Jen and her husband, Paul, were forced to “hit the reset button” in raising their 13-month-old son, Dominic. Their son’s small brain and body had to literally start over. How’s that possible?

When Dominic was just seven months old, he had a stroke. Doctors were never able to determine what caused it; it just happened.

Jen remembers that night vividly. The family went to bed, and at around 4:30 a.m., Jen and Paul heard Dominic crying but figured he was teething. They got up and tried to soothe him, but nothing worked. They started to worry and decided if he didn’t stop crying within two hours, they would go to the hospital.

But Dominic calmed down and fell asleep in his parents’ bed. The next morning, Jen couldn’t wake him. He struggled to open his eyes. She noticed his breathing pattern was different. That was it. She called 911. “When I went to put him on the stretcher to have a CAT scan, I saw a facial droop,” she says.

Doctors were able to stabilize him and he’s made a strong recovery since transferring to Holland Bloorview Kids Rehabilitation Hospital, but now Jen and her family face a future strewn with challenges and questions. At the same time, each parent is processing what happened in their own way.

“My husband had a really hard time seeing his son in the ICU with all these tubes,” says Jen, adding that there were moments when they wondered if he was going to survive. “I process things after the fact. Now that things have settled, it’s hit me — my son almost died. This actually happened. And it’s changed his life, and all of our lives.”

Jen and Paul’s lives before Dominic’s stroke were typical. Just weeks before, Jen was making plans for the opening of a private social work practice, building on her social work education, and going so far as to rent office space.

“I’m having a harder time emotionally now, whereas my husband did his processing at the beginning,” says Jen. “But we help each other. I can’t imagine how people either without partners or who are unable to communicate with their partners can make it.”

Despite such strong mutual support as well as exceptional care at Holland Bloorview, there’s always worry. The stroke caused significant brain damage in Dominic’s temporal lobe, which is responsible for movement. Though it’s hard for Jen and Paul to accept, a small part of his developing brain is dead. It’s just scar tissue now.

“Cognitively, he appears to be on par with where he should be for his age,” says Jen. “His speech is developing as it should. We have to keep an eye out for learning disabilities as time goes on, but it’s too early to tell.” Physical development — that’s where the reset button was pushed. At his one-year checkup, a Holland Bloorview pediatrician pegged him at about six months in terms of movement development.

His left side was initially paralyzed but he’s quickly regaining function. “Now he’s much more mobile but not in the typical way you would see a one-year-old move around.” While all of this is encouraging, Jen and Paul wonder what the future will hold, both in terms of how this stroke will affect him and how society will treat him.

“Will he regain function in his left hand?” asks Jen. “He can move his arm somewhat, but not having your hand is life changing. How do you put on a shirt? How do you tie up your laces? How is he going to zip up his jacket? It’s simple things like that I think about. When he starts school, what’s that going to look like? Are kids going to tease him? Is he going to have the self-confidence to tell people what happened? I work with kids who are bullied, and I know how it manifests in their psyche. There is stigma out there. People will make assumptions about him, or about anybody who is different.” 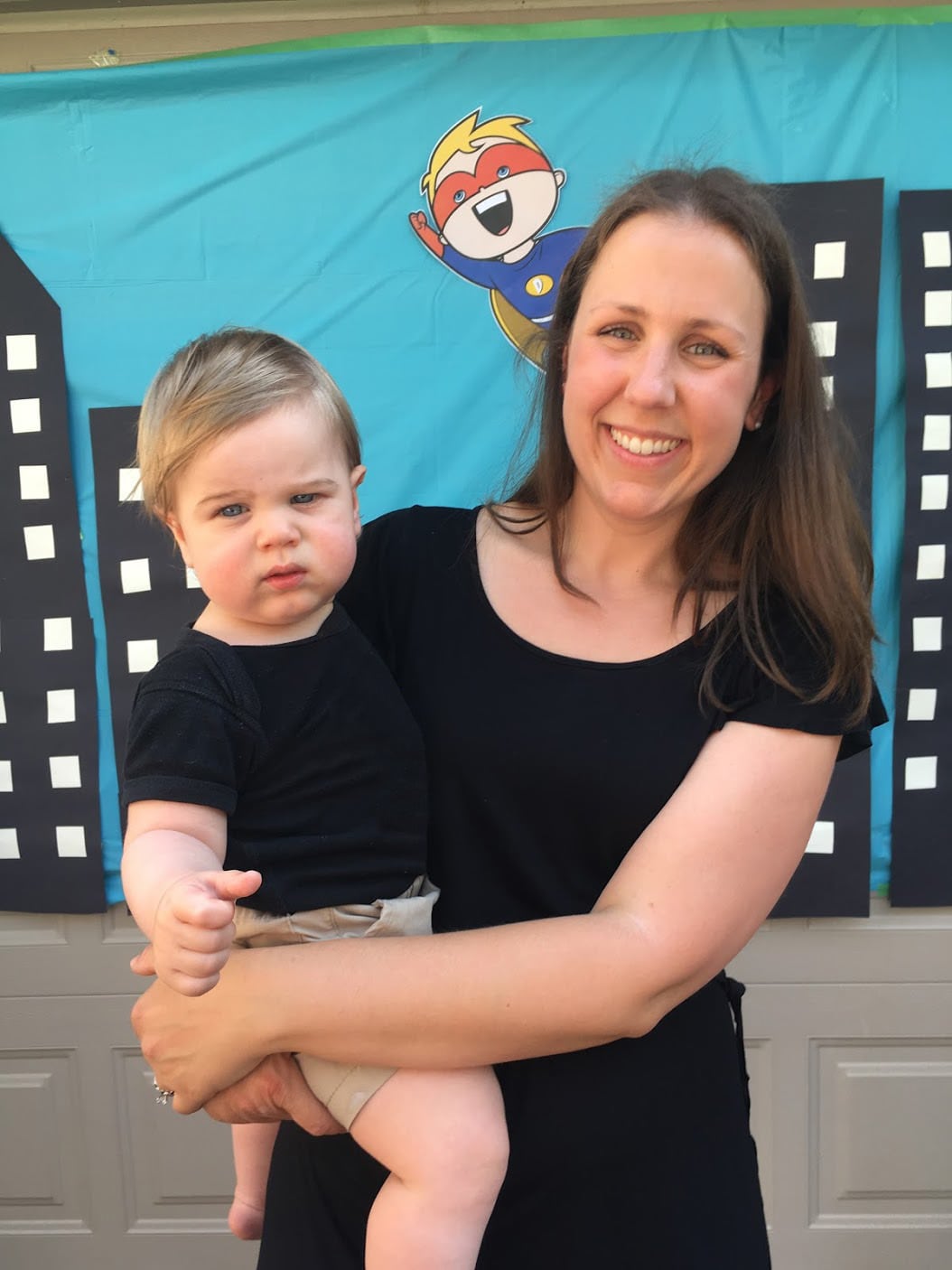 It’s these uncertainties that led Jen and her family to decide to act as spokespeople for the upcoming Dear Everybody campaign at Holland Bloorview.

Dear Everybody is a national public awareness movement and campaign focused on challenging and breaking down disability stigma and stereotypes. It focuses on major issues such as employment, bullying, friendship, education and health care, spreading awareness and providing tools to educate the public about the role they play in building an inclusive society that embraces young Canadians with disabilities.

Friends and neighbours are trying to be supportive when they say things like “You can’t even tell that he’s had a stroke” or “Don’t worry; he’ll make a full recovery.”

Says Jen, “Those conversations, although well intentioned, are somewhat hurtful in the sense that it’s okay if he doesn’t make a full recovery. Whatever Dominic’s final outcome is, he’ll be great. If he doesn’t crawl or if he doesn’t use his left arm the same as other kids, he’s no less.”

By promoting Dear Everybody, she hopes to promote this thinking and spark a dialogue about disability. “It’s not a problem to ask what happened or to hear information or to try and understand,” she says. “I’m speaking about the stigma people face if they look a little different, move differently or use different equipment. I just hope that Dear Everybody makes people a little bit more comfortable seeing people with disabilities around, because they’re here. Accept it and let’s embrace it.”

Visit deareverybody.ca to support Jen and see what a world without stigma looks like.