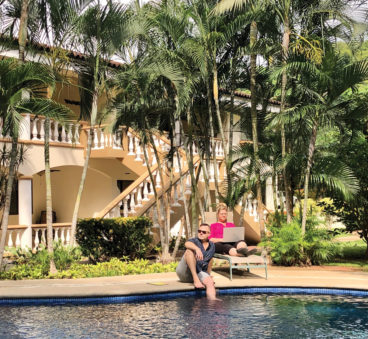 The Digital Nomads: David and Belinda

They swapped cubicles, traffic and wind chill for beaches, adventure and significant savings

Soul-crushing winters, gig economies, eternal commutes—the urban struggle can be very real. But instead of giving in or giving up, some Torontonians are getting out: they’re packing their laptops (and yoga pants and GoPro cameras) and taking their work on the road. Where to? Places like Bali, Sydney and Medellín, which have become hubs for digital nomads and thriving micro-industries to support them. But mostly, the destination is wherever the sun shines, the Wi-Fi is reliable and the living is easy. Scenes from the new frontier of work.

Who they are: Belinda MacNeil, 45, a virtual assistant, and David J. MacNeil, 49, a freelance video producer and voice-over specialist
Where they do it: Costa Rica, with plans for South Africa, Spain and Portugal
What it costs: Travel $300, transportation $100, food $400,
entertainment $825, health insurance $83, work expenses $160

Belinda: We had always dreamed of retiring in a Spanish-speaking country. Last year, I was working as a product manager for a travel company, creating custom itineraries for long-haul destinations, negotiating contracts and creating brochures for various cities.

David: We got married in Costa Rica and loved it so much we returned twice. On one of our trips, we met a couple from Calgary who introduced us to an expat community of about 30 people. We met more people on that trip than in four years in our Toronto condo.

Belinda: We owned a two-bedroom condo on Fort York Boulevard, and one day we saw an ad in our mailbox—the unit above ours had sold for nearly $900,000.

Belinda: People think the biggest challenge of living on the boat is space, when it’s actually about managing the environment the boat is in. The high waters in Toronto this past summer were really challenging.

Belinda: I tried to convince my bosses to let me work from Costa Rica, but it didn’t work out. David was more successful in that negotation: as long as he has the proper technology on his laptop, his clients are fine with him working from wherever. When I heard about virtual assistants—people who help with email, scheduling appointments and more—I decided to give it a try.

David: We recently bought a two-bedroom condo in Costa Rica. We use one of the bedrooms as an office space, where Belinda works. I don’t mind taking my laptop outside. We just arrived, but I estimate that we’ll spend about $3,000 a month on everything. That’s 60 per cent of what we spent when we were living in Toronto. 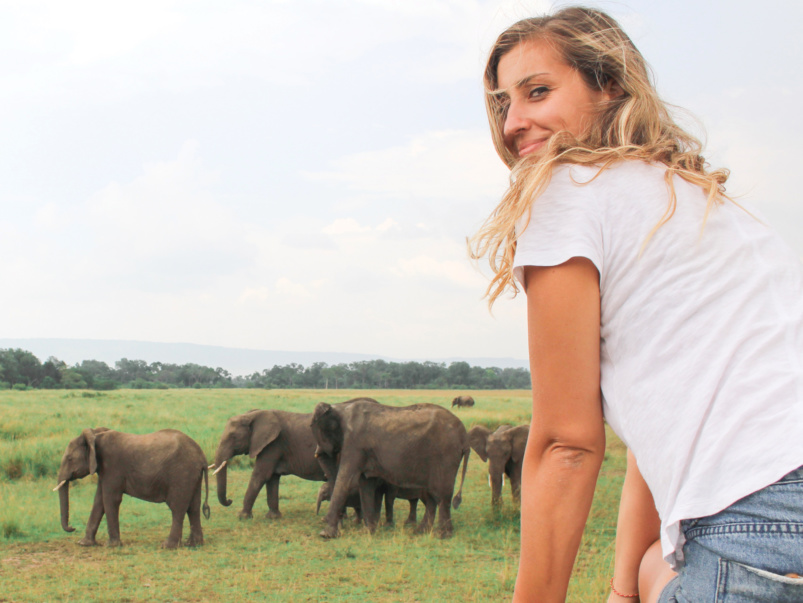 She was bored with her nine-to-five job, so she quit and took her business on the road 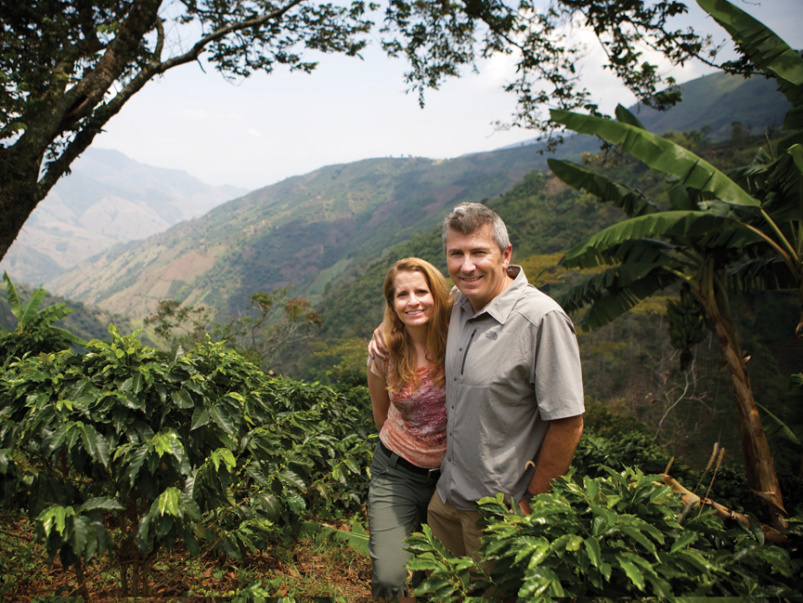 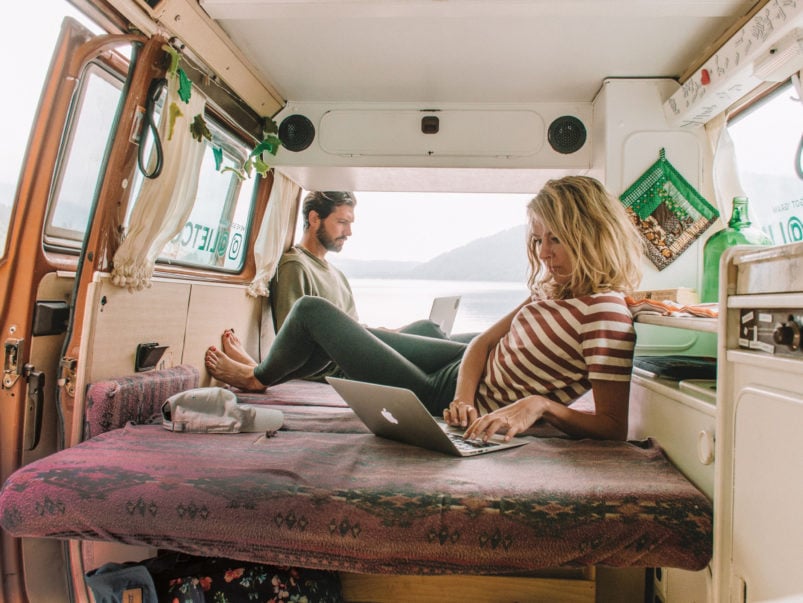 They gave up their condo, bought a VW Westfalia and drove across the country 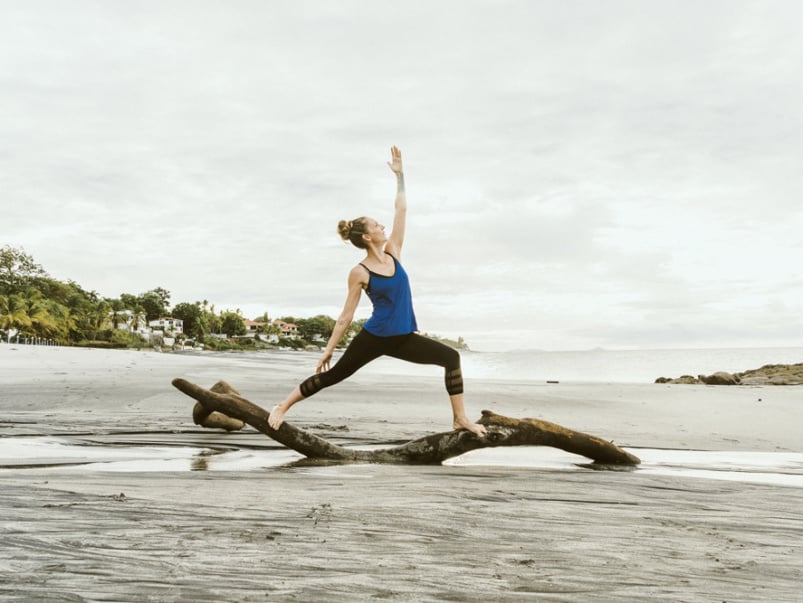 They were living at her parents’ house to save. Now they live along the beach in Bali 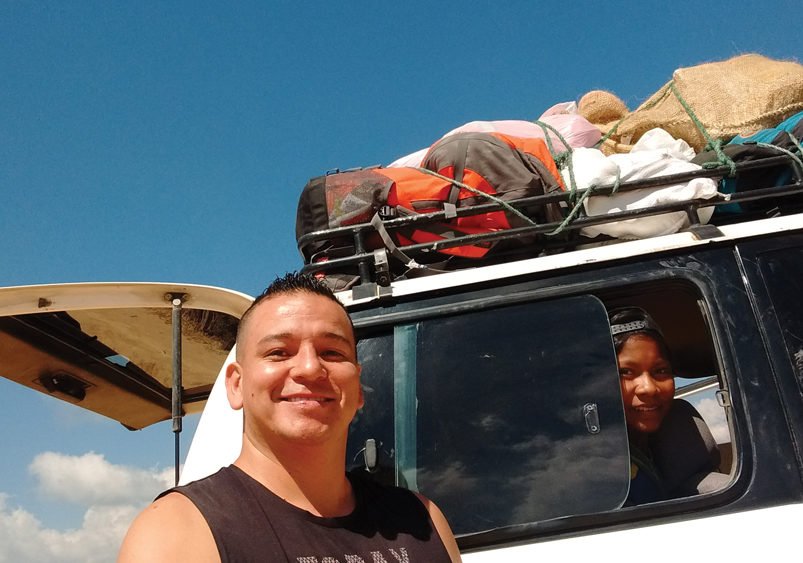