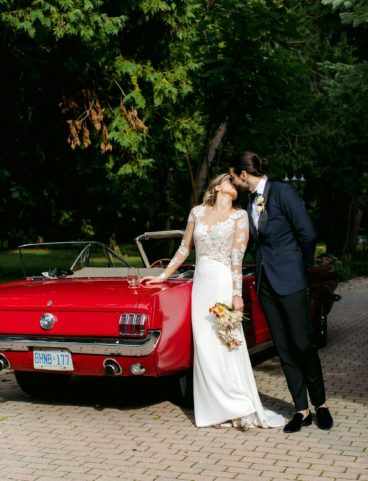 Inside an eclectic Serbian celebration at Piano Piano

In 2010, when Nina Djurkovic was studying at U of T, Nemanja (Nem) Jakic showed up to a party at her house with a mutual friend. “My first thought was, hubba hubba… look at this guy!” Nina says. The two spent the entire night talking and later, moved their conversation over to MSN Messenger. At the time, Nem was studying for his CFA financial exam and Nina was finishing her undergrad in architecture, so they had one of their first “dates” (a study date) at the Victoria University library.

They spent three years living in different cities while Nina did her master’s degree in New York City. When she returned to Toronto in 2016, they moved in together. Two years later, on a windy night in April, Nem put on one of her favourite songs—“Besame Mucho” by Trio Los Panchos—and asked her to come out on the balcony to make sure none of the plants or patio furniture had toppled over. Then, Nem proposed.

They spent the next few months planning a 100-person wedding for fall 2018.

This Hayley Paige dress was the fifth one she tried on. “I wanted something timeless,” says Nina. She added with glittery Miu Miu heels, a relaxed updo and simple makeup: 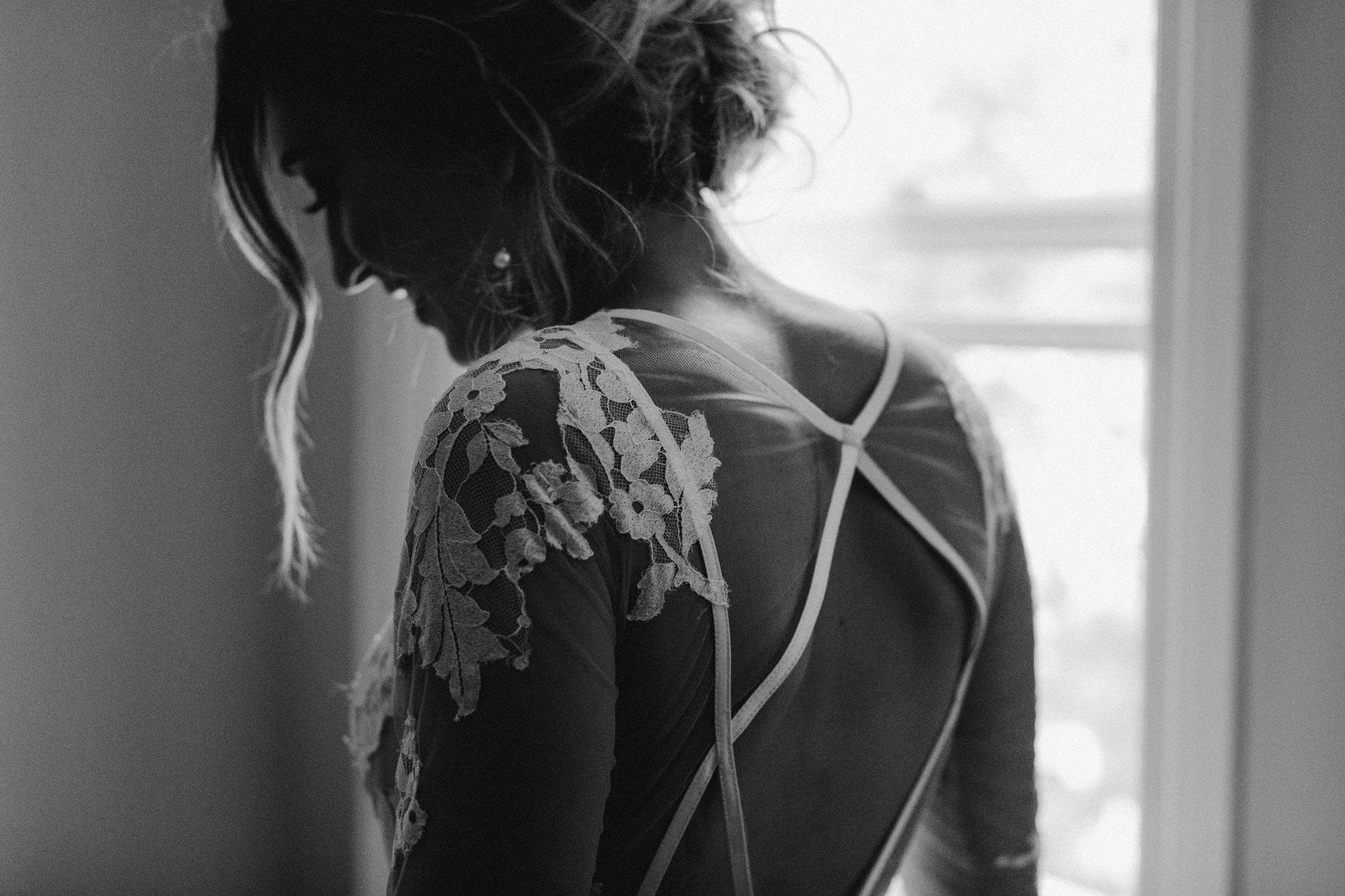 Nem had his navy blazer and black dress pants custom-made at Suitsupply: 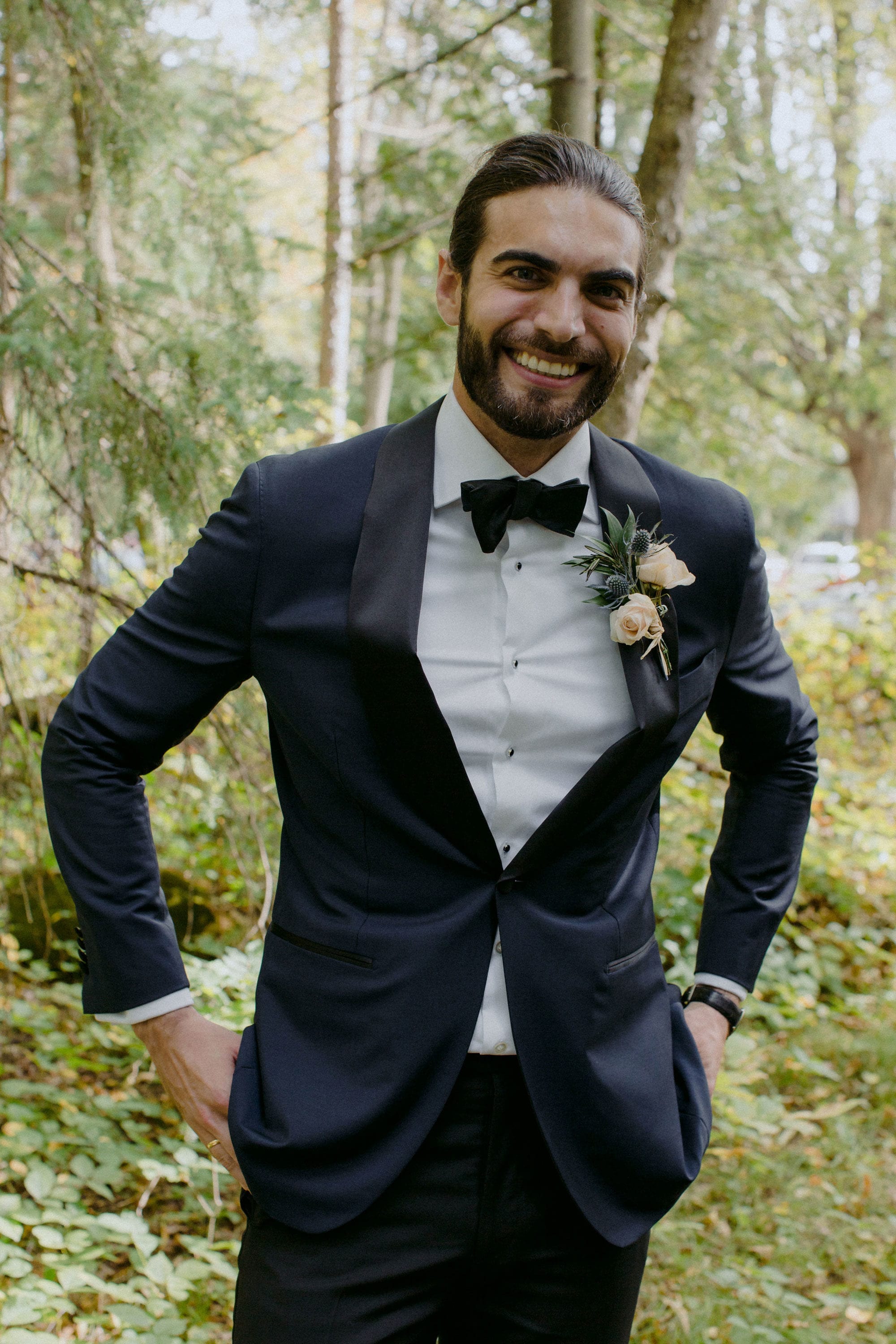 The couple had their ceremony at the Holy Transfiguration Serbian Monastery in Milton. Both Nina and Nem are Serbian, so they incorporated traditional Serbian marriage rituals into the ceremony, like the lighting of two candles. After, the couple takes the candles home and lights them again on Mladenci (or “newlywed”), the holiday of love and youth: 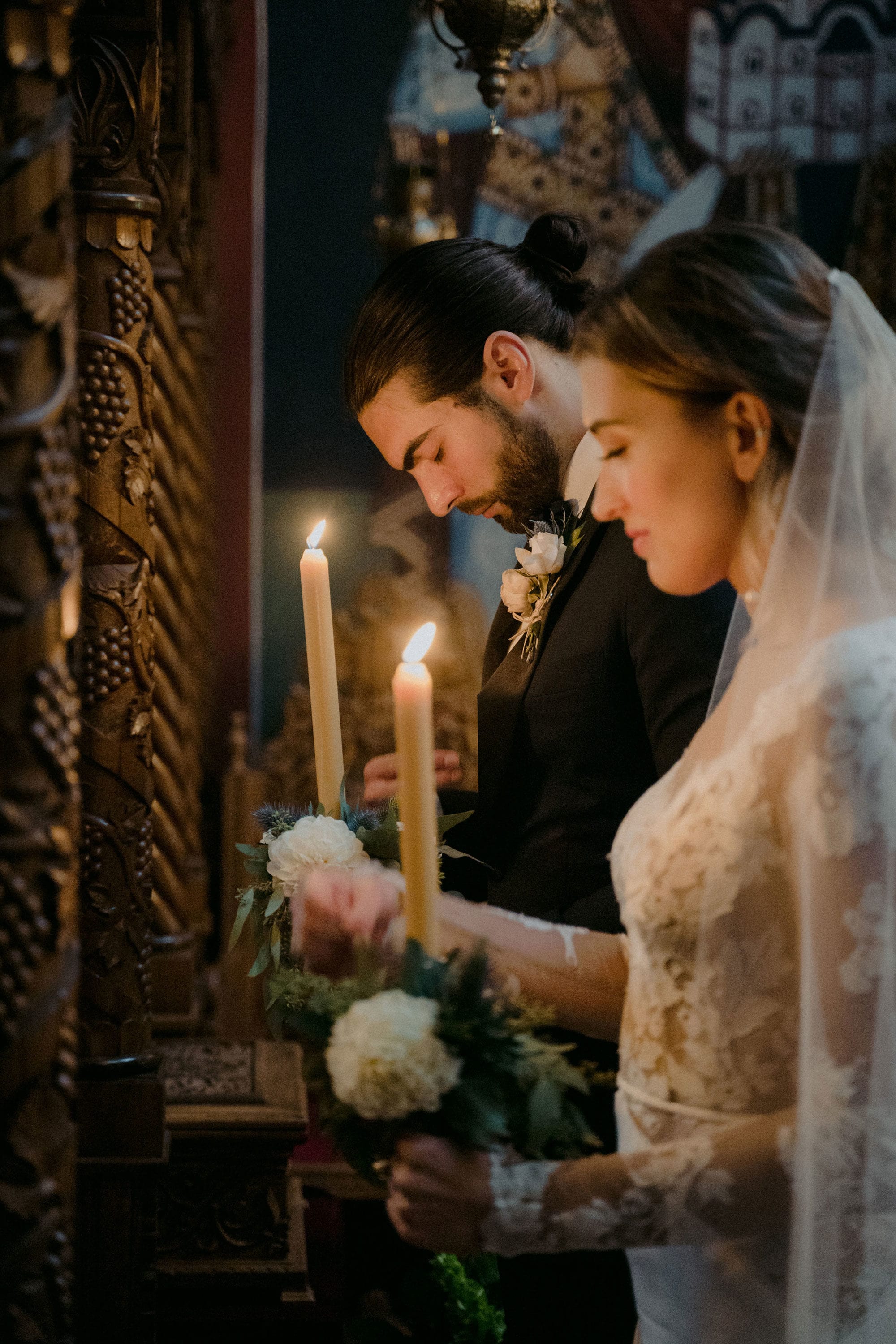 Here are the newlyweds after the ceremony: 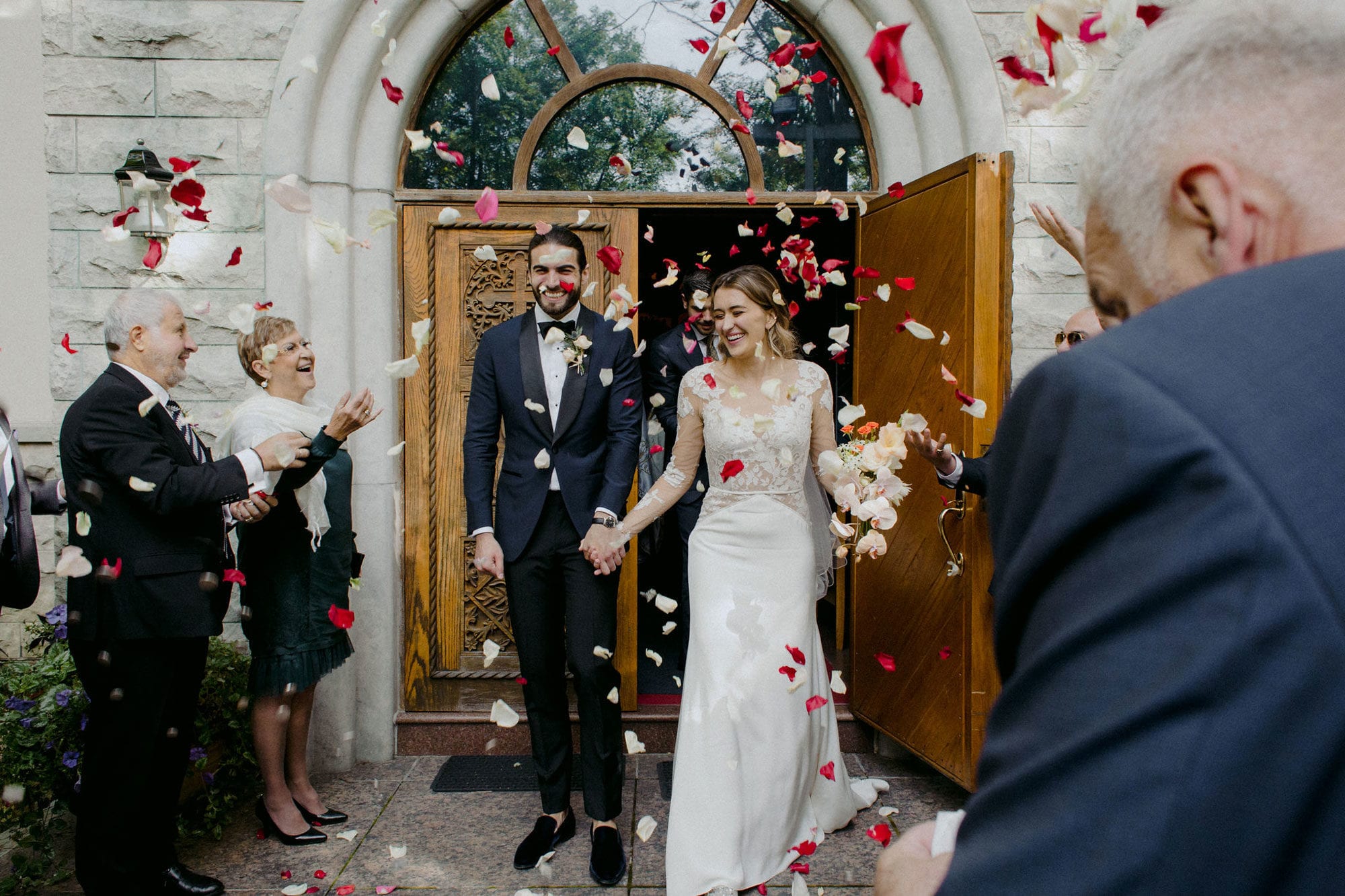 The couple lives in Harbord Village, so they decided to host the reception at Piano Piano. “Having great food was such an important part of the wedding,” Nina says: 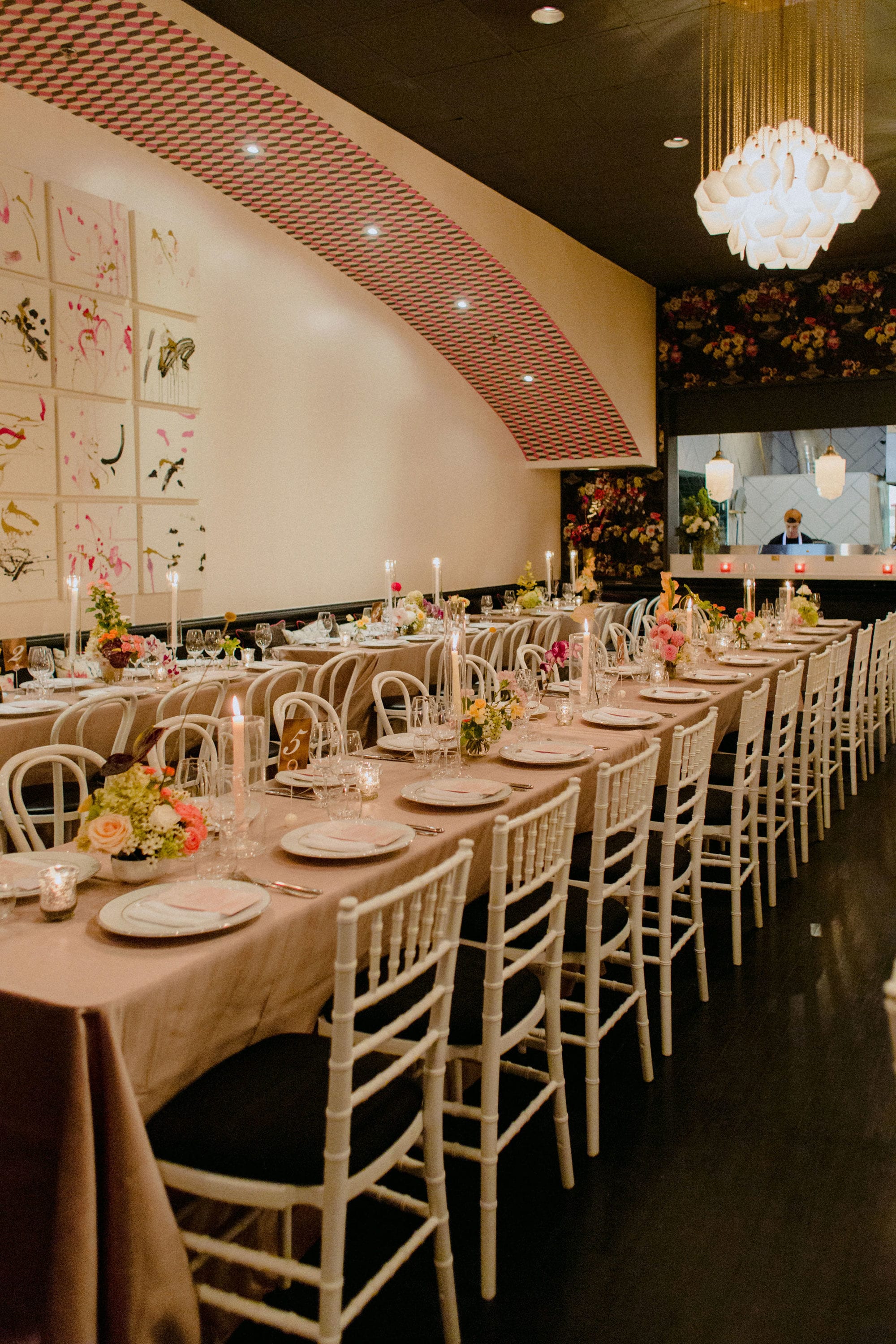 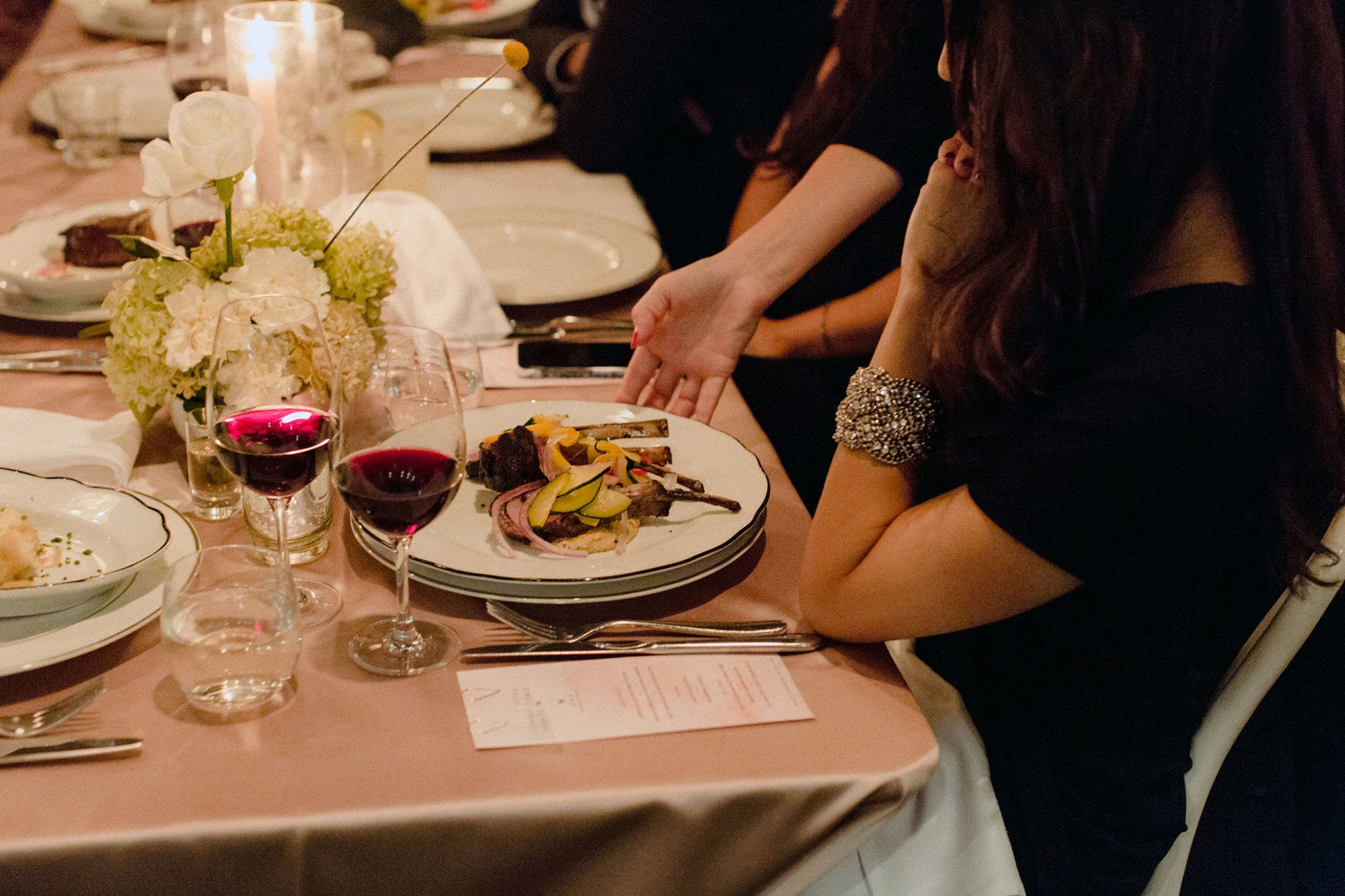 Balkan brass music is a typical feature of a Serbian wedding. Nina was having a hard time finding a band, but Nem’s sister-in-law ended up recruiting Mopral Brass Band for the festivities after seeing them play at Tennessee Tavern. They were one of three musical acts to play at the reception: 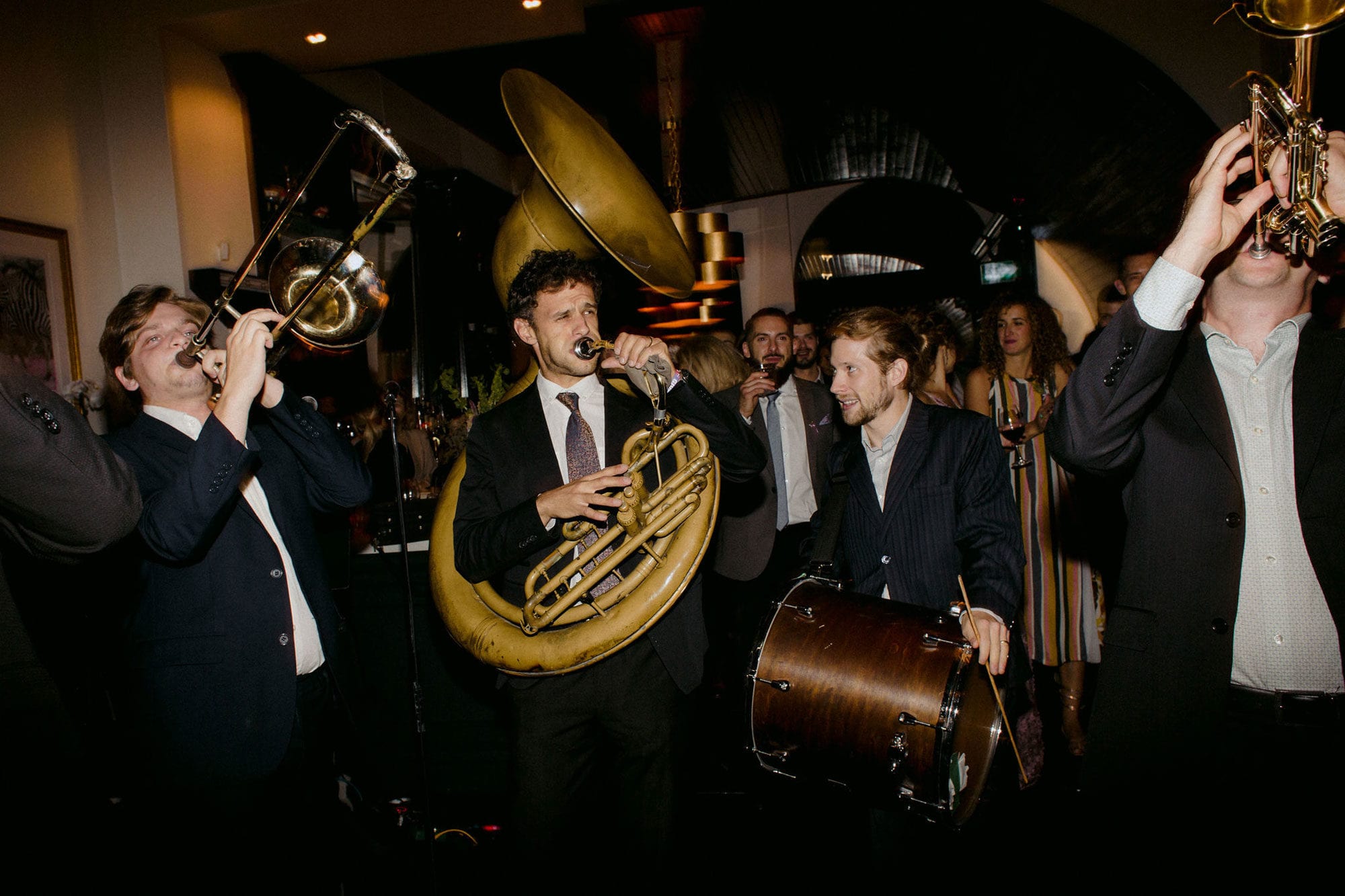 There was so much dancing that Nina ended up spraining her knee before the night was over: 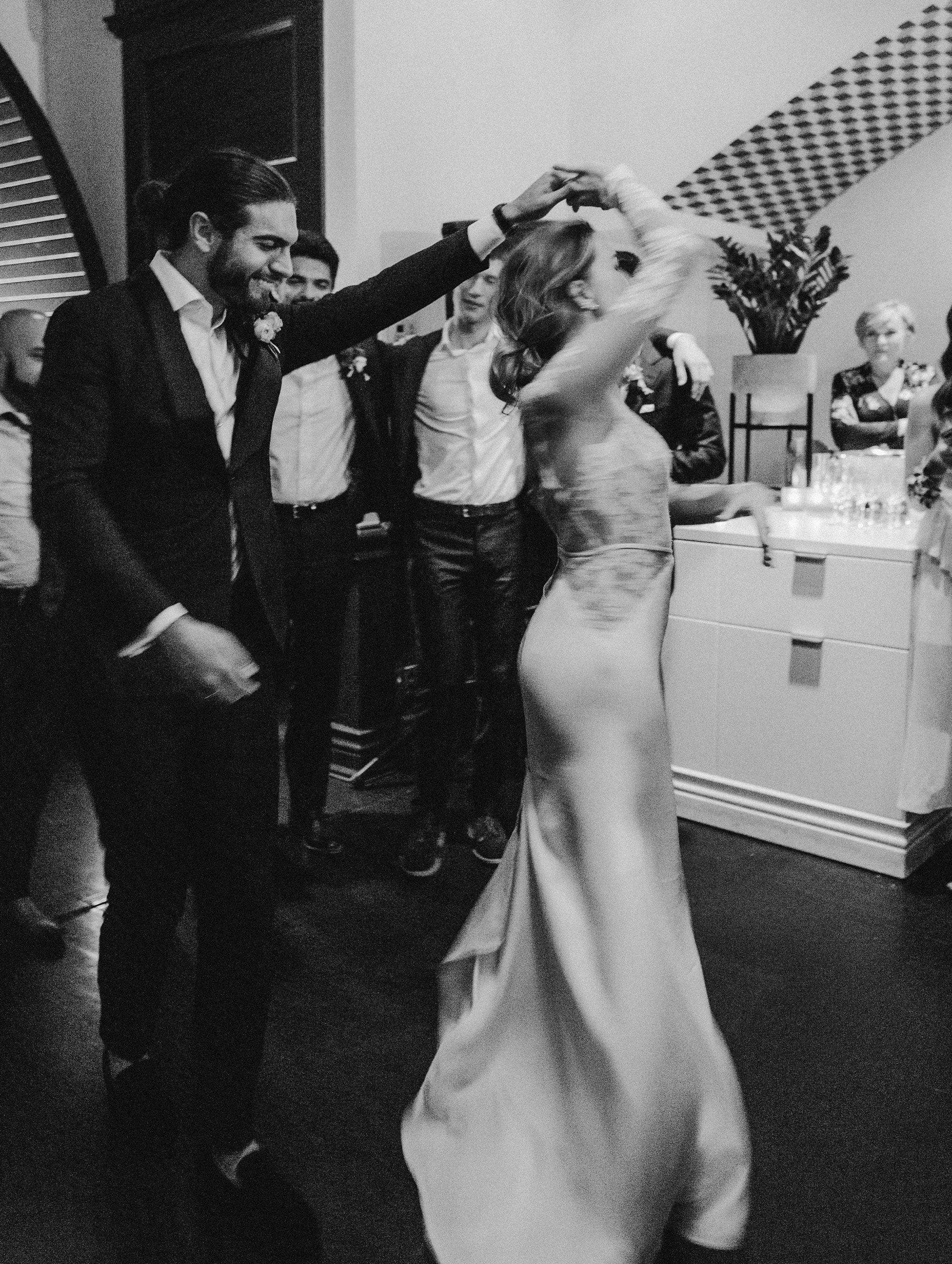 At the end of the night, Nina changed into a jumpsuit from Zara and the couple went outside with a few of their friends to light sparklers. “We did it for the ‘gram,” Nem jokes. 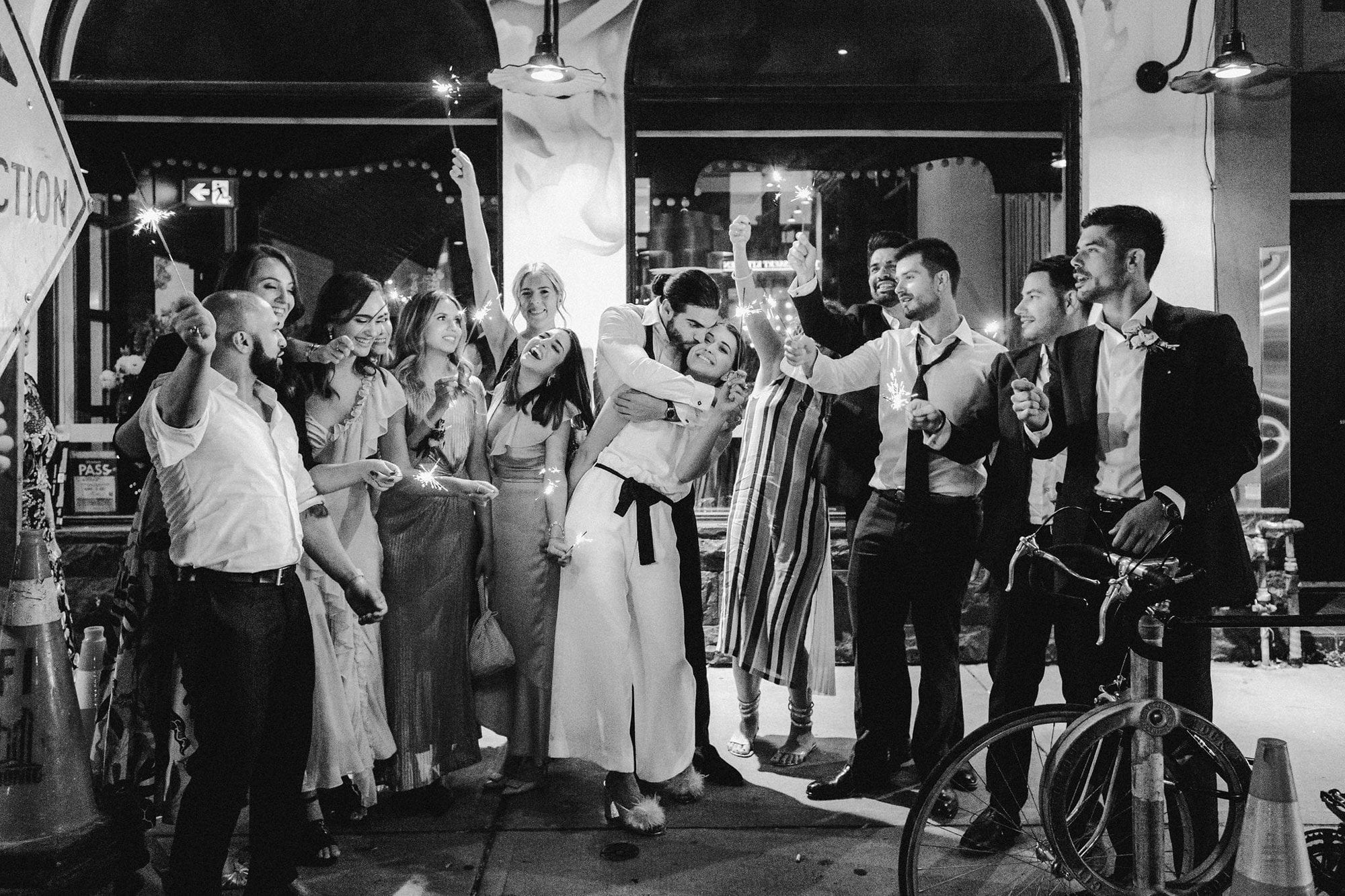