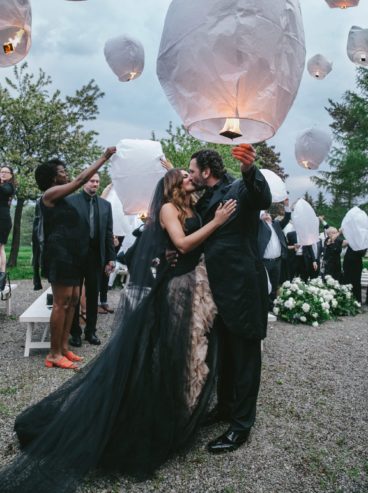 Natasha Koifman met her future husband, race car driver Anthony Mantella, two years ago at their Summerhill gym. They shared the same trainer, but had different schedules and didn’t officially meet until Natasha needed some advice on selling her Porsche. Her trainer recommended she talk to Anthony, since he knew a thing or two about cars. After a brief chat, he asked if she was single. They had their first date at Boxcar Social the next day. “I’d never been on a date like that,” says Natasha. “He basically told me everything about himself—the good, the bad, everything. It was full disclosure.” A year later, he pulled off an impromptu proposal in New York City. The pair was walking along the Hudson River and passed one of Natasha’s favourite jewellery stores. Anthony suggested they go in, then he picked out a perfectly round diamond for her to try on. “It was beautiful,” says Natasha. “So I put it on and we were engaged.”

The first thing they did was hire a wedding planner. Natasha, the founder and president of NKPR, organizes extravagant parties all the time, but knew she couldn’t plan her own wedding. “It’s like that saying, ‘the cobbler’s family has no shoes,’” she says. While they’re both city-dwellers, they wanted to hold their wedding in nature. Two of their friends own Dog Tales, a luxurious pet sanctuary an hour north of Toronto, and let the couple use one of their King City properties. 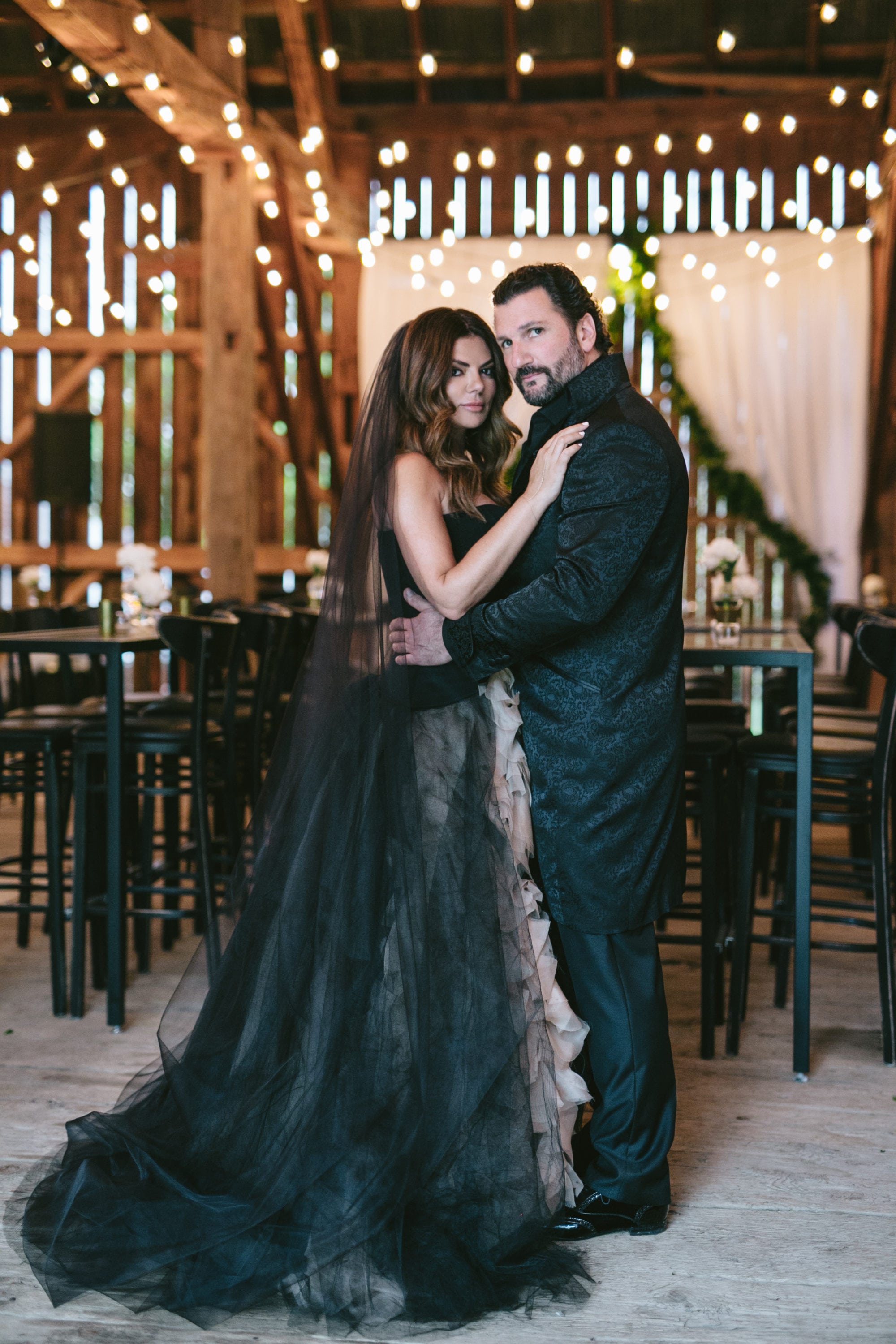 The ceremony was held outside, and white flowers decorated the aisles: 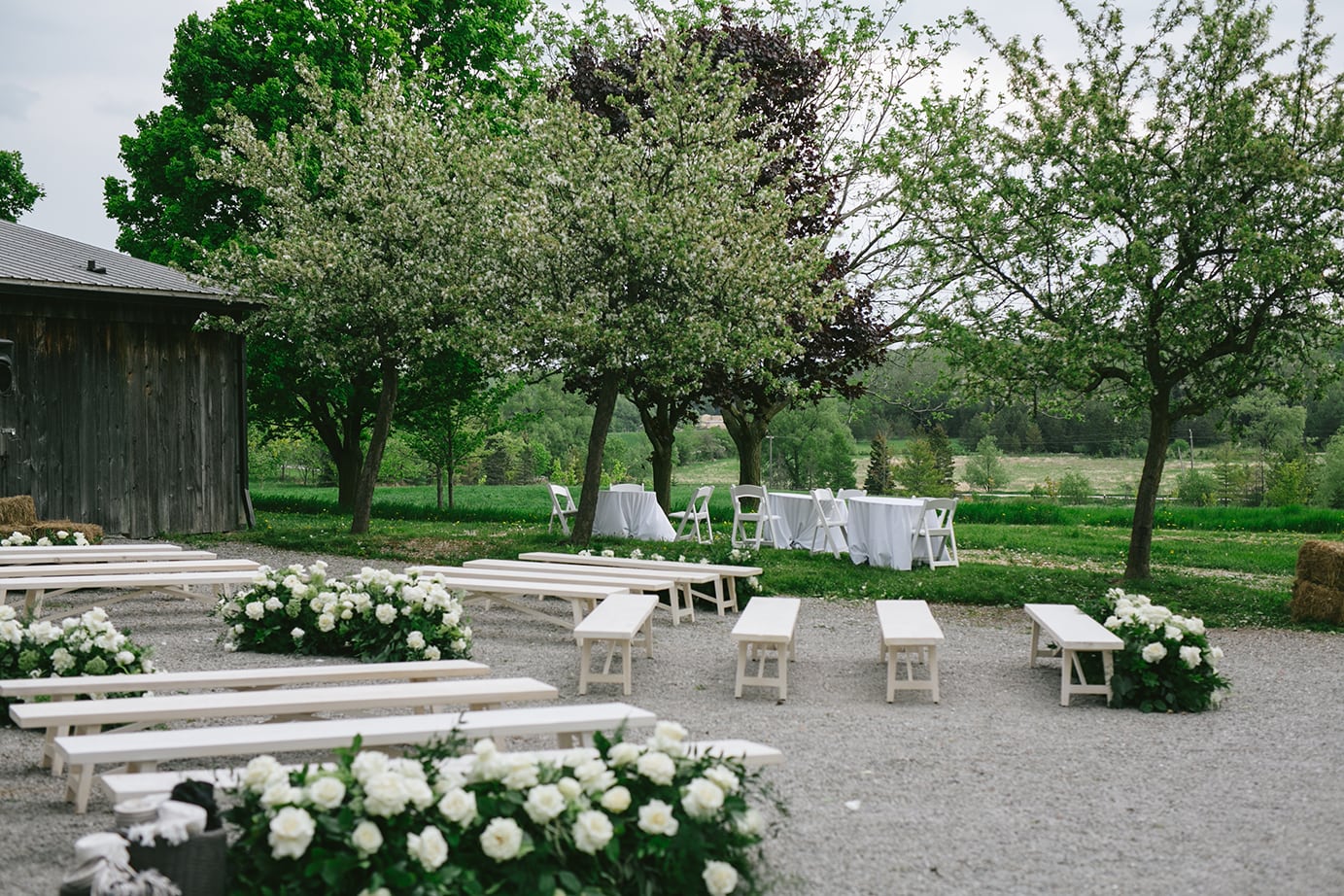 There was a favour table set up with Polaroid cameras, blankets and flip-flops: 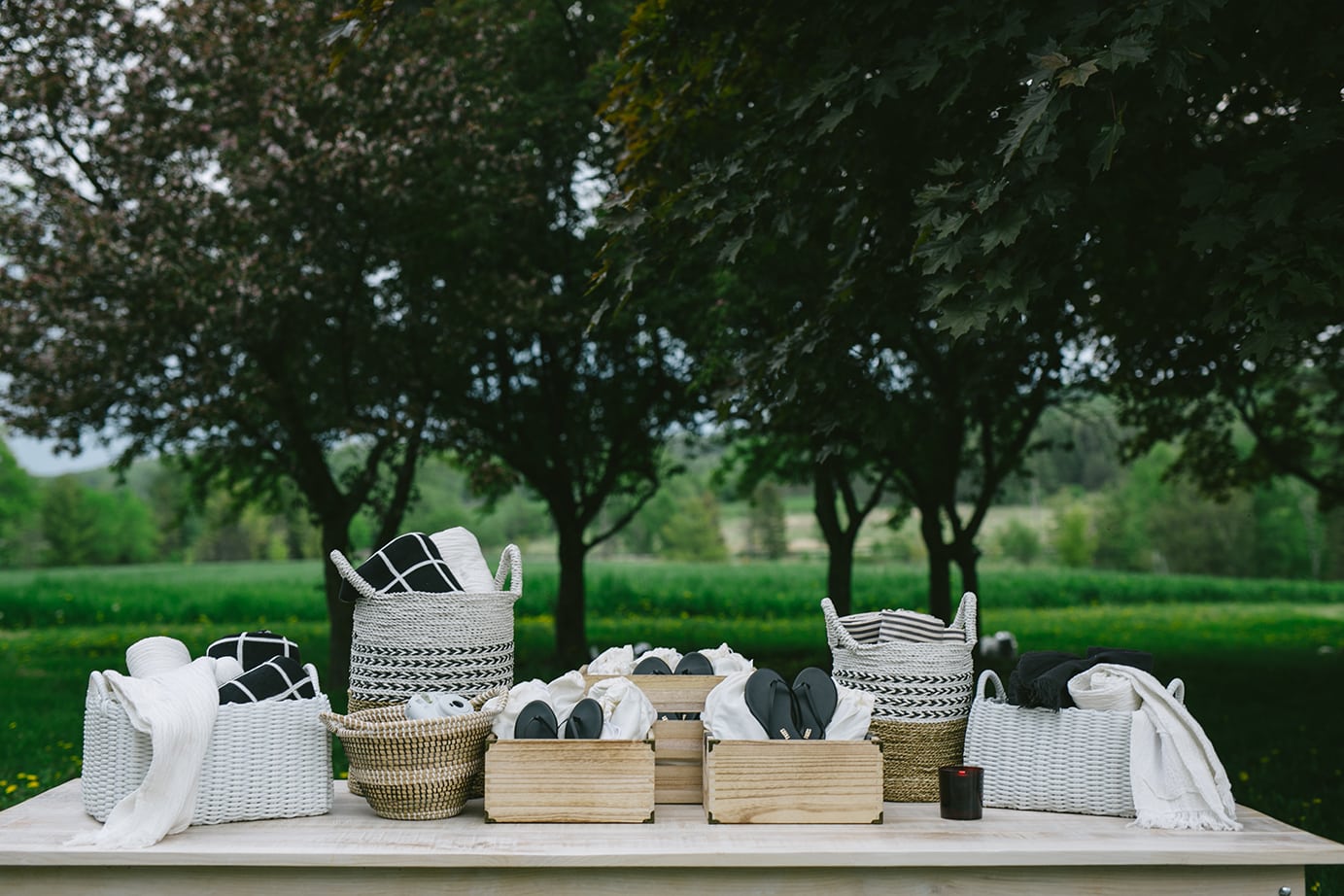 Two of Natasha’s best friends from NYC, Lark-Marie Anton Menchini and Craig Lawrence, officiated the ceremony. “They were my first friends Anthony actually met,” says Natasha. “They’re like family to me.” 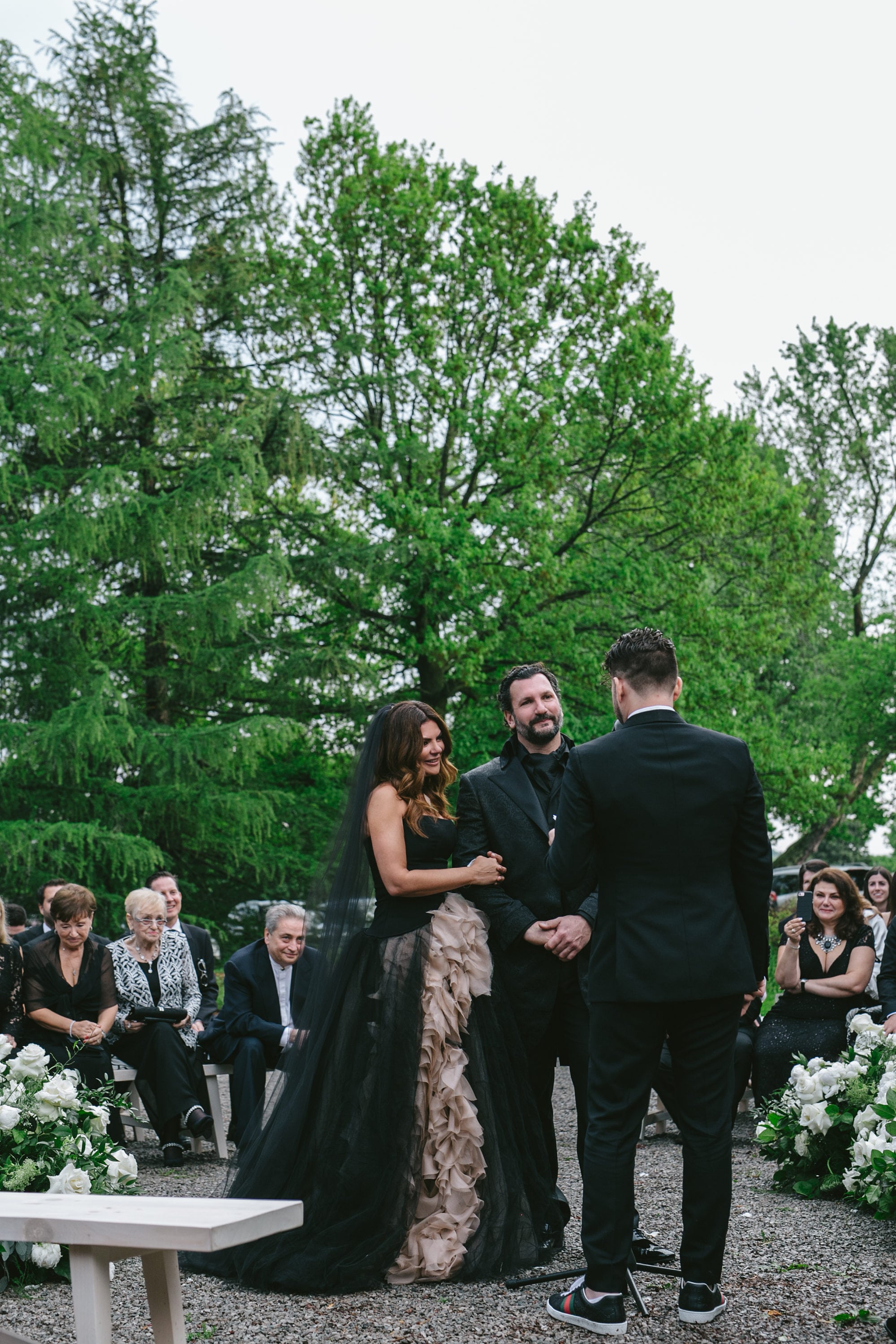 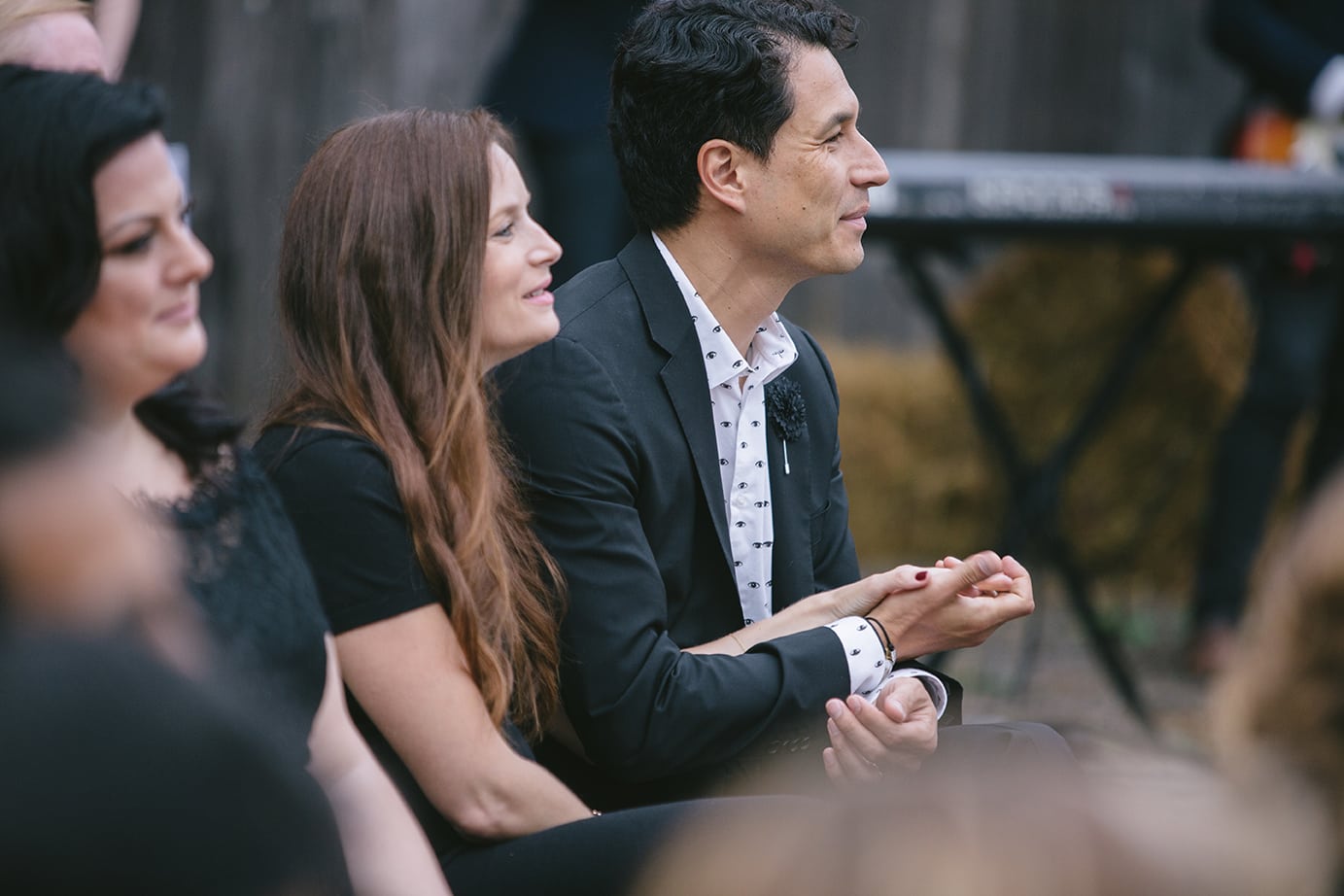 After the ceremony, everyone lit “wishing lanterns” and watched them float into the sky. “It was really touching and emotional,” says Natasha. 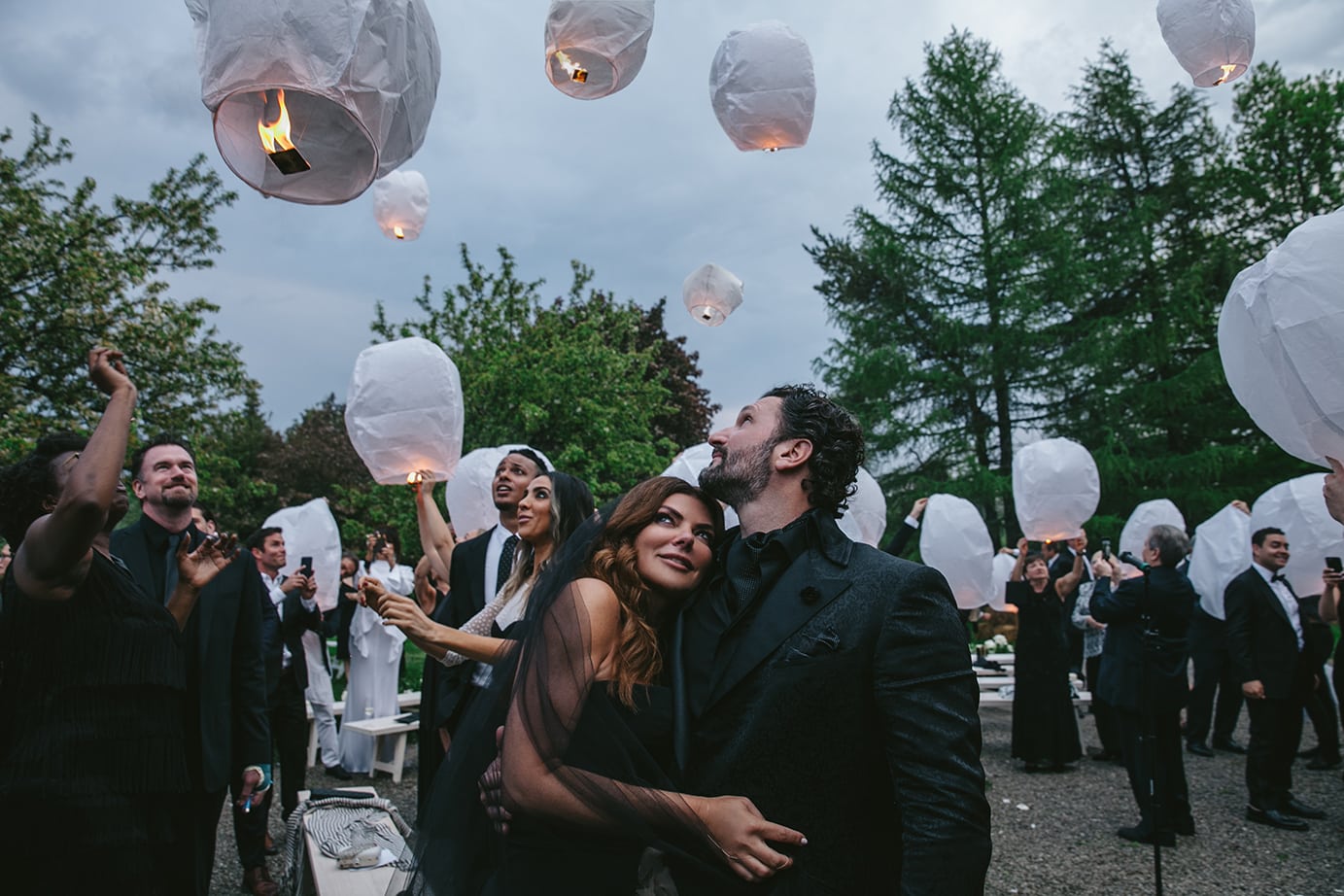 The dress code was black and white. Natasha’s is notorious for wearing all black every day—her three wedding dresses, which were all custom Vera Wang, were no different. “I wanted to stay true to me,” says Natasha. “Black is what I feel most confident and comfortable in.” 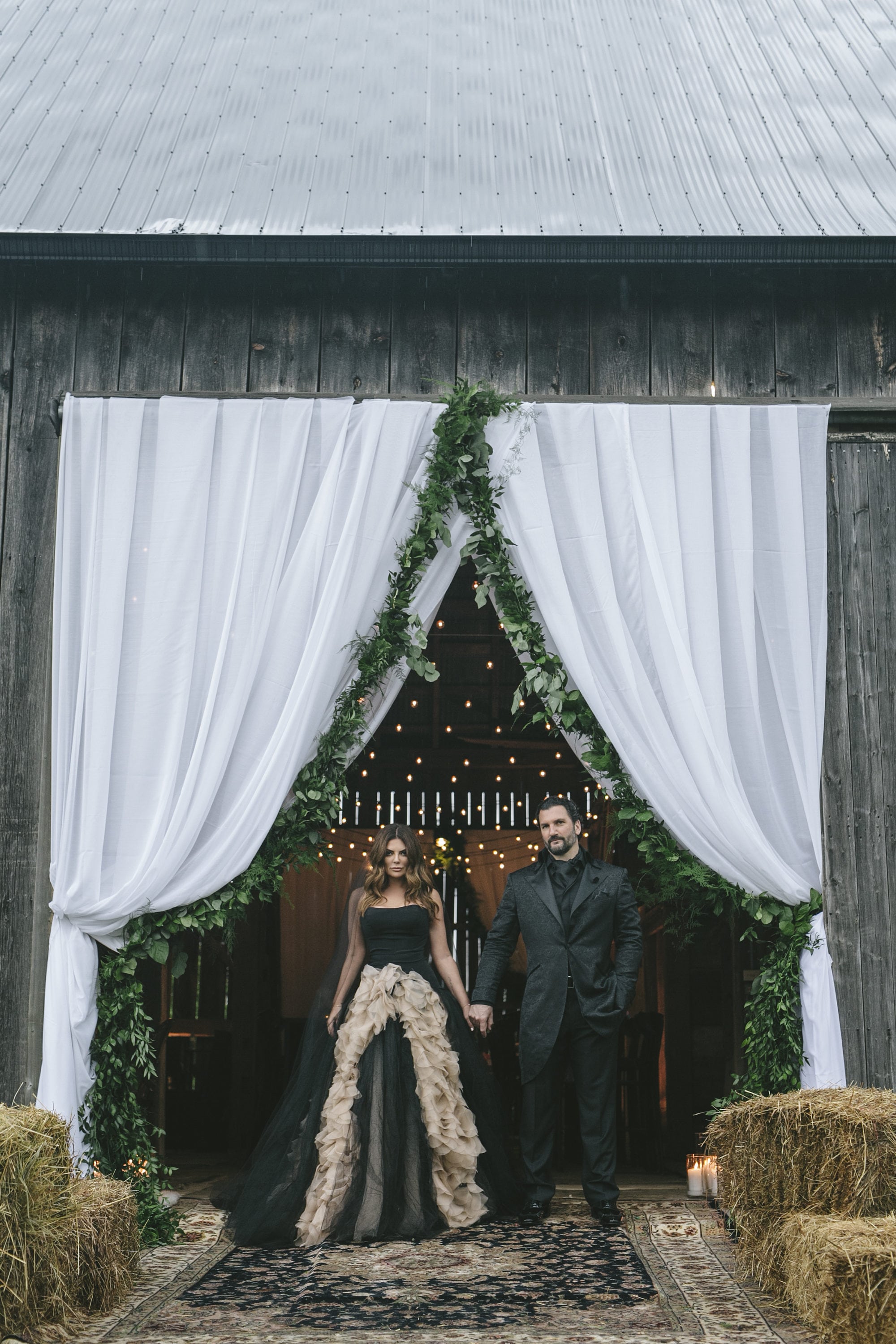 The reception was held inside the barn, which was filled with sleek black tables and luxurious lounge areas: 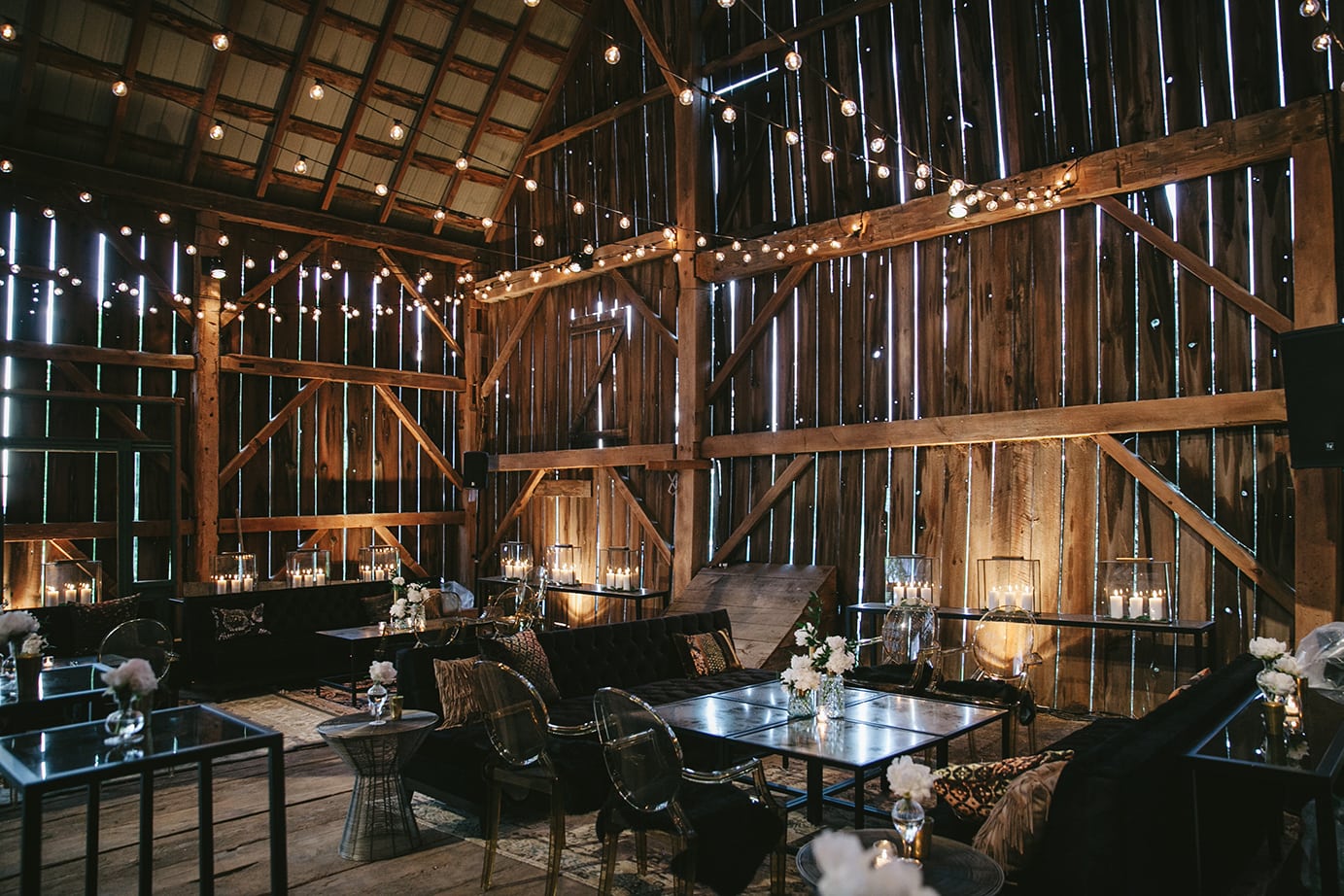 Outside, guests snapped pics in front of giant white balloons: 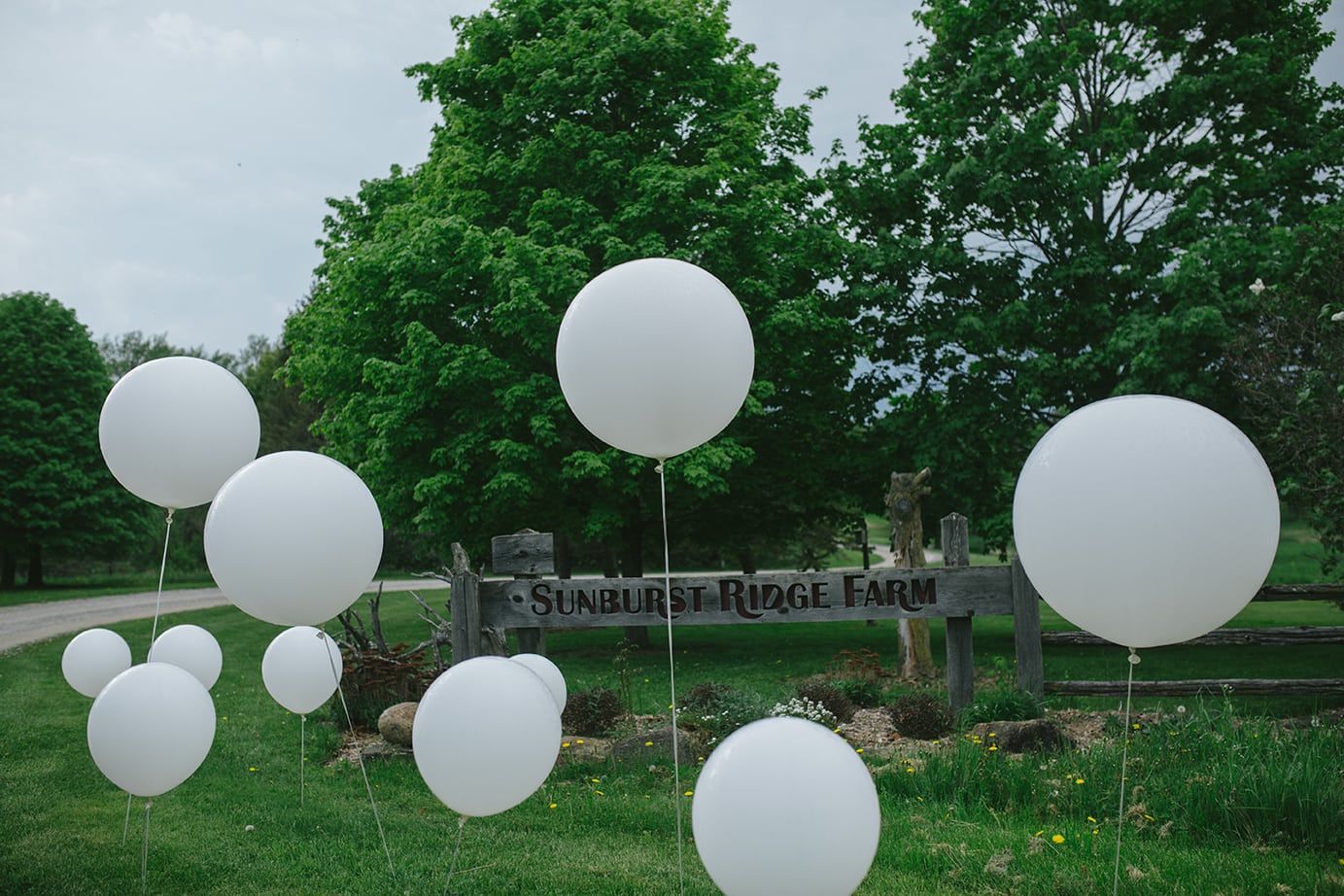 Anthony took care of the music and Natasha handled the food. “I’m a big foodie, but I’m not a fancy foodie,” says Natasha. Guests snacked on everything from roasted cauliflower to mini Big Macs: 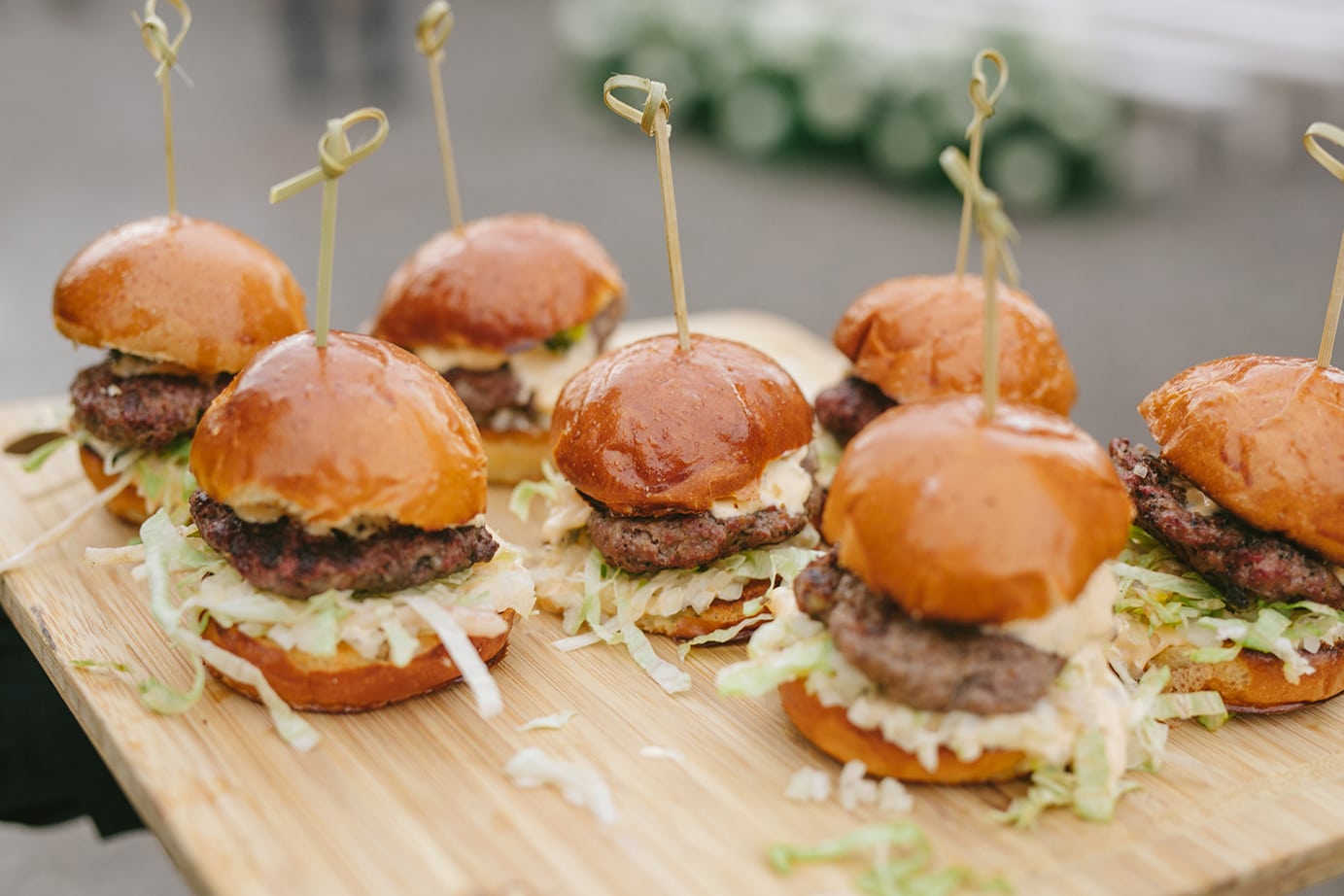 For dessert, there were Dairy Queen blizzards (Natasha’s favourite) and a cotton candy station: 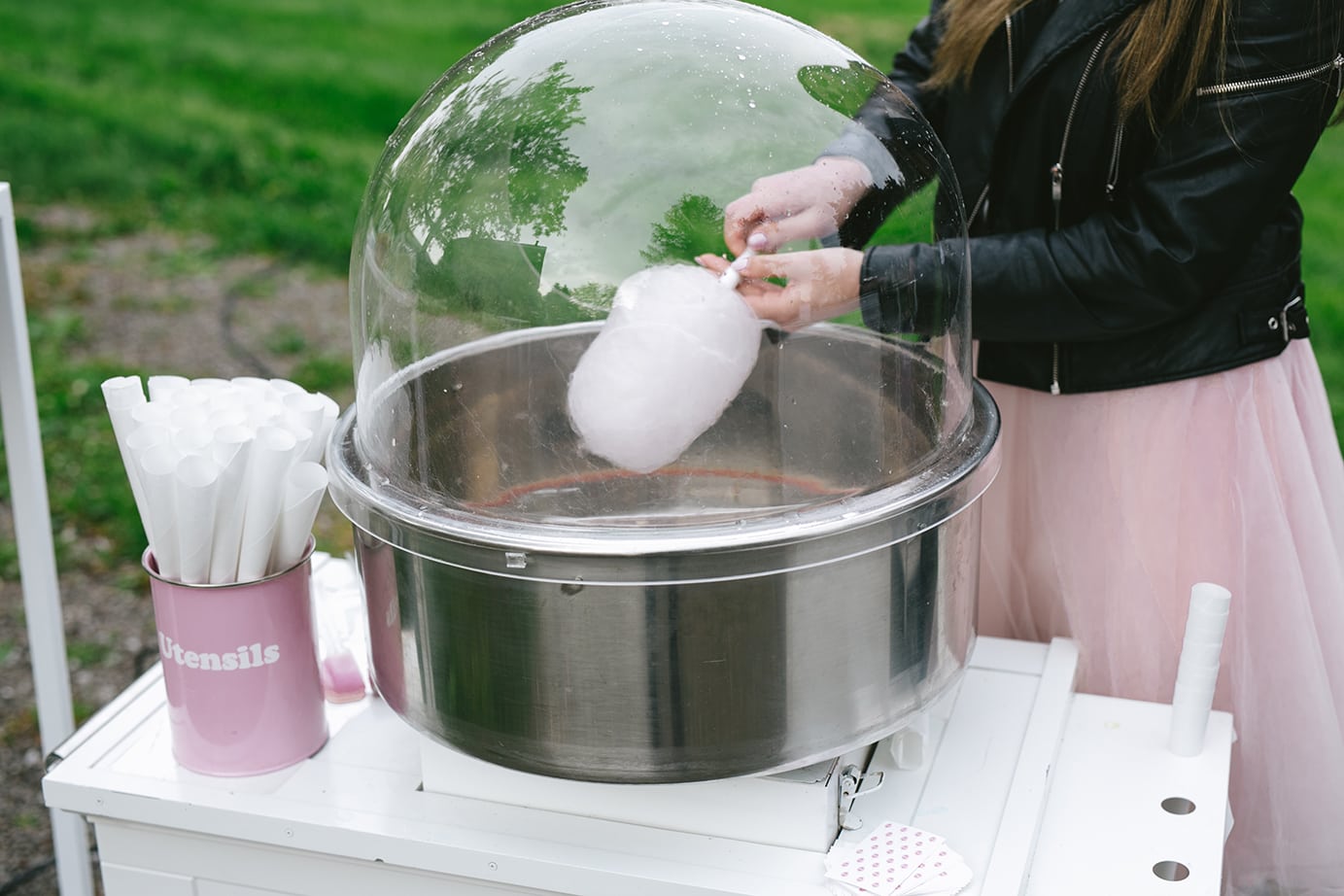 The specialty cocktail, To the Moon and Black, was made with a black vodka called Hounds: 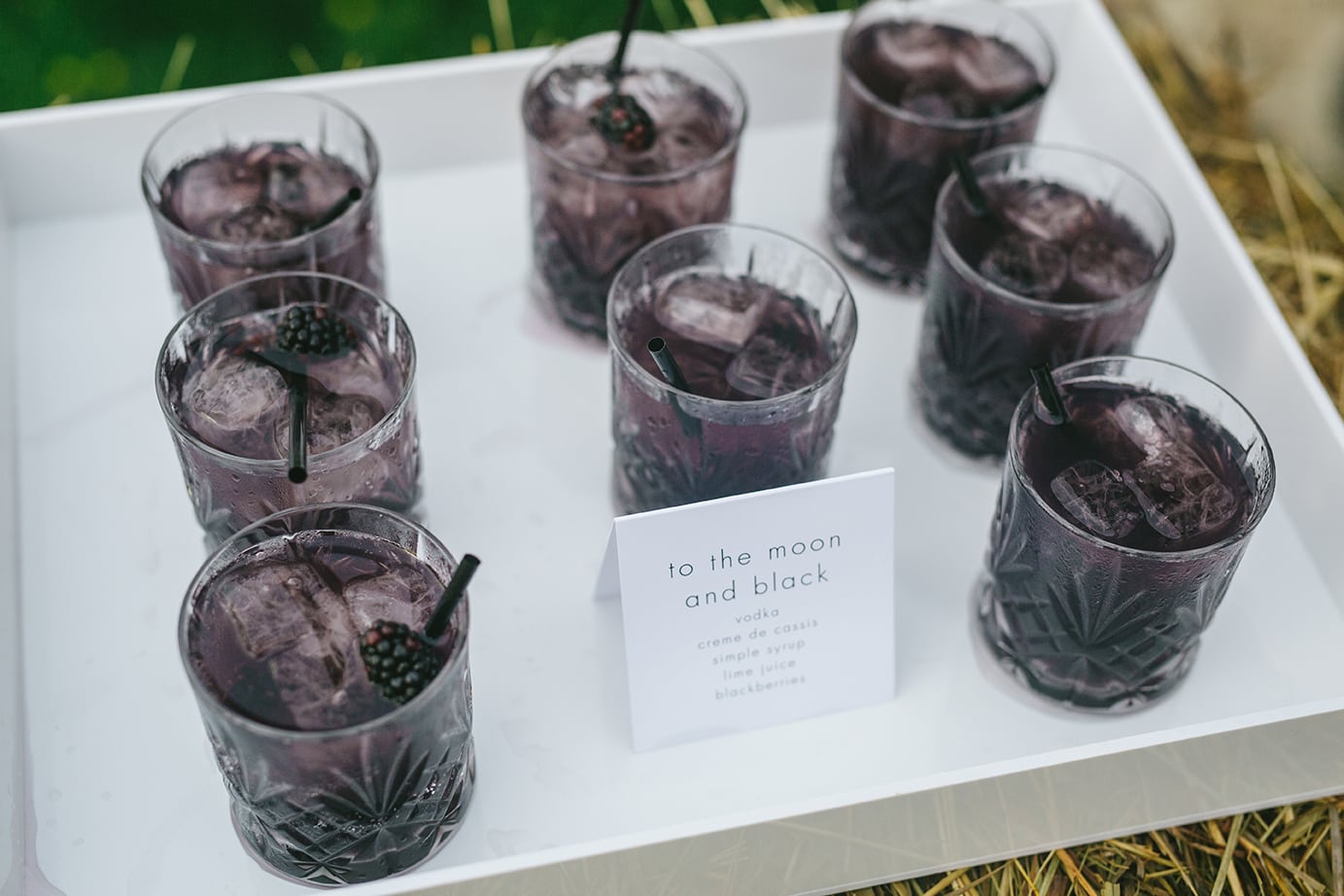 Natasha changed into her second dress for the reception and speeches. “I love the way Vera corsets,” says Natasha. She had a third dress for dancing, but opted for jeans and a T-shirt instead. 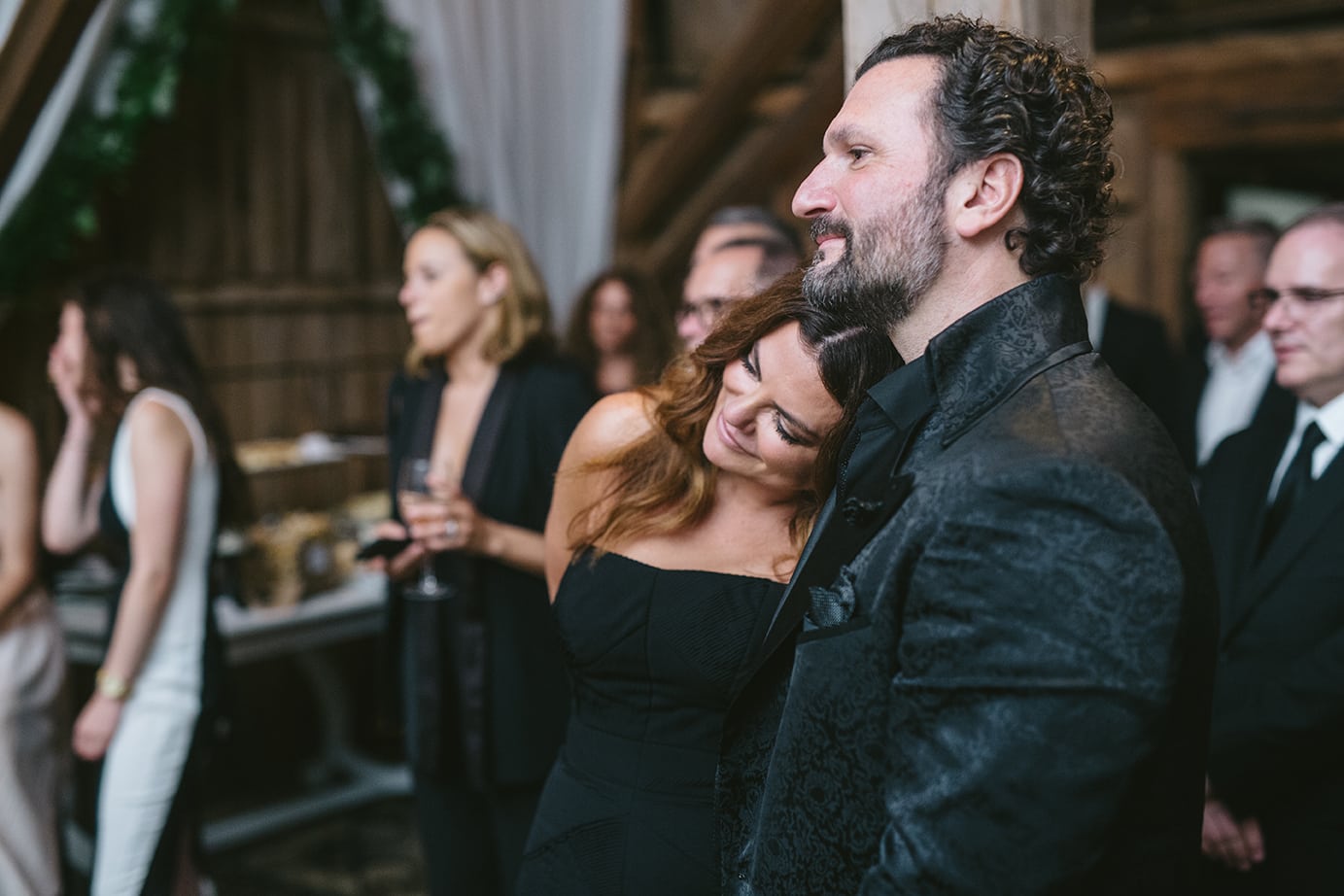 During the dance party, Zoomer editor-in-chief Suzanne Boyd tore up the floor with Paul Alexander: 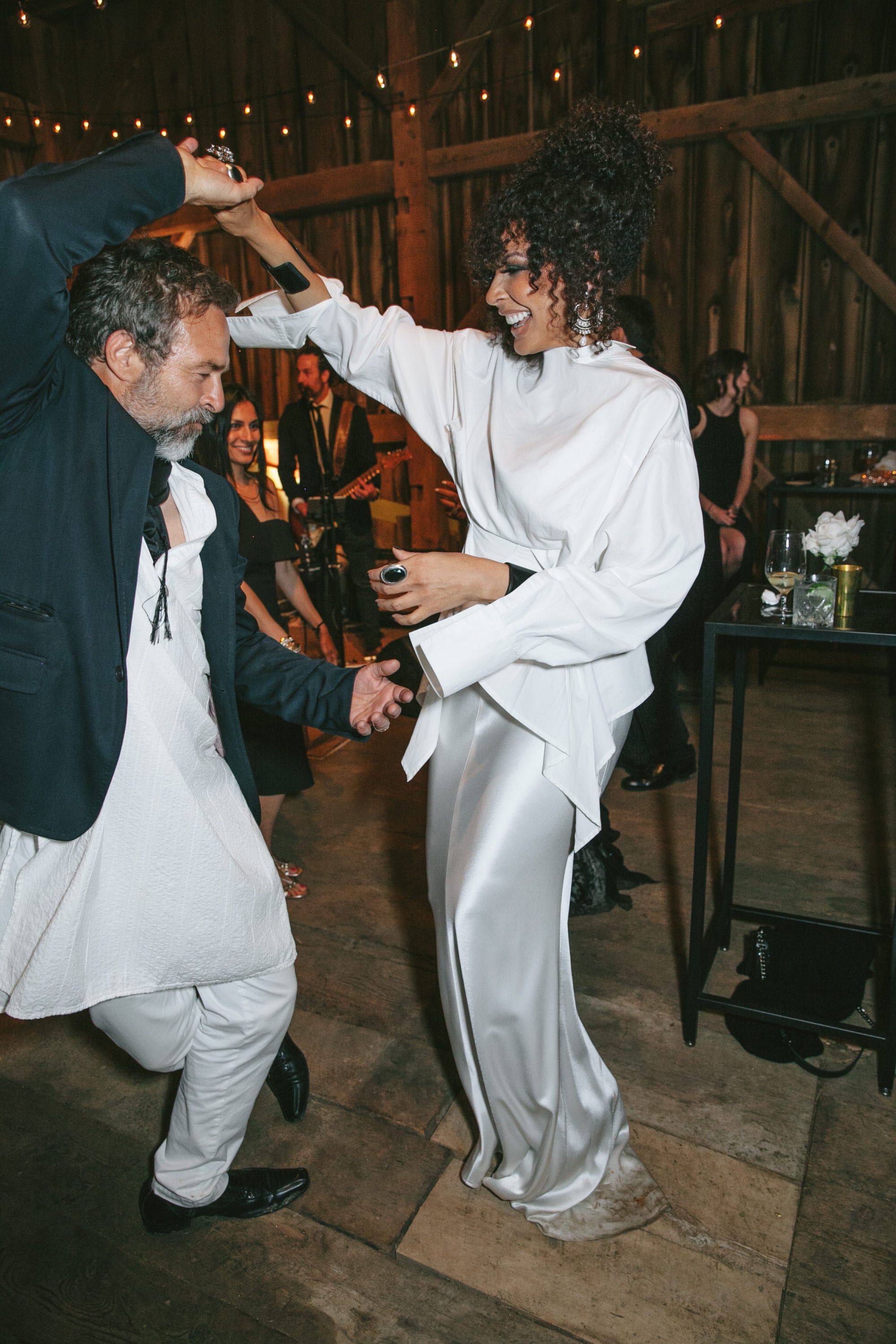