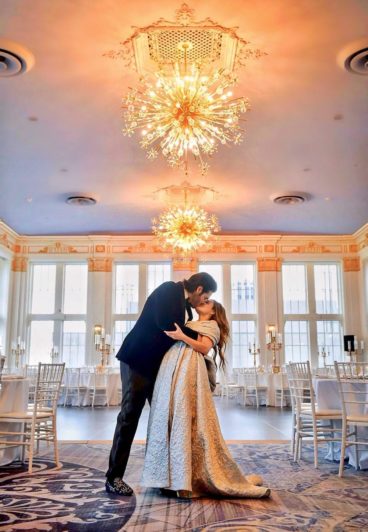 Talia Brown met Nelson Thall in March 2017 during a spontaneous dinner at Sassafraz. Talia, a stylist, took her client out after a photoshoot, and that client invited Nelson and his brother (who he had been friends with for years) to come along. Nelson ended up leaving early to finish up some work (he runs a company called HVR Technologies Inc.), but the crew ended up back at his Yorkville condo later that night. He brewed Talia a cup of tea, complete with a tiny chocolate on the plate, and they decided to grab a coffee together the next day. Coffee turned into dinner at Yamato and before long, they were hanging out every day. Since that weekend, they’ve only spent six nights apart.

They moved in together in the fall of that year. Nelson took a page out of Mr. Big’s book and renovated his condo’s second bedroom into a Carrie Bradshaw–approved closet for Talia. A year and a half later, he proposed to Talia at his Lake Simcoe cottage—the same place they had their first kiss. They planned a dreamy and whimsical wedding for that winter. 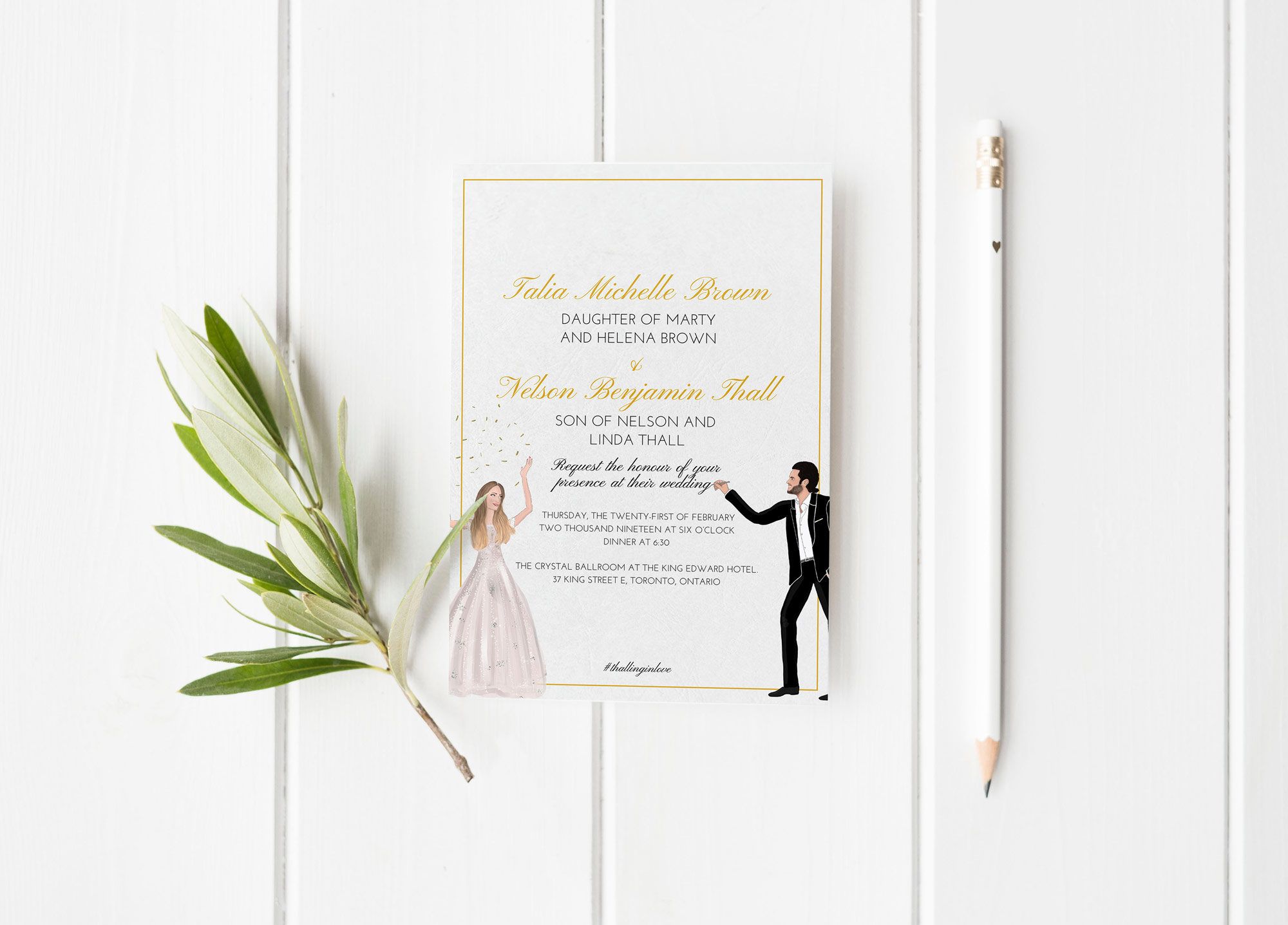 The couple hosted their wedding on a Thursday night. They spent the afternoon getting ready in their suite at the King Edward Hotel: 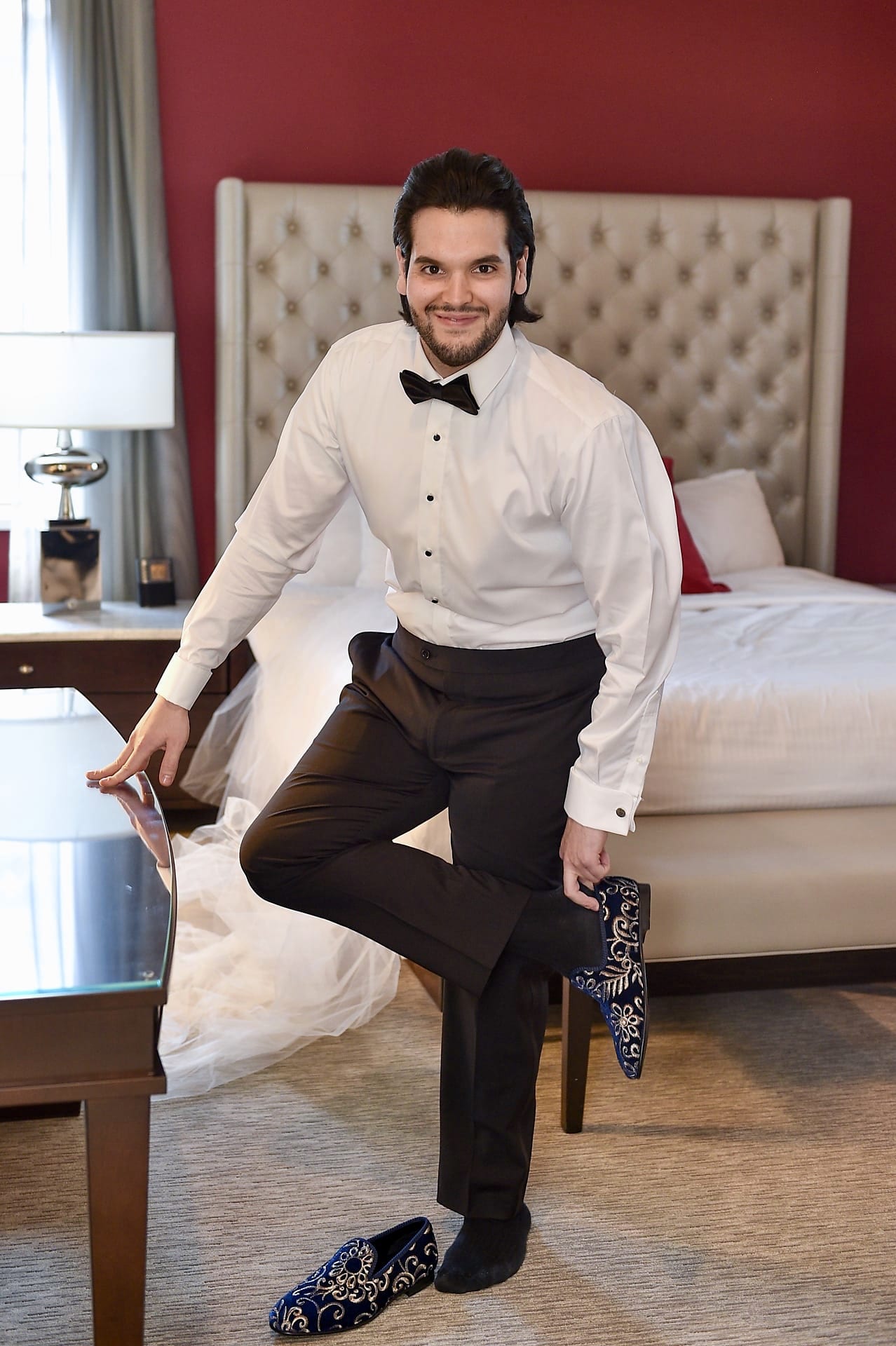 Talia’s robe was designed by her friend Victoria Simpson, who owns the lingerie and sleepwear brand Melvik: 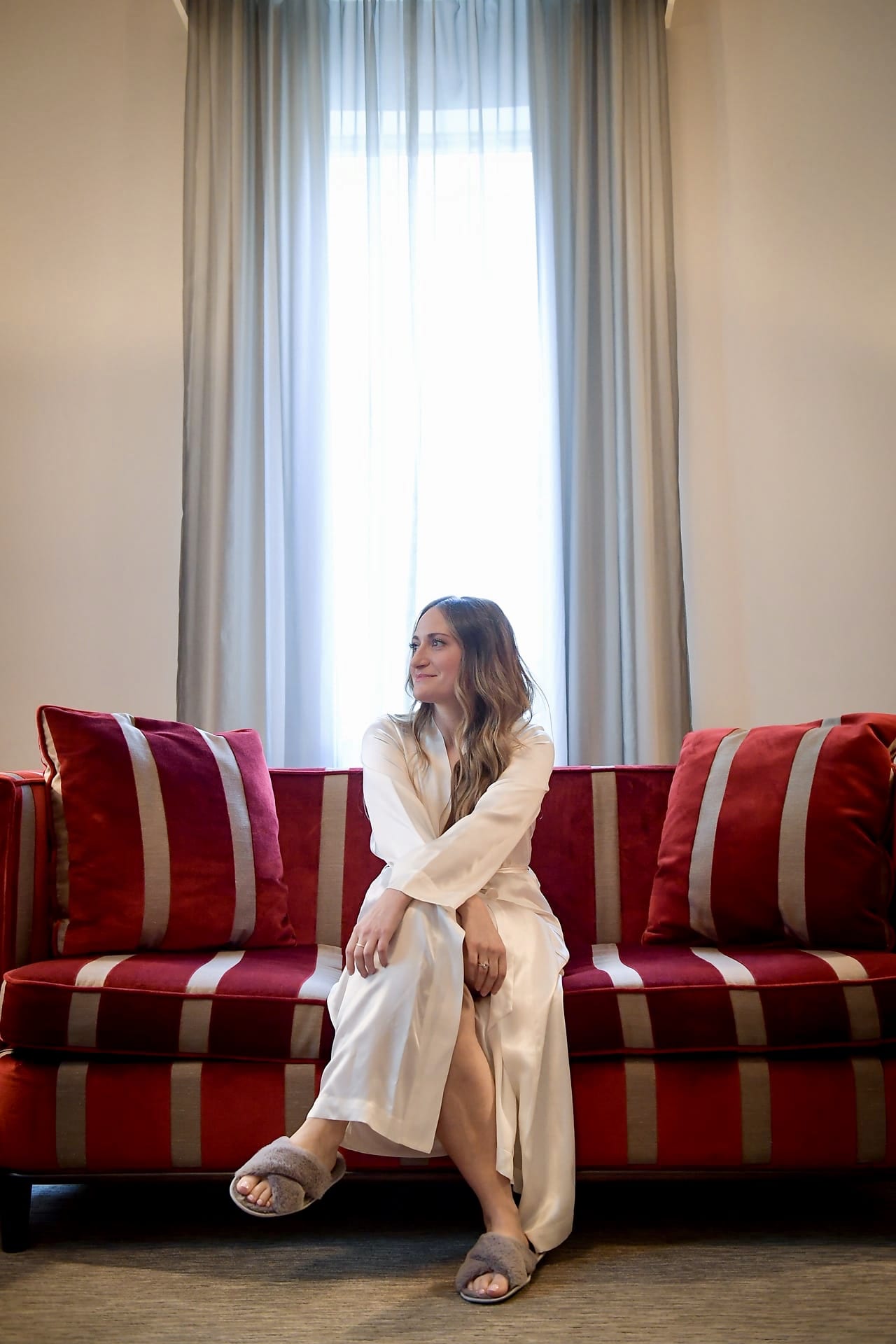 The couple went easy on the flowers and incorporated a lot of candles instead. “We wanted it to feel romantic and lively,” says Talia: 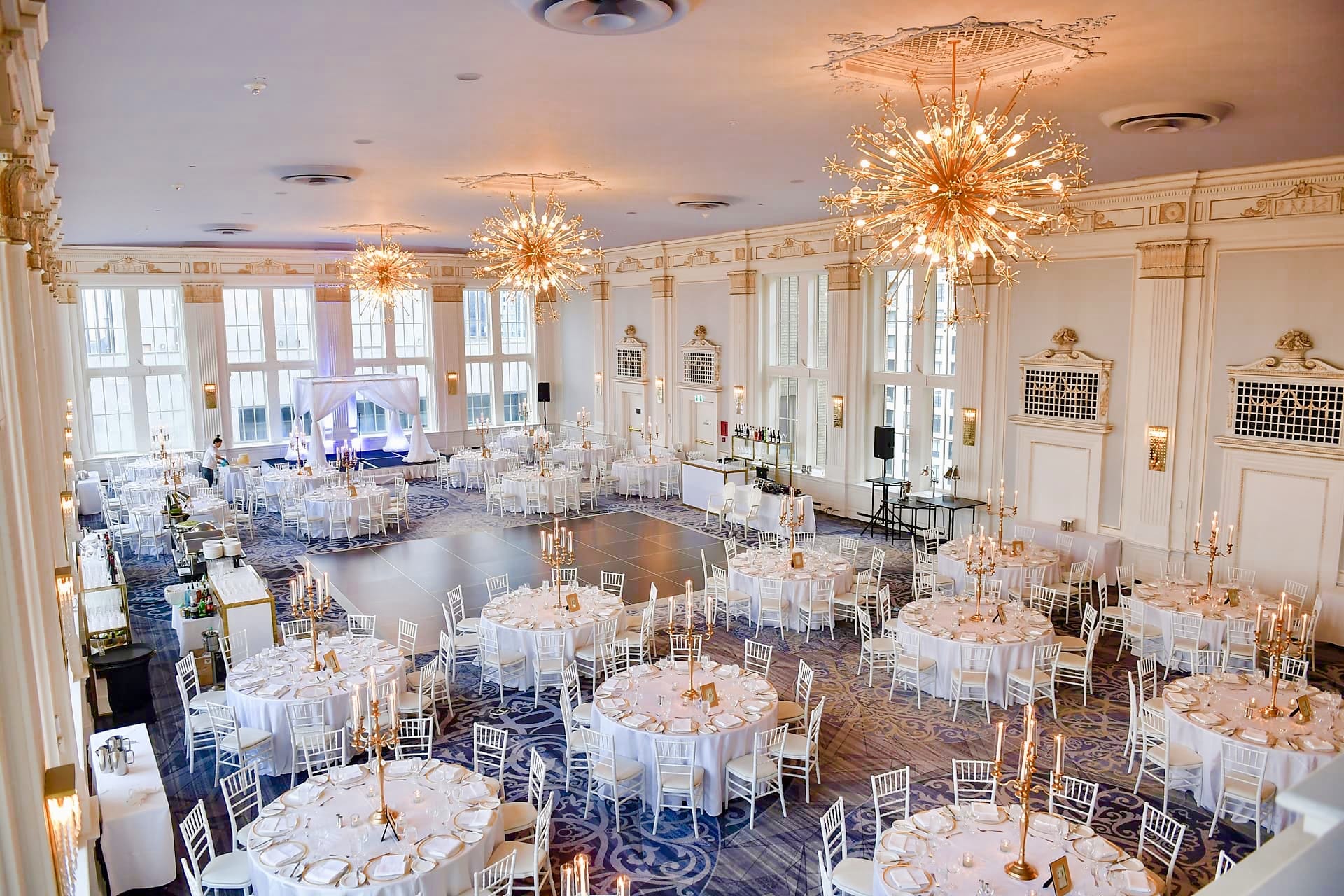 When their guests arrived, Talia and Nelson greeted them at the door. During this portion of the evening, the couple wore traditional black-and-white outfits. Talia accessorized her Marchesa dress with a white fur Sentaler wrap (and later posed with the designer, Bojana Sentaler): 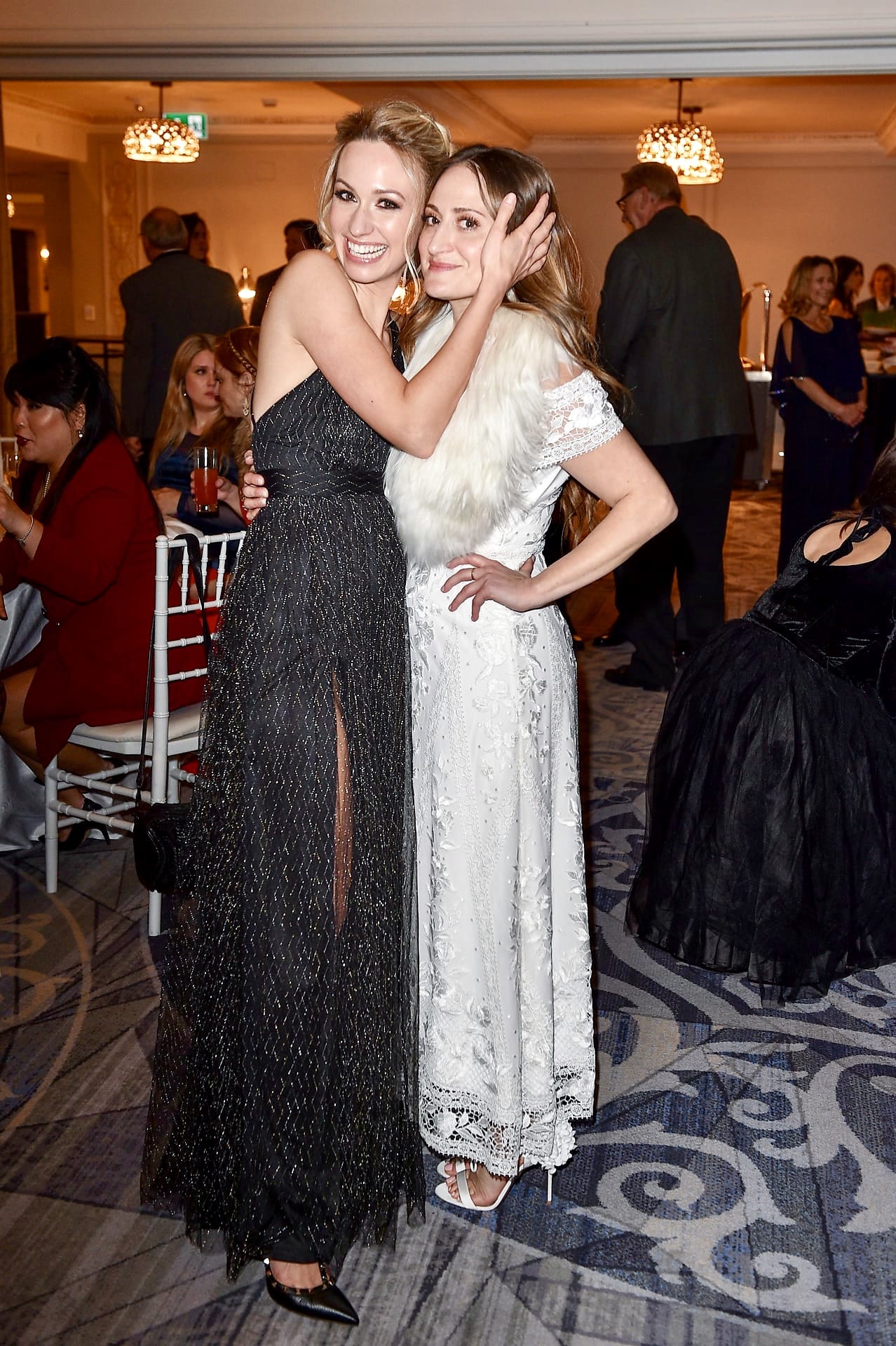 After hanging out with their guests for a few hours, the couple went back upstairs to change into their wedding looks. Talia’s romantic fairy tale dress was custom-made by Narces: 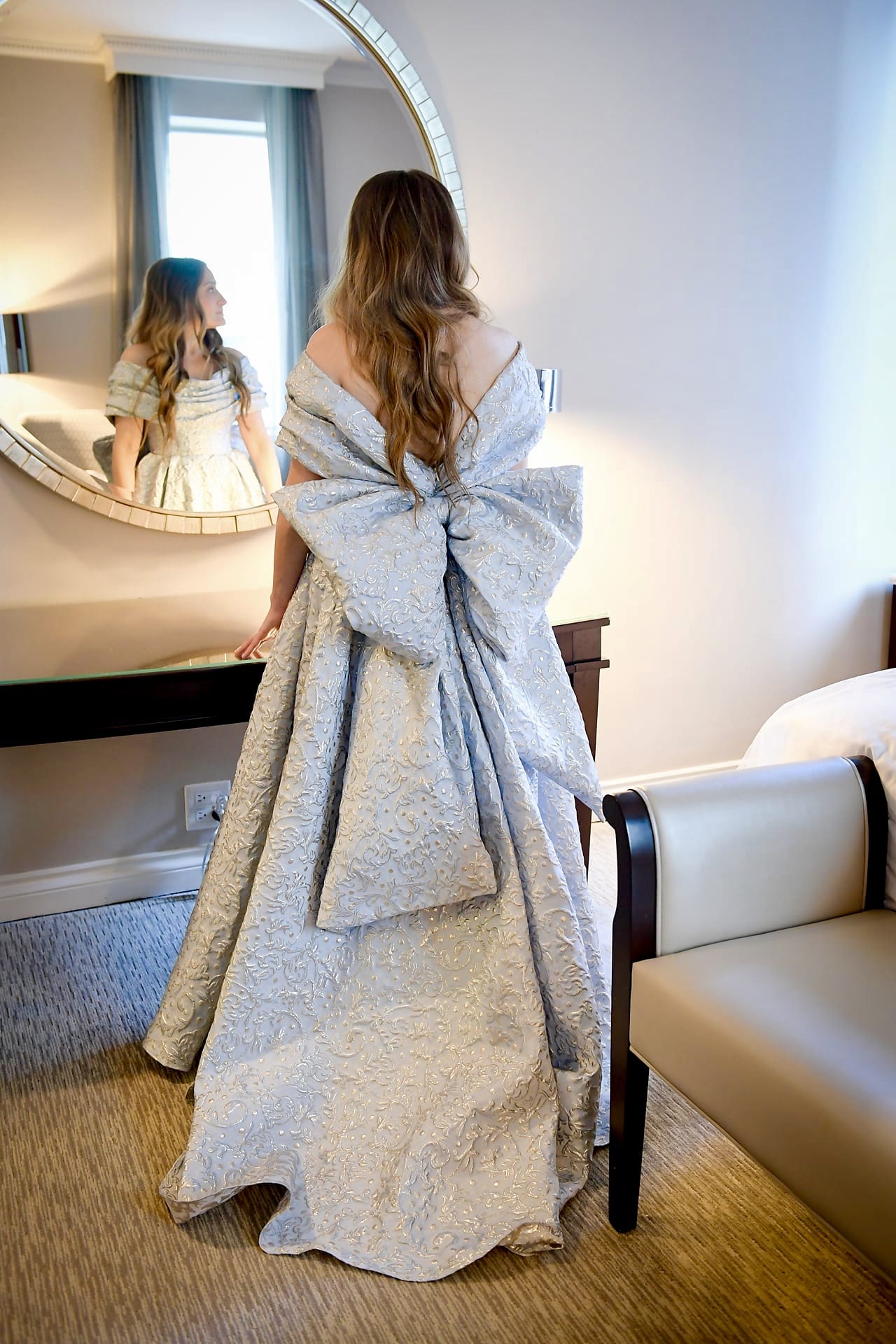 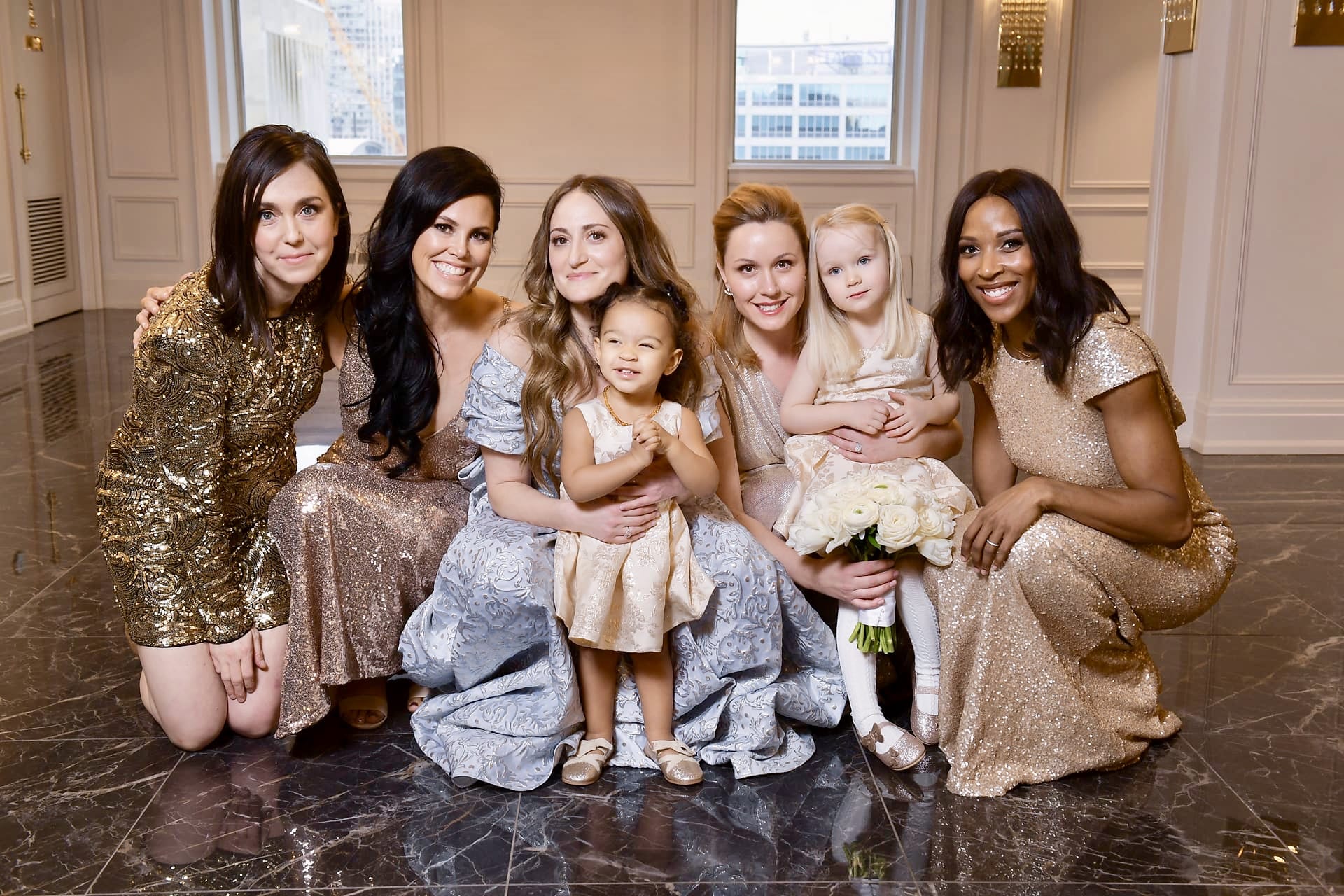 Talia and Nelson’s parents walked them down the isle. The theme song from Beauty and the Beast played for Talia’s walk, and her father performed the Jewish ceremony: 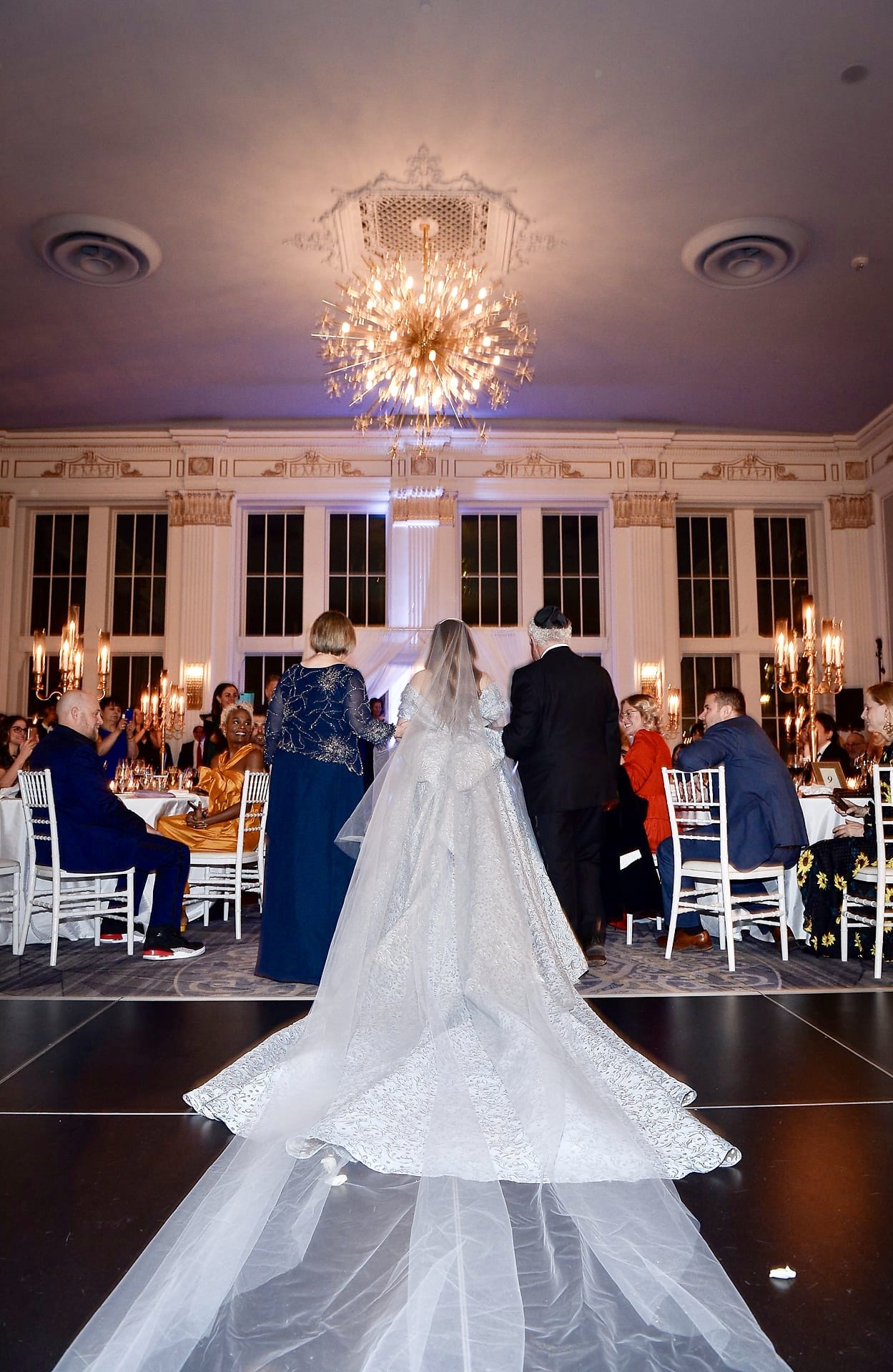 Canadian singer Tyler Shaw sang “With You” for their first dance. Talia once styled him for a music video, and they became friends after that: 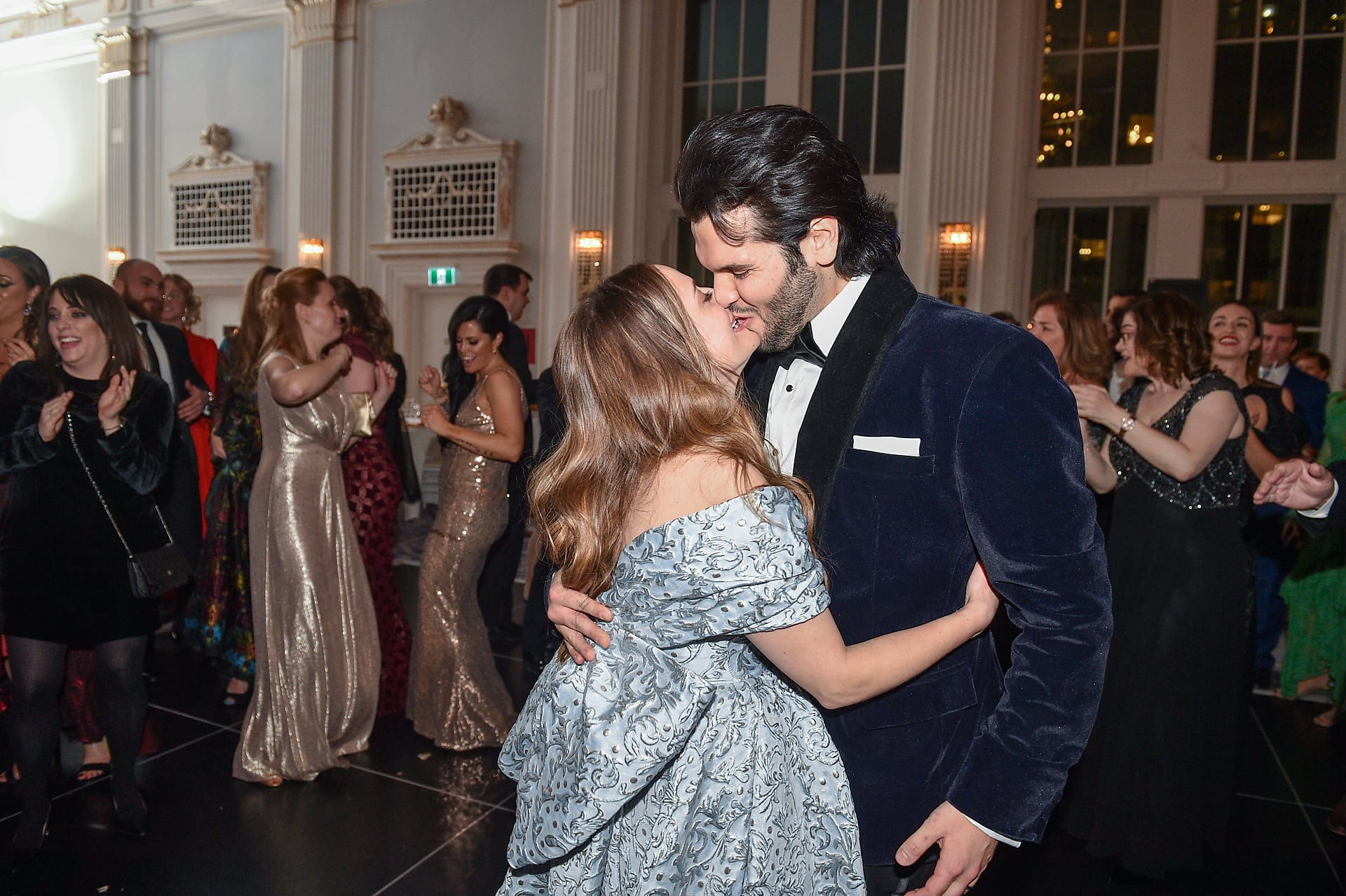 Their cake had chocolate, caramel and vanilla layers and buttercream frosting. They topped it with a 3-D portrait of themselves: 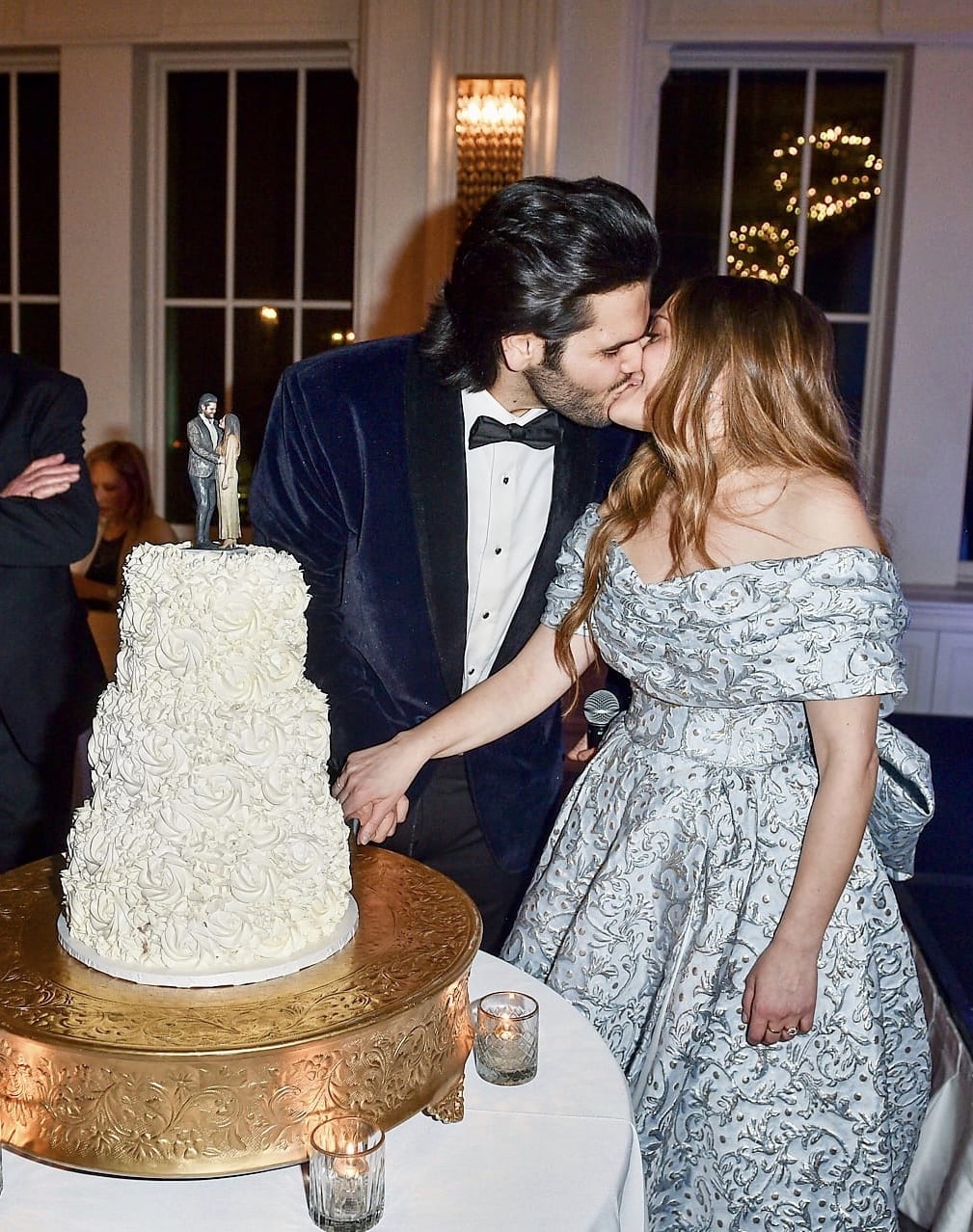 The night ended with a dance party. Here’s Nelson’s 90-year-old grandmother dancing with one of the DJs, Devante Burey: 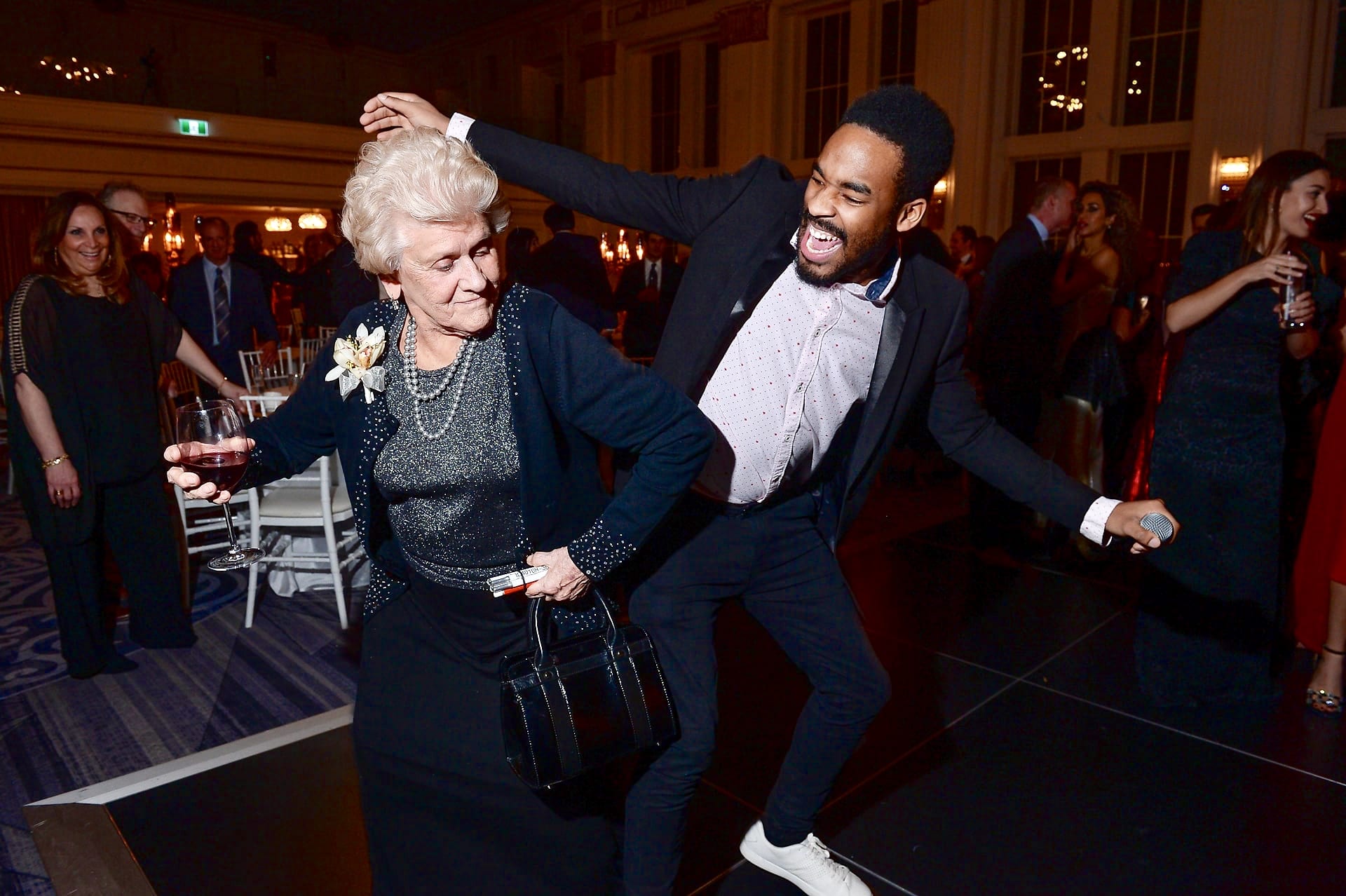 Later, McDonald’s dropped off 200 cheeseburgers and 200 boxes of chicken nuggets: 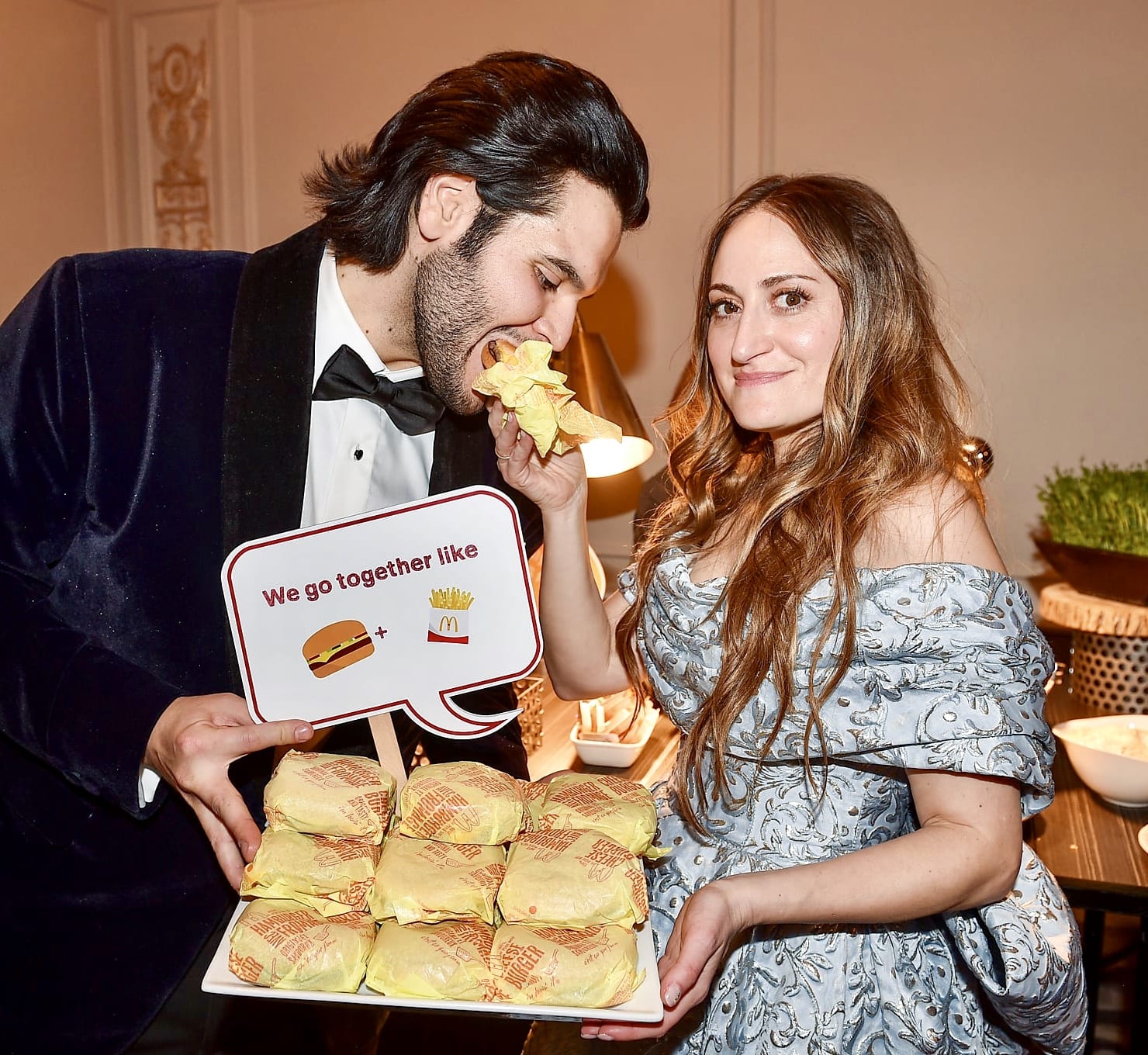