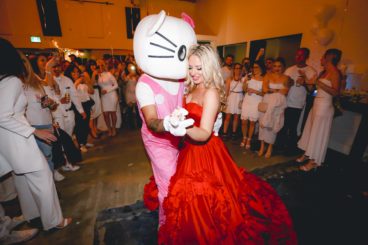 Inside a bride’s over-the-top wedding—to herself

Catharine Merriam, a member of Toronto’s popular Spice Girls tribute band Wannabe, is known for throwing seriously extravagant birthday parties. Last year, after a ’70s-themed shindig, she immediately got started planning the big 3-0. She thought it would be the perfect opportunity to get hitched—only instead of getting engaged to her boyfriend of seven years, she decided to marry herself (he wasn’t offended).

“I’ve never wanted to get married—the whole concept seems a bit dated to me,” she says. “But I still wanted to have that big party.” So she booked her favourite photographer, Chris Reign from Lost and Found, a year in advance, and spent months planning her dream wedding, where she could be unapologetically extra, surrounded by her family and friends, and most importantly, not be lawfully bound to anyone but herself at the end. On the big day, she had a dramatic outfit change and said “I do” to a bedazzled mirror. The venue was decked out in white decor, and she imposed a strict all-white dress code for her 120 guests. The event had everything you’d expect from a real wedding, including a sermon, surprise performances and a three-tiered wedding cake—plus a few special extras, like a Hello Kitty hype man and custom dollar bills. She did, however, draw the line at registering for gifts. “I thought that might be a bit much,” she says with a laugh. 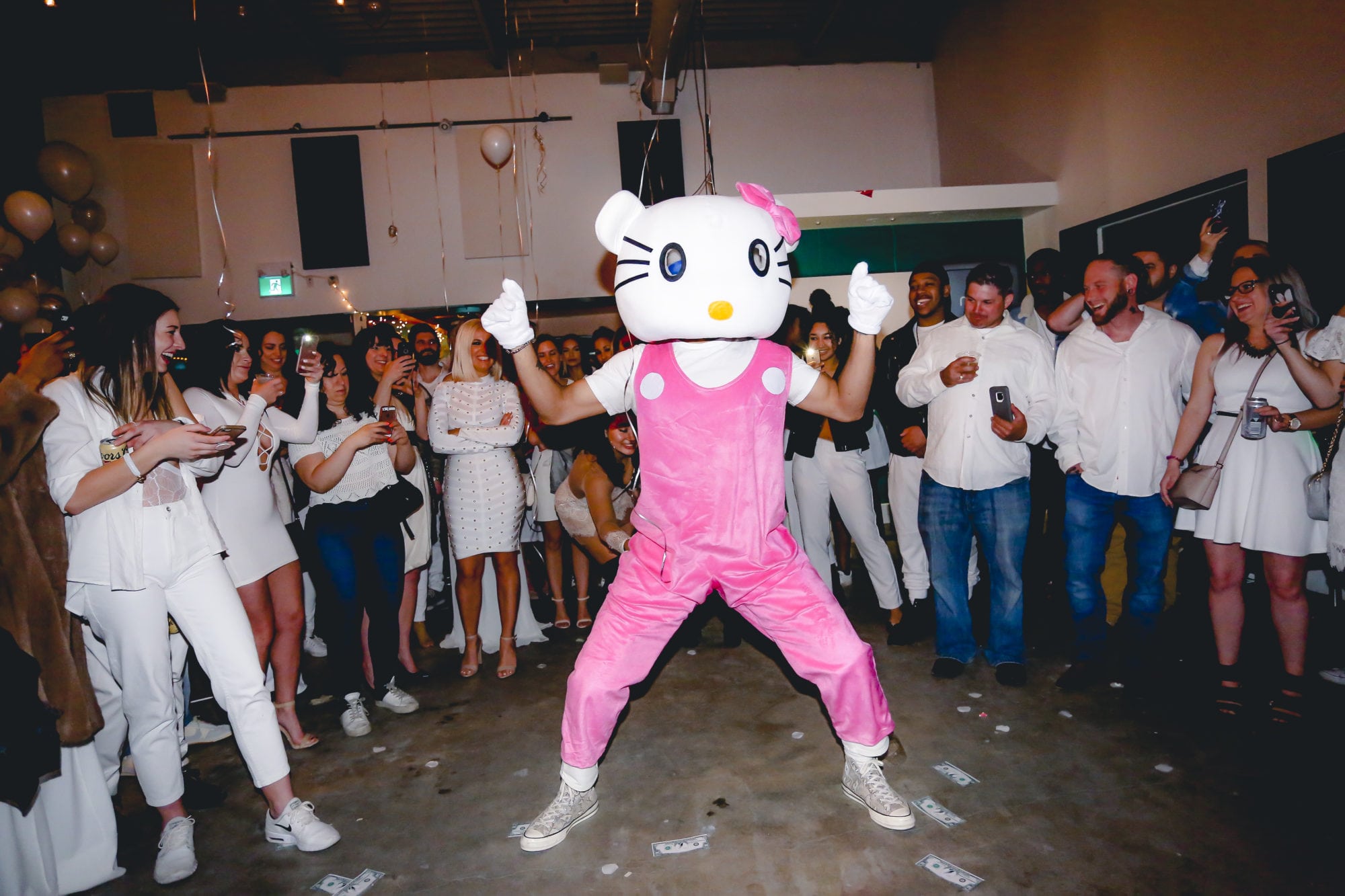 “Most people hate turning 30, but I was actually really excited about it,” Catharine says. She got ready with her mom and sister at Lac and Co. before the party. She wore a glam red gown and had her mom walk her down the aisle to Nicki Minaj’s “Moment for Life”: 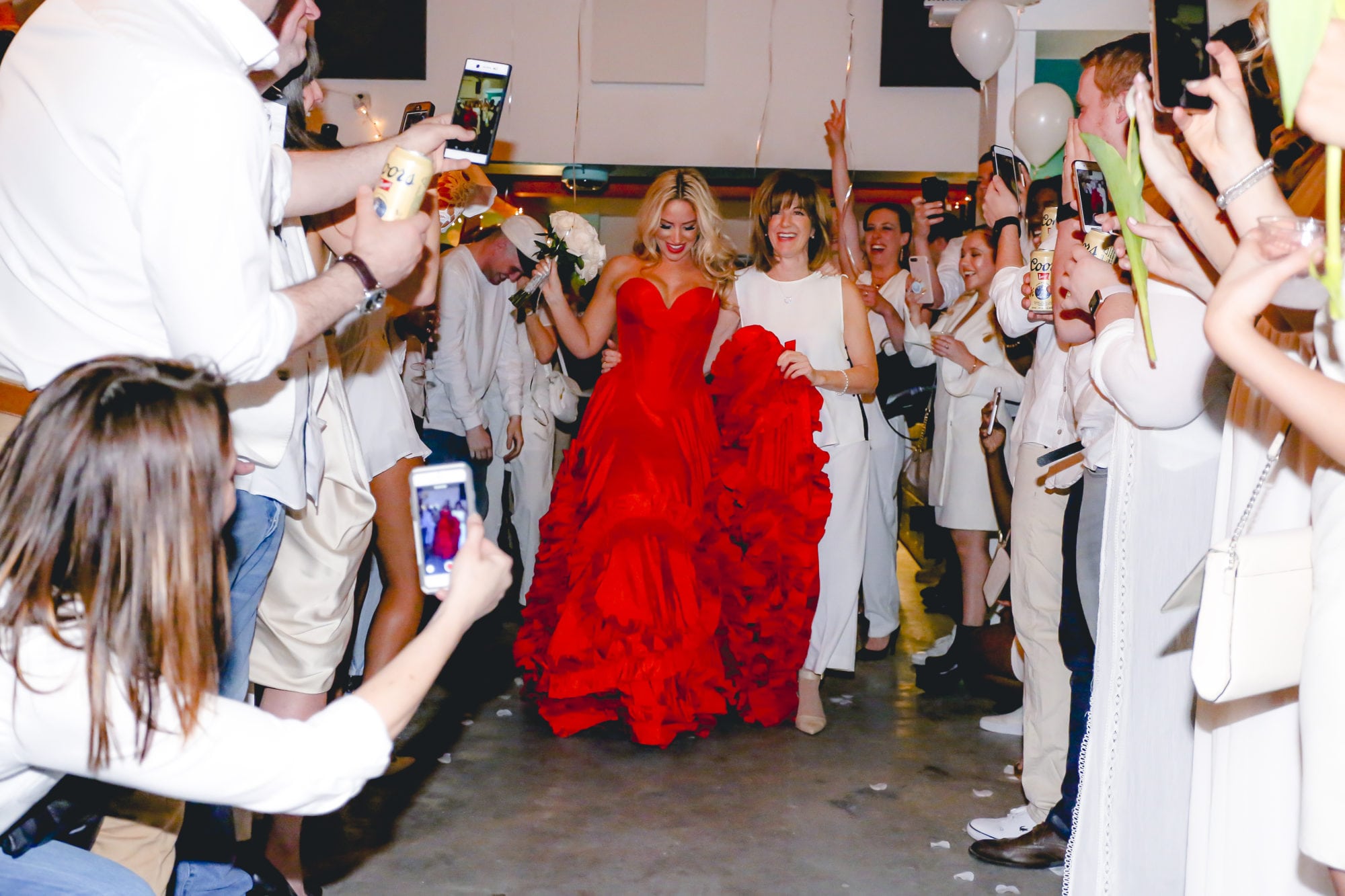 Her friend Adam Kemp got ordained specifically for her big day. He went by “Father Daddy” for the ceremony, and asked the crowd questions like, “Will you commit to encouraging and helping her in her marriage? To be there in times of celebration then again in times of need directly after the celebration and then maybe later that day when the celebration gets going again?” 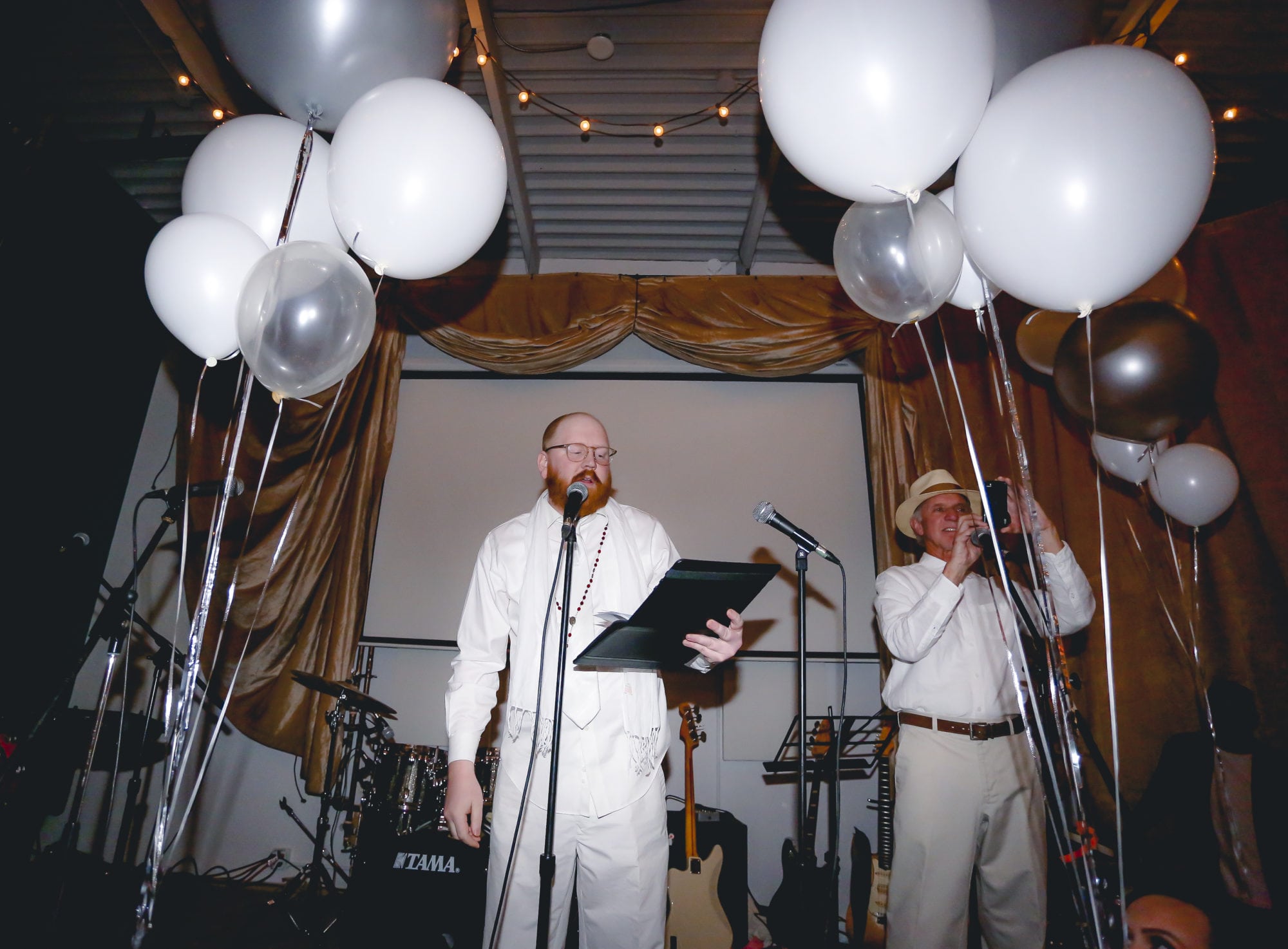 After she was pronounced Mrs. Catharine Merriam, she got a light-up ring and kissed a bedazzled mirror: 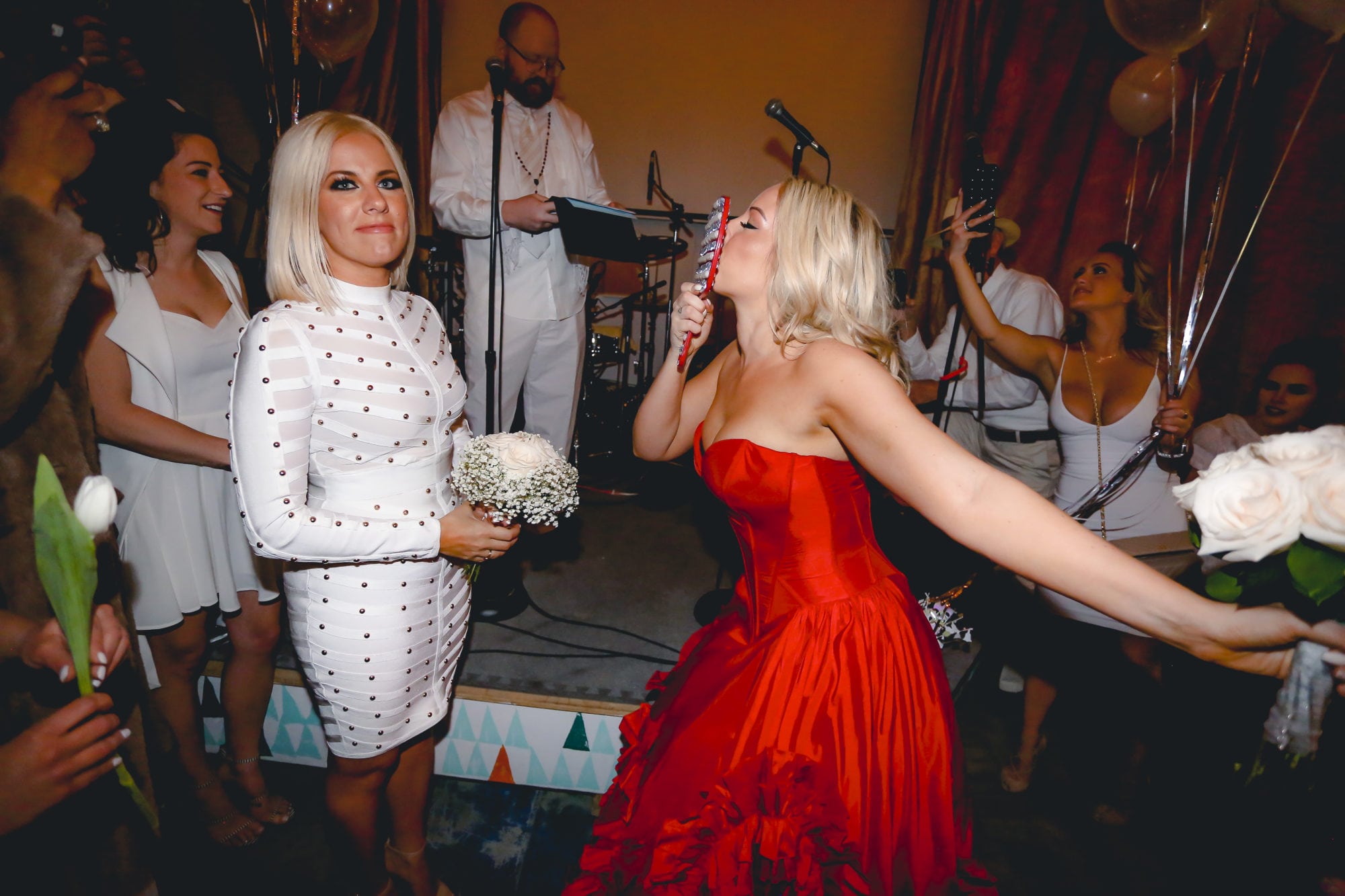 Everyone calls her Cat or Kitty, so the theme was Hello Kitty. Her signature cocktail was a twist on a vodka soda, her favourite drink, called Nine Lives: 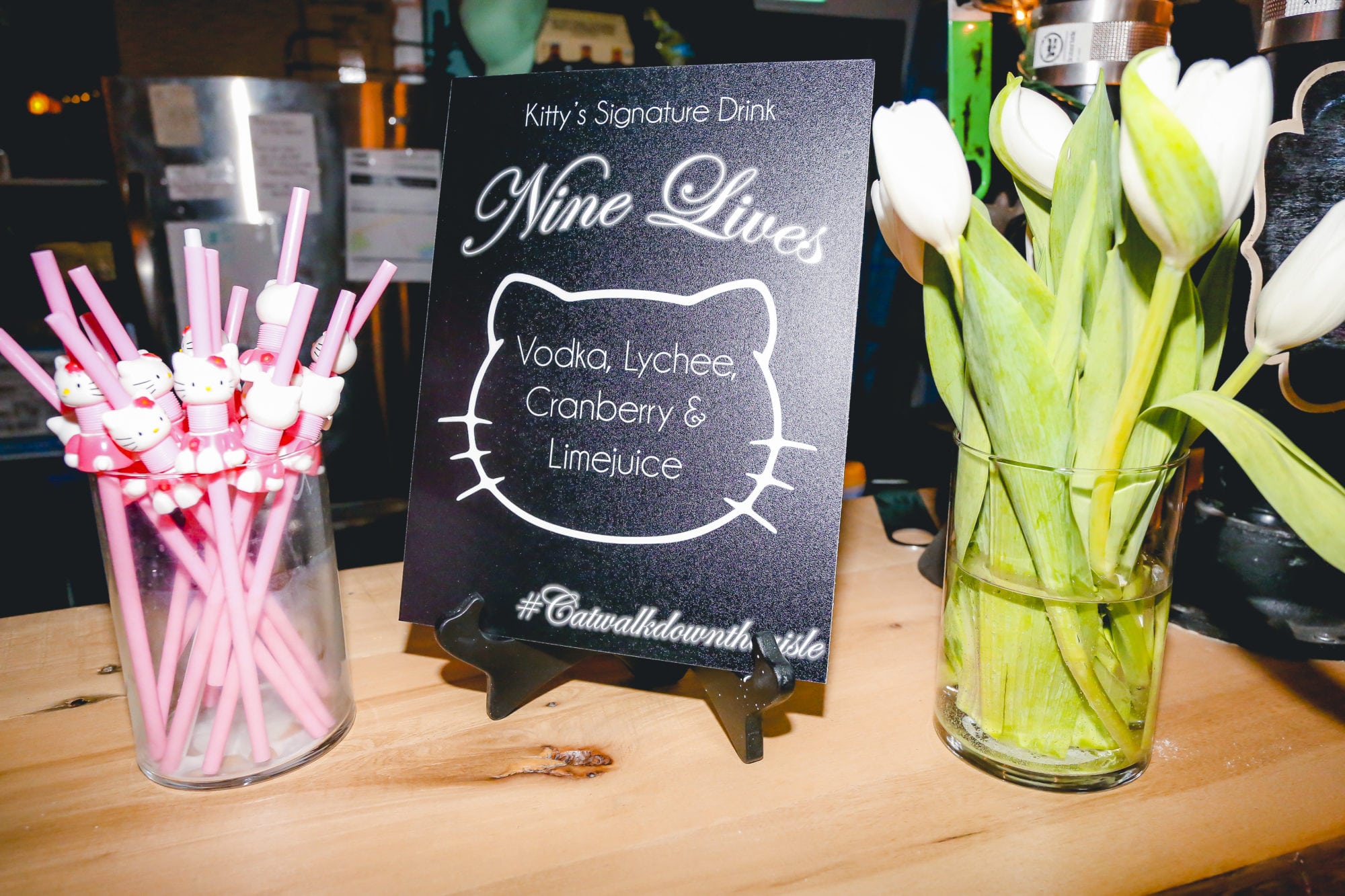 Her first dance was to “All My Life” by KC and JoJo. Then came a remix of “Turn Down for What.” Her dance partner is a friend, Donte Colley, dressed in a Hello Kitty costume she ordered from Tokyo: 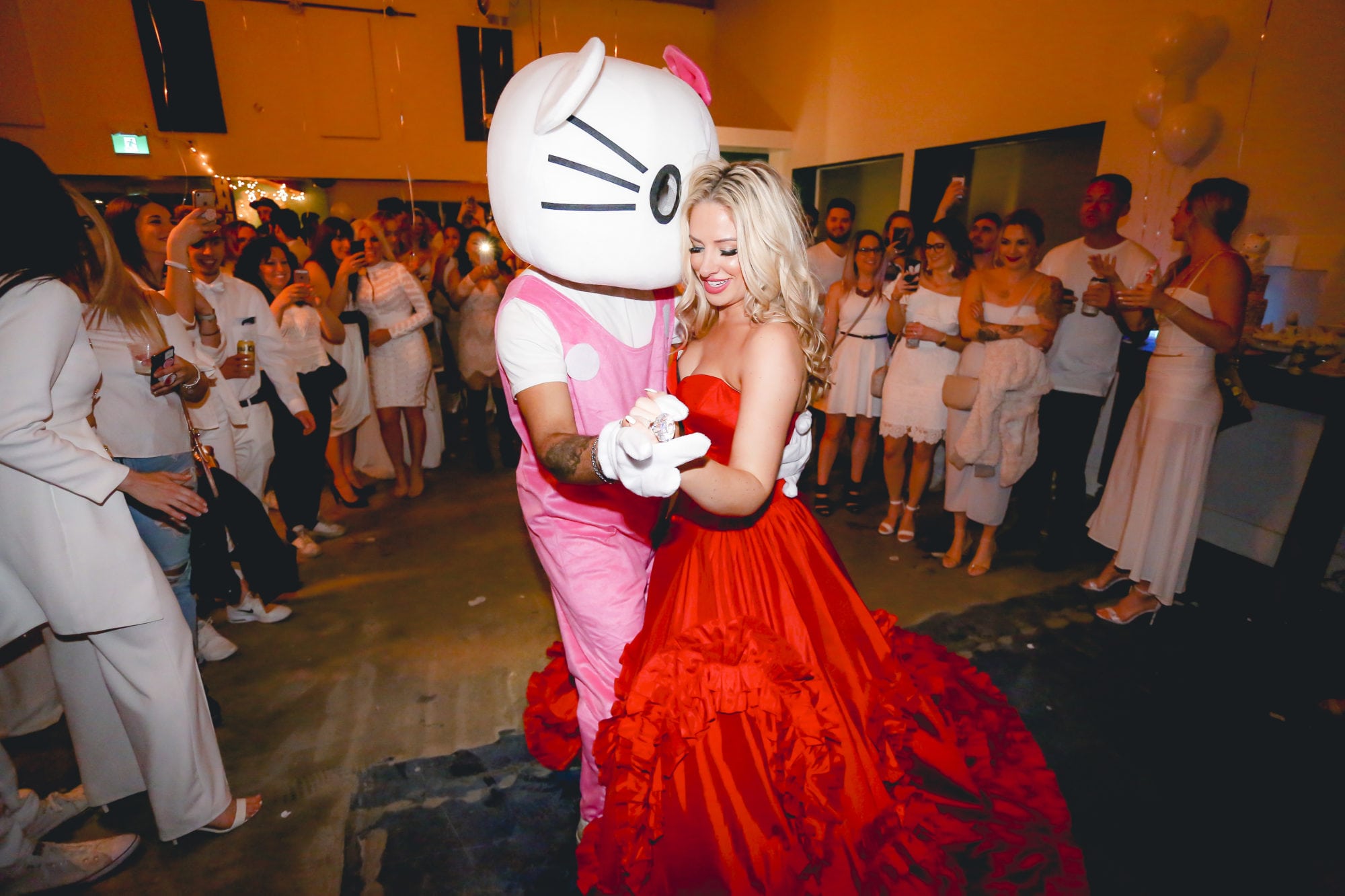 Catharine’s sister performed a song she wrote especially for her: 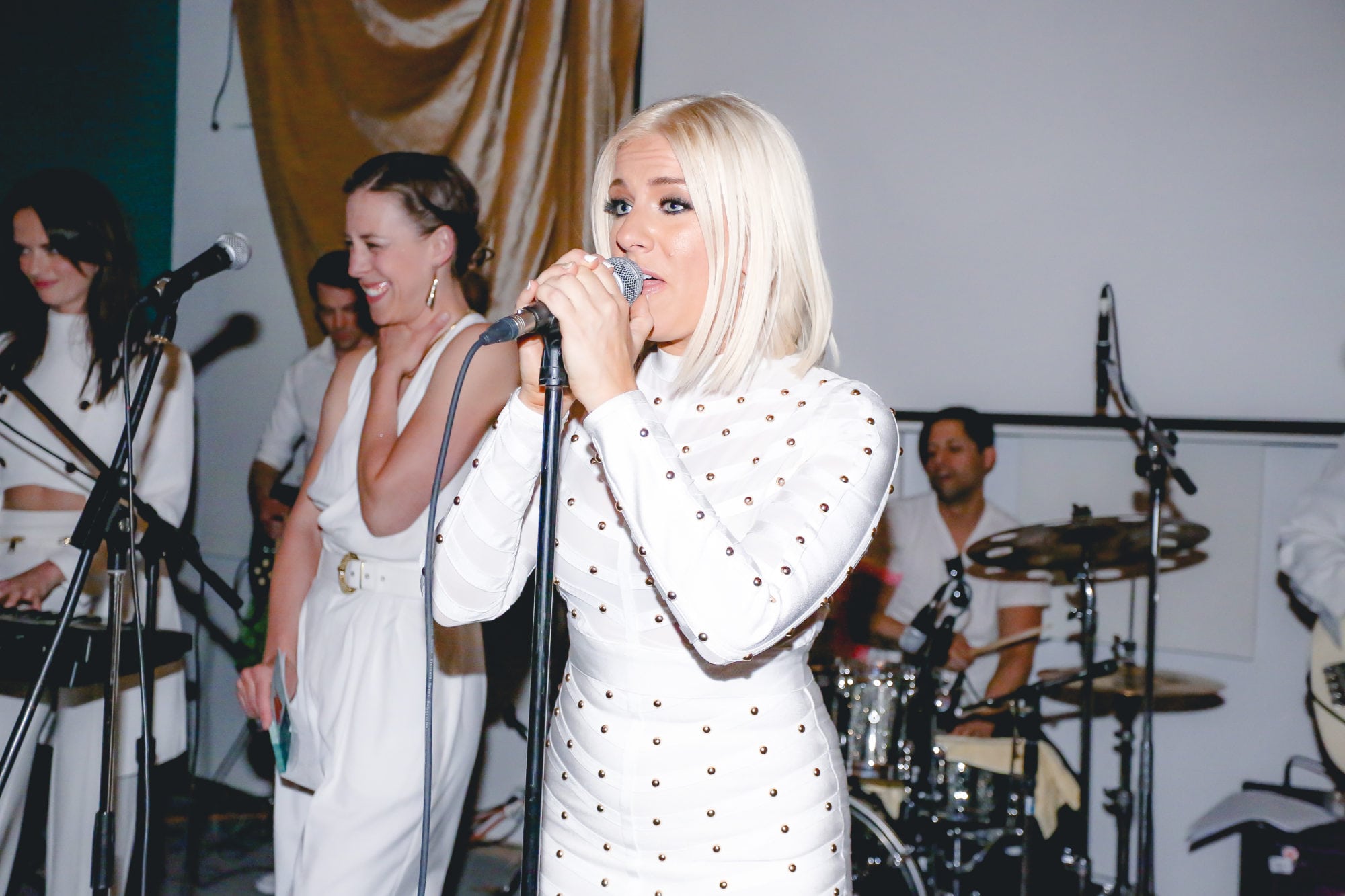 There were a few tears: 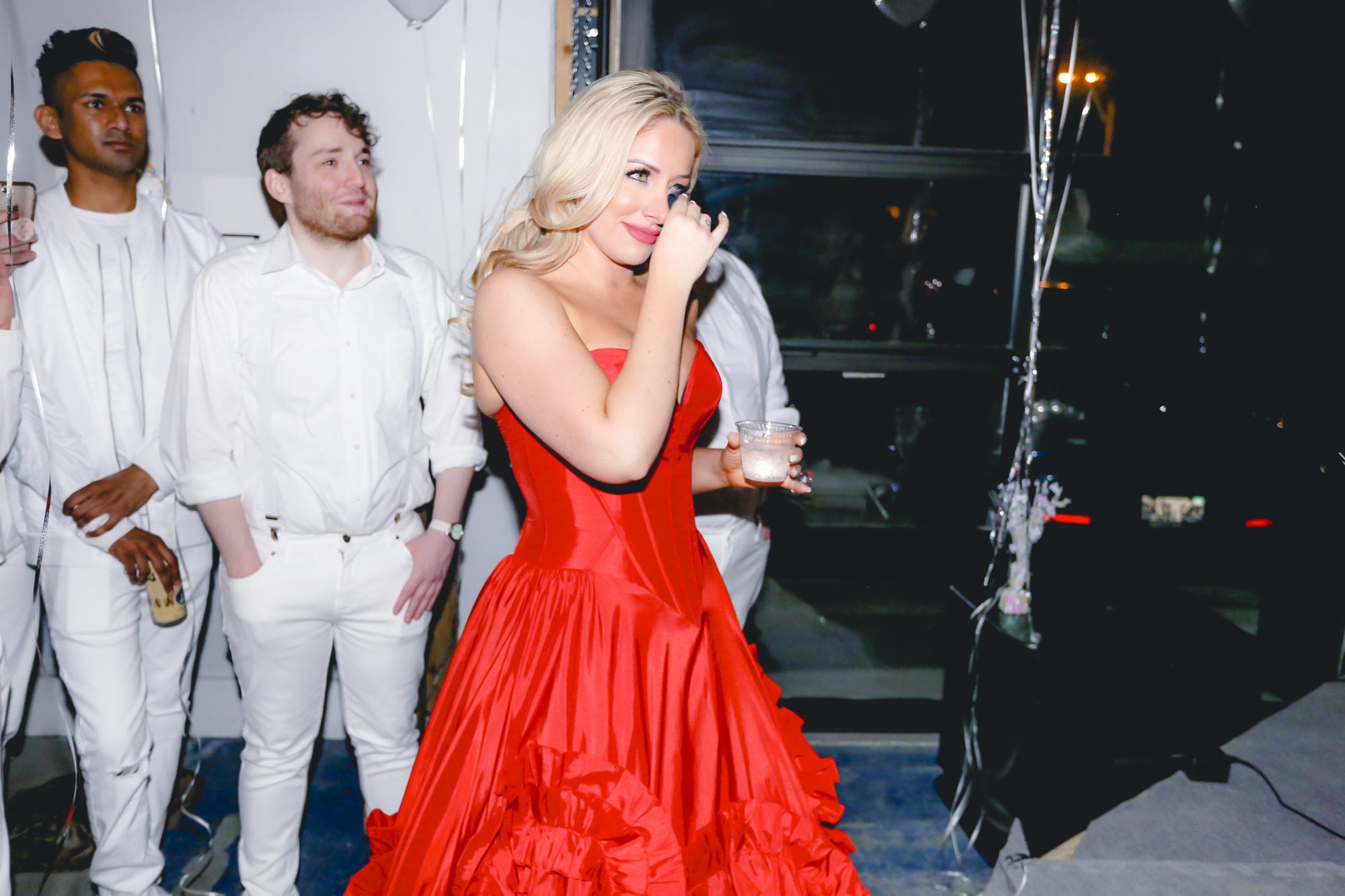 Her father also performed with his band, playing songs like “Mustang Sally”: 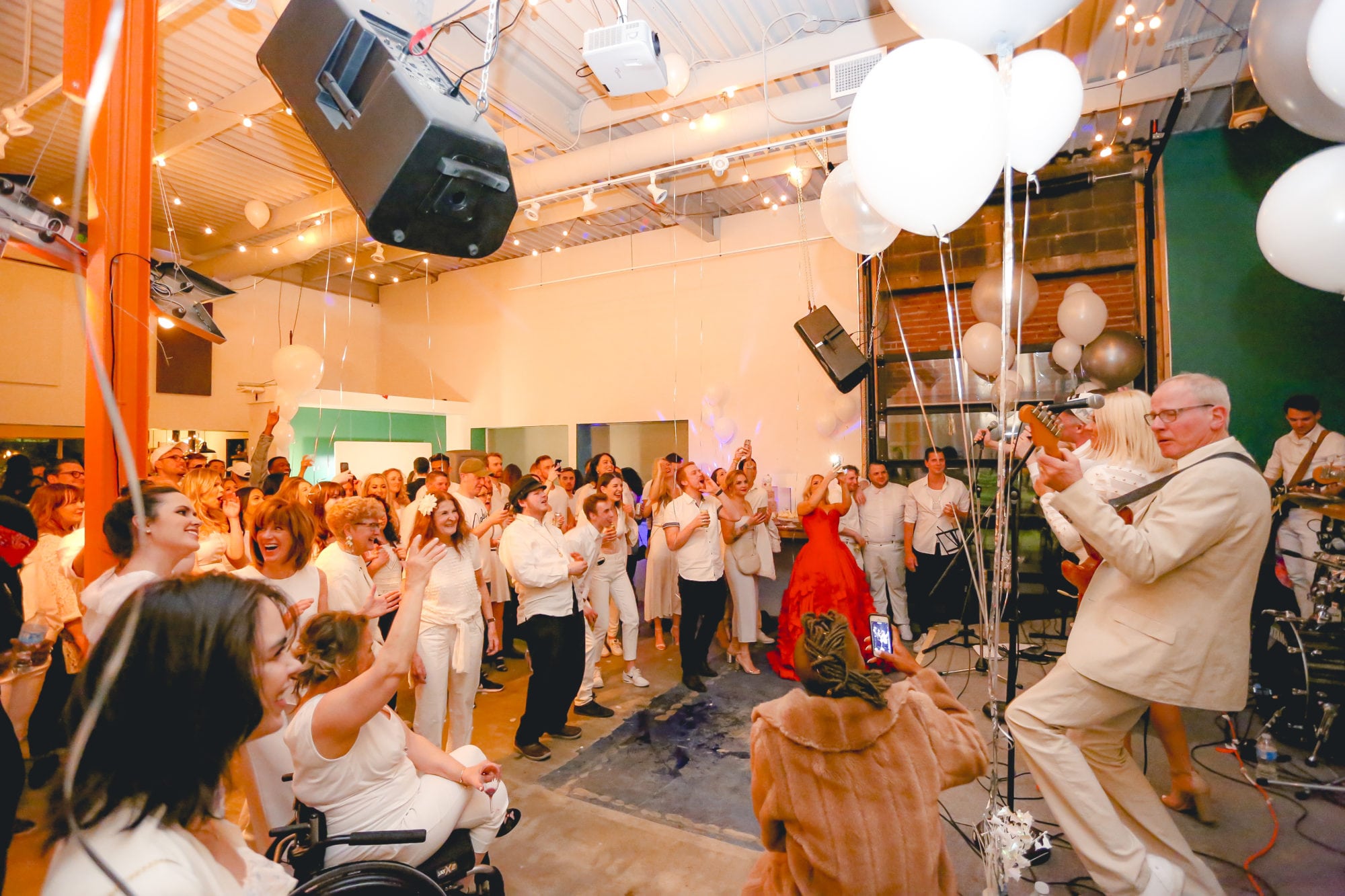 Of course, the Spice Girls band got together to perform “Lady Marmalade” for the crowd: 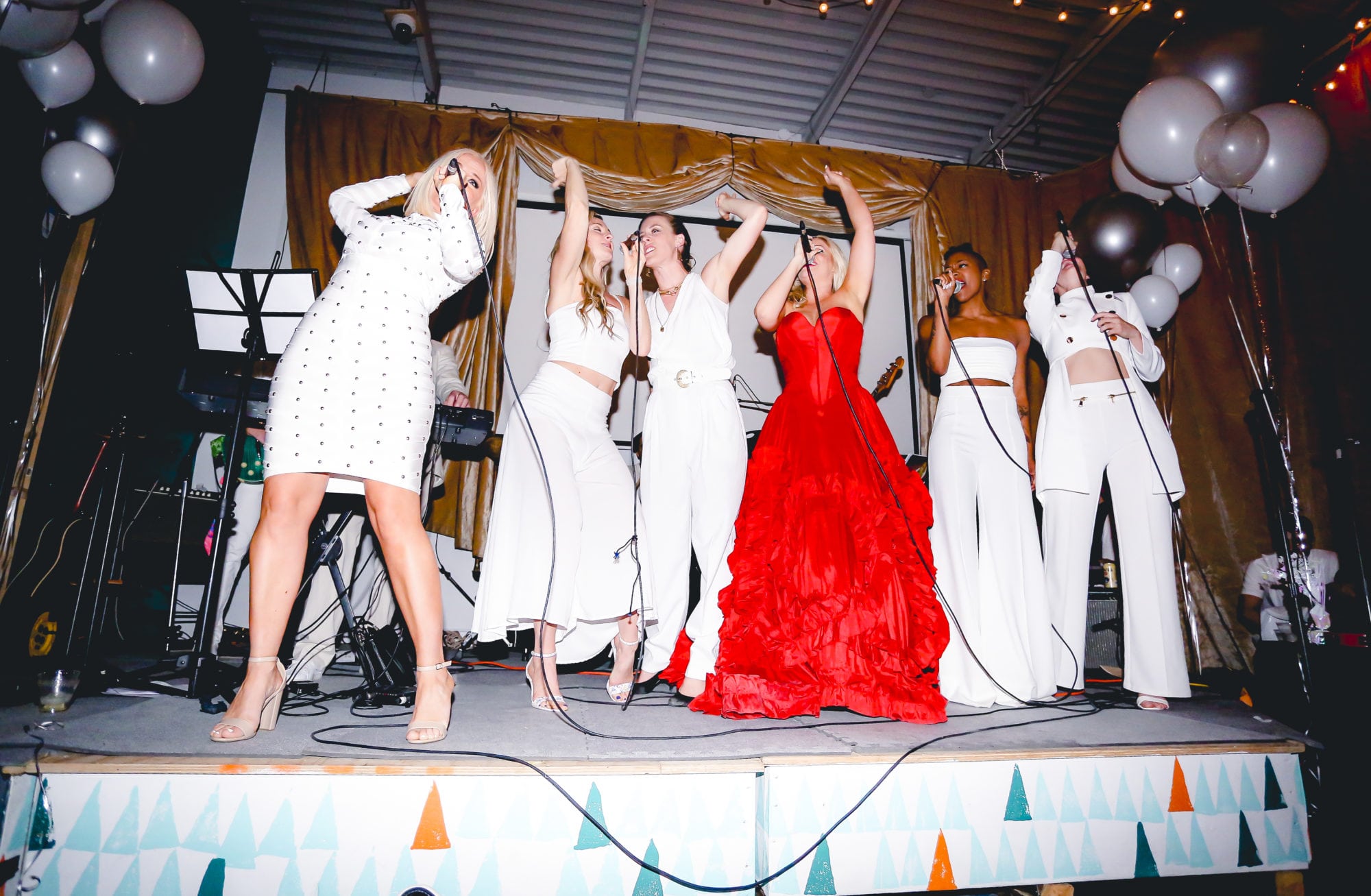 One of her friends constructed a giant “C” installation (inspired by one at Khloe Kardashian’s birthday party) made out of balloons and strings of lights: 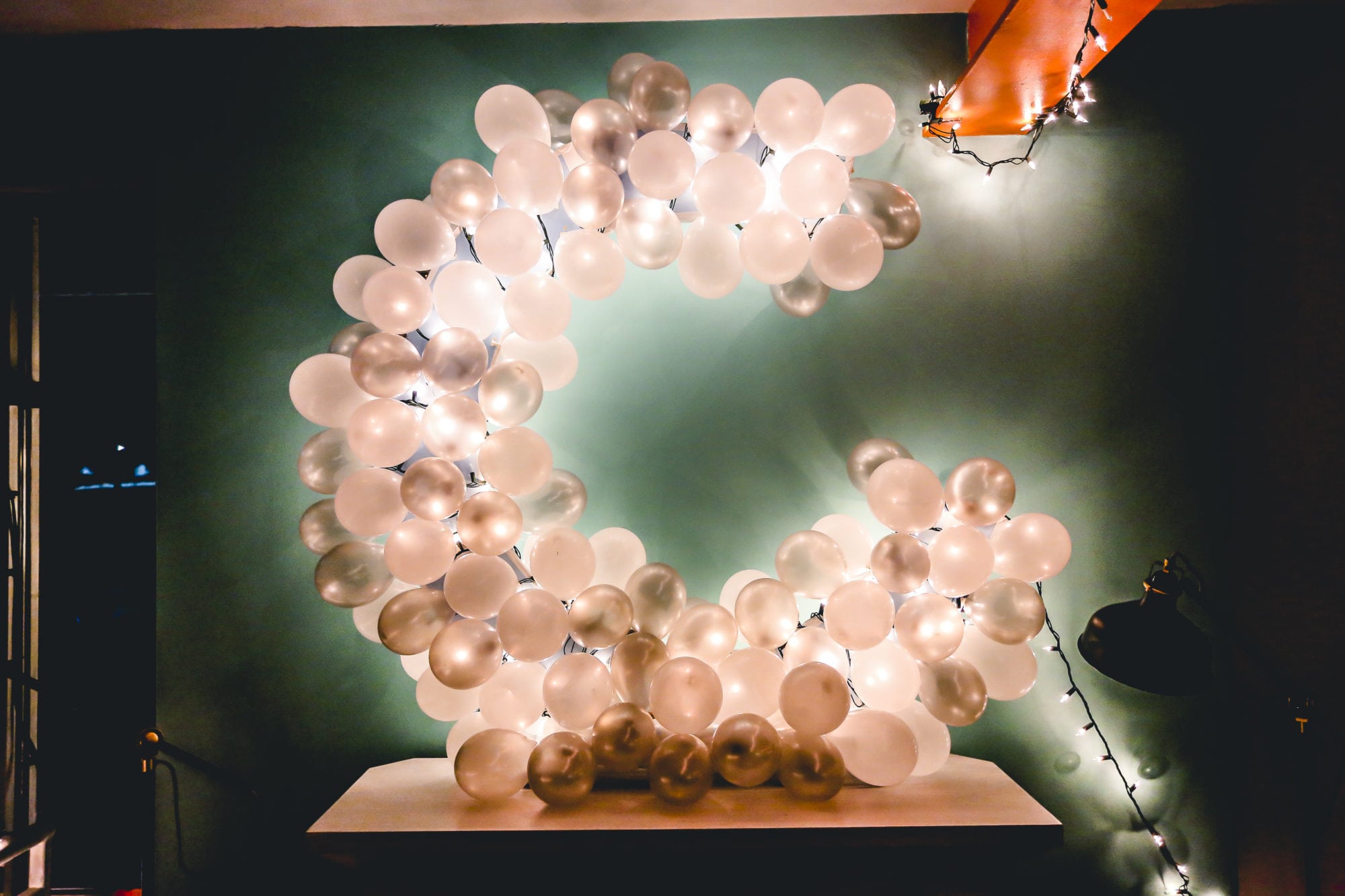 Catharine’s favourite movie, Cry-Baby, played in the background throughout the evening. “It reminds me of my childhood,” she says. “Also, I just really love Johnny Depp.” Guests were also asked to sign this pin-up pic of the bride: 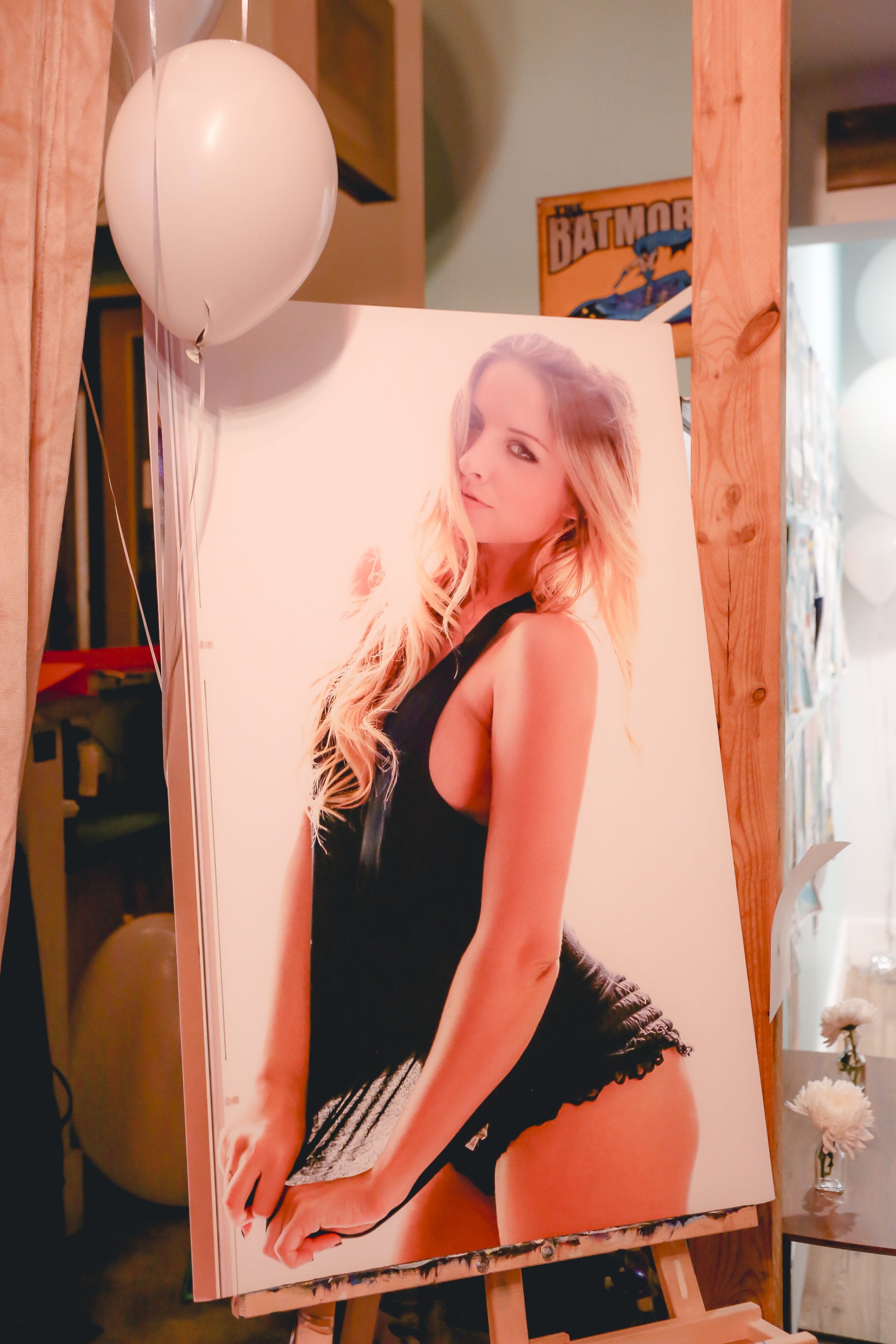 There were white-hued desserts galore, and a giant Hello Kitty cake baked by a friend’s mother: 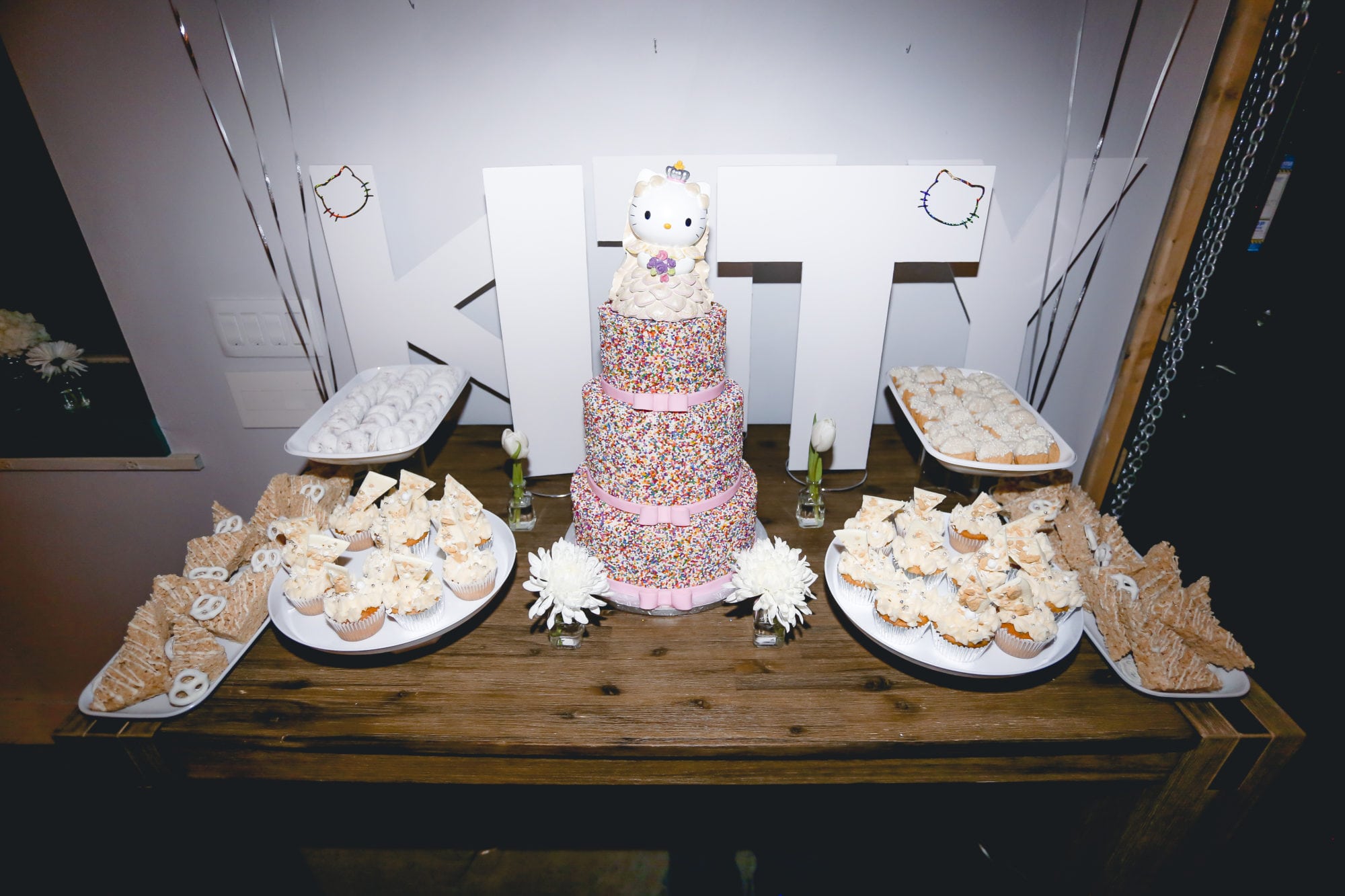 She had money printed with a photo of her: 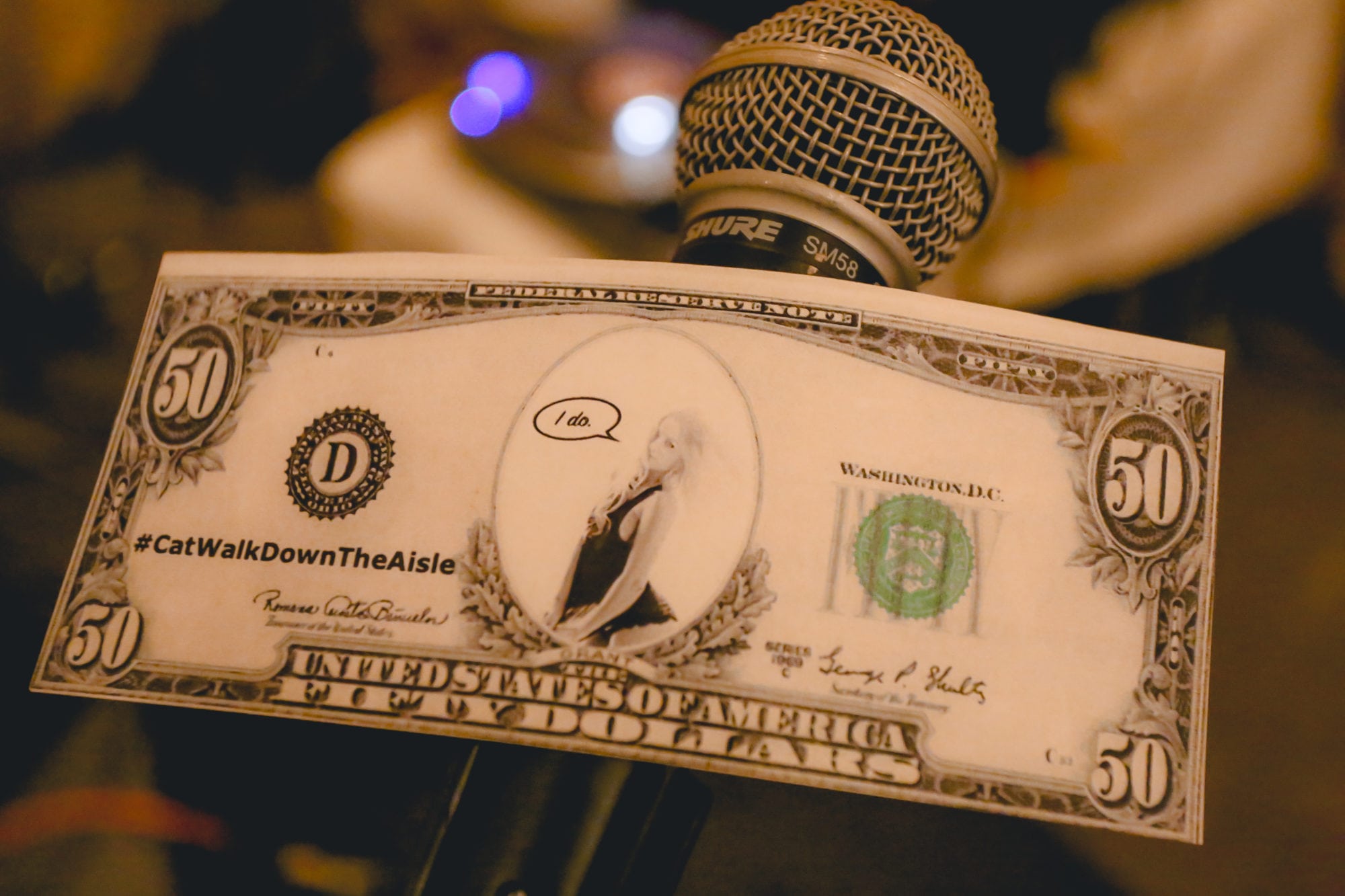 It was eventually shot into the crowd by guests: 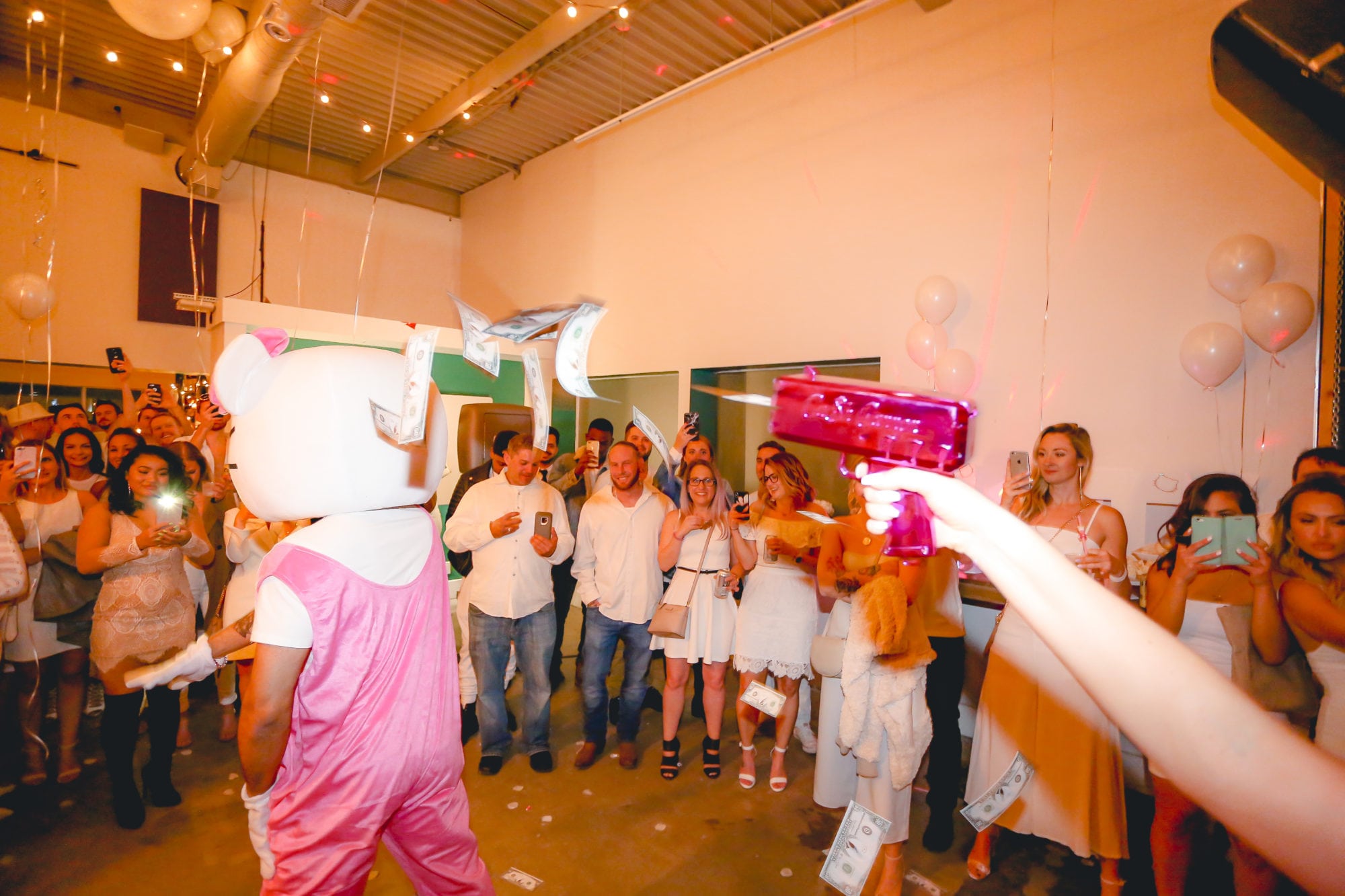 Catharine is obsessed with the Kardashian-approved MirMir photo booth, and has one at most of her parties. “It costs like a billion dollars but is so worth it.” 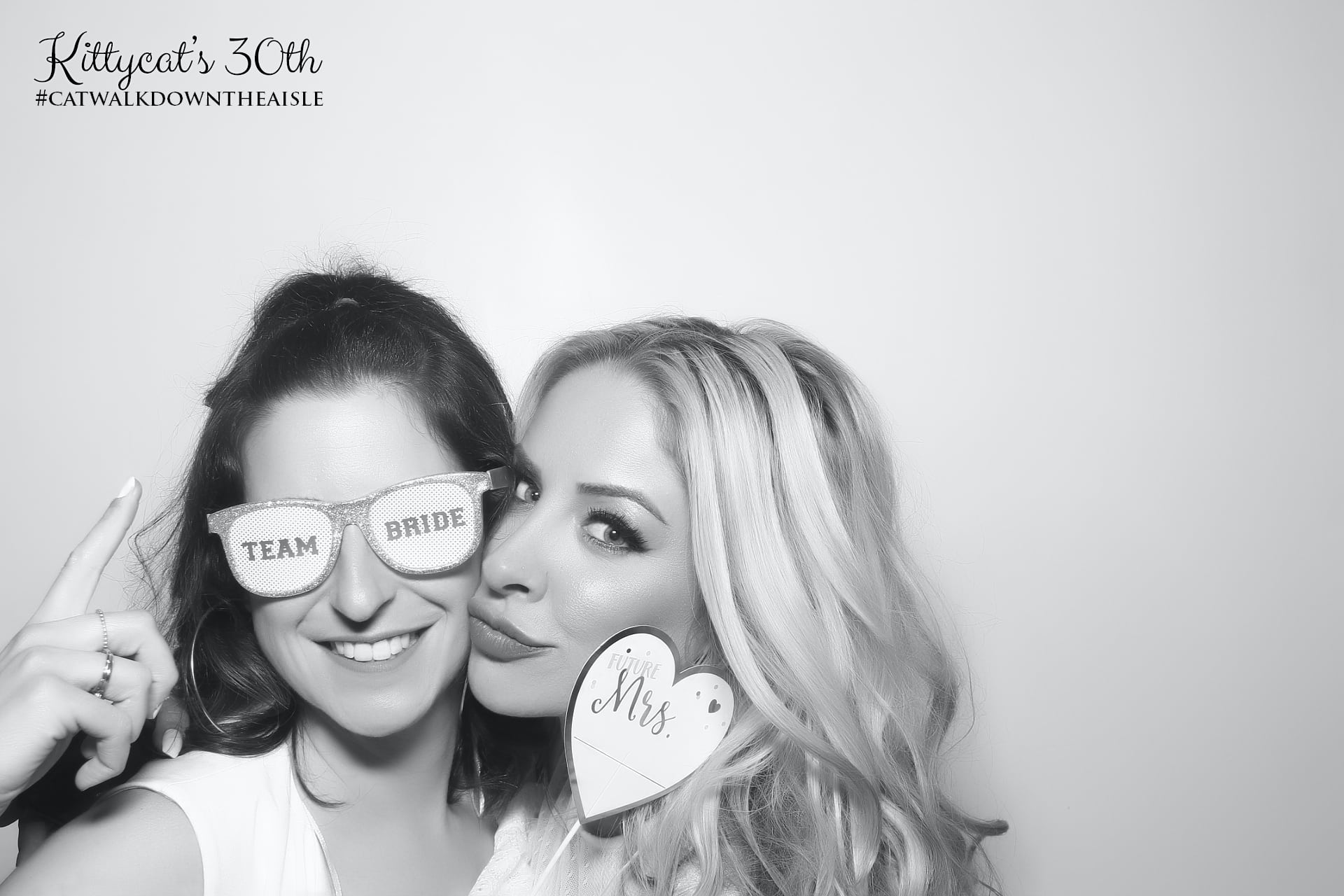