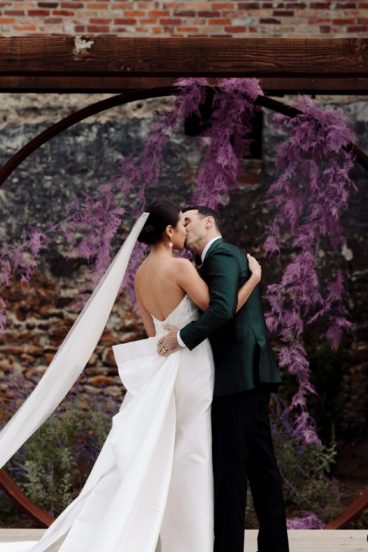 Back in 2007, Berkeley Poole was preparing for a study abroad program at Bauhaus in Germany One of her design professors at York University connected her with Jamie Webster. He’d done the same exchange a few years before, and they arranged to meet up at a Starbucks so he could answer some questions. They bonded instantly over their love for contemporary art and within the week, Jamie invited Berkeley to check out some galleries.

Eleven years later, Berkeley was working as the VP of creative for Hiku and Jamie was the founder and director of Common Good. In January 2018, on a trip to Costa Rica, Jamie organized a day of horseback riding followed by a sunset on the beach, where he planned to propose. “I was wearing shorts and my inner thighs got chafed,” he says. “We were swarmed by flies and Berkeley got eaten alive, but she still said yes.”

For their big day, they decided to throw two parties: an intimate gathering at Elora Mill with 120 of their nearest and dearest, and a rave in the basement of East Room with some 350 friends. 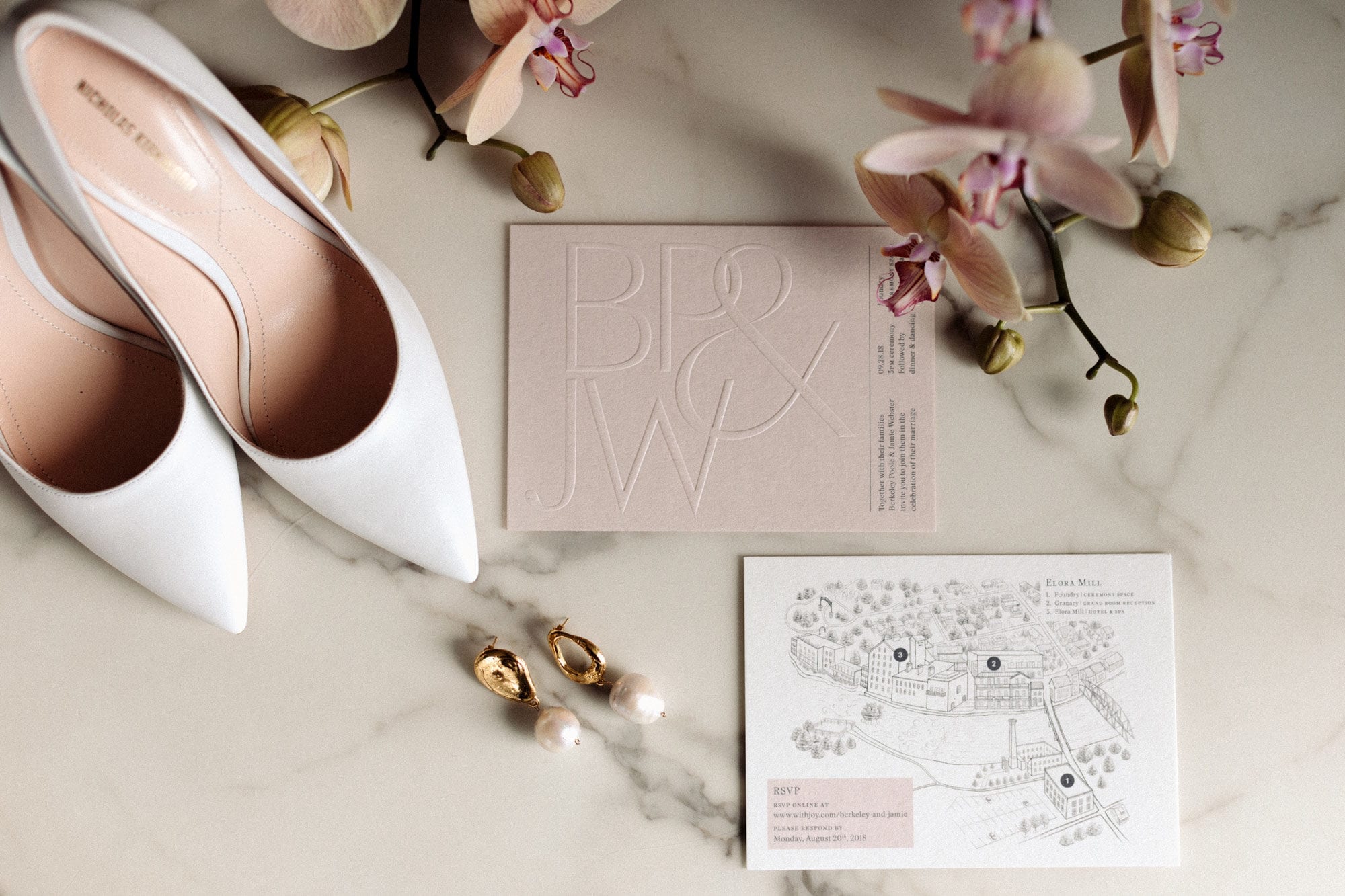 Berkeley designed the invitations herself. 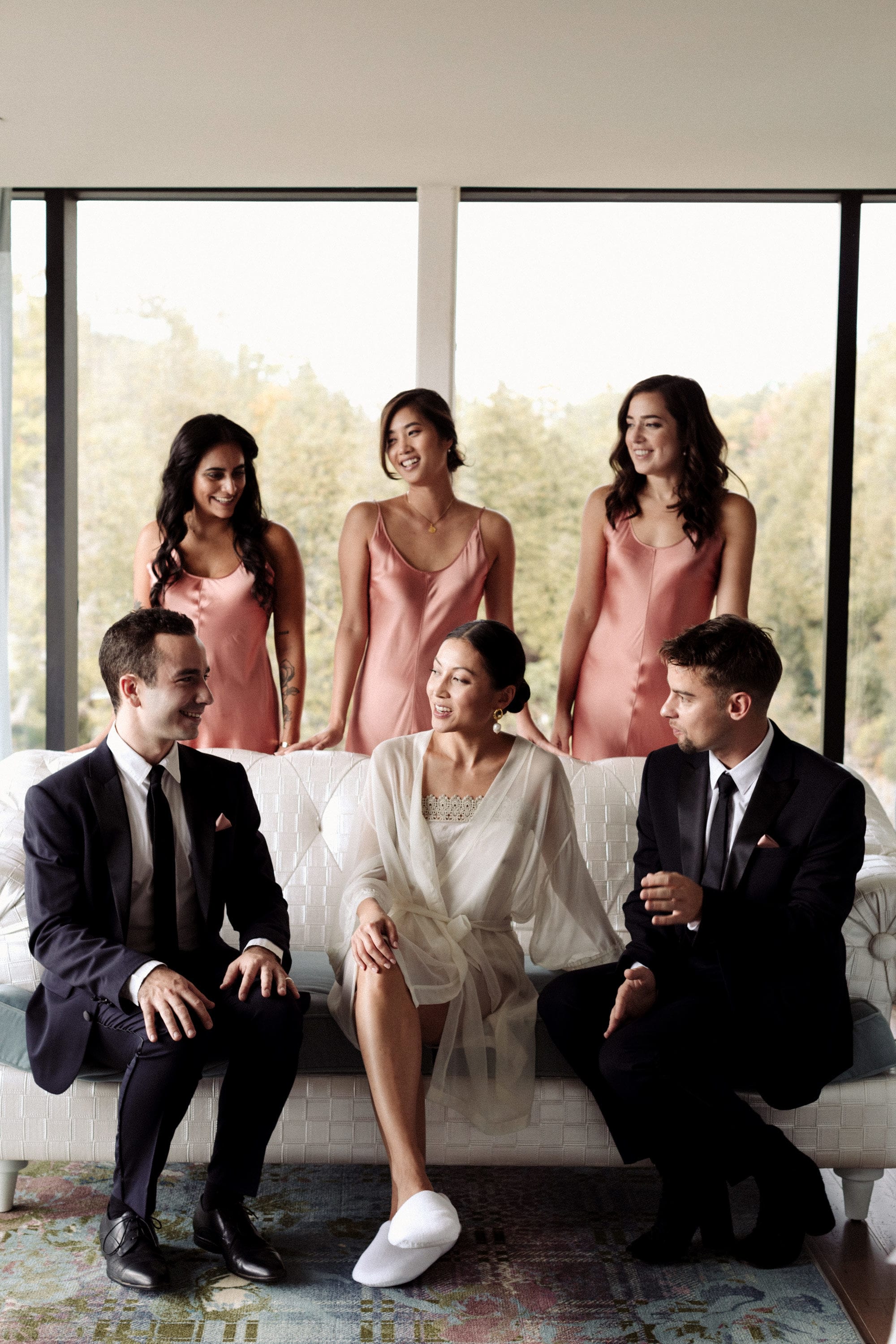 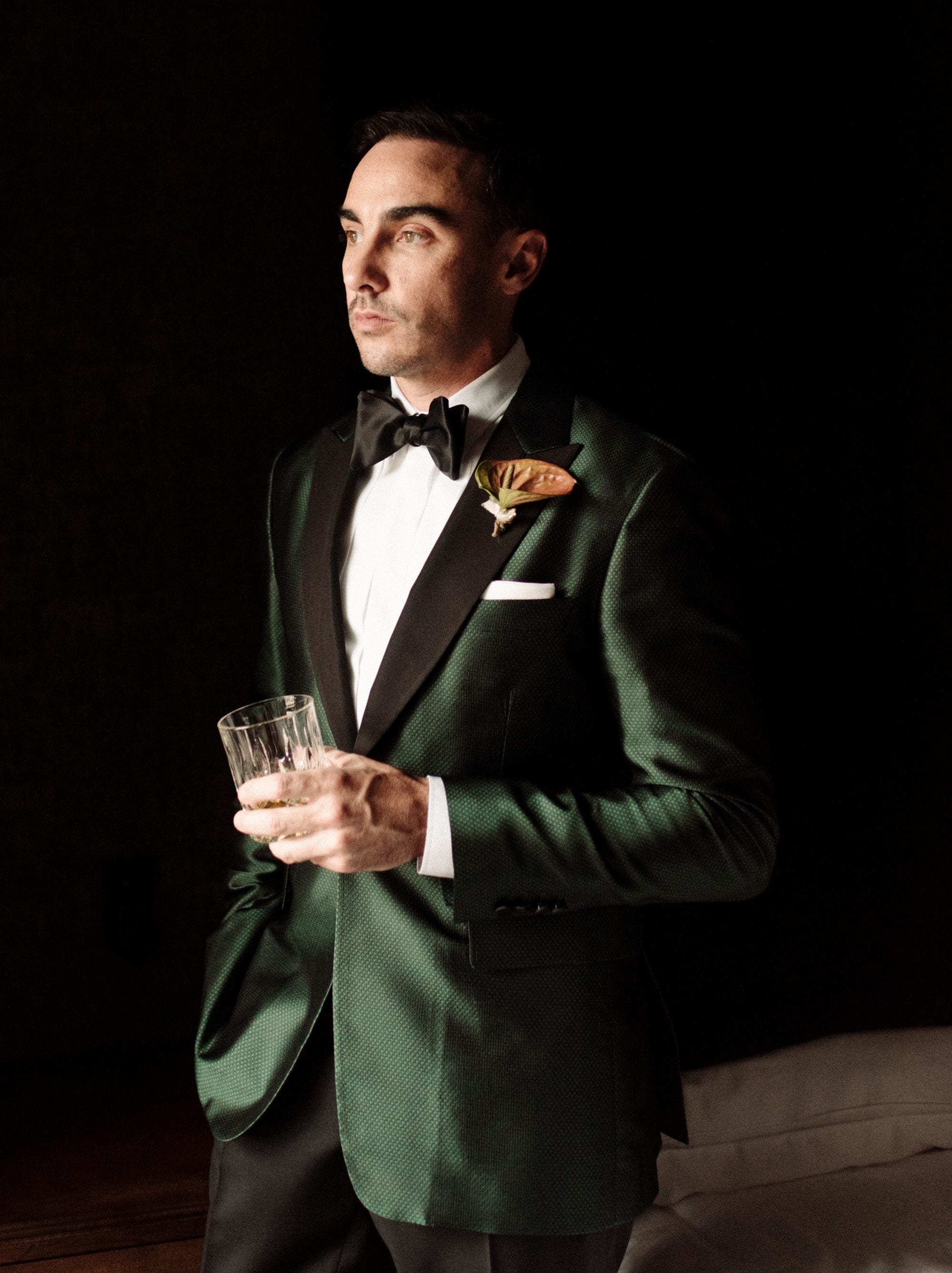 Jamie got his tux at Burberry in New York. 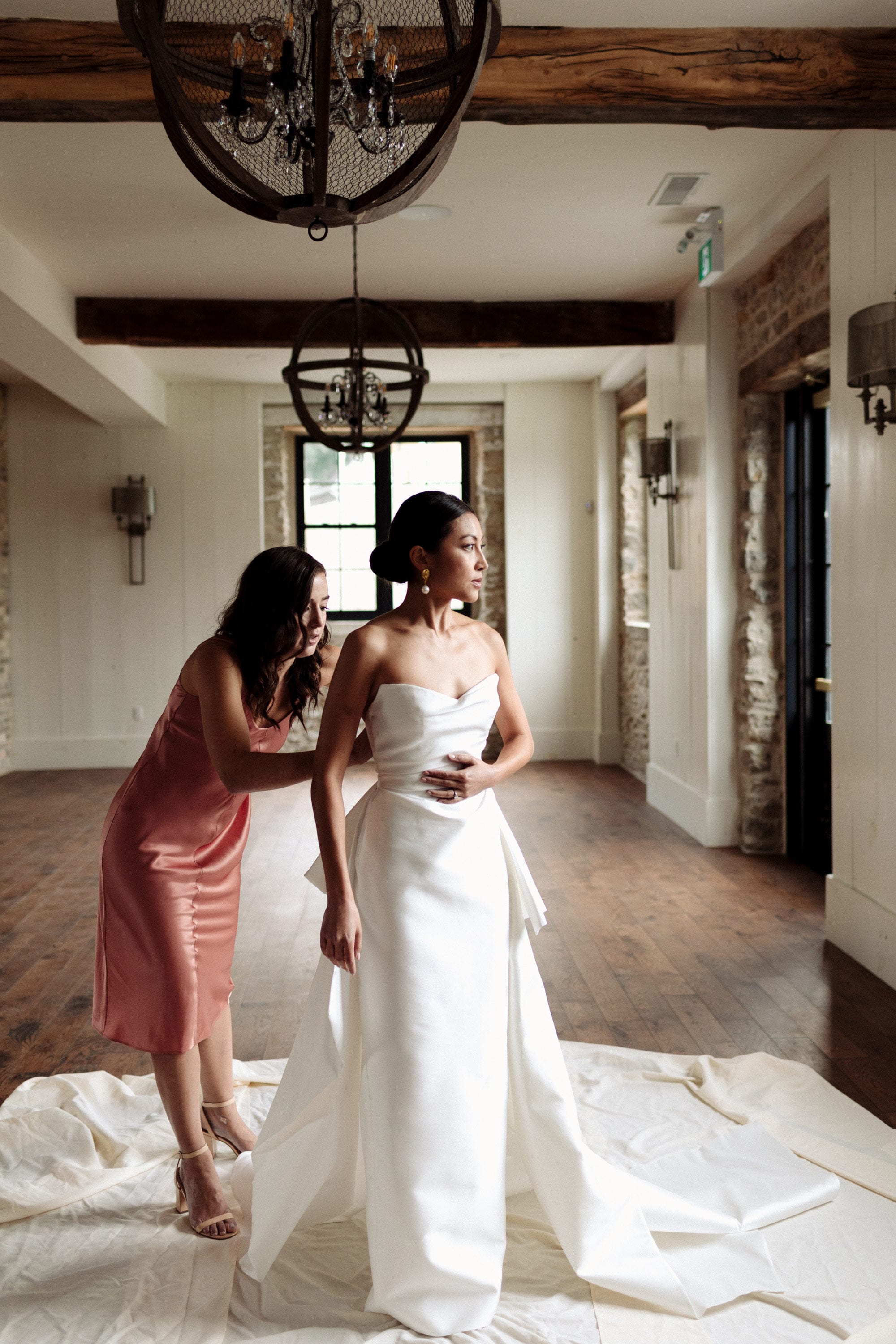 Berkeley wore a Monique Lhuillier dress with a dramatic train from White Toronto. 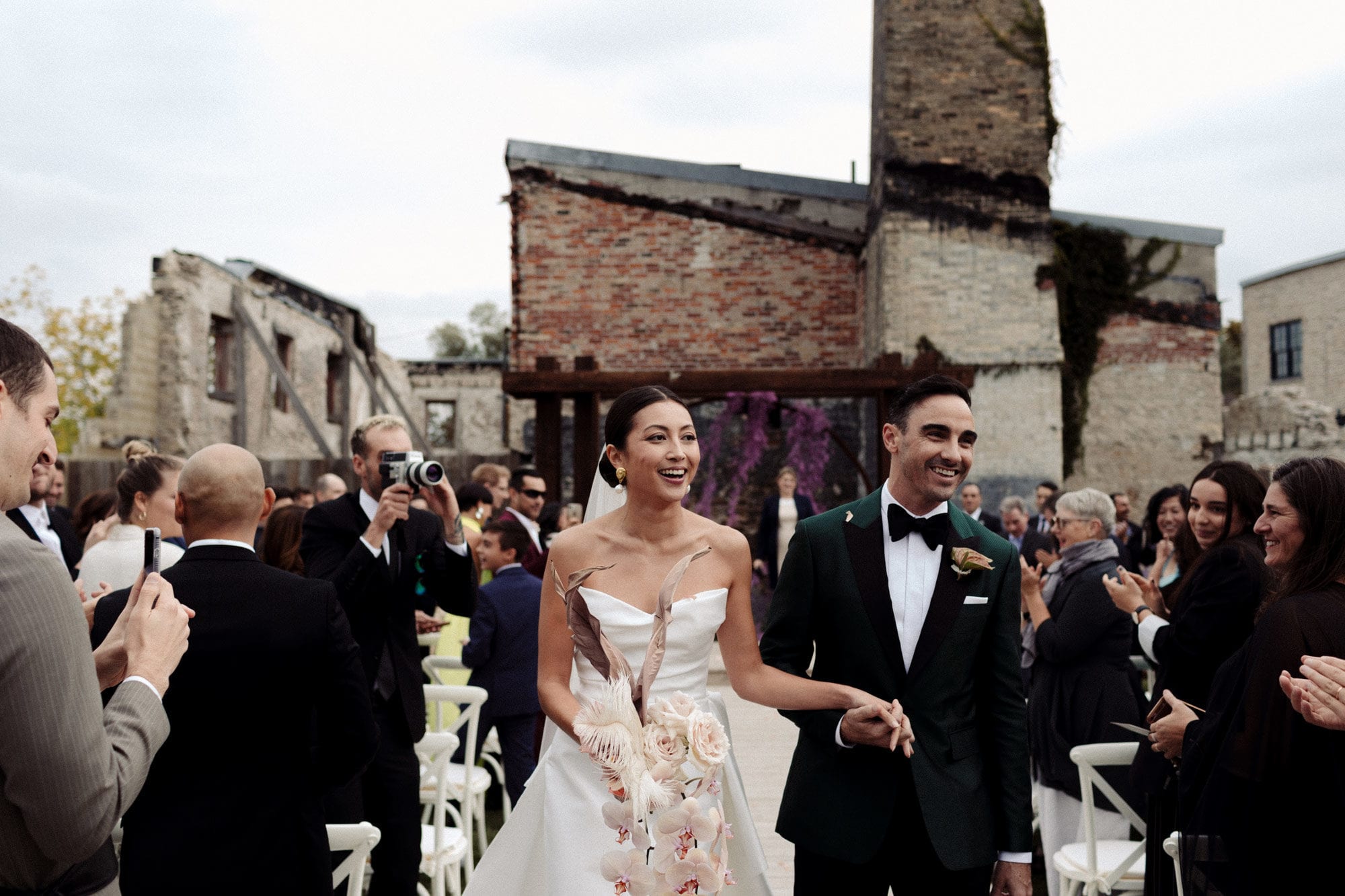 They held the wedding at the historic Elora Mill. Jamie’s uncle played “Heartbeats” by The Knife during the ceremony. “It was the first song Berkeley and I listened to together,” says Jamie. 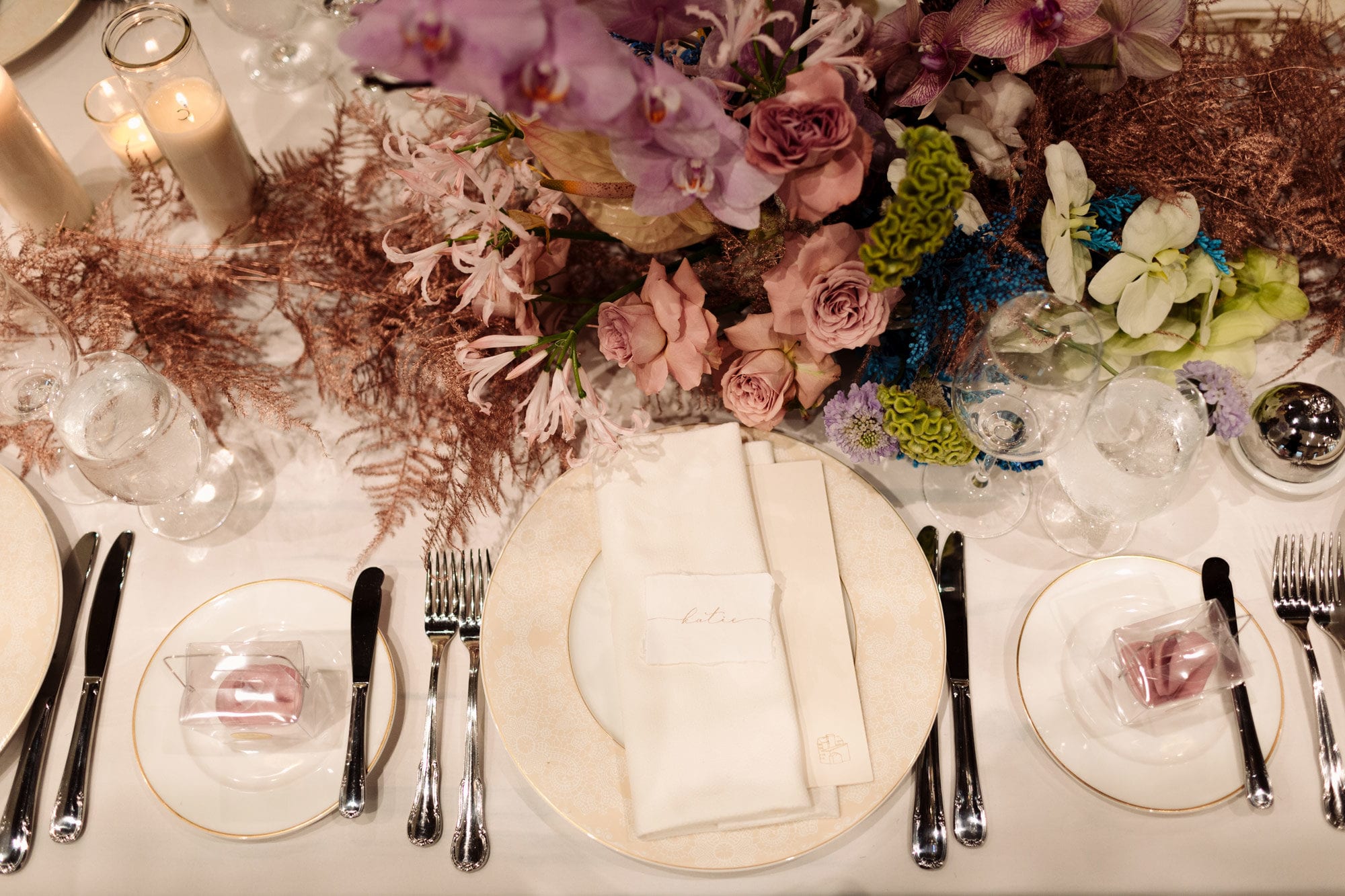 All of the place cards were handwritten, and Berkeley’s mom found handmade strawberry fortune cookies to give away as party favours. 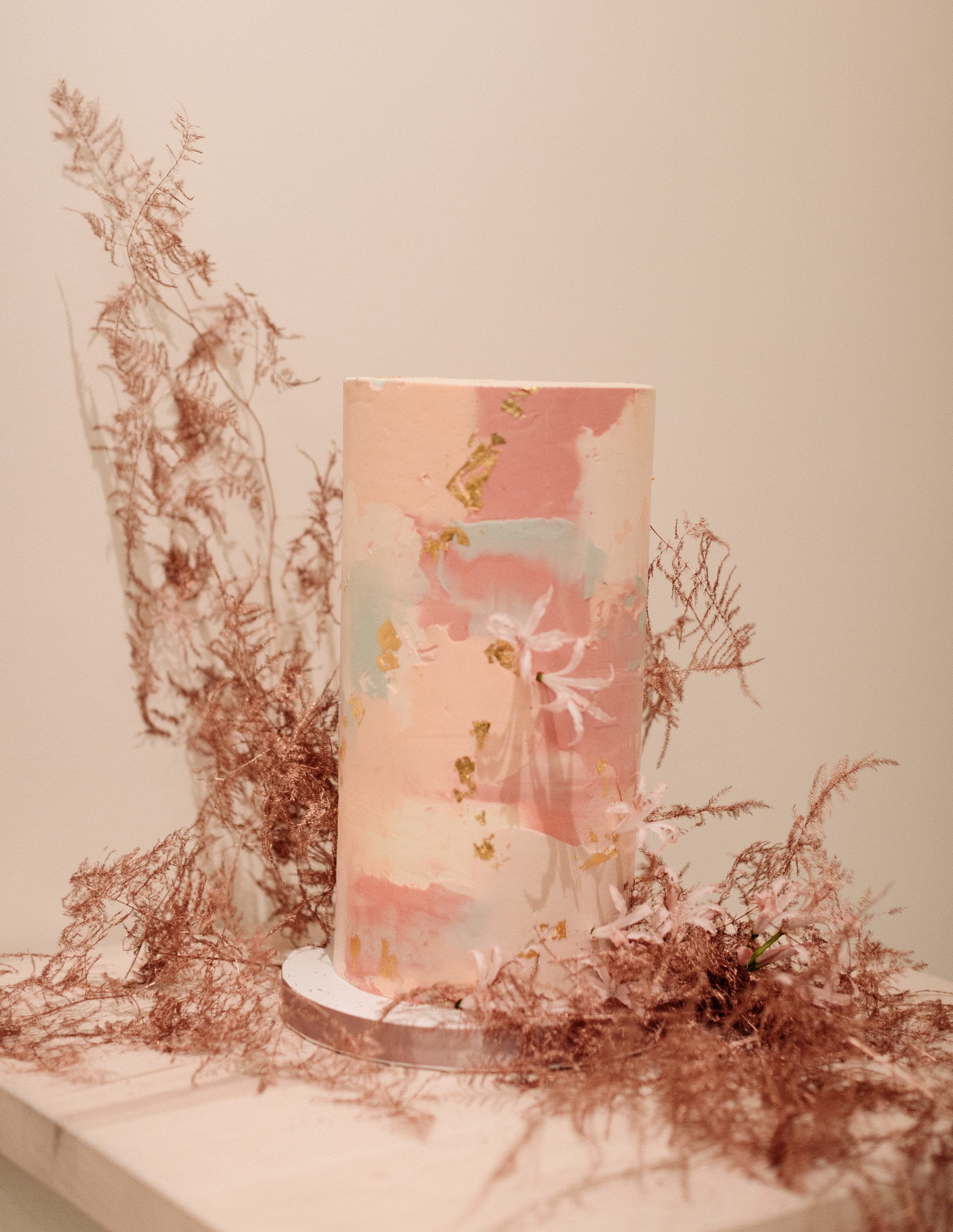 The cake was inspired by the paintings of American artist Cy Twombly. 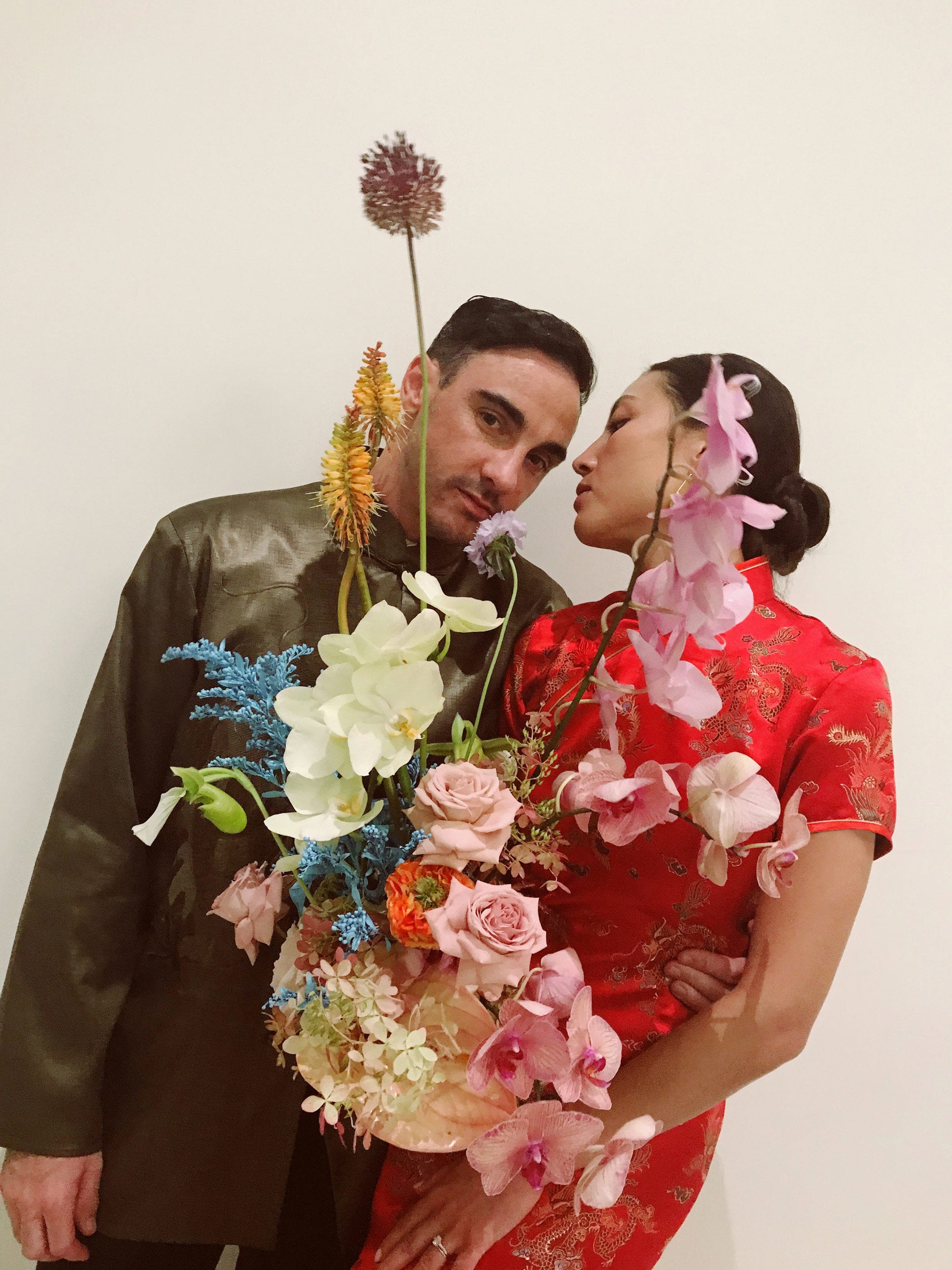 Later in the evening, the couple changed into traditional Chinese outfits. They held a tea ceremony with Berkeley’s grandparents in Toronto after the wedding. 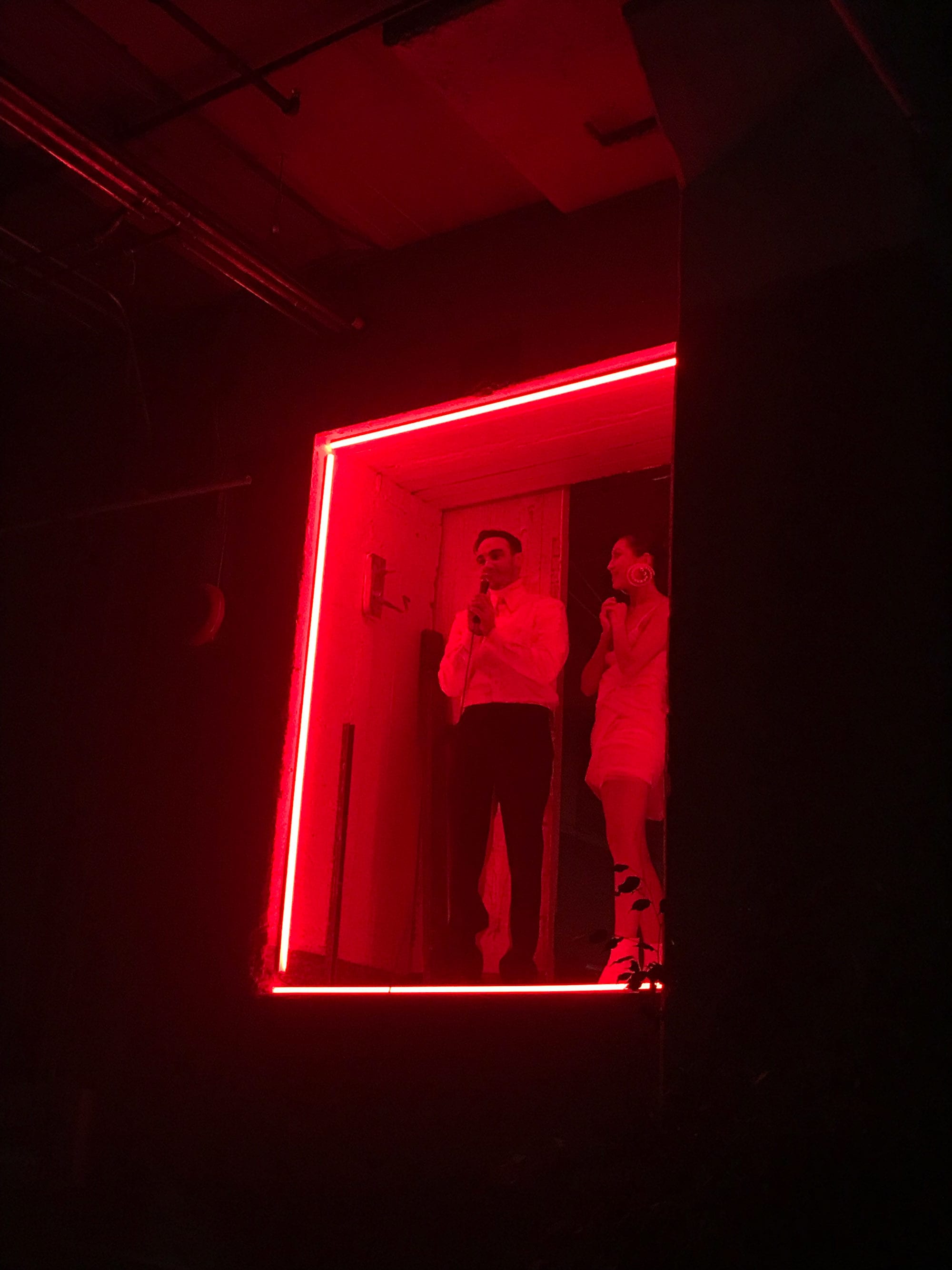 They hired a line up of seven DJs to play at their rave: Nino Brown, Chippy Nonstop, Tona, Theo Blackmon, Teesh, Sophie Jones and Wasserman. They decorated the space with art installations they made themselves, and for their grand entrance, they lit up a hole in the wall with red LED lights. 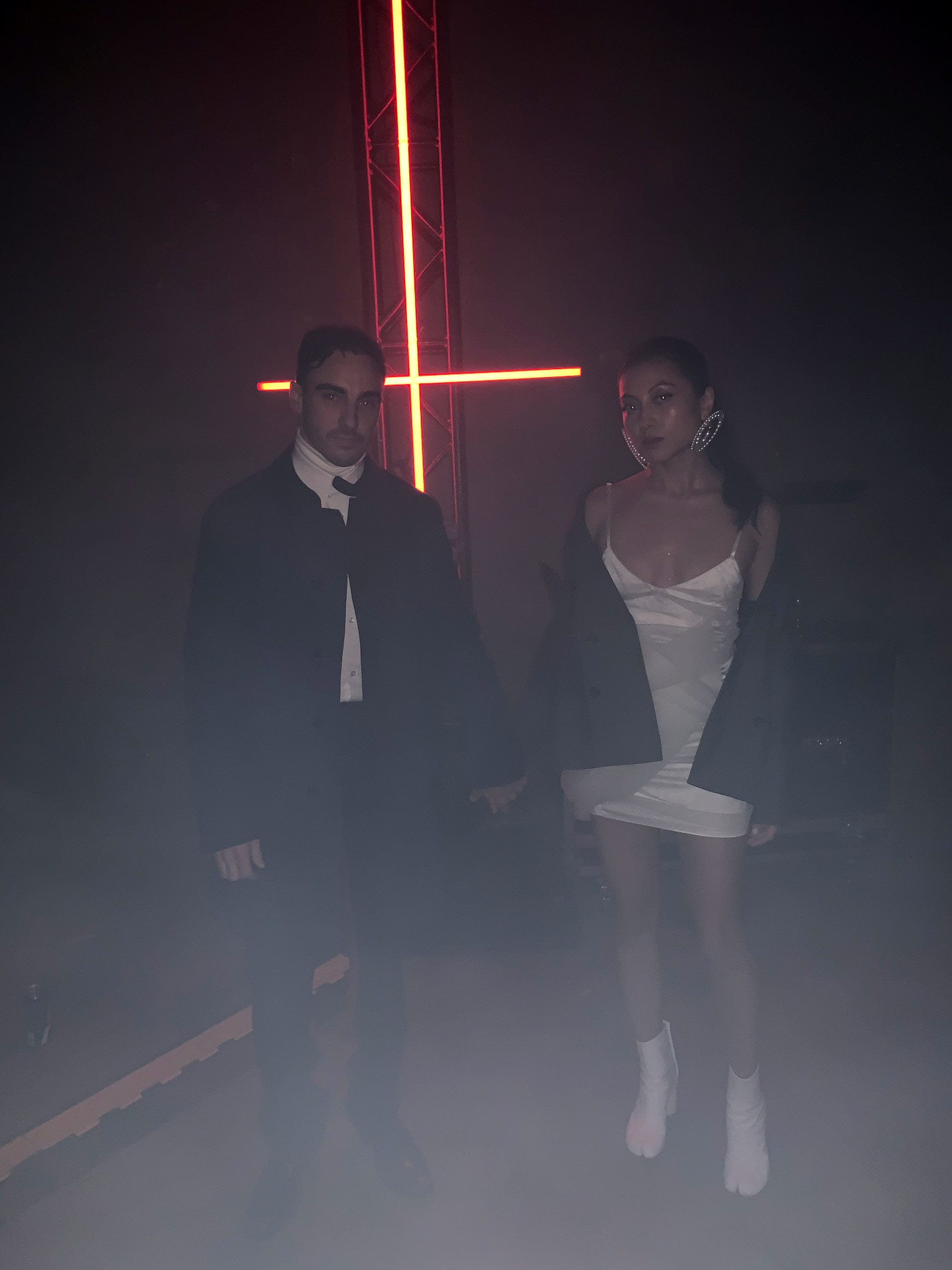 For the rave, Jamie wore Calvin Klein and Berkeley wore a Y/Project dress.