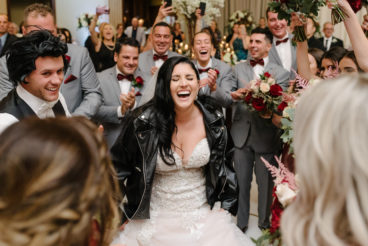 Mike Vieira and Natasha Lanzarotta, a firefighter and a teacher from Georgetown, met in their Grade 9 English class. Mike spent the first few weeks staring at Natasha from across the room. “As soon I laid eyes on her, I couldn’t take them off,” he says. “It was love at first sight.” He hadn’t quite reached his full romantic potential at that point, so one of his friends asked her out on his behalf. They had their first date at McDonald’s—and they’ve been together ever since.

Fourteen years after they first met, Mike proposed on a hike at Milton’s Crawford Lake Conservation Area. He hired a photographer to surreptitiously trail them with his girlfriend and snap photos of the engagement as it happened. Natasha was annoyed that the random couple was always nearby, but clued in once Mike got down on one knee. They held the wedding on October 5 in honour of Natasha’s grandparents, who would have celebrated their 60th anniversary on that date. They chose the Royal Ambassador in Caledon for its picturesque lakeside views, and when it came time for their grand entrance, they surprised everyone by dressing up as Danny and Sandy from Grease, and performing a rendition of “You’re the One That I Want.”

Natasha designed the invites—along with the rest of the stationery—herself: 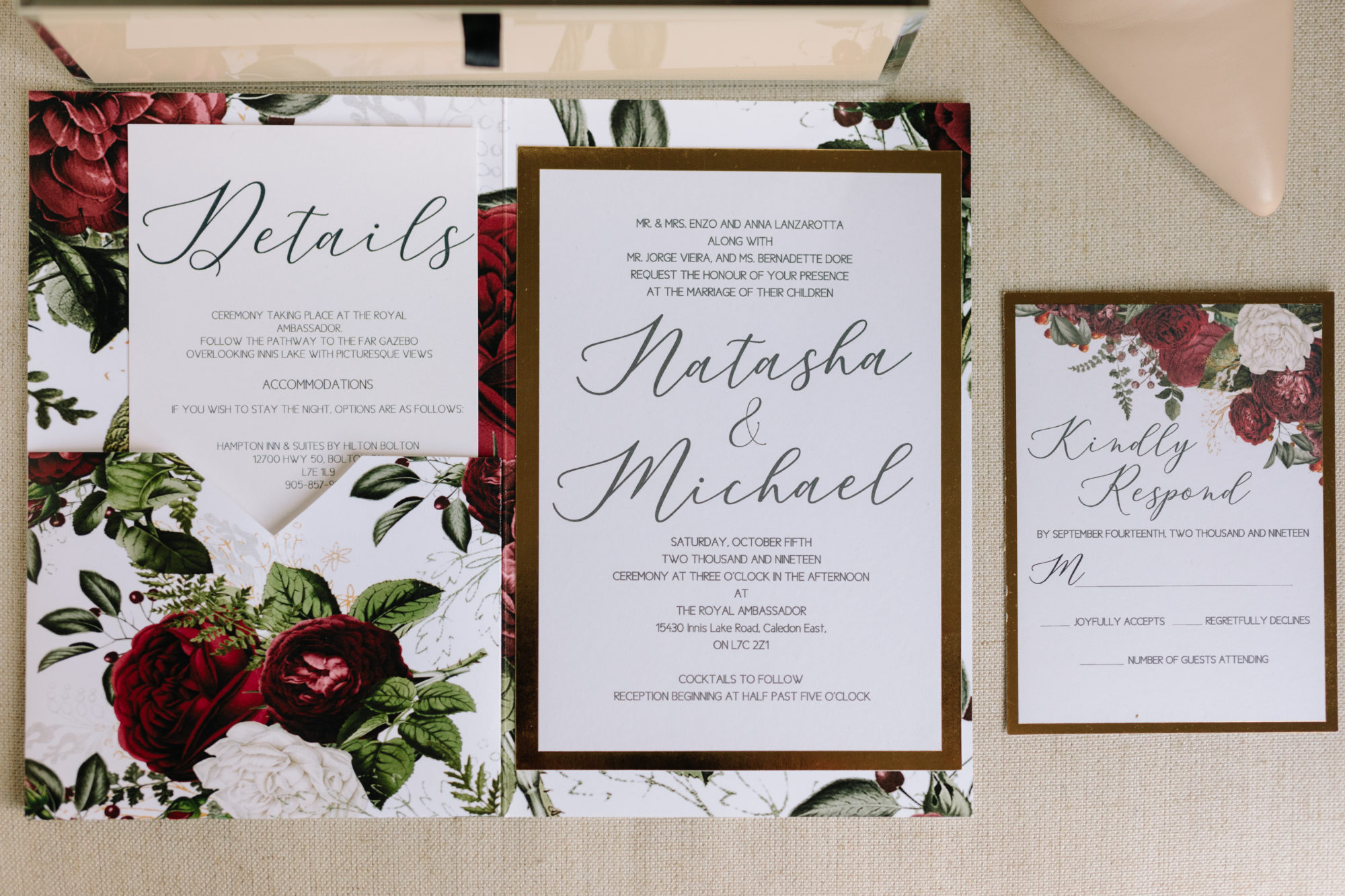 She gave each of her nine bridesmaids a pair of earrings, a jewellery box and a robe: 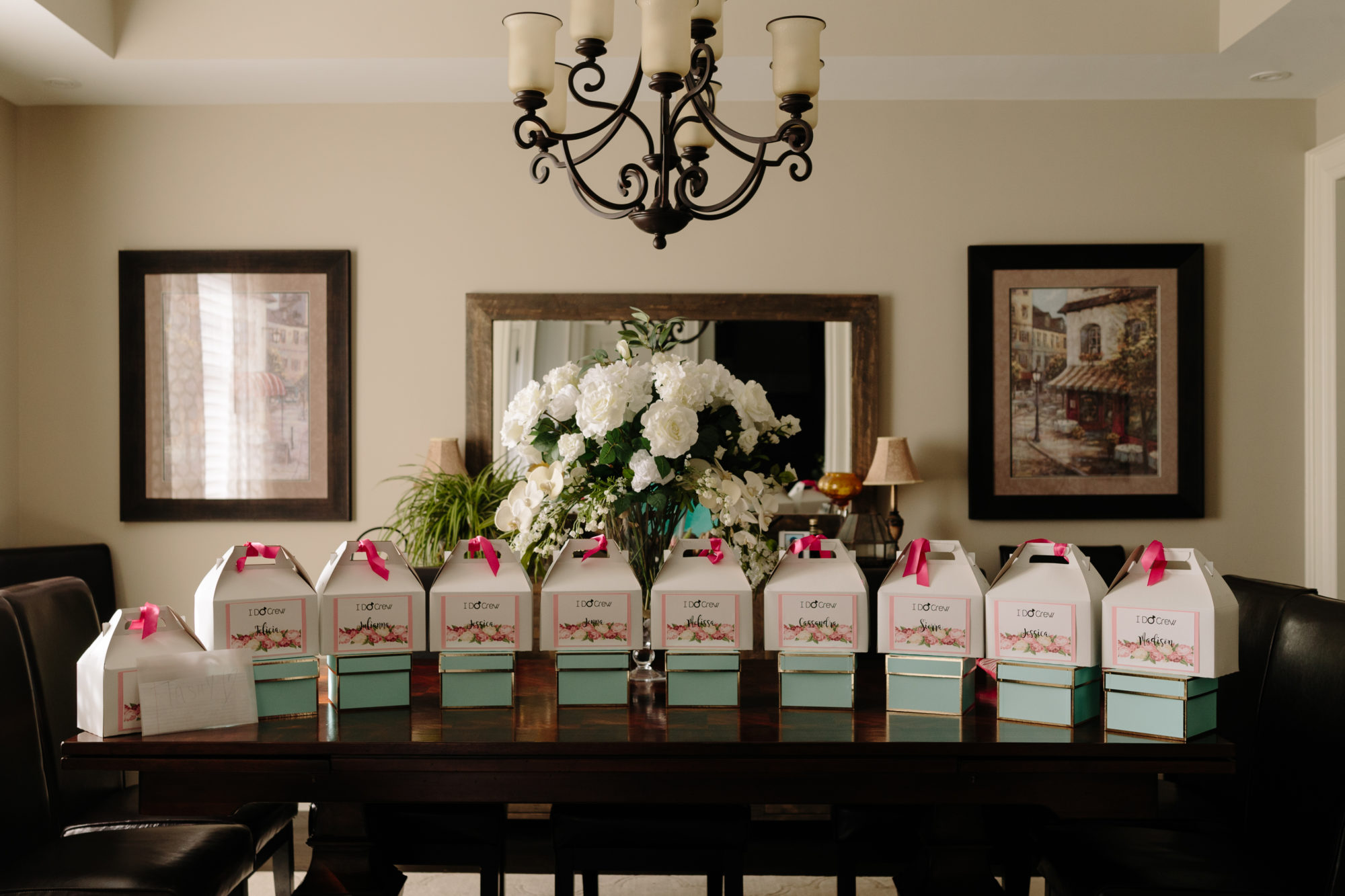 Natasha and Mike arrived at the venue in a Rolls-Royce: 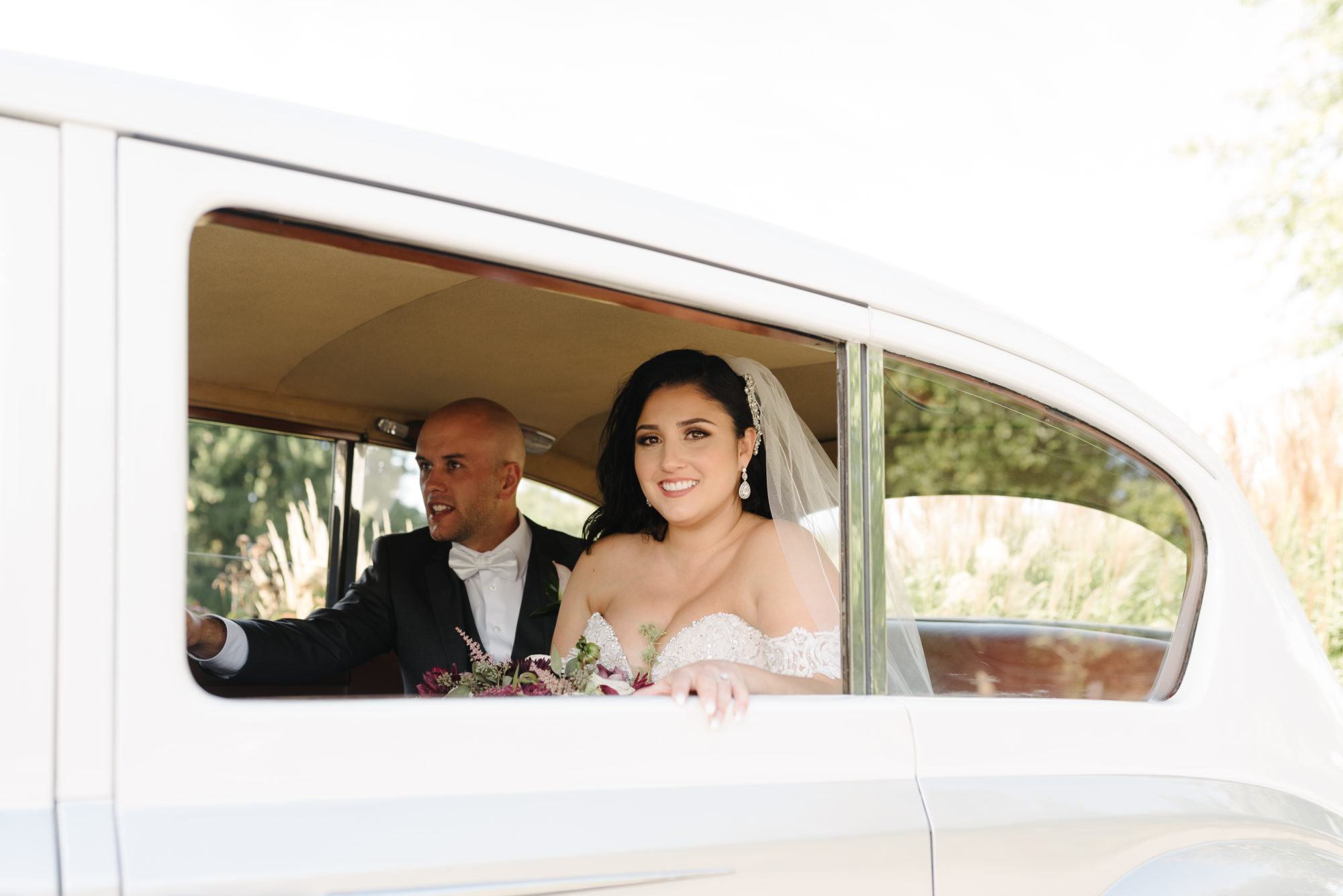 The ceremony started by the water: 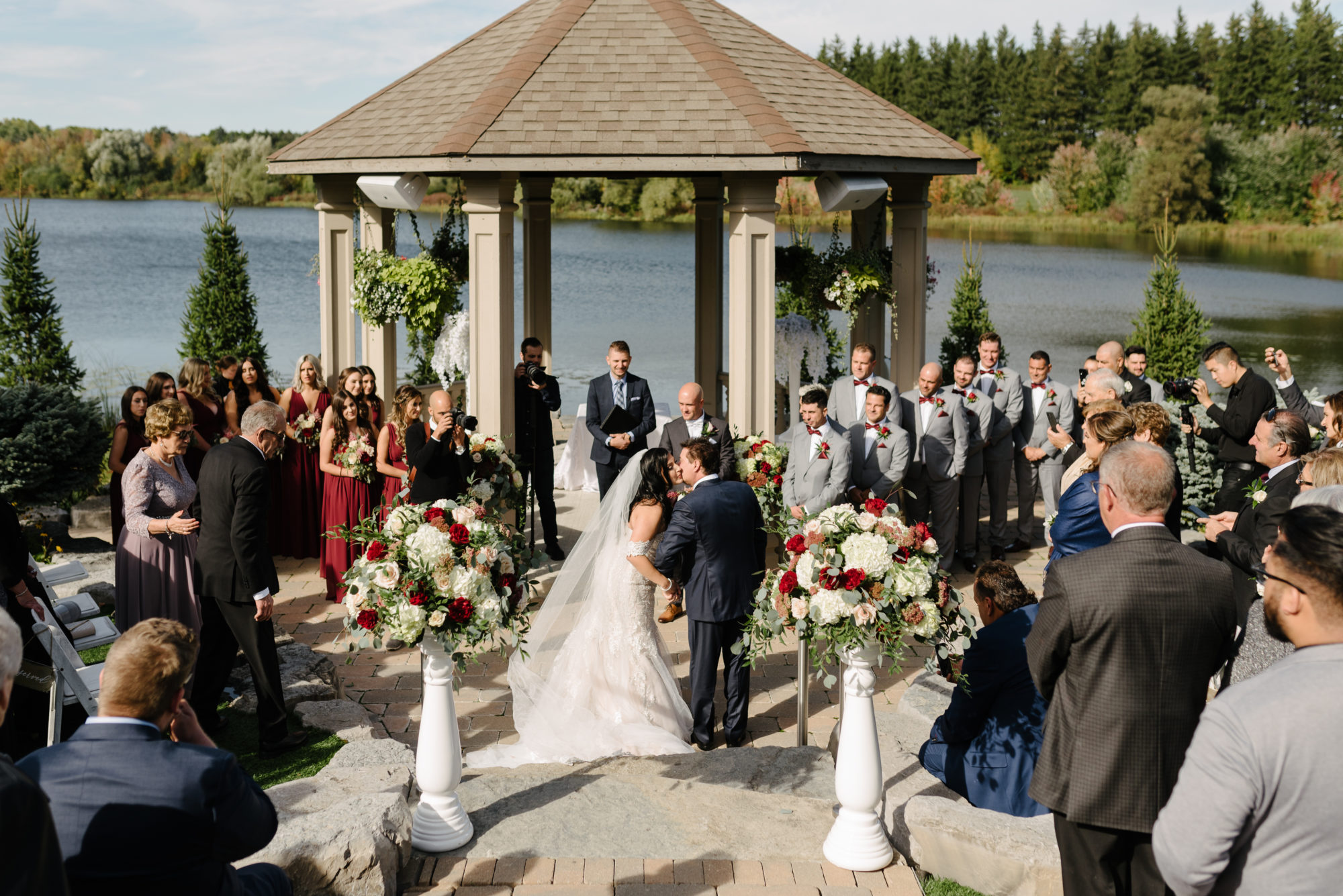 Natasha walked down the aisle to a live instrumental performance of “Never Tear us Apart” by INXS, which is one of Mike’s mom’s favourite songs (she named him after lead singer Michael Hutchence): 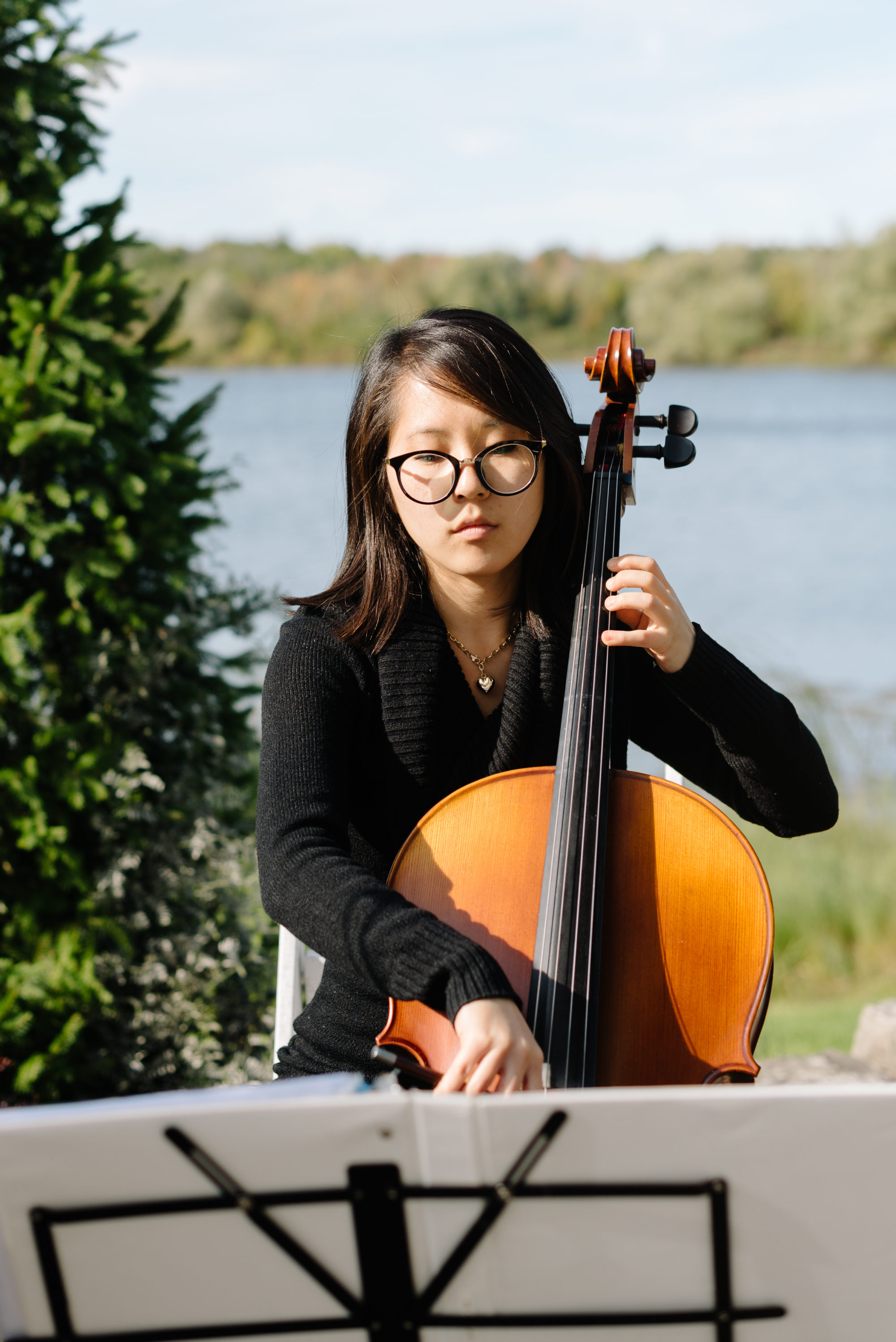 After the ceremony, they snapped photos with their sizable bridal party: 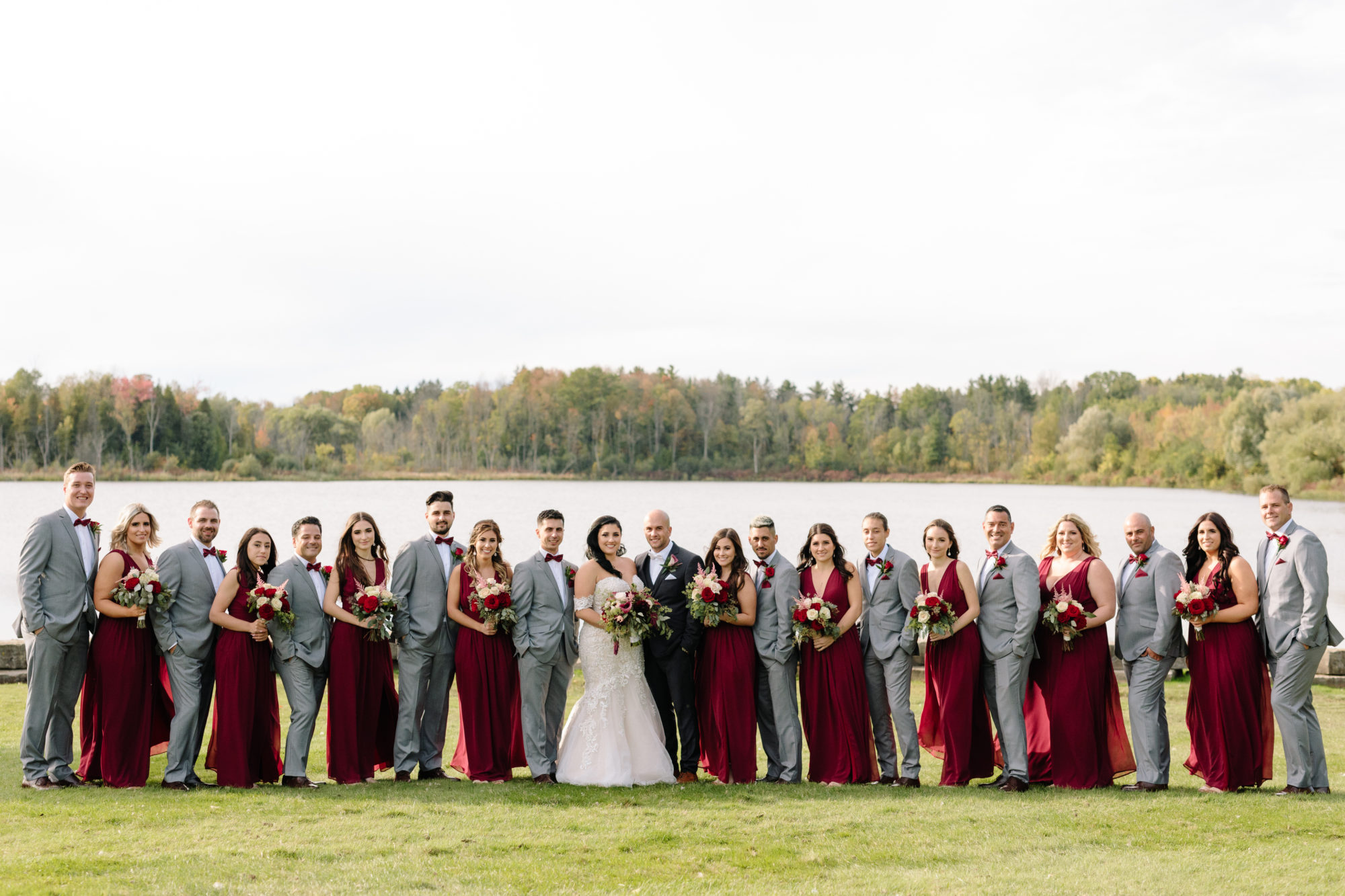 For favours, they played up the autumnal theme by letting guests “pick” their own apples: 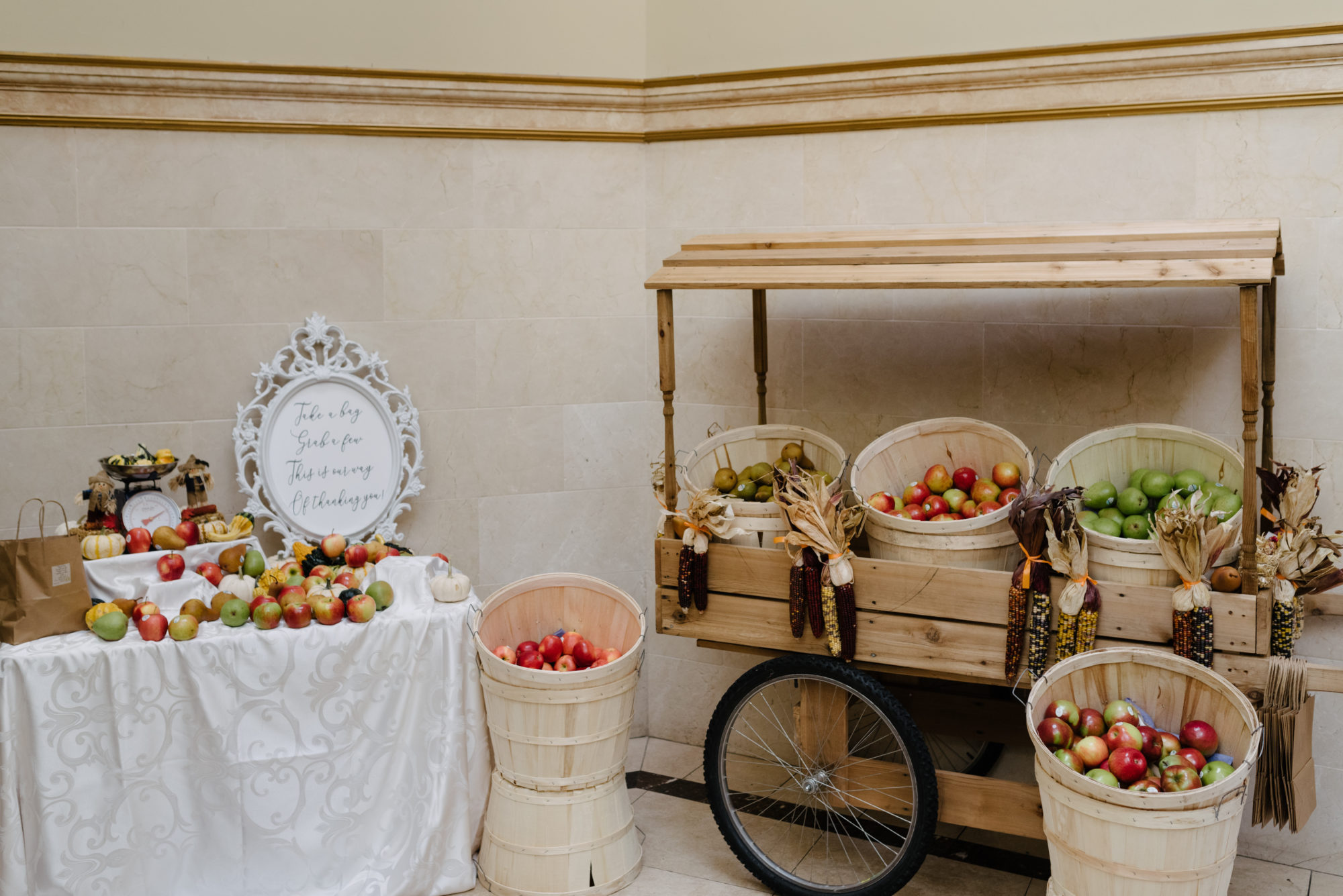 Inside, the tables were covered in red and white roses and hydrangeas: 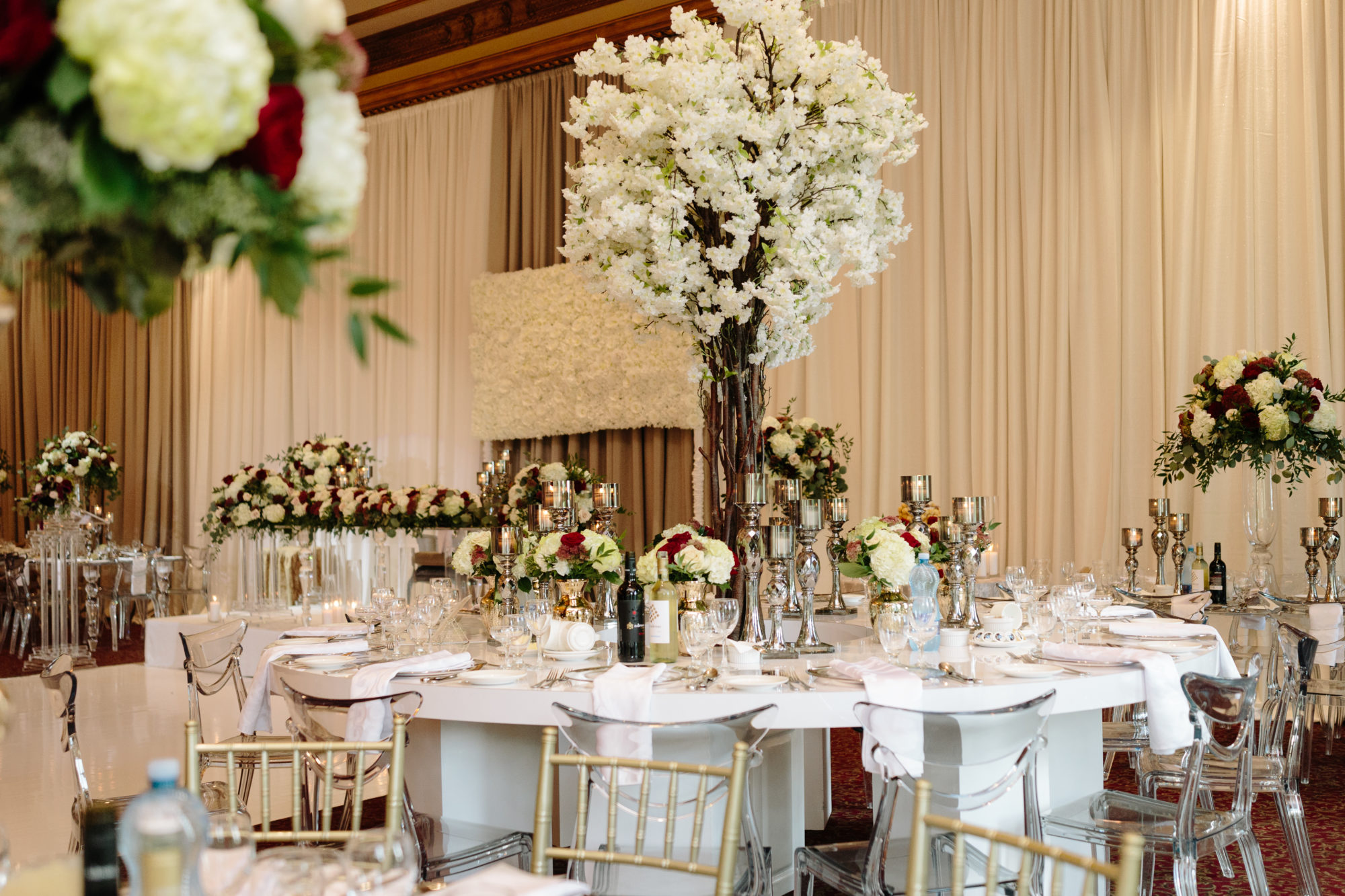 They wanted to do something different for their entrance, so one of Natasha’s sisters (who was inspired by a YouTube video) suggested dancing to a song from Grease. Since it was close to Halloween, Mike’s wig was pretty easy to find: 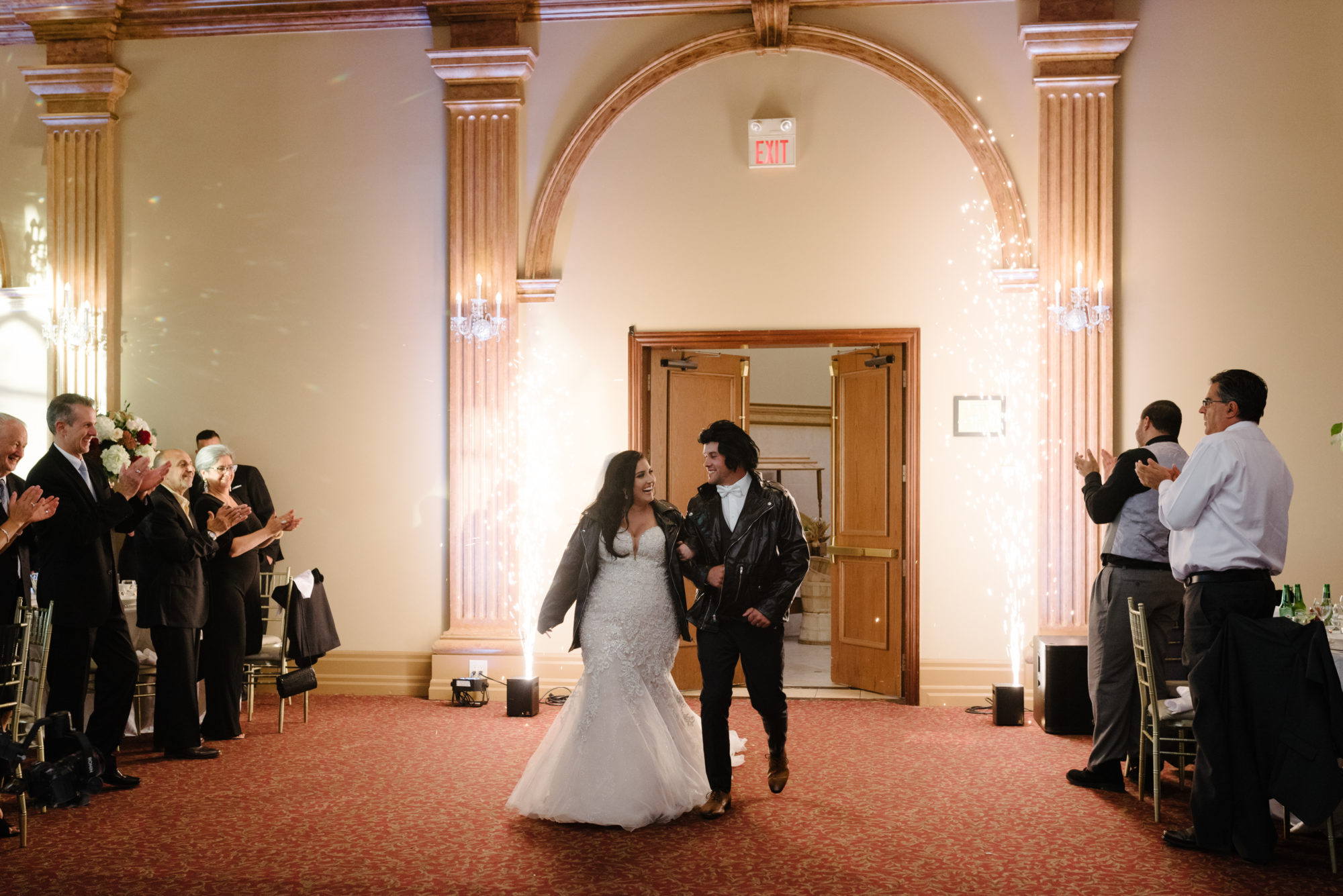 They only practised once before the wedding, but nailed some ambitious moves: 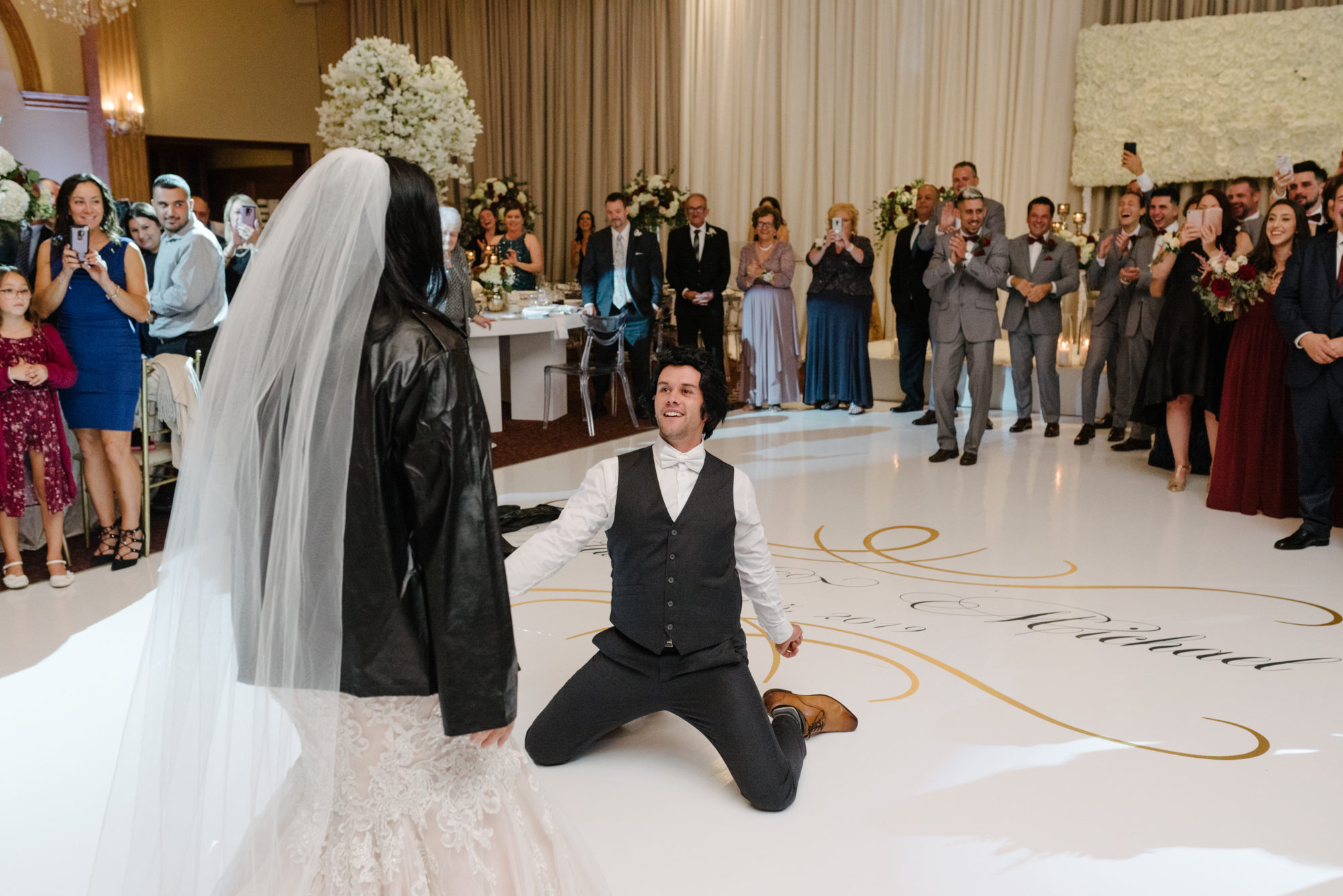 The rest of their bridal party joined in: 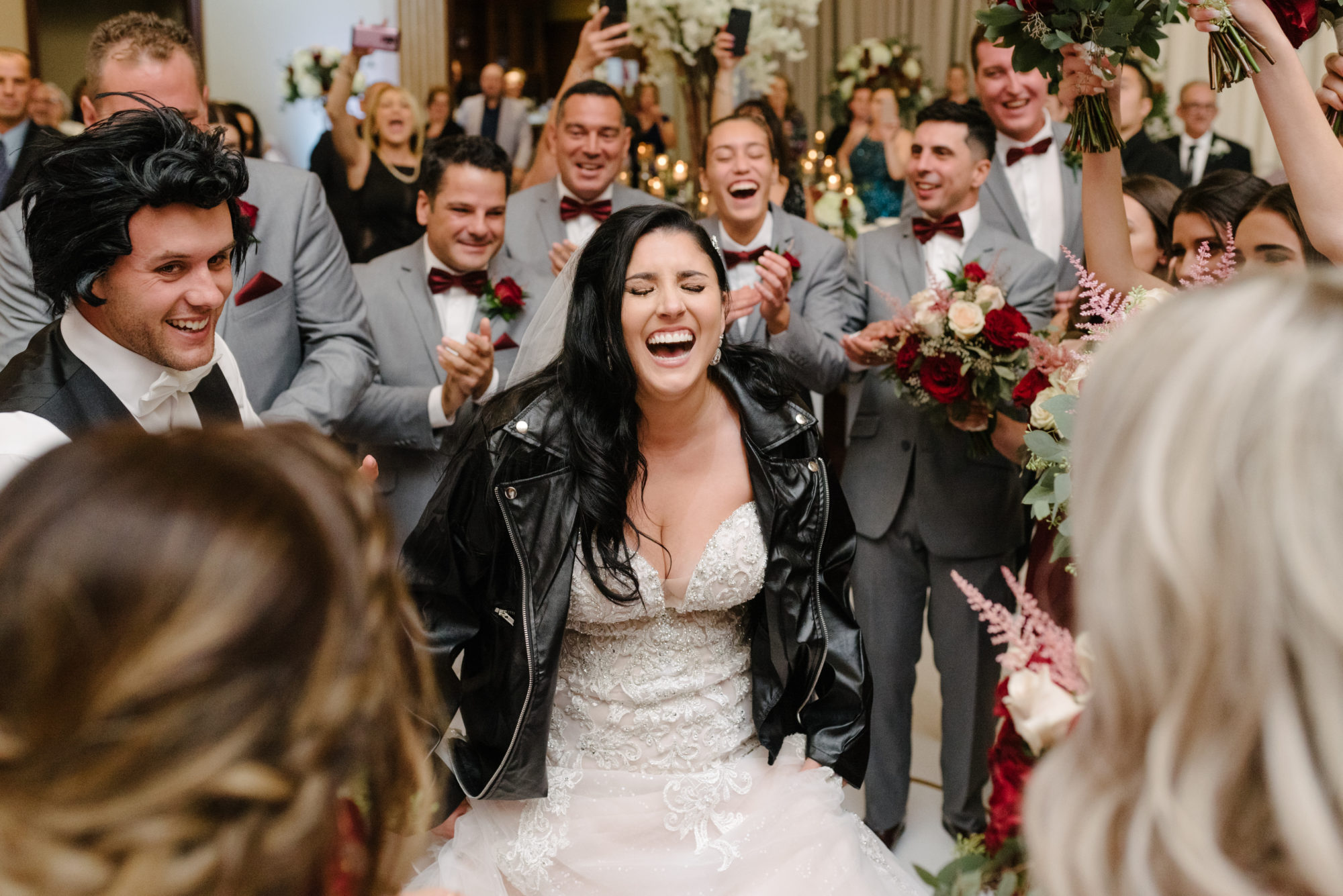 Their first dance was to Leroy Sanchez’s “Til Death Do Us Part”: 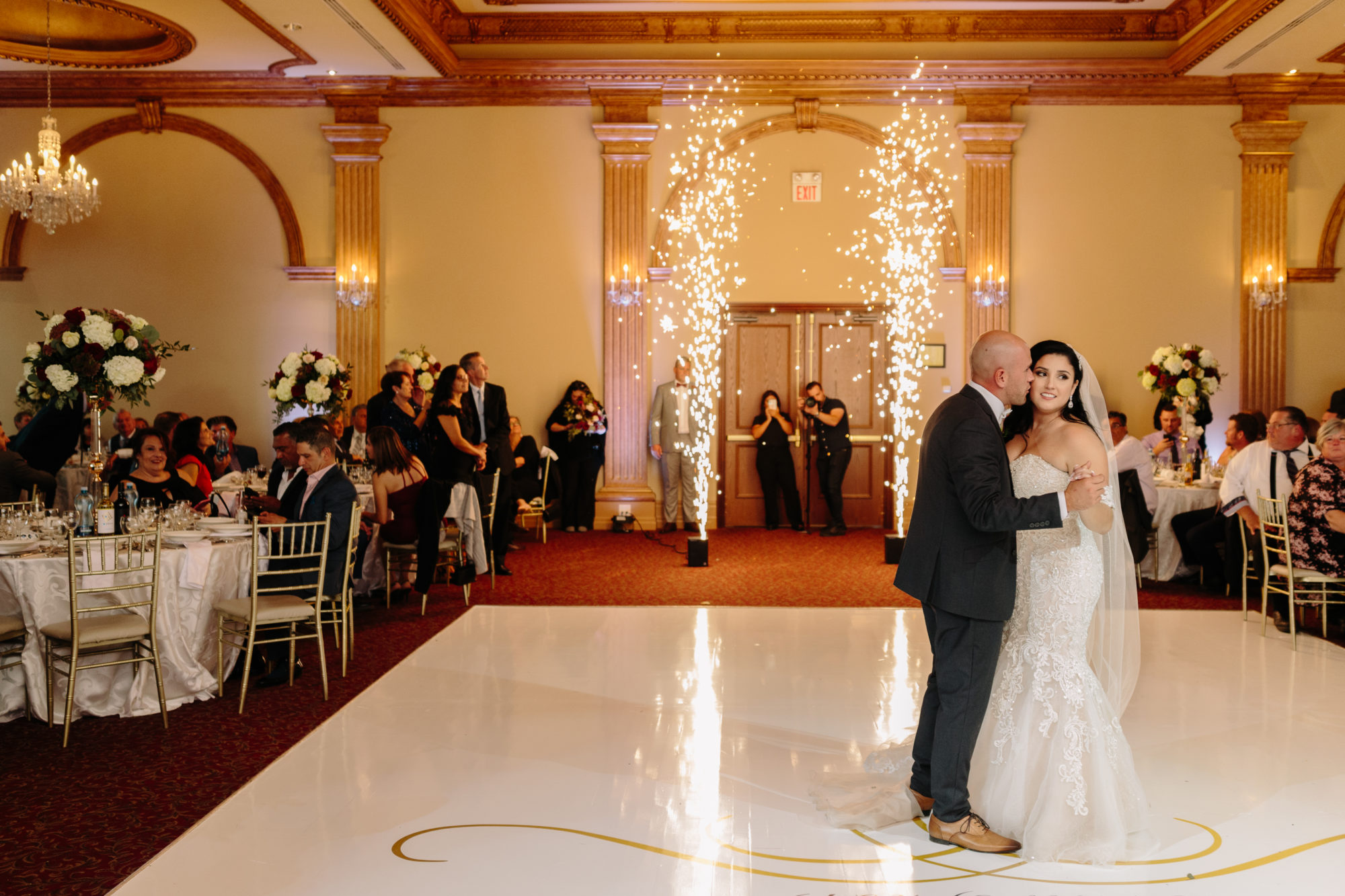 Their cake was a tower of profiteroles: 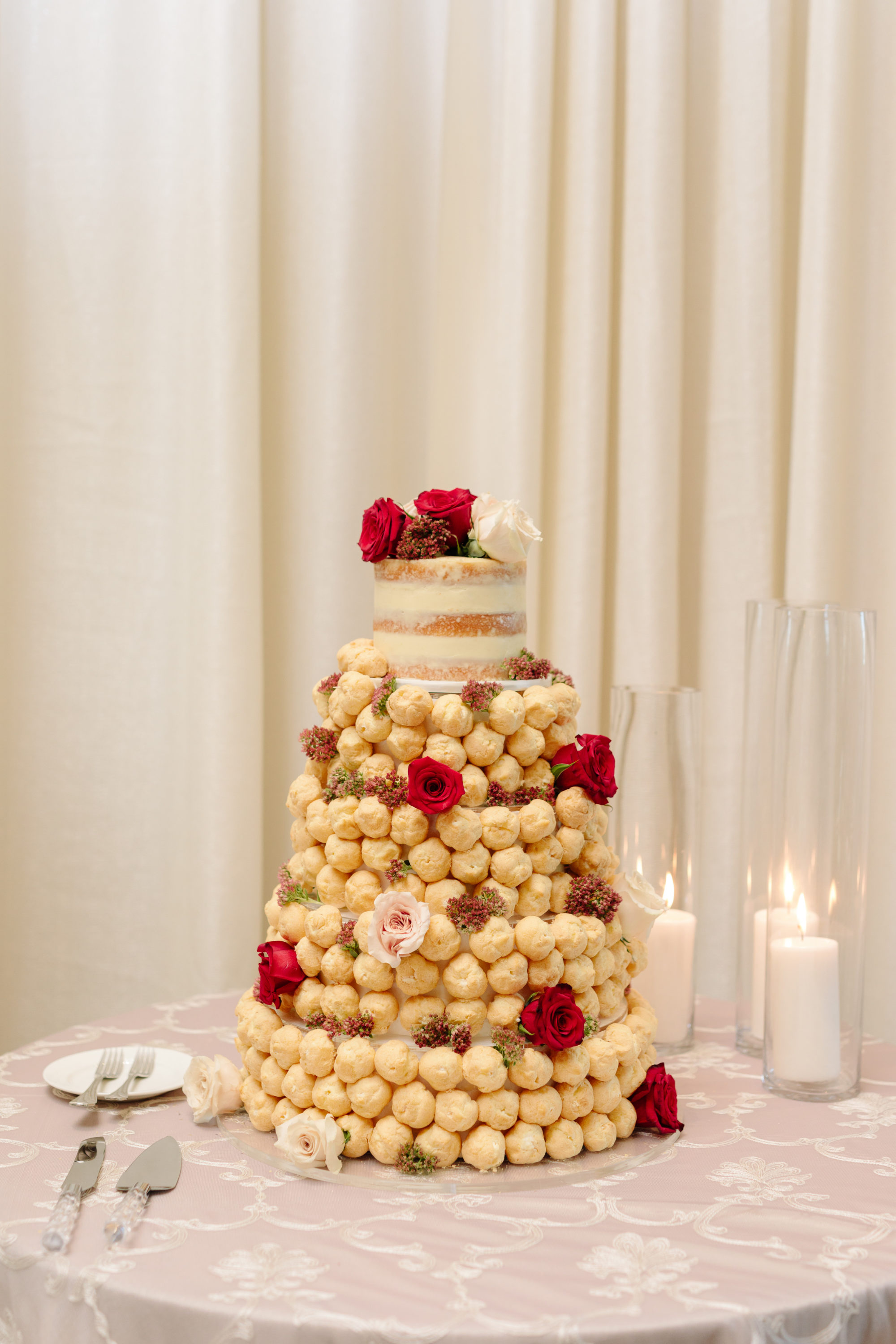 Natasha’s late grandfather loved accordion music, so she brought in a live accordion player. He dedicated a Dean Martin song to Natasha’s grandparents: 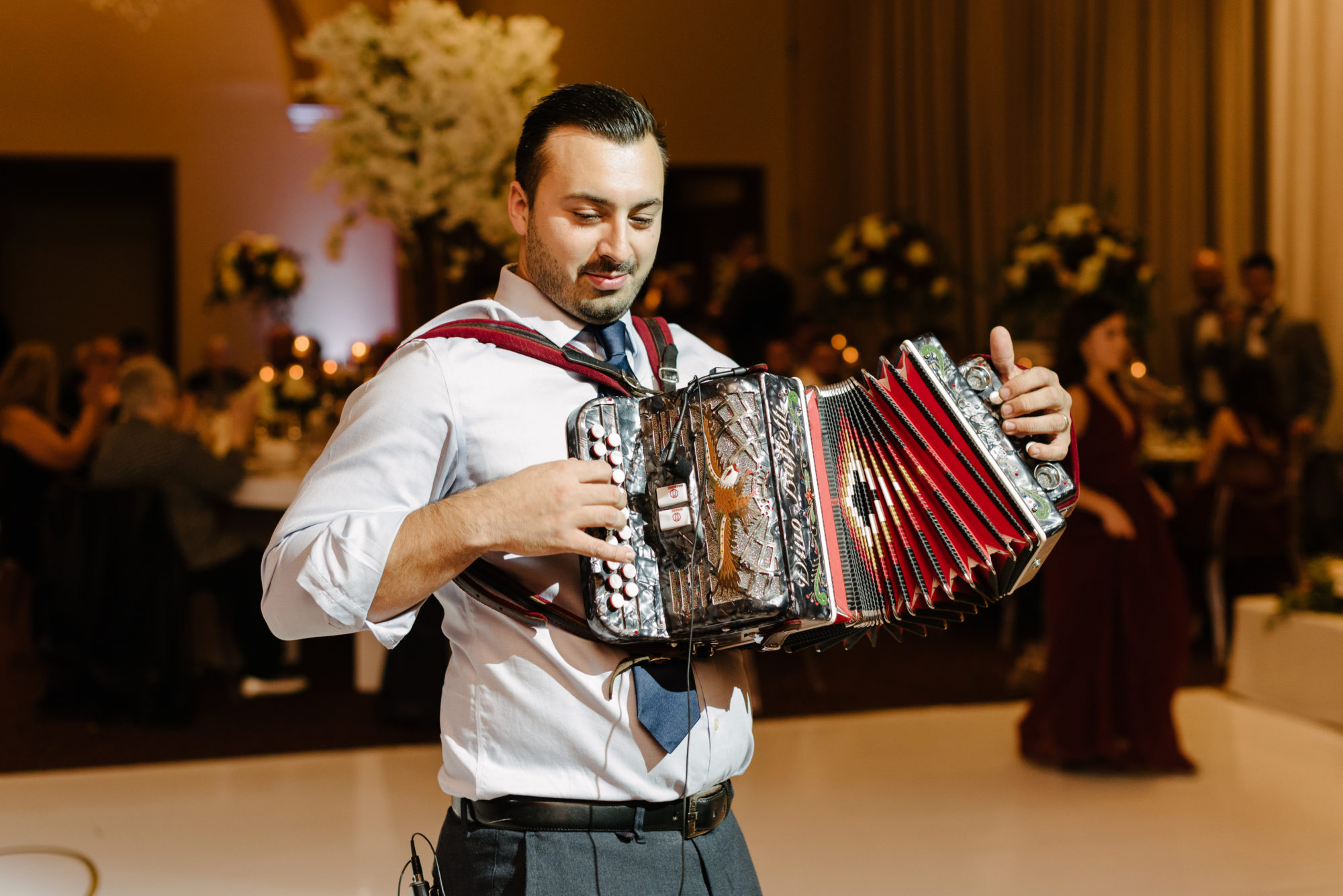 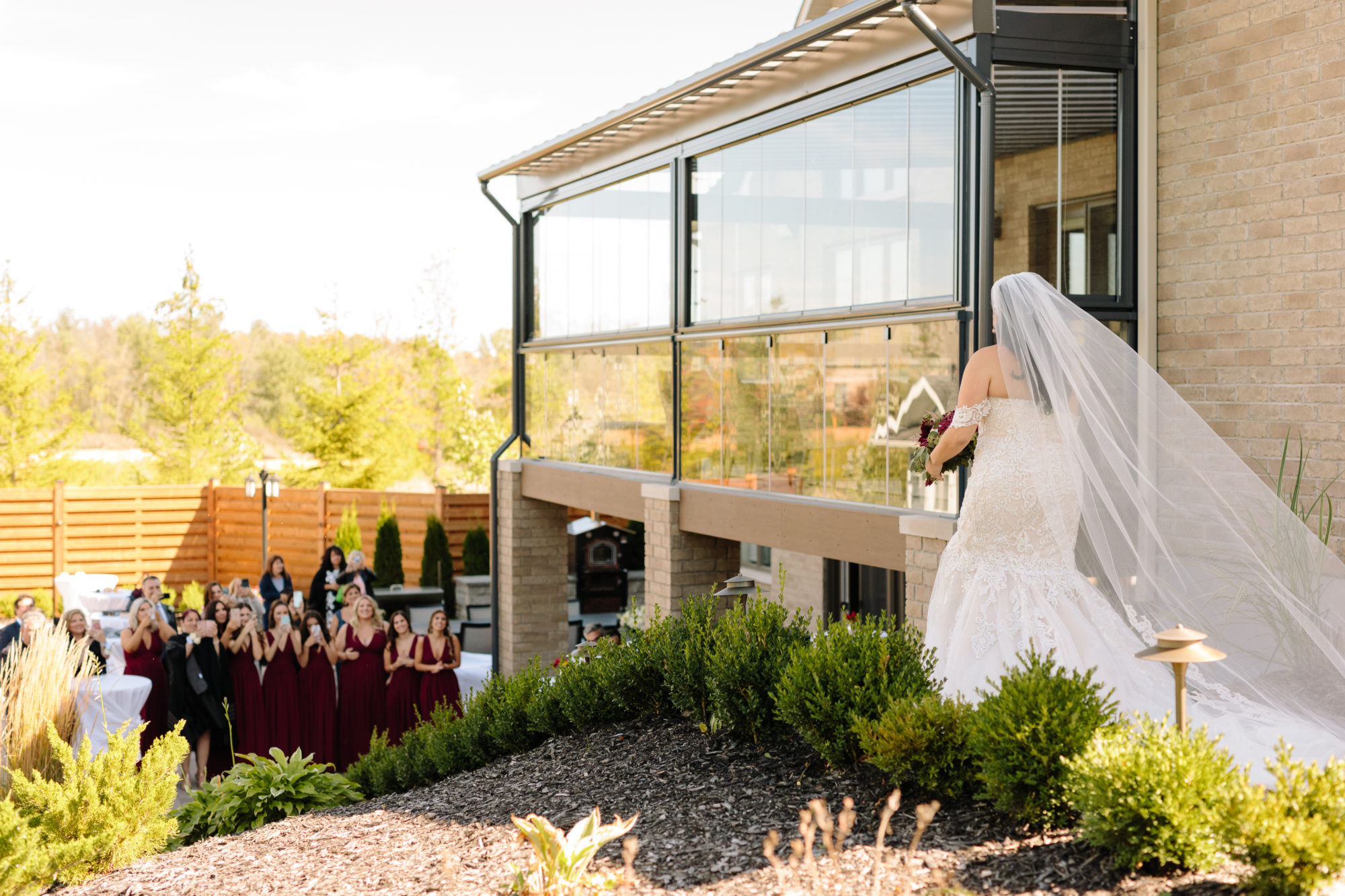 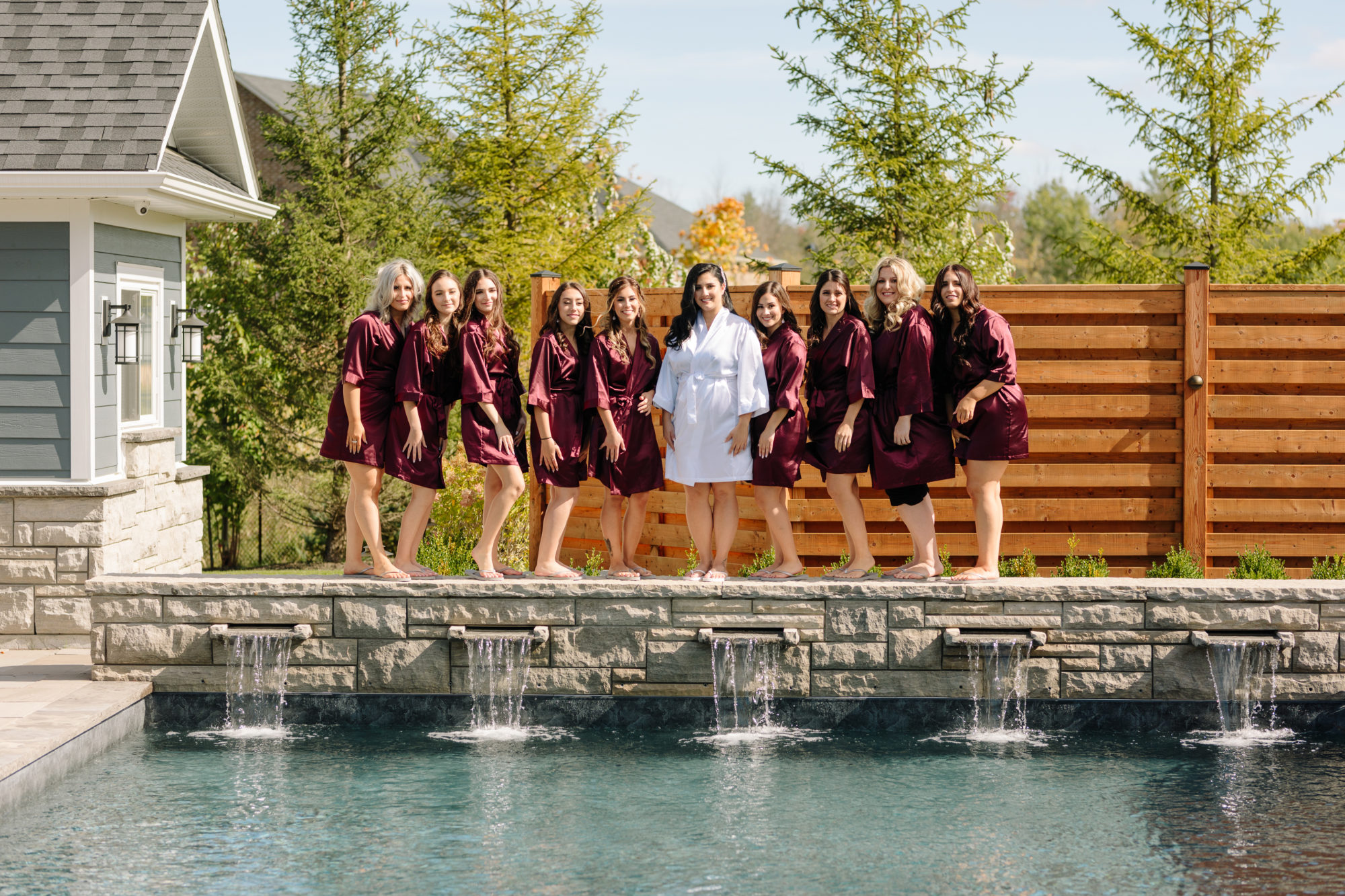 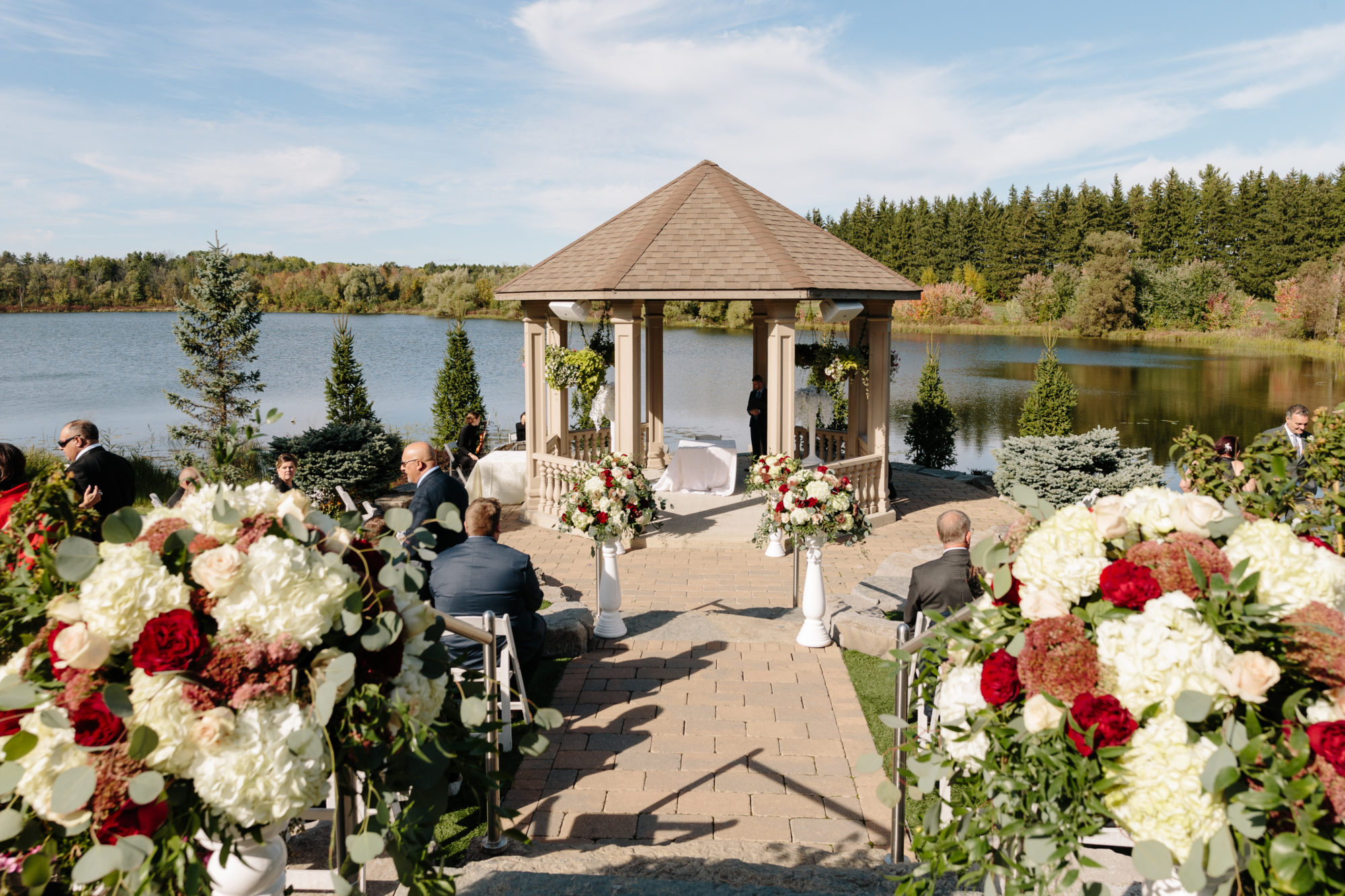 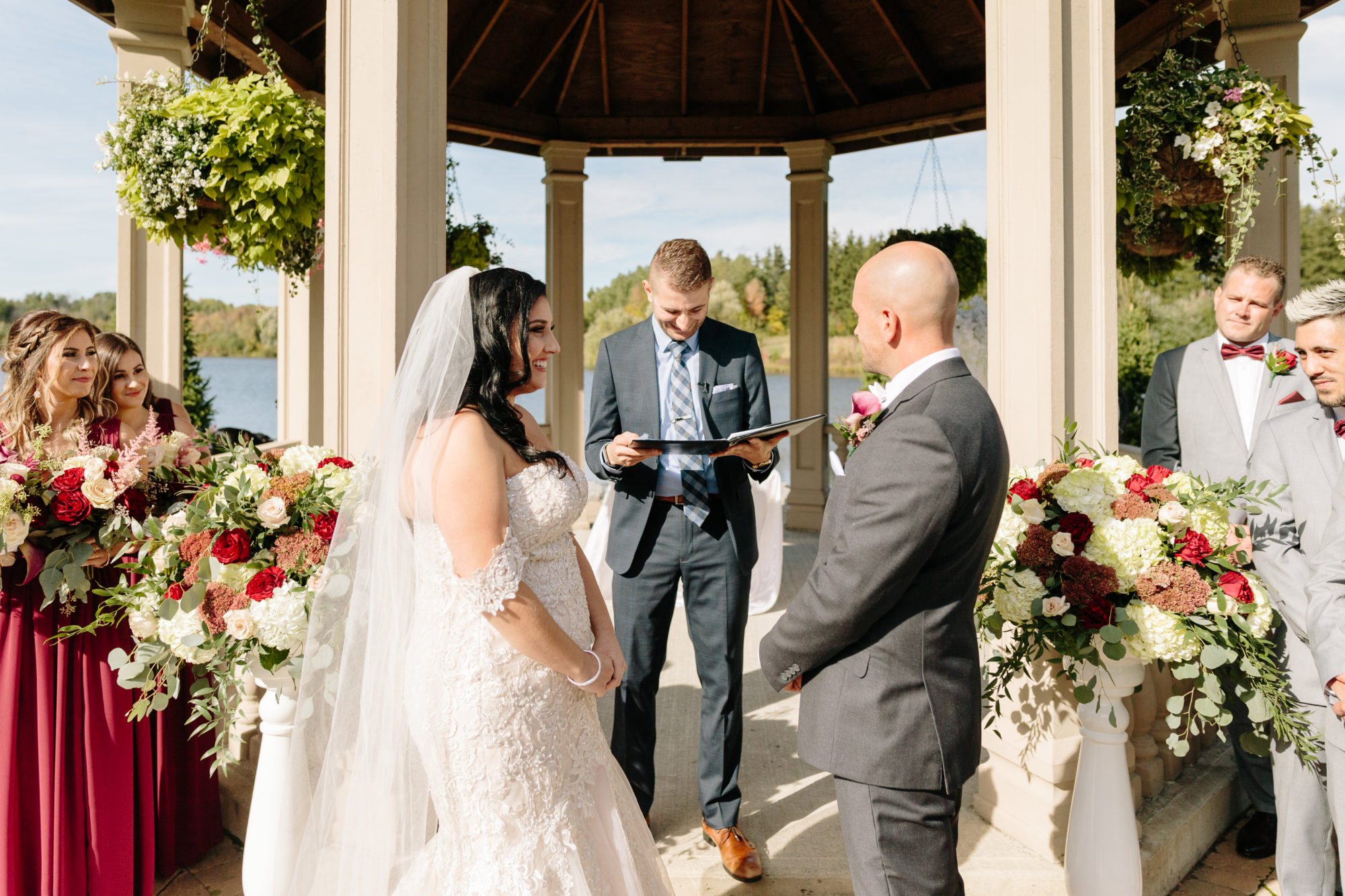 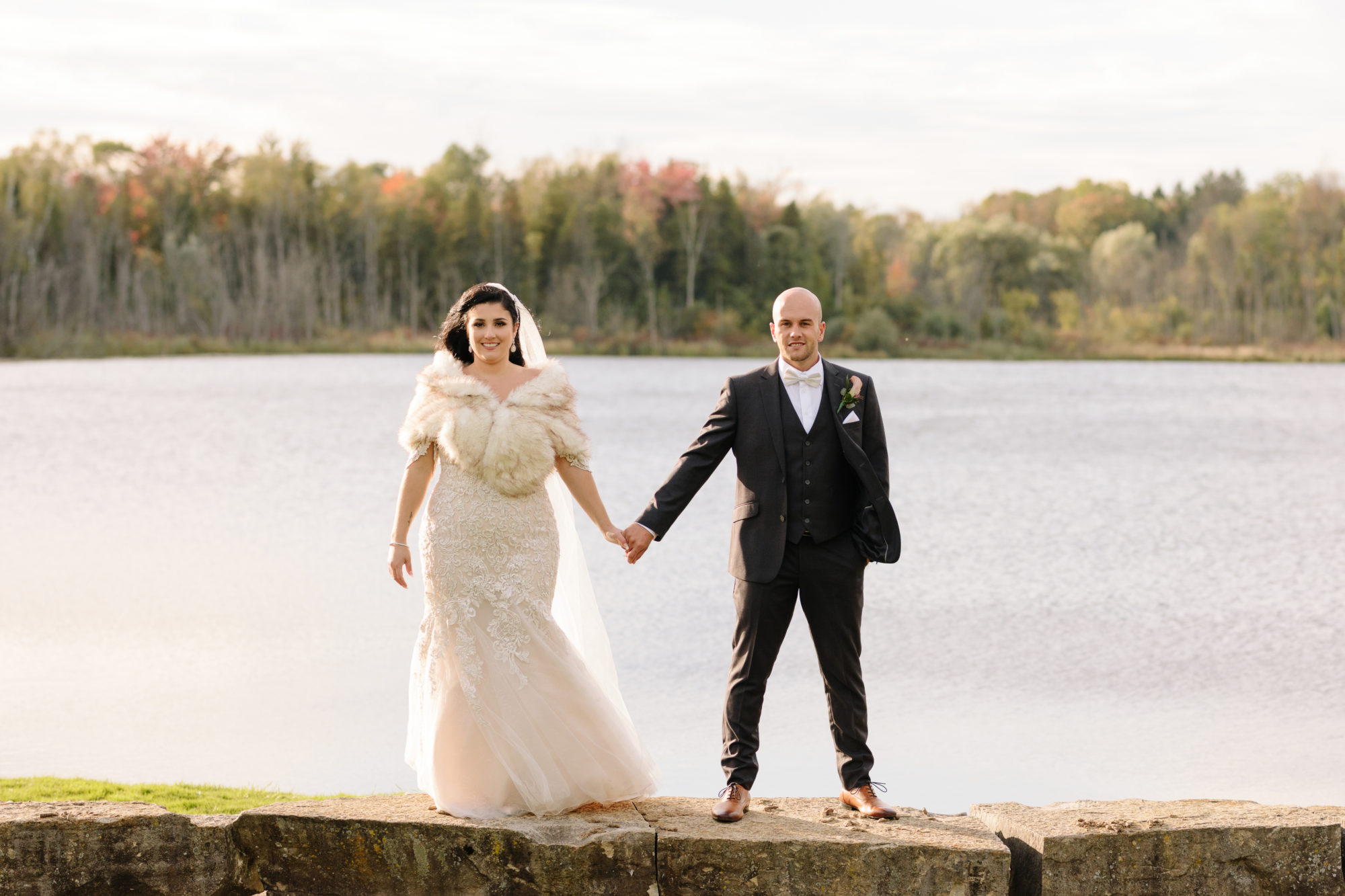 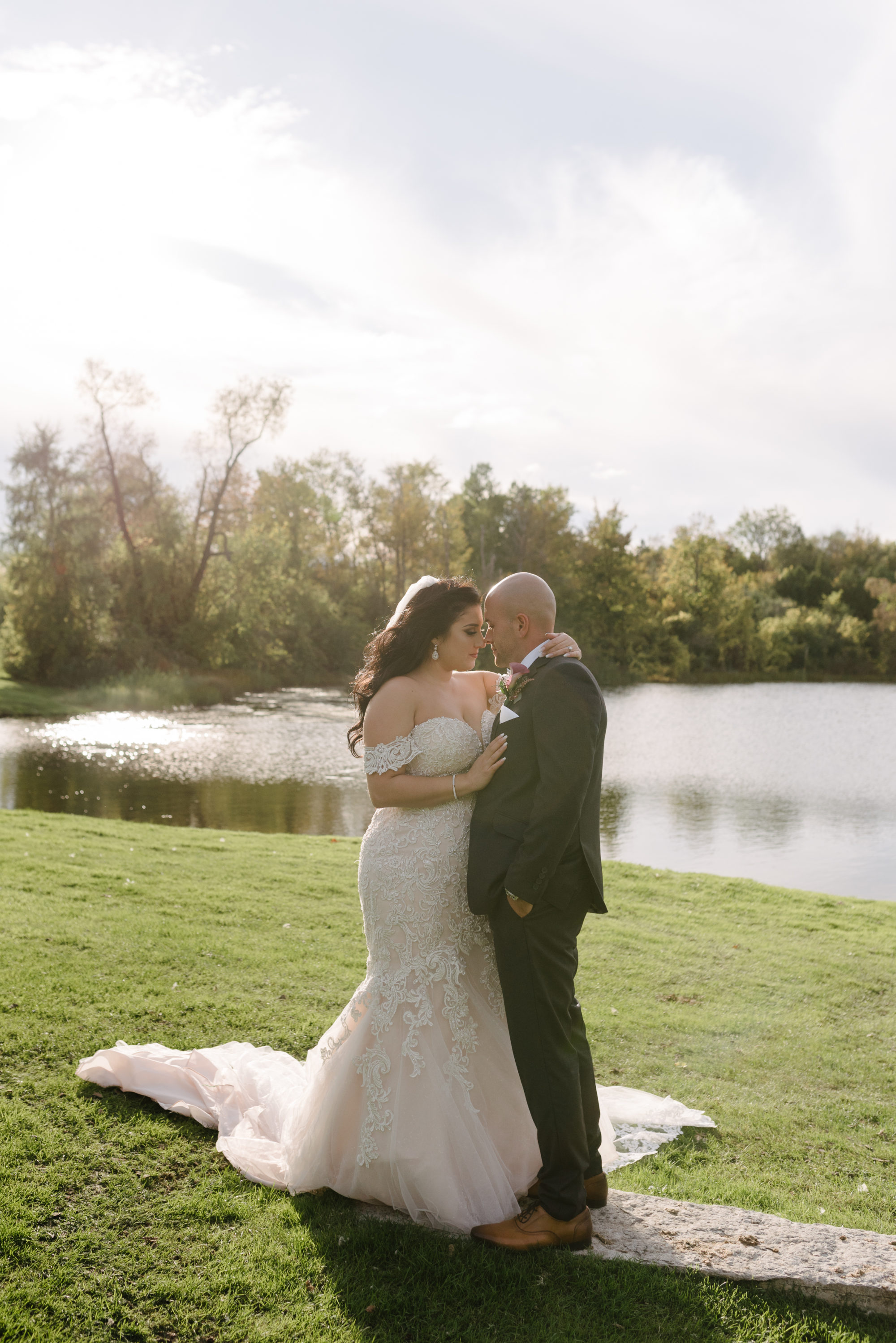 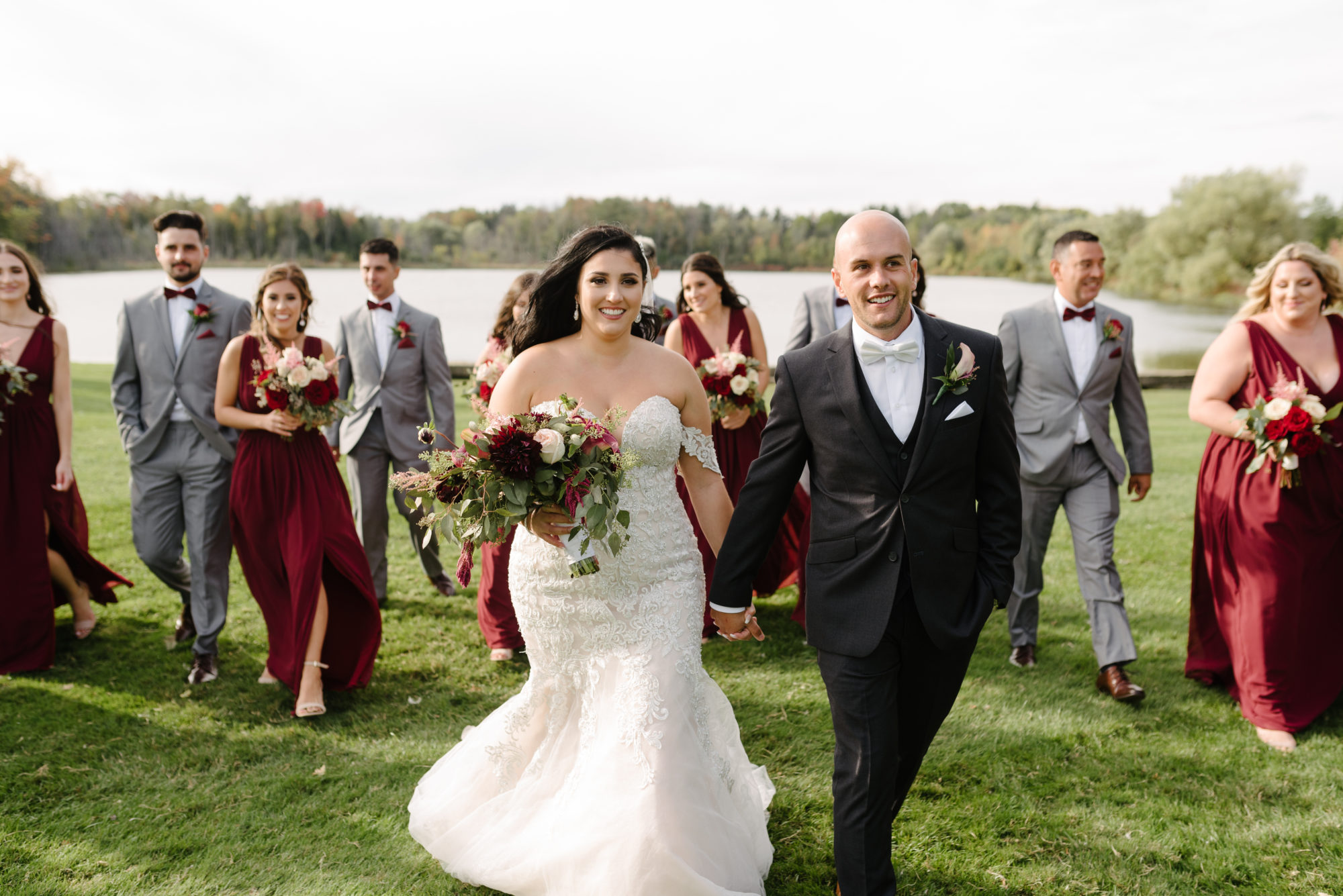 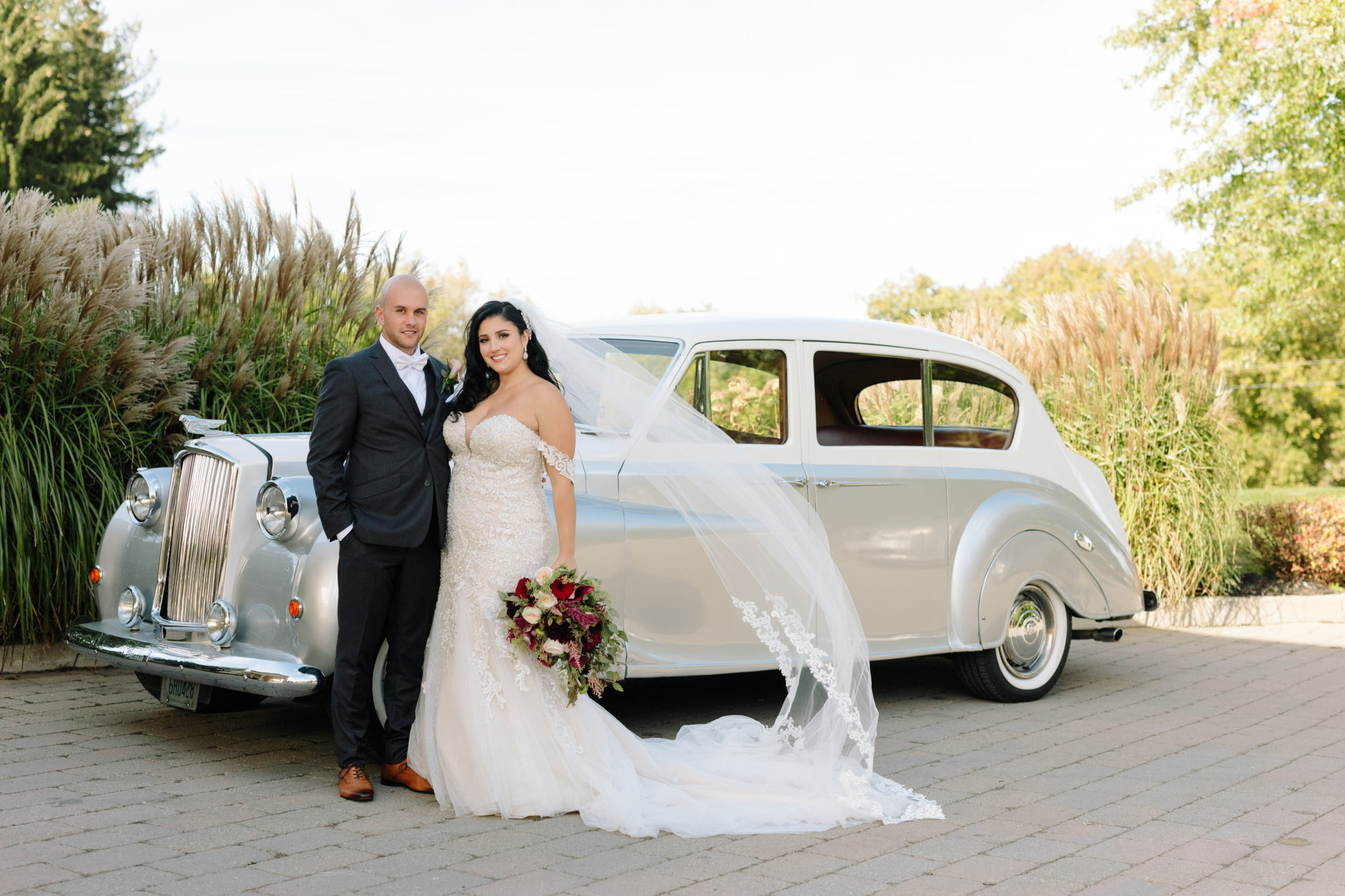 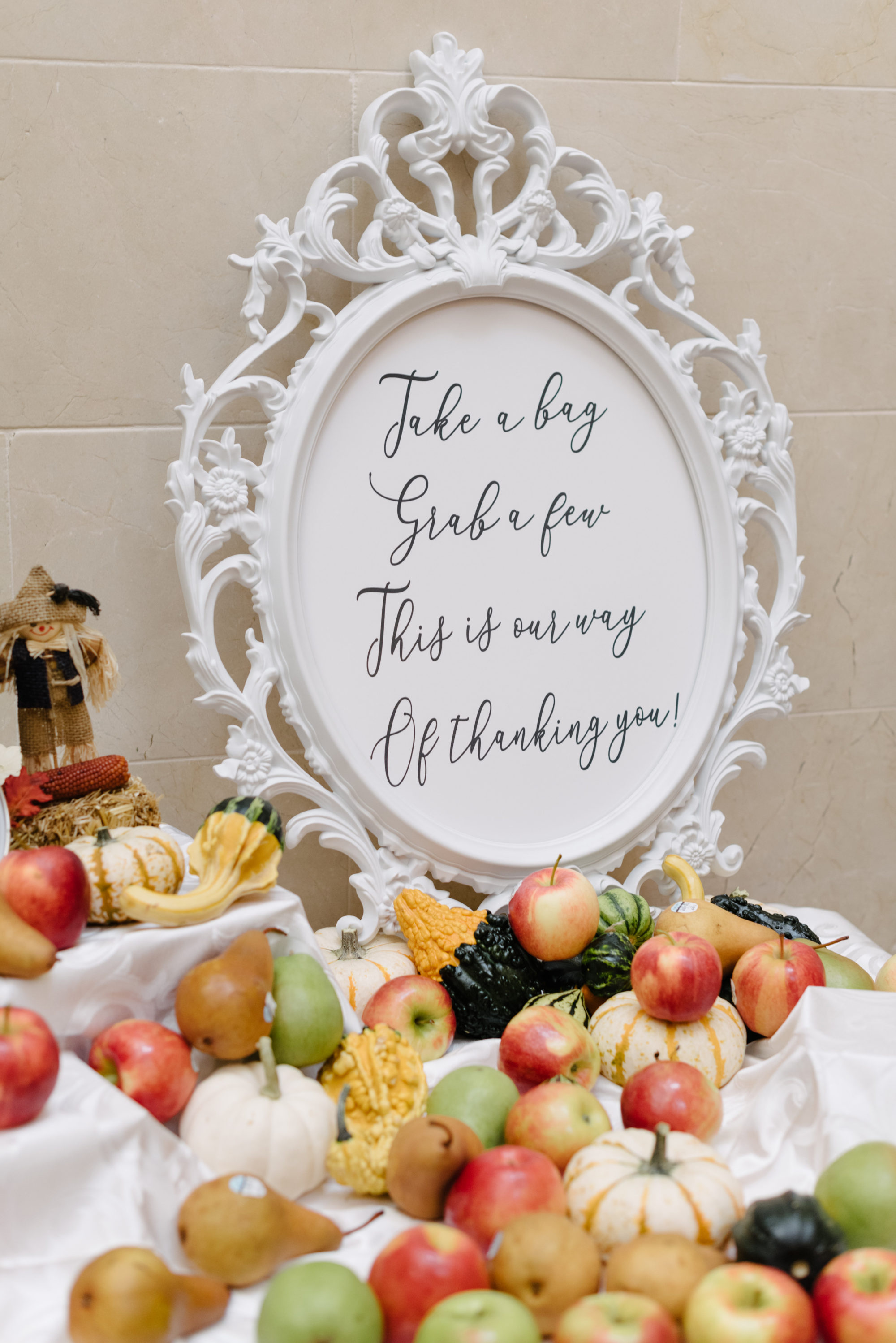