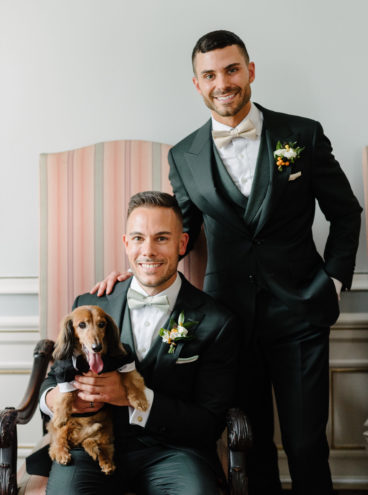 Jamie Knoepfli and Justin LoPresti met at the Barn, a now-defunct gay bar in the Village, back in 2010. Justin, who was working behind the bar, didn’t charge Jamie for his drinks, so Jamie slid his number over on a cocktail napkin. At 3 a.m. that night, he received a text from Justin inviting him out. They agreed to meet at Kokyo Sushi in the Village for lunch, where they talked for hours, and connected over their mutual love of travel. The two maintained a long-distance relationship when Jamie went back to finish his undergrad degree at the University of Guelph. Jamie fell in love, first with Justin’s dog, Diesel, and then with Justin himself. Eventually, the two moved in together.

These days, Jamie is in sales and marketing for St. Regis and Justin is a senior manager of strategy consulting at Deloitte. In summer 2018, Justin pulled off a surprise proposal over a trip to Scandinavia. They took a train from Oslo to Flam, where they had an hour-long stopover before they continued their journey to the fjords. Justin led Jamie to the Fretheim Hotel, a boutique hotel whose 360-degree glass-enclosed roof offers a view of the lush mountain landscape speckled with small glistening waterfalls. Then he proposed. After Jamie said yes, the couple had to guzzle a bottle of champagne quickly before getting their boat. They planned a wedding for the following fall, and had a shared wedding party.

The grooms and their wedding party got ready at the Four Seasons. They had a suite there and stayed over the night before: 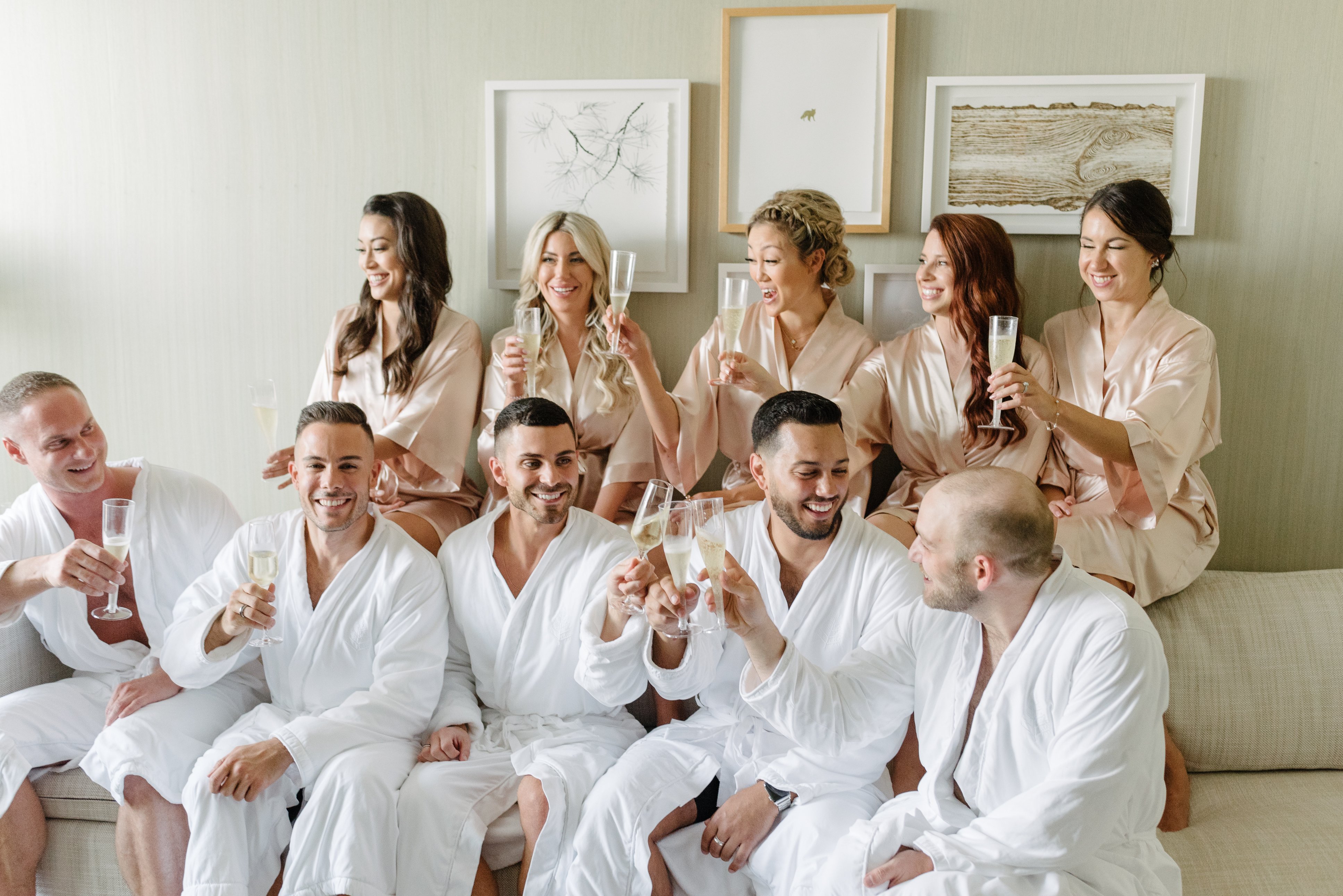 The grooms helped each other get dressed: 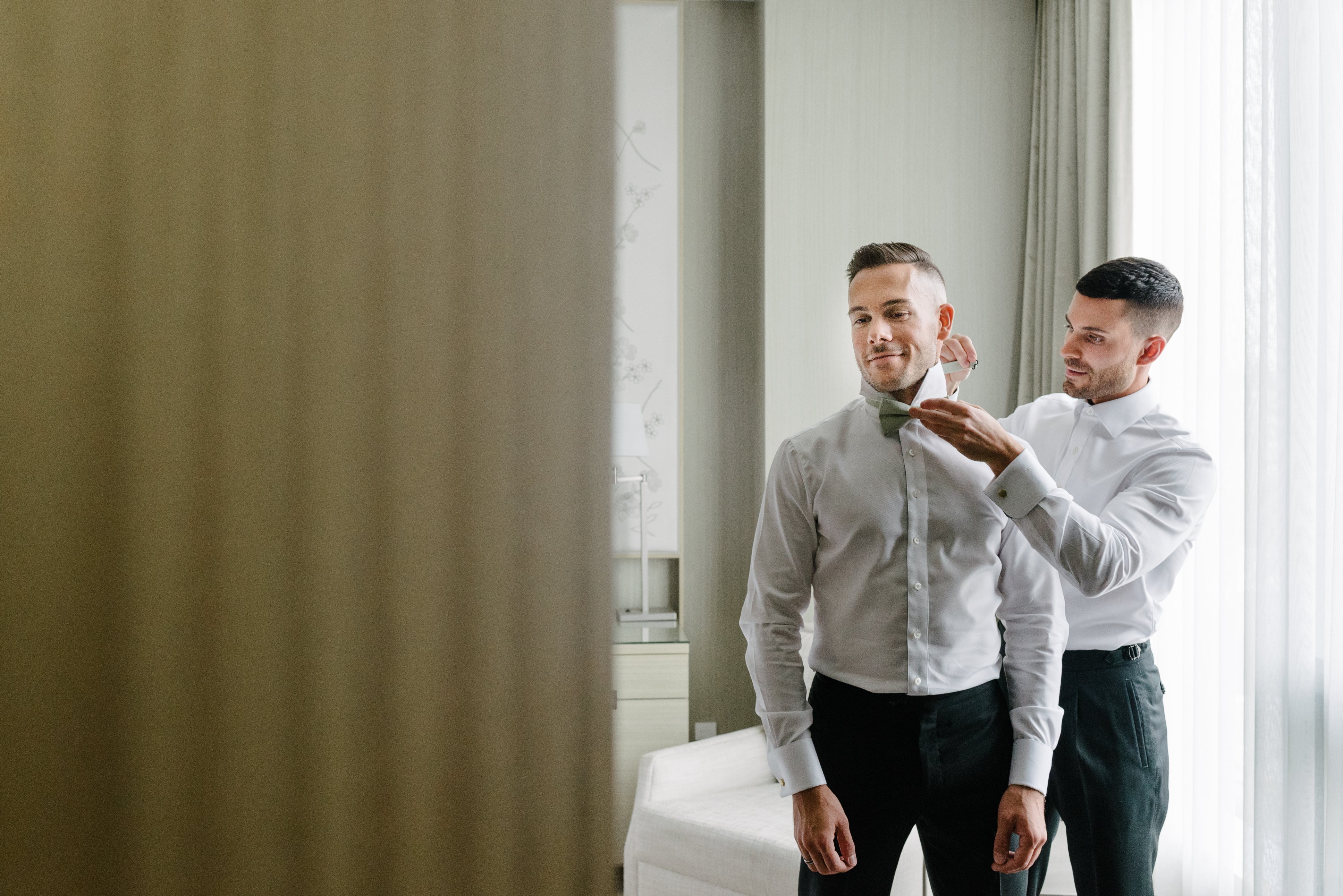 Their dog, Diesel, was their ring-bearer. They had a doggy tuxedo made for him, and designer Michael Kale helped them alter it. The pup walked down the aisle with Justin’s nieces: 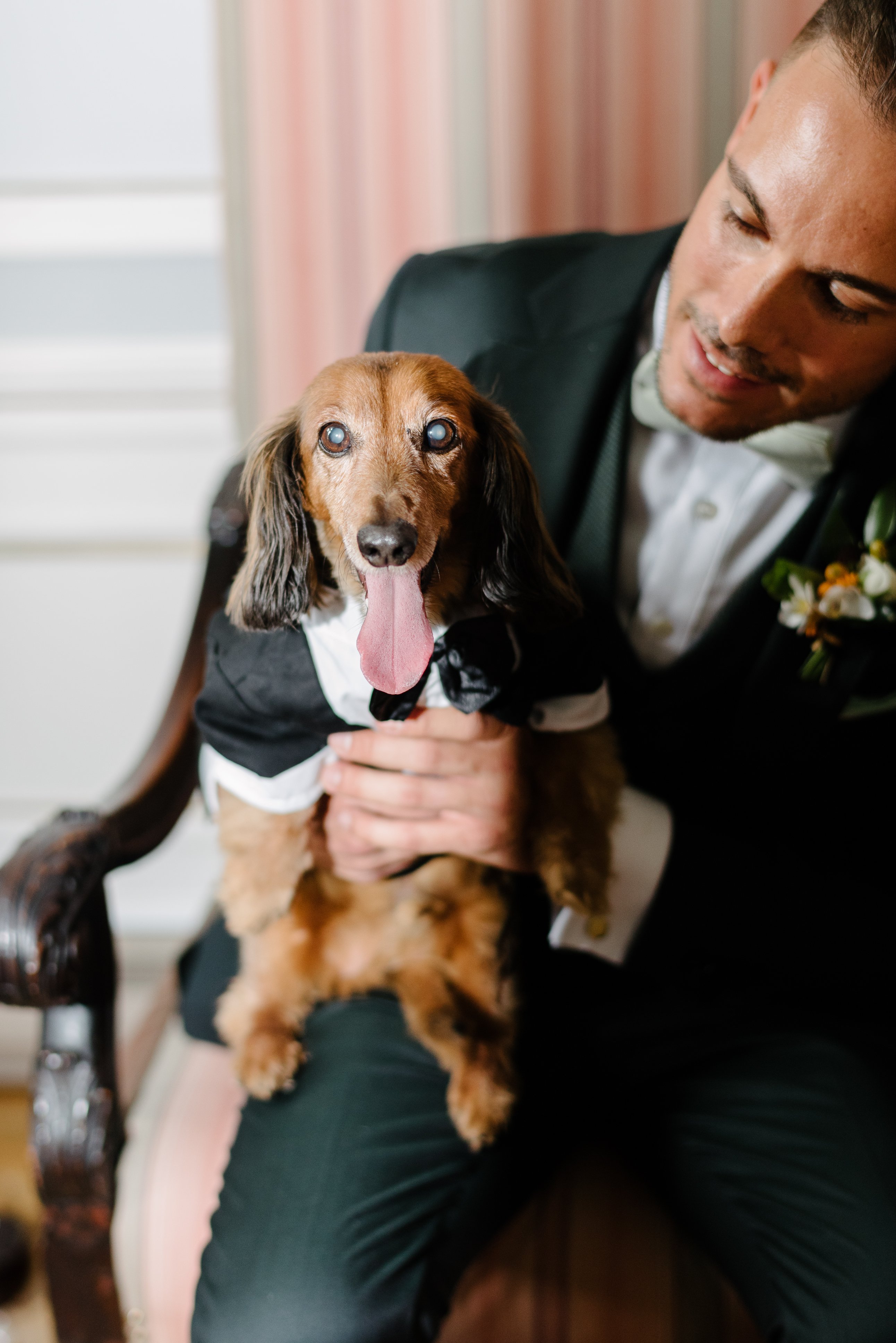 They wanted the ceremony to be light, fun and relaxed, and asked a friend to officiate: 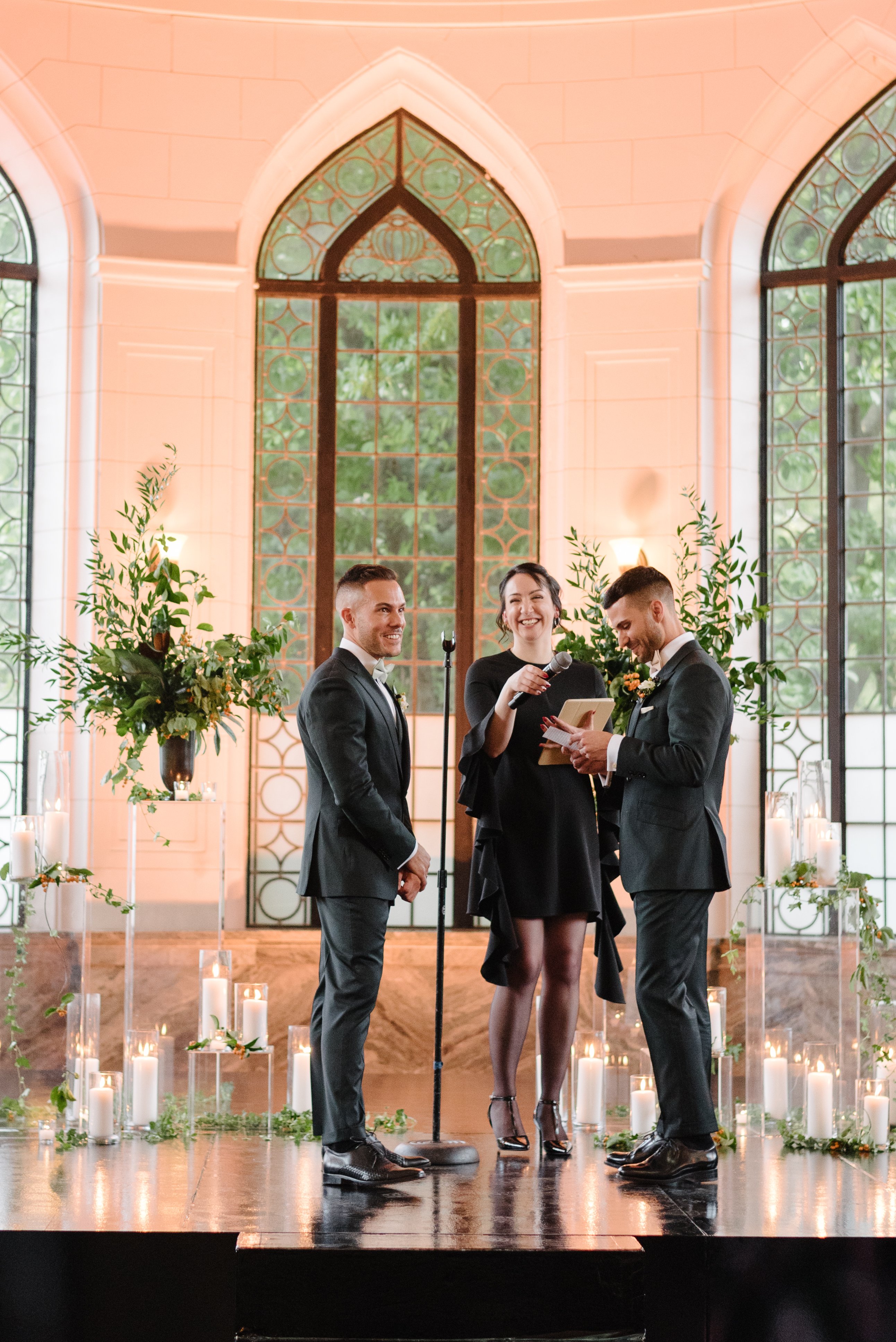 They were announced as husband and husband and walked out to Kelly Rowland’s “When Love Takes Over”: 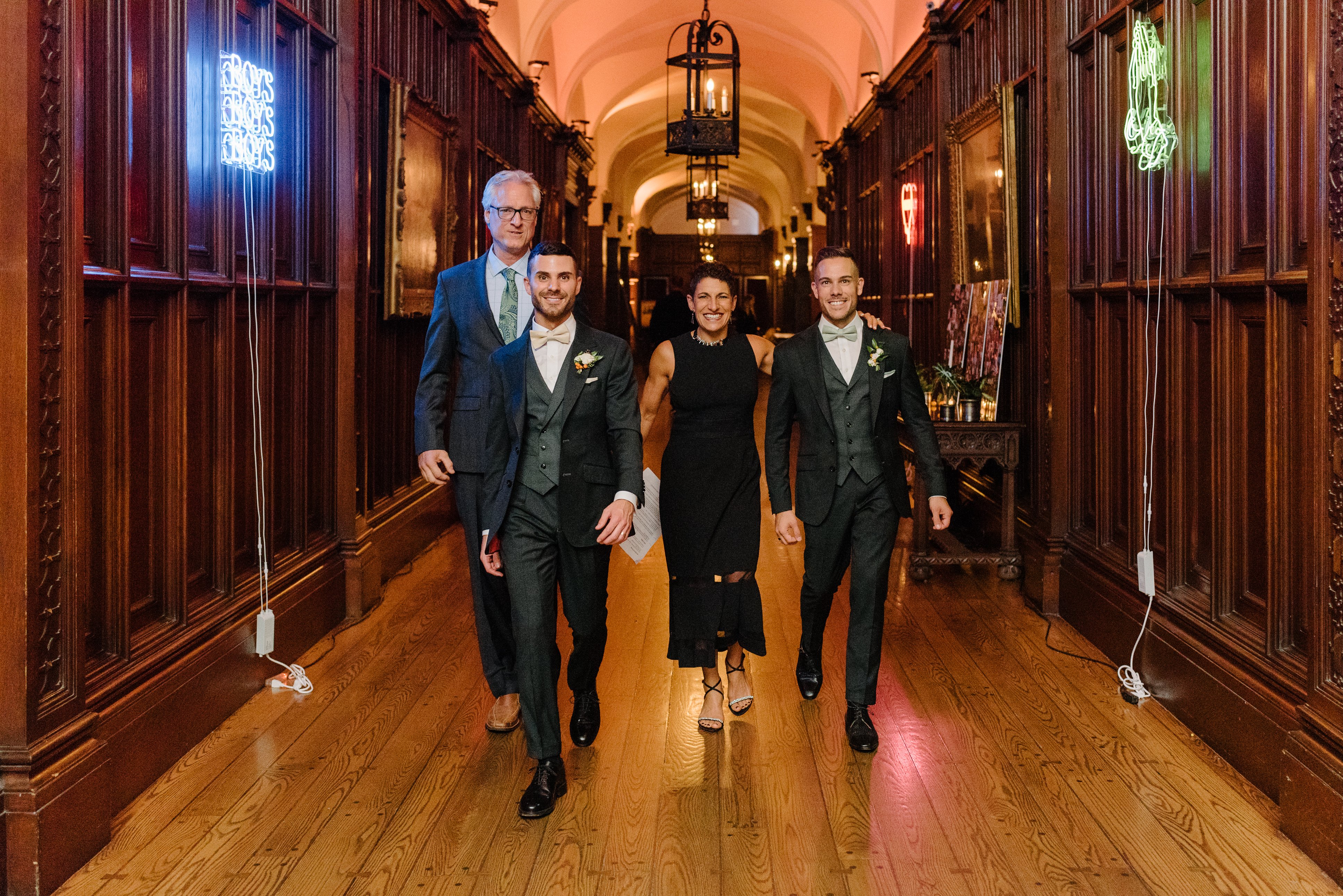 They chose Casa Loma for their venue because they thought their out of town guests would get a kick out of being in a castle: 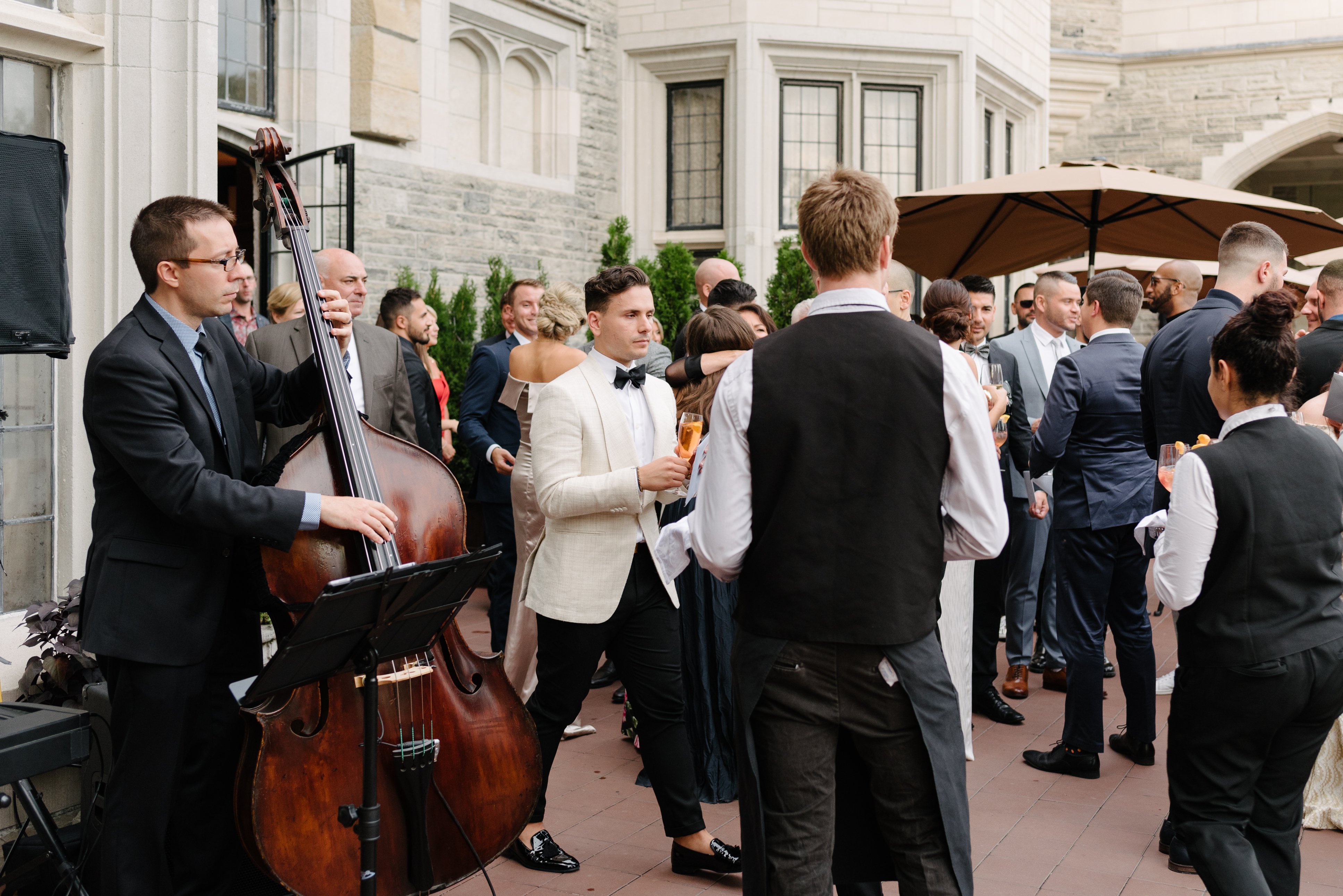 After cocktail hour, everyone was ushered for the reception in the library. They used candlelight for a cozy atmosphere, inspired by hygge and their Scandinavian trip: 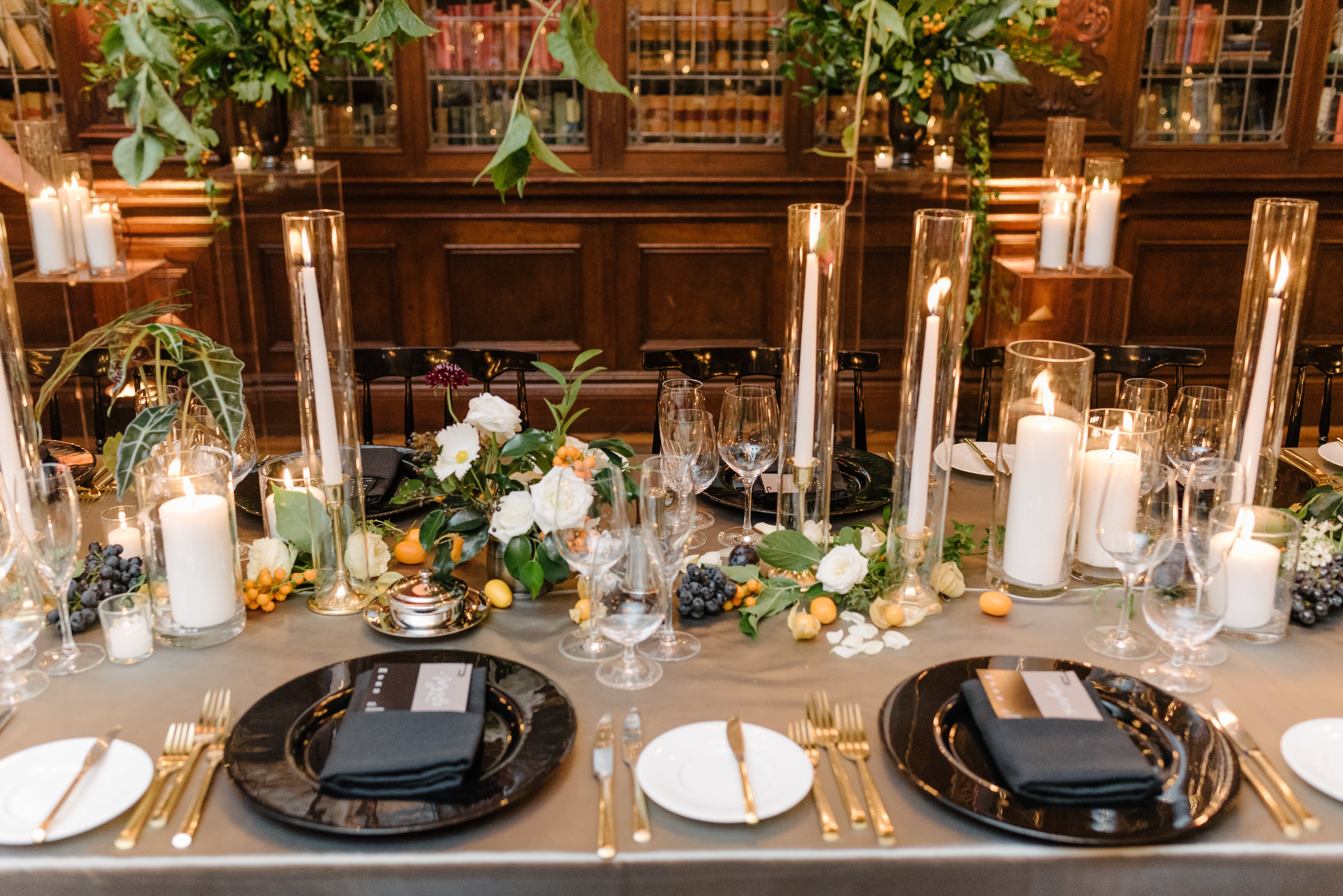 The grooms ordered a handful of neon lights to give the gothic Casa Loma a funkier vibe: 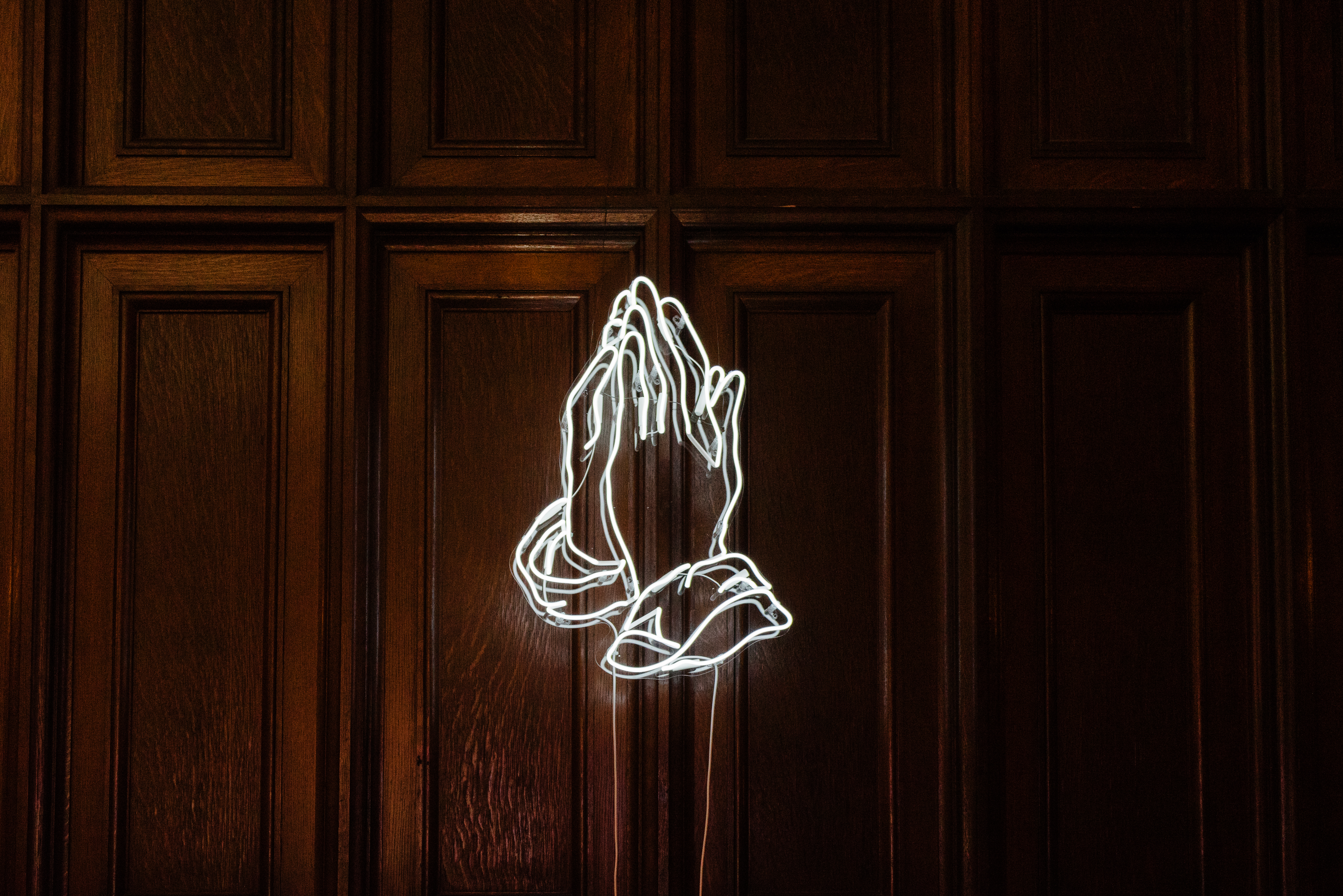 They wanted their wedding to be less traditional, so in lieu of a first dance, they both danced with their moms, who chose Calum Scott’s song “No Matter What”: 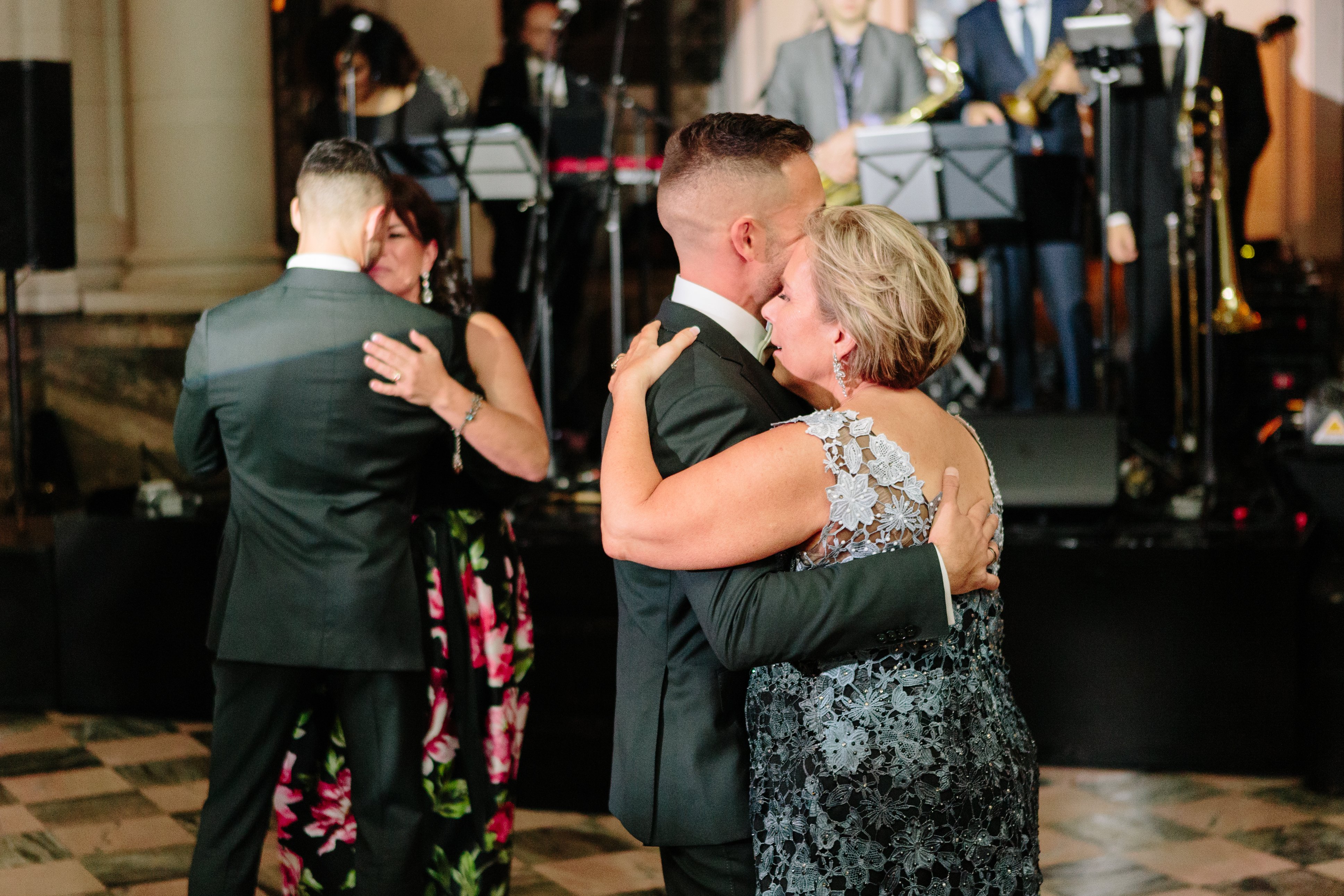 Their dads pulled their moms away, so Justin and Jamie danced with each other for the final 30 seconds of the song: 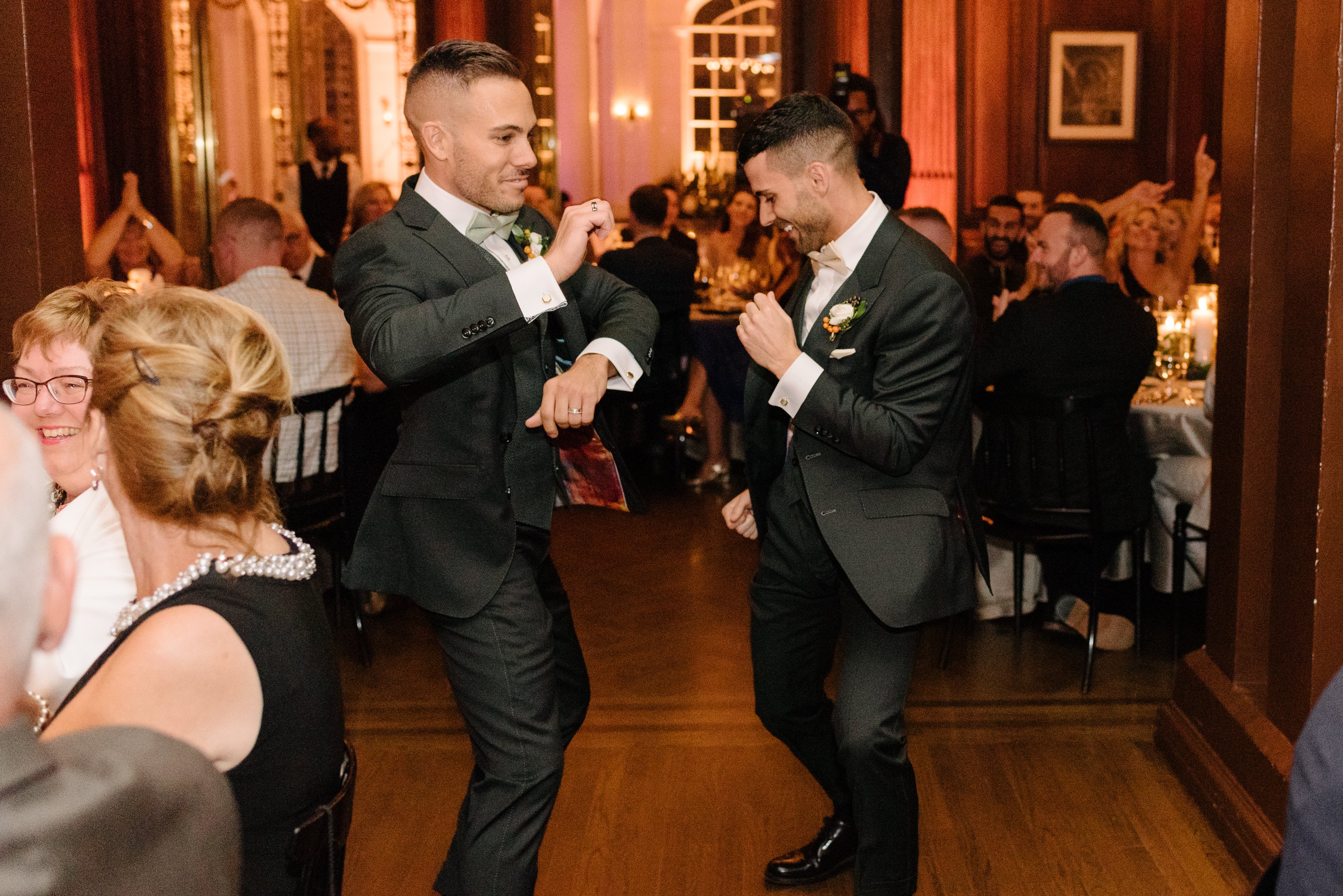 After the first dance, a flash mob broke out: 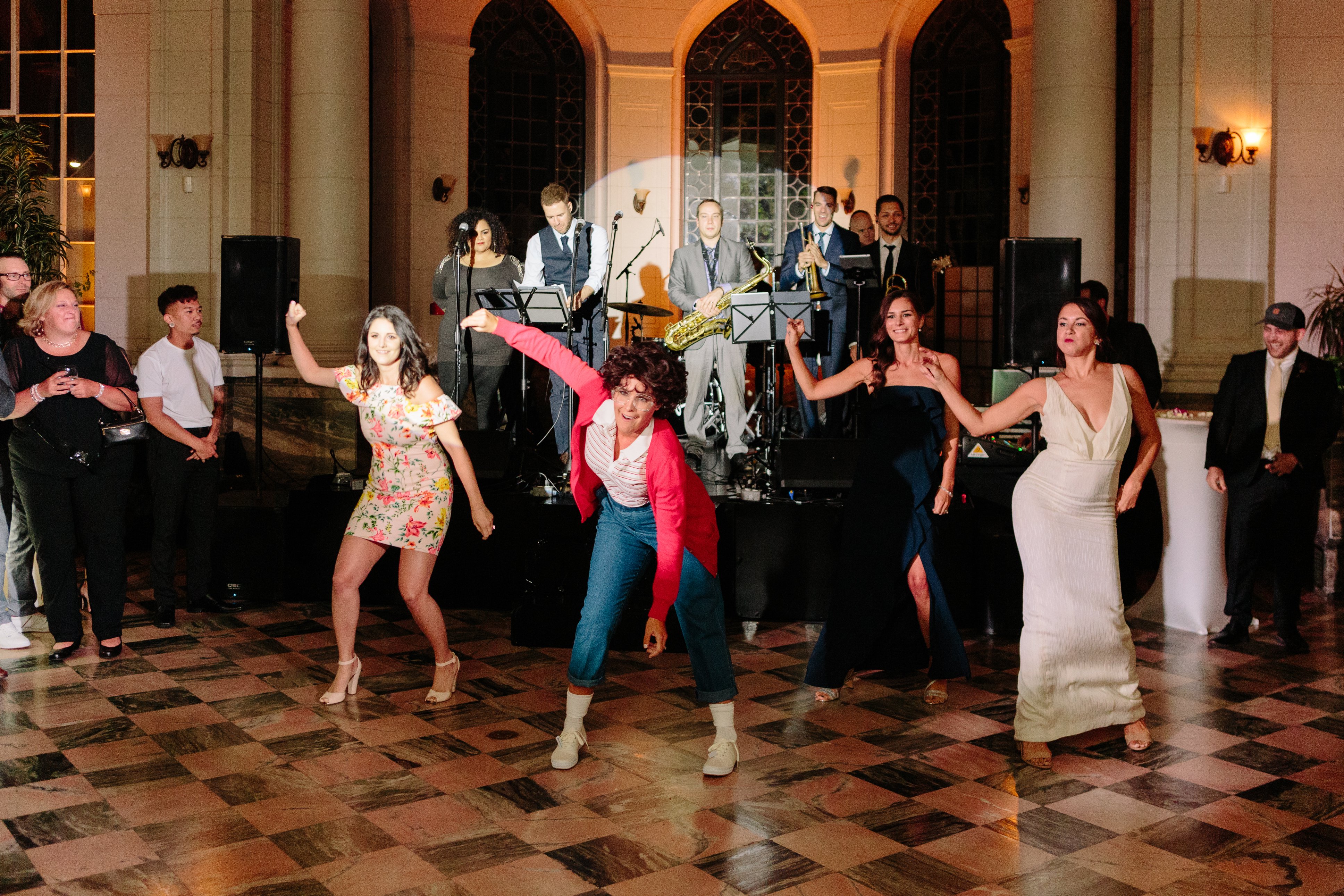 The grooms, their immediate family and the wedding party all sat at what they called the king’s table, which was 26 feet with a canopy. “It was important for us to be at the same table,” says Jamie: 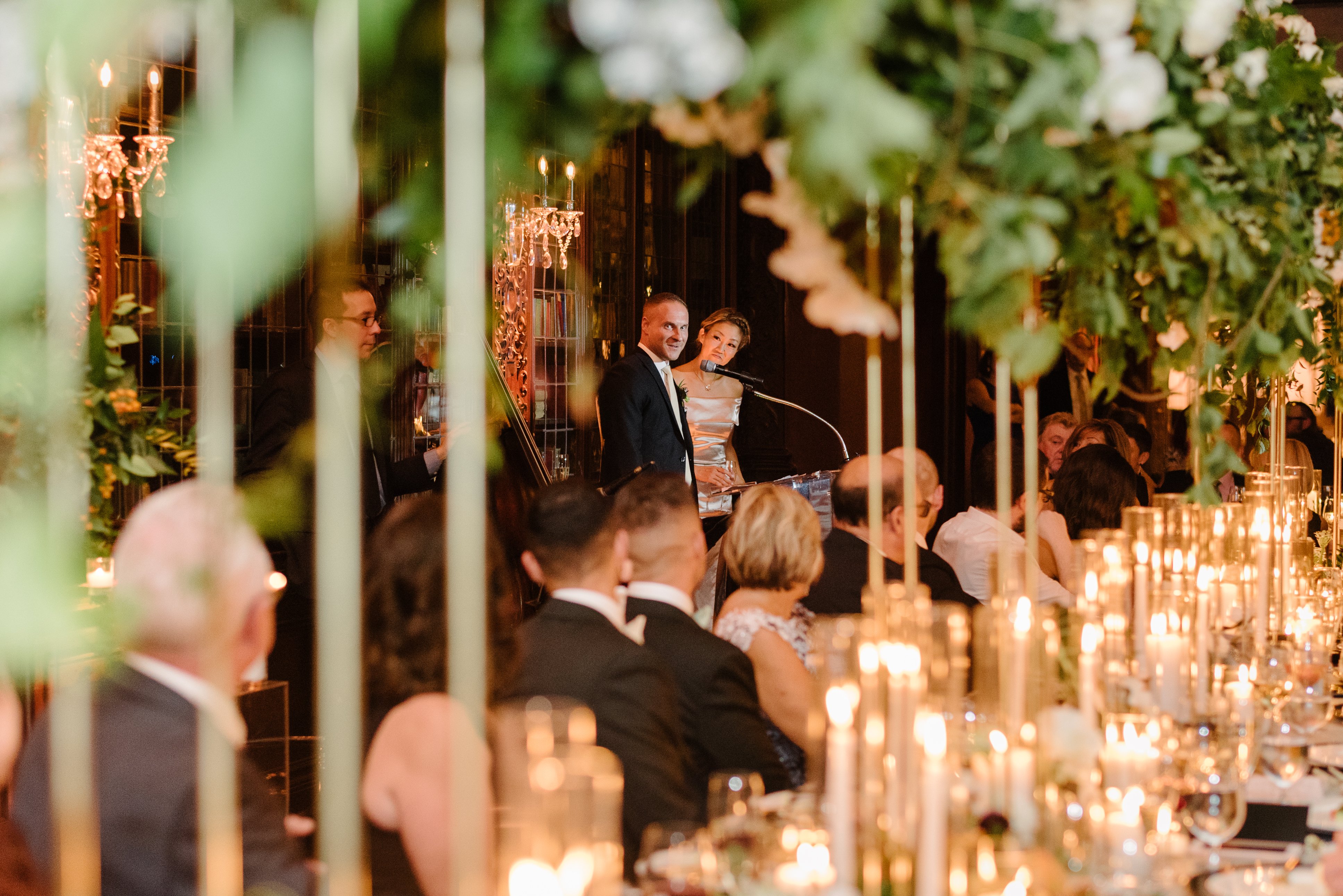 They served late-night snacks, including bombas from Sud Furno, McDonald’s cheeseburgers and a full gelato bar: 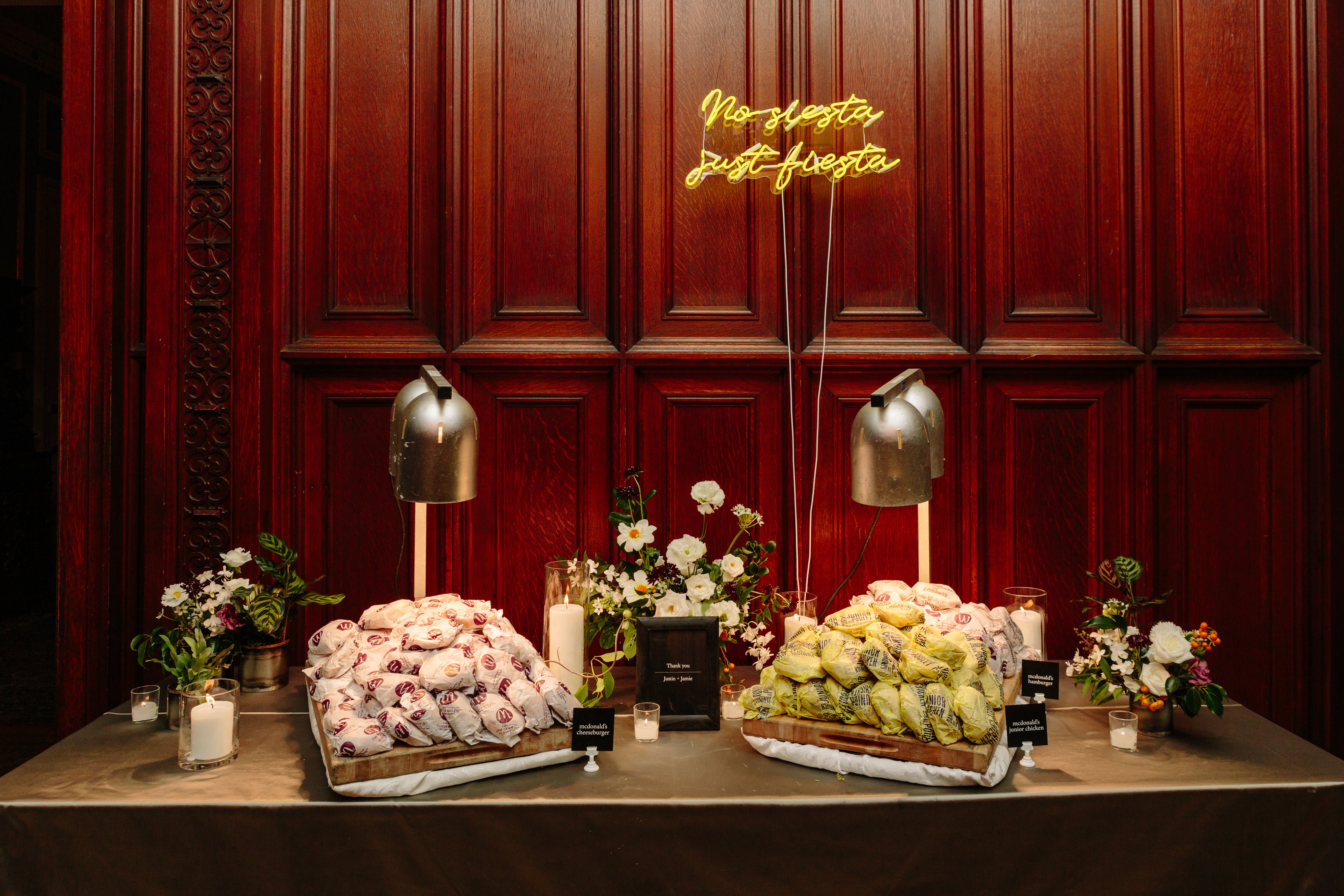 The party went on until 1 am—a Casa Loma rule—after which the grooms hosted an afterparty for a few close friends: 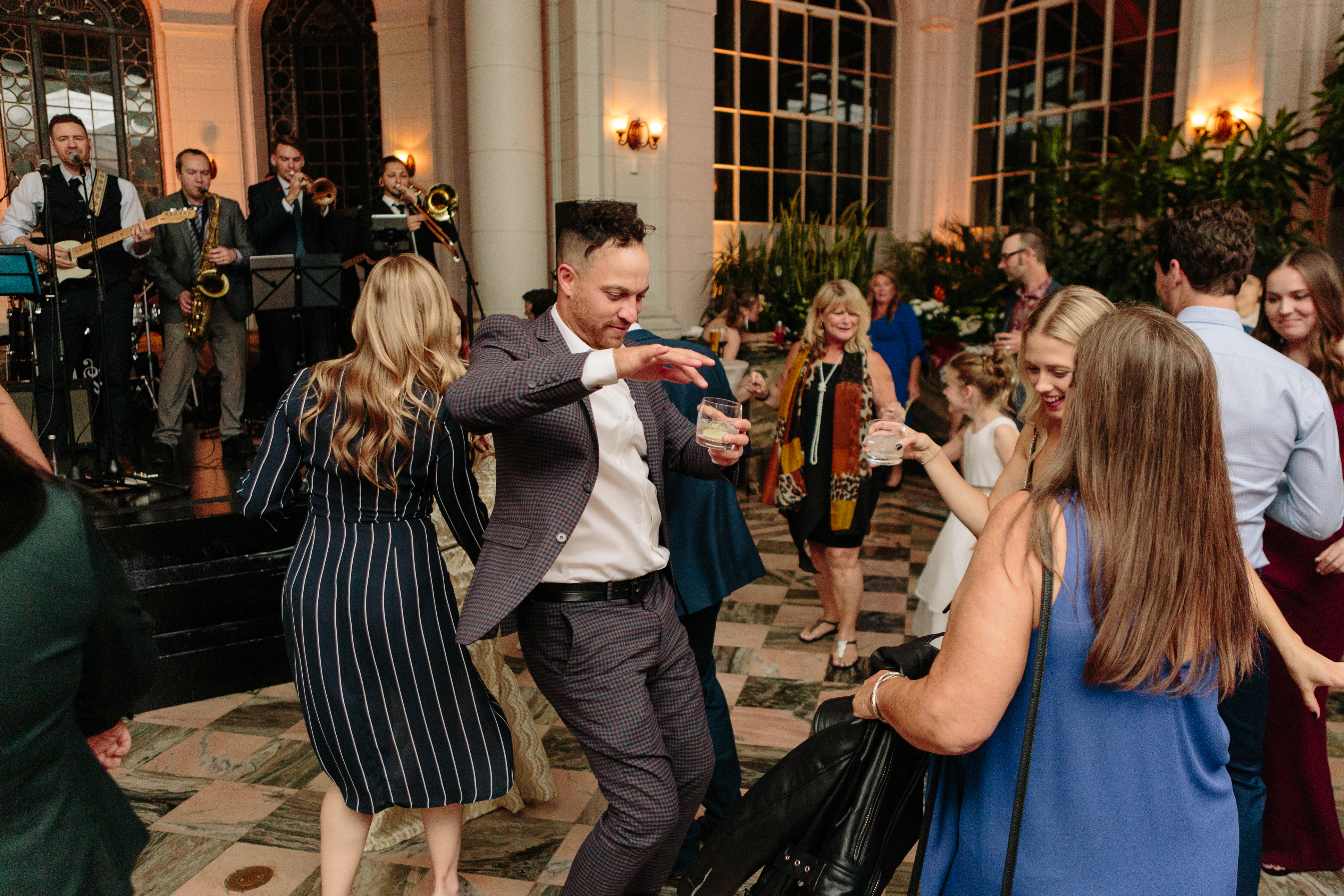 Want to show off your Real Wedding? We want to talk to you.