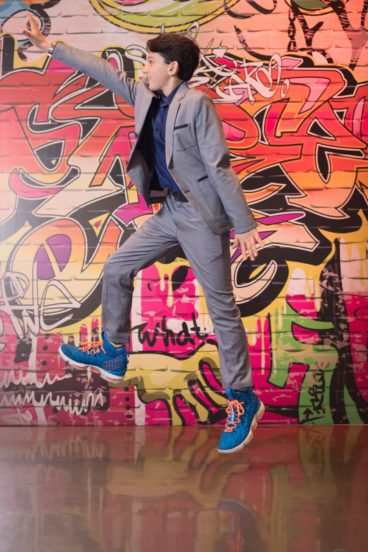 Inside a retro basketball-themed celebration

Jake Garay’s mother, Elisa, wanted her third (and final) son’s Bar Mitzvah to be memorable. As a professional event planner and the co-founder of Ideation Events, she knows how to put together a creative, over-the-top party. Jake just wanted to have a fun night and hang out with his friends, so he left everything to his mom. “My concept began with the idea of back-alley basketball,” says Elisa. “I wanted it to be chic, cool and dark with lots of LED lights.” Jake is a massive basketball fan: his favourite team is the Golden State Warriors, so Elisa used a gold-and-blue colour scheme.

She booked the venue, the York Mills Gallery, a year in advance and spent the entire 12 months leading up to the party coordinating the details. On the big day in April (which happened to coincide with that freak ice storm), Jake celebrated his rite of passage with a raucous night featuring entertainment by the Magen Boys, a custom Supreme pop-up shop, a DJ booth made of ice, break dancers and a Fresh Prince of Bel-Air–inspired graffiti wall. For Elisa, the highlight was seeing her son’s ear-to-ear grin. “The key to any great party is always the feeling, love and energy in the room,” she says.

Elisa is a big fan of the York Mills Gallery. She loved that the main room was big enough to flip between the ceremony and dinner. They kicked off the evening with a tribute video to Jake, incorporating family movies and old baby photos. “We did videos for all of our kids. It’s a really fun family activity,” says Elisa. 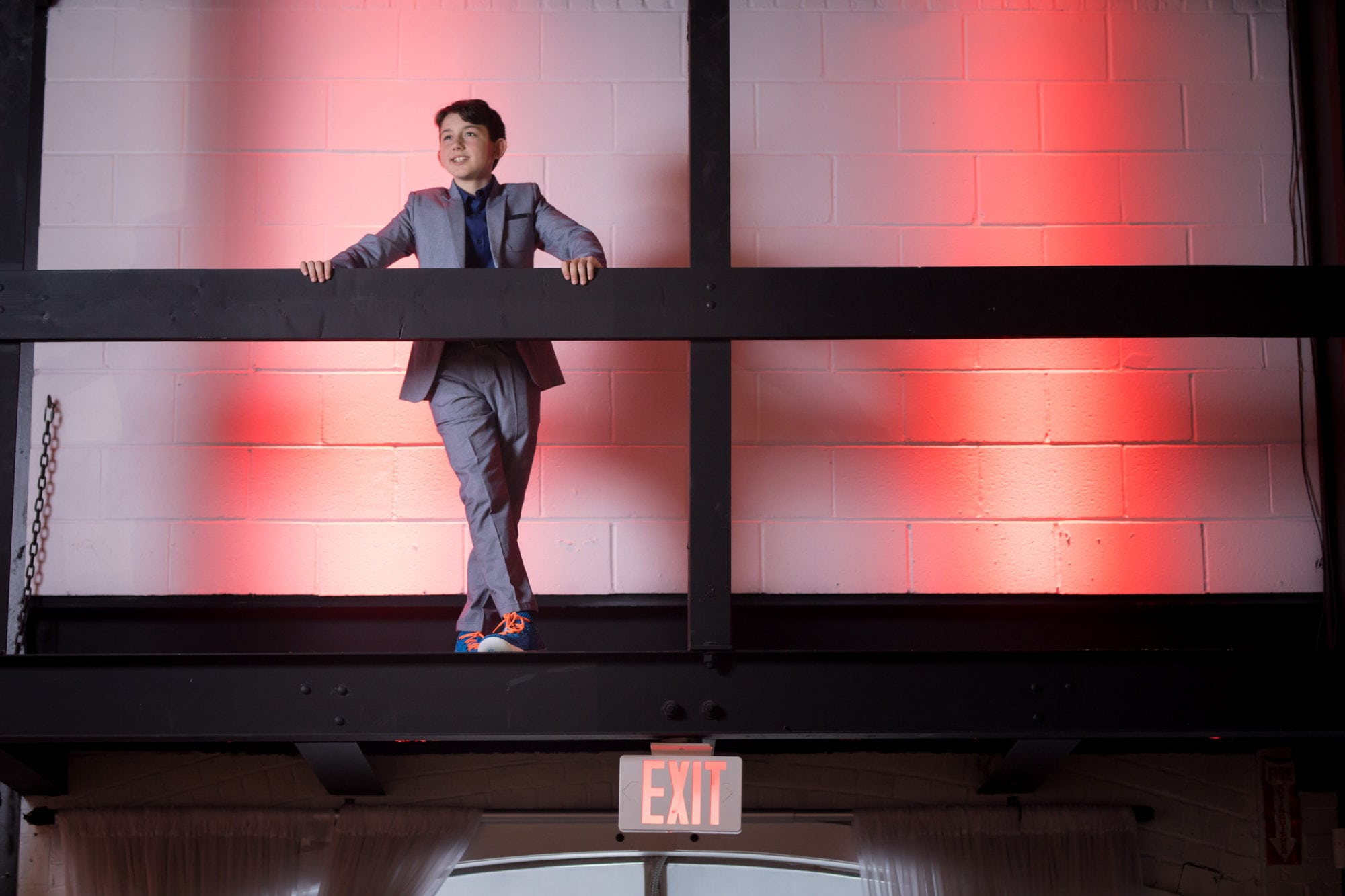 Although Elisa wanted to throw a fun party, she didn’t want to lose sight of the significance of the event. His older brothers were also involved in the ceremony: 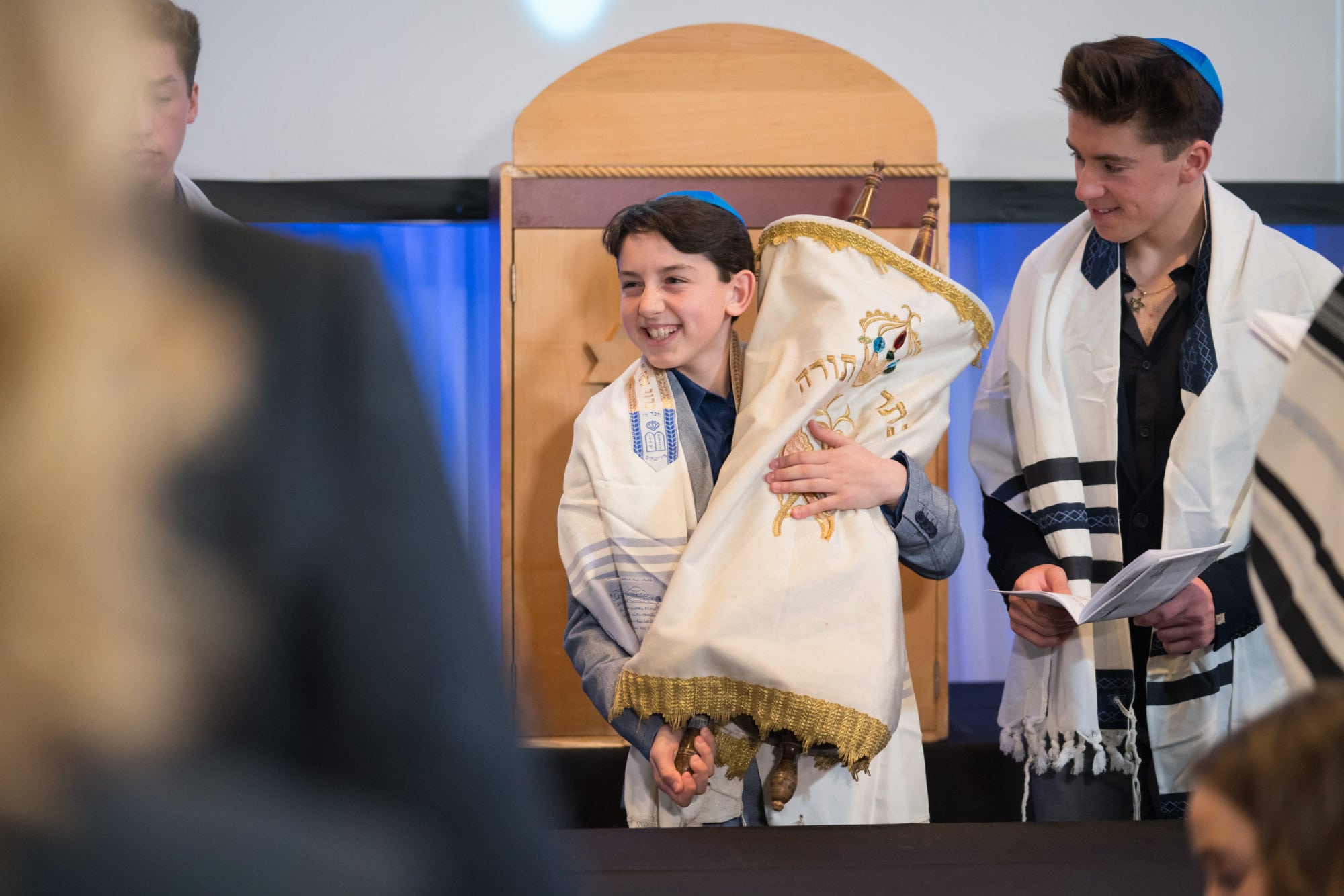 While everyone was throwing candy at Jake (a traditional way to end the service), he surprised the crowd and picked up a backboard to use as a shield: 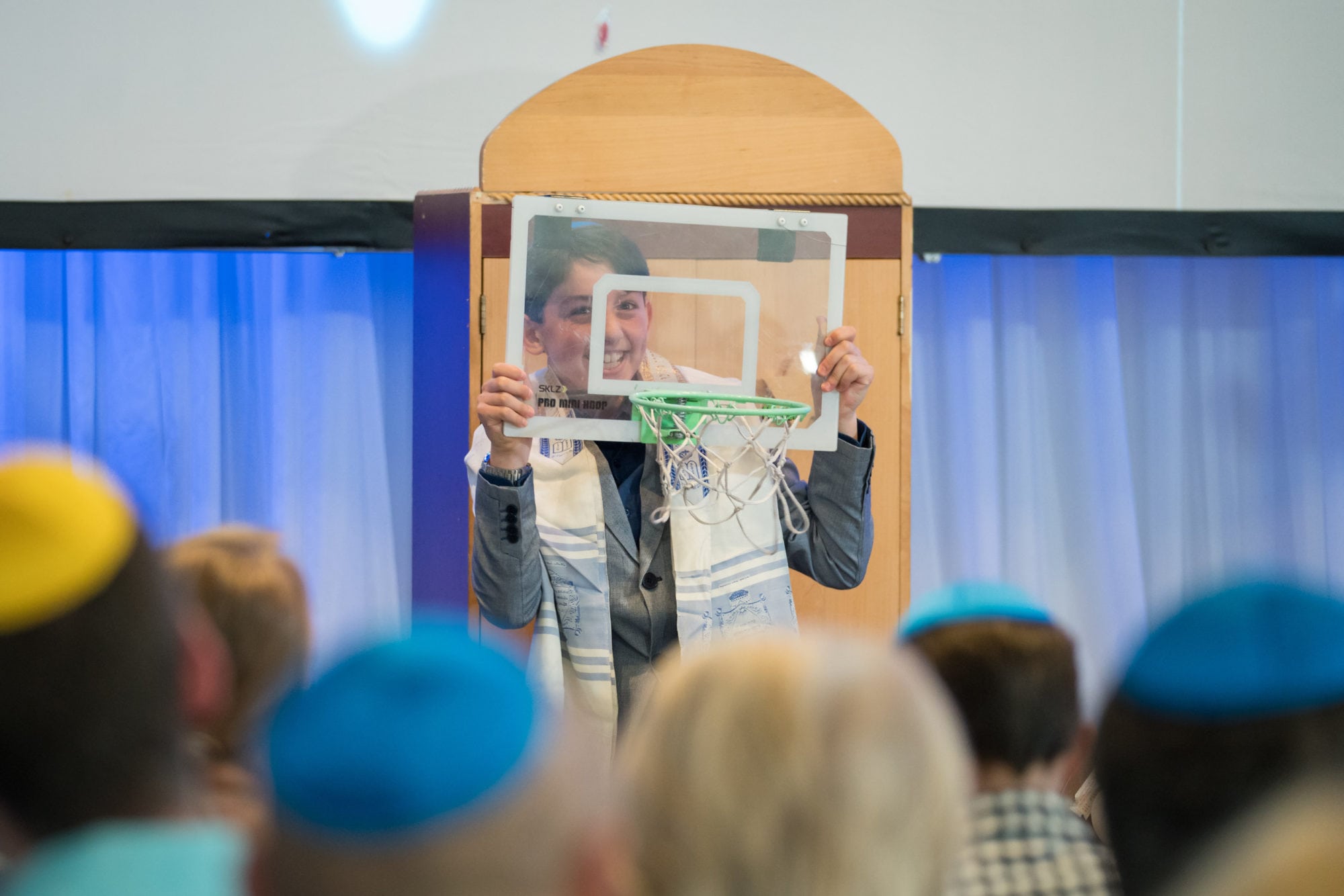 Elisa had the graffiti wall custom-printed with the same pattern that appeared in Fresh Prince: 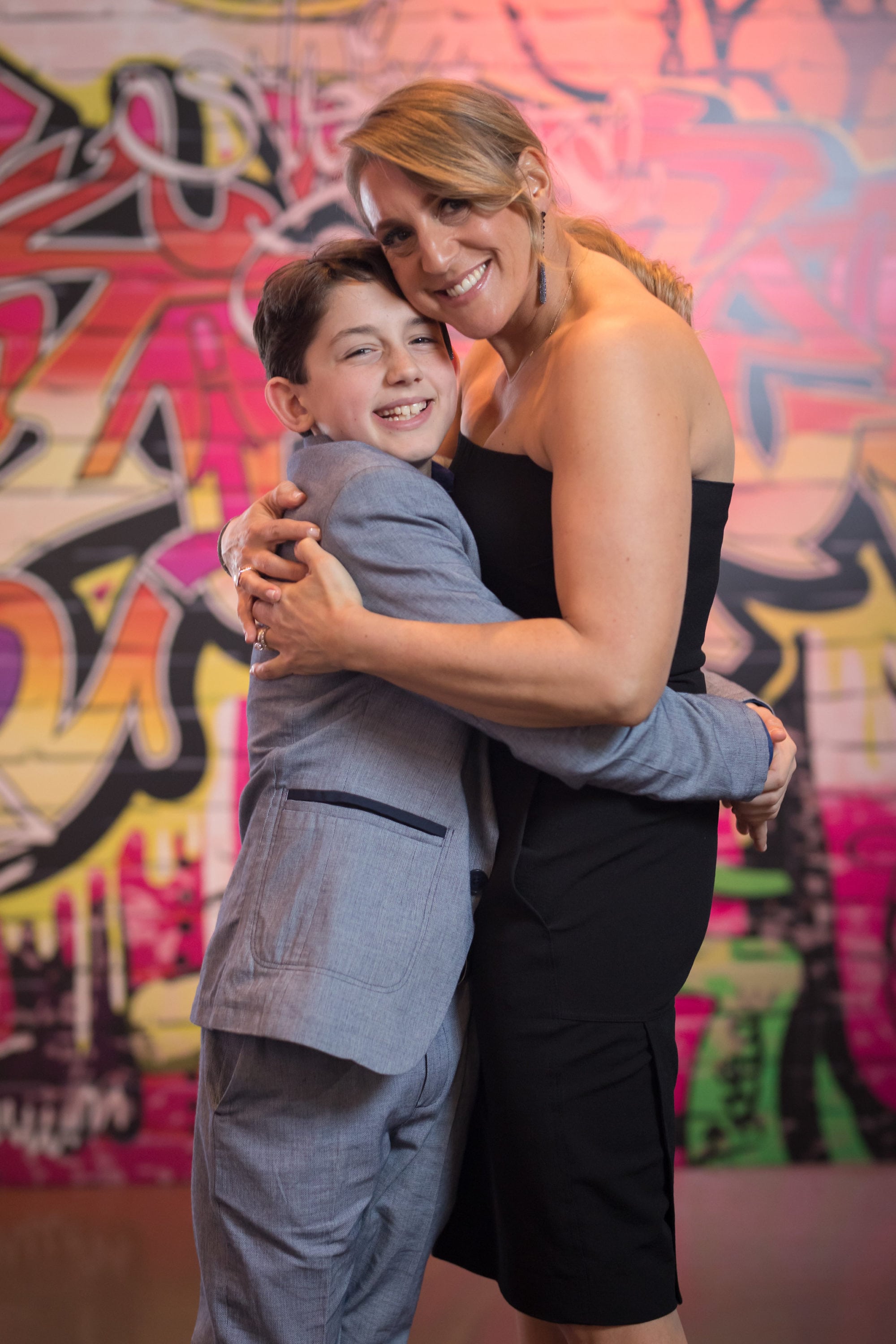 The adult guests headed into a separate room for cocktails, and everyone was served a small cup of matzo ball soup. There were plenty of other noshables, too: beef sliders, short-rib tacos, cornflake-crusted chicken and waffles and grilled cheese. A saxophone player took the stage for cocktail hour and, later, break dancers dressed in ’90s swag took to the dance floor: 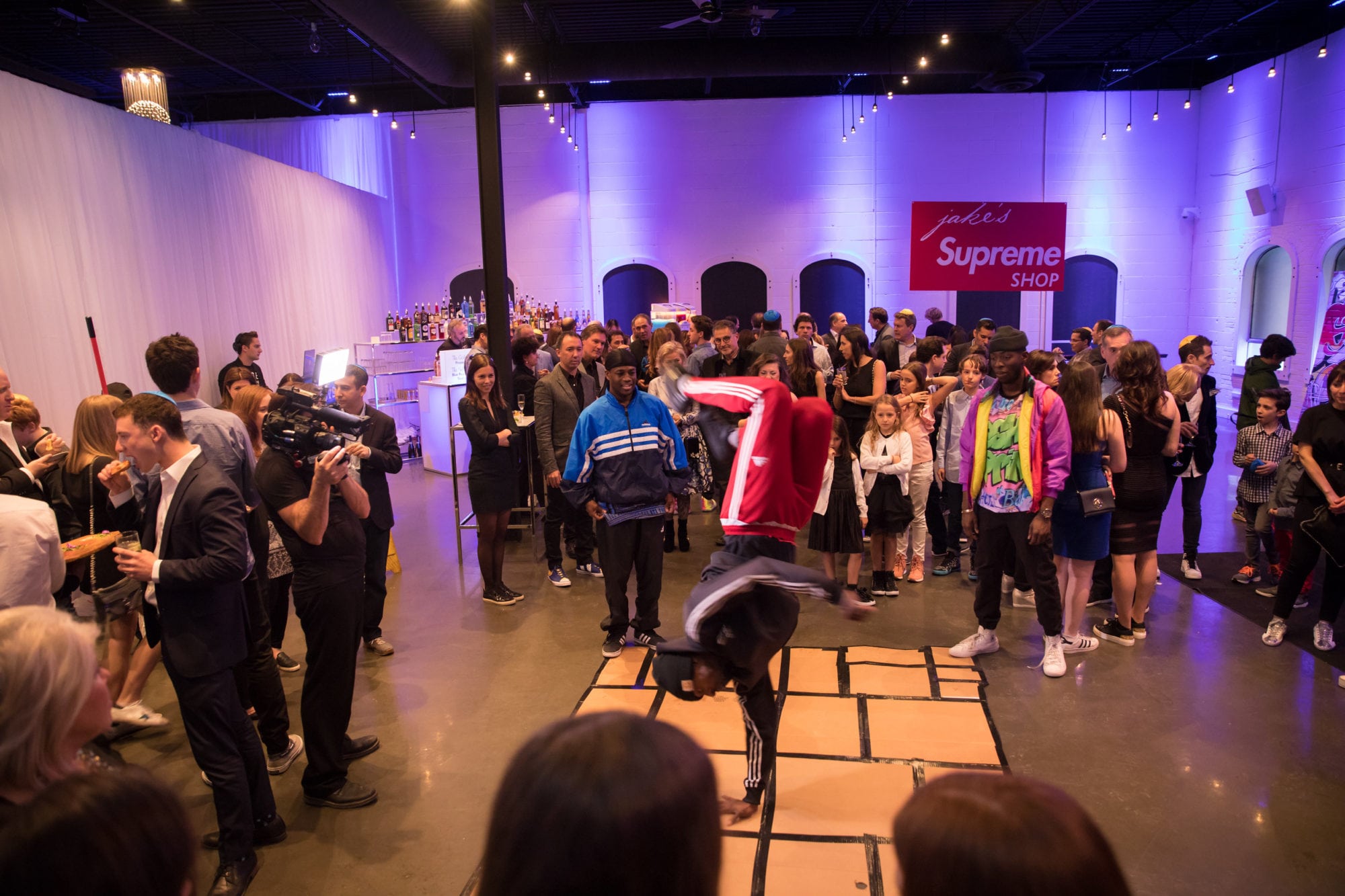 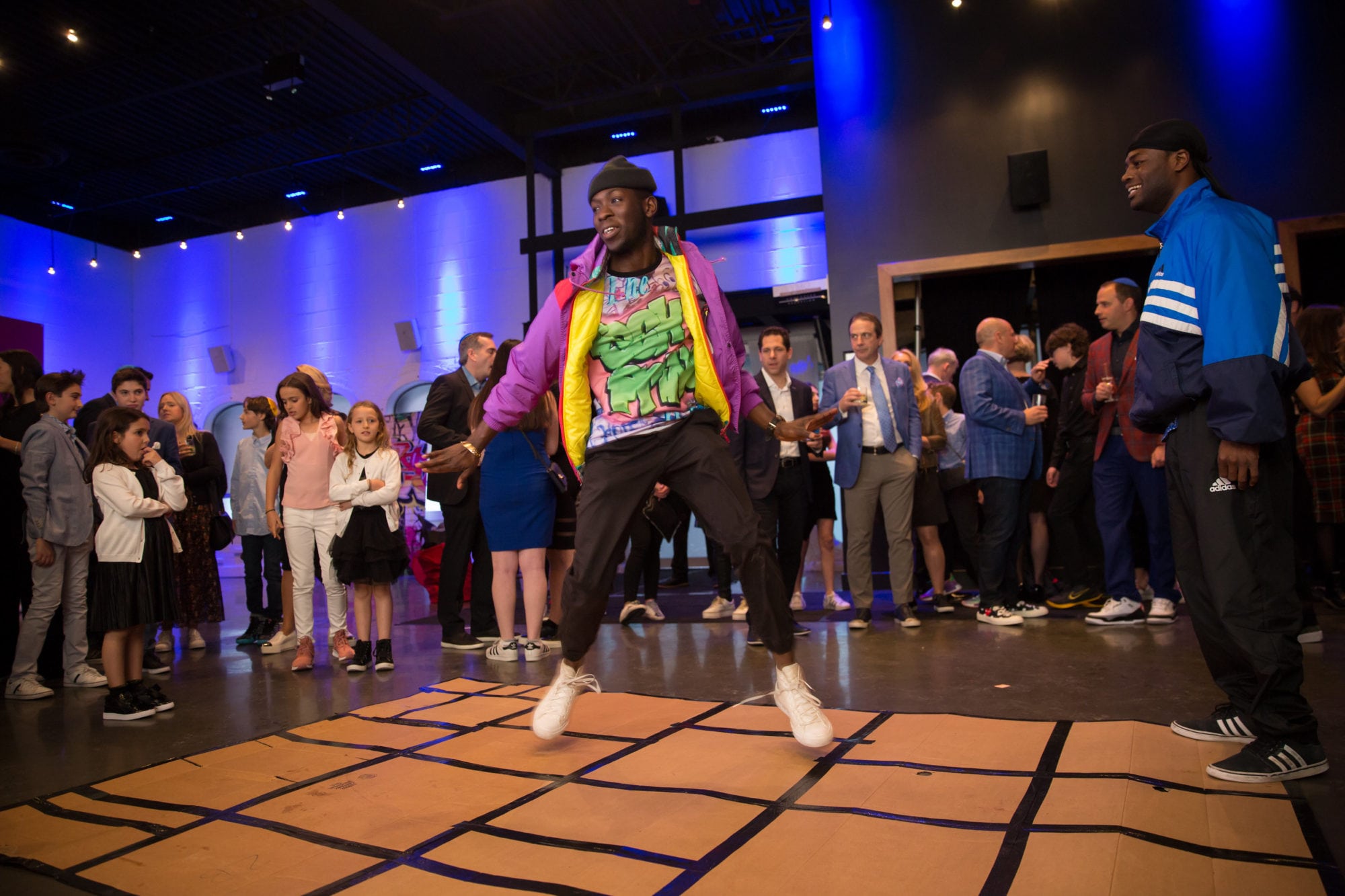 The dining area was illuminated by LED basketball lights. Before Jake made his entrance, the family played a Will Smith–inspired music video for the guests. They changed the lyrics from the Fresh Prince anthem to tell the story of Jake’s life and how he made his own name in the shadow of his older brothers. “The humour was typical of our family and very Jake,” says Elisa: 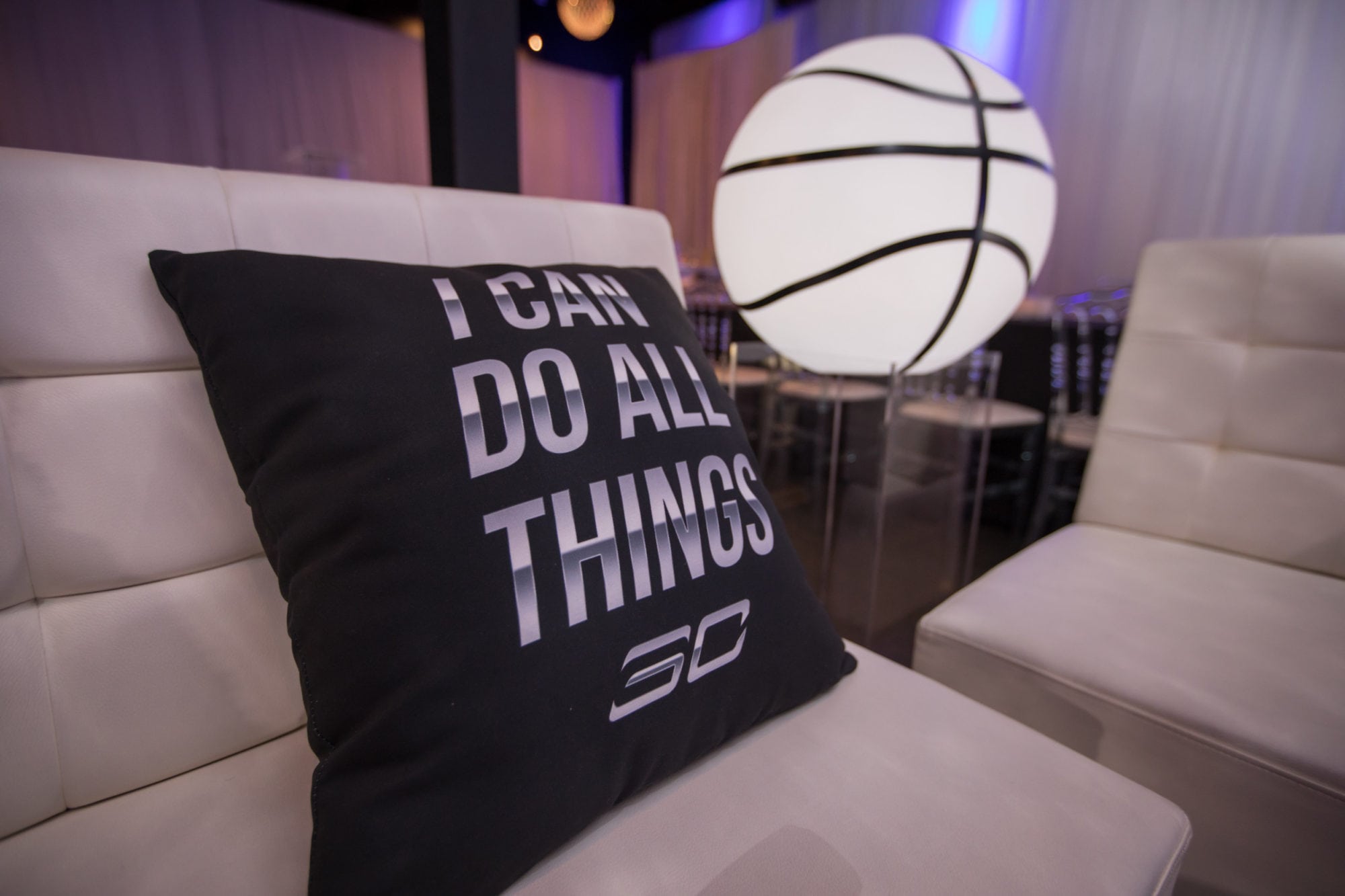 Everyone broke out into the Hora before food stations opened for dinner, which featured a Montreal smoked meat carving station and a poke bowl station: 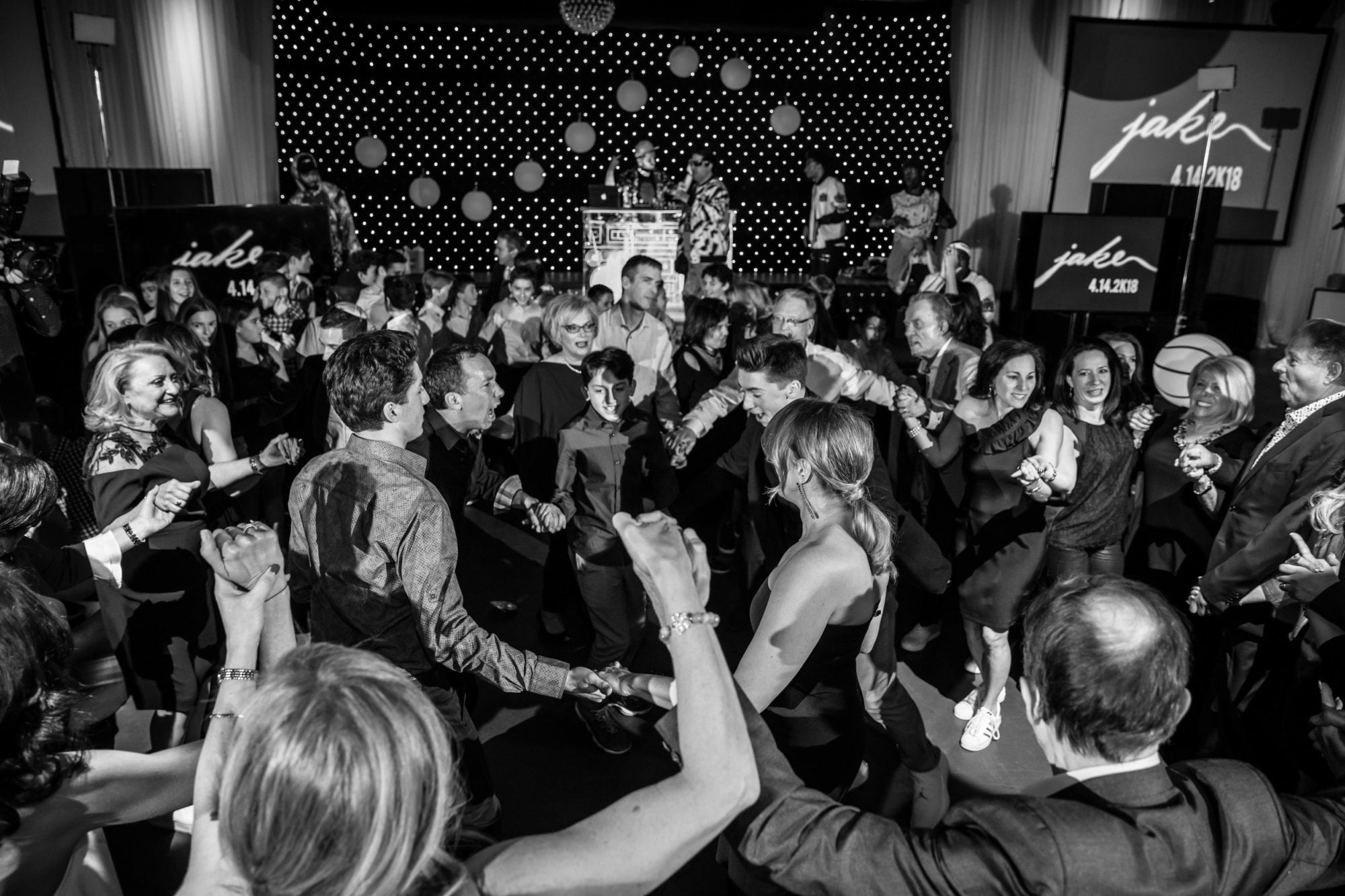 There was a lot of dancing: 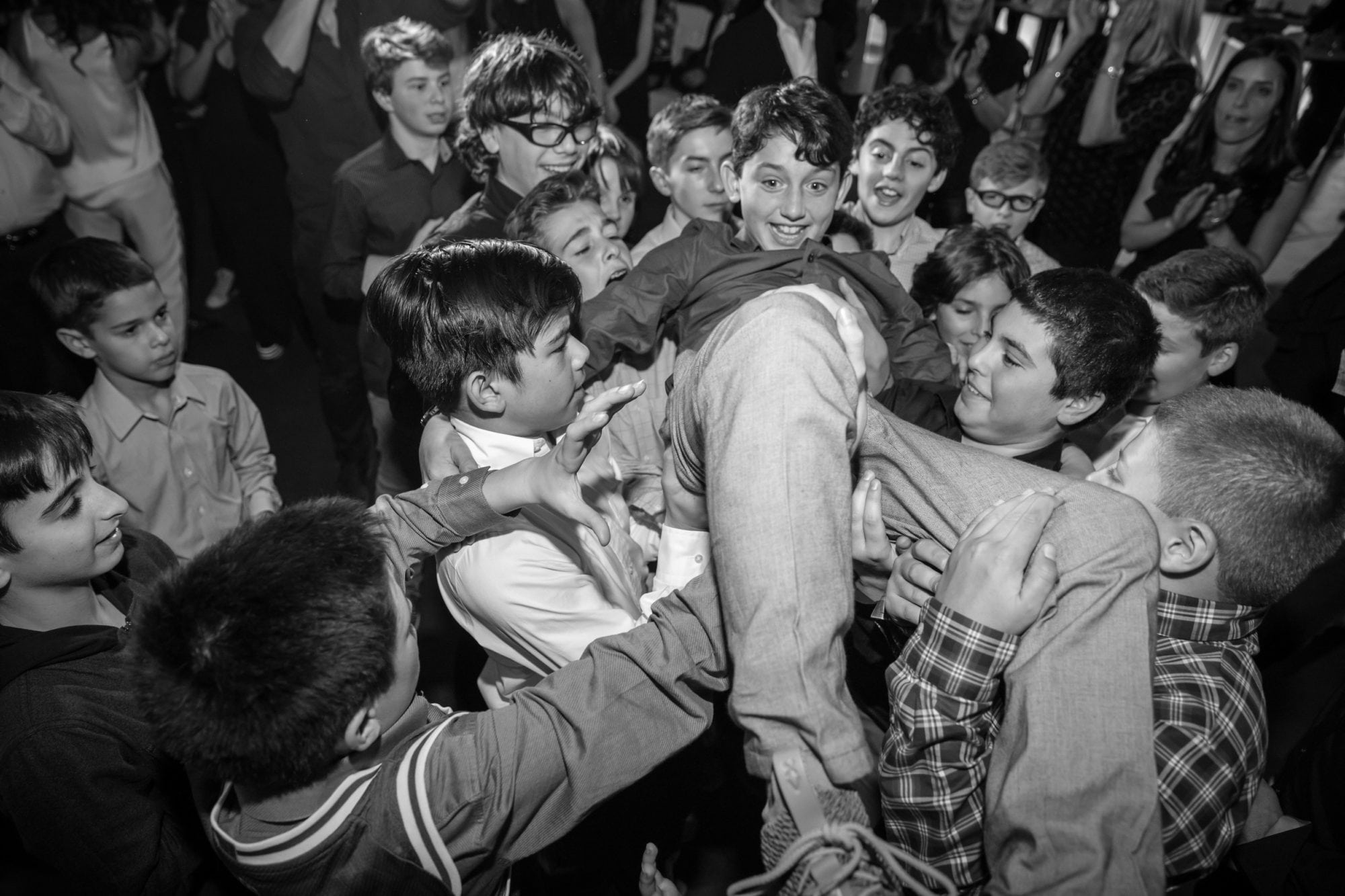 The ice-sculpted DJ booth was a hit: 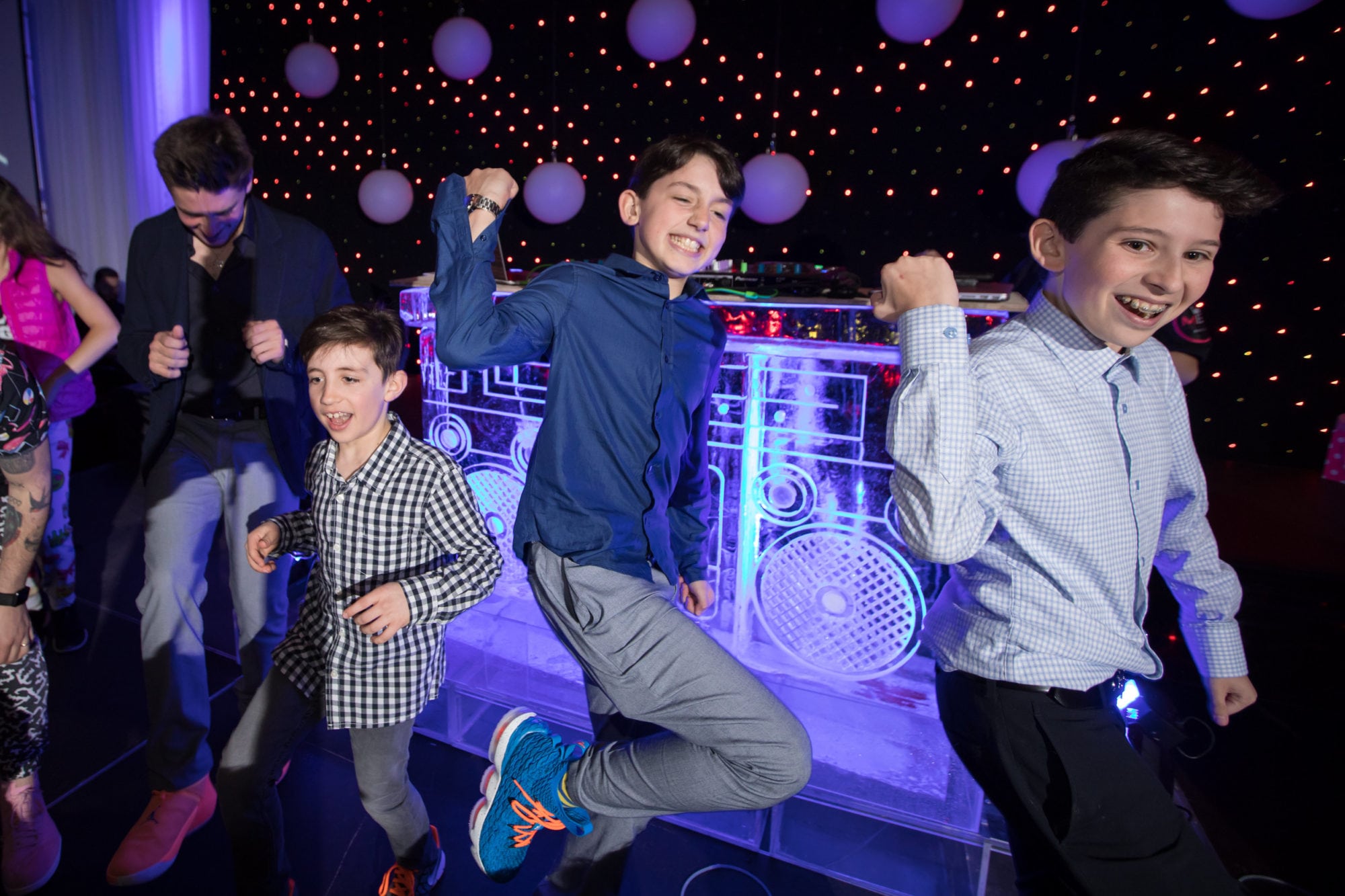 Elisa also came up with the idea for a Supreme pop-up shop, where guests could get a custom red and white T-shirt printed with anything they wanted: 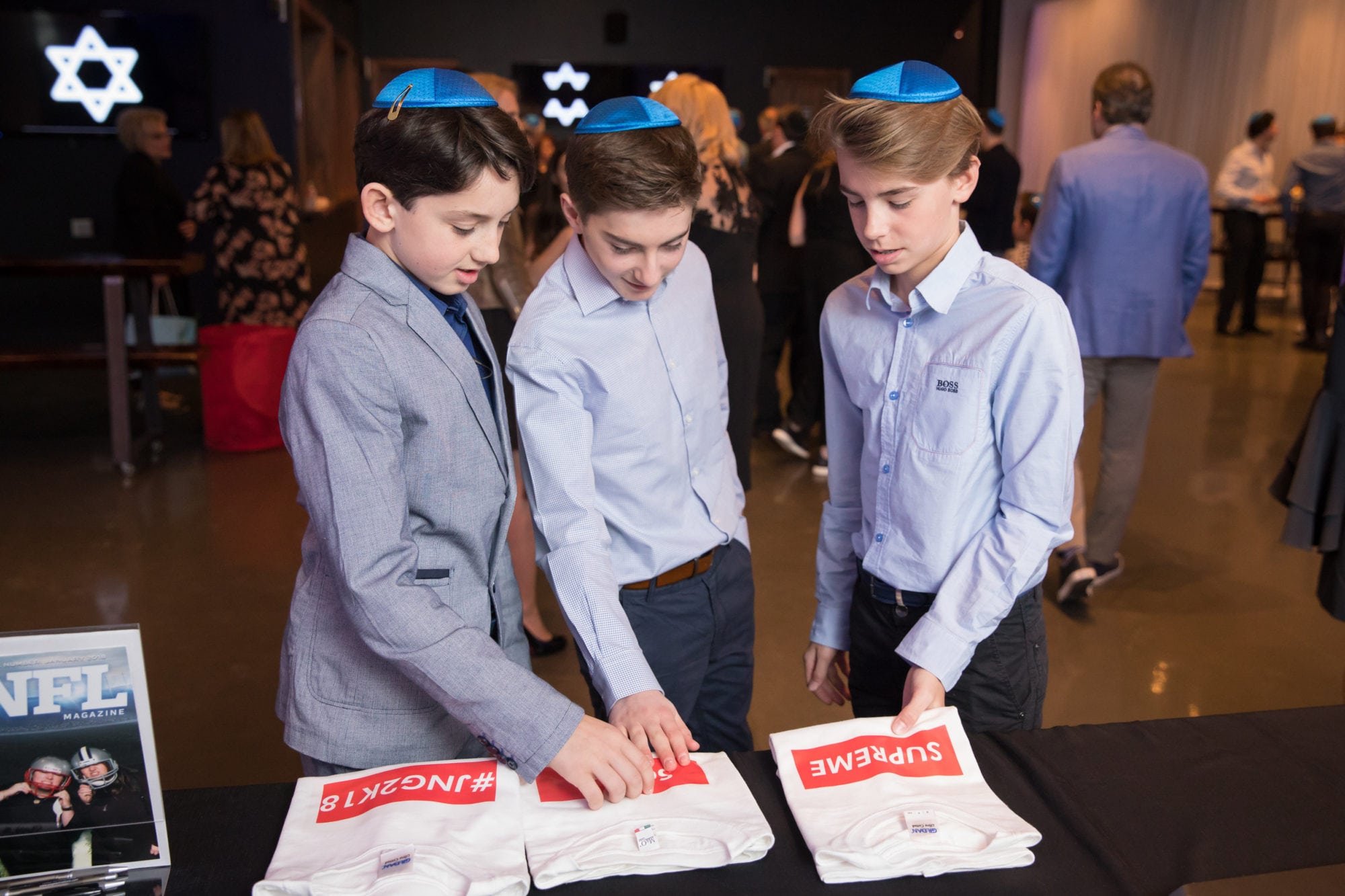 Jake wanted to do a Bar Mitzvah volunteer project and asked guests to bring new or gently used basketball shoes to donate. They ended up collecting some 70 pairs to give to Lay-Up, a non-profit basketball initiative for underprivileged kids: 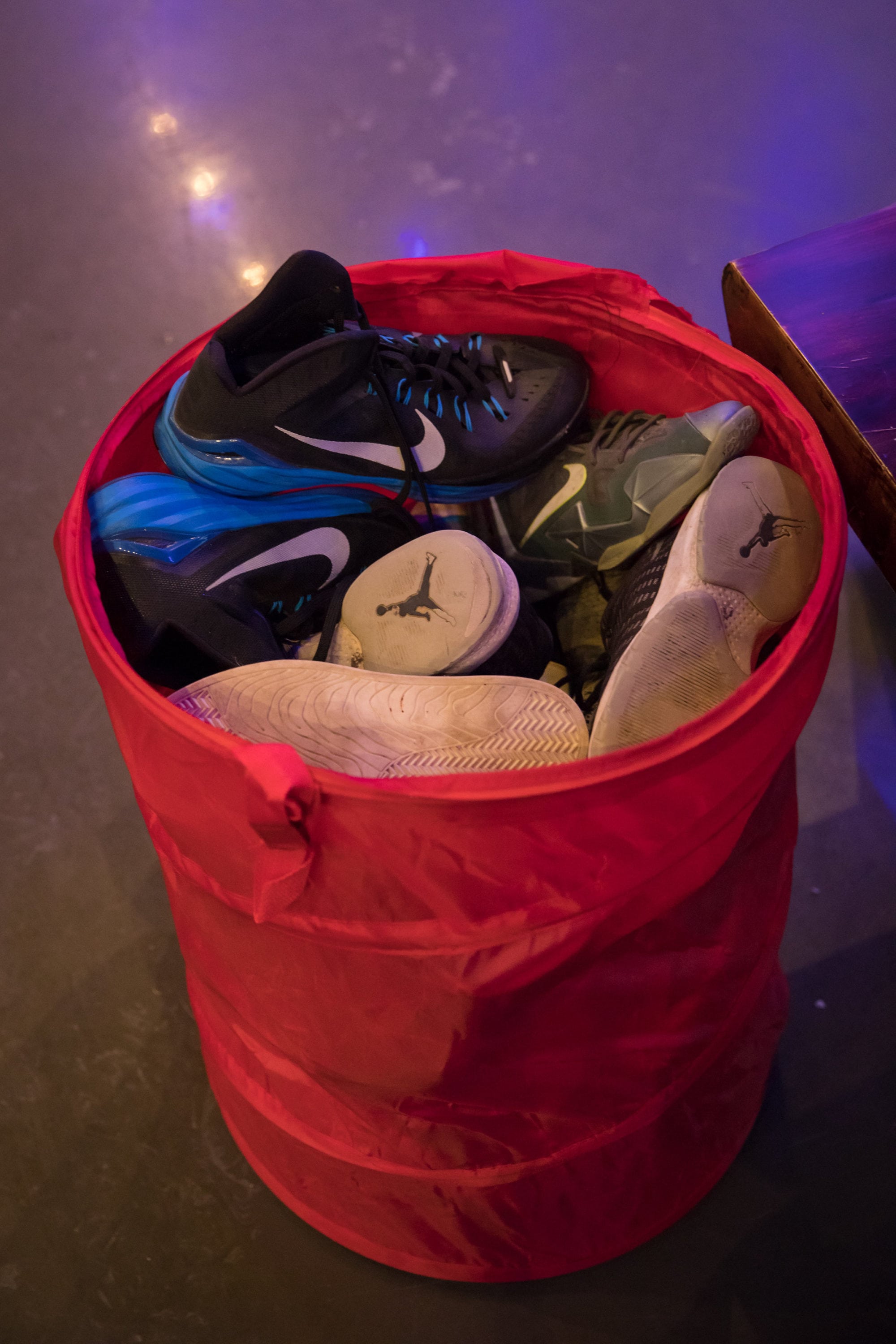 The dress code was “chic, with comfy kicks.” Everyone (even the adults) wore sneakers. “People kept telling me how happy their feet were,” says Elisa: 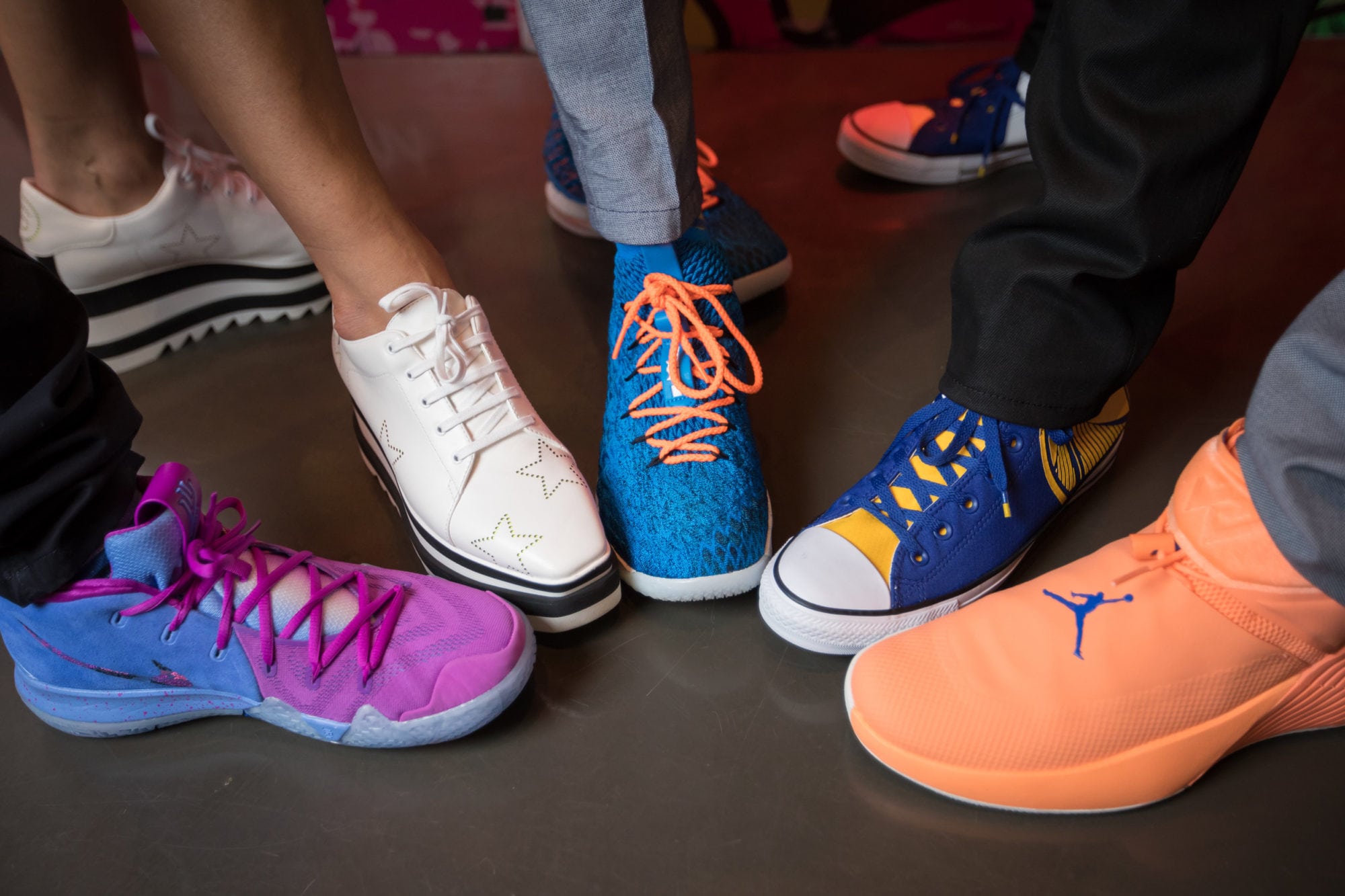 For dessert, there was a cheesecake station and a very well-stocked candy bar: 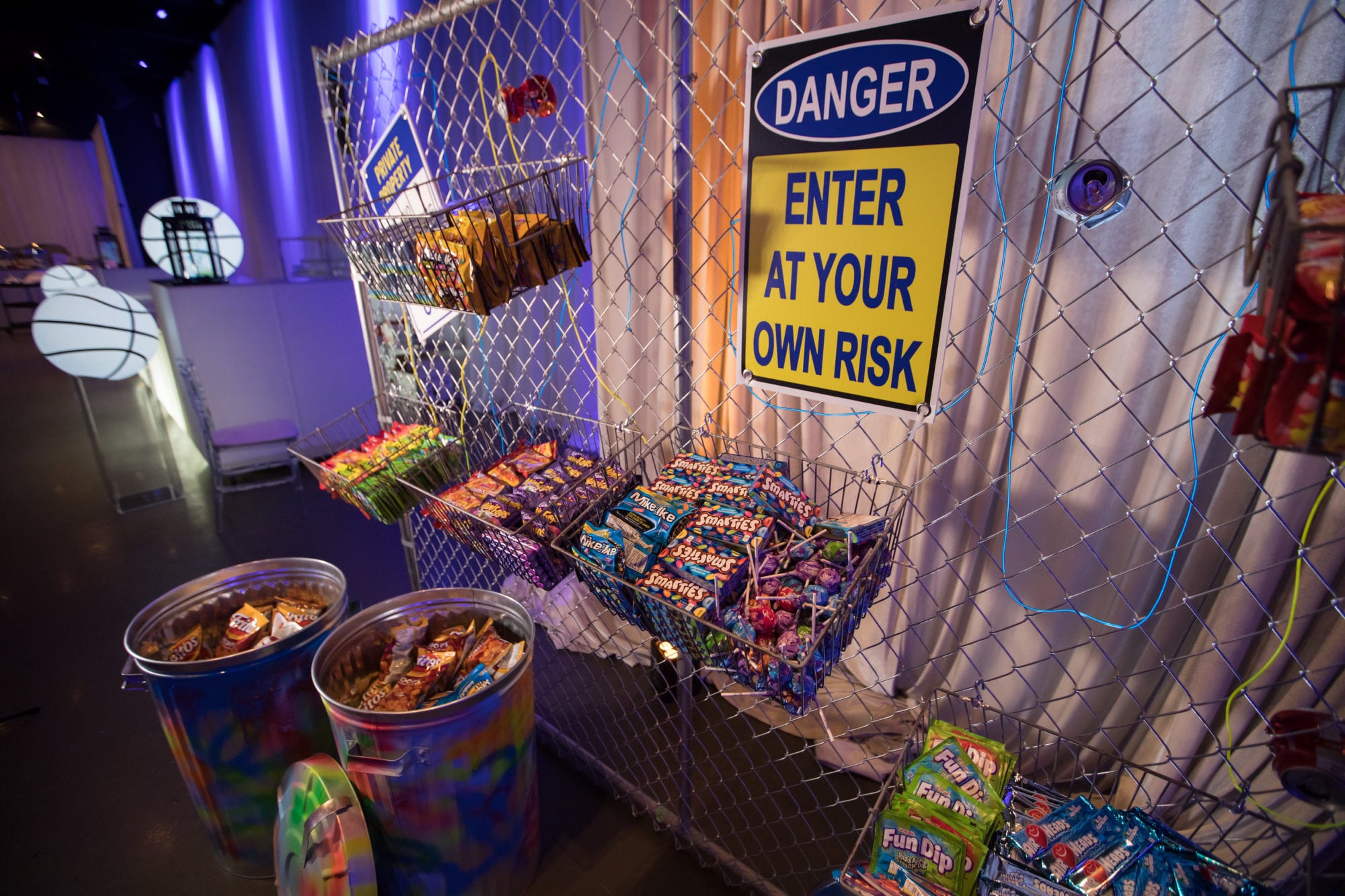 True to the theme, there was also a place to shoot some hoops: 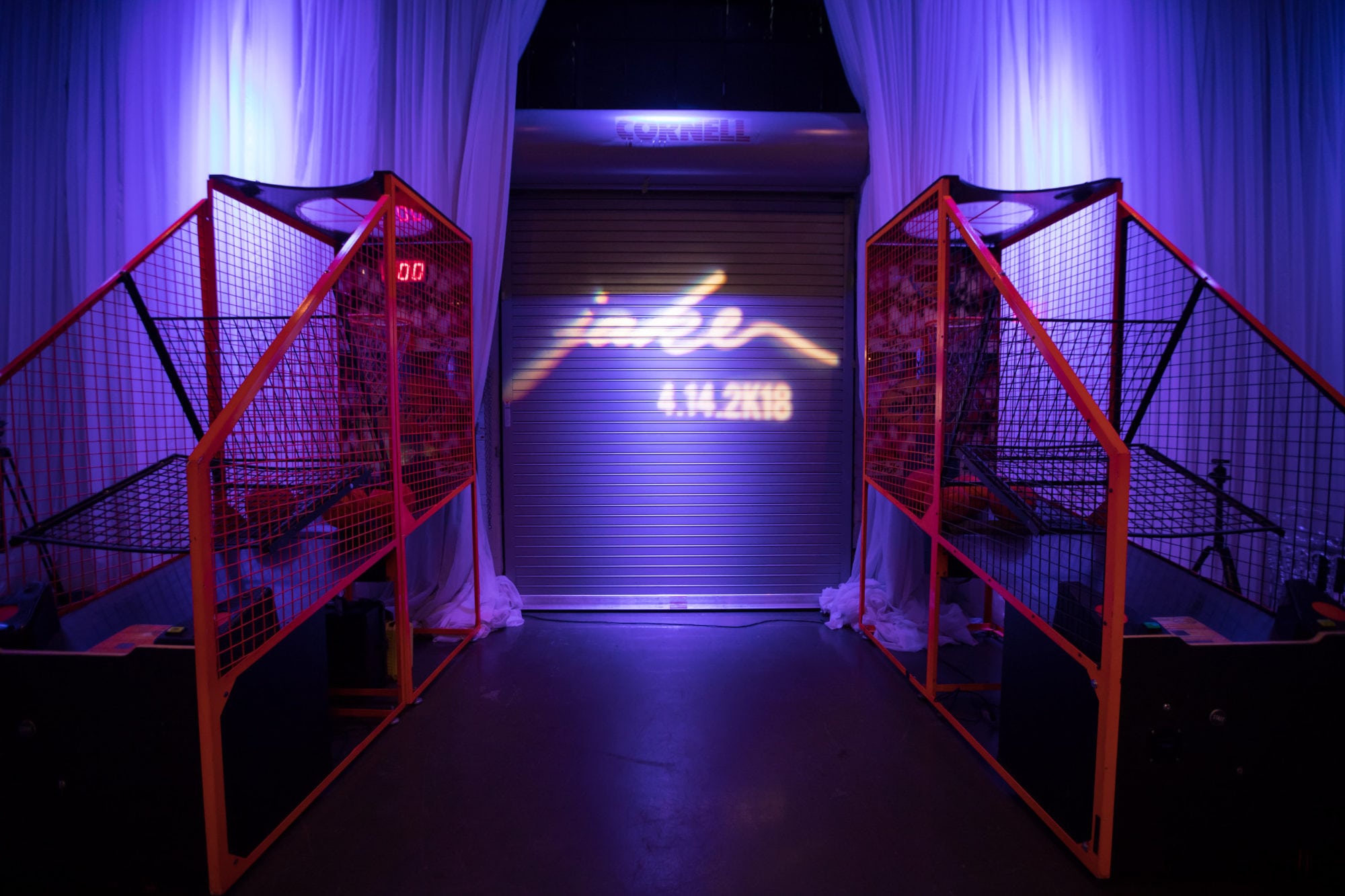