I raised a chicken in my backyard. I loved the fresh eggs, but I hated that bird

I raised a chicken in my backyard. I loved the fresh eggs, but I hated that bird 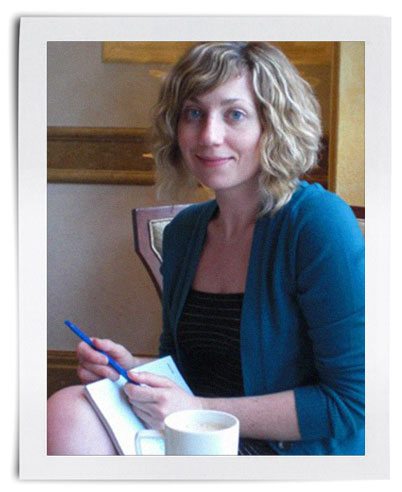 One hot night in summer 2011, I was invited to an unconventional dinner party. A friend of a friend had been raising chickens in the postage-stamp backyard of his Queen West semi. That night, he was planning to kill and eat a hen that had stopped laying, hoping to perpetuate the circle of life. Did I want to come?

I was surprisingly unconflicted about it. My immediate answer was yes, and off I went. After watching an instructional YouTube video, the chicken’s owner, Jamie, and a few accomplices opted to slit her throat with a butcher knife. I sat on the steps, feeling not repelled, not distressed, but increasingly hungry.

The dismembering process was more ­stressful: one of the guests, a doctor, was shockingly inept at ­deciphering chicken anatomy, and we all puzzled over where exactly to make the cuts. When we were done, we tried to make coq au vin. After five hours of braising—and five drained bottles of wine—the chicken was still too tough to eat. At three years old, she was long past her prime. So we ordered a meat lovers’ pizza.

Not long after that, Jamie and I fell in love. Friends gleefully dubbed this origin story a “meat-cute.” Watching a man slaughter an animal in a downtown backyard would typically be considered the hallmark of a pretty bad first date. It was, however, one of the more honest things I had ever witnessed. A man who had cared for his chicken for years decided to kill her humanely and efficiently for a group of hungry friends. We all knew where this dinner had come from—a refreshing alternative to buying anonymous, shrink-wrapped chicken parts in grocery stores, provenance unknown. We’d met the chicken and watched her peck around the raspberry bush for a couple of hours while we drank pre-slaughter cocktails. Then we’d seen the life drain out of her. It sounds grim, but someone is usually watching when an animal dies for food. I figured it might as well be us.

A year later, I moved into Jamie’s semi and quickly became acquainted with his remaining chicken, a handsome leghorn hen with thick red feathers. Every morning, I’d throw on a sweater over my pyjamas, creep down the back steps, open the door of the coop and retrieve a fresh, warm egg. I was delighted that this was all happening in the middle of the city, against an incongruous backdrop of skyscrapers and restaurants that charge too much for omelettes.

Her eggs were smaller than the grocery store variety, but creamy and rich with a bright orange yolk. I happily fried them up for breakfast sandwiches and baked them into chewy chocolate chip cookies. When friends came over, we’d proudly show off our bounty. We occasionally slipped a few eggs to the neighbours, too, lest they be tempted to report our illegal chicken. We were pleased with ourselves, almost sanctimonious about being city slickers with a partly sustainable household—even if the chicken was doing most of the work.

The chicken, who went unnamed, was very easy to keep. She lived in an Eglu, a $250 Scandinavian-chic coop that includes a fox-proof run and plastic house. She ate chicken feed, as well as a range of scraps, compost and leftover Chinese food. Once a week, Jamie would clean out her house and run, replacing the hay she liked to nestle in. And in winter, we put in a warming bulb and watched for frozen water and food.

While I loved the eggs, I was unable to form any kind of connection to the chicken they came from. She pecked at my hands and arms when I opened the run to feed her. And when I crouched down beside her Eglu to stare into her beady little eyes, there was no warmth or affection.

I’ve sincerely loved every other animal I’ve owned—Merv, the dwarf hamster; Thumper and Dusty, the rabbits; Bandito, my tiny and spirited Chihuahua. I once heard someone refer to backyard chickens as “pets with benefits,” but mine wasn’t my pet or my friend. She was more like an employee.

When she turned three—retirement age for a chicken—she gradually stopped laying. Her daily eggs dwindled down to five a week, then three, then two. And with the end of her utility, I’d stare out the kitchen window and wonder if she was content. Suddenly, I didn’t like the idea of keeping a bird in a cage.

Despite my lack of attachment, I couldn’t bring myself to kill an animal I knew wouldn’t be delicious. And so, after a few weeks, we called up the hippies who had sold us the chicken and asked them to rehome her on their farm. They arrived one afternoon, several hours late, to take the chicken back to their spacious co-op in the Kawarthas. After declining an invitation to attend their full moon party, I watched as they scooped up our big red bird and drove off in their VW van.

We sold the Eglu and now buy expensive free-range eggs in Kensington Market. Perhaps raising animals for food requires a blend of fondness and detachment. But no matter how hard I tried, I couldn’t love that chicken—and I couldn’t keep an animal I didn’t love.

Sarah Treleaven is a writer in Toronto.