Q&A: Hannah Alper on what it’s like to be a 14-year-old activist

Q&A: Hannah Alper on what it’s like to be a 14-year-old activist

She’s an author, eco-warrior and globe-trotting motivational speaker who plans to change the world 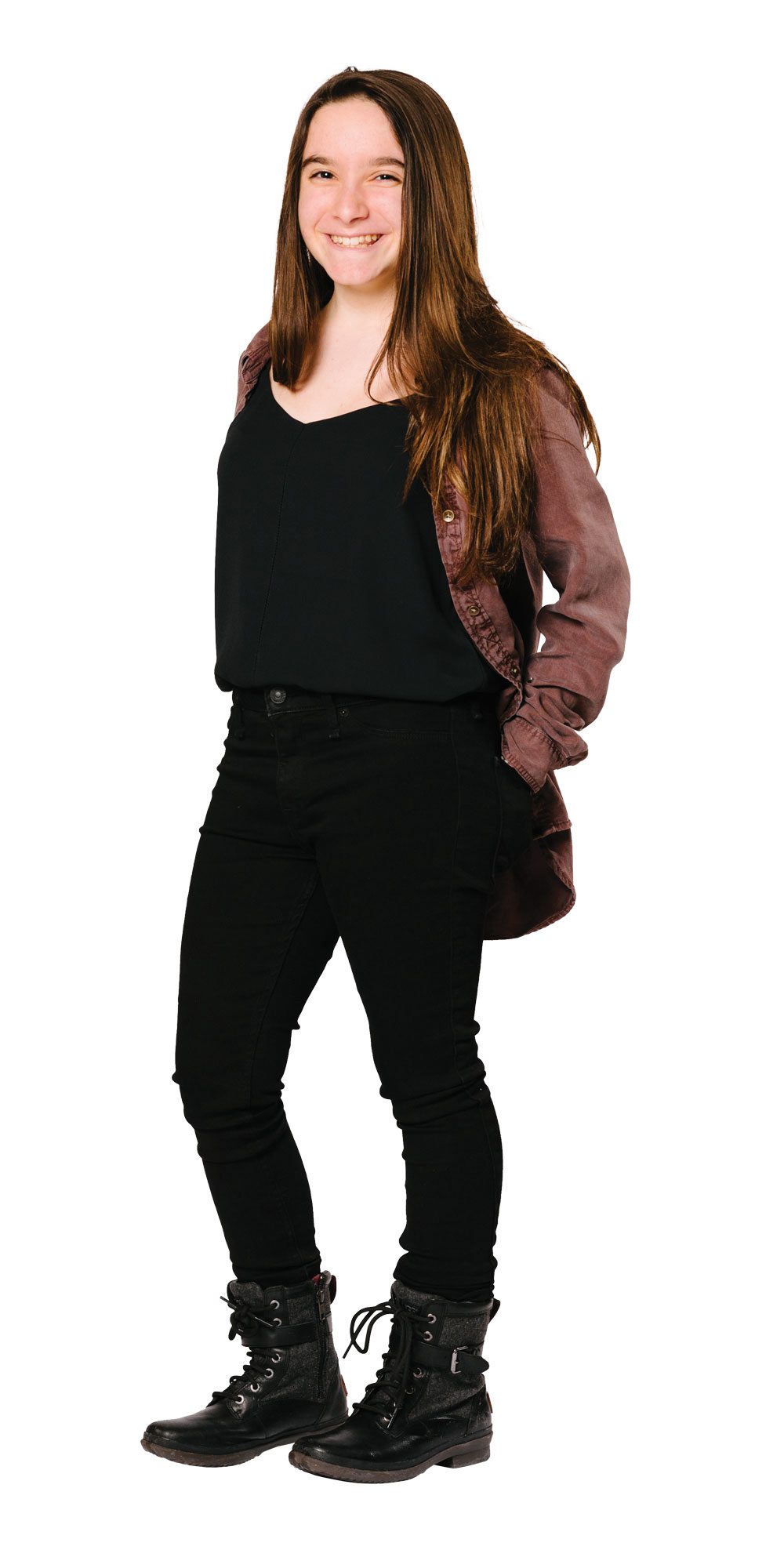 You recently landed on Bloomberg Businessweek’s “Watch These People in 2018” list, the lone Canadian and the only person under 18. How did that feel?
I was so honoured. It showed that adults are ready to listen to kids like me who have amazing ideas and are making a difference in the world.

What sort of difference are you making?
My goal is to inspire young people to become involved in the world and the issues they care about. I tell people I’m a motivational speaker, change-maker and kind-raiser. I care a lot about issues like poverty, education, homelessness, the environment, mental health and anti-bullying. I have given two TEDx Talks, and last year I published my first book, Momentus: Small Acts, Big Change, which is a collection of 19 interviews I did with activists around the world.

Do you find that it’s hard, as a young person, to be taken seriously?
Yes! I face skepticism basically every time I tell people I’m an activist. At the Bloomberg gala last December, people kept asking me who my parents were. I was like, “No, I’m on the list.”

Damn, girl.
I know. People don’t believe me when I say that my generation will change the world. When I was in Grade 4, I tried to start a We Club at my school, but my principal told me I was too young.

Did you say, “Have you seen my TED Talk?”
I know! I turned that setback into motivation. A Grade 8 student and I eventually started the club together.

You’re 14 years old now. When did you get started?
When I was nine. I wanted to start a blog, and my parents said, “Sure, but it can’t be all about you, or about Justin Bieber.” All I knew was that I loved animals. My parents introduced me to issues like deforestation, climate change and animal habitat loss, and I was devastated. So I started writing.

How did you go from kid blogger to international activist?
I came across a story about the Kielburger brothers, the co-founders of Free the Children, and suddenly felt less alone—like there were others who felt the same way I did.

What do you think your generation should be doing to break the cycle of #MeToo?
I think we need to start establishing consent talks in our communities and at our schools. We also need to be inclusive of both men and women. We need more male feminists. Men need to step up.

Would a typical guy in your class call himself a feminist?
Not out loud. It’s not cool, and that needs to change. Some of them have very interesting opinions about Harvey Weinstein—a lot of mis­information. I try to educate them about the issues.

What do you say to them?
I try to make them understand how they would feel if they were the victim. And also just make sure they understand the facts. A lot of guys think feminism means putting women above men, which isn’t the case.

A lot of activism these days entails nothing more than a hashtag and a tweet. Do you see that as a problem?
Part of that is generational, I think. Technology is one of the main reasons that young people are changing the world. Joining a movement or using a hashtag makes a difference. Maybe there are people who think I’m a “slacktivist,” which is okay. So much of what I do is on social media, but I think it’s such a powerful tool to do good.

Who are your heroes?
Malala Yousafzai is one. She’s so brave and powerful. I interviewed her for the We organization when she received ­honorary Canadian citizenship last year. I was completely star-struck. At the time I was being bullied at school, and she gave me a hug and said, “You’re changing the world, not them.”

How’s the bullying now?
Way better. I’m in my first year of high school, and there are so many people with different interests, and I have great friends.

Do you do any ordinary teenager things?
Yes. I love riding my bike and playing with my dog. I hate math. I’m planning a birthday party at a restaurant called Scaddabush. I’ve done sleepovers for the last few years for my birthday, so this one will be a little more grown up. I’m just an ordinary kid who’s trying to do extraordinary things.