Michael F. Bergmann On The Merging of Live Arts and Technology

Michael F. Bergmann On The Merging of Live Arts and Technology

From machine-learning robots to innovative projection design, a peek into the experimental passion of this professor from The Creative School 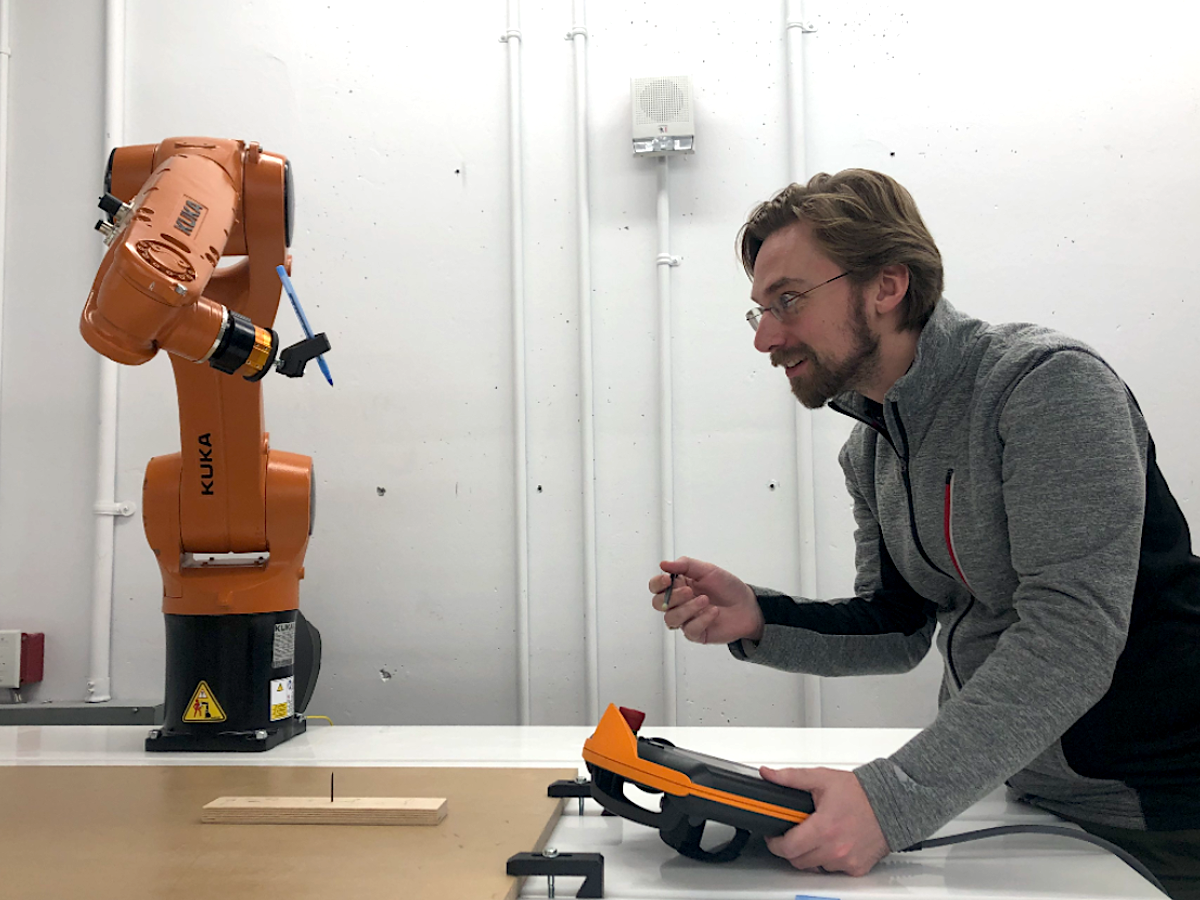 For Professor Michael F. Bergmann, a Toronto Metropolitan University (formerly Ryerson University) alum and current faculty member of the university’s School of Performance at The Creative School, technology has always been a source of innate creativity. His academic career is positioned at the intersection of these two subjects, where he explores the role of new technologies in live art and storytelling in his lab, Technological Research in Performance Lab (TriPL). Spanning theatre, installation art and corporate performance, Bergmann’s distinct creative works are spearheading conversations around the evolving role of technology in the ways we produce and experience art. From machine-learning robots with killer dance moves to innovative projection design, Bergmann’s work tells a story where technology and performance are not mutually exclusive.

The Creative School houses 26 of the Toronto Metropolitan University’s media, communication and design-related programs including journalism, performance, interior design, media production, and film, among others. This faculty is amplified by partnerships around the world and offers more professional opportunities to its students than any competing program.

In conversation with Toronto Life, Bergmann discusses how The Creative School is influencing the creative industries and setting a precedent for the ways experimenting with technologies can support accessibility and imagination.

What inspires you to use technology as a component of storytelling?

I was never much of a painter or drawer, so I turned to technological ways of being creative. I got into computers very early on and pushed the boundaries of what was available to me at that time. As I began working with performance and theatre, it was natural for me to include a technological component in everything that I did. It became a way of problem-solving; I find the ability to take component pieces and smashing them together in creative ways to create something novel very inspiring. In my eyes, that is the mechanism of creativity and the means of great storytelling. 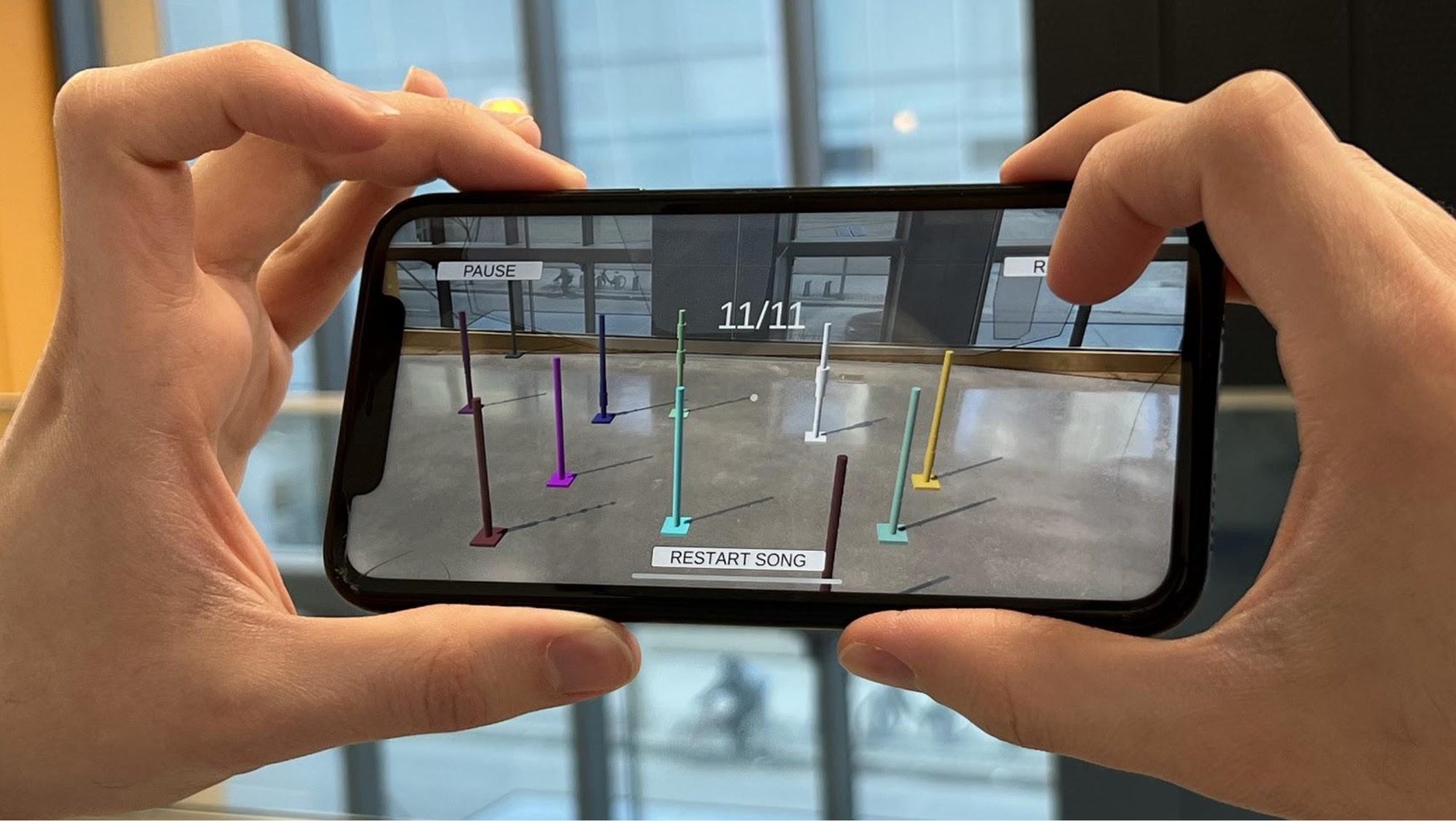 Before your position at The Creative School, you worked in the corporate performance and industrial events space in San Francisco, how was that experience different?

I was working in the research and development lab of an event-technology company called Worldstage. We did theatrical shows, but a big part of it was the corporate-side of performance. In terms of how it compares to working in academia, time scale is very different. All of the same aspects and elements of the performance are there, but the goals are very different. Whether it’s aiming at internal communications or something commercial, at the end of the day, the show is a means to the end of a product. There’s a level of spectacle that is inspiring to it, in that it’s about wowing an audience and trying to amplify a message or experiences that individuals can have with brands. 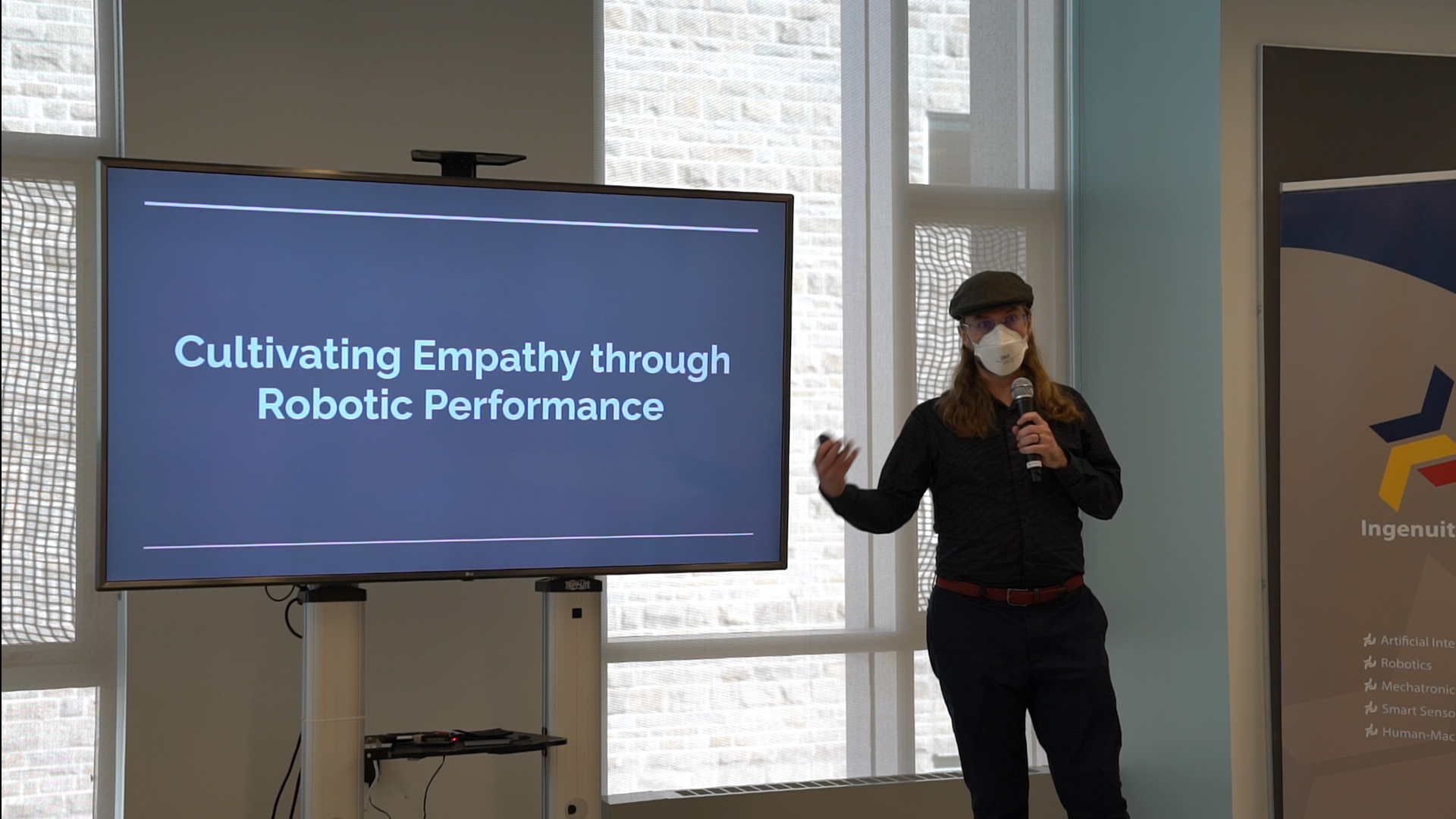 Is there a specific project or event that you’ve designed that you’re most proud of?

I would say The Uncanny Robot Project, which I see as the pivotal project that put me on my current research agenda. In collaboration with Linda Zhang from the School of Interior Design, Louis Laberge-Côté from Performance, and dancer and choreographer Belinda McGuire, we created a duet dance performance between a human and an industrial KUKA robot. We were exploring aspects of the human/nonhuman performance, the space of a character, and of the audiences’ empathy for both the robot and the human.

How would you describe the changing landscape of performance technology and how it has evolved over the years?

There has always been a technological element to theatre and performance, and I think that there is a bit of a push and pull effect happening now. When something new comes out, there tends to be a push for it to be implemented everywhere, and then a pullback of reverting to old ways. That is, until we find an equilibrium and becomes a part of a permanent toolkit. Augmented and virtual reality is in a bit of this push-pull phase. There is fascinating work happening there, but the logistics are still a bit too difficult to manage for the average audience member when it comes to a traditional theatrical performance. But in the context of a personal experience, I think there’s a big and exciting growth happening in VR and AR work.

Has the pandemic accelerated the growth of performance technology or just shone a light on it?

I think both, to a certain extent. We all became broadcasters in a matter of months, and developed new screen-based, remote performance forms in our work and communications when the pandemic hit. So, technology that was in alignment with this shift accelerated very quickly. Our willingness to experiment has definitely been heightened and changed as a result. 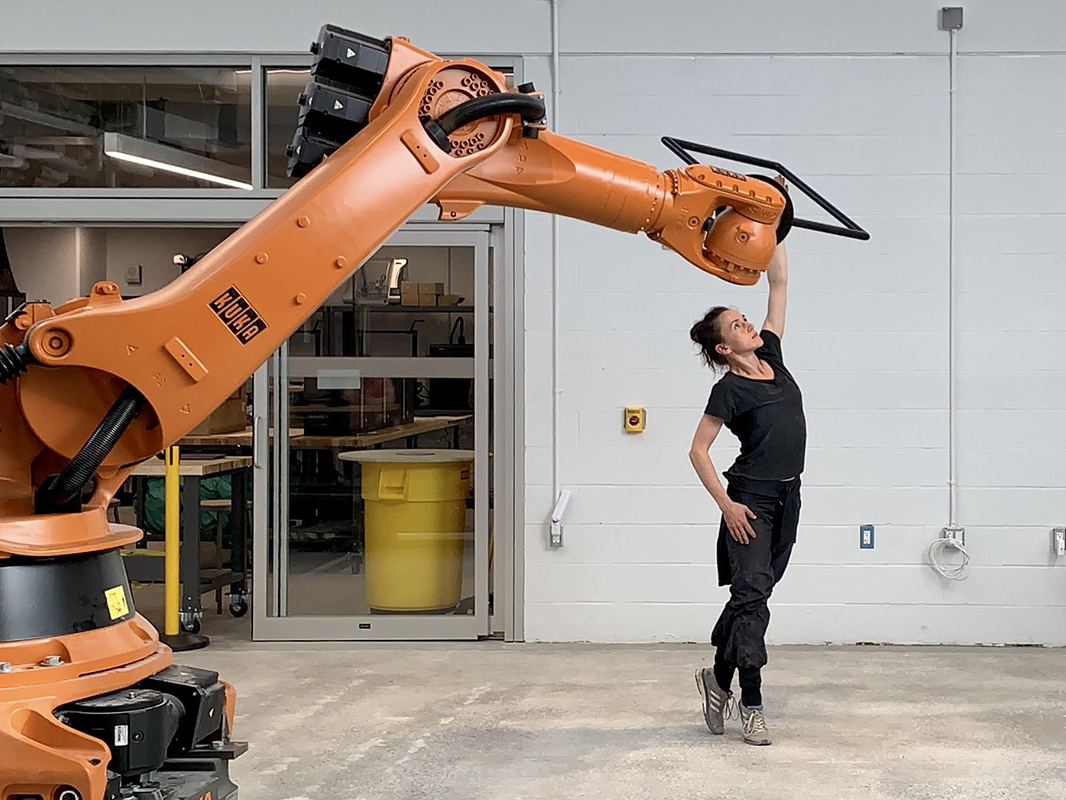 Is there anything you’re currently working on or looking forward to that we can spotlight?

I’m especially excited about the work I’m doing with Ferment AI, and the project that I’m developing there. In some ways, it’s an off-shoot of The Uncanny Robots project, called Mechanical Waves. It is a human-robot durational performance installation, in which the two will interact with each other using responsive choreography. The robot will begin by mirroring the human’s movements, but over time will learn and create its own personality, interpretations and responses via a machine learning model.

Click here to learn more about The Creative School and their impactful work both inside and outside the classroom.