Inside the Swiss death room where John Hofsess ended his life

Inside the Swiss death room where John Hofsess ended his life

On February 25, I left Ottawa for Basel, Switzerland, where I would witness the assisted death of the right-to-die activist John Hofsess. I’m an editor at the journal Humanist Perspectives and had been working with John on a book, which I plan to release in April. John asked me to join him, along with our friend Richard Thain, the British right-to-die activist Michael Irwin, and two filmmakers named Troy Moth and Josh Lambert, who were working on a documentary about John’s death. He was scheduled to die on February 29.

The whole experience had an air of the surreal. The Eternal Spirit Foundation, which operates the clinic that would administer John’s death, booked us into a small, clean bed and breakfast. The liaison they sent could not have been more helpful. He picked up all the separate parties from the airport, answered our questions, drove us to a restaurant and joined us for dinner on two occasions, where we discussed Swiss law, assisted dying, and much more. John spent much of his last few days at his computer. Sometimes he would emit loud groans. He was working on the final chapter of his book and was not entirely satisfied with his product.

On the afternoon of February 27, Erika Preisig, Eternal Spirit’s founder and doctor in charge, came to the B&B to meet with John. It was an intense conversation. Dr. Preisig always seeks to establish that no other party is influencing the applicant to choose death. She also believes that the cost of remaining alive should not factor into anyone’s decision to commit suicide. But John insisted that cost was one of the reasons he wanted to die. He did not have the means to support himself and did not want to be a burden on taxpayers. In the end, Dr. Preisig asked John to think about his choice for another two days.

John spent those days doing interviews with Troy and Josh. One of the interviews was to be in the Swiss countryside, and I tagged along for the ride. We drove to a scenic location amid woods and fields to take photographs. The weather had been a bit damp, and John, whom peripheral neuropathy had rendered a bit unsteady on his pins, got into some muck. He seemed more perturbed about the fact that his shoes had been sullied than the fact that he was to die within a day.

On the evening of February 28, we went to a nice restaurant in the countryside. We toasted John. There was talk and laughter. At breakfast the next morning, I was struck by how ordinary the conversation was. An eavesdropper would not know that those chatting had gathered to watch a man die at his own hand. That day, John enlisted Richard to look some things up online and asked me to review what he had written for his book. At one point, he gave Richard his tie and Michael a beautiful cashmere sweater. Whenever John had gone out during our Swiss sojourn, he had worn a bright yellow-green baseball cap. He designated that it should go to our Eternal Spirit liaison. As the afternoon hours wore on, Richard bought some soup from a place down the road from the inn. Nobody knew exactly what would happen or when.

Sometime between 8 and 9 p.m., John decided it was time to go. We drove to the location of the assisted voluntary death room at Eternal Spirit’s clinic. The room contained some couches and a bed with an IV set up beside it. A shelving unit separated that part of the room from a table where John filled out some forms: he confirmed his executor and indicated that he wanted to be cremated.

At other Swiss assisted death organizations, the patient must drink bitter barbiturates, but Eternal Spirit brings about death by an IV infusion of the barbiturate Natrium-Pentobarbital, and it is the applicant who must open the valve. John walked over to the bed. Dr. Preisig adjusted the pillows and prepared the IV in his arm. She asked him something I didn’t quite catch. “It’s not perfect, but I can live with it,” he joked.

As John lay down on the bed, he asked for some vanilla ice cream. We had brought an ice cream bar from the B&B, but it melted on the way and had to be served in a saucer. John had one bite, then proceeded with his death. Dr. Preisig told him that she would start an infusion of physiological saline just to make sure that everything was working. Then our liaison placed the IV valve into his hand and the lethal concoction into the IV container. When John chose to open the valve, he would die in less than a minute.

Swiss law does not demand that the applicant be suffering from any terminal condition, but it does require that he or she be of sound mind. Before they are given the opportunity to kill themselves, people in Switzerland must prove their mental competence by coherently answering a series of questions. Dr. Preisig asked John his name, date of birth, where he was from and why he was there, each time waiting for his answer before asking the next question. She asked him if he knew what would happen when he opened the valve. She asked him if he wanted to die. At that point, John startled me by emitting a few loud, dry sobs. He composed himself and said yes. Dr. Preisig said, “John, if you would like to die, you may open the valve.”

John wanted to end his life listening to Paul Robeson sing “Ol’ Man River”—the same song Al Purdy had played when John assisted his death in 2000. John had indicated that he would turn on the flow when the song was about two-thirds through. As Robeson sang, John gently rolled the wheel on the IV valve as he stared at the ceiling. Then he released the full flow. Dr. Preisig knelt by the bedside, held John’s IV arm and gently stroked his forehead. Paul Robeson’s voice carried on singing. Within a few seconds, John was unconscious. He was dead less than a minute later.

Whenever someone has a voluntary assisted death in Switzerland, the clinic must call the police. The call was made, and two male officers arrived within 15 or 20 minutes. Those of us who witnessed the death had left our passports and driver’s licences on the table. The police needed to see the original documents. The Eternal Spirit team showed them the video of the death on their laptop and answered some questions. Not long after, the medical officer arrived, and we were all asked to leave—the police and medical officer would need about 45 minutes alone with the body. Some time later, John’s body was taken away in a hearse, and it was cremated soon after. His ashes will be buried under a tree in a Victoria garden.

Madeline Weld is a retired civil servant, a board member of Canadian Humanist Publications and a co-editor of Humanist Perspectives.

More about assisted death in Canada 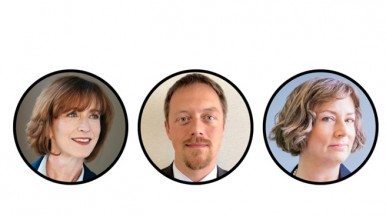 A doctor, a lawyer and an activist talk about the future of assisted death in Canada

A roundtable discussion about deciding to die 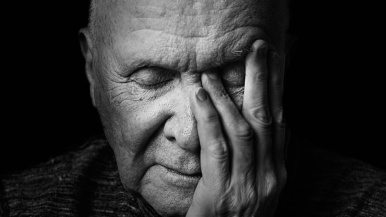 I helped eight people end their lives. By the time you read this, I’ll have ended mine