Internet Famous: How James Hobson (a.k.a. The Hacksmith) brings in six figures a year building superhero props on YouTube

Internet Famous: How James Hobson (a.k.a. The Hacksmith) brings in six figures a year building superhero props on YouTube 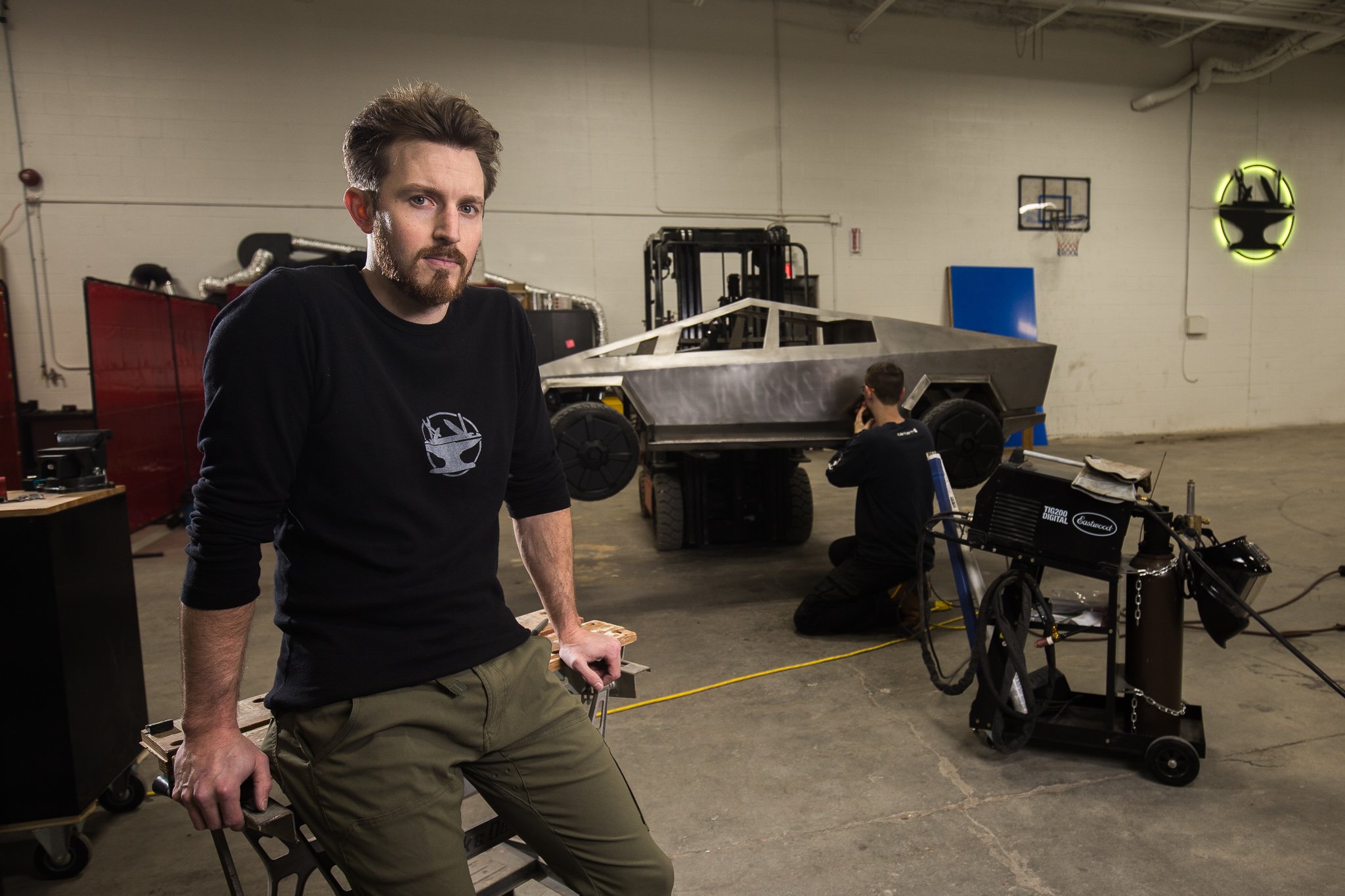 I joined YouTube in 2006, a year after it launched, to share parkour videos and backflip tutorials with my high school friends. A few years later, I began studying mechanical systems engineering at Conestoga College. While there, I  teamed up with my friend and now–business partner, Ian Hillier, to work on engineering projects—like converting a regular Honda into an electric car—many of which I shared on YouTube. After graduating, Ian and I started working as full-time engineers.

Six years later, when YouTube launched ad revenue sharing with creators, I rebranded as “the Hacksmith” and started working on the channel out of my kitchen in Mississauga, where I was living at the time. I focused on making working prototypes of props inspired by superhero movies and video games. For the first two years I didn’t have much traction. I was funnelling all my income back into tools, equipment and 3-D printers for YouTube. Then, in 2014, I had my first viral video: I used pneumatic cylinders to make an exoskeleton that allowed me to curl 170 pounds. In three days, the video had over 500,000 views, and I was invited to appear on the Discovery Channel, where I curled 275 pounds.

By late 2015, I was overworked so I quit my corporate job. I wanted to give YouTube 100 per cent of my attention. I had recently moved back to downtown Kitchener and I was working on YouTube out of my 1,300-square-foot garage. I only had a few months of expenses saved up, so I withdrew $15,000 from my RRSP. A few months later, Ian quit his job too, eventually taking on more of the business work like accounting and legal, while also helping to engineer some of our complicated projects. In May 2016, we built a replica of Captain America’s electromagnetic shield, with a 3,000-pound lifting force. We released the video right before Captain America: Civil War came out. Within a few weeks, we grew from 100,000 to 500,000 subscribers, and by the end of the year we were at just under a million. Suddenly, we were a mid-sized channel that was making money off YouTube ads. Sponsorship deals started rolling in from companies like LG, Audible and Google, and we were able to start hiring people. Then Hollywood came calling. I travelled to New Zealand in 2017 for War for the Planet of the Apes to test out their motion capture suits, and last summer we created a working neuralyzer prop for a Men in Black: International promo campaign.

Now we’ve got video editors, engineers and production managers working for us. Each video takes 300-plus hours of labour to produce, and at any given time, we have a half-dozen projects on the go. For a regular project, it could be anywhere from one to two weeks of R&D, engineering, filming and testing. We’ve only received one noise complaint—but, to be fair, we did have two jet engines going in the backyard.

We make anywhere from $1 to $10 per thousand views. So if a video gets a million views, we could get paid up to $10,000 in ad revenue. I also do talks and keynotes. We sell merch and we have a Patreon page. More than 50 per cent of our revenue comes from sponsorships. We’ve been net-positive and growing year over year. We’ve doubled our gross revenue from 2017 to 2018 then again in 2019. We’re putting out well over half a million dollars in salaries now per year. That’s pretty neat.

I’ve focused on the business as an engineering company rather than a YouTube channel, and we’ve always heavily reinvested in the company instead of taking big paycheques. Last year we moved into a 13,000-square-foot facility in an industrial part of Kitchener. We’ll be able to hire more people and hopefully start hosting high school tours, workshops and events for additional revenue. In the future, I’d love to invent technology that improves quality of life, or enables workers to do superhuman tasks, like I did with my early exoskeleton prototypes.

It’s kind of fun being a quasi-celebrity. Last year our team was in Atlanta for work. We were driving on the highway and the guy driving next to us yelled out the window, “Hey Hacksmith, I’m a huge fan!” We ended up throwing him some merch through the window.

Are you internet famous? We want to talk to you.