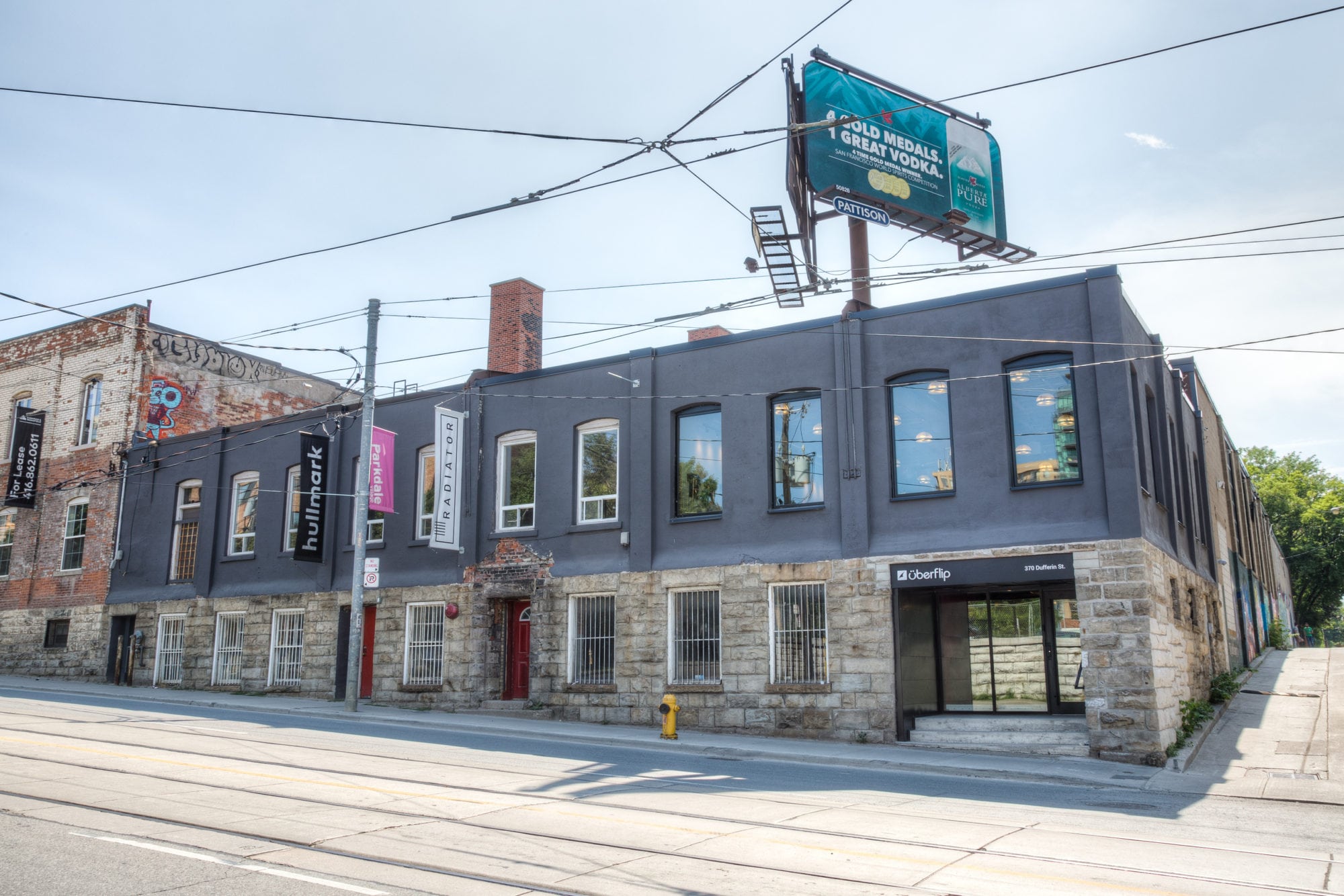 What: Content experience platform Uberflip’s Toronto office
Where: A former warehouse at Queen and Dufferin
How big: 30,000 square feet for 120 employees

In the six years since its inception, Uberflip—a cloud-based content experience platform founded by tech wizards Yoav Schwartz and Randy Frisch—has moved offices at least four times to accommodate a constantly expanding team. After receiving a $32-million cash injection from growth equity firm Updata Partners, its latest upgrade is the most extravagant yet. When searching for a new home, there were two main requirements: first, it had to be vastly spacious (to accommodate future growth), and second, everything needed to be on one level to optimize flow and communication. Options in and around the city were limited, so they ended up taking over a sprawling, dilapidated warehouse just south of Queen on Dufferin. The transformation took almost a year, but the new workplace is a rustic paradise and is nearly double the size of their last office.

Uberflip enlisted Mette Design to help with the renovations and spent months deep cleaning the 100-year-old building, tearing down any existing walls, replacing all of the windows and pouring new concrete floors. The result is an airy space that’s full of homey touches, including team photos hung in frames on the wall, an impressive selection of board games and more than one office dog. The company also has a “happiness officer,” Julie Whish, who’s in charge of stocking the fridge with everyone’s favourite snacks and organizing company-wide activities like softball games and karaoke parties. During the heat wave, she arranged for an ice cream truck to park outside the office and dole out cool treats to everyone.

The lobby was initially meant to be an ordinary entrance with a reception desk, but they ended up pushing out the walls to create a lofty games room. “It sets the tone for the entire space,” says Schwartz: 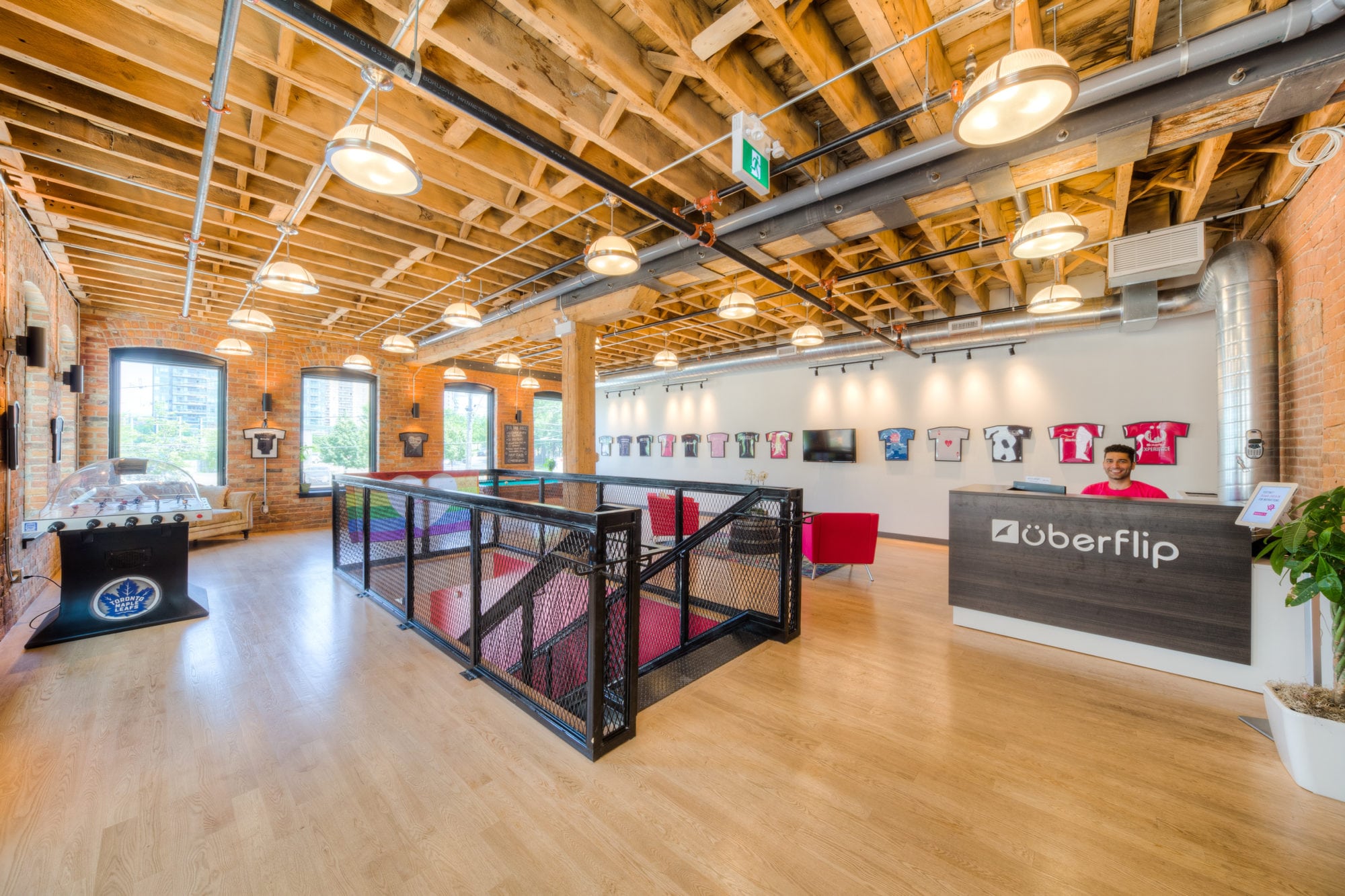 The air hockey table was a joint gift from Schwartz and Frisch’s wives. They always wanted one in their old offices, but they kept delaying the purchase because of how expensive they can be: 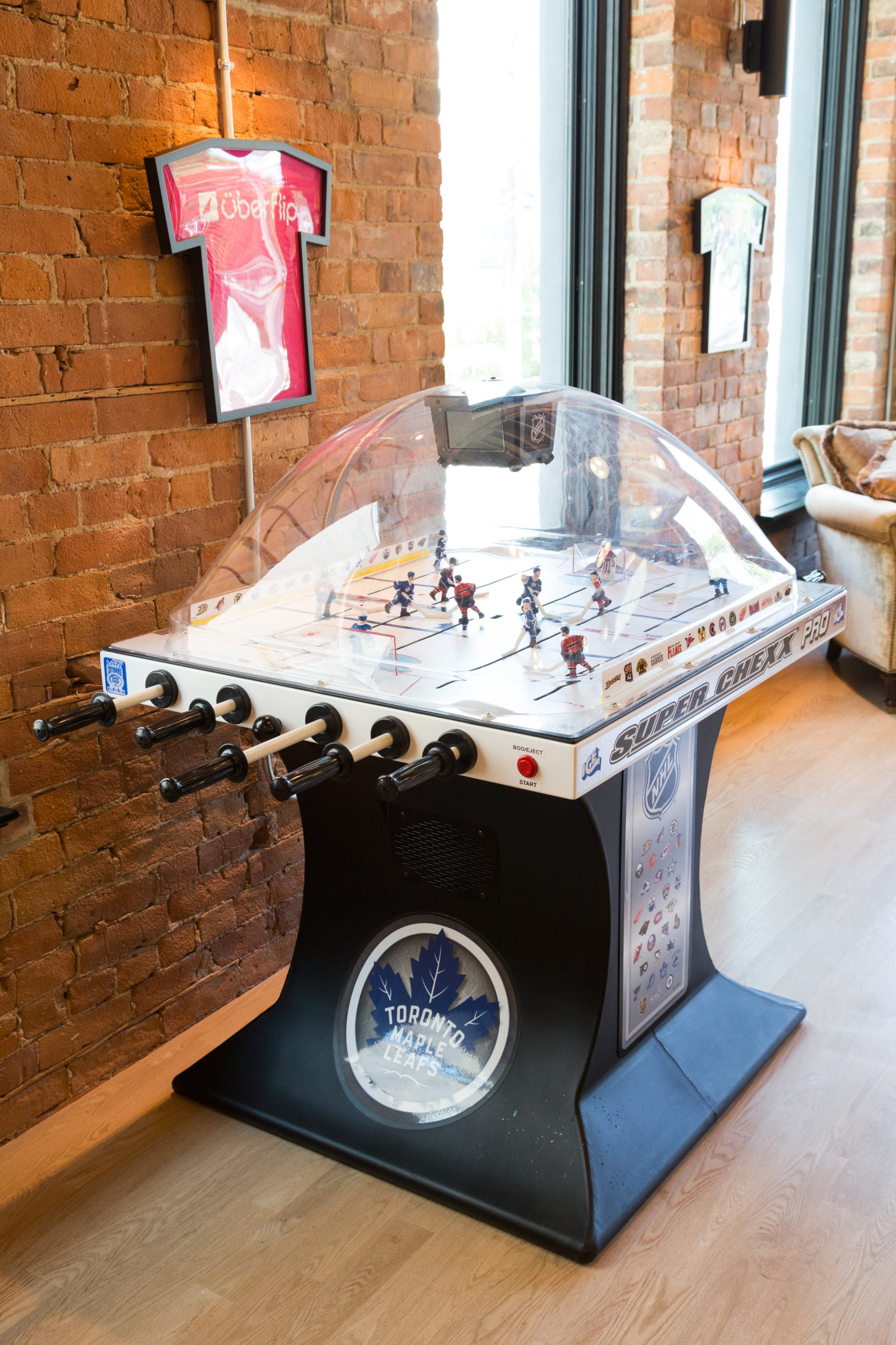 Past the entrance, there’s a lounge area decorated with old company photos. “It’s a bit of a trip down memory lane,” says Schwartz: 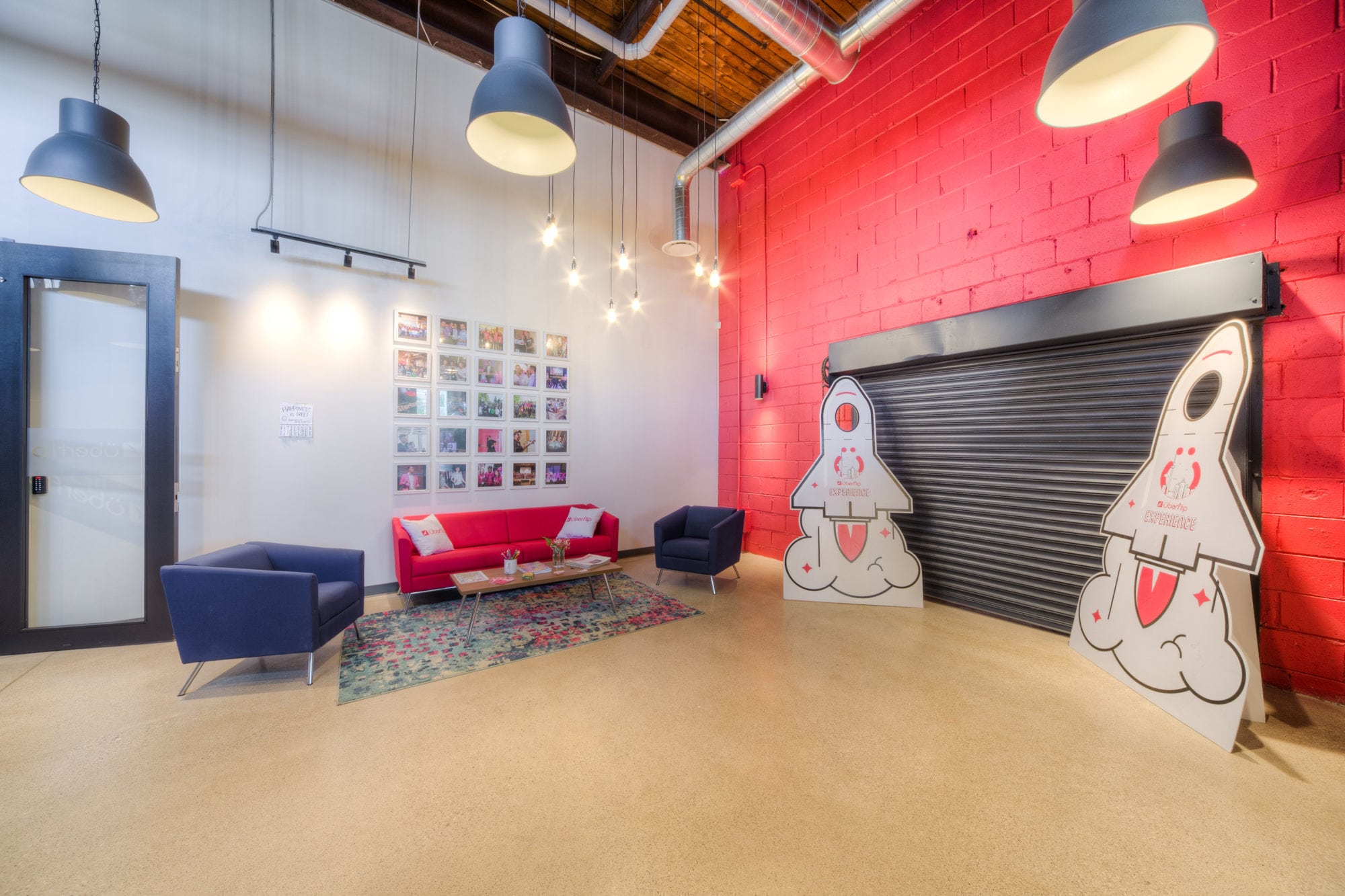 The table is filled with colouring supplies, courtesy of Whish: 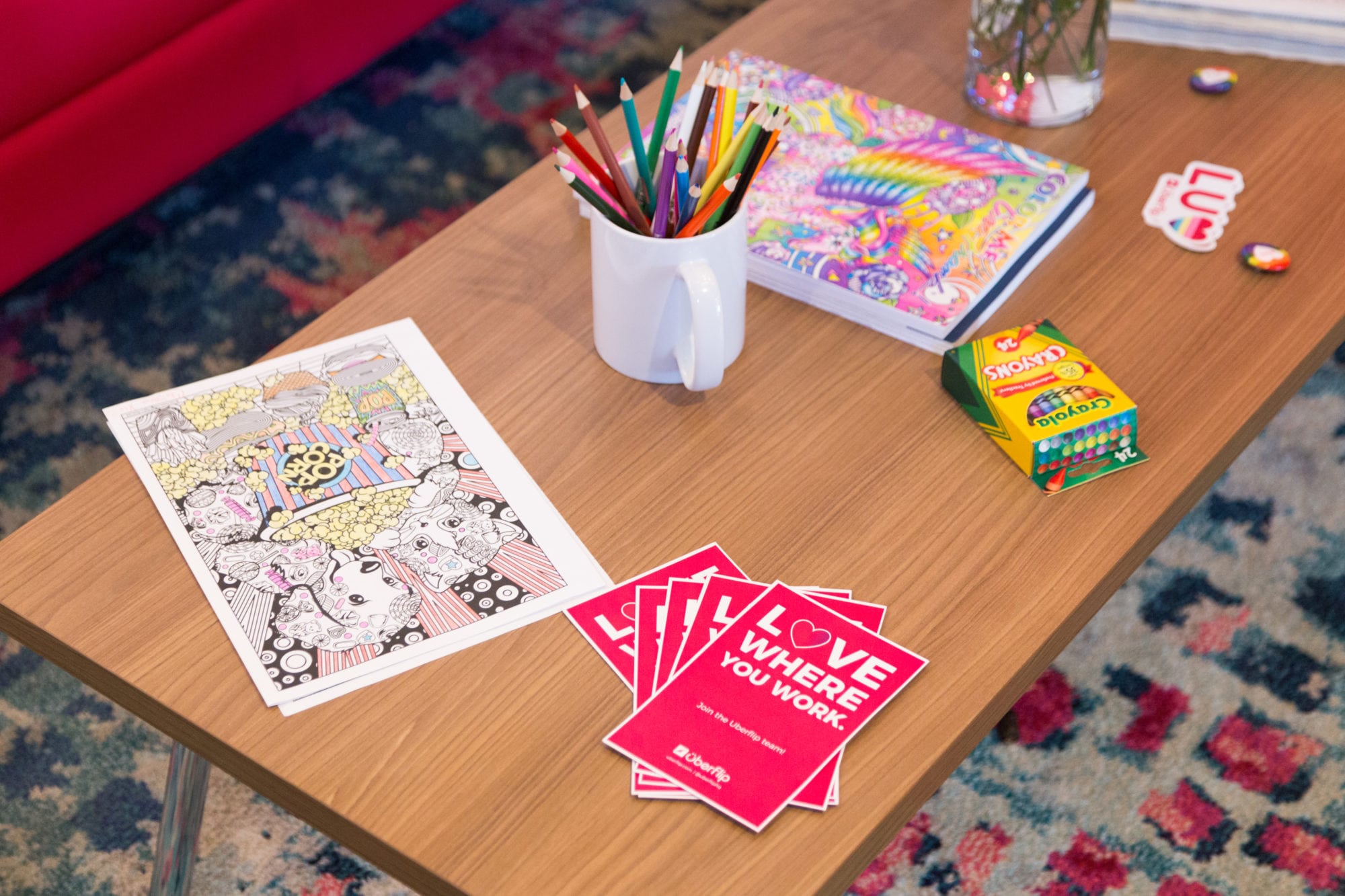 And the bathrooms are all-gender: 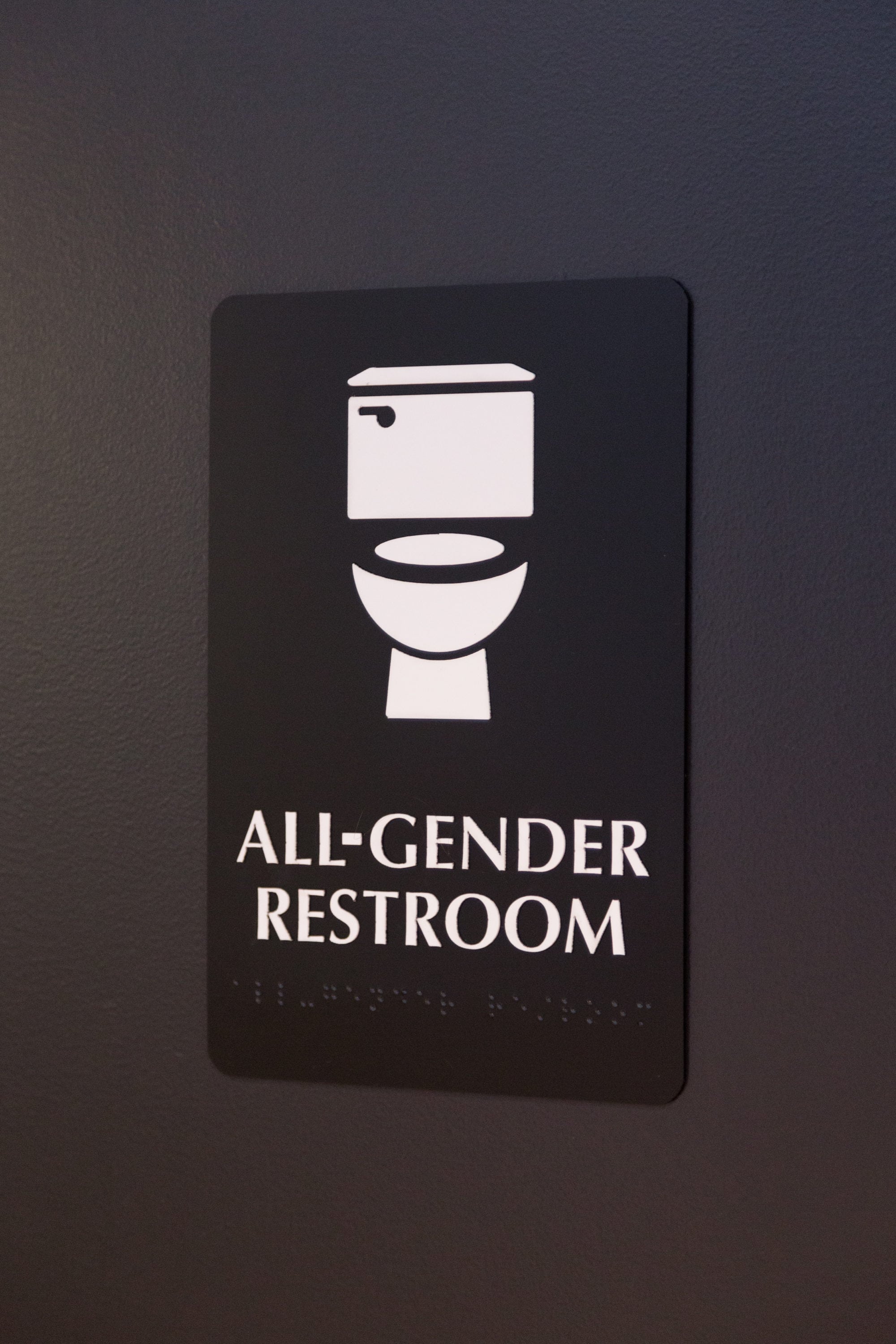 The work spaces are organized according to functional group: 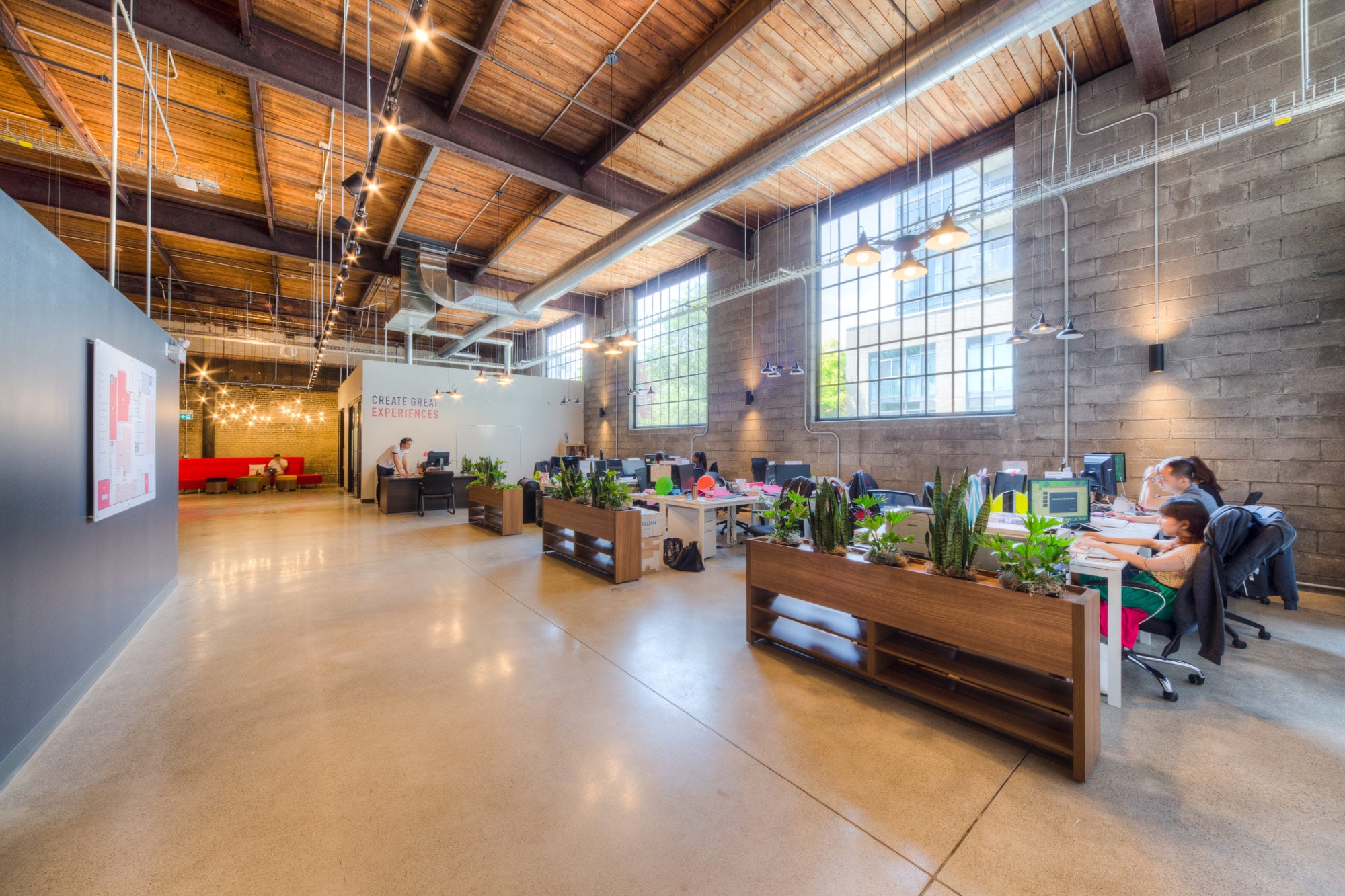 The sales team occupies the largest space, since they’re the fastest growing department. The office can accommodate 100 additional staff: 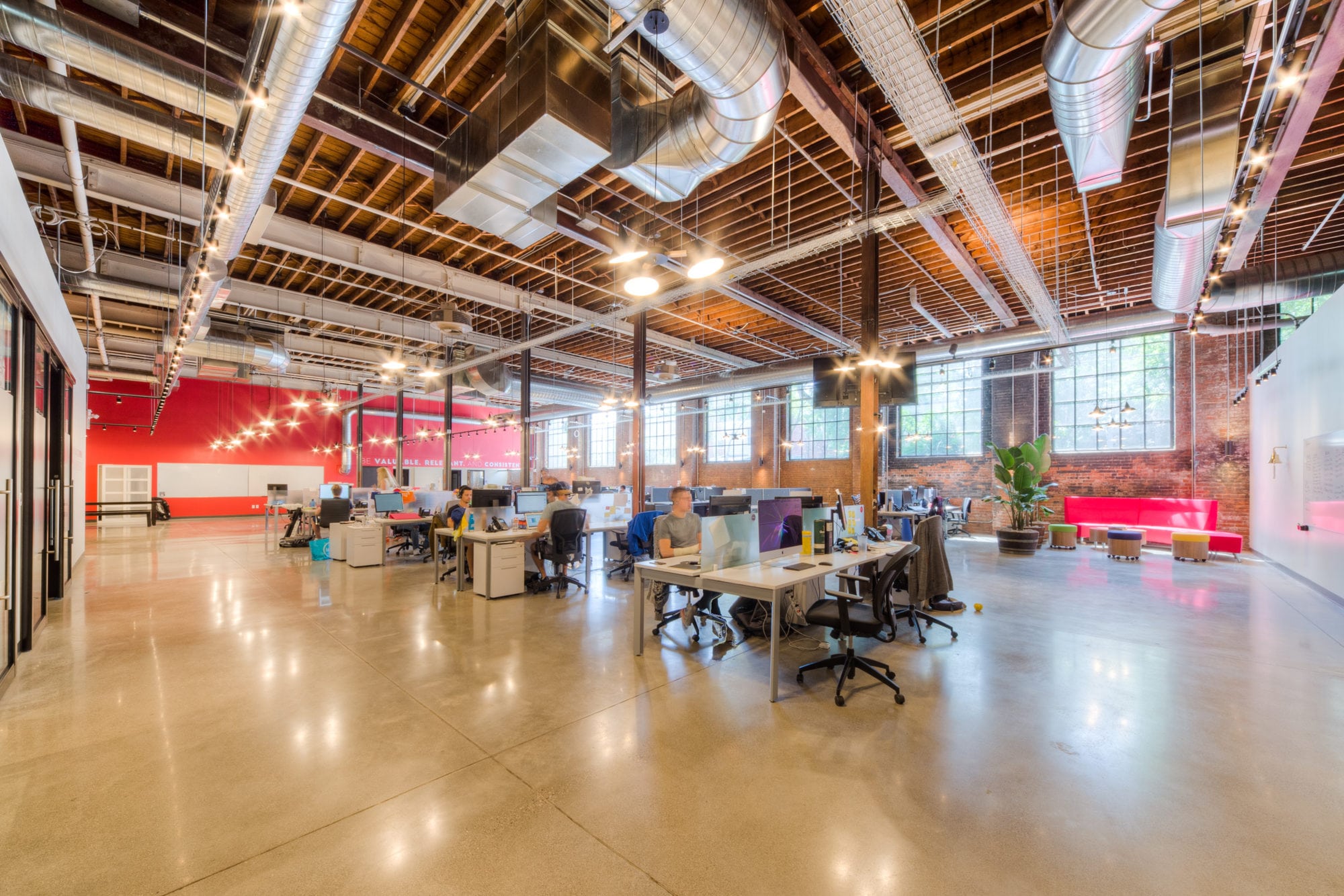 More of that sweet, sweet space: 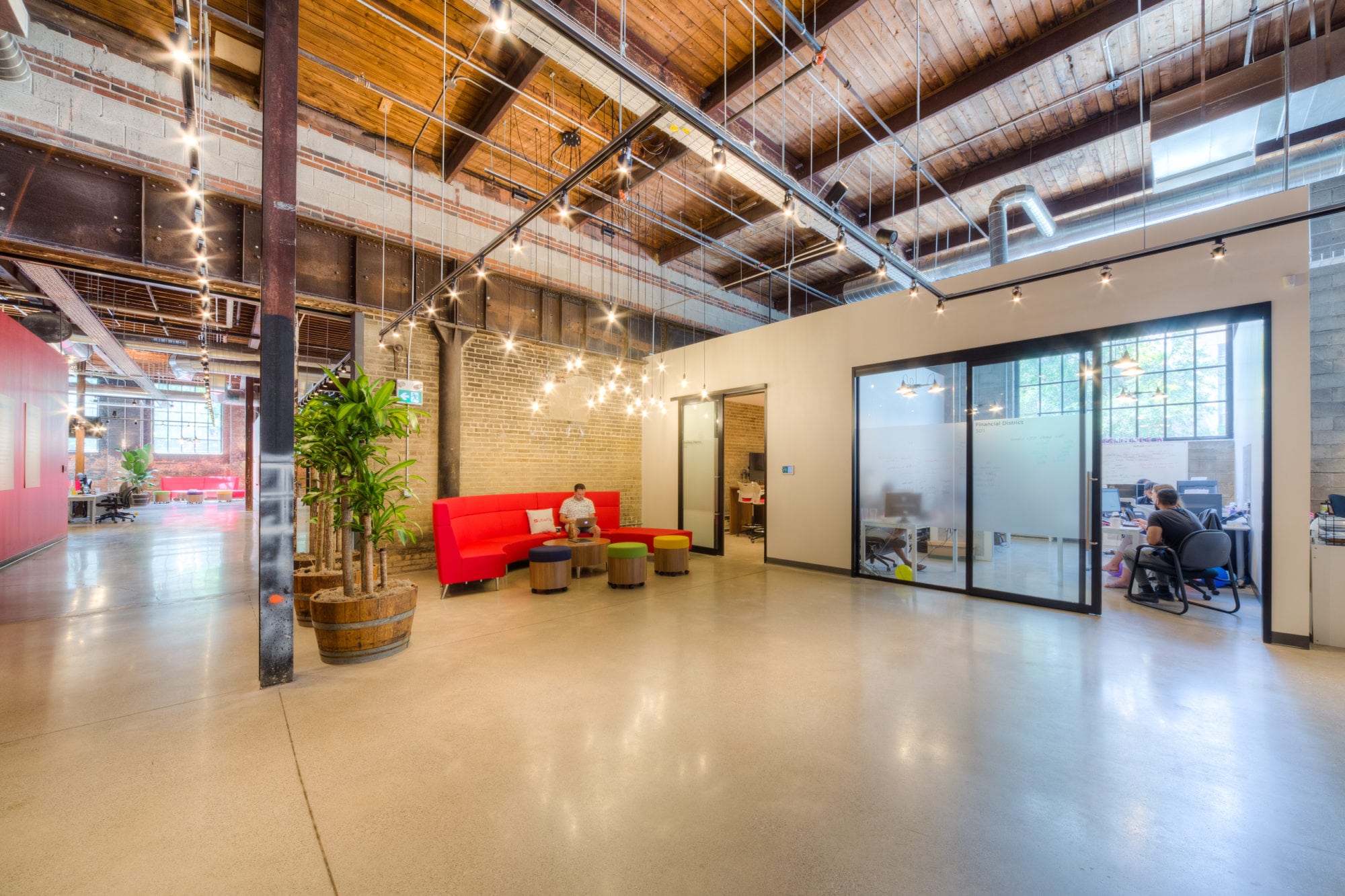 The kitchen is the social hub of the office and is always stocked with wine, beer, coffee, tea and healthy snacks, like granola and fresh fruit: 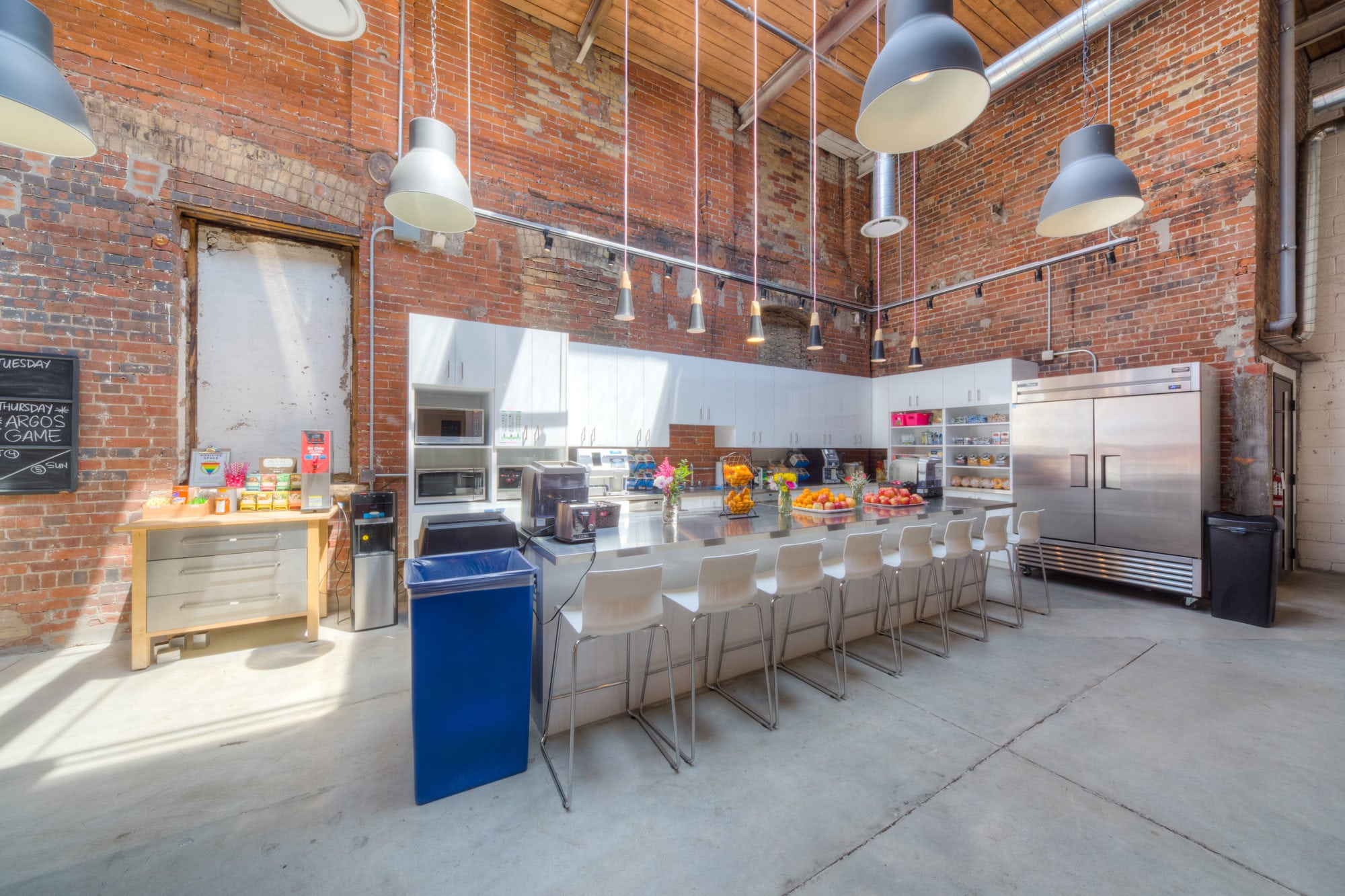 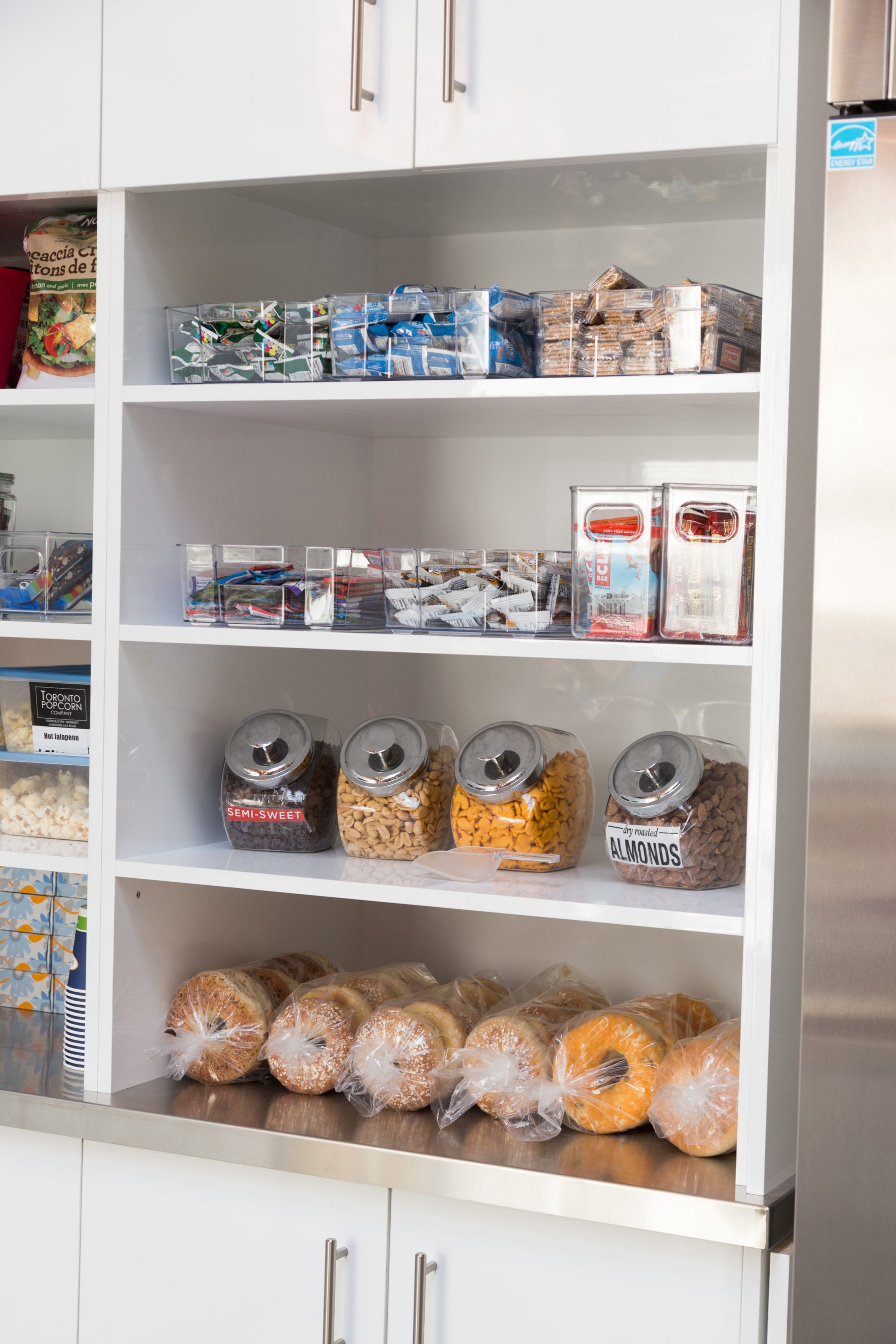 There’s also a massive seating area where staff can sit together on lunch breaks. The barn doors were crafted by Schwartz’s father and have moved from office to office over the years: 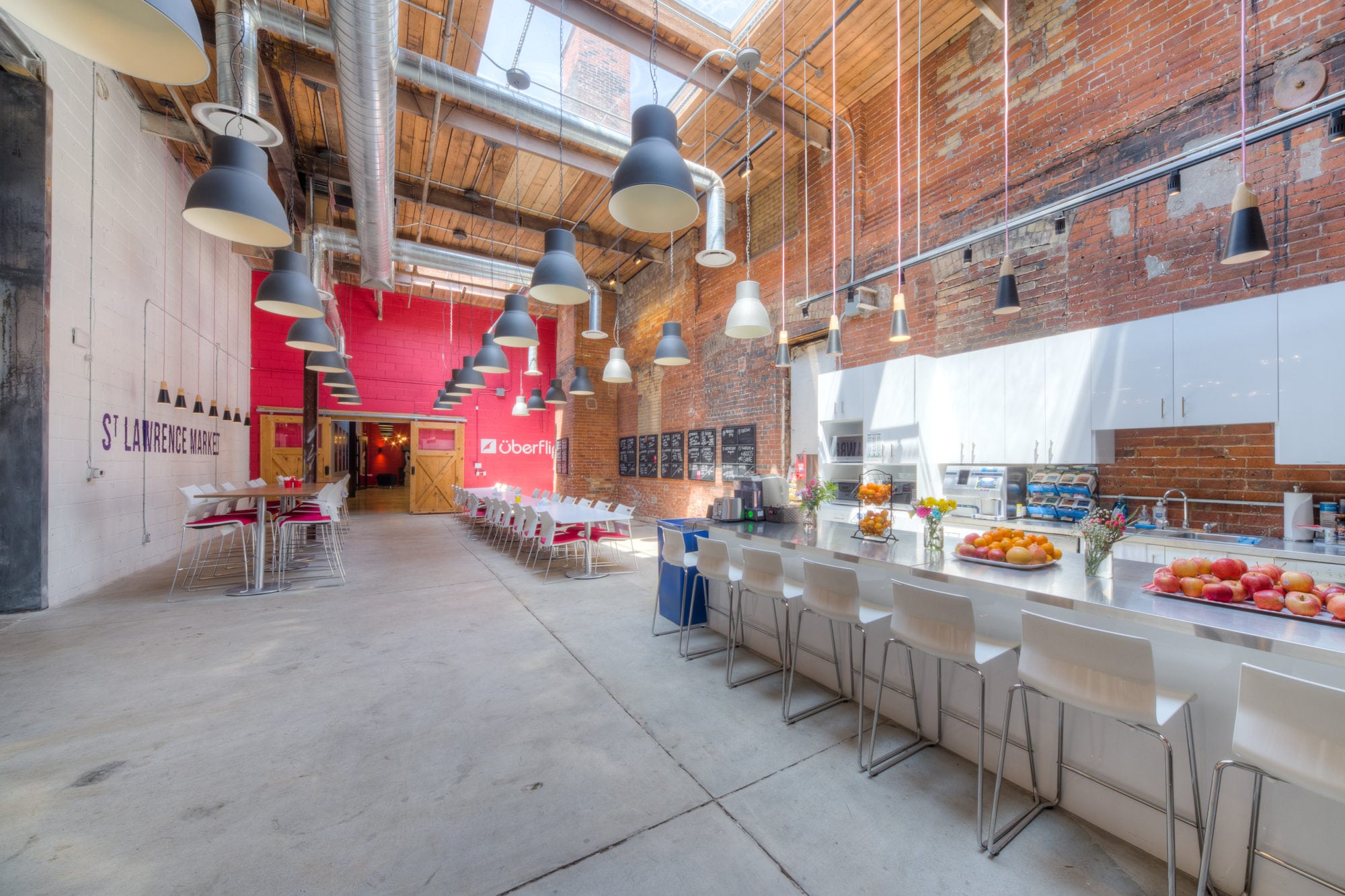 The staff were very involved in the design of the new space. One major request was to build an in-house gym: 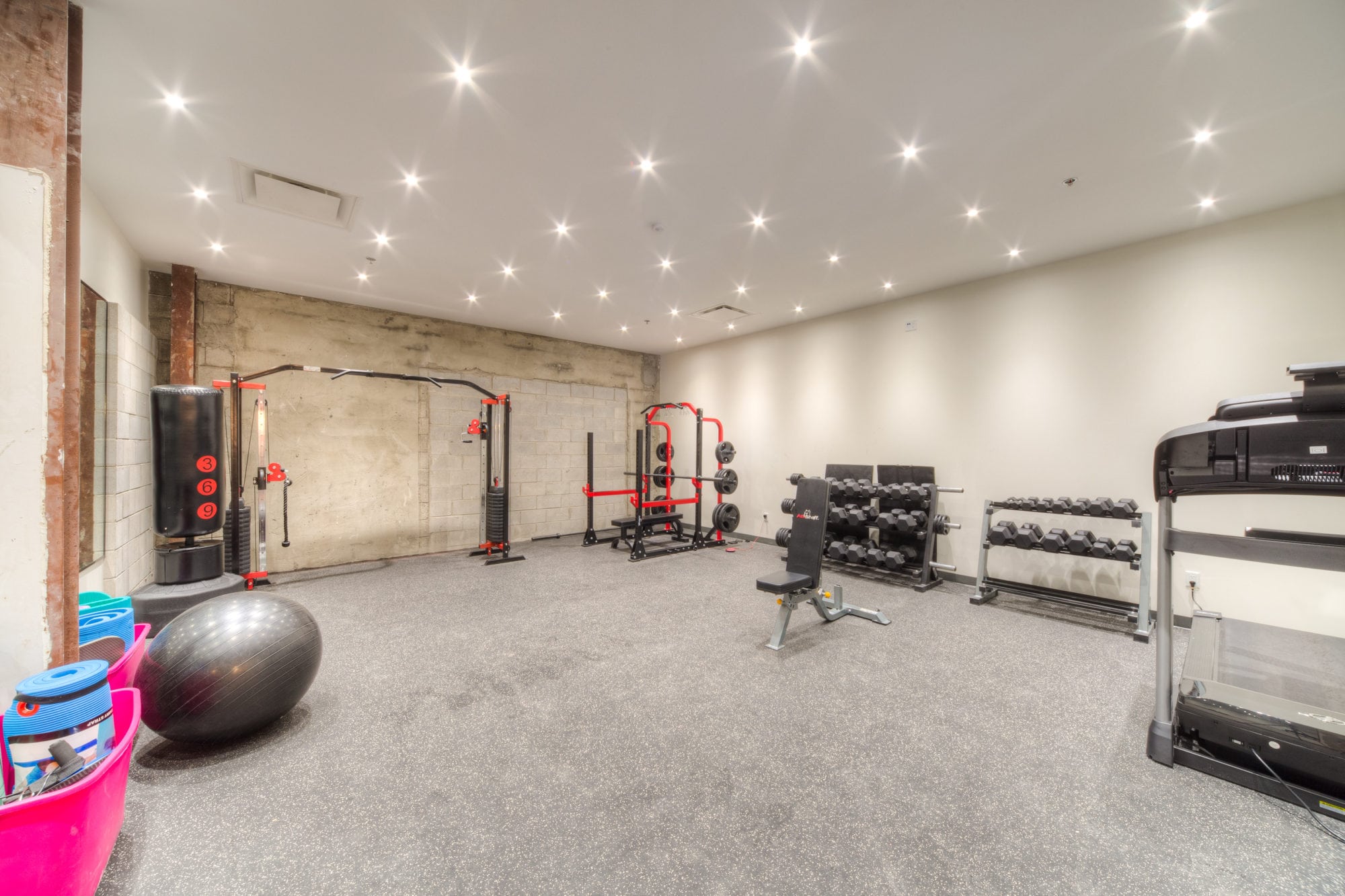 There’s another games room featuring ping pong tables and stacks of board games (another staff request). Conex is the name of Uberflip’s huge annual conference: 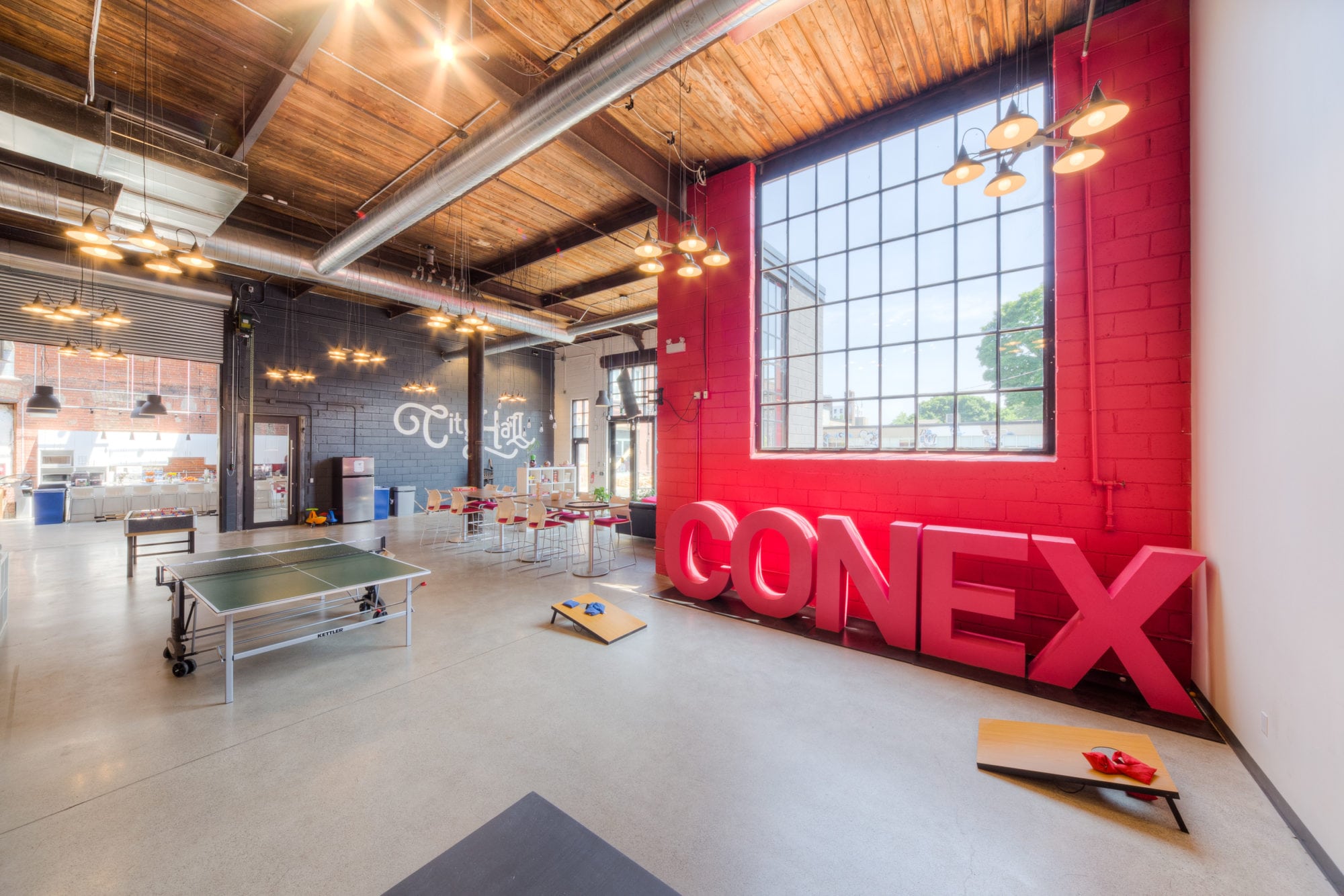 Spaces around the office are named after areas and neighbourhoods in Toronto: 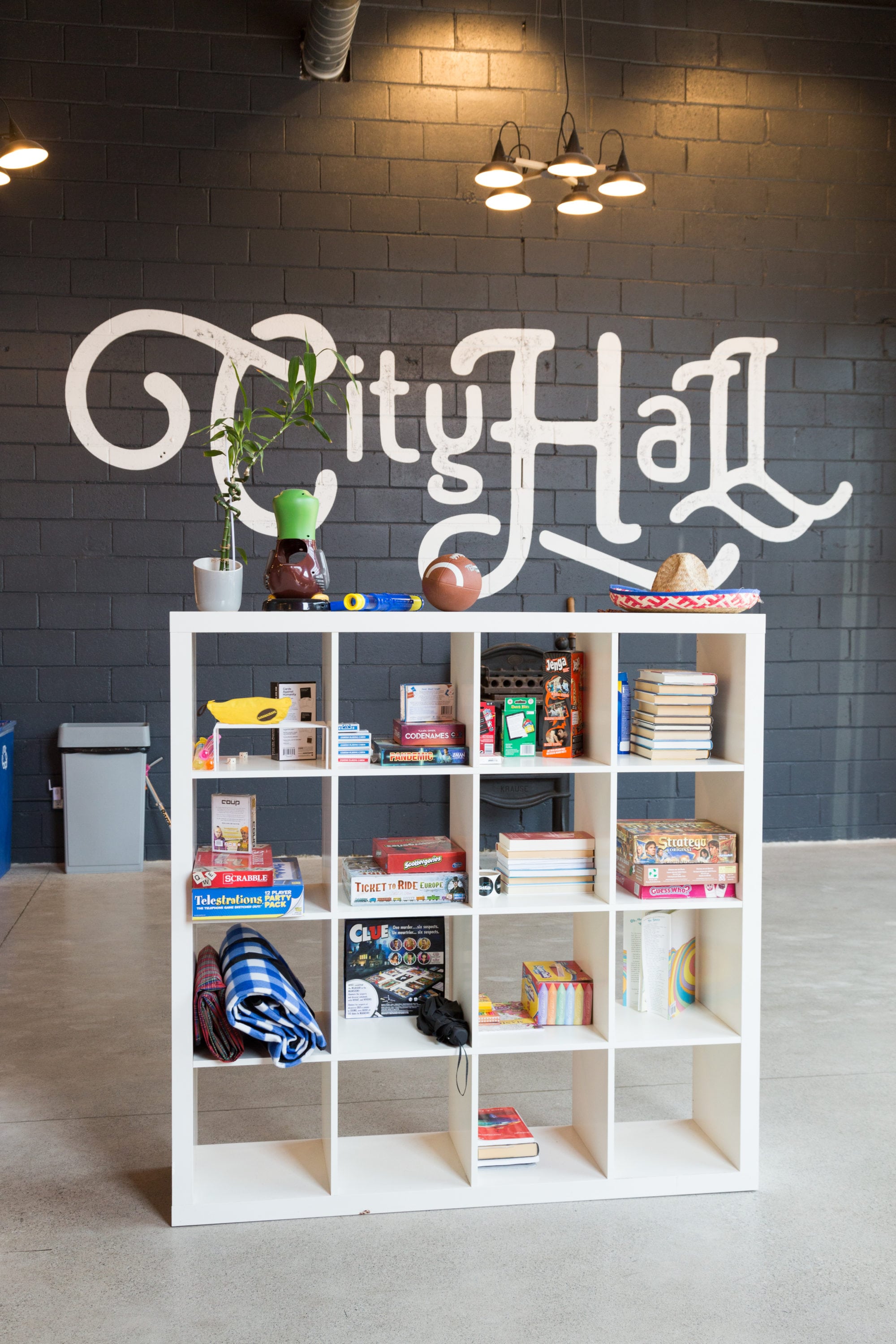 And what games room would be complete without a fully stocked beer fridge? 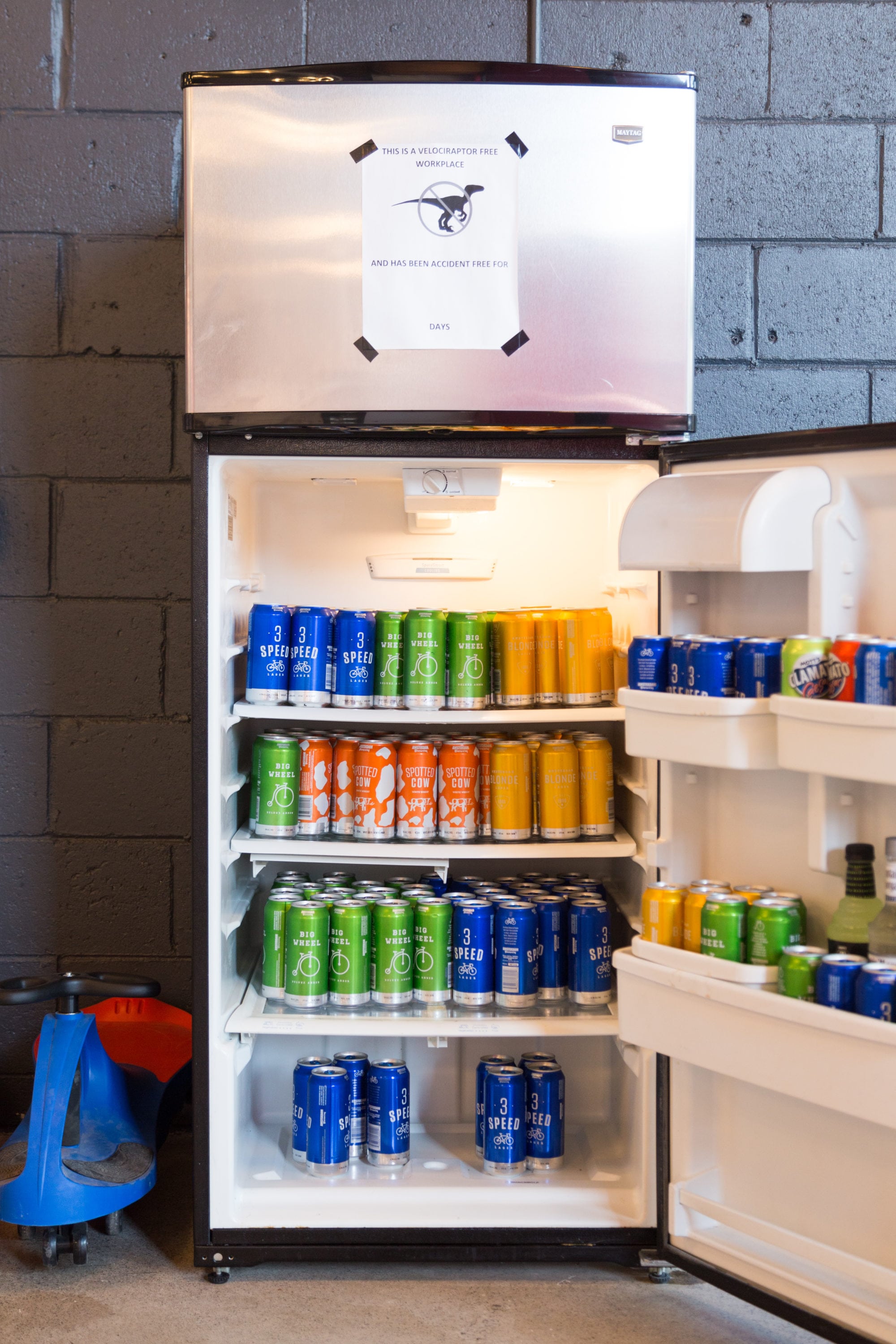 Oh, and there’s a recently completed patio for al fresco meetings or lunches: 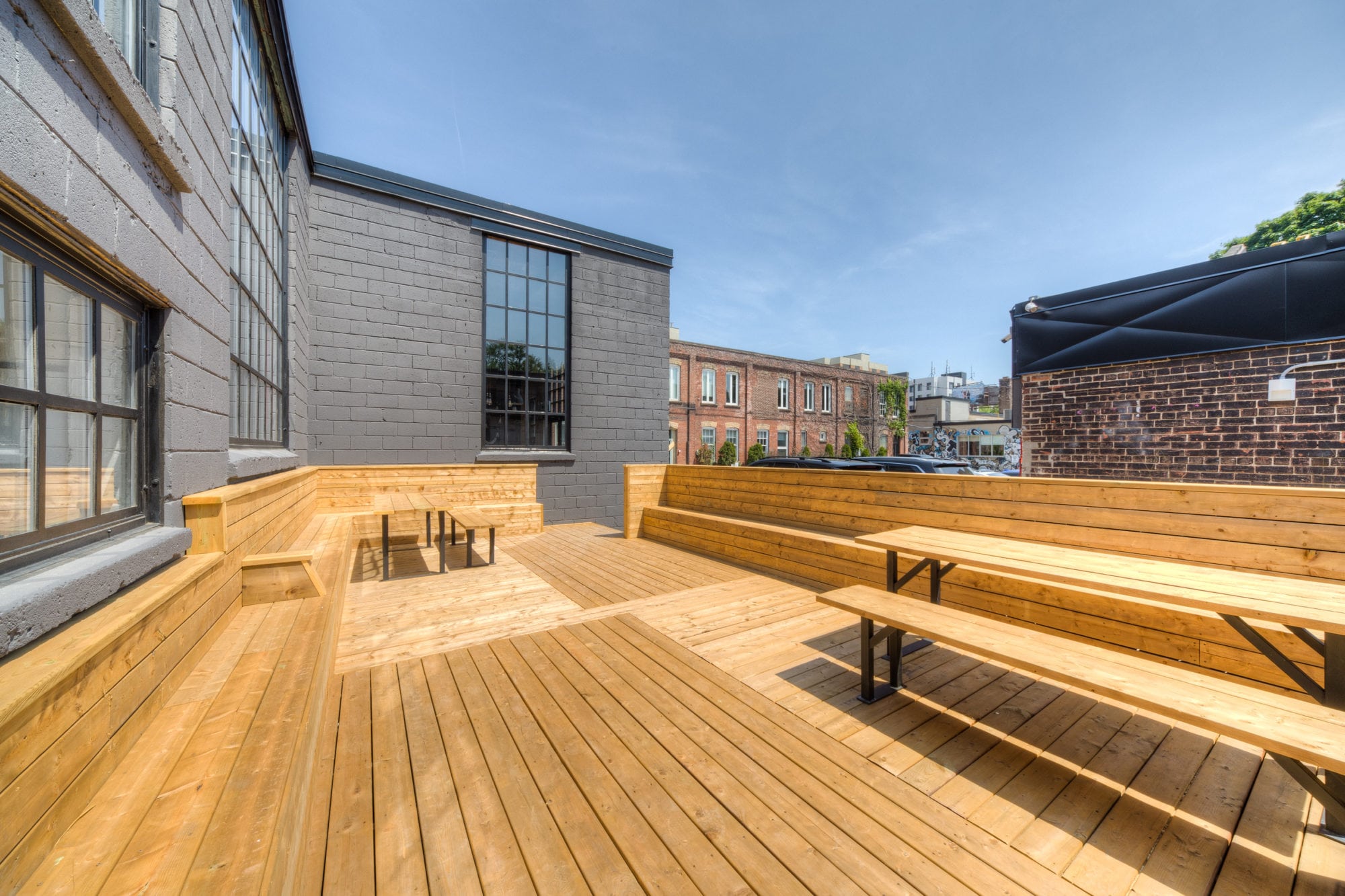