TOT the Cat Café, which opened its doors two weeks ago near the corner of College and Spadina, is the first coffee shop in Toronto to offer patrons quality time with (mostly) willing kitties, in addition to the usual lattes and slices of cake. Co-owners Kenneth Chai and Scott Tan say getting the doors open was a long process, partly because of time spent dealing with the city’s licensing bureaucrats, who were understandably nonplussed by the regulatory issues raised by a business that combines foodservice with furry animals. Here, a look at the space and its feline residents—all of whom are adoptable, by the way. 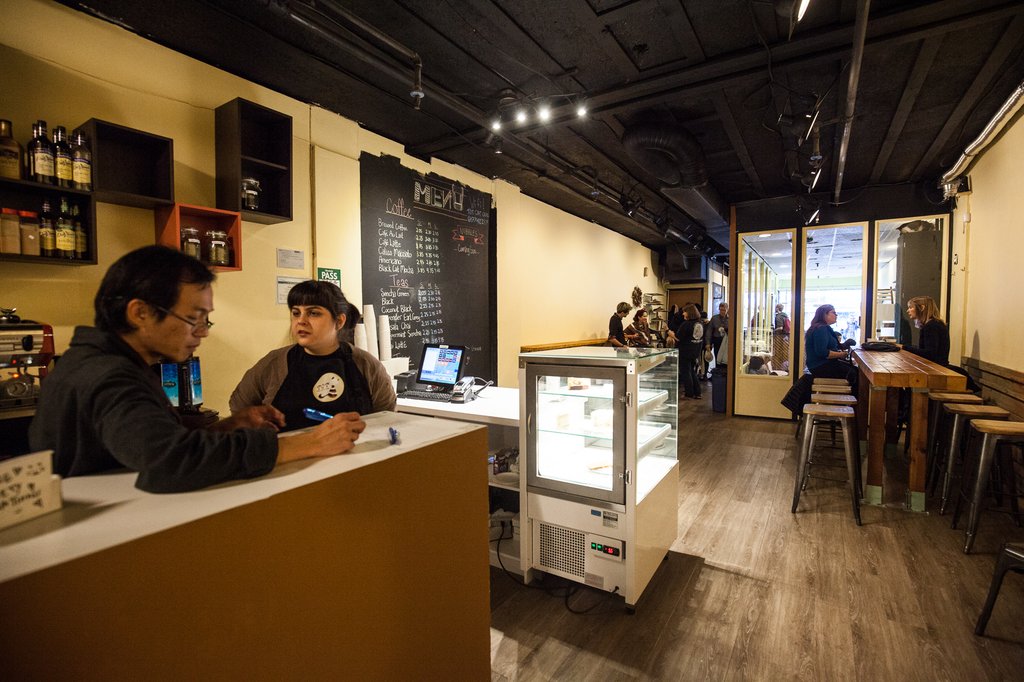 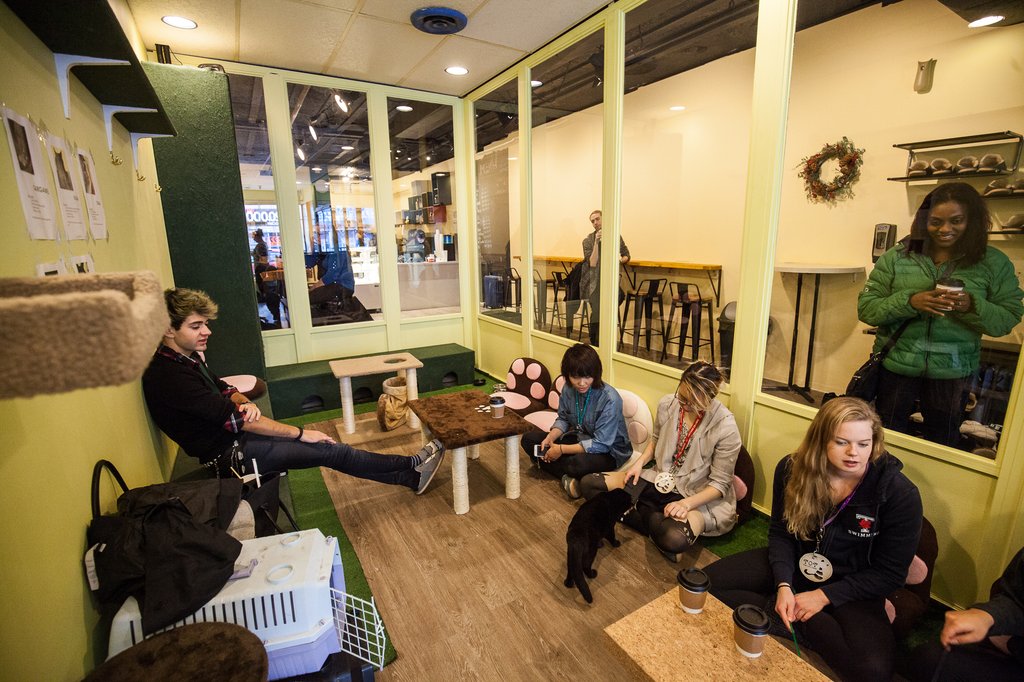 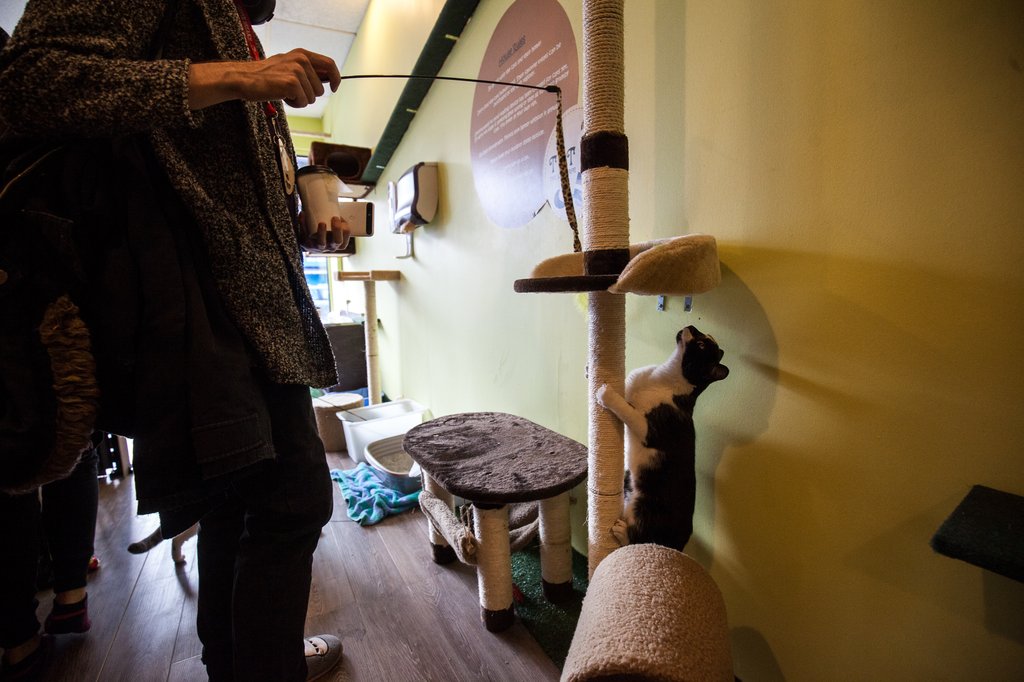 And now, the stars of the show, four of the café’s resident cuddlers (and a bit about each one).

Tiana
Domestic shorthair mix, 1
While this calico cutie isn’t shy, her favourite thing to do is people-watch from whatever high vantage point she can find.

Finch
Domestic shorthair mix, 8 months
Finch likes it if you pet her on the head (when she’s in a good mood). What she’s missing in ear (just a small chunk from the right one) she makes up for in character.

Kalvin
Domestic medium-lenth hair mix, 6
Kalvin is a sleepy fella and isn’t perturbed by much. In short, he’s the perfect lap cat.

Tilly
Domestic shorthair mix, 2
Tilly (that’s her on the right) has a crooked head (the result of an ear infection she had as a kitten) and is permanently craning in the cutest manner possible. She’s healthy, and totally happy zig-zagging through feet to chase after feather toys.