Inside Love Child, a new co-working and social space in the old Hoxton building

Inside Love Child, a new co-working and social space in the old Hoxton building 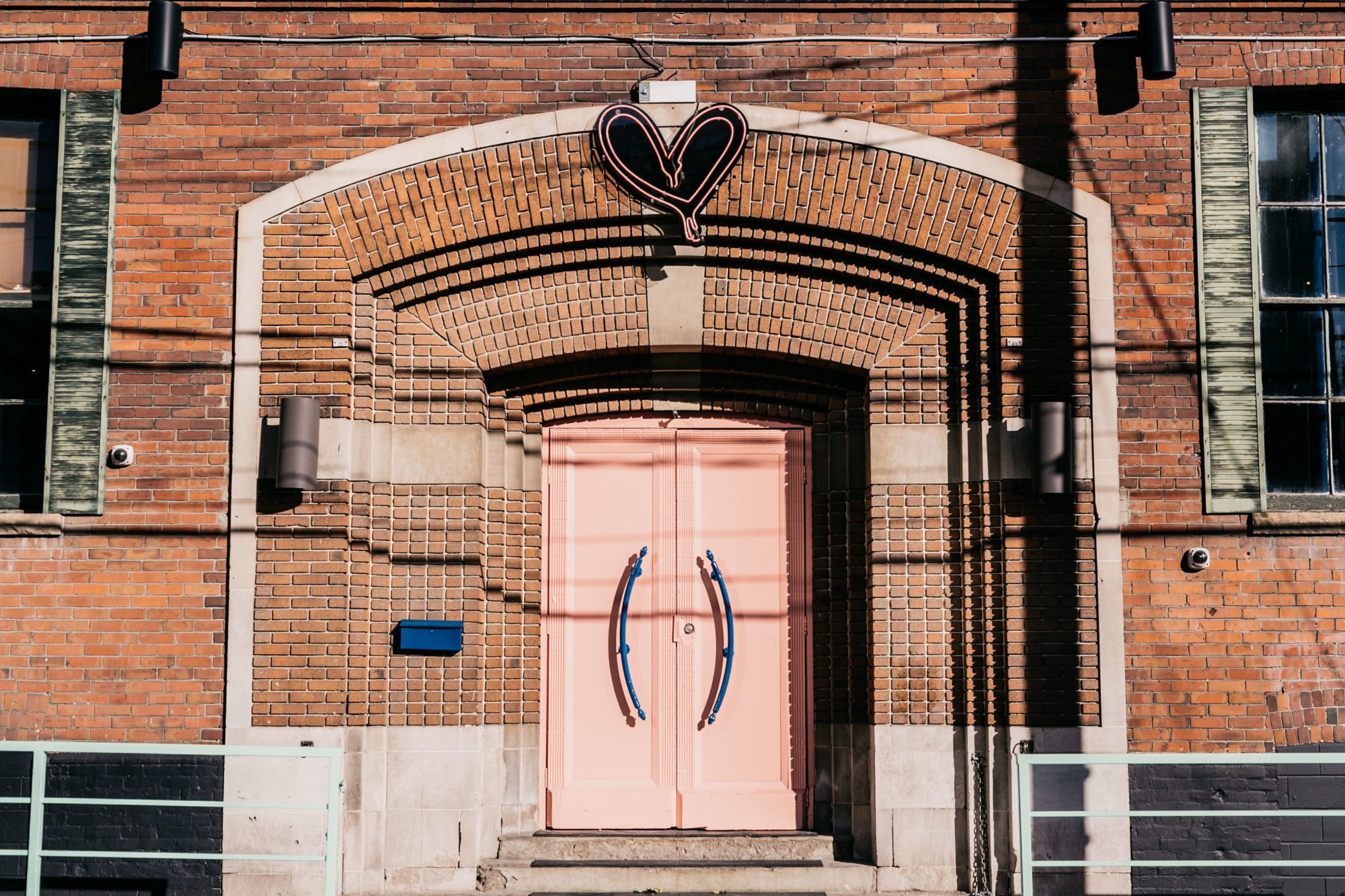 Last year, ad exec and restaurateur Dan Gunam and his partner, Sacha ElWakeel, launched the King West health food joint Calii Love. In September, their landlord approached them about opening a club in the former Hoxton space. They hated the club idea, but realized the industrial, open-concept space would be perfect for Love Child, a work-slash-play concept they’d been dreaming up. “We wanted it to be the opposite of the Hoxton,” says Gunam, referring to the former club’s reputation for hosting rowdy bottle service nights. They hired Lisa Ho Studio to create the hyper-feminine design, with pastel pink walls, velvet vintage couches and heart-shaped art pieces. The aesthetic matches their cheery motto: “Do what you love and love what you do.”

The pair also wanted the space to be an alternative to pretentious members-only clubs. At Love Child, there’s no dress code, friends are allowed and day passes are available for anyone who can’t commit to a monthly membership. In the evenings, there’s a rotating schedule of social events, including bingo and wellness Wednesdays and live music Fridays (events are open to the public after members get first dibs). And if Love Child is anything like their other celeb-approved café, it’s bound to be a stellar star-stalking location, too. The space officially opens this week, and the only remaining features from its Hoxton days are the long refurbished bar and the stage for concerts.

The first thing members see is a rose-hued lobby: 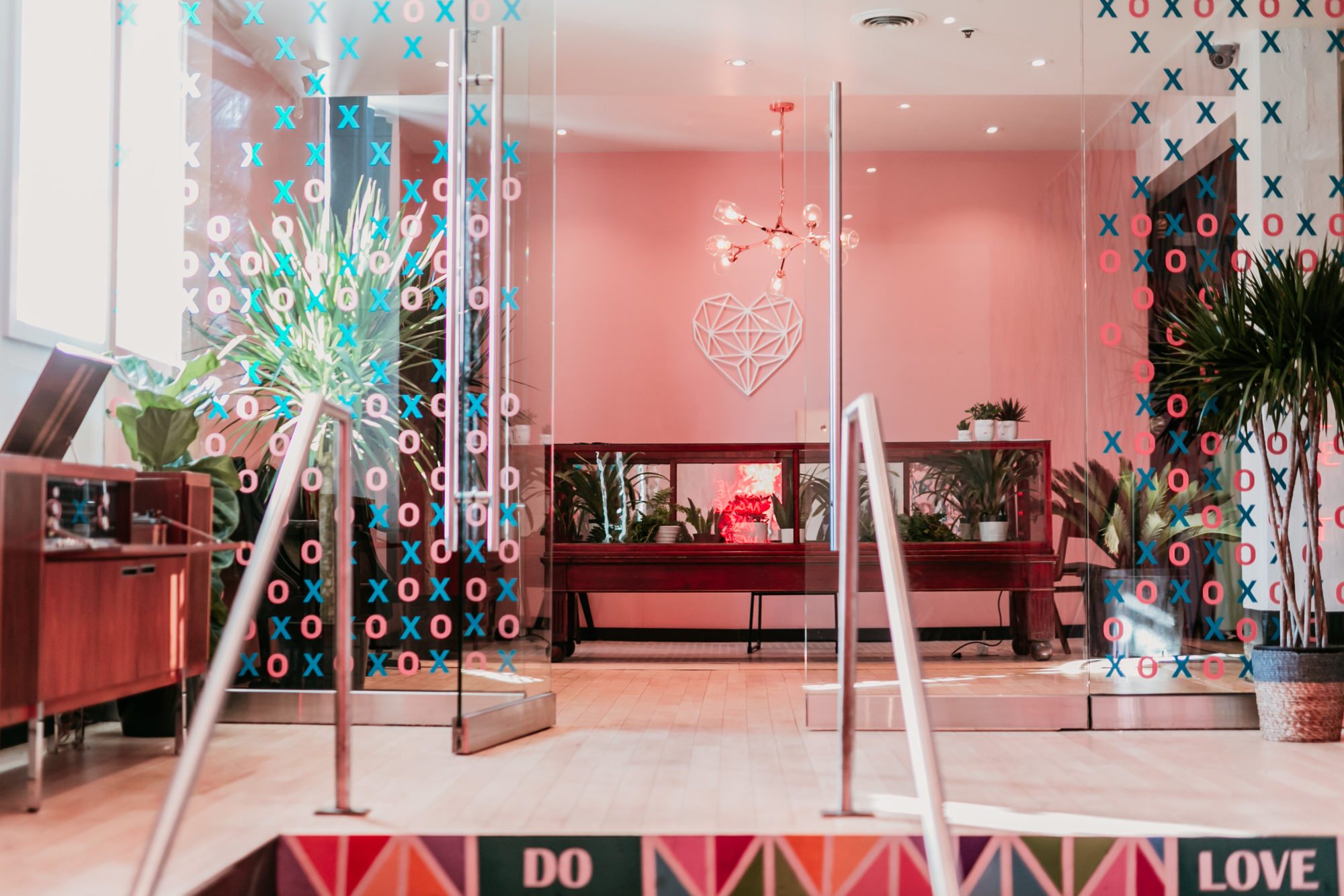 The walls are decorated in a “bleeding hearts” mural by New York–L.A. artist James Goldcrown: 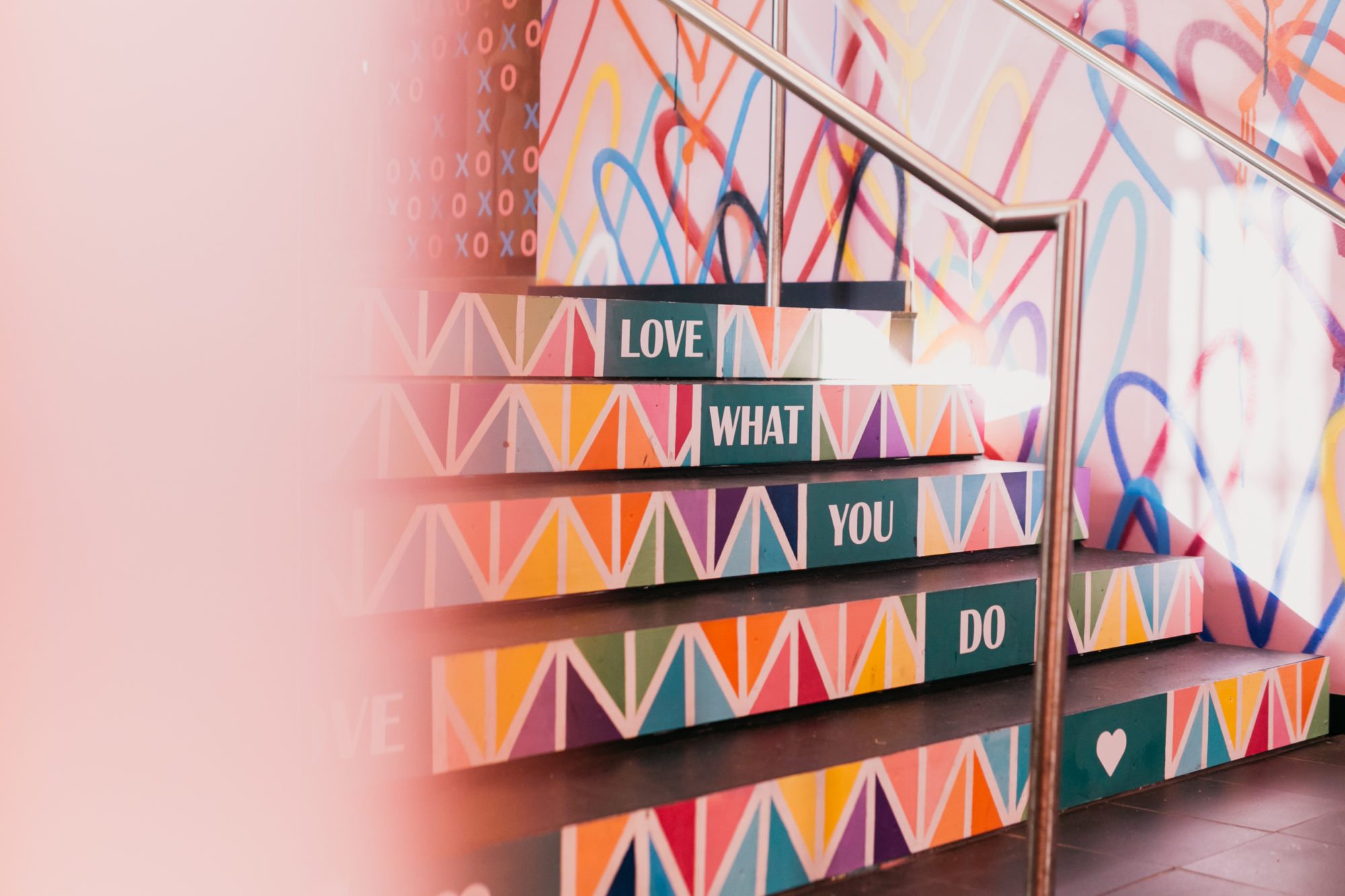 Gunam and ElWakeel kept the original flooring and added a bunch of vintage furniture and light fixtures: 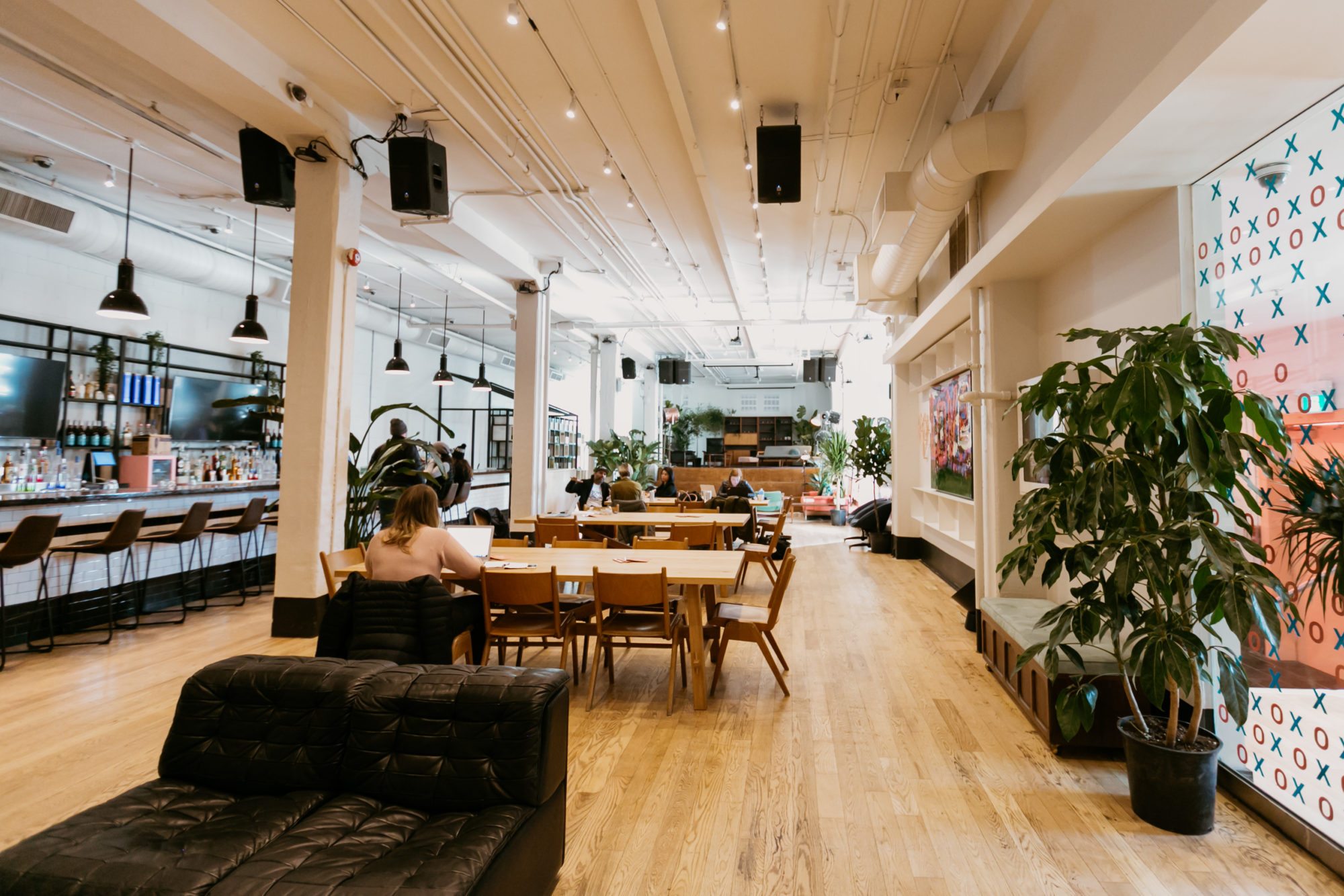 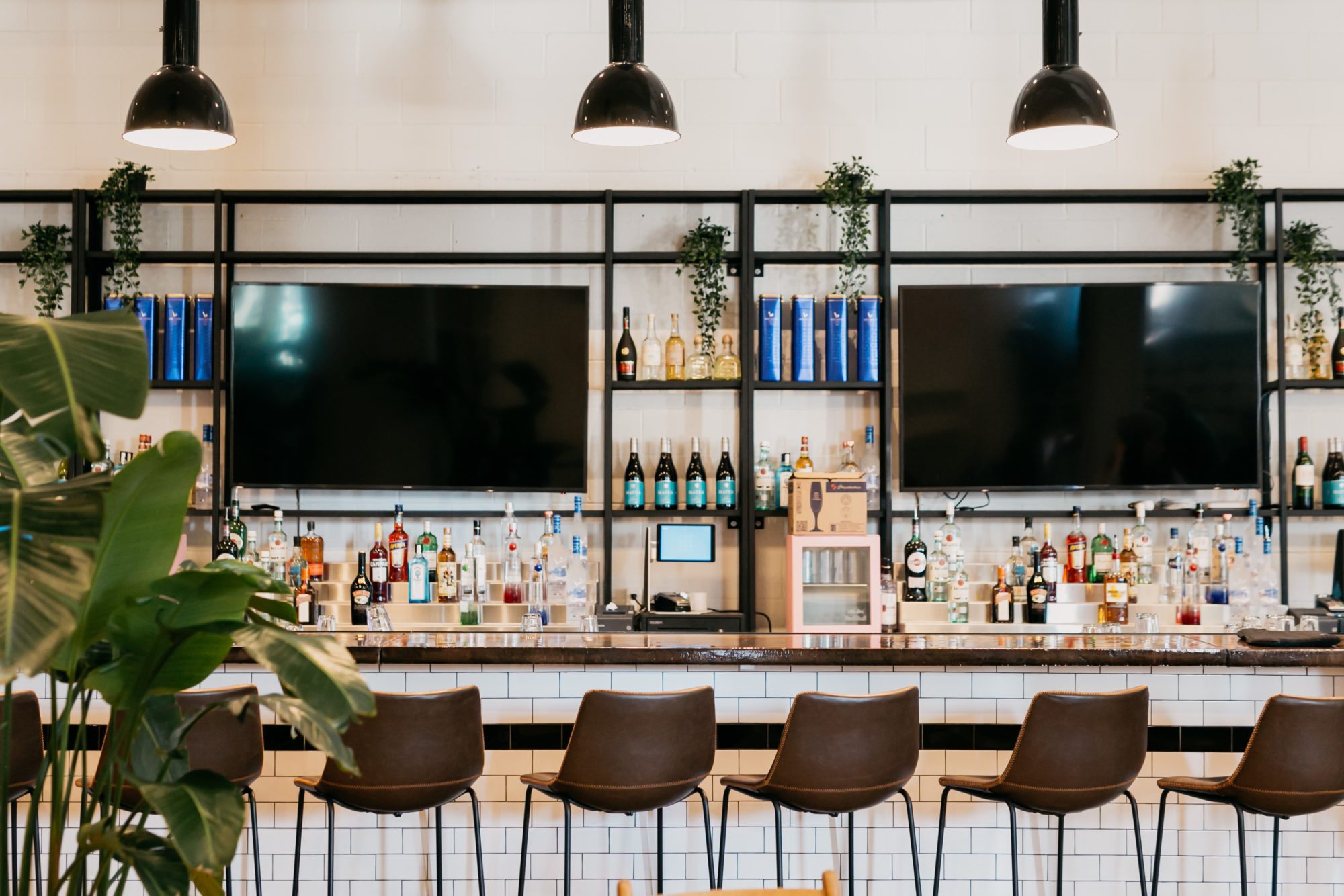 There’s Barocco coffee and espresso, plus a cold-pressed juice bar from Elxr: 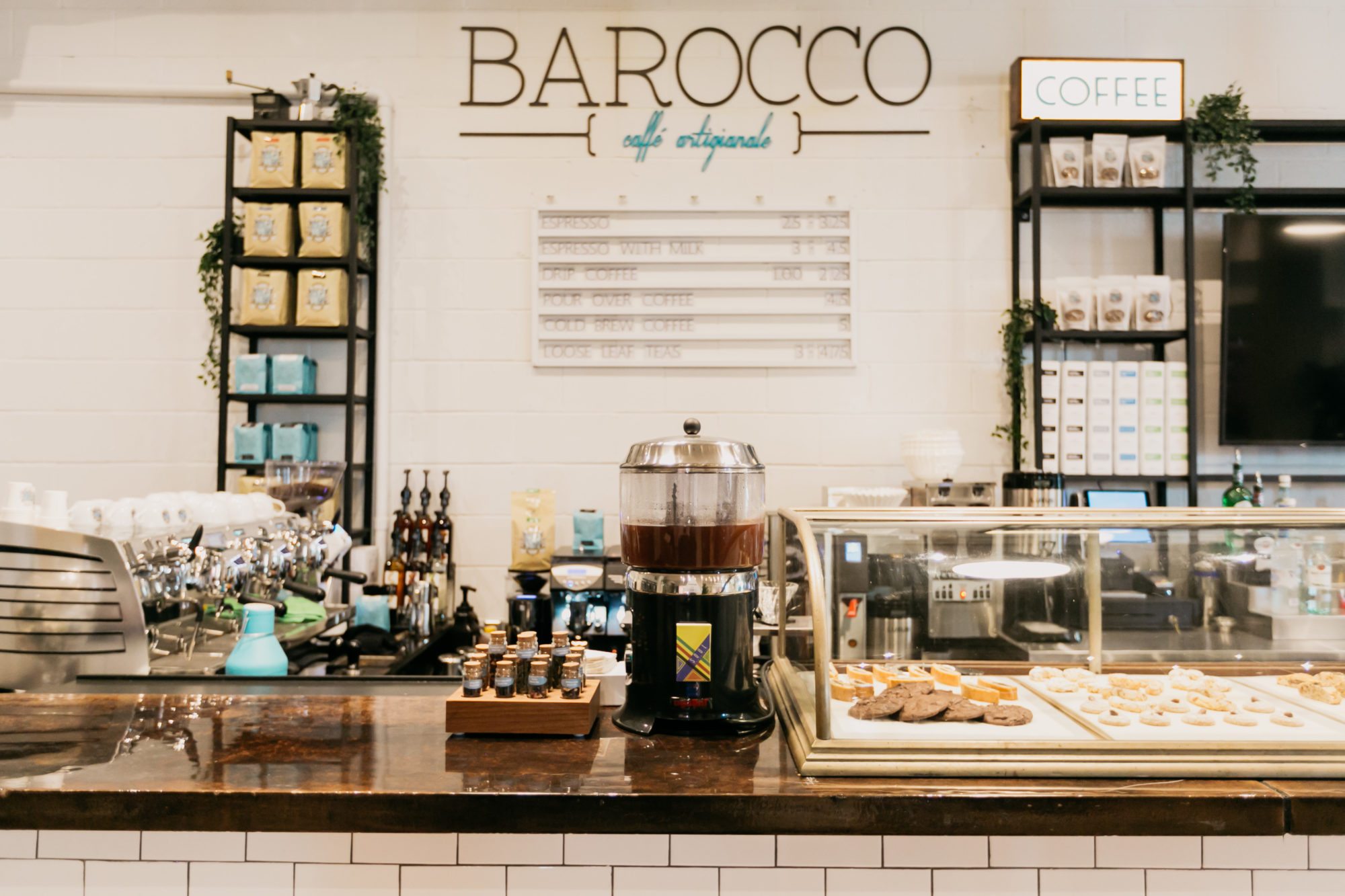 This piece is by Toronto artist Daniel Mazzone: 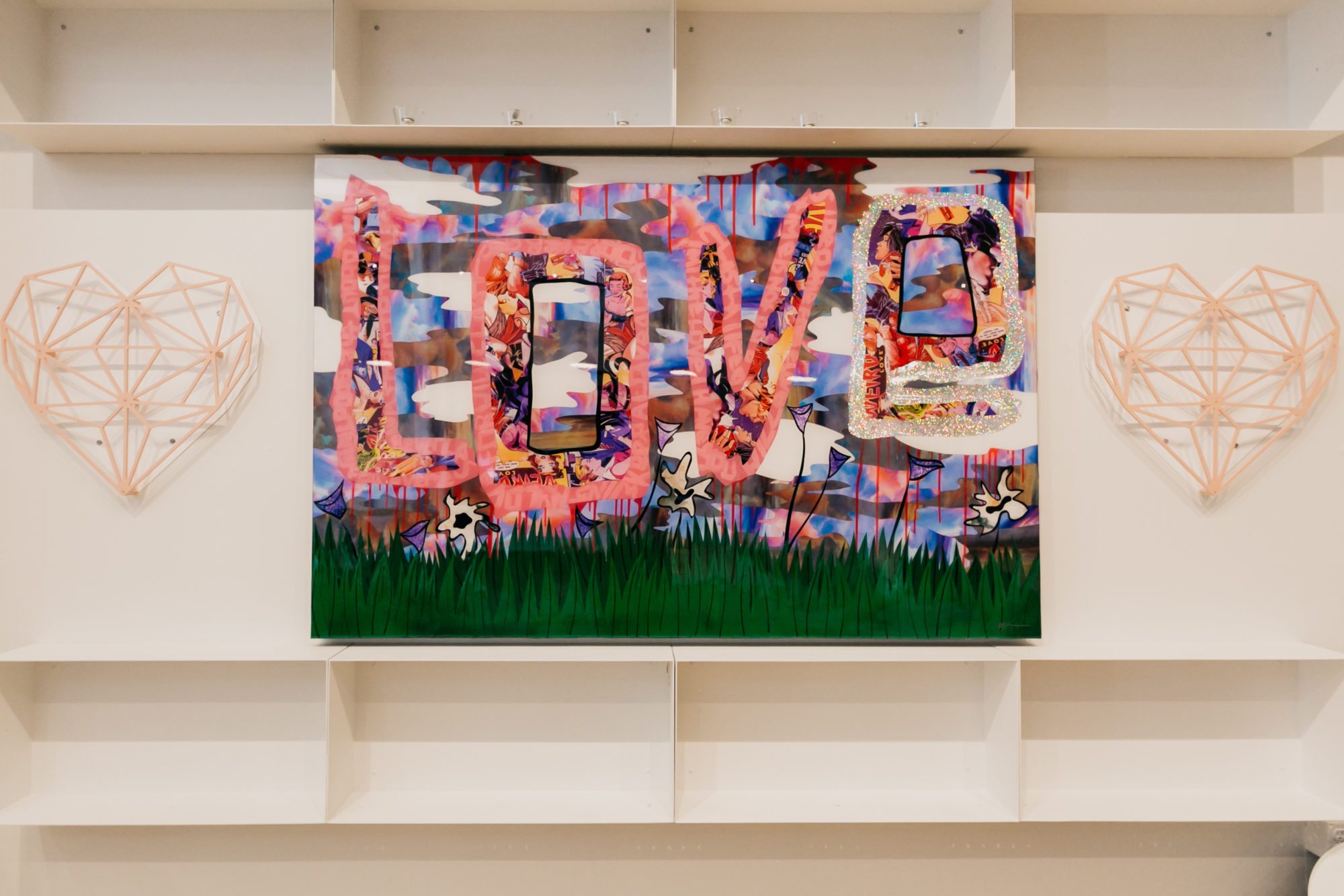 These cozy lounge areas can be booked for meetings: 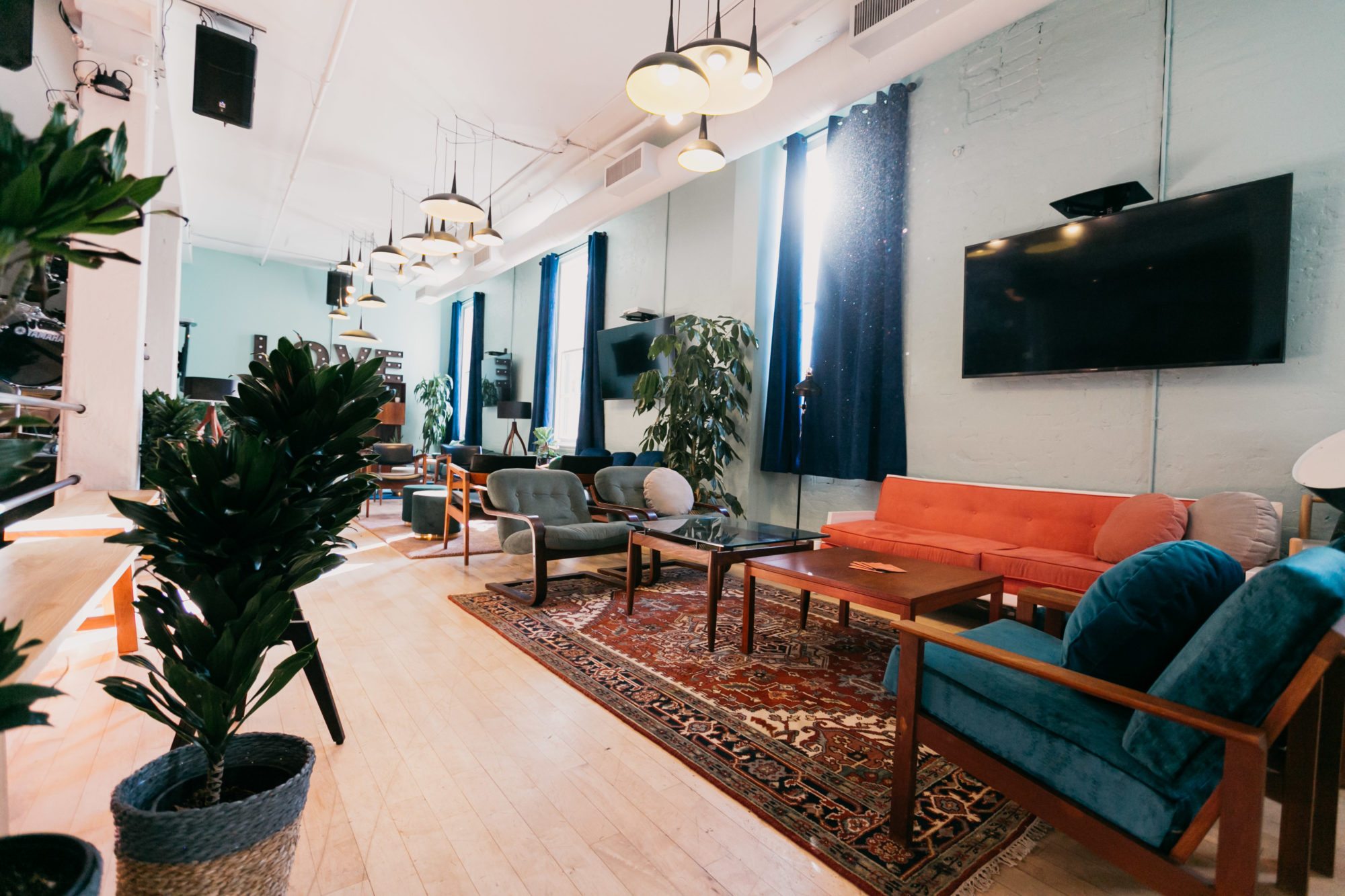 The team flew to Boston to buy most of the furniture from a vintage market. They reupholstered many pieces: 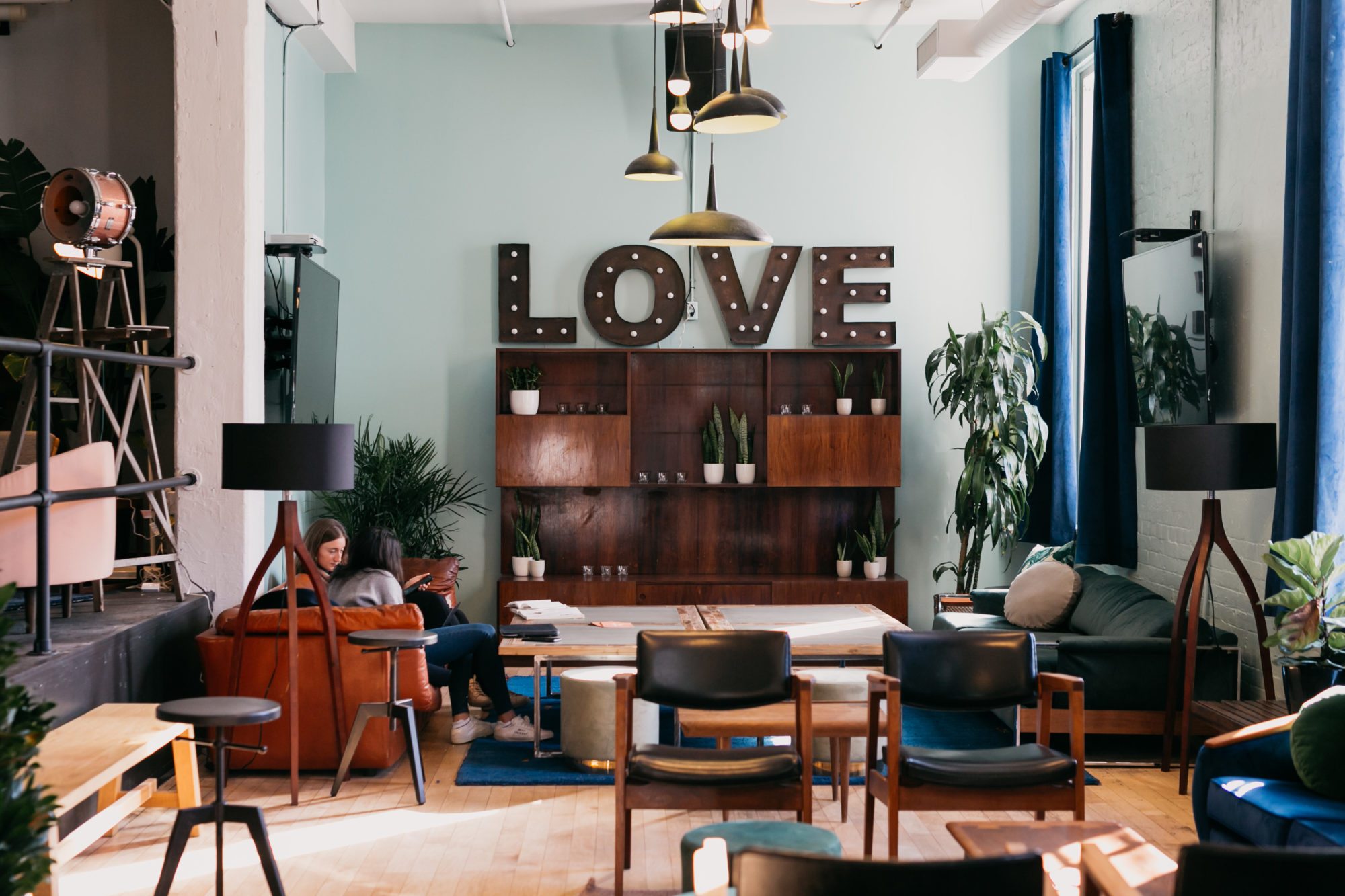 The old Hoxton stage doubles as another working area. All plants were sourced from Sheridan Nurseries: 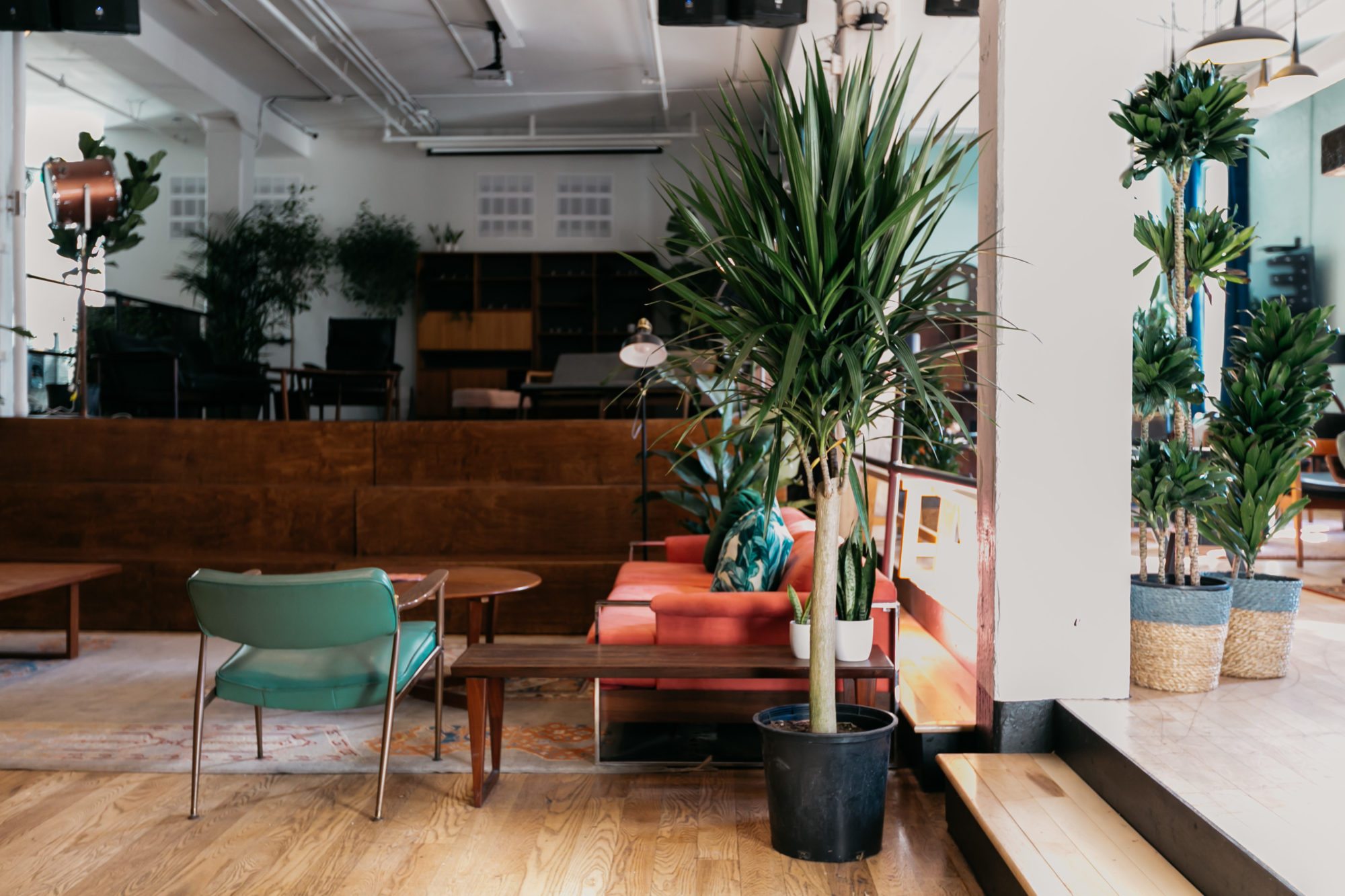 When members need a break, they can play a round of foosball or watch news on one of the many flat-screen TVs (a Nintendo console is also on the way): 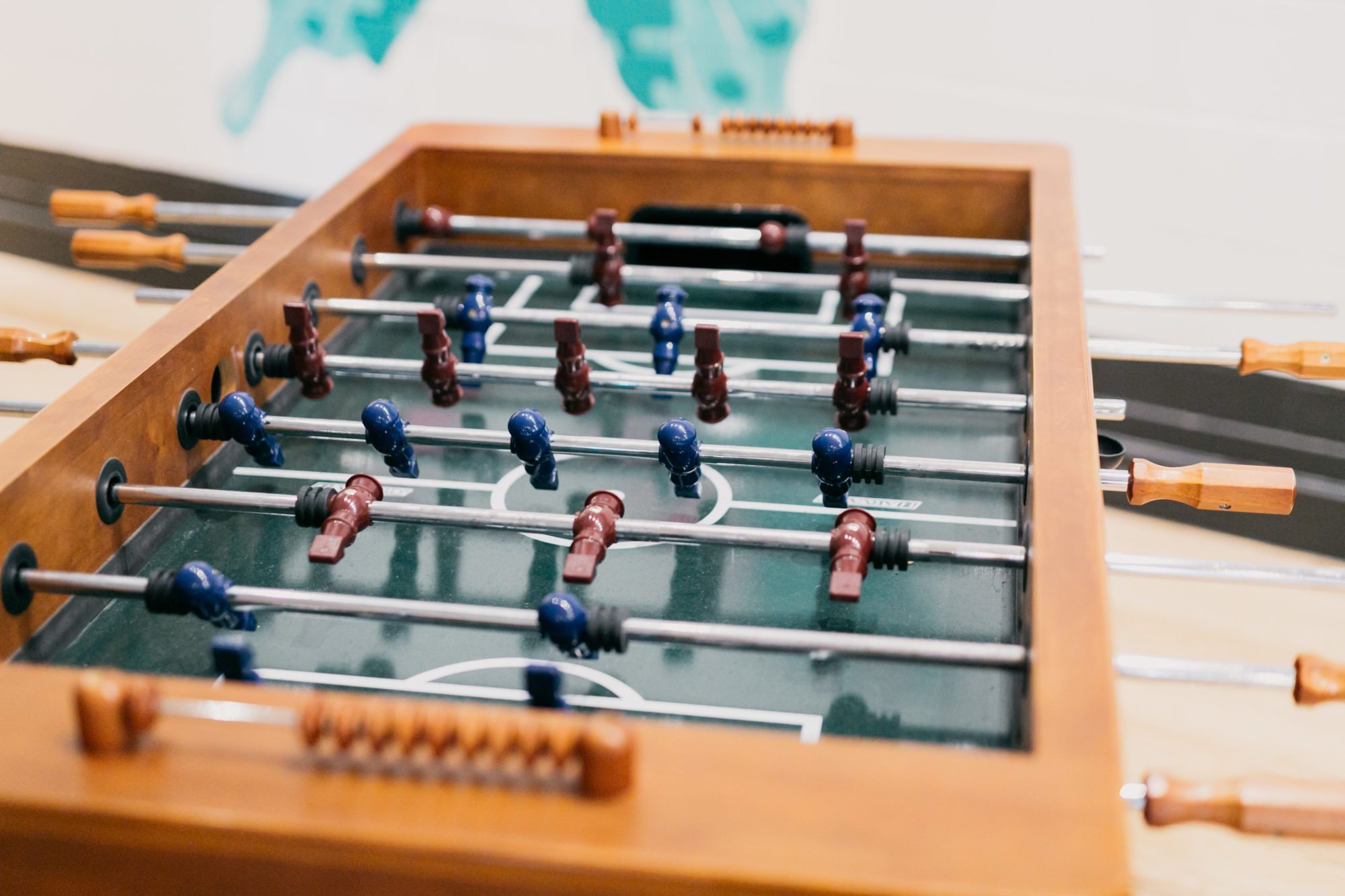 The female bathrooms are bathed in pink light: 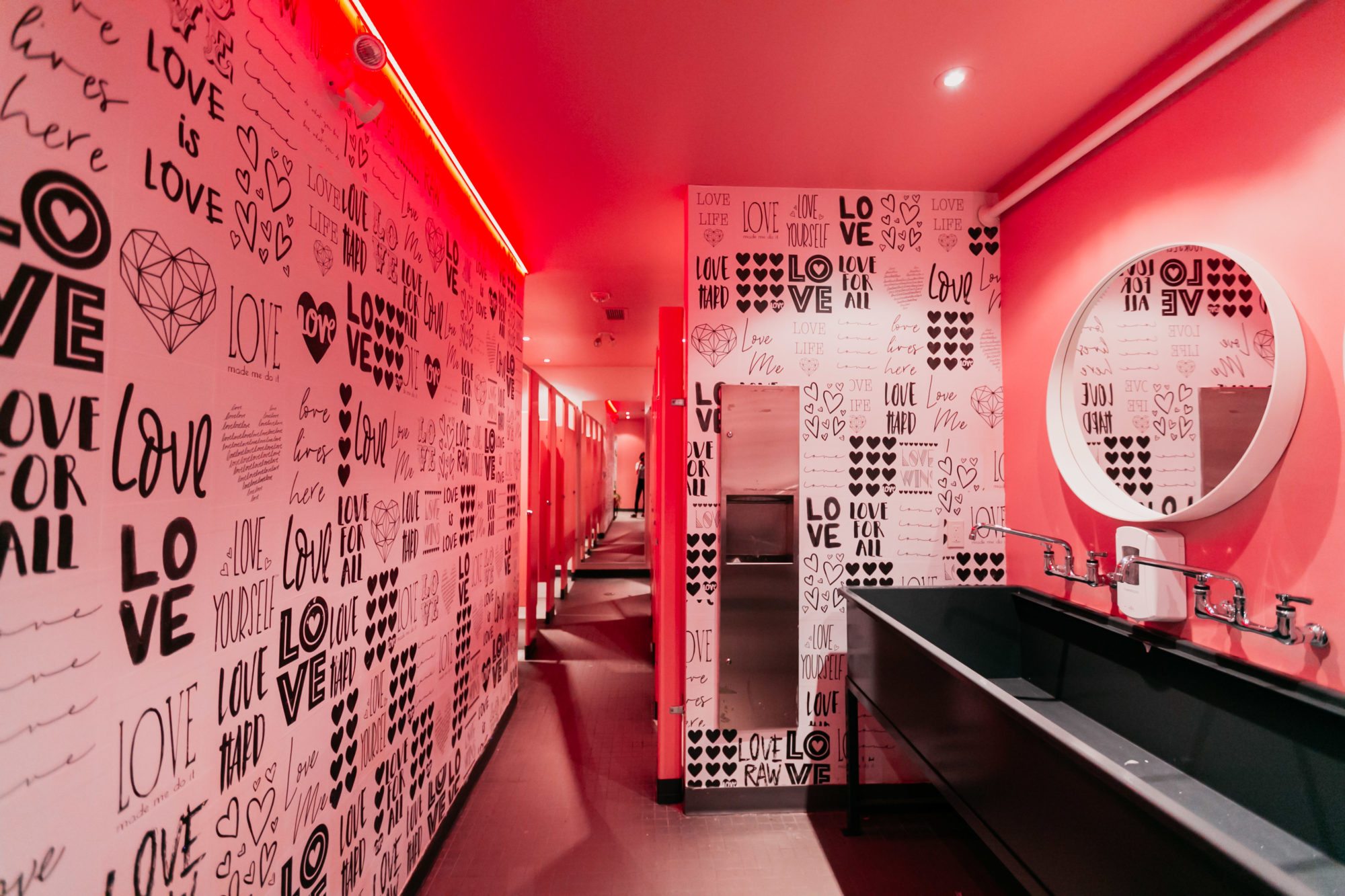