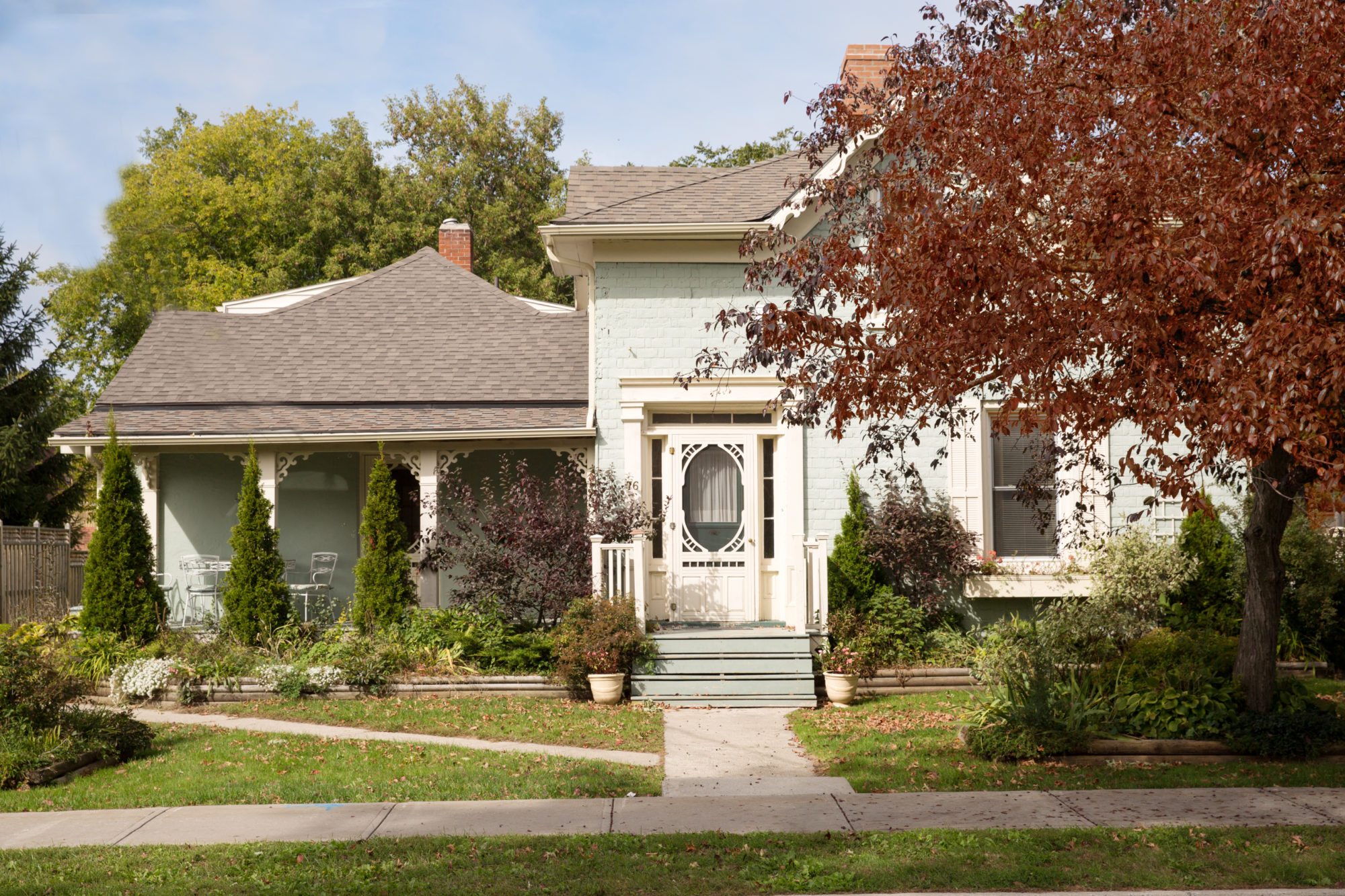 Longtime friends Anna Hardwick and Jaime Kowal have been coming to Prince Edward County with their families since they were kids growing up in Ottawa. Hardwick, an actor, and Kowal, a photographer, both moved to Toronto 17 years ago. During a girls’ weekend in June 2015, while they were staying at the Drake Devonshire, they stumbled upon a quaint cottage from the 1850s that was up for sale—the former home of one of Picton’s founders. They’d already discussed partnering up for a business venture, and whipped up a plan over a bottle of bubbly on the beach. They put an offer in on the Monday and it was theirs soon after. “It was magical how it came together,” says Hardwick.

The house was already running as a bed and breakfast, so they kept it open for the rest of summer. They shut down in October 2015 to pull up the carpets, paint the walls and more. “Everything was just hobbled together,” says Hardwick. “We had to redo the plumbing, duct work—everything.” They reopened the first two suites—a two-bedroom and one-bedroom—in March 2016, and the two-floor loft in July. Hardwick, who now works with the local theatre company, runs the inn, while Kowal is based in Palm Springs.

The pair stripped back old elements that had been added over the years (Home Depot mouldings, for instance) to expose original beams and flooring. “We wanted to uncover the original beauty in the space,” says Hardwick: 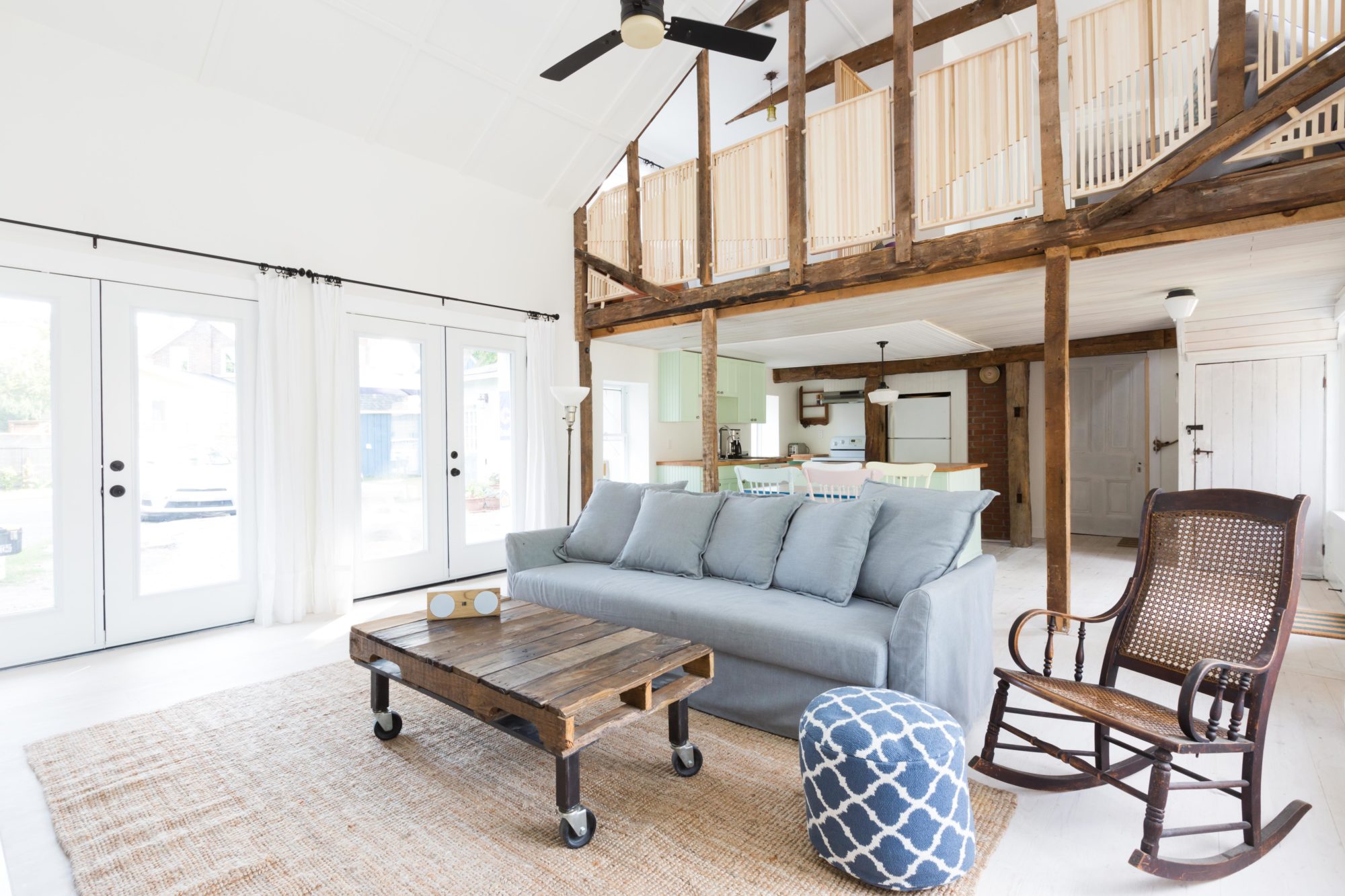 The duo designed the space themselves. They were inspired by the clean, minimal look of Scandinavian farmhouses. A local woodworker constructed the geometric railing: 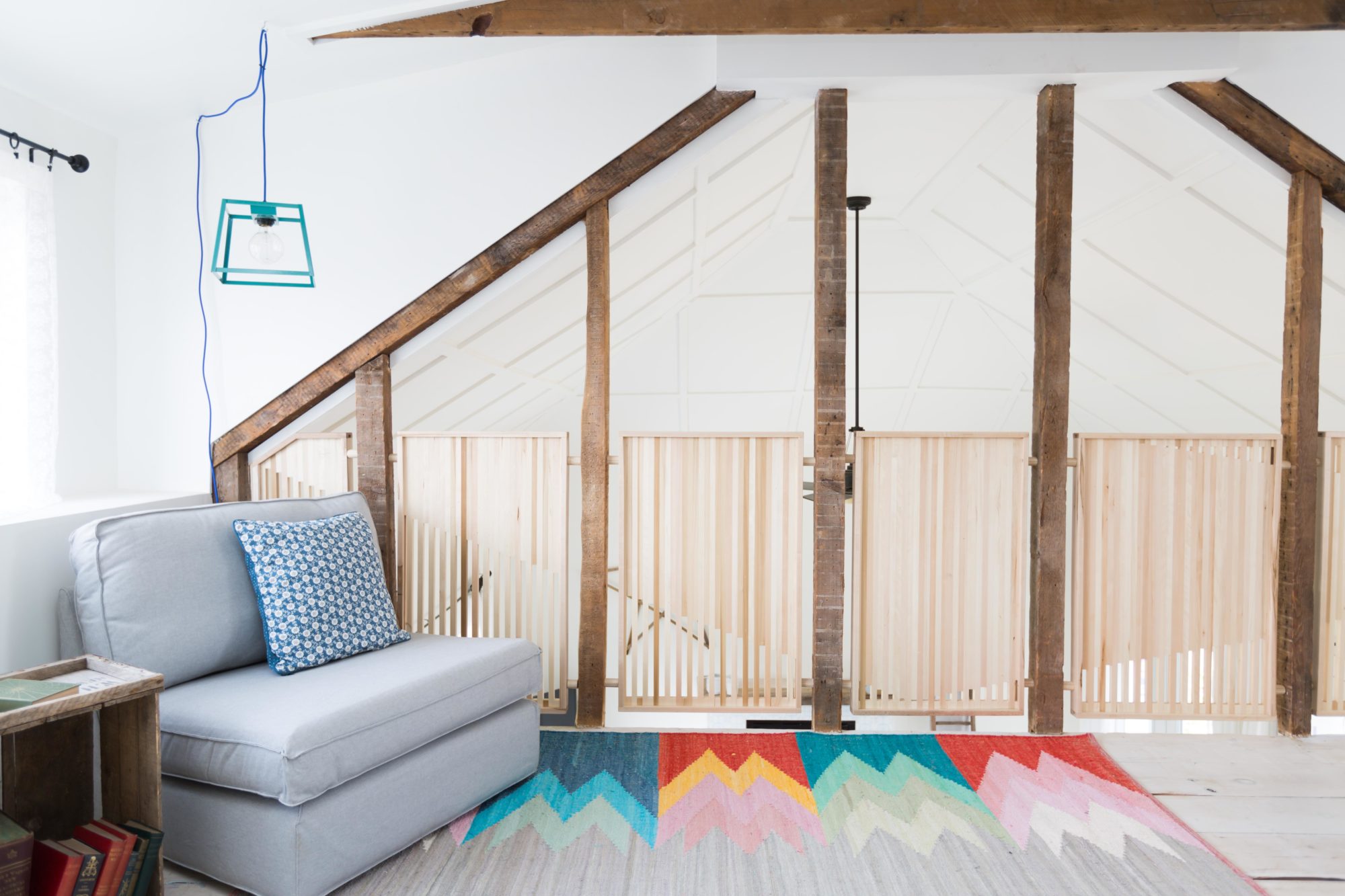 The pillow on the loft’s bed is from local artisan Indigo and Rust: 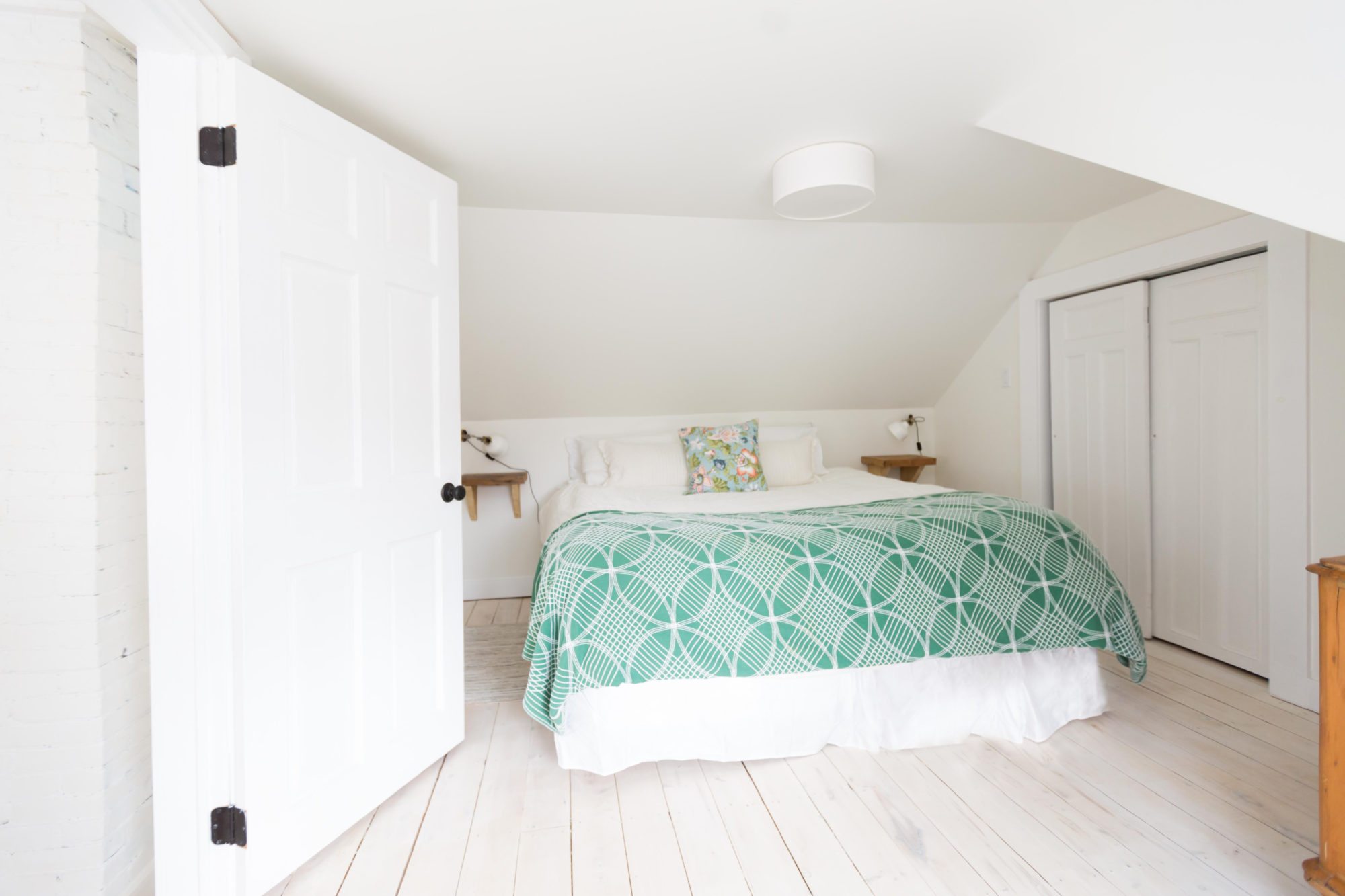 There’s a pale pink clawfoot tub in the bathroom: 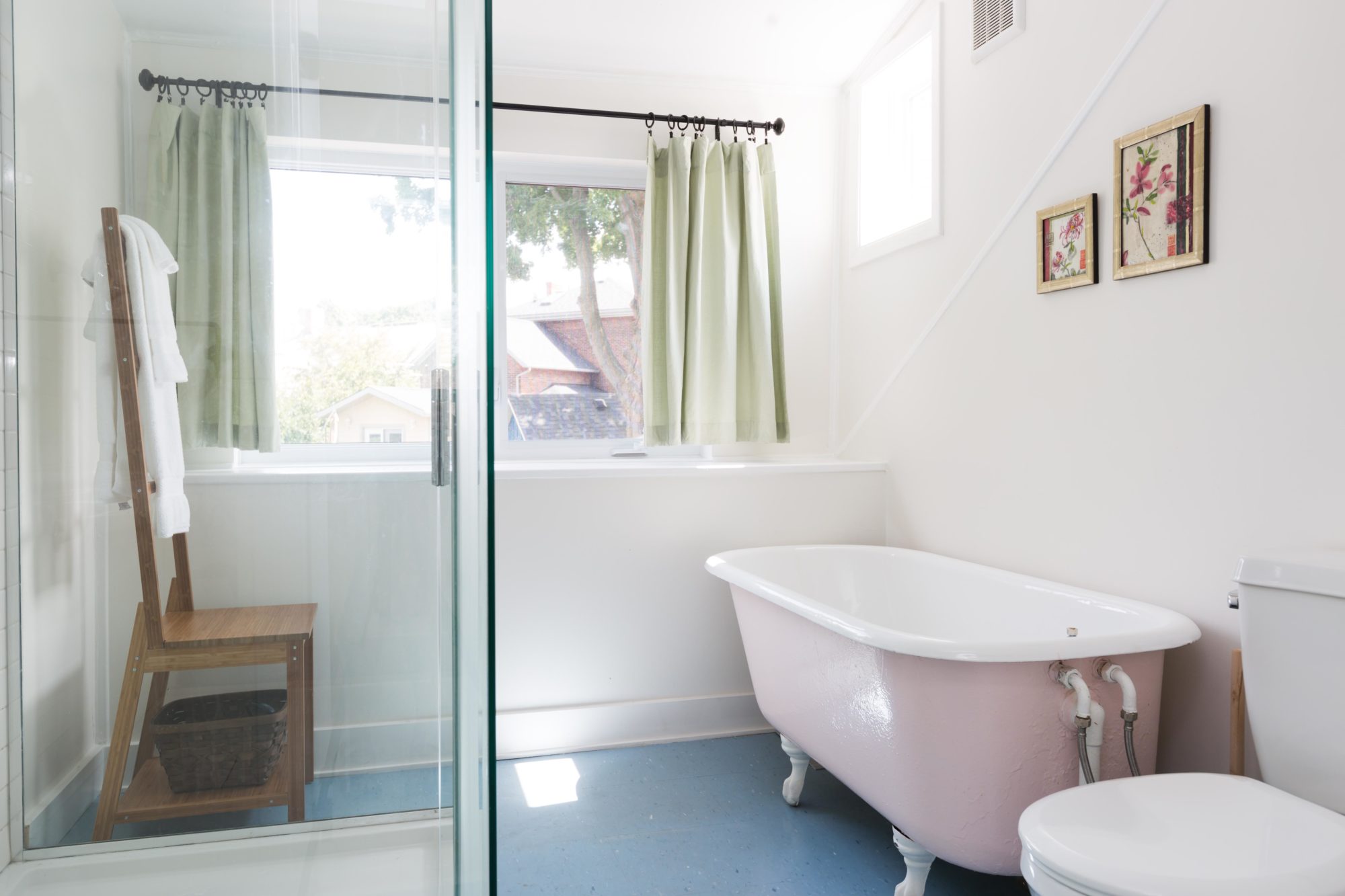 The kitchen continues the pastel colour scheme. The doors open out onto a lush garden: 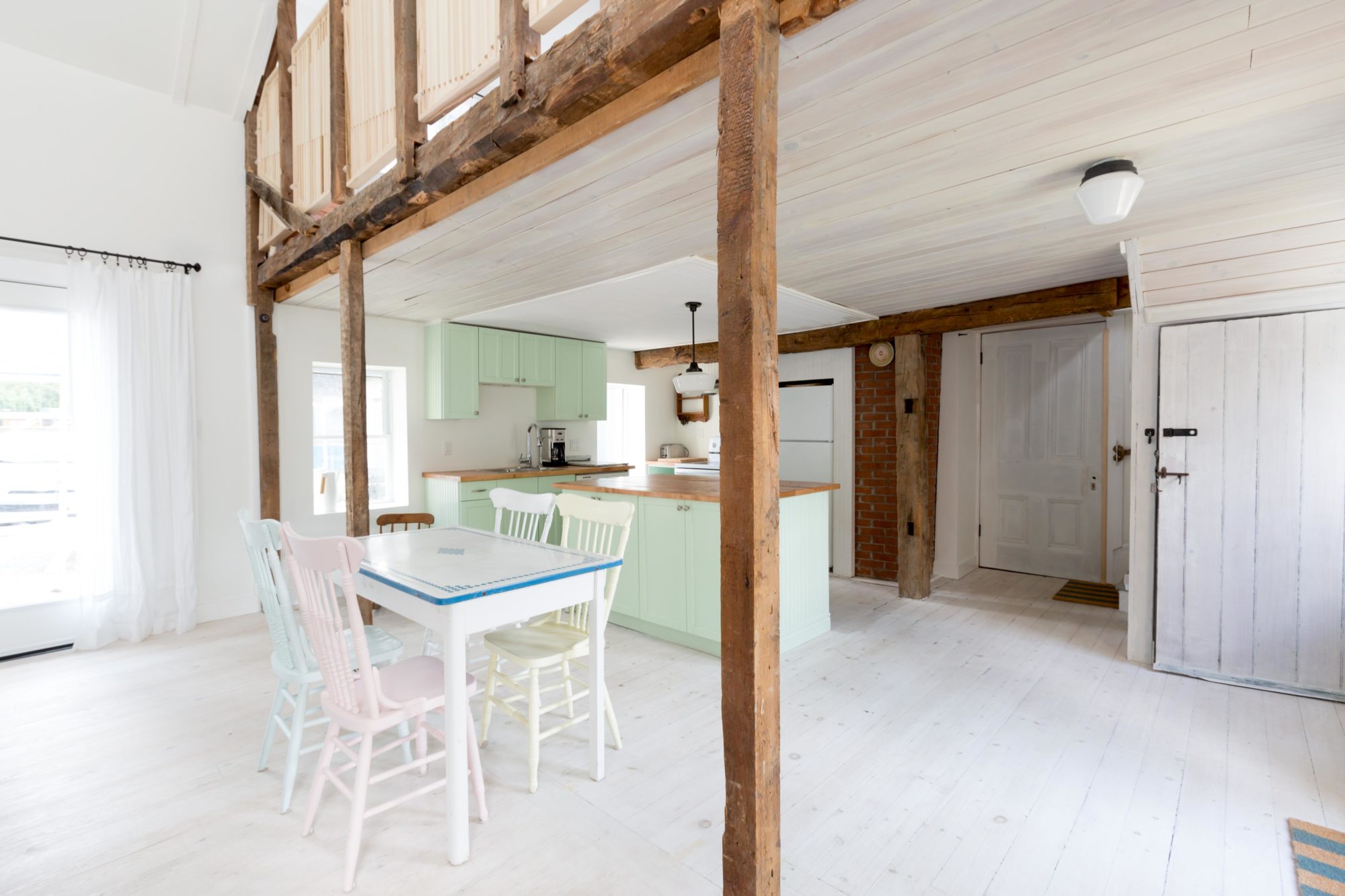 This is the kitchen and dining area in the two-bedroom suite. All floors are pine or maple, and the wooden cabinet came with the house: 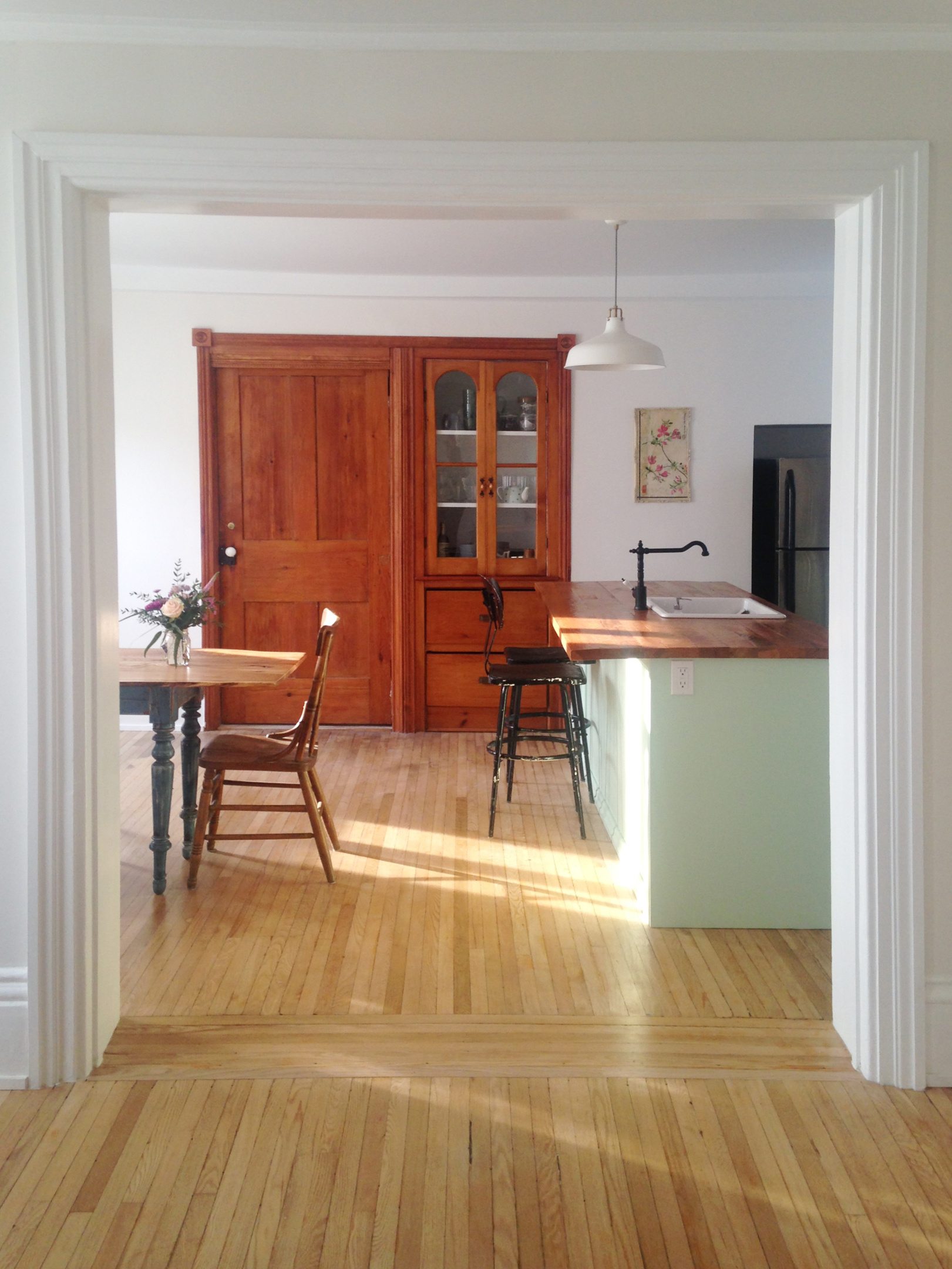 Hardwick’s mother, Mary, is an Ottawa-based artist, and many of her encaustic paintings, like the flowers in the main suite’s living room, are on display. The space also features work from local artist Wellington Lambert: 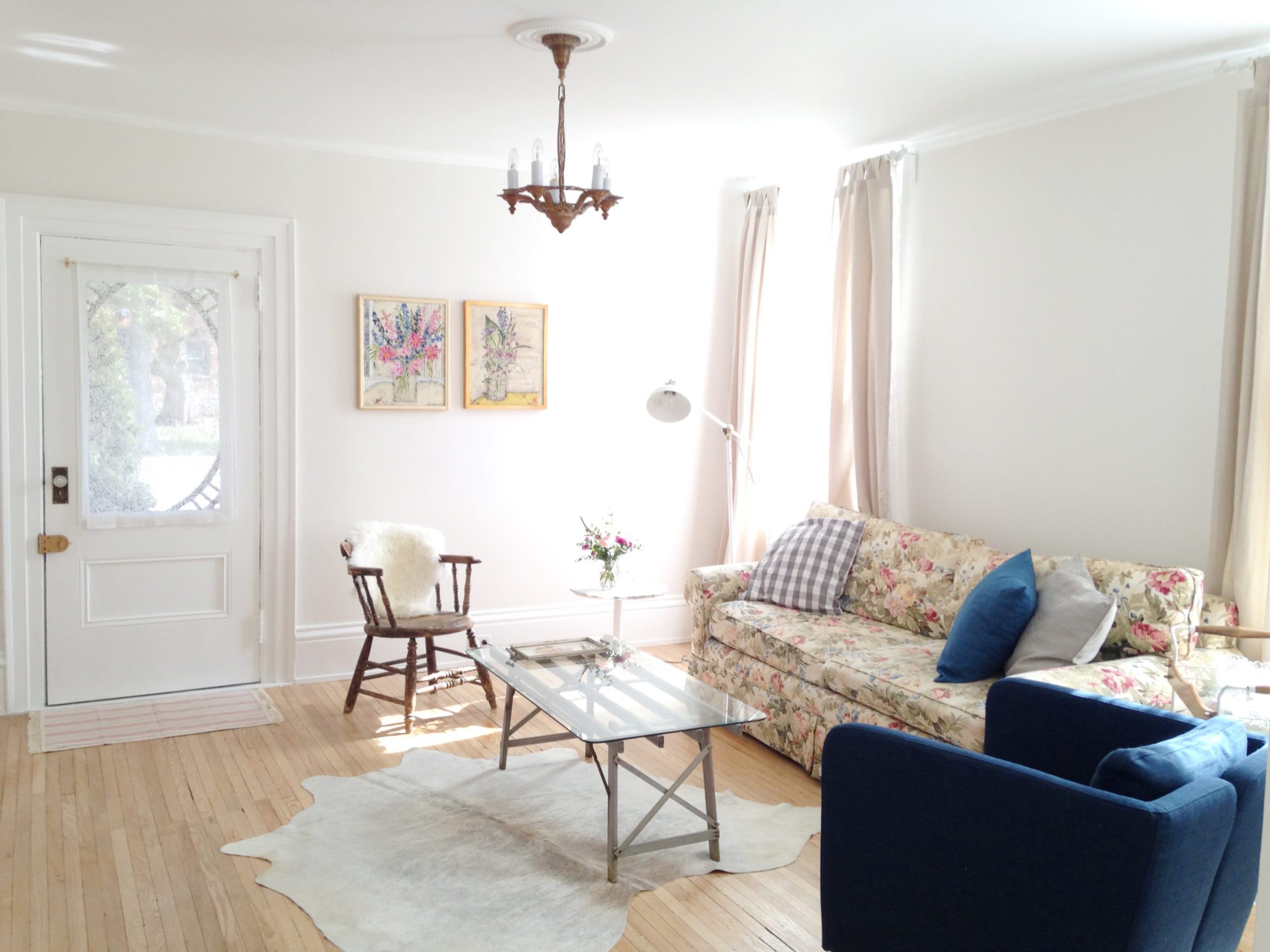 Much of the space is filled with Hardwick’s family heirlooms. Her parents downsized at the same time she bought the Ferg, so she was able to score a bunch of antiques from their collection: 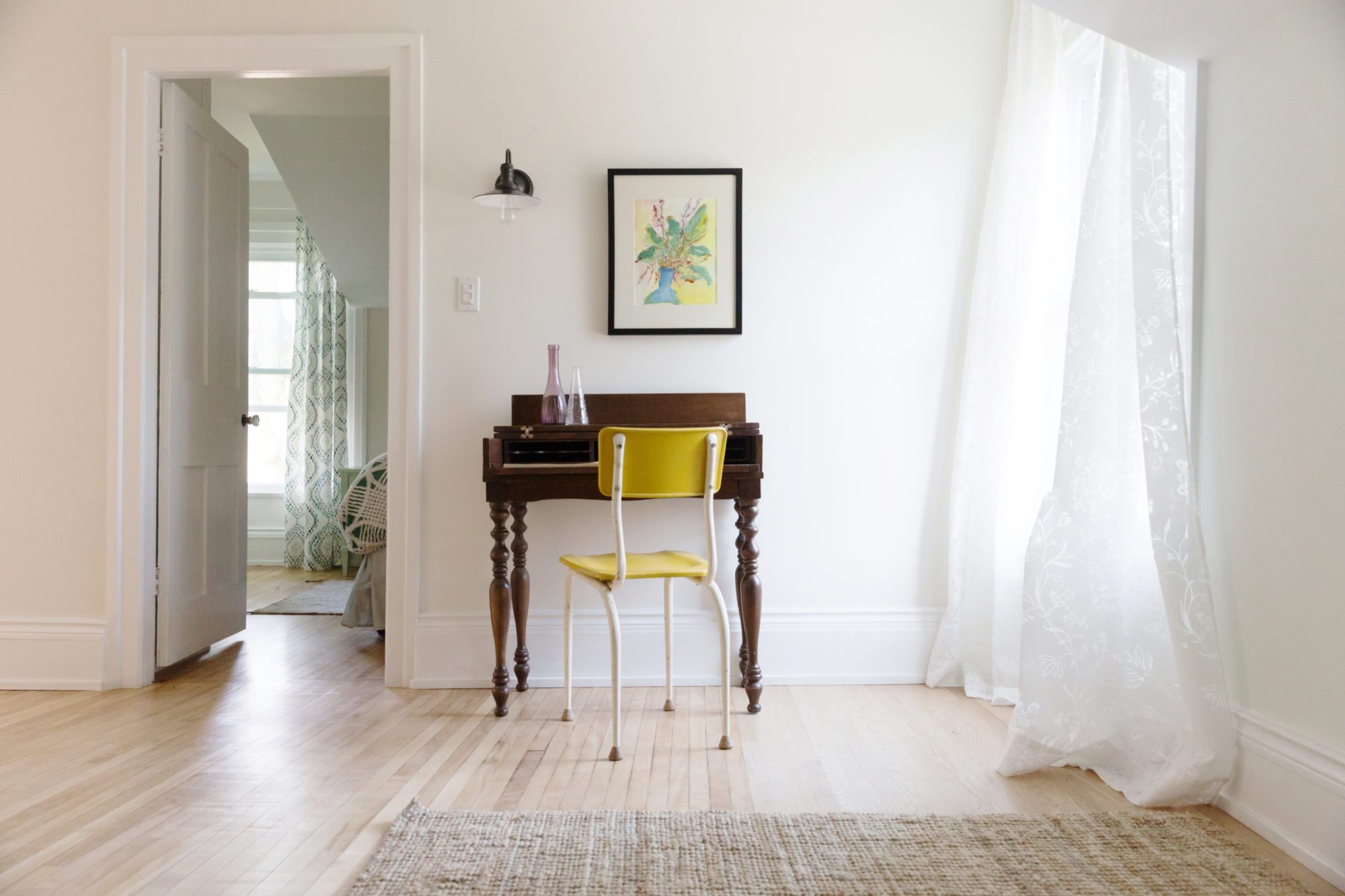 Other pieces were found by scouring thrift stores (like Dead People’s Stuff) and vintage markets in the area. One of the main apartment’s bedrooms has an antique four-poster bed: 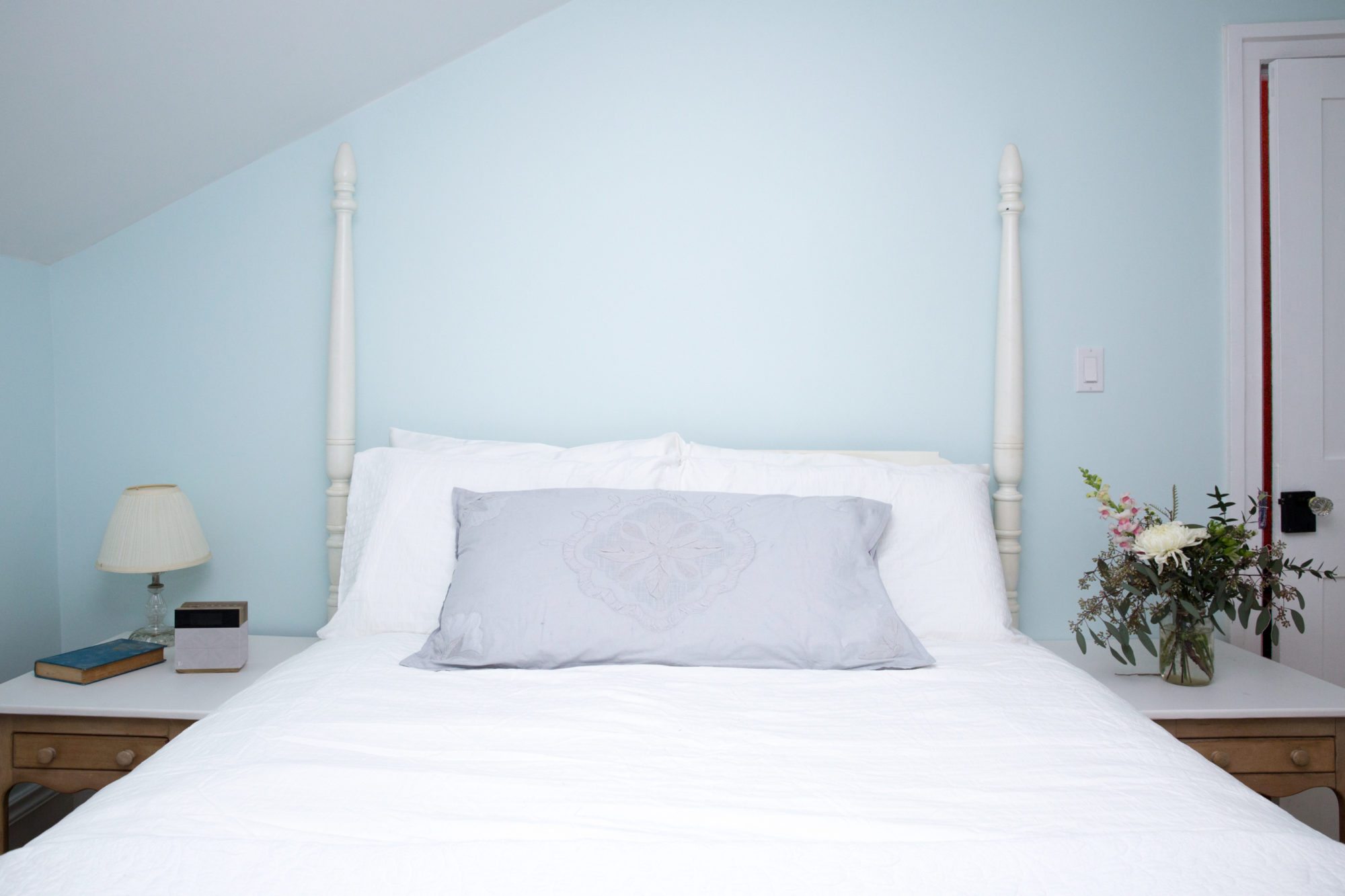 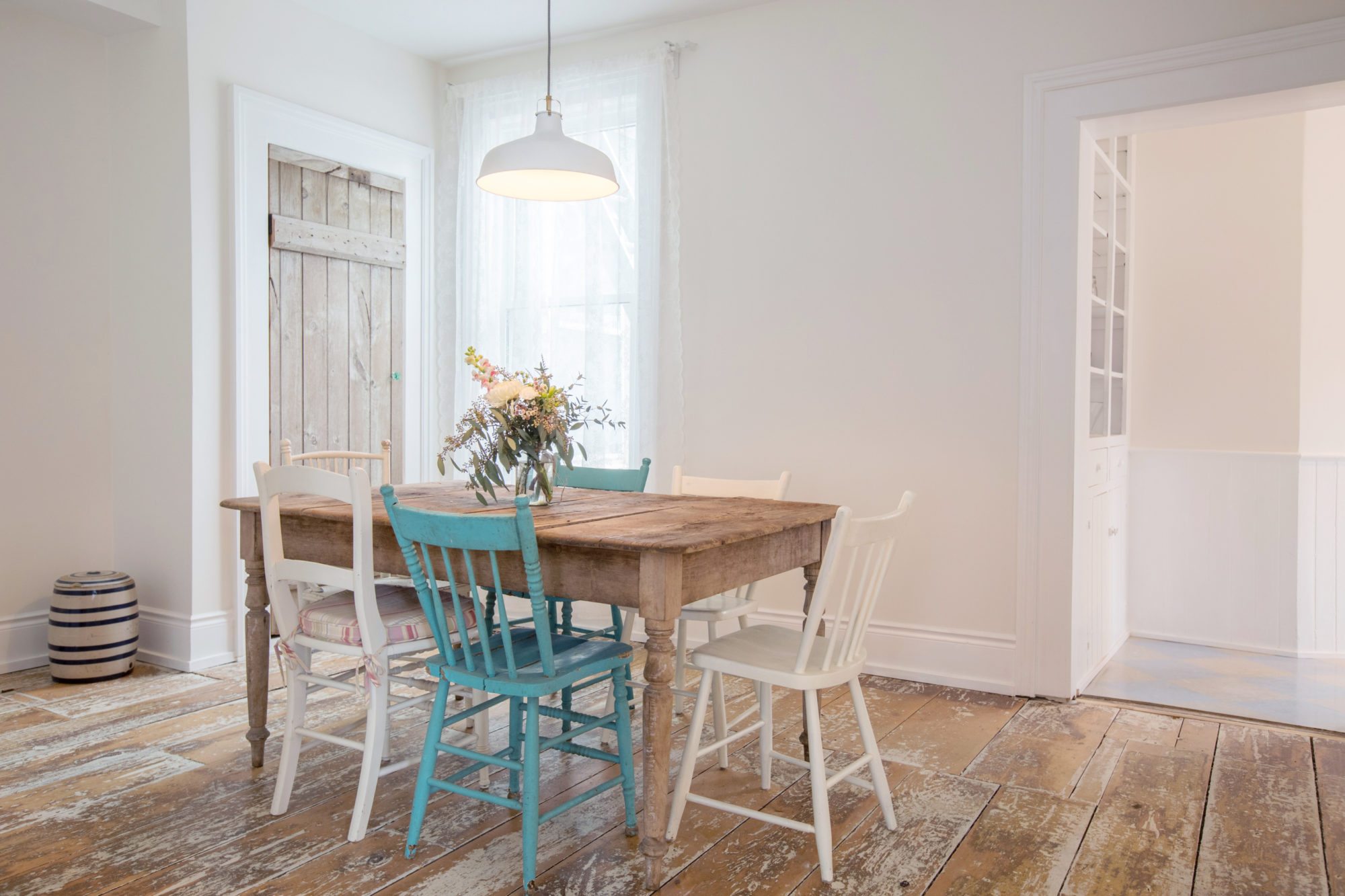 And its cozy, hygge-inspired living room: 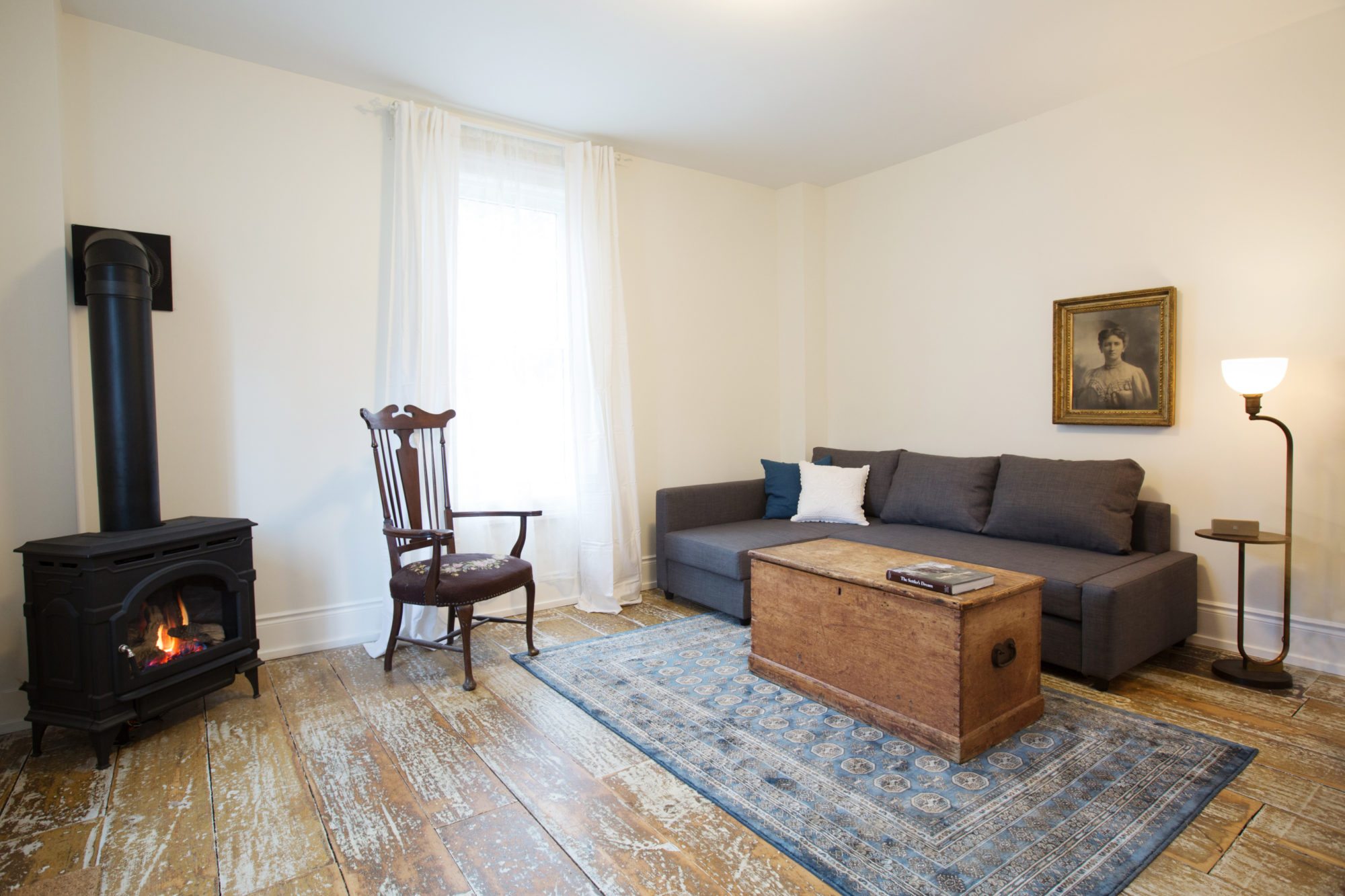 One thing Hardwick says guests love about the space is the lack of clutter. “We wanted to create a calming space. There’s a real sense of creative possibility.”: 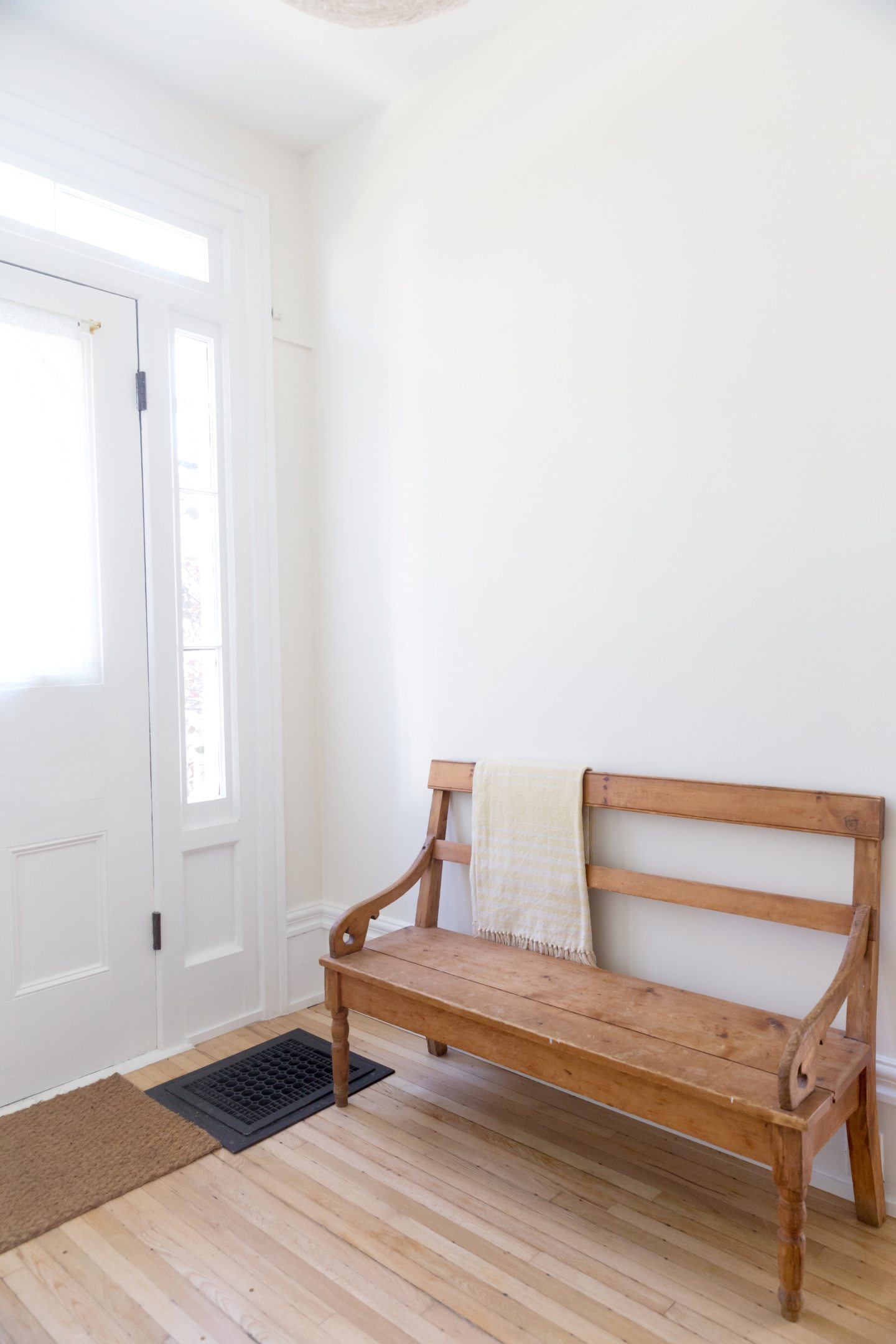 From $200 per night during the high season. thefergpec.com.