There are plenty of places in Toronto to catch a drag show. The public library is one of them. On the morning of December 30, the Jones branch hosted a New Year’s edition of Drag Queen Storytime. It’s RuPaul’s Drag Race meets Reading Rainbow, a family-friendly event where toddlers yell “Yaaaaasss” as queens read LGBT-themed picture books. The kids couldn’t take their eyes off of Erin B. and Lucy Flawless, two stunning Amazons in full face. We went to the packed event to speak with kids, parents and the queens themselves about the importance of drag.

What’s your day-to-day life like?
I work nine to five at York University, go home and shave, and then it’s a late night performance.

Why are drag queens important for our community?
Drag queens are in on the joke of life. We understand that it’s not that serious, and you know what? We’re here to make others realize that, too. We’re able to subvert anything. A lot of my comedy in drag comes from a dark place, but I find the light in the darkness. 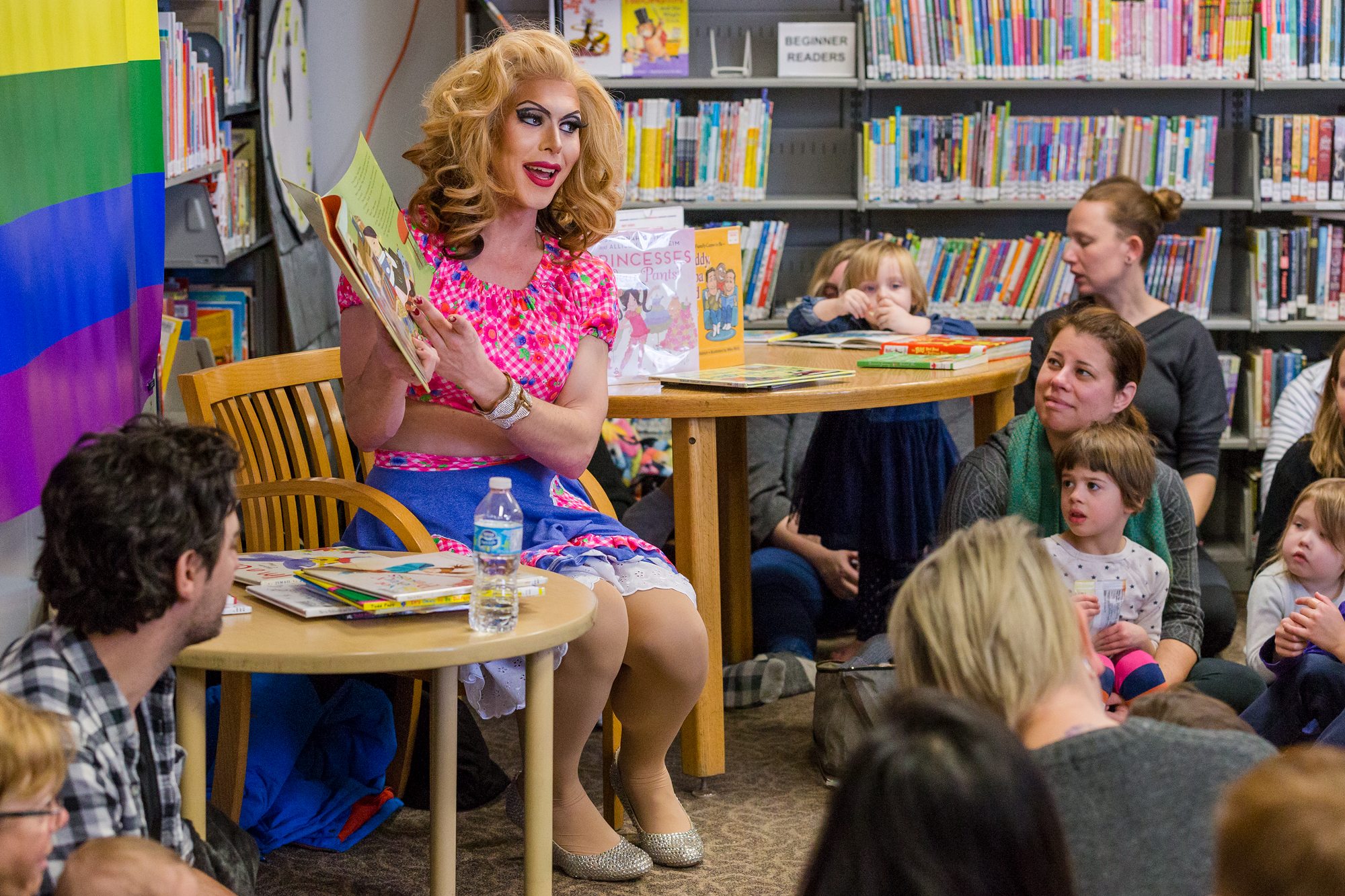 Is this an earlier event than you’re used to?
Yes, it’s definitely early. I did a show last night and worked until midnight. I came home, got out of drag, then woke up and got back into drag. I thought about falling asleep in my makeup but decided against it.

What are drag queens important for our community?
Kids need role models who express their gender in a different way. That’s something that I never had. Today, there were boys running up to me, saying, “I like to dress up as a fairy princess.” I love seeing the incredibly accepting parents that are giving their kids this experience. 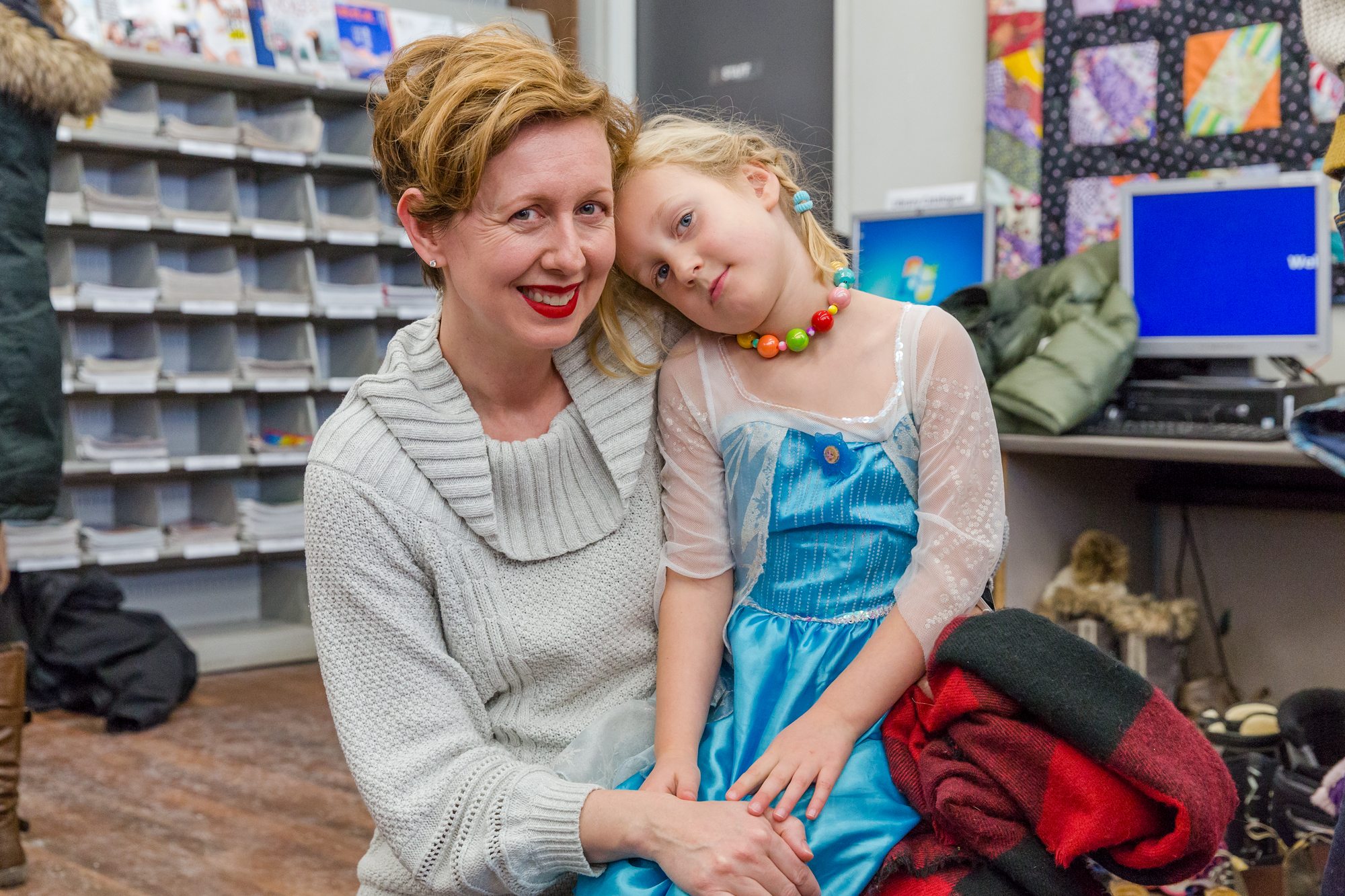 Michelle: “We came because the queens are beautiful. They show my daughter the diversity of Toronto. When we walked in, Simone said, ‘I think that’s a boy dressed up in girl’s clothes,’ and I said, ‘That’s because girl’s clothes are beautiful and everyone wants to feel beautiful, right?’” 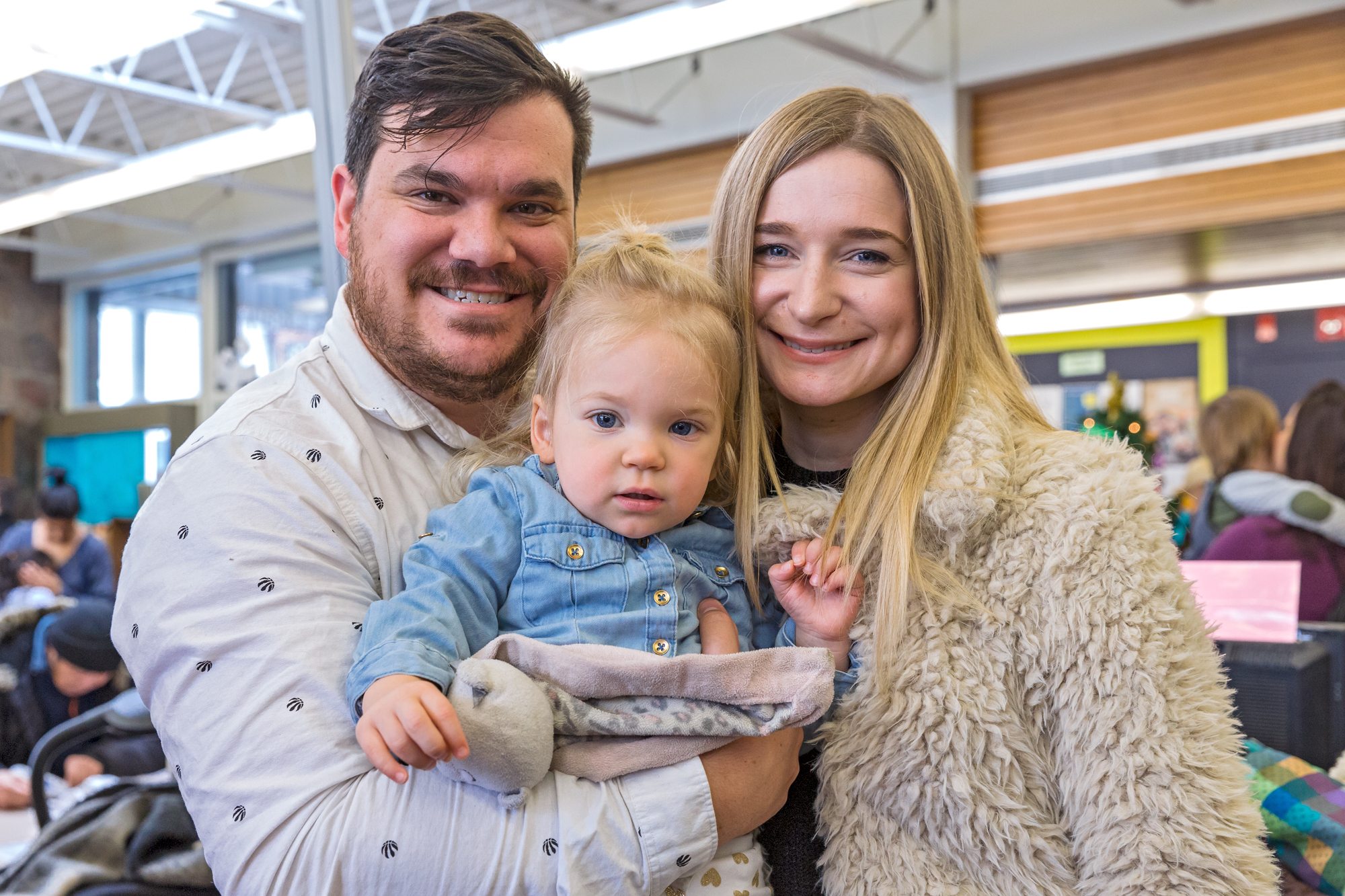 Sasha: “We want to show Alex that she can be anyone she wants to be and that there are no boundaries for her.” 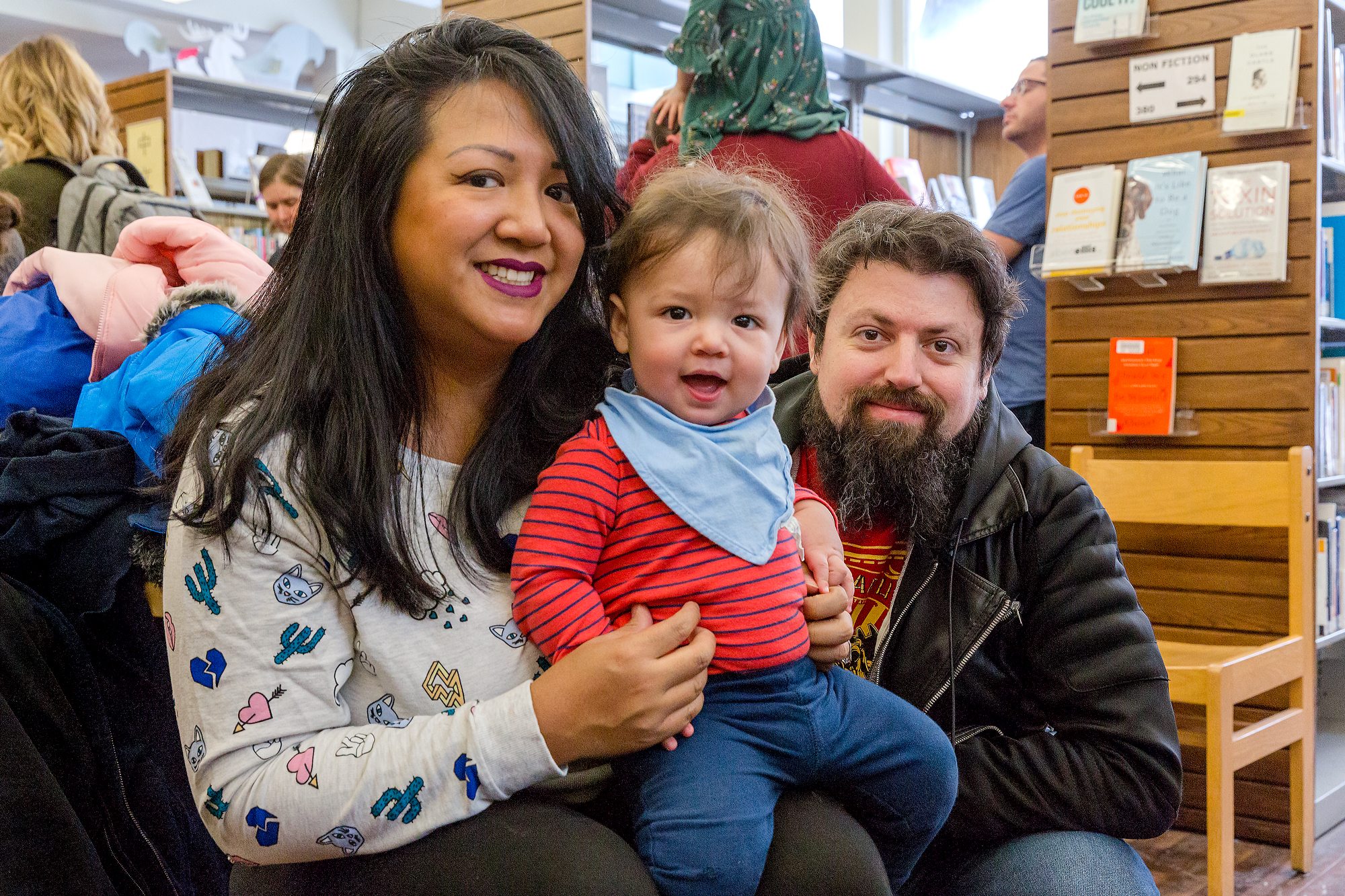 Janelle: “This event celebrates diversity, inclusivity and tolerance—that everyone has the right to make their own choices to do what makes them happy. That you shouldn’t judge people for being different.” 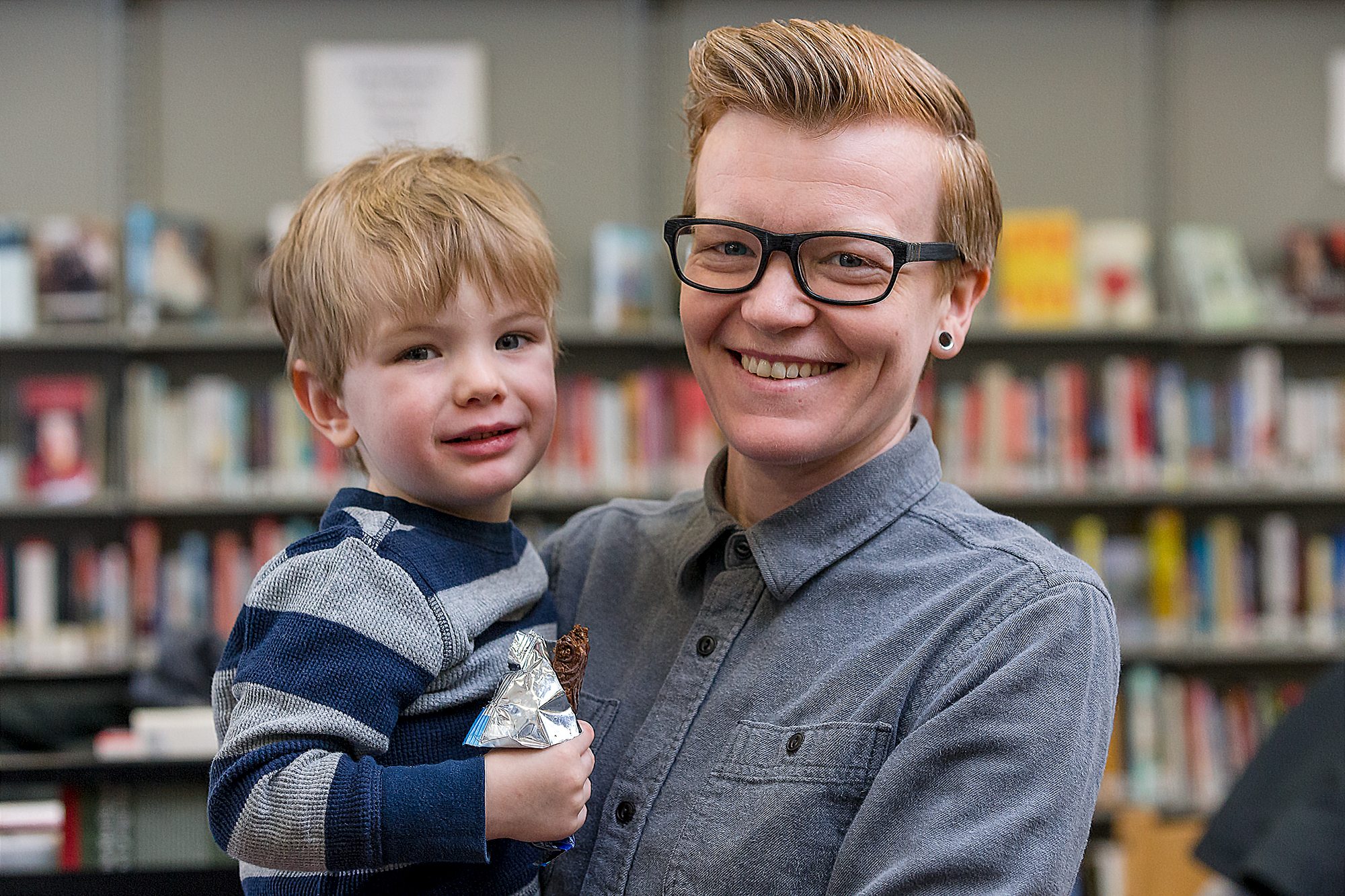 Dee: “Finn has two moms and this event lets him know about his community. He learns that other people out there are different as well.” 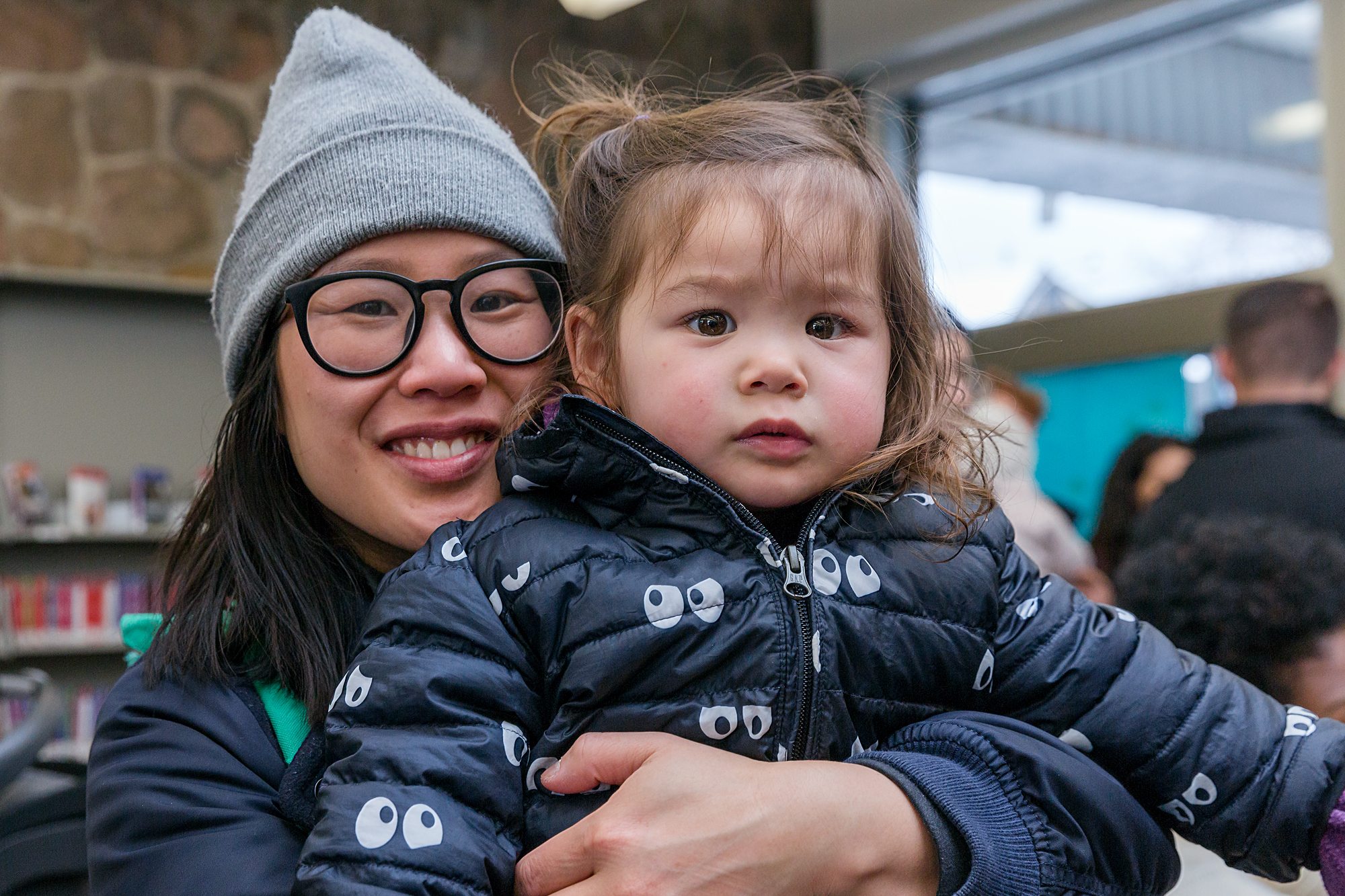 Janice: “It’s our first time at an event like this. We came for a great story and to connect with our community. It shows the diversity of Toronto.” 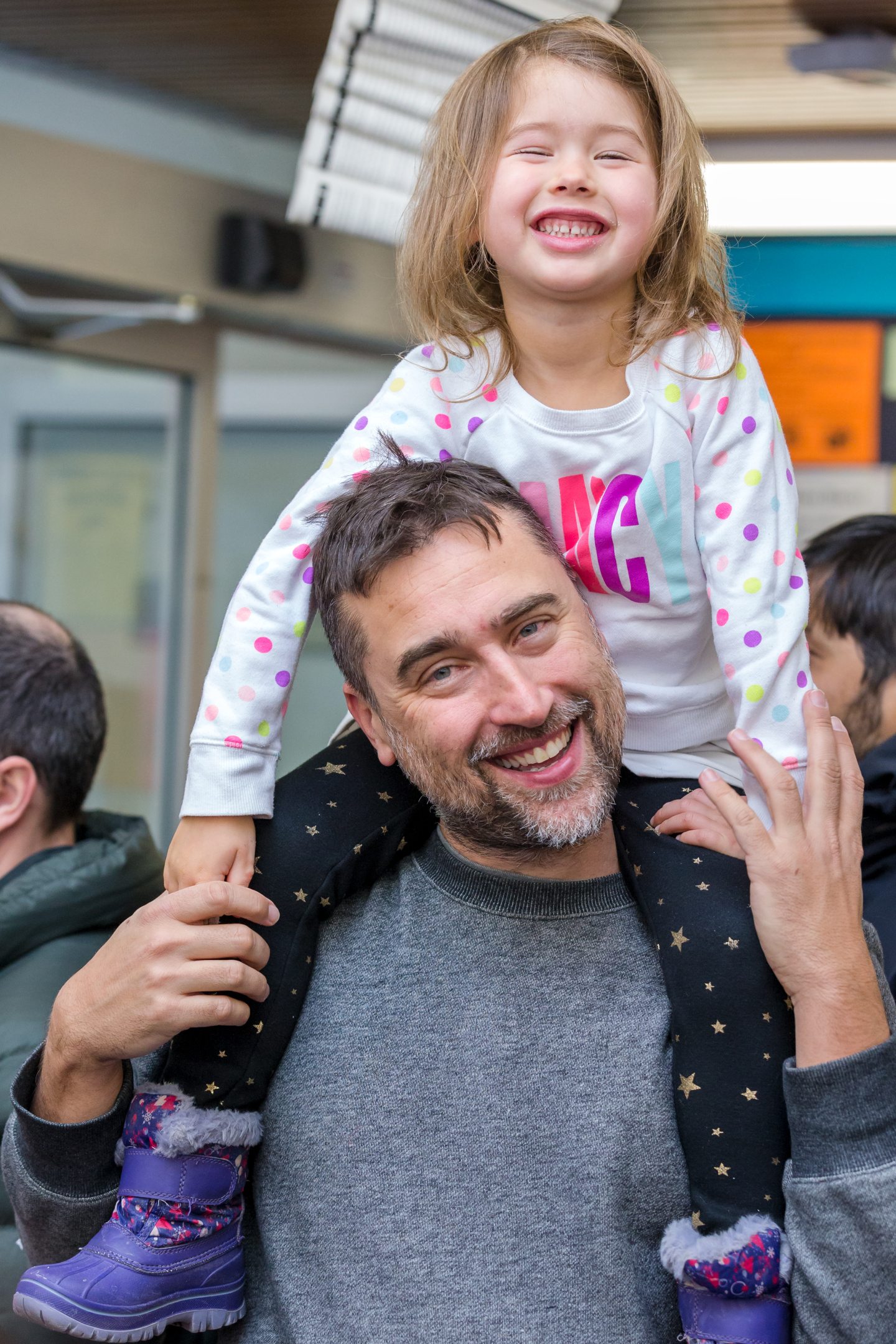 Martin: “Drag queens show that there’s no ‘right’ way to be, and that we can all be ourselves. That’s what all the books are about too.” 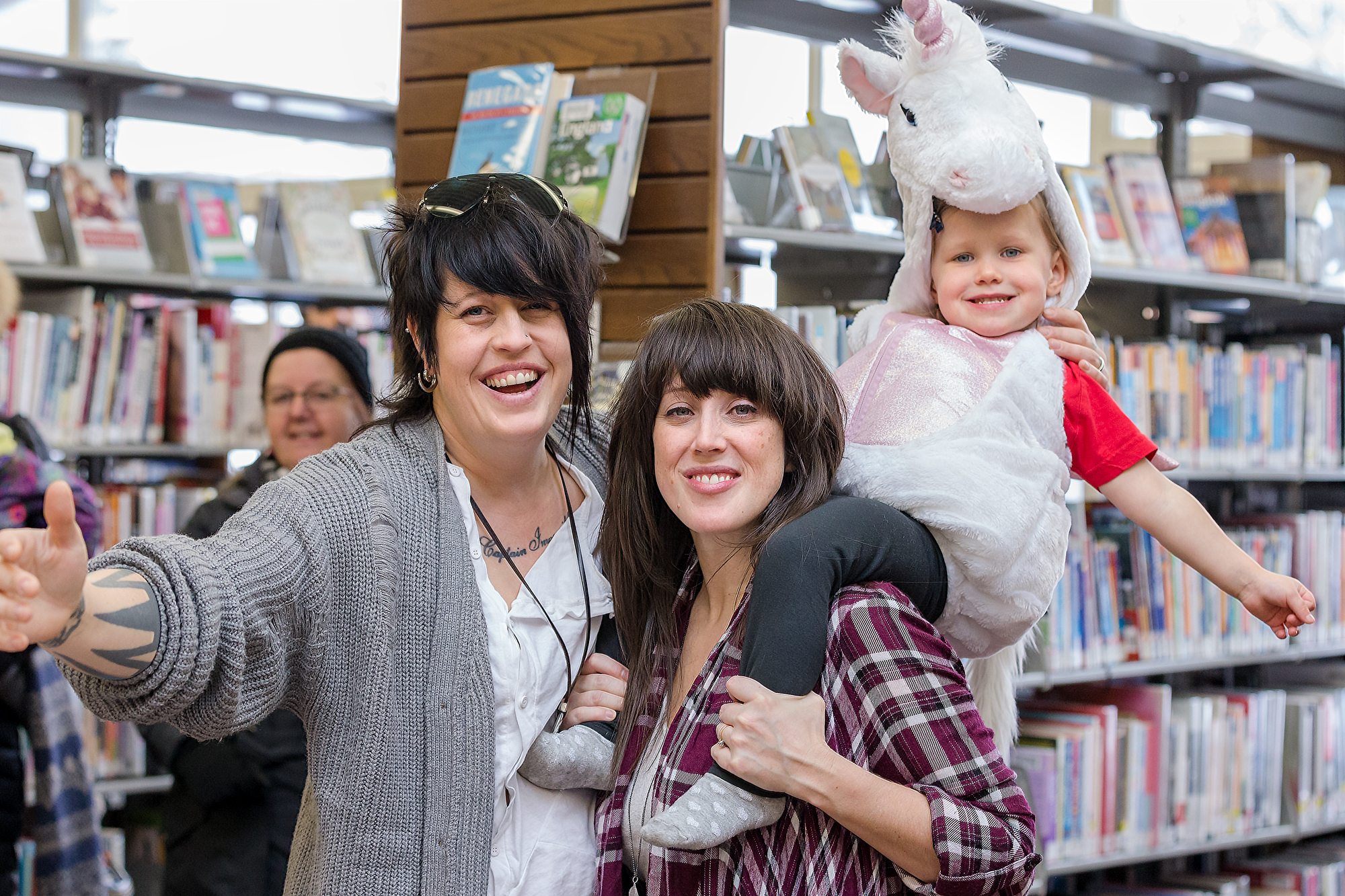 Elliott: “Olive’s got two moms. Her new best friend has two dads. There are all sorts of folks we need to meet and learn about.” 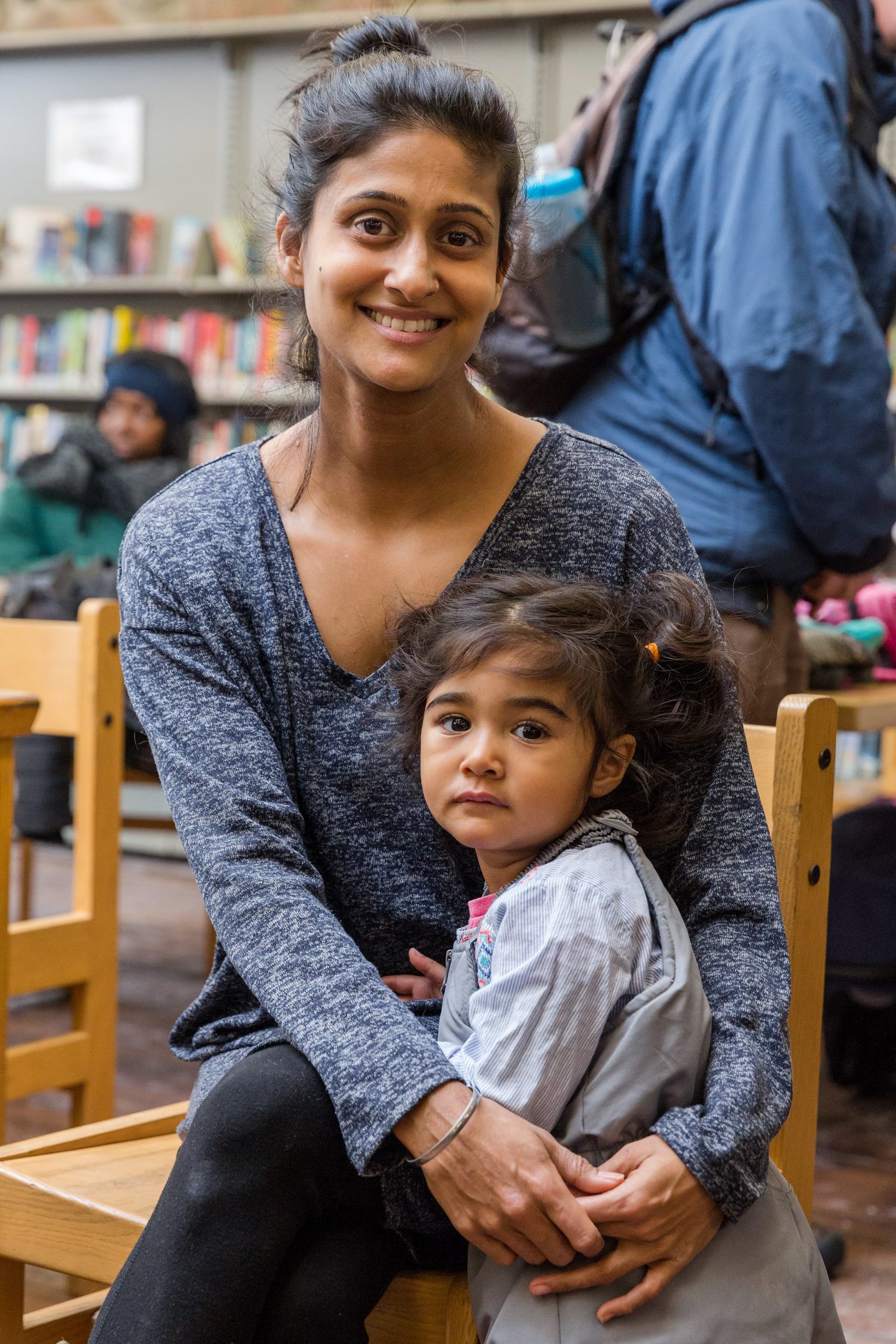 Sandeep: “It’s important to show my kids that no one is the same, that everyone is different, that we’re all diverse and no one is better than anyone else. As long as we have good hearts and good intentions, we should accept everyone in Toronto. Sonam comes from diverse backgrounds, and she can experience other people’s backgrounds, too. It’s about not creating a sheltered, homogenous enclave.” 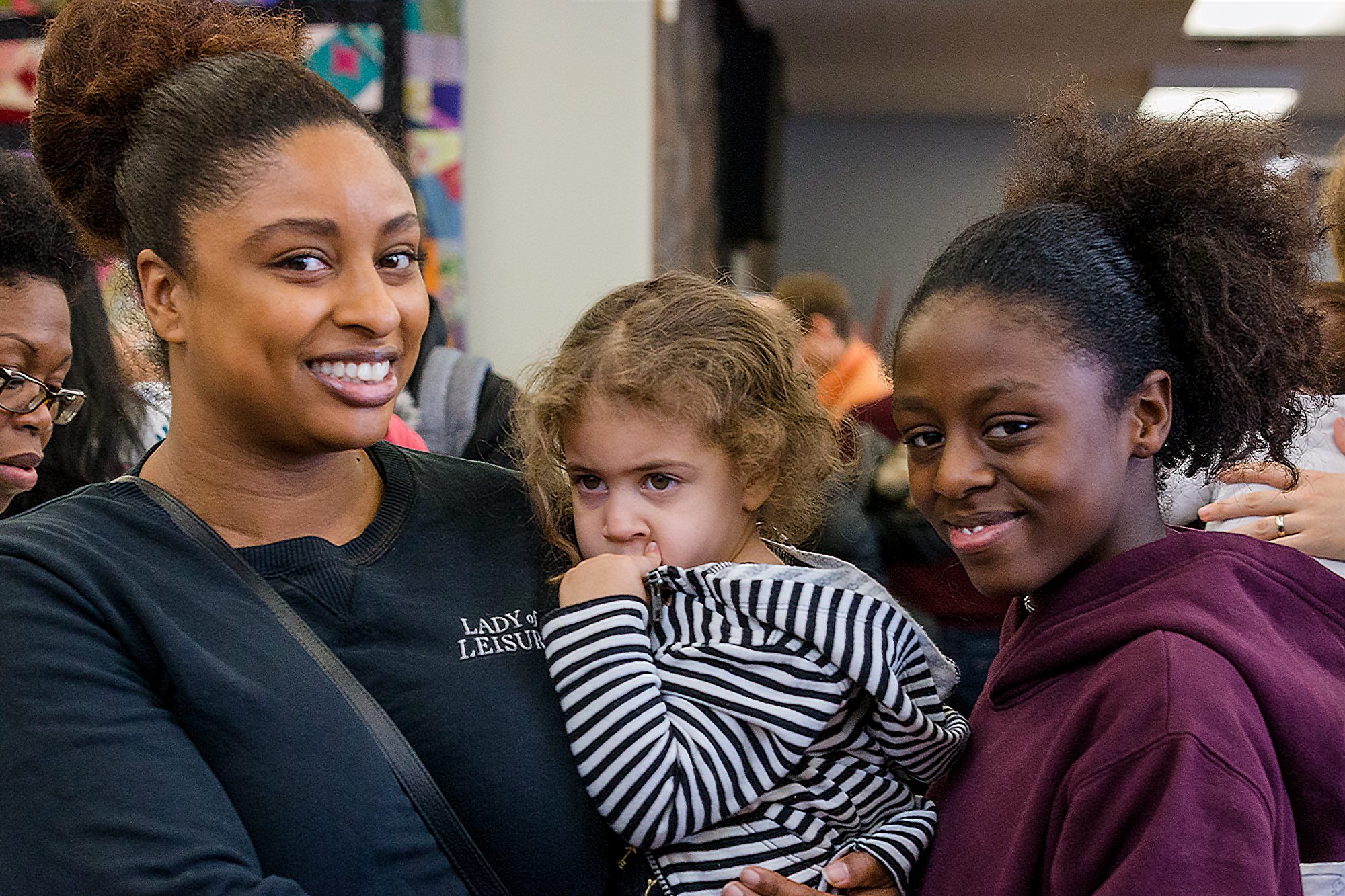 Sage: “Drag queens show who they really are, and not everyone does that. And we love the makeup, too.” 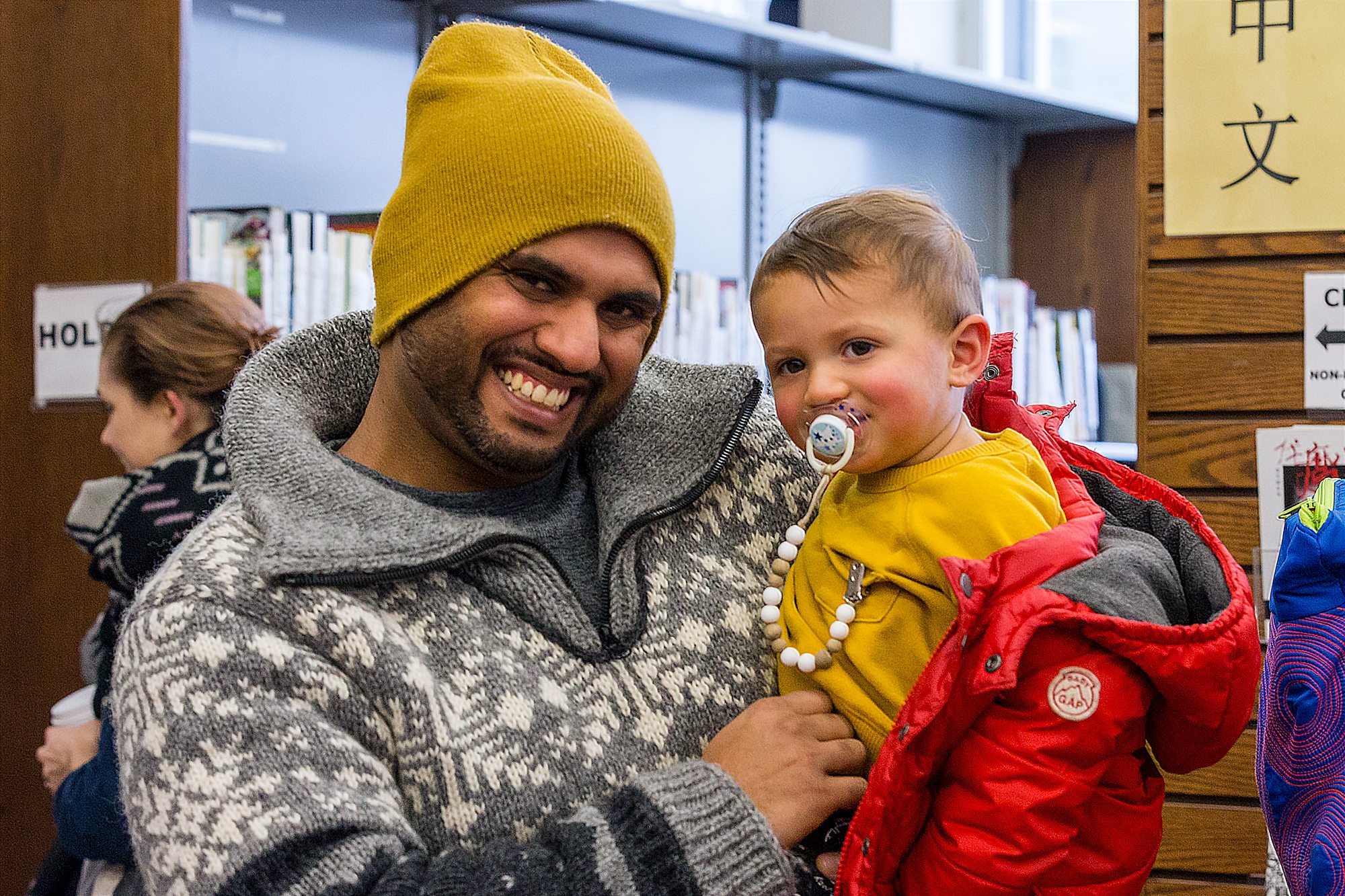 Ian: “This event teaches kids that they should treat everyone equally. At a young age, it’s important to instill values into him. Mostly what he’s taking away from this is that it was a fun time.” 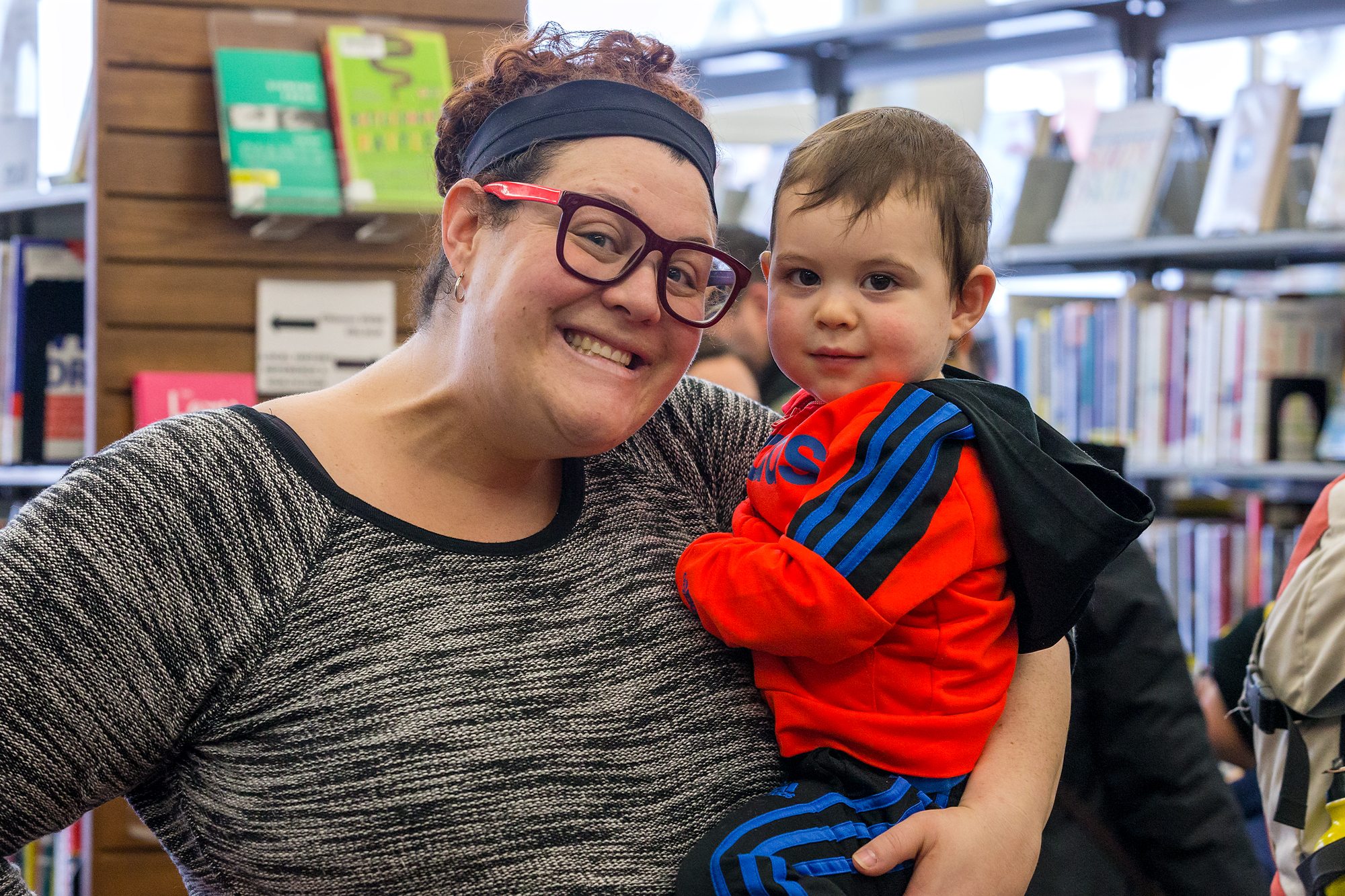 Sarah: “It teaches kids how to experience differences in a way that’s loving, accepting and kind. Gavi’s uncle wears makeup, and Gavi can see other people wearing makeup, too.”