Inside an adorable puppy yoga class

Inside an adorable puppy yoga class

The easiest way to make planking more fun? Toss a bunch of adorable baby animals into the mix. Keith Mitchener, who runs an interactive events company called The Hive, started offering goat yoga classes in Ottawa before branching into the puppy sphere. He partners with various breeders, who will lend him puppies between six and nine weeks old for some socialization before they’re picked up by their new owners. The sessions are about pet therapy, not puppy peddling: most puppies are already spoken-for before the classes. Here are some photos of what went down during the class.

This class was held in a North York studio, but Mitchener switches it up each time. Since he lives in Ottawa, he only runs Toronto classes every few weeks: 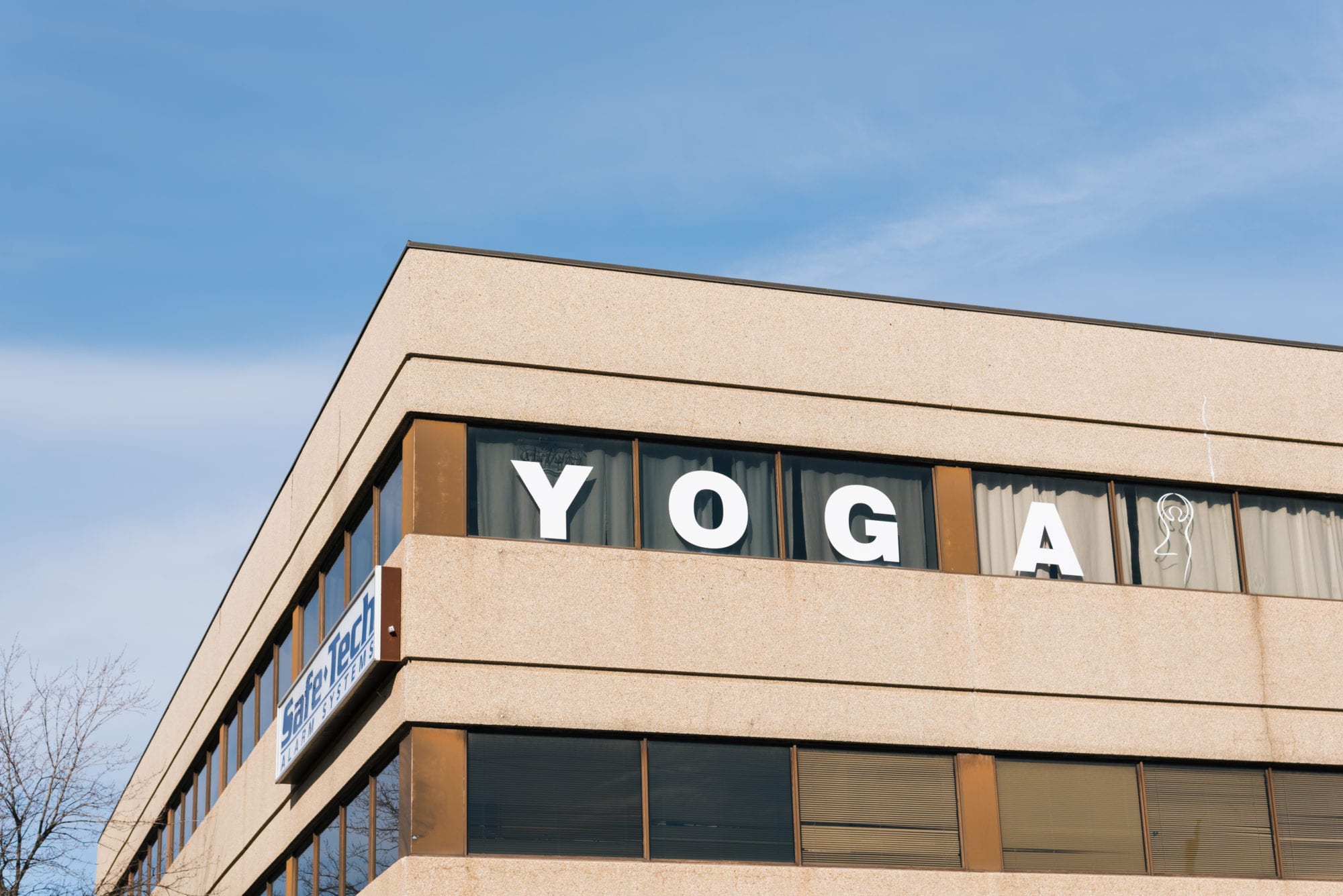 During our visit, the studio was filled with nine husky puppies. Mitchener switches up the breeds every three weeks:  Toronto, he says, goes crazy for French bulldogs, while Ottawa is more into Australian shepherds: 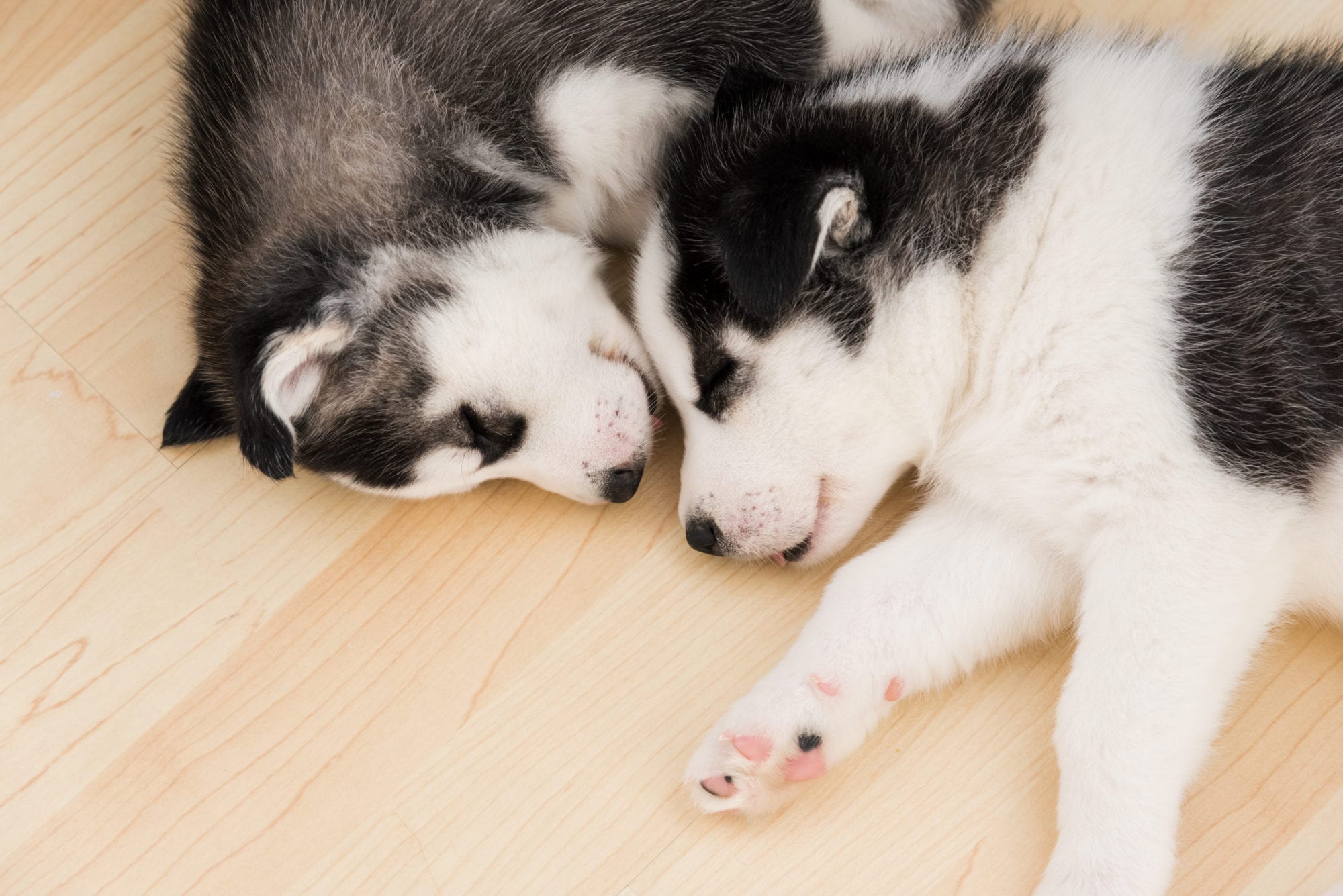 These puppies were six weeks old: 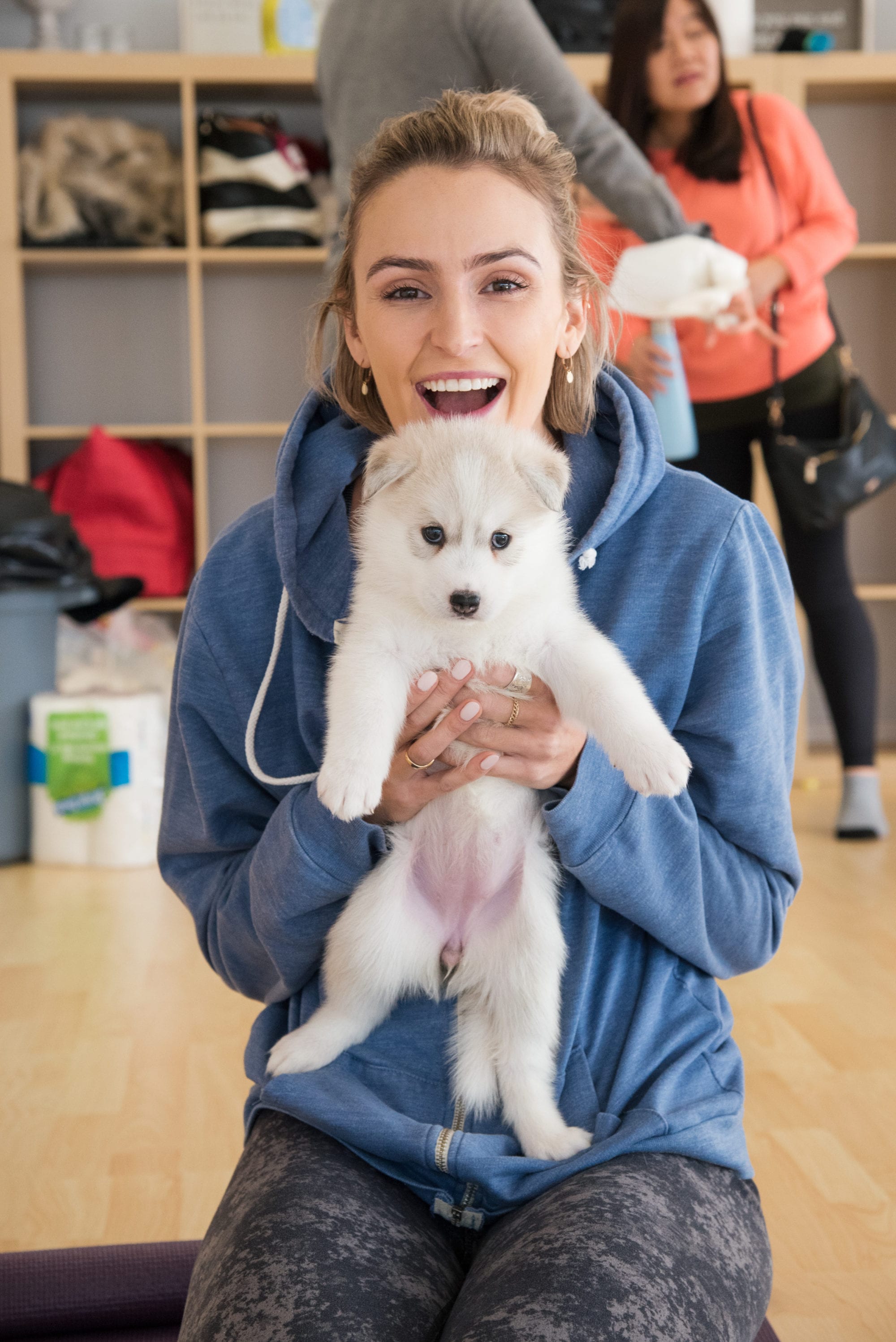 Snuggling the pups is encouraged, but you’re not allowed to hog their attention for too long, since there’s a higher people-to-puppy ratio. The class itself was super-gentle, mostly consisting of relaxing stretches and yin poses.: 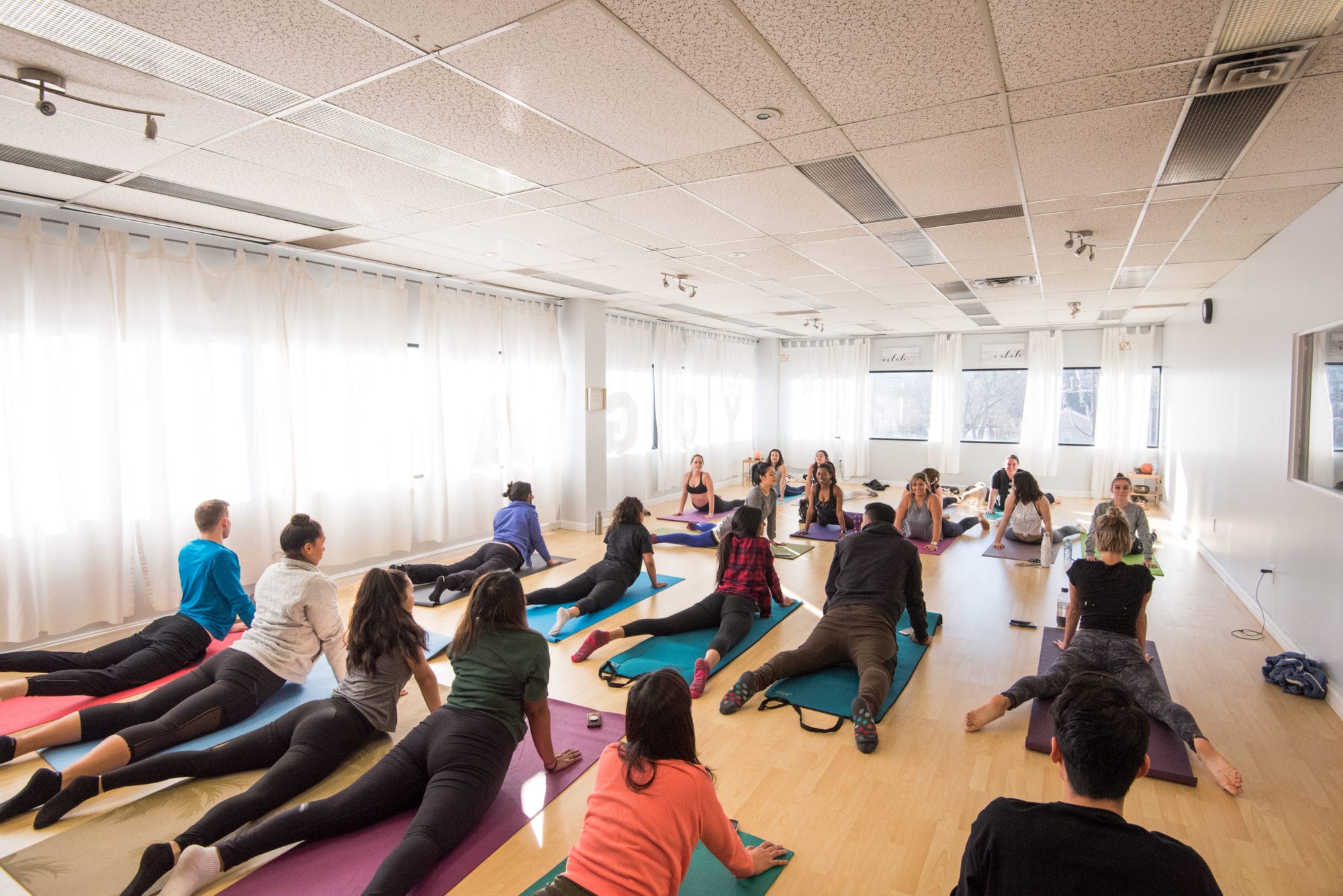 The instructor, Echo, kicked off the class with a light warning: “The puppies will nibble on you, they will bite your toes, but you signed a waiver, so…”: 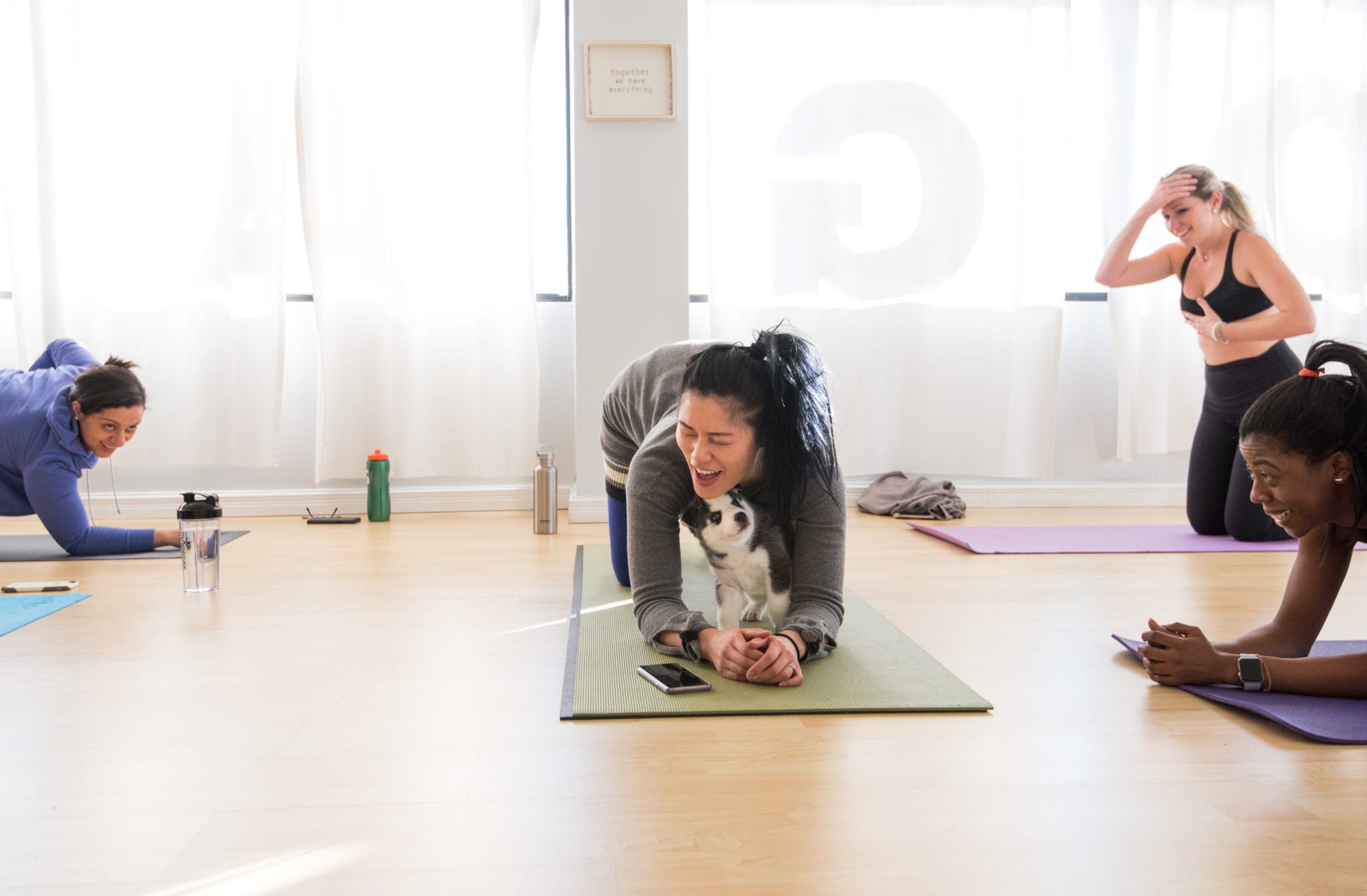 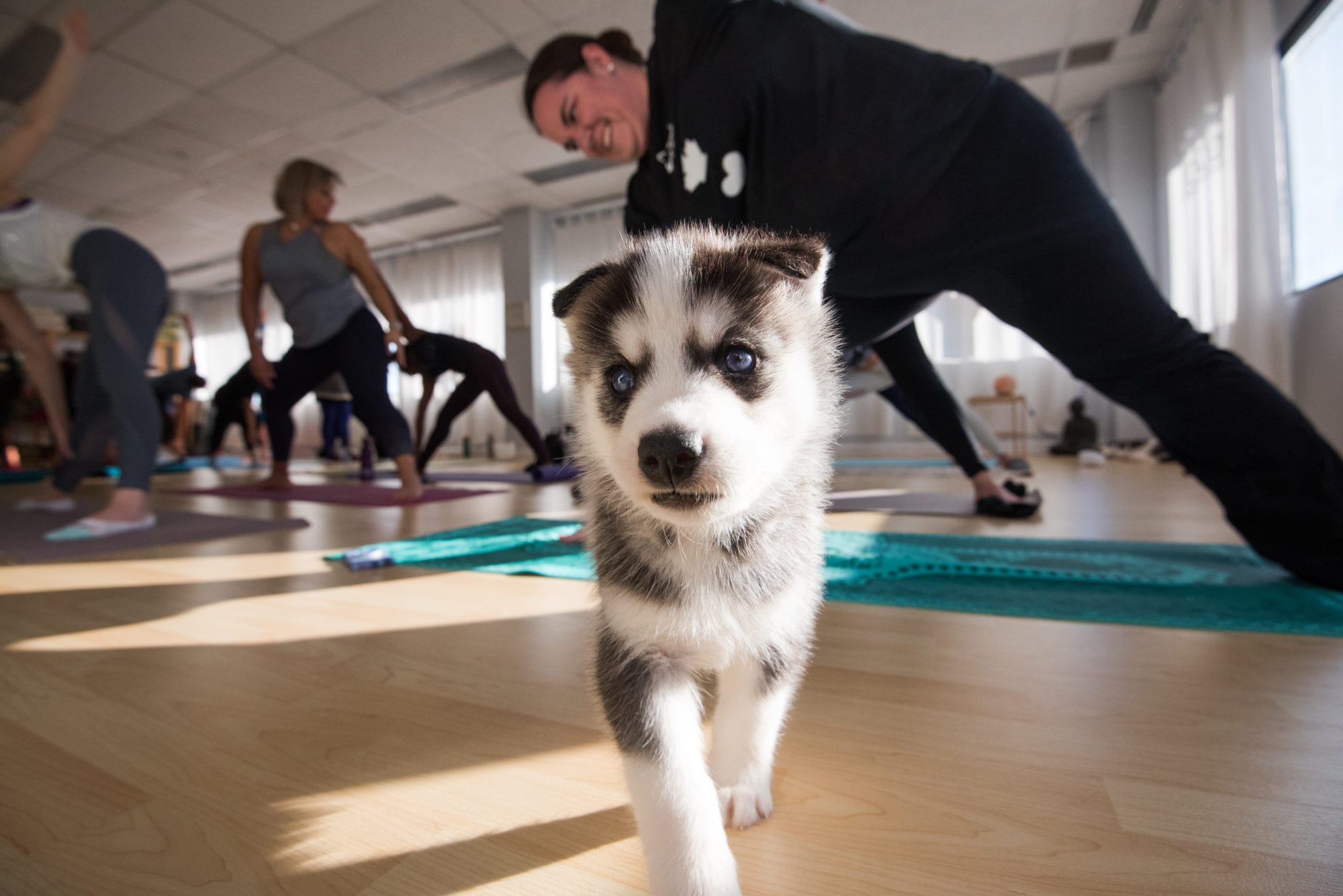 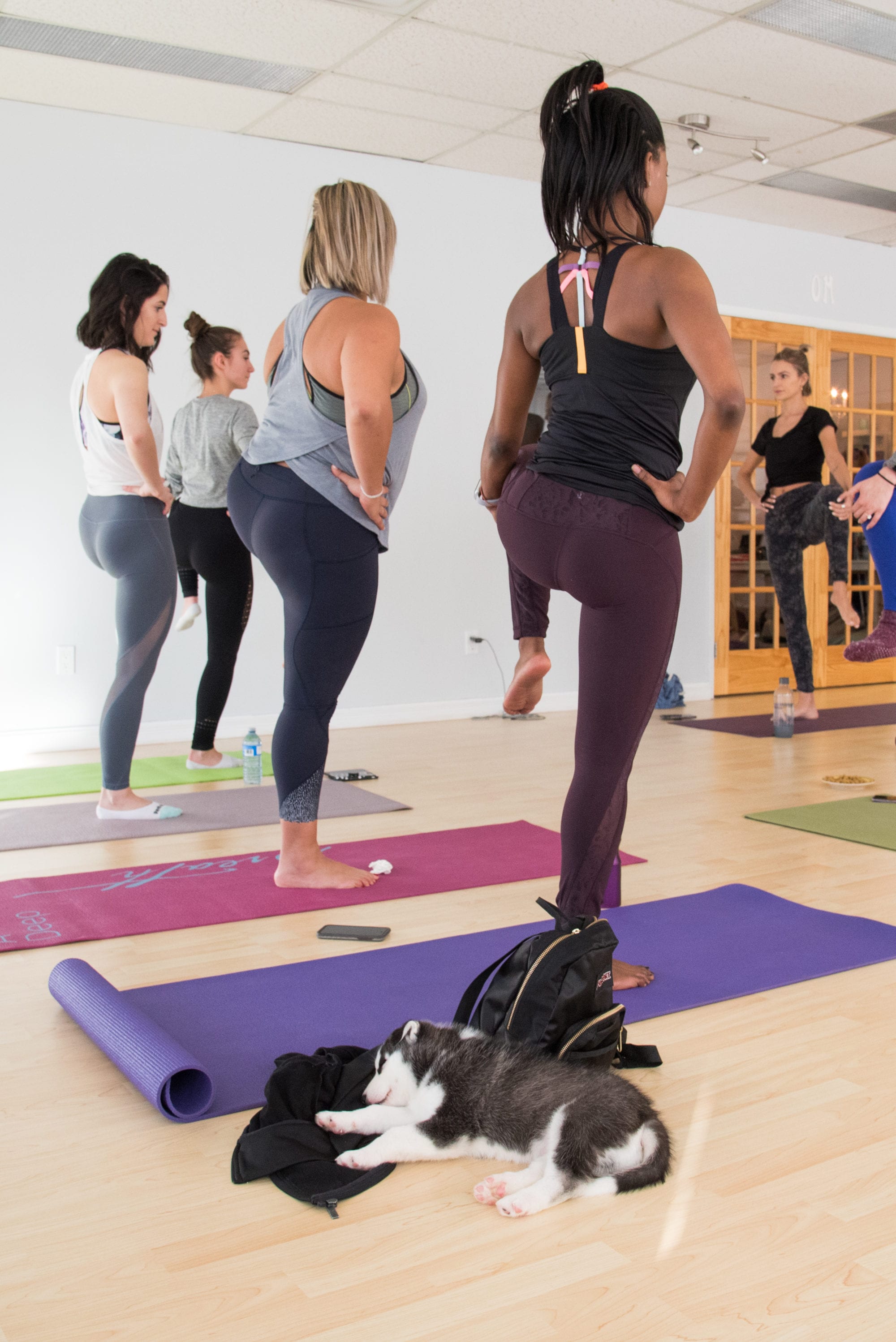 This one wasn’t hurting for attention: 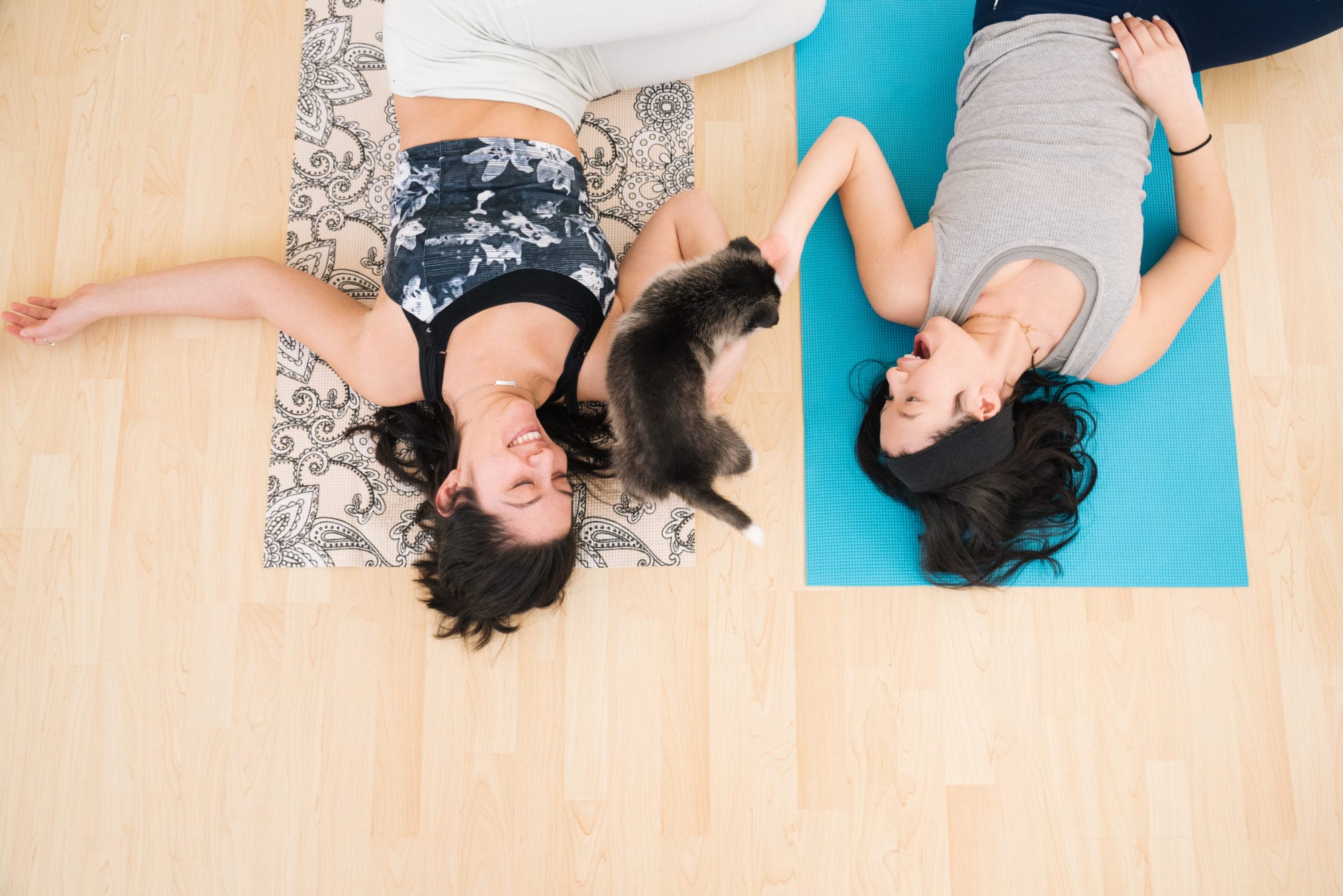 There were a few accidents, but the puppies managed not to pee on anyone’s mat: 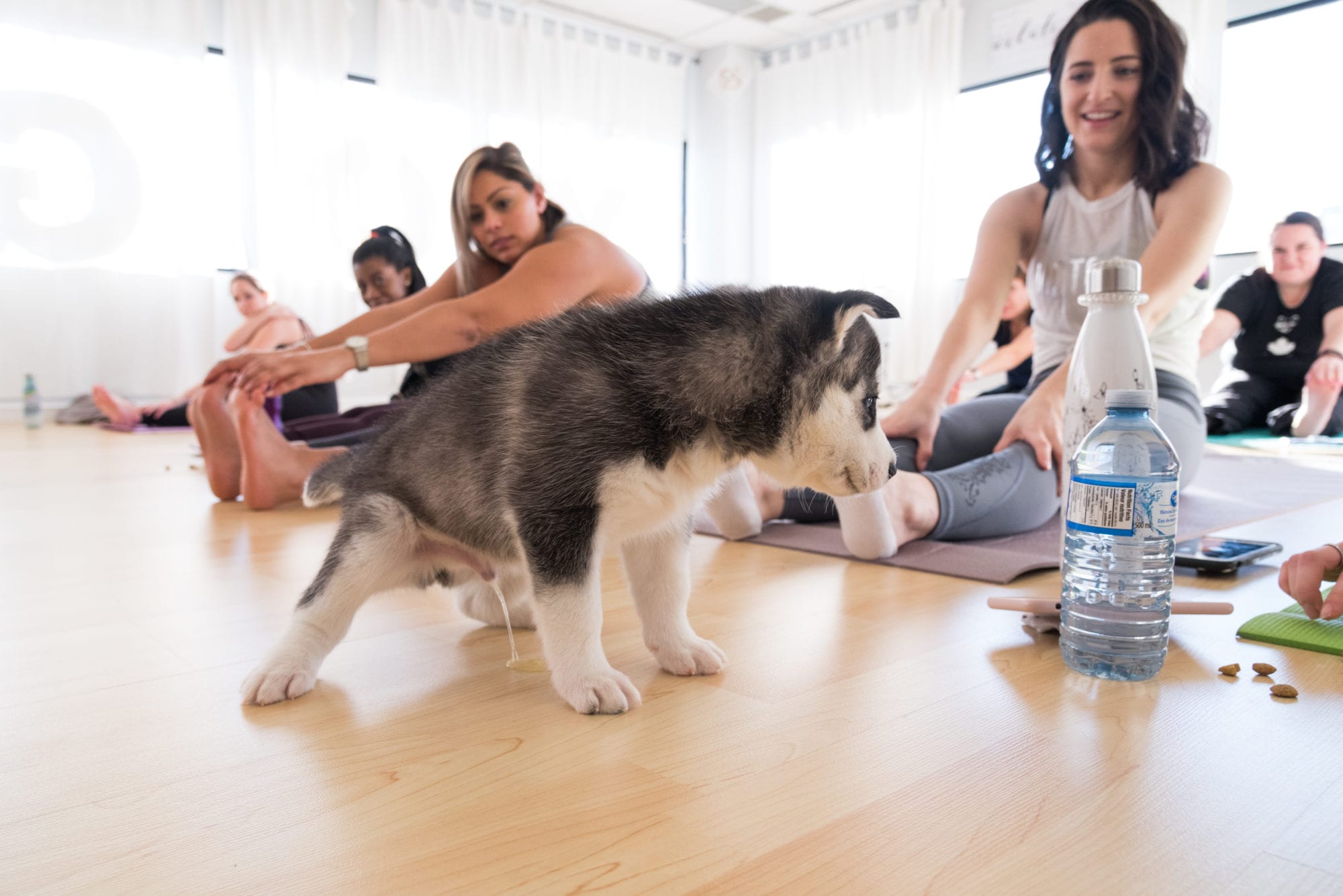 It is possible to remain in this pose with a puppy on your lap: 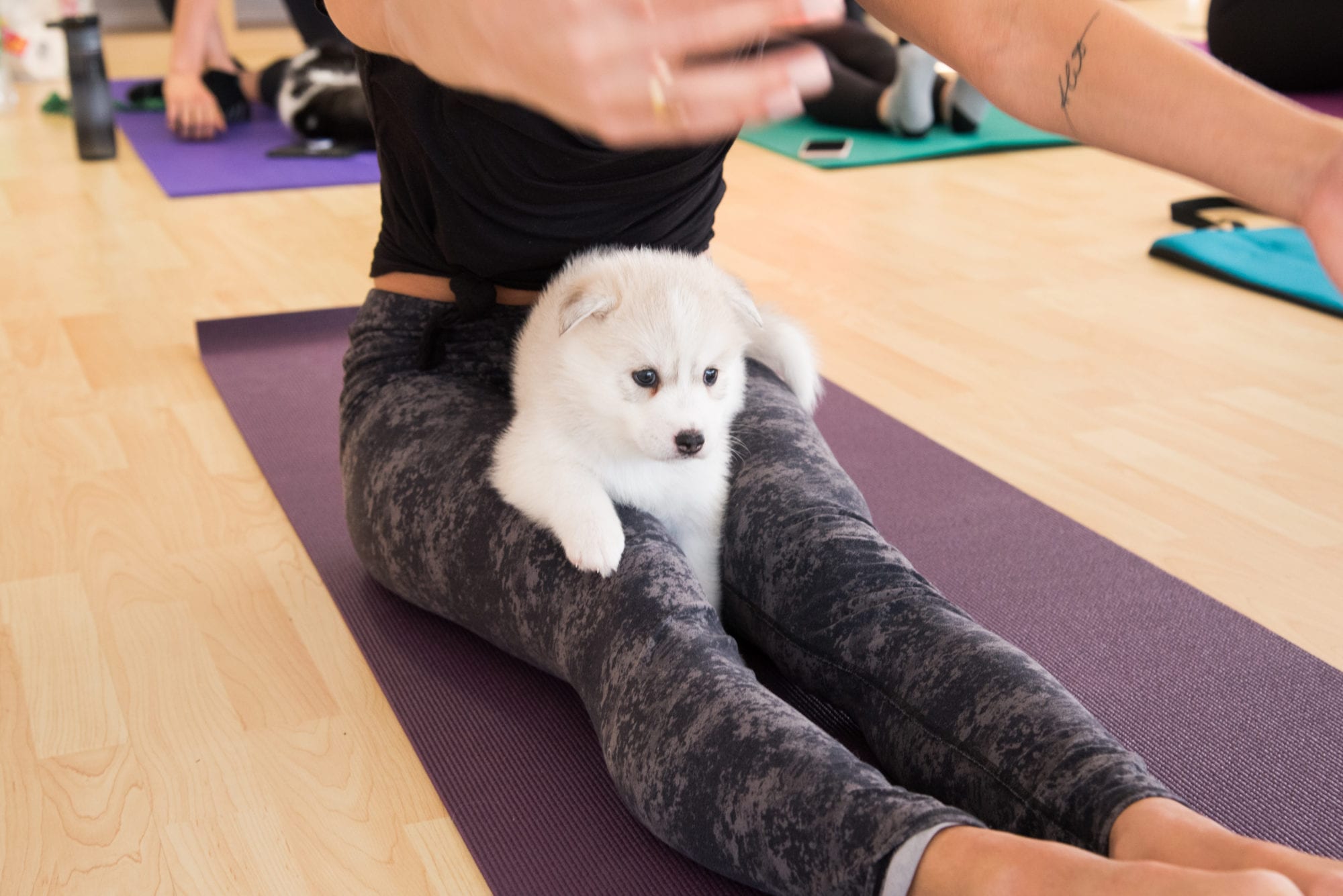 Bits of kibble were placed at the end of everyone’s mat to entice the pups: 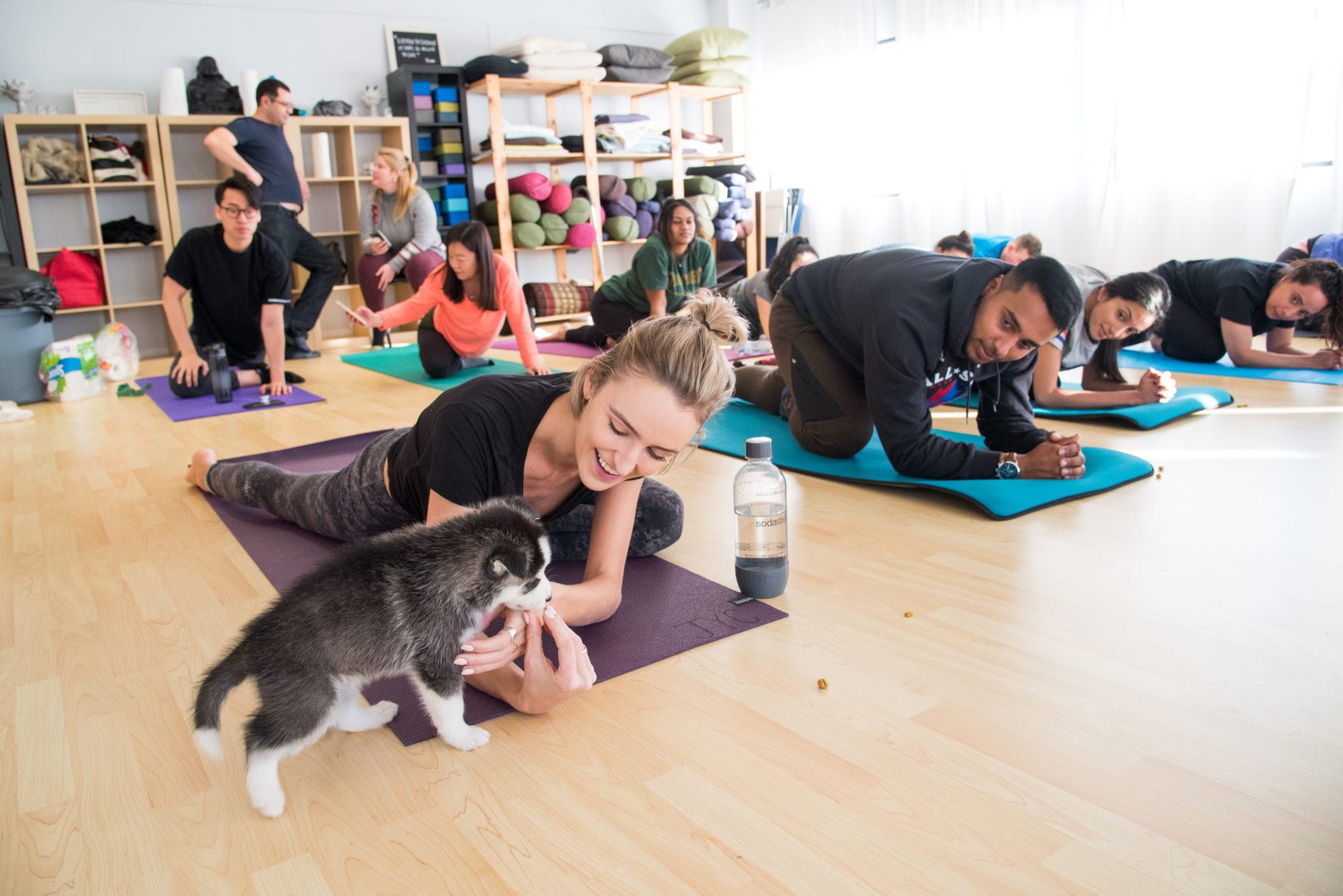 There were lots of giggles and audible “awwwwws” throughout the class: 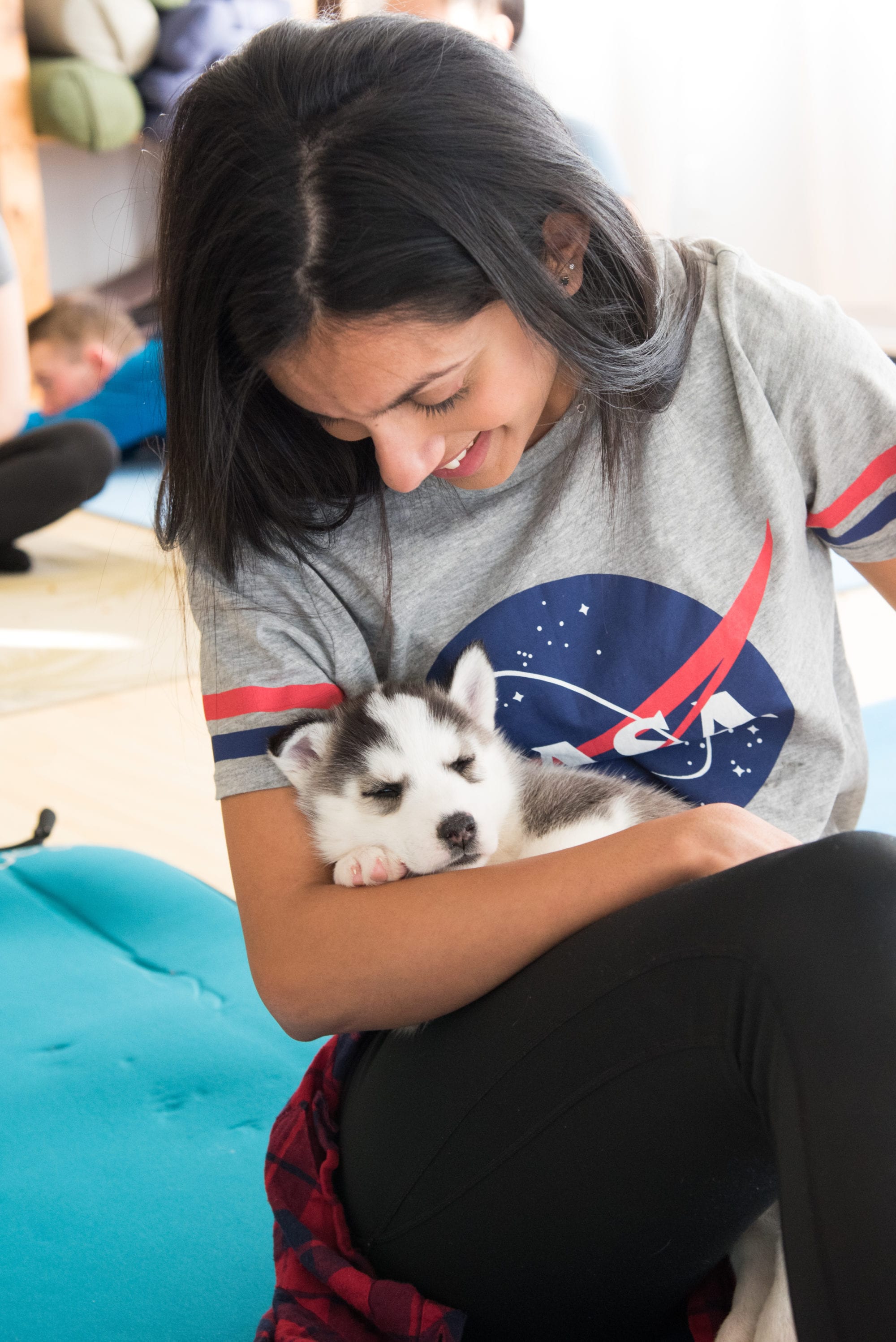 For 15 minutes after class, you can roam the room freely, pick up puppies for cuddling and photos: 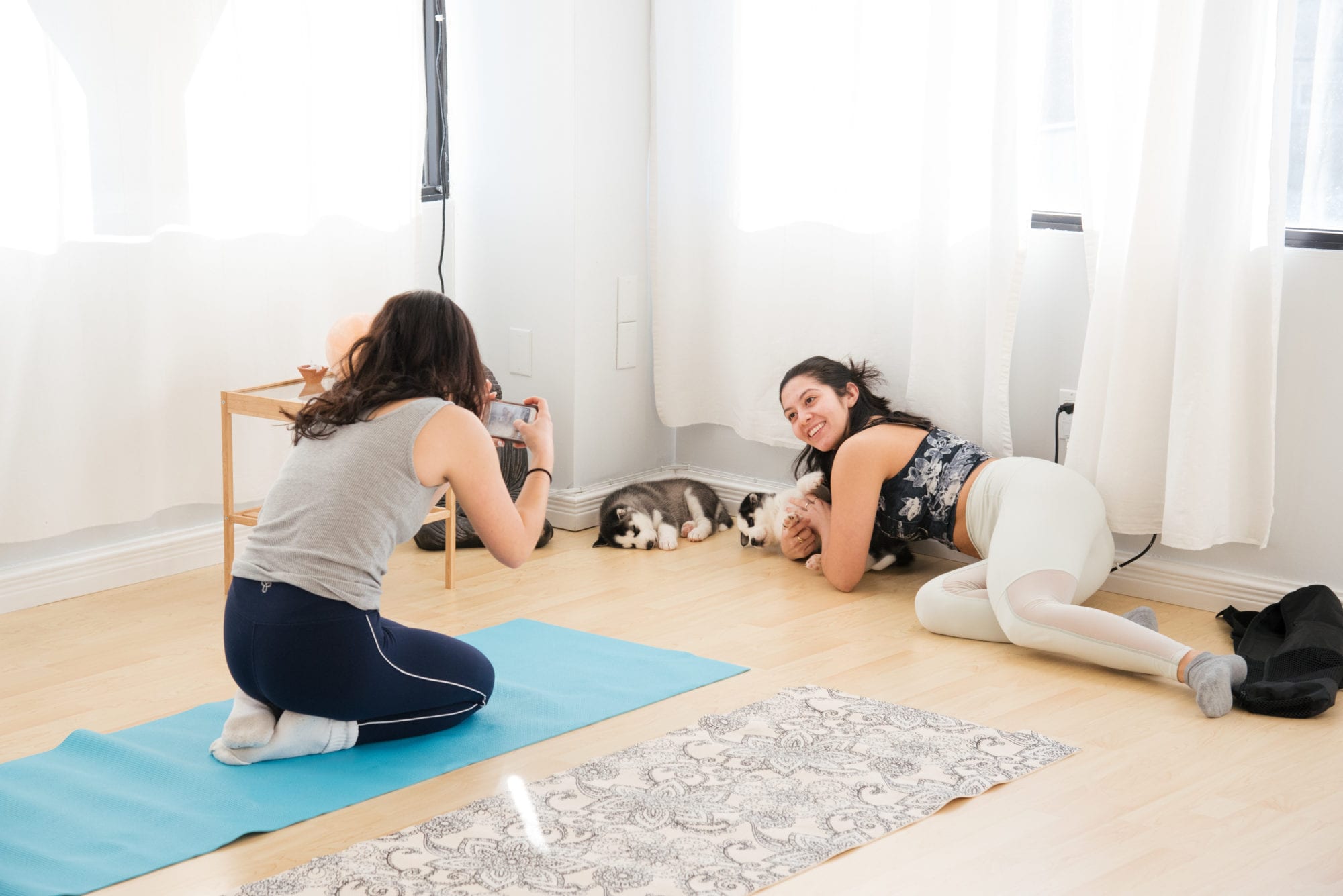