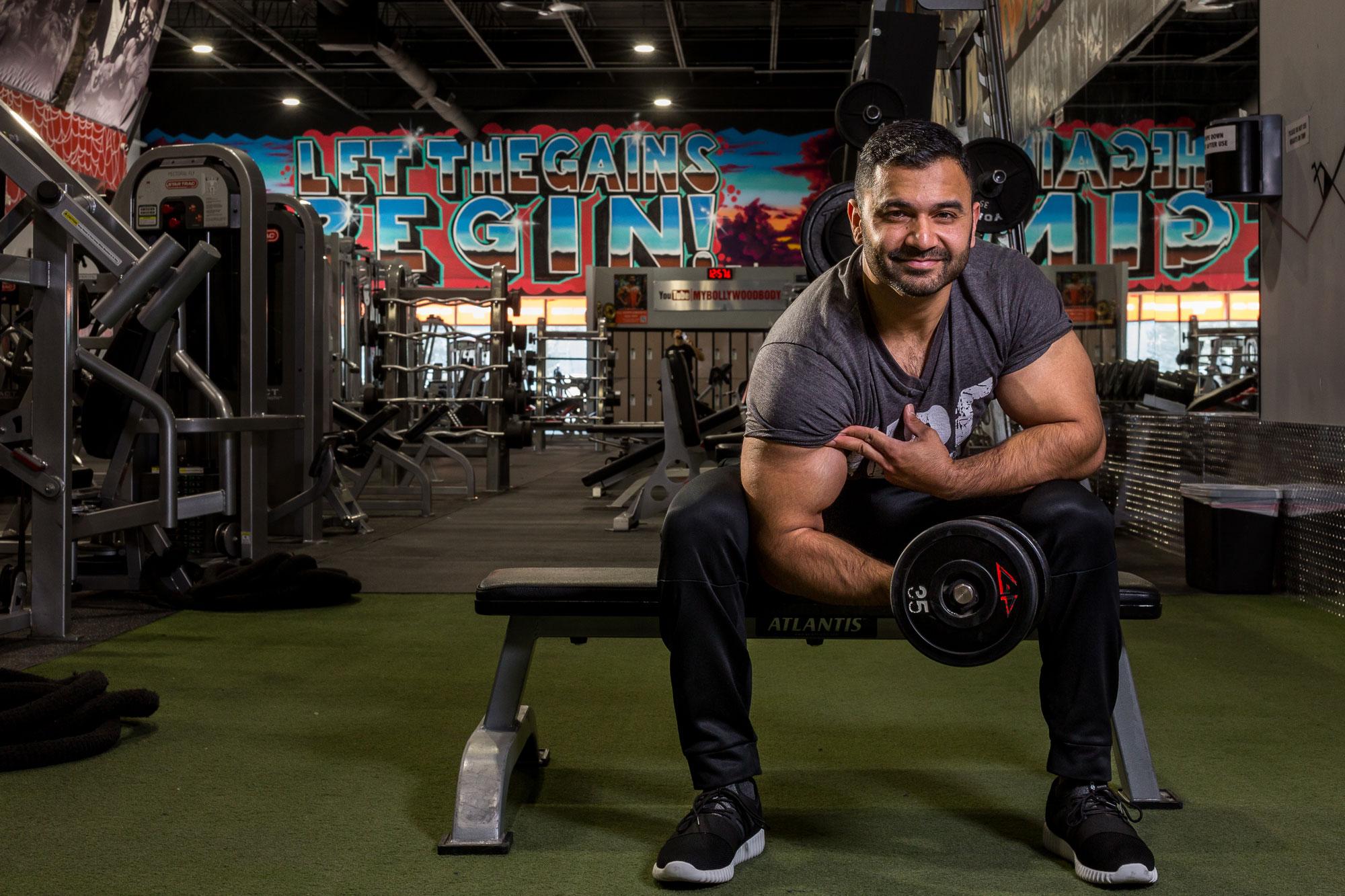 I started my personal training career in 2003 when I was 18. Within five years, I’d opened a private studio in Rexdale to train my clients, and I later expanded into a 2,000-square-foot private gym.

In April 2015, I began training Rupan Bal, a local Indian YouTuber who produces content with Jus Reign. He gave me the idea of starting a YouTube channel. I named it My Bollywood Body and decided to film in English, Hindi and Punjabi so I could reach a larger audience. That first month, I put out a few videos. Then, later that summer, I went to a youth picnic for the South Asian community. People came up to me and took pictures with me. They were like “We follow your videos.” It hit me so hard, like, Oh my god, we can make this work.

Later that year, I hired a full-time social media person, even though I only had 1,000 to 2,000 subscribers at the time. I got him to print out photos of other Hindi and Punjabi YouTubers who produce fitness content. I wanted to know what times they post their videos, what tags they’re using, how long their videos are. And once we had them all on the wall, we were like, “We’re gonna beat them one by one.”

In January of 2016, we started doing multi-day series, with a different workout each day. That November, we posted a video about fat loss workouts for women at home, and it got a million views within a matter of weeks. It now has 19 million views. It worked out so well that we started getting sponsorship contracts. By December of 2016, we hit 100,000 subscribers; six months later it was 500,000.

My plan was to start my own public gym when I hit one million subscribers. I reached that milestone in December 2017 and opened Muscle Mecca by My Bollywood Body two months later It’s a 10,000-square-foot gym in Brampton, and the whole project cost $1.2 million. We sold out of memberships within six weeks of opening.

By September 2018, all of my videos were sponsored—I charge around $4,700 to speak for 45 to 60 seconds and shout-out a product. Two months later, I mentioned in a video that I offer online coaching via text and email. I’d been doing it for years but never advertised. After that, we received 56,000 inquiries in one week about online coaching. I charge $110 a month and I give my clients biweekly nutrition and workout programs. They can reach out and chat with me about their programs, and I now have 3,300 active clients worldwide.

I work 100 hours a week, and I love it. I wake up at 4:30 every morning, and I’m in my gym by 5:30. I film there once or twice a week for two hours, which is enough to produce five to 10 videos. We don’t rehearse: everything is raw and unscripted and the videos get posted as-is. I still train clients in-person at the gym for 30 to 40 hours a week, then I spend about 60 hours a week talking to my online coaching clients and making their programs.

I spend $17,000 per month on social media promotion. I also have a video editor, videographer, PR manager and publicists in Toronto, Dubai and Mumbai. I have a huge following in India, Pakistan, the Emirates. I understand their culture, I understand their diet, so it’s easy for me to connect with them. I travel at least twice a month to meet with sponsors or to judge fitness competitions. I get stopped so often that it gets tiring. I’m frequently recognized by border services officers, police officers, security guys. They’re like, “Are you the guy from YouTube?” And I’m like, “No, no, no, I drive a cab.”

I’m so happy I can support my wife and three kids with my YouTube career. We just moved into a brand-new house in Bradford that cost a million dollars. We spent over $300,000 on finishes and furnishings. I also have another income property and four cars. I’m getting my latest acquisition next summer: a $250,000 McLaren.

Are you Internet famous? We want to talk to you.