I planned to give birth surrounded by tranquil music and beeswax candles. Instead I had my baby in a hospital parking lot

I planned to give birth surrounded by tranquil music and beeswax candles. Instead I had my baby in a hospital parking lot 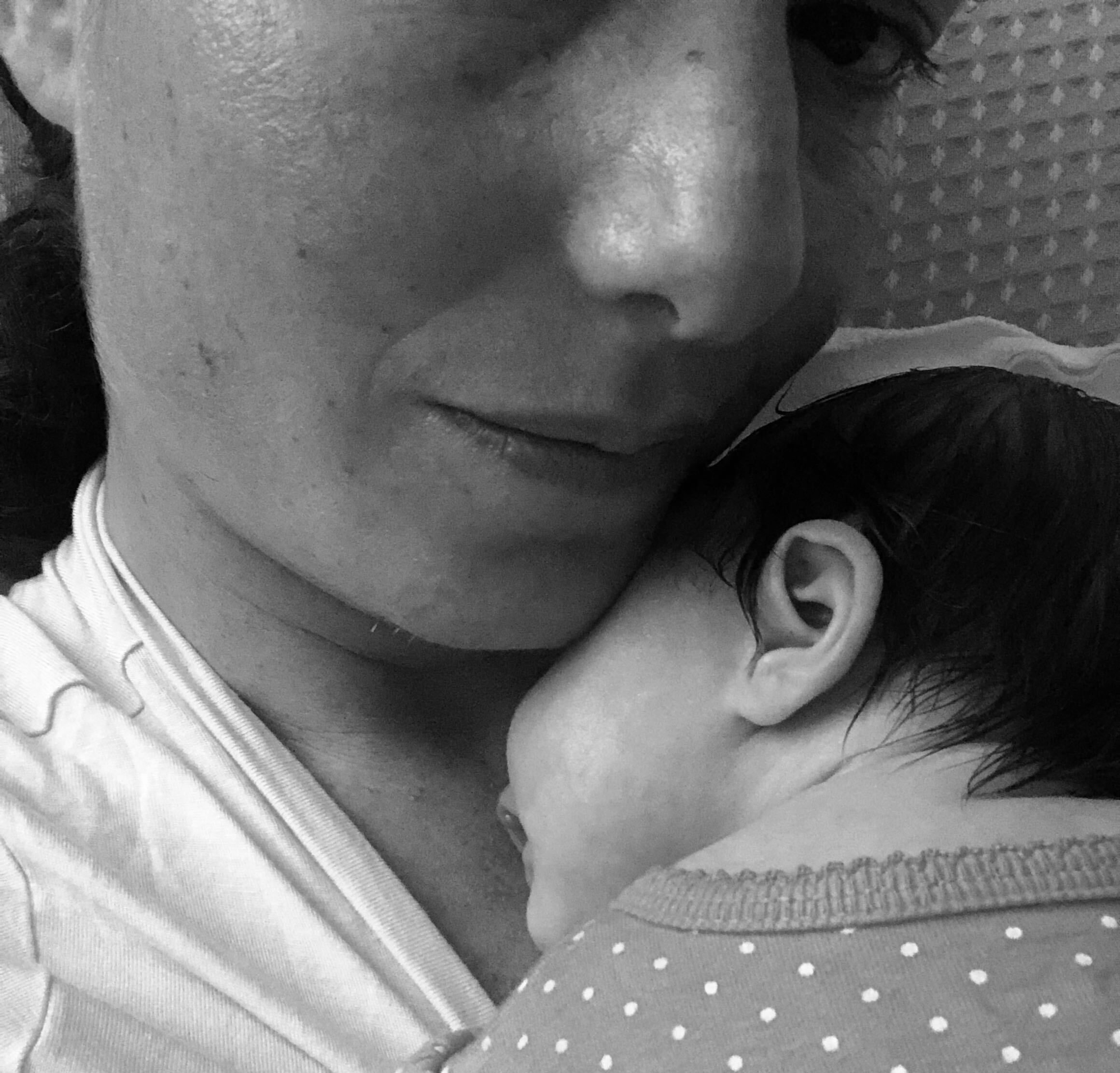 Last September, at age 38, I peed on a stick and learned I was pregnant. Even though I have deep concerns about the future of humanity, my intense biological desire to procreate and care for a tiny human won out in the end. My partner and I were overjoyed. I developed an elaborate birth plan: I would labour with my midwife and my doula friend until I was six centimetres dilated, then I would transfer to the hospital. We’d taken a five-week hypnobirthing class, and I planned to have a calm experience surrounded by beeswax candles, meditation tracks, music, bone broth, lemonade and snacks.

Then, seven months later, the pandemic hit. Suddenly, I had to grapple with a new reality. What kind of future were we walking into? We already live in a world of climate catastrophe, corruption, greed and racism. The coronavirus seemed to add yet another item to the laundry list of hardships our future generations would have to bear. As Covid-19 began to shape every facet of life, I joined an online community of pregnant women called the Cheerful Sisterhood, run by a Canadian midwife living in India. We gathered weekly to discuss our fears and hopes for our future children, and supported each other through learning and meditation.

From the beginning, the pandemic demanded that we alter our plans. I had to go to medical appointments alone. I had to walk into buildings full of masked folks, which was very unsettling. And I wouldn’t be able to have the midwife and doula in our home during labour and after the birth. But I often thought of a Yiddish proverb: “Man tracht and Got lacht.” It means, “man plans and G-d laughs.” During my pregnancy, I came to understand the importance of flexibility in times of crisis. I was worried, but I was grateful that I could still have my partner and midwife in the hospital for the last stages of labour.

Between March and May, I spent the majority of my free time talking to friends and fellow parents on Zoom, discussing the ins and outs of giving birth during Covid, the risks for new mothers and their babies, and how we would adapt our birth plans. It was remarkable how the birthing community came together to support one another during these times.

Just before midnight on May 20, four days past my due date, I began to feel cramping. It was my first pregnancy, so we anticipated a long labour. But I’m never one to follow convention. Just a few hours later, I felt the overwhelming urge to push, and we realized we were in an urgent situation. By 5:50 a.m., we knew the baby was on her way.

My partner and his 19-year-old daughter helped me on what seemed like a marathon trek from the front door of our basement apartment in Bathurst Manor to the car. It felt like I was pushing a basketball out of my vagina. I crawled into the back of the car and got on all fours while my partner drove us to North York General. Lauren rubbed my back as I moaned and groaned. Suddenly, I could feel the baby’s head pushing out of me. I screamed, “I’m crowning!” At first, my partner didn’t believe me. It was too soon. “Hold on, honey, we’re almost there,” he called to us in the backseat.

I didn’t think I could hold her in for another minute, let alone long enough to get to the hospital. Then I found the strength to look up, and I saw the spectacular rays of a late-May sunrise. I remembered the beauty of life, and I was calm enough to keep the baby in my womb for a few more minutes.

When we finally arrived at the hospital, my partner bolted from the car, scrambling to find the entrance in a maze of locked doors. “Help us,” he screamed. “We’re having a baby!” As Lauren helped me crawl out of the car, I experienced a moment of pure instinct, shedding all semblance of logic, self-consciousness and insecurity. I exited the car, stripped off my clothes, put my hands on the car door, spread my legs and said, “Lauren, get behind me and catch the baby.” After one swift and powerful push, our beautiful baby girl was born and caught by her older sister in the parking lot of North York General Hospital, just as the sun rose to welcome her to Earth.

At first, the baby didn’t cry, and Lauren feared there was something wrong with her seconds-old, cone-headed, purple-faced sister. When the baby finally wailed, Lauren passed her through my legs, and I blissfully held her on my naked body. Moments after my partner had left the two of us in the car, he returned and saw me standing naked in the open air, covered in blood and holding a new baby girl in my arms.

Mere moments later, my partner’s calls for help were finally answered as dozens of medical staff flooded to the scene. As they lay me down in my oxytocin-blissed joy, I looked up at all the masked faces and saw the kindness in everyone’s eyes. I felt safe and supported.

We’d called our midwife en route, so she was already at the hospital. She pushed her way through the crowd, and somehow I recognized her from behind her mask and scrubs. “Karen, is that you?” I asked. I was overwhelmed with emotion and burst into tears as she cut the cord that had bound me to my girl for the previous nine months. My partner took our daughter inside to warm up while the doctors kept me on the concrete to make sure I didn’t hemorrhage. A few minutes later, we were reunited inside the hospital.

Soon after, I had to get a Covid-19 swab, which was almost as excruciating as labour. And over the next 24 hours, I witnessed how the pandemic was affecting the birthing wards, as nurses checked in on us from behind a plexiglass shields and mothers were forced to spend the first hours with their babies without visits from family members. And yet even alone, the moments were so precious. Over those 24 hours, I got to intimately bond with my daughter and gaze into her big beautiful eyes. I learned how to breastfeed. And I felt deeply cared for by the nurses, even though I couldn’t even see their faces.

Despite having a baby in the parking lot in the middle of a pandemic, I will never forget the kindness of the hospital staff, my raw and ancient instinctual power, and the beauty of the sunrise that morning. We named our baby Mira Orli, inspired by the radiant sun: in Hebrew, “Mira” means “the one who shines” and “Orli” means “my light.” She brought whole new meaning to the idea of curbside delivery.