My husband and I adopted a baby with Down syndrome. Now we can’t imagine our lives without him

My husband and I adopted a baby with Down syndrome. Now we can’t imagine our lives without him 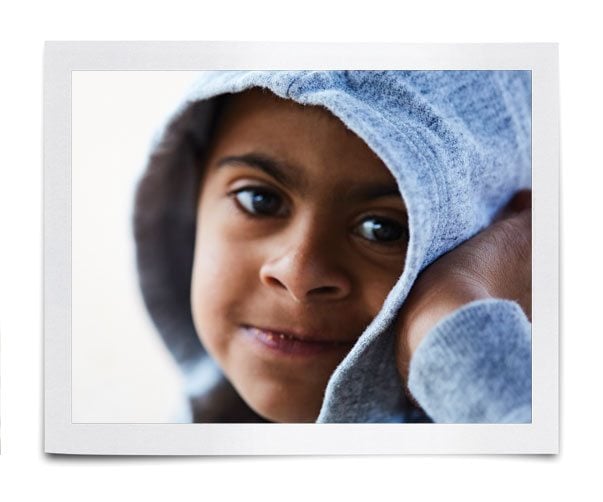 Carlo and I always wanted to fill our home with children. But in 2009, after we’d spent four years and nearly $20,000 on IVF, we accepted the fact that we couldn’t conceive. We were frustrated. We wanted nothing more than to start a family, but it seemed to be taking forever.

We decided to adopt. For the Children’s Aid Society to consider us, Carlo and I had to submit our fingerprints and have a police check done, provide financial proof that we could support a child, and answer a litany of invasive questions about ourselves, our lives and our relationship. We filled out a questionnaire about what kind of child we were willing to adopt. Would we adopt a deaf boy or a girl with a physical disability or a child with a family history of schizophrenia? It felt wrong to shut the door on special-needs children, so we remained open to everything.

In October 2010, we drove to the Metro Toronto Convention Centre for an adoption resource exchange, where prospective parents like us could view children from across Ontario who’d had difficulty being placed. Children’s Aid agencies pinned up portraits of smiling faces, looped heartrending videos of adoptable kids and handed out resumé-like profiles of the children available. It was overwhelming. How were we supposed to know which child was right for us? 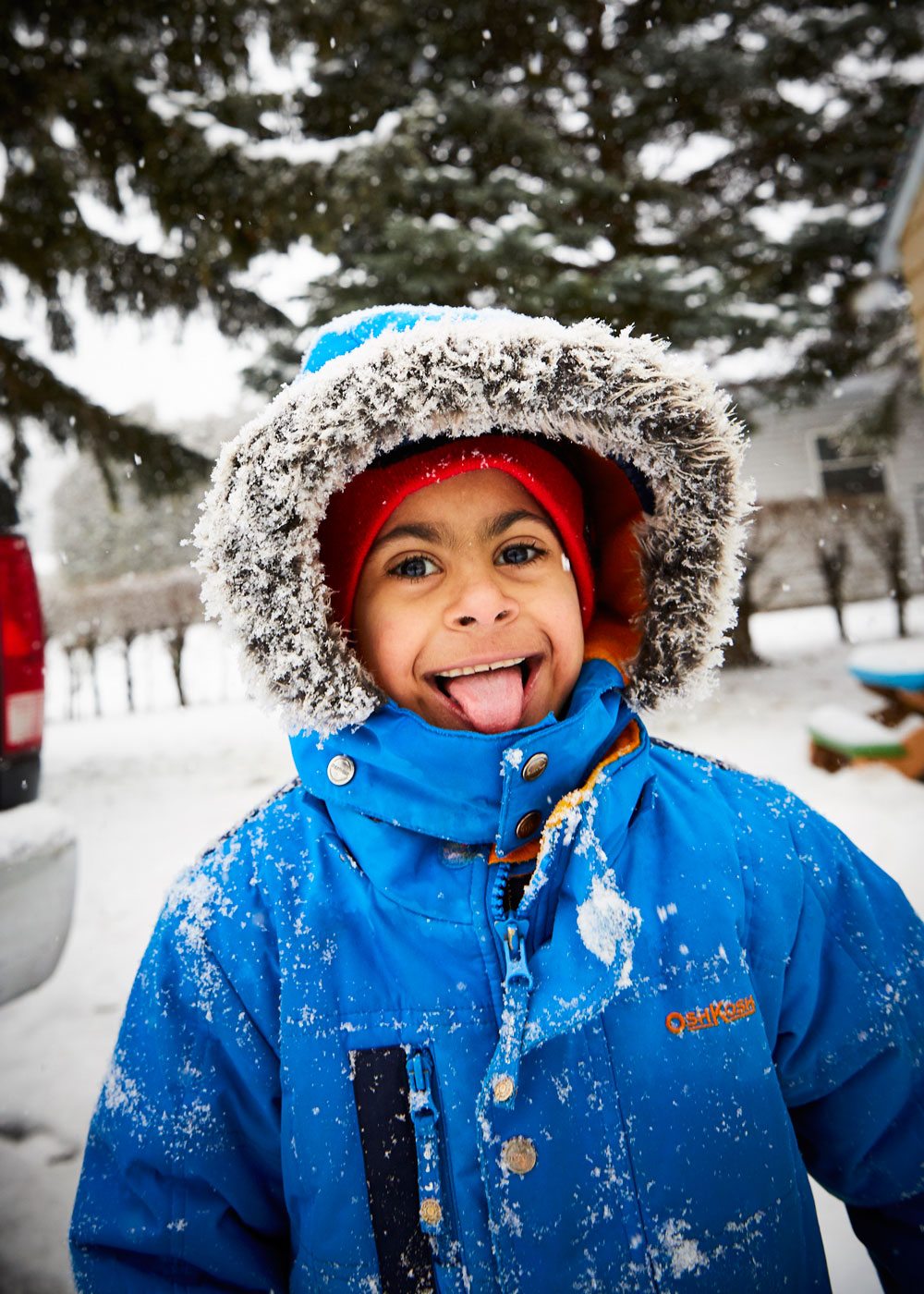 Our anxiety subsided when we saw Liam’s beautiful brown eyes staring up at us from a photo at one of the booths. He was four months old, and his parents had put him up for adoption because they felt unable to raise a child with Down syndrome. He was adorable. We left our information at the booth, a no-commitment gesture expressing our interest. 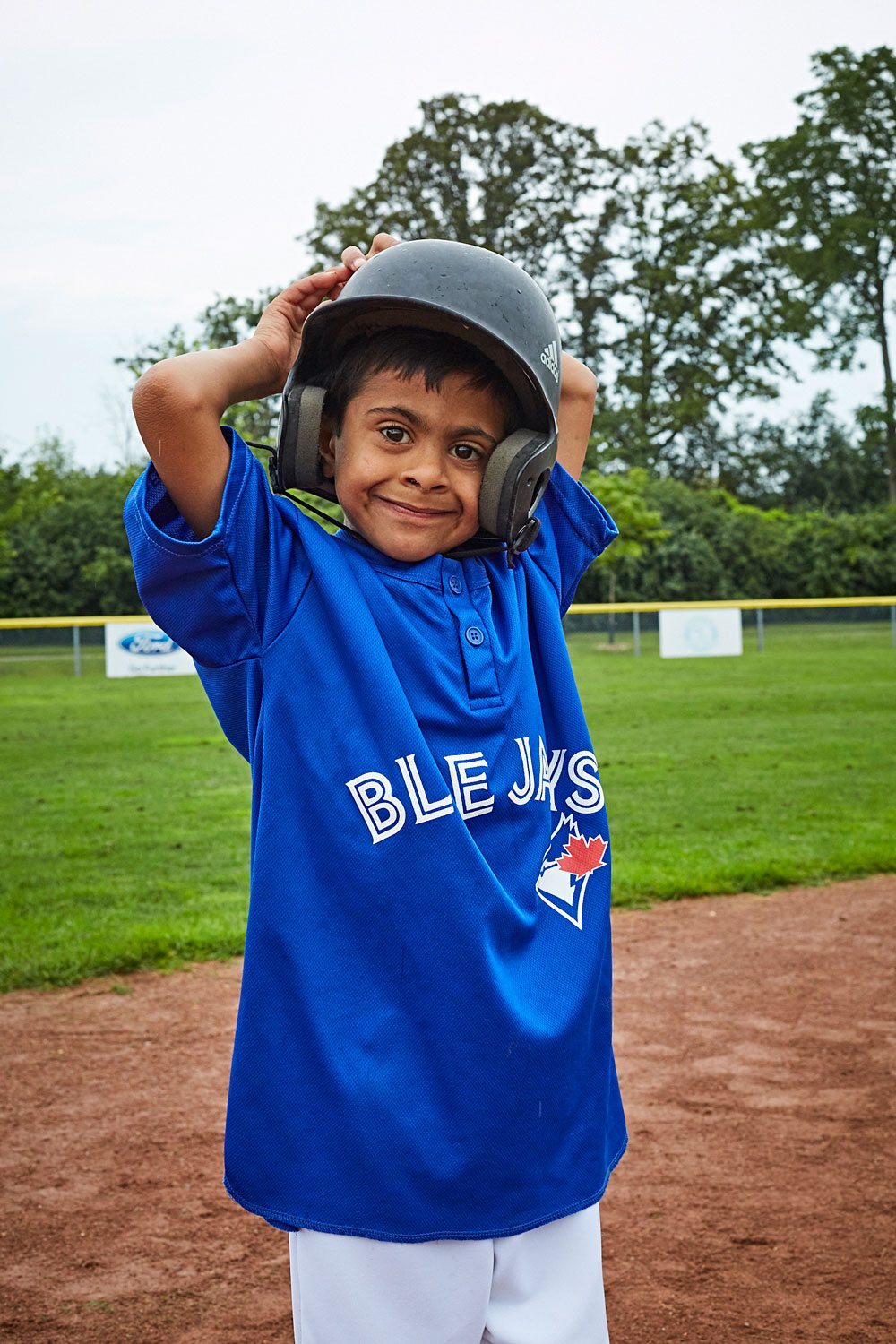 Over the next month, CAS sent us more photos and info about Liam. Carlo and I paused. Could we really parent a child with Down syndrome and handle the extra stress that came with it? He’d likely need physio and speech therapy and experience behavioural problems. He might struggle with his neck and thyroid and require surgery. But by the time CAS asked to meet us, we were confident Liam was the right child for us—we felt we could give him what he needed to thrive. We would adopt him if they believed we were also a match for him.

The CAS workers were warm and welcoming. They all but told us that if we wanted Liam, he was ours, and to our surprise, his foster parents invited us to their house that day to meet him. Nervous but excited, we accepted. They ushered us into their home, led us to their living room couch and placed Liam in my arms, as peaceful and cute as we remembered from the photos. I wish I could say I felt a special connection with him. But, to me, he still seemed like a stranger’s baby. Everything was happening so quickly. My heart needed time to catch up.

Liam officially became a part of our family on December 9, 2010. Carlo and I sat at home in jittery anticipation, waiting for a knock on the door. When his foster parents arrived, they handed Liam to us with a box of his toys and clothes. We sat in our living room for hours, admiring him as he napped. Our dog, Canon, sniffed Liam and wagged his tail approvingly. Slowly, it began to sink in. We weren’t Liam’s babysitters. We were his parents. 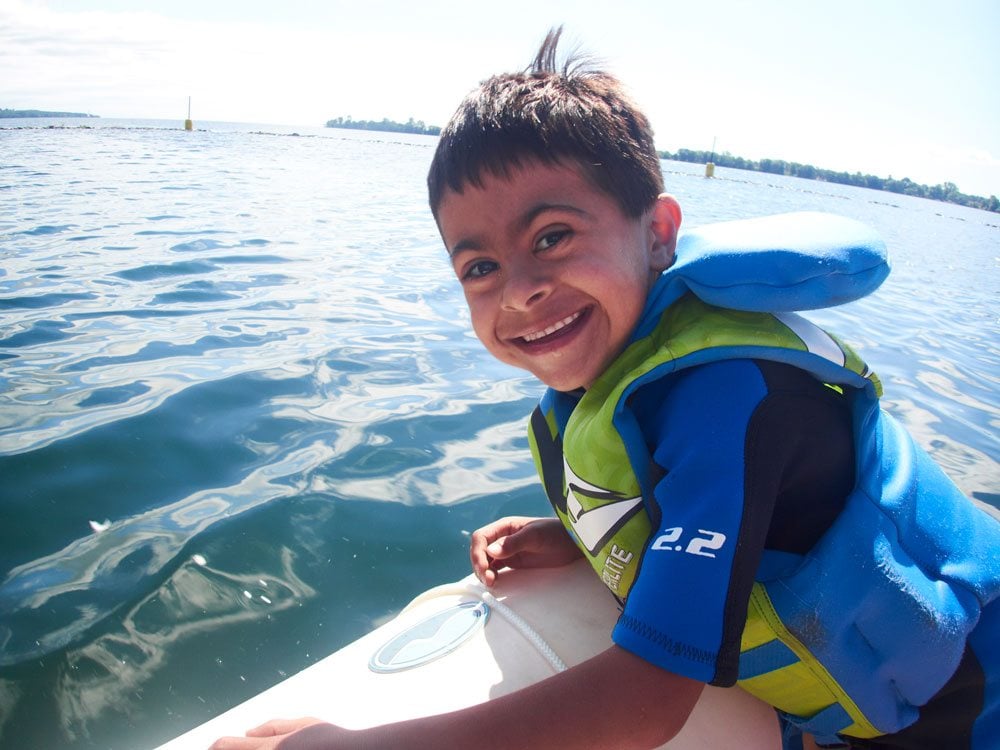 To prepare us to raise Liam, we researched services he might need as he grew up and joined the Halton Down Syndrome Association. We learned he had mosaic Down syndrome, a rare strain in which the disorder doesn’t affect all cells. As a result, he was a strong, steady boy without any major medical issues. So far, our special-needs child had few special needs.

That changed around the time Liam became a toddler. While other kids his age were picking up language, Liam fell behind. He struggled to pronounce certain sounds and find the right words. We enrolled him in speech therapy and he made progress, but he still tends to express himself with physical gestures. We’ve since adopted a second baby, Jamie, who is two years younger than Liam. Jamie is the best thing that’s ever happened to Liam—he challenges and teaches him like no one else. At home, Liam loves wrestling with Jamie on our living room floor. Unfortunately, Liam doesn’t realize he shouldn’t treat his classroom like a UFC cage, too.

It’s hard to decide what to tell people about Liam. We want him to participate in regular activities like basketball and gymnastics, but we worry that by telling his teachers and coaches about his Down syndrome, we may doom him to lower expectations. We can’t deny that Liam is different: even now, at age seven, simple things like printing and doing up zippers are hard for him; he needs an educational assistant by his side at school, and he doesn’t fully grasp the curriculum. He still attends regular classes, but he may one day transfer into a life-skills program, which prioritizes practical abilities like everyday math over theoretical concepts like algebra.

For parents of a child with Down syndrome, small milestones are that much bigger. Watching Liam learn to read, dress himself and play sports, we are so proud. We dream, like any parents, that he will go on to enrol in college, find a job and live a fulfilling, independent life, even if he gets a little extra help from Mom and Dad. When people hear we adopted a child with Down syndrome, they think we’re saints or fools. Neither is true. We were just being selfish. We wanted a child, and we got not one but two exuberant, goofy, loving little boys.

Laurie Mendoza is a respiratory therapist in Oakville. World Down Syndrome Day is March 21.