Everything you need to know about SickKids GetLoud

Everything you need to know about SickKids GetLoud

The fundraising extravaganza that will help build a new SickKids

In case you haven’t already seen the tear-jerker of a video, The Hospital for Sick Children (SickKids) is undertaking a massive new fundraising campaign—to the mind-boggling tune of $1.3 billion—so they can construct a renewed, reimagined hospital, support ground-breaking research and build meaningful partnerships for coordinated care. (The current building was completed almost 70 years ago, and aside from a 1993 expansion on Elizabeth Street, hasn’t had any major infrastructural developments.)

The entire campaign is called SickKids VS Limits, and the committee has already kicked off the project with over one hundred million-dollar pledges from major donors. For non-gazillionaire Torontonians, though, the Foundation’s GetLoud event on September 29, featuring a powerful march followed by a super-fun festival, is the ultimate way to get involved in the project and make a noticeable difference. SickKids is no stranger to throwing fantastically fun fundraisers, and GetLoud is sure to be the most unforgettable yet. Here’s what you need to know: 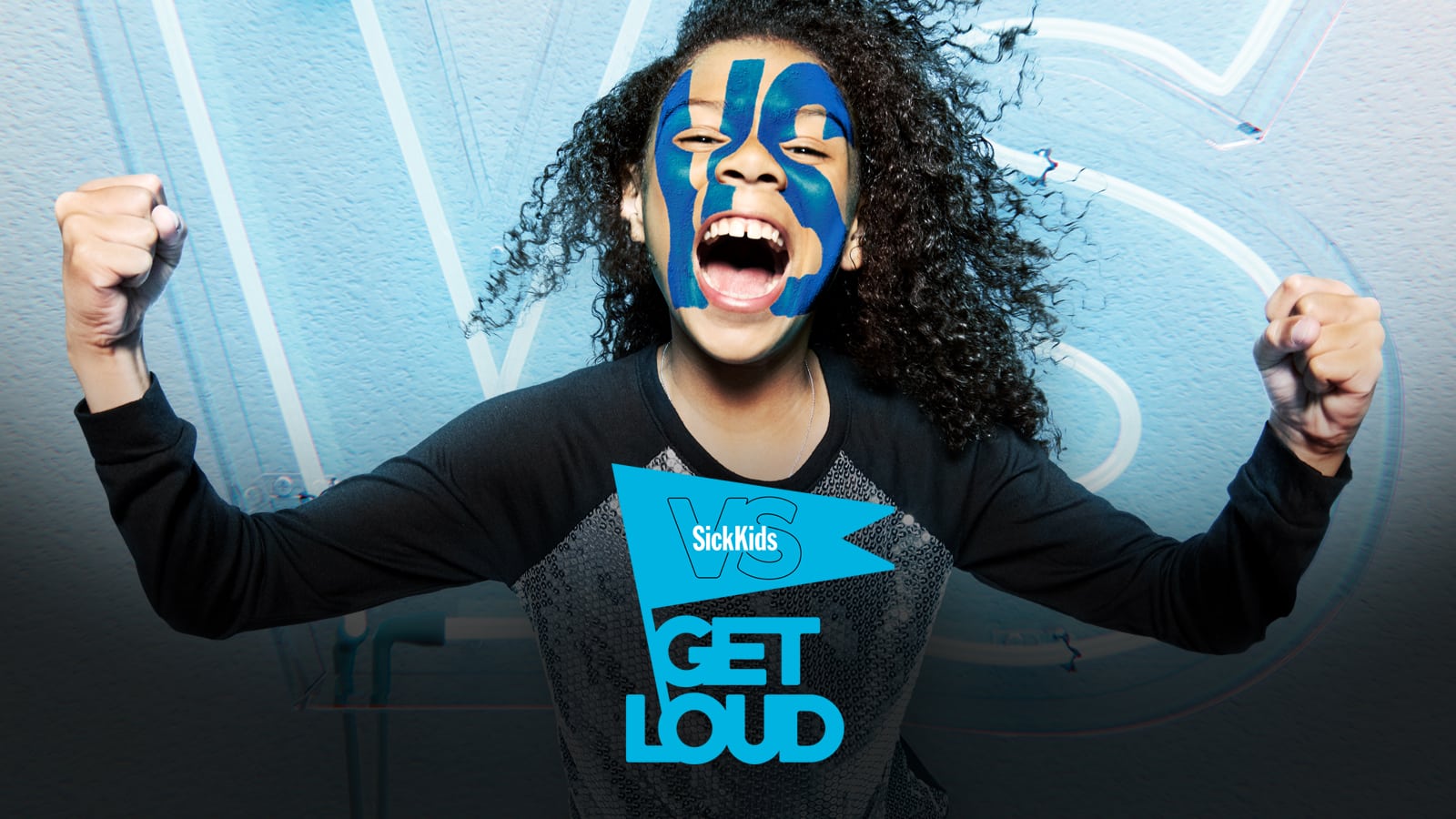 You won’t be marching alone (or even that far)
The event’s goal is to have over 3,000 participants—meaning there will be a bona fide army rallying strong for the VS vision. Registration kicks off at 9:30 a.m., with the walk starting at 10:45 a.m. The five-kilometre route will finish at Fort York, where the festival will come to life. Marchers will be surprised by cheer squads and other entertainment (think: stilt walkers, drum groups) along the way, providing that extra boost of energy to cross the finish line with an ear-to-ear grin.

The fundraising minimums are reasonable
The key to the success of the festival is maximizing participation, so the fundraising goals are relatively easy to meet. For those who wish to participate in the March Only – there is no registration fee, and no fundraising minimum, although adults are encouraged to set a goal of at least $300, and youth a goal of $100. To participate in the March and Festival, there is a $30 registration fee and a mandatory fundraising minimum of $300 for all adults, while youth are encouraged to raise $100 each. If you start to reach out to your network now, even requesting donations as small as $25, the goal certainly can be hit by late September. The campaign is the type of enormous undertaking that will require every last dollar—so there’s definitely no amount too small to give.

There are a bunch of ways to get involved
Participants can register as an individual or as a team by following this link. There’s also a corporate challenge for businesses, which would turn the entire day into a meaningful team-building activity, spark some friendly competition among industry competitors and reinforce your company’s charitable leadership all at the same time.

The follow-up festival is going to be bonkers
The festival will get going at Fort York as the first marchers arrive around noon, and will continue until 4 p.m. In keeping with the GetLoud theme, the concert will be headlined by 2018 Canadian Music Hall of Fame inductees, Barenaked Ladies, and will also feature Toronto-bred quartet MAGIC!, Said the Whale and The Mini Pop Kids. Everyone’s guaranteed to be on their feet dancing, even after walking for five kilometres. Toronto’s top food trucks will also be providing a drool-worthy BBQ spread, and there will be a beer tent for a much-deserved post-march pint. Parents can reward their kids for participating with some seriously awesome activities.

It’s a totally feel-good celebration
Is there a better way to spend an early autumn day than by joining thousands of others in a rallying cry for a desperately needed new hospital for children? (Hint: there isn’t.) Award-winning performers and mouth-watering eats aside, knowing that you’re contributing to the super-worthy cause—and literally saving children along the way—will provide the ultimate endorphin rush.

You can say you helped raise $2.5 million for a historic project
Seeing the actual, monetary results of your fundraising will also be pretty sweet.  The goal of this year’s event is to raise $2.5 million for a new SickKids. The vision? A place filled with state-of-the art technology, the latest advances in clinical procedures and the very best practices in family-centred care. Here’s hoping the fundraising goal will be smashed—and along with it, the limits of the old building!