“Everyone stands on their balconies to applaud the frontline workers”: What it’s like to be quarantined in Spain

“Everyone stands on their balconies to applaud the frontline workers”: What it’s like to be quarantined in Spain

I grew up a sports-obsessed kid in Richmond Hill. Whether it was soccer, volleyball or basketball, I wanted to play. After high school, I got my bachelor’s degree in kinesiology at York University, because I wanted to be the physiotherapist for a professional soccer team. Once I graduated, in 2017, I had a change of heart. I realized that I was more passionate about taking photos, shooting videos and creating other stuff for the Internet. So I started looking for postgraduate programs that could potentially lead to a career in content creation. That’s when I found the perfect opportunity, a master’s in visual and digital media at IE University in Madrid, Spain.

I’m a huge soccer fan and, at the time, Cristiano Ronaldo played for Real Madrid, one of the local teams. That made it a no-brainer. I moved to Madrid in late 2017, met a lot of people, got my master’s after a year and took a job in communications with the business school at the university.

The lifestyle in Madrid is usually very social. I live in a one-person apartment with a balcony and a small kitchen, in a cool neighbourhood called Salamanca. It’s similar to Yorkville, except more affordable. There are many great bars and restaurants. A couple of times a week, my friend Carlo and I watch soccer at local Spanish bars, where people root for Real Madrid and Atlético Madrid with incredible passion. It’s similar to how Torontonians worship the Maple Leafs.

In January, when I first heard about coronavirus, my colleagues at the university were discussing the outbreak in China. I mostly ignored it. I don’t think anyone anticipated how contagious it would be. I guess I thought it would be somewhat contained, like SARS. The university has students from all over the world, including China, so we had major celebrations planned for Chinese New Year. When my colleagues at the university decided to move the events to a smaller venue, and major European football clubs were playing without allowing fans in the stadium, I knew things were getting serious. 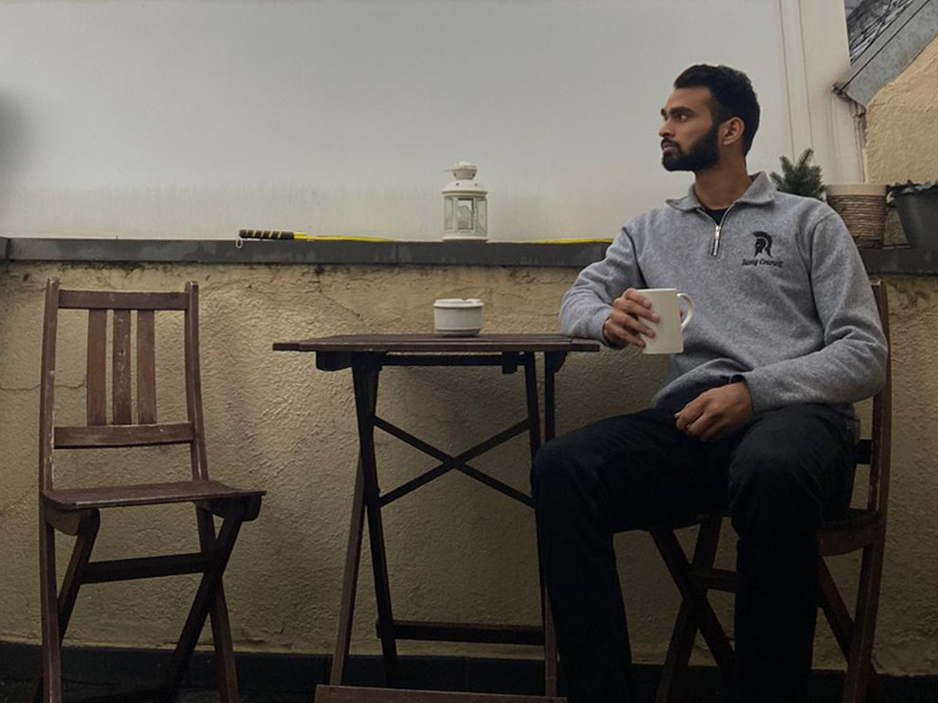 On February 26, the first positive cases of coronavirus were confirmed on the mainland in Spain. A day later, an IE student who had recently travelled to Italy tested positive for Covid-19. Thankfully, he’s fine now. Unfortunately, people in Spain still weren’t taking the virus seriously. The government also didn’t know how to handle it. They canceled Las Fallas, a famous Valencian festival, while allowing 120,000 people to gather for a feminist rally in Madrid.

In early March, I got sick with tonsilitis. At the time, my parents were visiting pilgrimage sites in Portugal, Spain and France with a group of people from their church. I flew to Lisbon for a couple of days to meet them. Because of the tonsilitis, my immune system was compromised, so I took it very seriously. I wore a face mask. Only a few other people on the flight were doing the same. There was no hand sanitizer at the airport and nobody on the street in Lisbon wore a mask.

By the time I got back to Madrid, on March 10, schools had closed and people were working from home. That’s when the panic started. As the death toll started to rise, the government declared a 15-day lockdown. Now, drones police the streets and you can be fined for being outside, unless you’re going to the pharmacy, grocery store or hospital. People think the quarantine will last much longer and that the prime minister, Pedro Sánchez, will announce something soon.

I’ve only left my apartment once since the lockdown. Carlo and I went to the supermarket near my apartment to stock up on food. The streets were completely deserted, an uncanny sight in a city that’s usually bursting with energy. They handed out plastic single-use gloves at the door to make sure we didn’t contaminate anything. The checkout lines were really long. Spaniards usually shop every few days and grab a small number of items, so it was strange to see people completely stuffing their grocery bags. I managed to get everything I needed: milk, coffee, pancake mix, pasta and vegetables. I’ve only got a mini-fridge, so I didn’t buy too much. 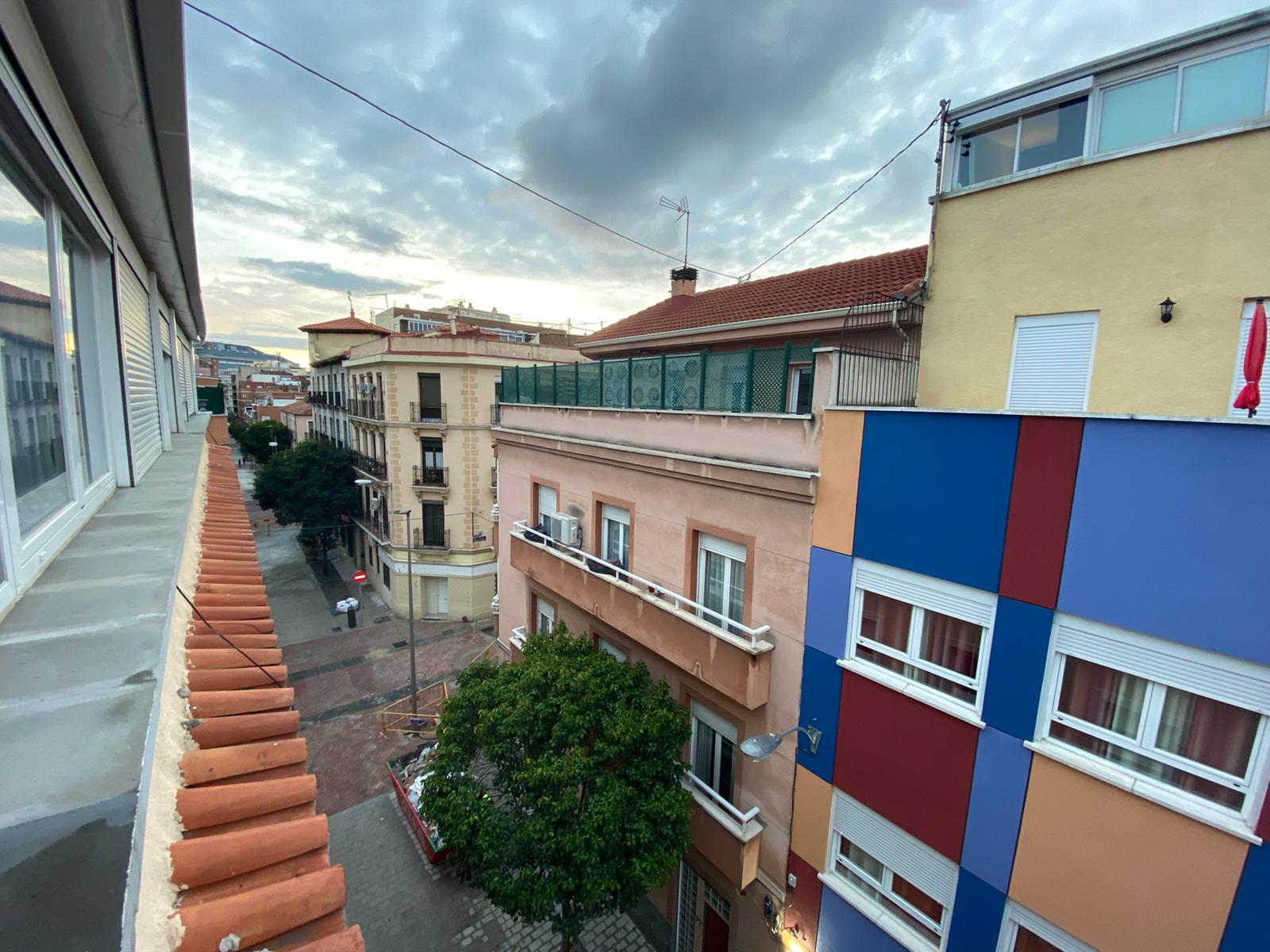 At night, Spaniards are doing something amazing. Around 8 p.m., everyone goes onto their balcony to clap and applaud the doctors, nurses, police officers, grocery workers and garbage men who are risking their lives during the pandemic. Some people bang pots and pans, others whistle and play guitar. It’s incredible to see everyone coming together in such uncertain times.

The university is going to be closed until at least April 14. I’ve been doing a lot of bodyweight exercises to stay fit. I have to say, home exercising is not very motivating, especially compared to training at the gym. It takes a lot more to stay disciplined, since it’s easier just to sit on the couch and watch television or pick from the fridge. So far, I’m doing a good job of staying healthy. We’ll see how long it lasts.

I’m lucky. I’ve got a PS4, so I can kill time playing soccer video games. I can keep in touch with my friends on WhatsApp and FaceTime. We might start our own version of an online book club. I’m really looking forward to reading Jordan Peterson’s 12 Rules for Life, which is collecting dust on my bookshelf right now.

It’s super hard to fly out of Madrid right now. There are very few flights. My parents want me to come home, and I could probably get a ticket, but it seems safer just to hunker down in my apartment until this ends. I would hate to contract the virus on the flight home and put people back in Toronto at risk. I just hope Canadians can understand how serious things are in Europe.