Ever since New York opened its High Line in 2009, Toronto has quietly envied the genius of the concept: an ugly piece of linear infrastructure transformed into a ribbon of beautiful parkland that spans entire neighbourhoods, lifting spirits and property values wherever it goes.

There have been a few proposals for High Line–like projects in Toronto, most of them complete nonstarters. (The Railpath is about as close as we’ve come.) But this new proposal from designers Josh Nelson and Stanislav Ukhanov is a little bit different. The Flood Line, their entry in this year’s NXT City competition, would turn the stretch of Black Creek west of Weston Road, currently a bare concrete waterway designed to channel storm water into the Humber River, into a recreation area, complete with street furniture and natural landscaping.

Even if the proposal beats out the seven other NXT City finalists and wins this year’s $5000 purse, there’s no guarantee it will ever be realized. It’s a dream design, and it hasn’t gone through any of the careful costing or environmental studies that city infrastructure projects require. Even so, it looks great on paper. Here’s what Nelson, one of the two designers, had to say about it: 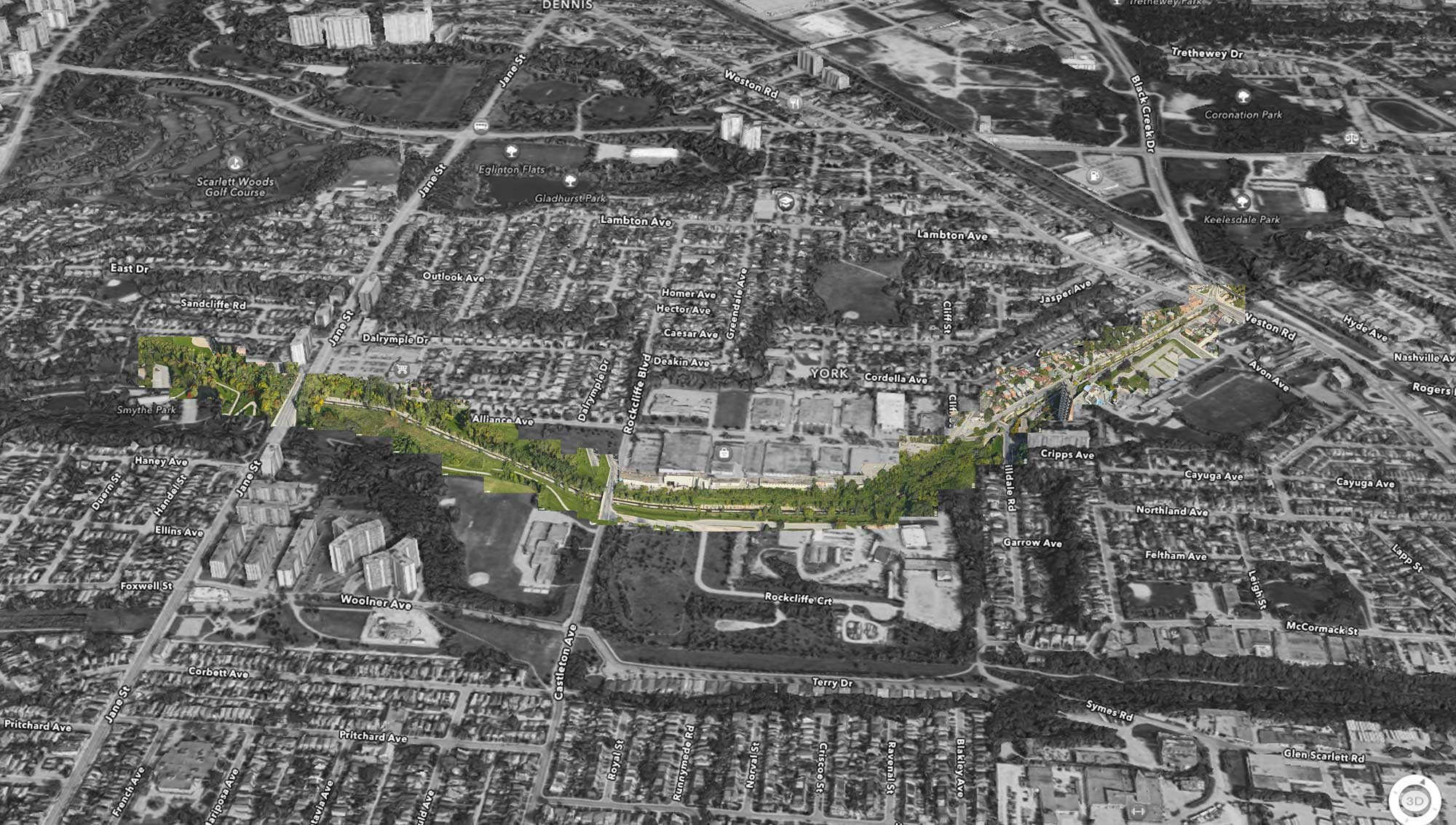 Parts of Black Creek run in natural channels, but the stretch of waterway between Jane Street and Weston Road flows through a manmade concrete basin that’s difficult to access on foot. “People go down rocky hills, they go down bridge access points, or they climb fences,” Nelson says. 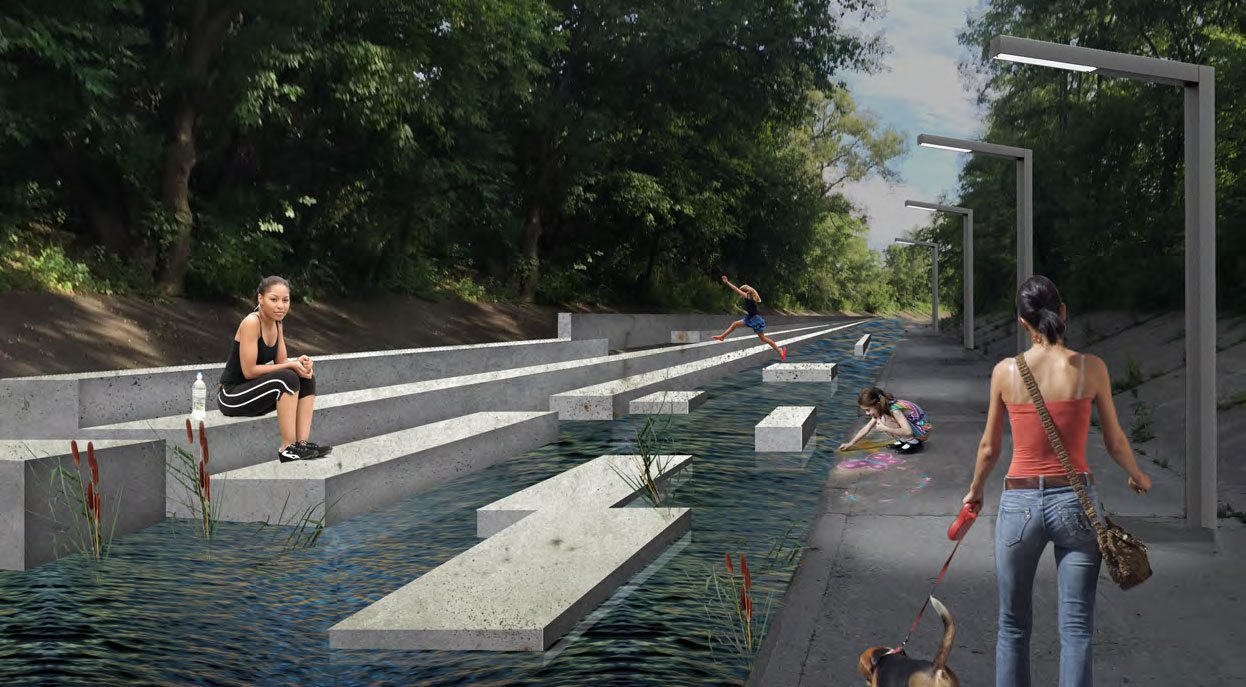 The proposal involves adding better access points, so people can get to the creek without having to cross rough terrain, and street furniture, so they have someplace to relax once they get there. “Just by introducing light, that will allow people to feel safe during later hours,” Nelson says.

Black Creek is polluted, so the notion of children swimming in it is far-fetched, though Nelson thinks the water could be purified over many years with the reintroduction of local plant life. “The other thing,” he says, “is how can you cross over the water? So we photoshopped in a very beautiful, majestic path.” 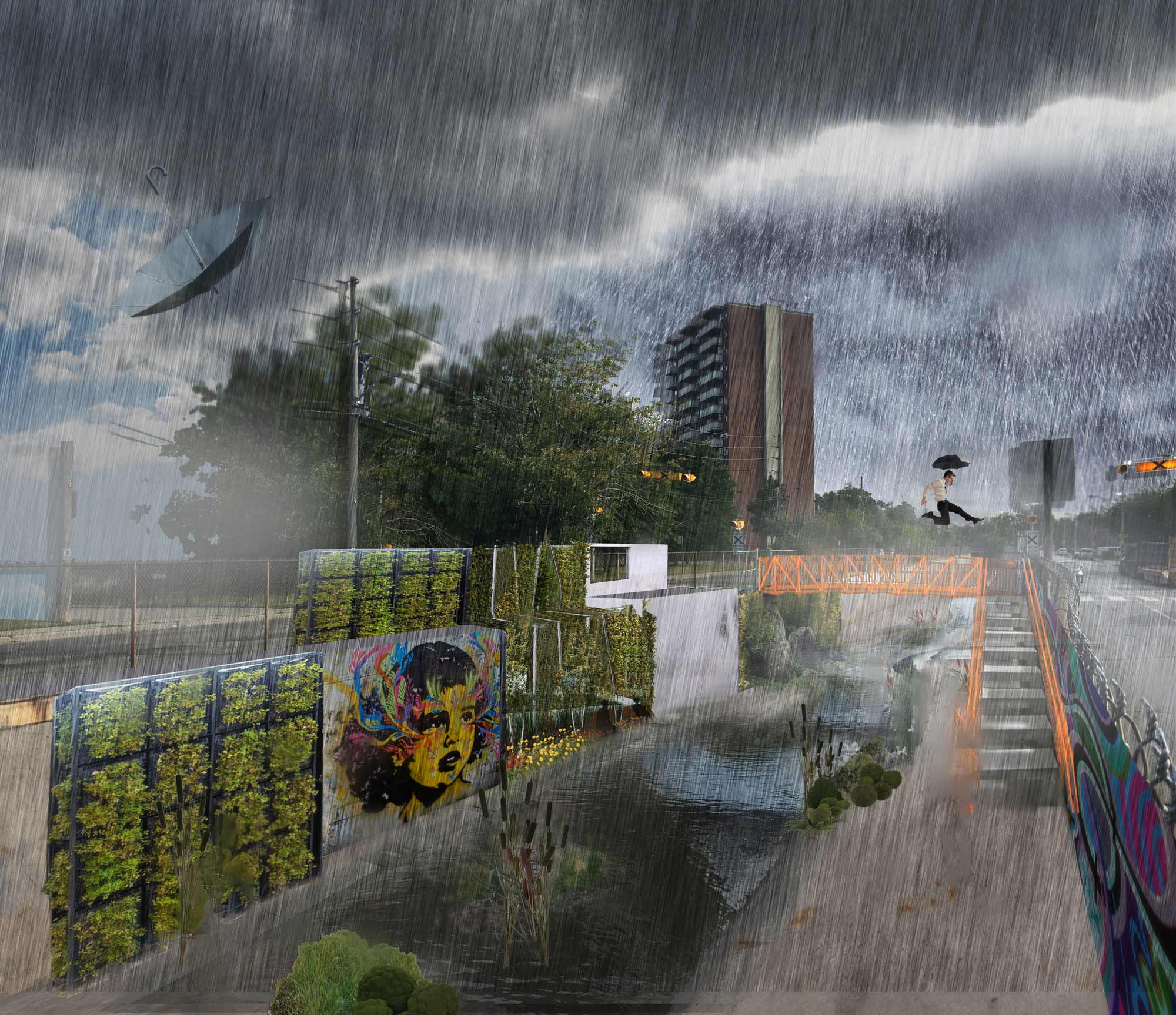 Black Creek is an important channel for storm water, meaning any new plants or street furniture would need to tolerate occasional flooding. “Everything has to be non-obstructive,” Nelson says. “We have to make sure that in the worst-case scenario, Black Creek is going to be able to perform its duty.”