This Quebec-based company didn’t just survive the pandemic, they innovated drastically, and acquired two more companies along the way

Next time you flick a light switch, spare a thought for Eddyfi/NDT. They might not be the ones paying your electric bill, or generating the power that makes that lamp illuminate, but there’s a good chance this Quebec City-based company is responsible for the testing and monitoring that ensured the electrical current got to your home in a reliable way.

“We play a role in keeping the world safe,” says Veronique Chayer, Eddyfi’s director of marketing. “The safety everyone feels naturally is there because there’s a lot of great technology behind that.” It’s technology that inspects the fuselage of planes before they fly, or checks the structural integrity of bridges that you drive over, or monitors oil and gas pipelines to protect us from an environmental disaster. 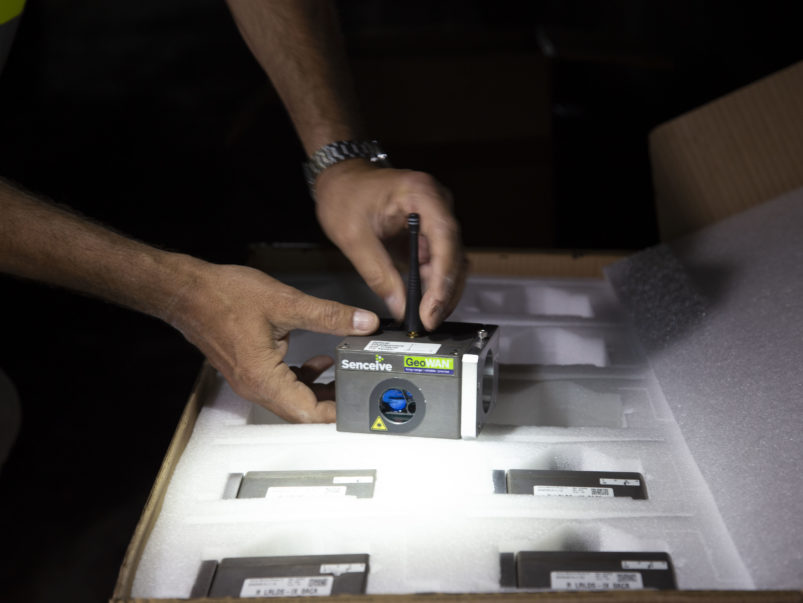 “The world’s a big place, and unfortunately things do happen, but we’re doing our best to prevent those disasters,” echoes Martin Theriault, the company’s CEO. They do this primarily using “nondestructive testing,” which he likens to the x-rays, CT scans or blood tests you might get from your doctor, except they’re doing check-ups on refineries, nuclear power plants and roads.

Theriault founded the company as Eddyfi in 2010, and has since grown it to over 1300 employees spread across 28 international offices. He has a motto: “Never waste a good crisis,” which was put to the test in early 2020. When the pandemic struck — leading to shutdowns across many of the industries that Eddyfi/NDT served — they’d just completed two major acquisitions, including NDT Global, a company that provided ultrasonic inspections to pipelines globally. Thankfully, many of the businesses they worked with were declared essential, and able to continue their operations. Fairly quickly, the company transitioned from “panic mode” to, as Theriault puts it: “How can we be opportunistic, get something positive out of this? Let’s do something useful, and trust the process.”

Part of that process meant taking advantage of this pause, and digesting the last decade’s whirlwind growth. “We made ten acquisitions in ten years, and so we took the pandemic as an opportunity to review how we work between each company, and put a new strategy together,” says Theriault. “We’ve done well over the pandemic, and we used that time to expand commercially by making more acquisitions.” Recent additions to the company’s business unit include risk-management software provider Dynamic Risk and Senceive, who provide wireless monitoring technology.

Much of this continued growth has been due to the Eddyfi team’s willingness to adapt quickly to new ways of working, like doing sales demos virtually rather than in person, and digitizing customer experiences, including the way they train for specific technology.

It’s also been a chance for the company’s robotics offering to shine, says marketing director Veronique Chayer. “2020 proved there was a huge market for being able to deploy something safely when a human being can’t do it,” says Chayer. “We have a few great case studies where inspections were done on vessels thousands of kilometres away, with a robot deploying it and an analyst sitting, probably, in his living room.” 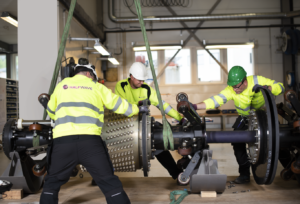 Robots played a key part in handling “the Clorox clogs of the century,” when local municipalities around the world called on Eddyfi to help them find a solution to the great mass of antibacterial wipes suddenly blocking their sewage pipes. The solve? “A crawler robot that’s usually used to do other things, but we figured out was strong enough to go inside and get the job done without having to shut down the whole system,” says Chayer. “Is that a sustainable market for the future? Maybe not, but we label it ‘the stuff that happened in 2020.’”

It’s that willingness to constantly adapt that’s impressed Charles Simpson, who worked as their CIBC coach through the Canada’s Best Managed process. “Their resiliency during this time, especially since they export their technology world-wide and have a large international subsidiary, was very impressive,” says Simpson, who is a CIBC manager for corporate finance across Atlantic Canada and Quebec. “They were able to pull together and perform very strongly, and conduct acquisitions in this environment.” 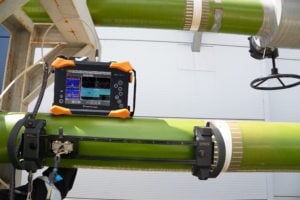 Simpson first visited Eddyfi/NDT’s offices in 2019, and remembers “a sense of innovation” that hummed across the various departments. “It felt like a company with a culture of success,” he says, pointing to the “bold and transformative” acquisition of NDT Technologies that CIBC was involved with as a lender. “They weren’t just buying a competitor, they were buying a different entity on the supply chain to make their service offering even greater.” The way the company has managed to grow, both organically and via seamlessly-integrated acquisitions, continues to impress Simpson. “They’re a beacon of a technology company in Quebec,” he says. “They’re a clear demonstrator of what the entrepreneurial spirit of the people of Quebec is capable of doing.”

And they’re just getting started. “There are a lot of good potential acquisitions we’re looking at,” says CEO Martin Theriault. “If we do those, and we’re successful, I think the next step is to become a public company— and it’s looking like that may happen sooner rather than later.” Watch this space for fall 2021, investors.