Eric is an IT consultant and Li Wen is a psychotherapist, Markham

Eric: In early 2017, my father was diagnosed with Alzheimer’s, so I thought it would be best to move in with my parents. I owned the house where they lived in Markham, and we were visiting frequently anyway.

Li Wen: We wanted to do what seemed like the impossible: fit three families under one roof. My parents spend most of their time in Australia with my brother, but they visited Canada occasionally for long periods before the pandemic, so we wanted to include space for them, too.

Eric: In September 2017, we sold the house my parents were living in and used the money to raze our place, an 1,800-square-foot side-split, and build a new, 7,000-square-foot home that could fit all of us, including our two-year old, Charlotte, our four parents and Li Wen’s uncle, Pak Hung Ho.

Li Wen: Our friends didn’t think it would work. The trick, we realized, was to ensure everyone has their own private space. We wanted each area to feel like its own apartment, with a staircase and elevator connecting the halves. We got heated floors and shower benches for the older set, and a 17-foot pool and sauna in the basement.

Eric: Li Wen, Charlotte and I moved in in October 2019 while other areas of the house were still being worked on. The others joined us a month later. 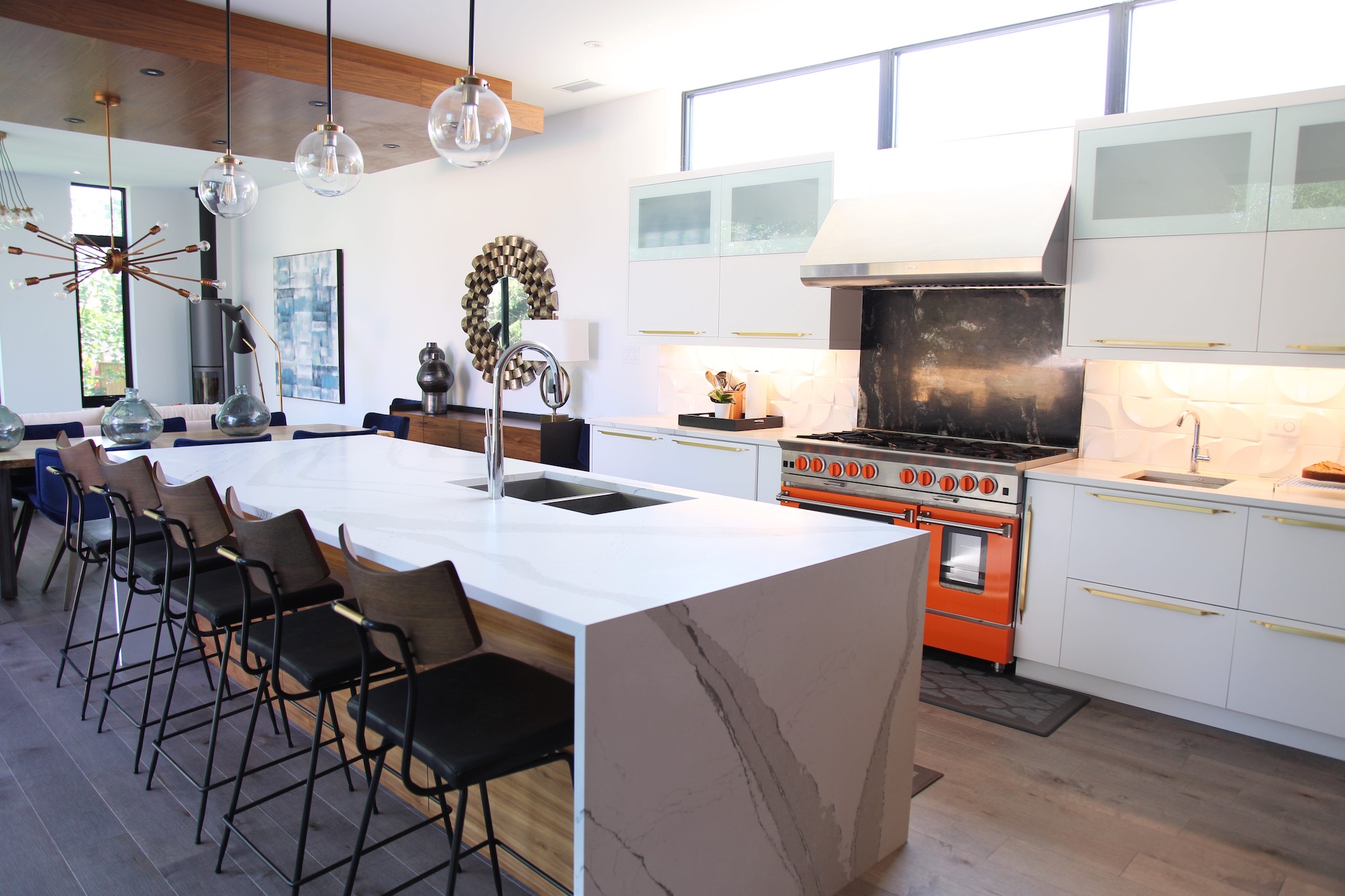 Li Wen: We hired Renee Godin of Interiors by Renee, who sourced all the furniture and oversaw the decor, which was helpful in such a large, segmented home. She suggested adding colours and patterns because the house felt too white and sterile.

Eric: My wife and I pay for all the utilities, housekeeping and property taxes. Before the pandemic, my parents and Li Wen’s uncle would buy any additional items or other foods they needed. But we all share. We don’t divvy up the bills and we don’t charge them any rent. I buy all the groceries, and everyone takes turns cooking. I used to browse and see what was on sale when I went to the store. Now it’s more focused. I grab and go. I’m out in less than an hour.

Li Wen: Uncle Pak’s area is dubbed “the tea room” because that’s where the family starts the day, with a tea ritual. My parents have an amazing wing on the other side of our bedroom; they are living in Australia now but we hope they’ll be able to visit soon. Despite the endless space to wander, we mostly kick back together in the kitchen. A wall of large patio doors brings a lot of natural light into the kitchen, and they slide open easily for the seniors to access the patio and backyard. The 17,000-square-foot backyard has allowed the seniors to get fresh air in safe surroundings as the weather has gotten better.

Eric: The house isn’t done yet. Since November 2019, we have slowly been adding finishing touches, like window coverings and missing cranks plus drywall touch-ups. But we consider ourselves very lucky to be living in our new home, especially right now, as so many families have been forced to distance from each other. The combination of common space and private space has allowed us to weather the pandemic rather well. That’s not to say there’s no tension, but that’s to be expected even in the best of times.

Li Wen: One of my friends hadn’t seen her mom for four months because they didn’t allow visitors in her long-term care facility. I feel lucky we are all together. Eric and I are both working from here. My home office is directly across from the front door. It doesn’t have a separate entrance, and I haven’t seen patients here, but I do talk to them over video conference. In the early days of the lockdown, Charlotte would constantly knock on my home-office door during my calls with clients. That was tricky, but despite the disturbances, I’m happy to not have to commute to Scarborough like I used to.

Eric: I had negotiated working from home twice a week before the pandemic, so shifting my routine to full time at home hasn’t changed too much. Our built-in babysitter brigade take turns watching Charlotte as she sprints around the backyard, where she collects branches and plays on her slide and water and sand station.

Li Wen: Charlotte has become the main source of entertainment for the adults. She used to be in daycare most days and we didn’t have that much time with her. Now, we get to see her all the time. 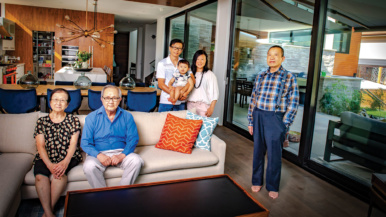 A 13-part series on the dramatic, life-altering changes Torontonians are making in these crazy times 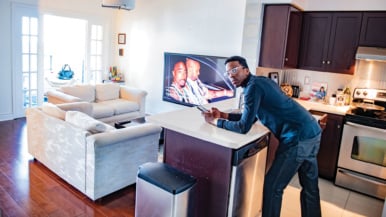 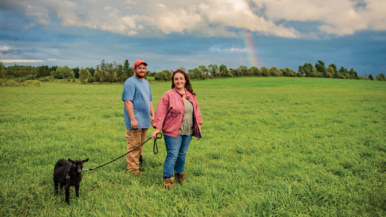 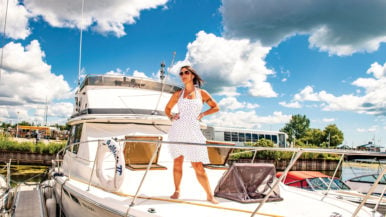 I’d dreamed about it for years. The pandemic was the push I needed 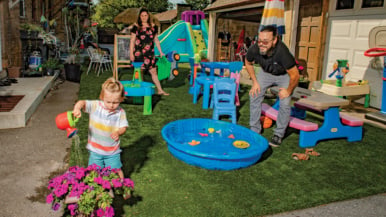 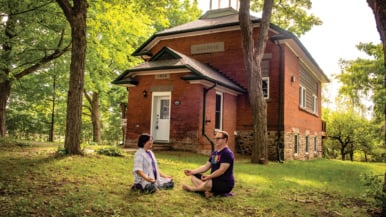 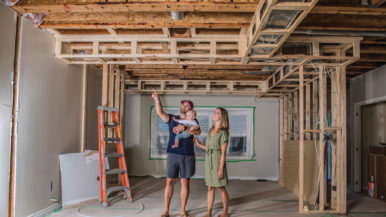 Between having Camden, dealing with the virus, selling a house and buying a new one, it’s been a big, crazy year for us 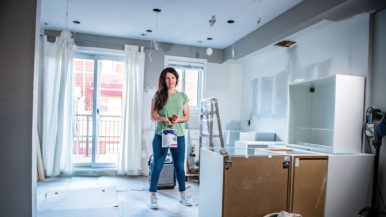 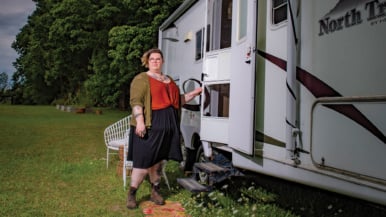 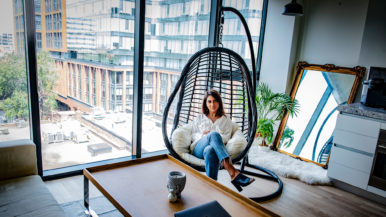 Once the pandemic hit, I realized how much the rental market had dropped. I found a one-bedroom condo on King West for $1,800 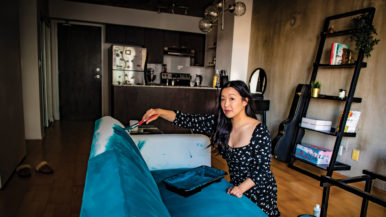 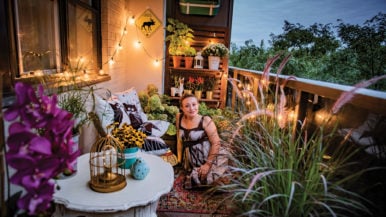 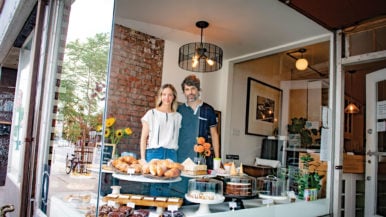 It was close to $1.5 million, but it has a three-bedroom apartment upstairs

Topics: coronavirus covid made me do it Covid-19