The city is anything but vanilla

Not only is Ottawa steeped in history, but it’s also becoming an incredibly popular weekend getaway destination for Torontonians—and not just for Canada Day. Canada’s capital has recently experienced something of a cultural resurgence, with an injection of trendy restaurants, wine bars and craft breweries making all the gorgeous scenery, stunning architecture and historical sites even more magnificent. Did you know Ottawa is home to Ontario’s only UNESCO World Heritage Site? We didn’t either.

There’s an ideal Ottawa itinerary for everyone, whether you’re a diehard foodie, an art aficionado or an outdoor enthusiast. The city is certainly not “vanilla” these days, and it even launched a pop-up ice cream stand in Toronto on June 2 and 3 to prove it. Called Not Vanilla, the pop-up kicked off summer by doling out adventurous flavours that represent Ottawa’s vivacious spirit: there was Rideauculous, with peppercorn and plum; Roam Sweet Roam, made with vegan coffee and dates; ByWard ByNight, with smoked caramel and bitters; Urban Splash, containing hops and honey; and Ottawild, an apple and elderflower frozen yogurt. 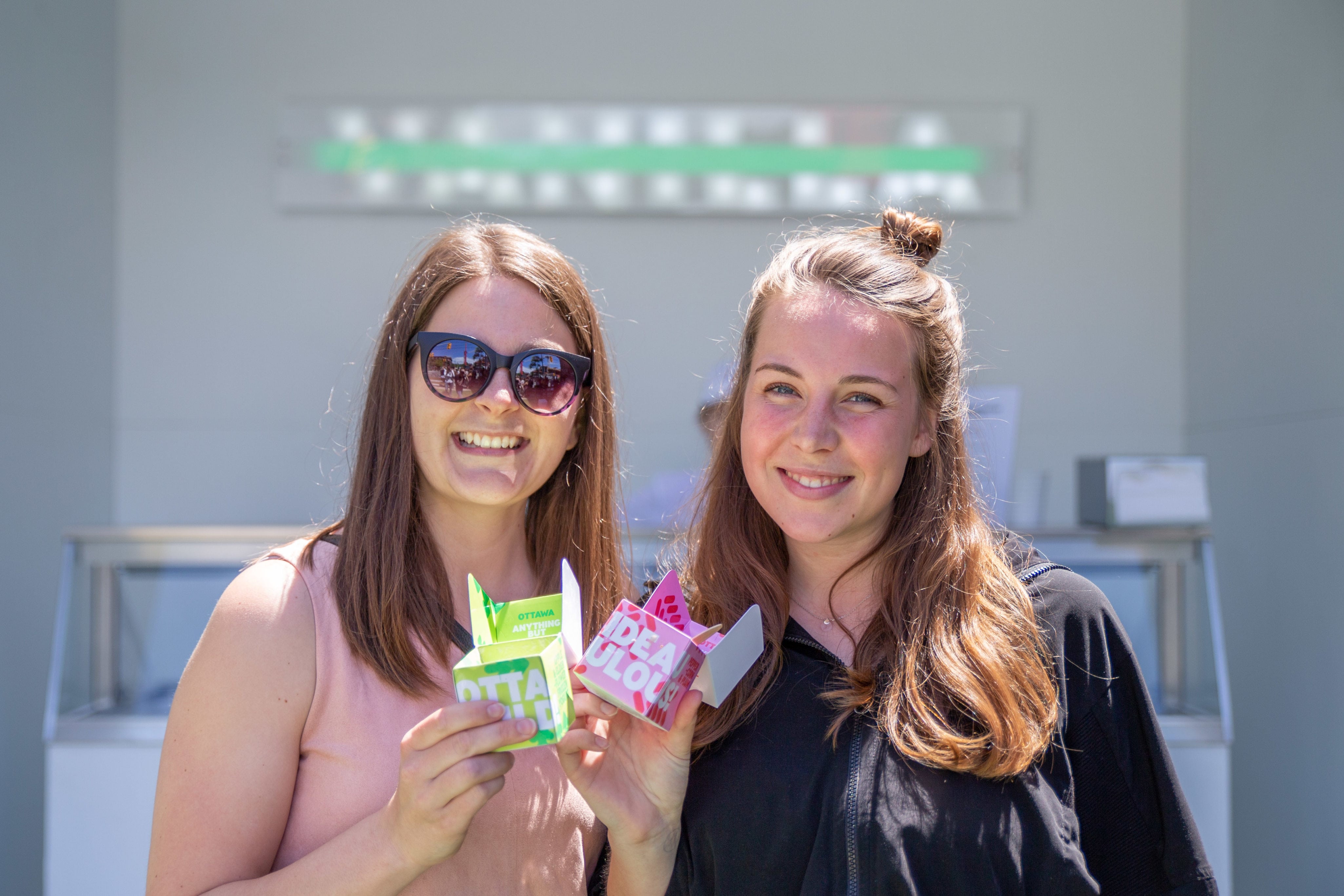 In addition to indulging in icy treats, here are a few other excellent, summer-approved ways to experience Canada’s city-of-the-moment:

1. Listen to amazing live music. Summer is music season in Ottawa, and there are tons of cool festivals worth attending. The super-popular Ottawa Jazz Festival goes down for over a week at the end of June (culminating in Canada Day celebrations for anyone who wants to extend their stay), while RBC Bluesfest brings over 220 acts to LeBreton Flats in early July. For classical music lovers, there’s also Music and Beyond, which features orchestras, choirs and bands, and Ottawa Chamberfest, the world’s largest chamber music festival.

2. Cycle as you sightsee. Ottawa has something called the Capital Pathway Network, which includes over 600 kilometres of recreational trails that meander through downtown and other scenic parts of the city and surrounding area. For eager first-time visitors, Ottawa Tourism has conveniently mapped out a seven-and-a-half-kilometre ride that lets you cross many of the city’s attractions off your to-do list in an afternoon. The route starts along Rideau Canal—Ontario’s only UNESCO World Heritage Site—crosses the Corktown Footbridge and stops at the Ottawa Locks. You’ll then pass Parliament Hill and the Supreme Court before crossing over to Gatineau, and eventually stopping at the Canadian Museum of History and the National Gallery of Canada. The ride ends at the Fairmont Château Laurier, where you can take in the hotel’s grandeur over a bottle of rosé.

3. Try some bold sports. For those who don’t already know, Ottawa is one of the world’s most sought-after destinations for whitewater rafting (basically, the city is to rafting what Whistler is to skiing).   Just to the west of the city you’ll find world-class rafting that will get your adrenalin-pumping, and right in the heart of the city you can take a more relaxed trip that gets your feet wet (so to speak) . Ottawa has a bunch of whitewater adventure companies that will set you up on the ideal trip—whether you’re a total rafting newbie or a thrill junkie who loves to navigate rushing rapids (and get a bit wet).

4. Eat at incredible restaurants. The culinary scene in Ottawa is thriving, and for good reason: the city is home to the only Canadian outpost of Le Cordon Bleu Culinary Arts Institute, the premier school for talented chefs. Riviera is one of our favourite places to post up for a night. Housed in a 1920s art deco building that used to belong to a bank, it’s both extra-grand and incredibly intimate, with a Mediterranean menu to die for (we love the lobster spaghetti). Patio lovers will also swoon over the city’s courtyards—especially the Clarendon Courtyard, which combines the outdoor spaces of popular restaurants like Social and Mamma Grazzi’s Kitchen. 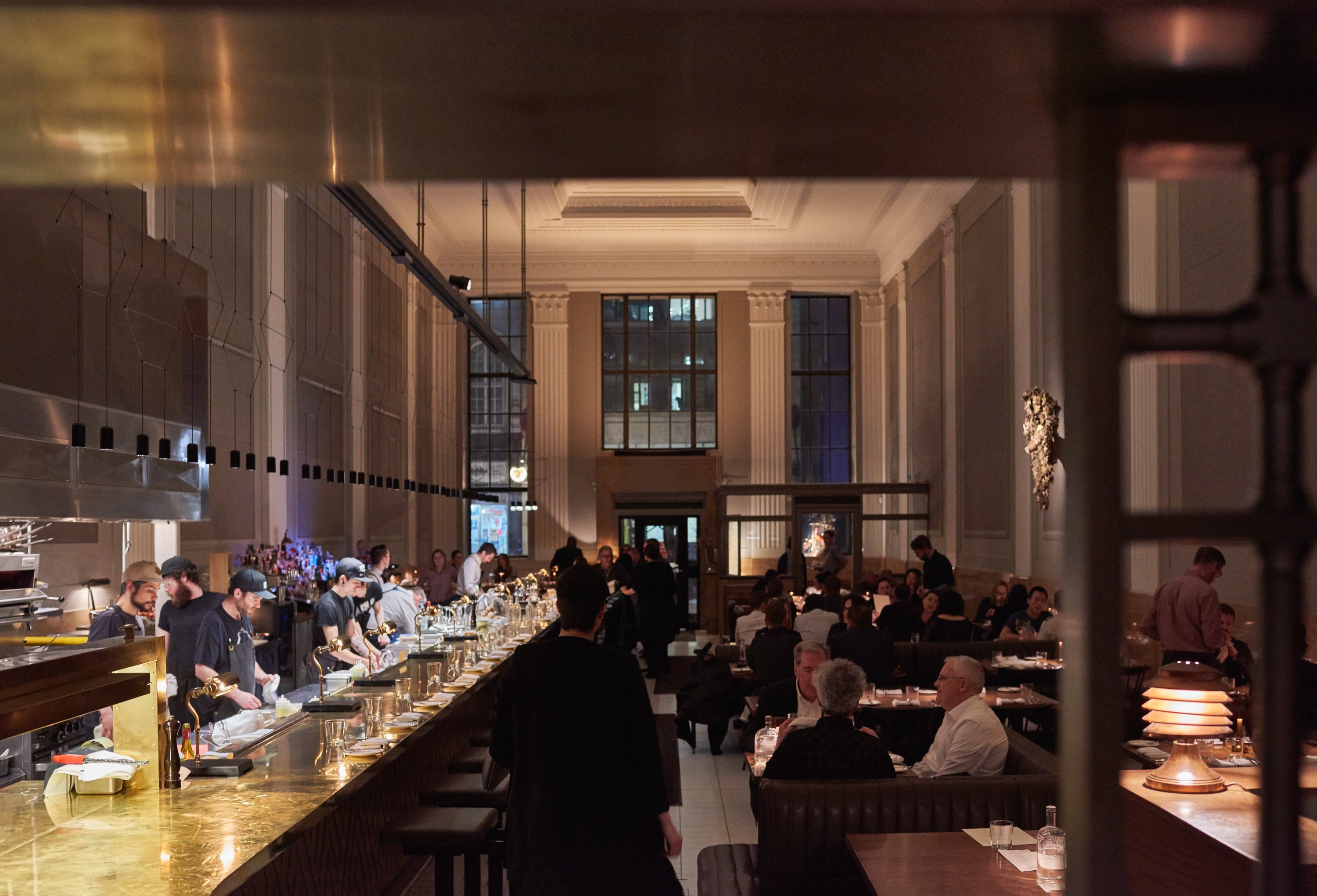 5. Enjoy some delightfully boozy experiences. From nearby vineyards to craft beer markets, there are plenty of sophisticated ways to imbibe in and around Ottawa. Oenophiles will swoon over Kin Vineyards, set on 6 hectares in the heart of the Ottawa Valley. Their pinot noirs and chardonnays are served at some of the area’s fanciest restaurants and are guaranteed to be a major hit at dinner parties back home. For beer fans, Donkey Brew Tours is your best bet for sampling as many different kinds as possible. The group buses hit up local institutions like Broadhead Brewing Company, Clocktower Brewpub and Cassel Brewing—all in a (slightly tipsy) afternoon.

For more inspiration on what to do while you’re in Ottawa, check out the Not Vanilla Instagram page, @wearenotvanilla