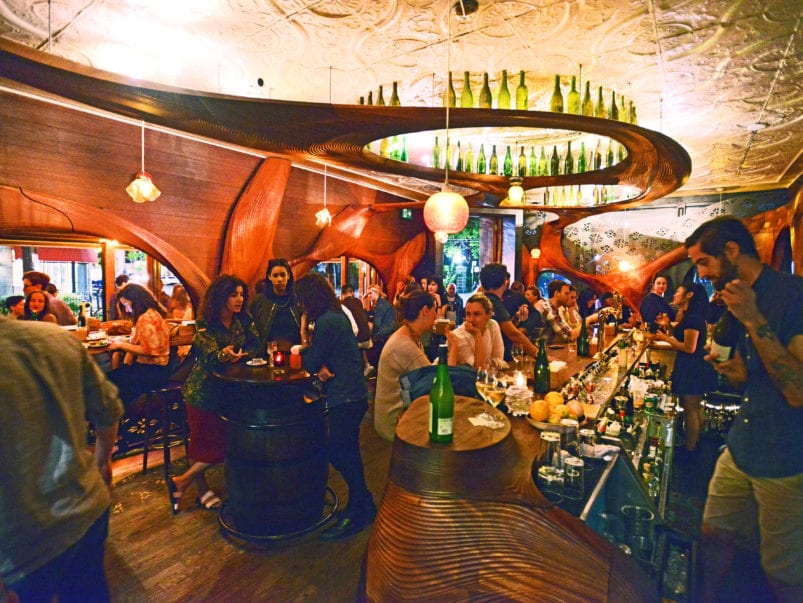 The 30 best bars in Toronto

The new-and-improved Union Station has a shiny food court, a couple of sit-down restaurants and now—after an almost year-long wait—its very own beer hall. “Your second location is more important than the first one,” says Lanzillotta. “With the second one, you’re really putting your stamp on the city—so it was very important for us to find the right spot.” And what tourist or sports fan or commuter won’t appreciate having the chance to enjoy WVRST’s staples (build-your-own sausages, duck fat fries, house-made pretzels) made popular at the King West location? New additions to the Union Station menu include charcuterie boards, speck and raclette pretzels and a tasty little treat called the CinnaWVRST bun. Still to come: coffee and morning fare, like breakfast sandwiches.

Here it is in action:

Twenty taps pour a rotating selection of (mostly local) beer and cider, while an extensive list of bottles and cans focuses on imported products, and all of the wine (and there is a lot of it) is by-the-glass. “I feel like WVRST is the perfect thing for a train station,” says Lanzillotta. “If you go to train stations in Europe, there’s always a bar just steps away, enticing you to have a drink before you catch your train.” It’s a real step up from the old Commuter Lounge.

As at the original location, most of the seating is communal, though there are a few booths and lots of bar seating. The same ordering process applies here, too: place your order at the counter and take a number—your meal and drink will be right with you. 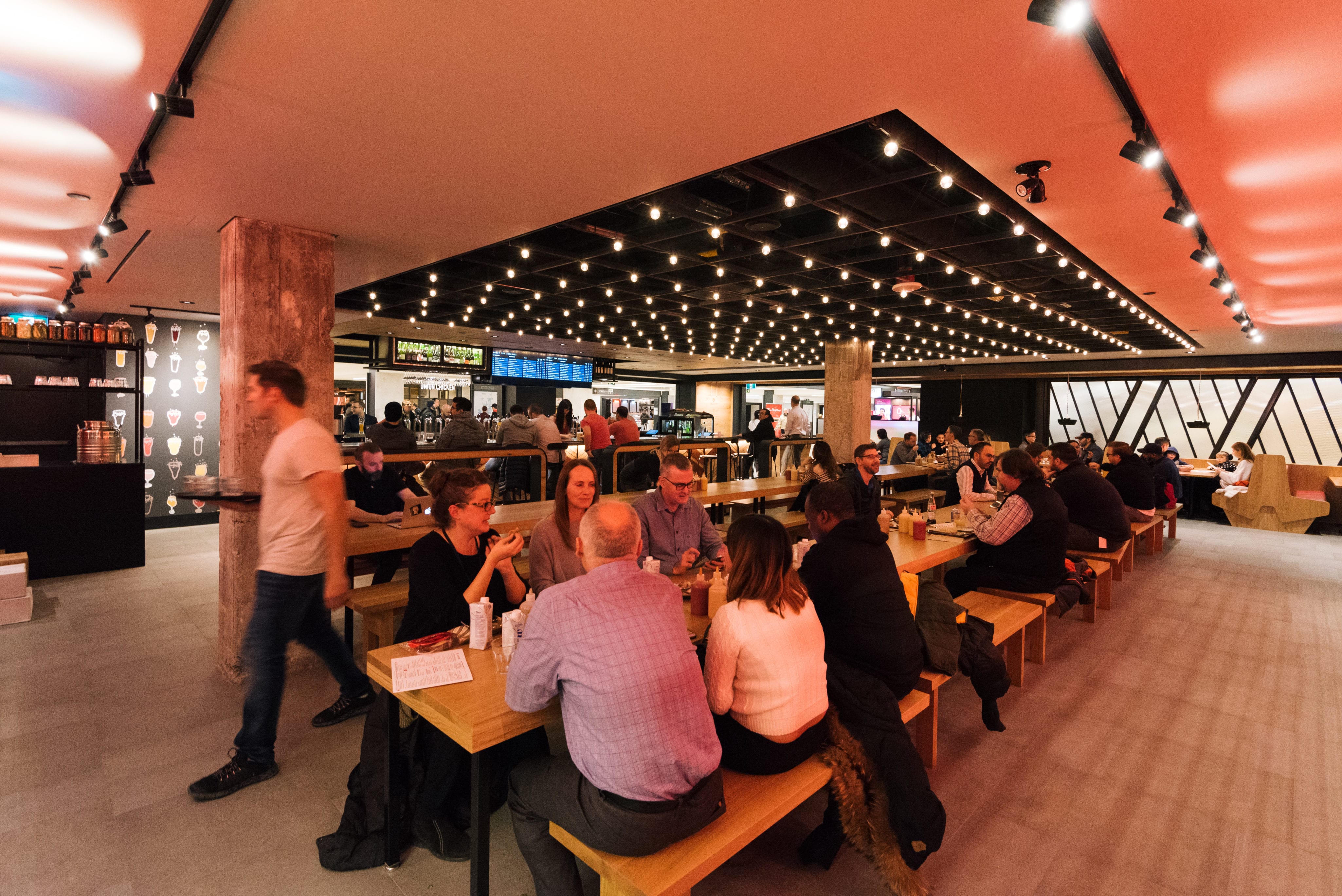 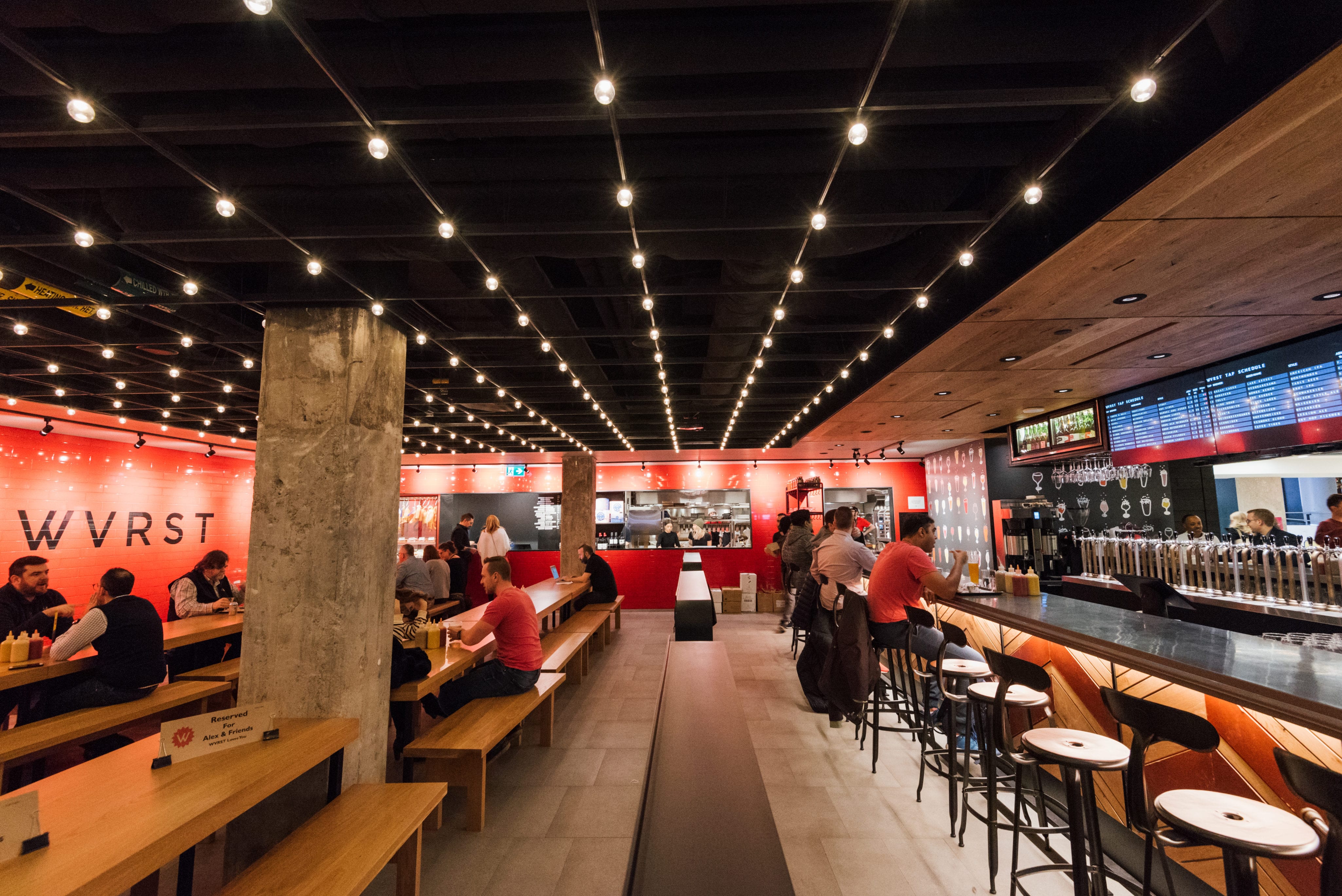 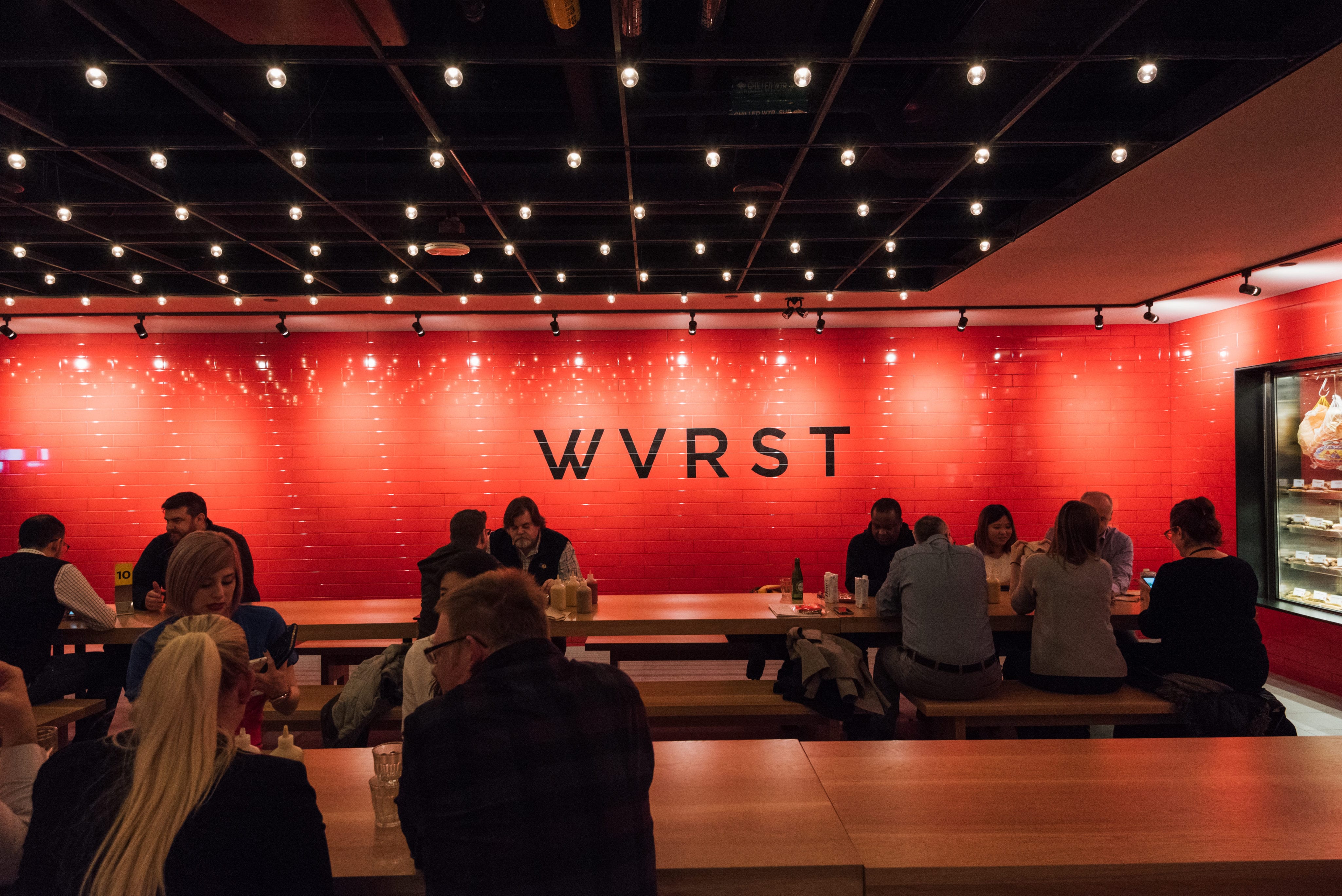 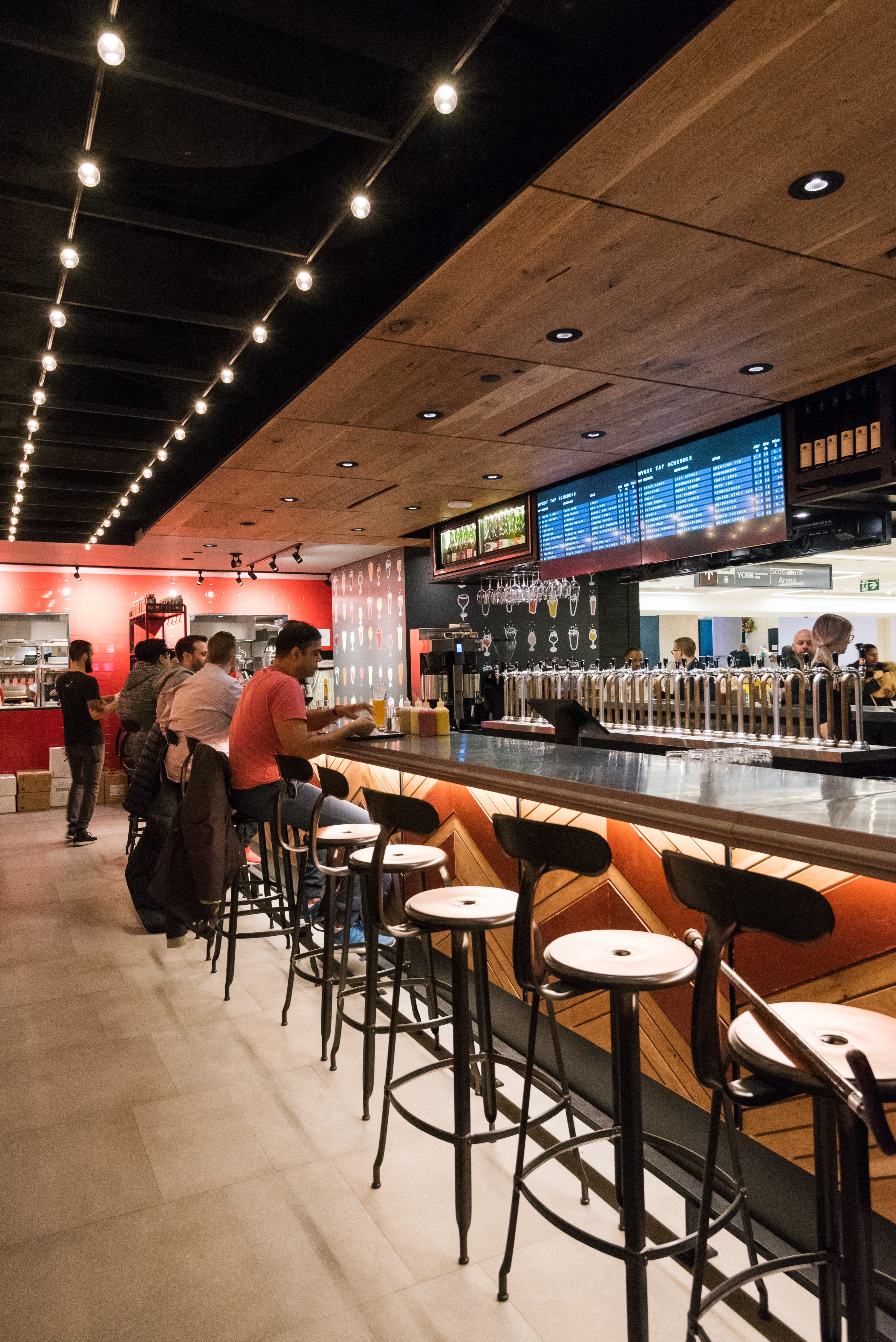