Pearce and Pettiford always wanted to open their own disco-inspired party bar, but when Koplimae—who has done a stage at Noma—got involved, they decided that food would be the focus. “We wanted to contribute to the neighbourhood by adding a restaurant, not just another late-night bar.” The menu features classic snacks and sharing dishes, each with Koplimae’s own twists: devilled eggs topped with house-made chicharron, steak tartare on (also) house-made brioche, a grilled avocado salad with a nori-ranch dressing and sweet-and-sour fried chicken.

There’s something for everyone here: a bunch of interesting wine, every single one of them available by the glass; signature cocktails, most made with some kind of wine base (be it fortified or sparkling); and a solid selection of hyper-local beers, with the exception of one from Muskoka Brewery. “Well, that and Red Stripe,” says Pearce. “I grew up drinking Red Stripe—it’s a guilty pleasure and it’s a patio crusher.”

Inspired by 1970’s NYC, the space is much brighter and more colourful than it was before. Ceiling tiles mimic a dance floor, the bar is covered in sherbet rainbow fins and the all-season patio is decked out with greenery. But a few things remain from its Electric Mud days: the neon cross outside, the red lampshade over the kitchen pass and the stuffed ostrich in the stairwell (which was probably just easier to leave up). 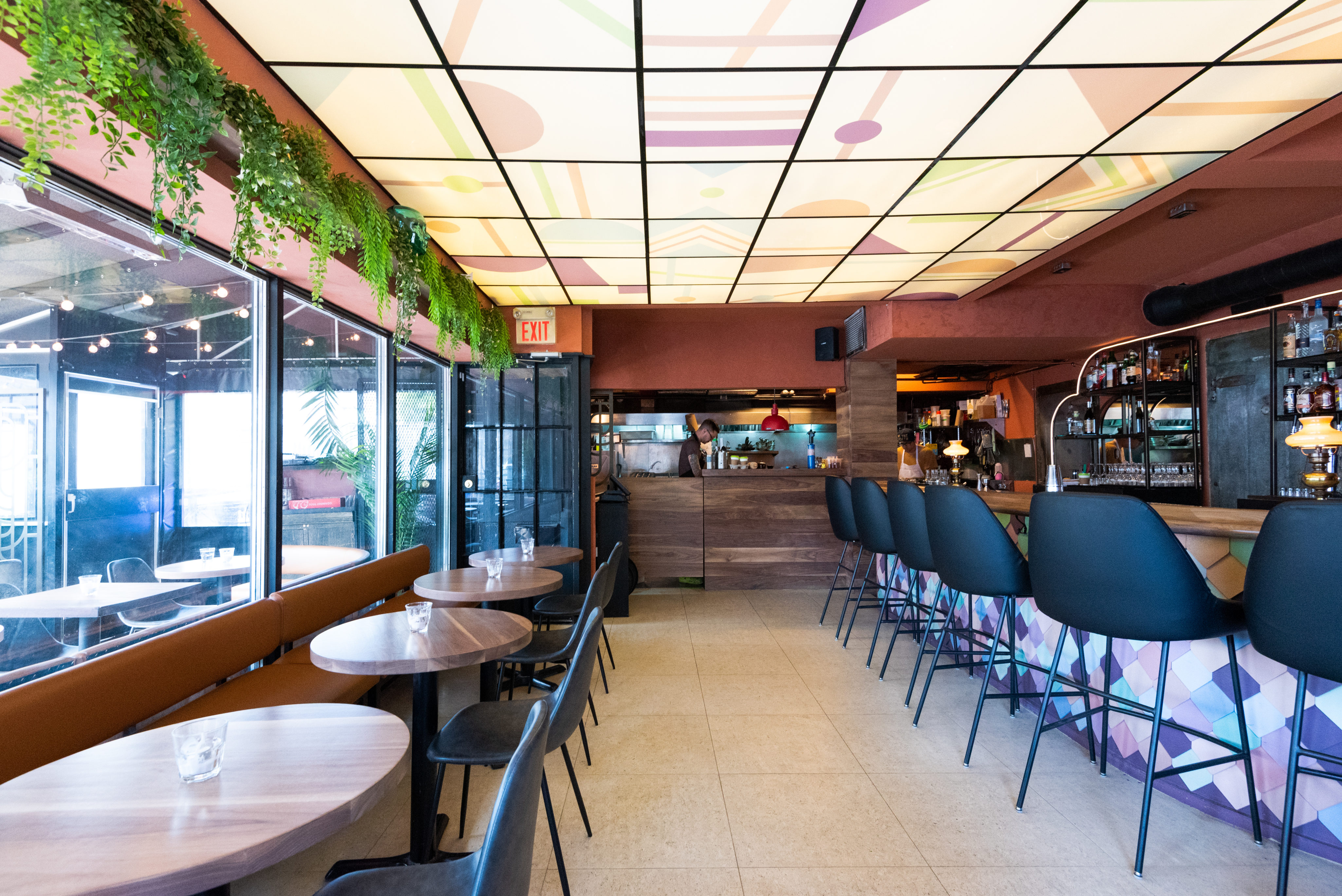 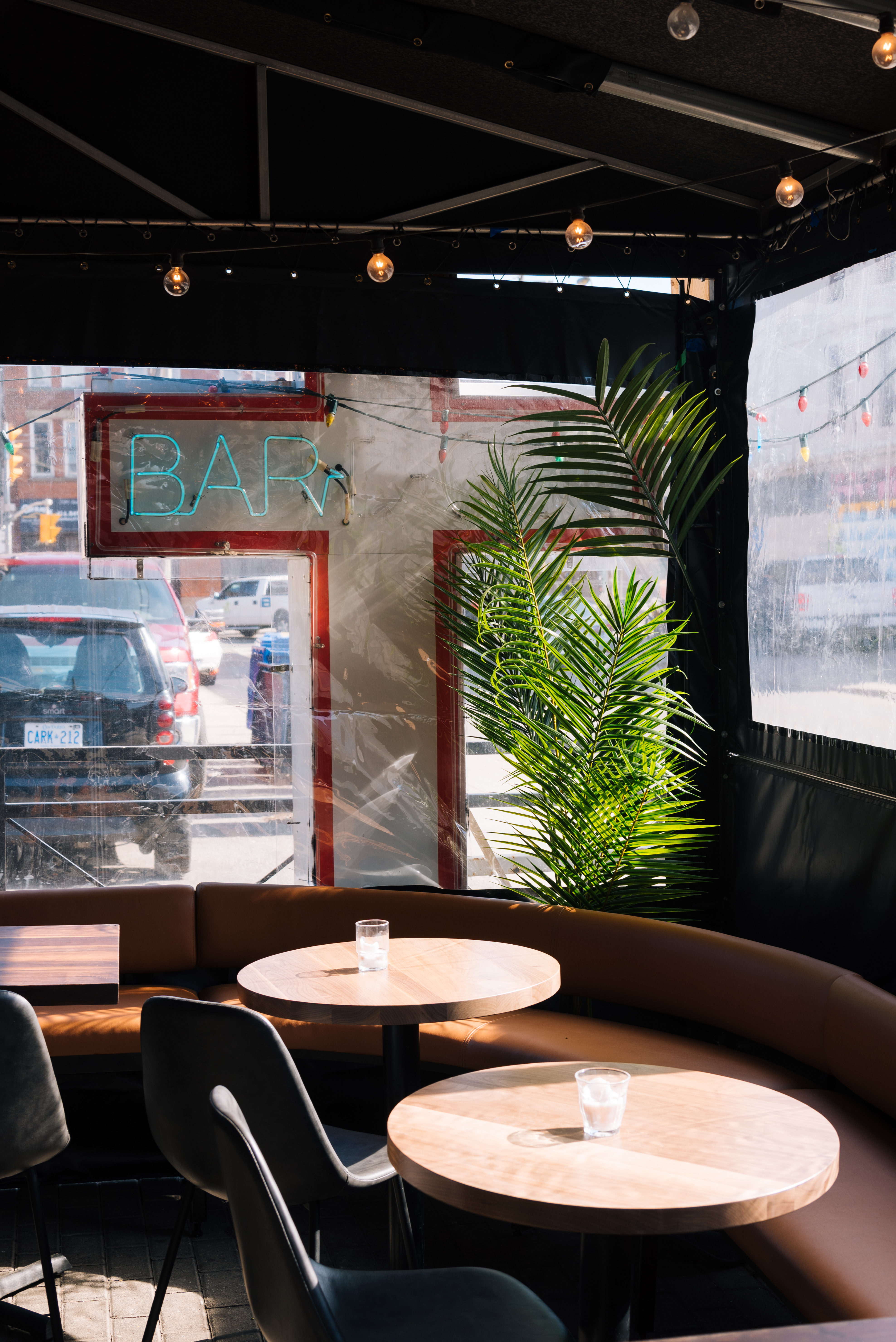 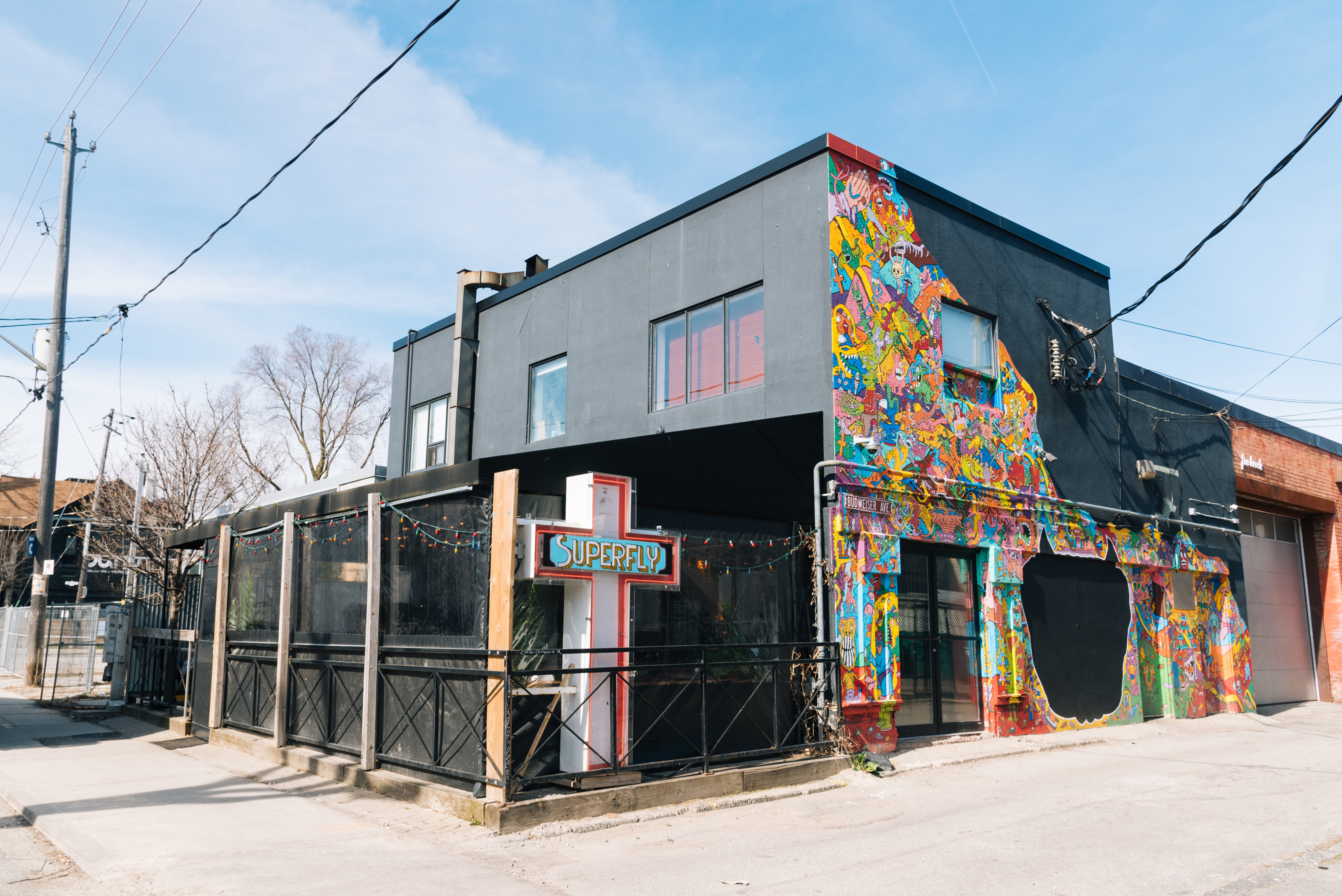