What’s on the menu at Konjiki, the first North American location of Tokyo’s Michelin-endorsed ramen shop

What’s on the menu at Konjiki, the first North American location of Tokyo’s Michelin-endorsed ramen shop

“Toronto has so many ingredients, and I always like the challenge of trying new things,” says Yamamoto, of choosing Toronto as the place to open the first international branch of his Bib Gourmand-status (that’s Michelin Guide speak for distinguished and inexpensive) restaurant, where he serves carefully constructed bowls of ramen. Yamamoto prepares his ramen using traditional methods (like a 20-hour slow simmered pork bone soup for the tonkotsu base and a traditional soya sauce he brings in from his noodle house in Japan for the shoyu) but infuses each bowl with contemporary and unique flavours, like truffle and porcini mushroom oils, or clams and lobster. There’s also a vegetarian version made with potato and soy milk. People take Yamamoto’s ramen pretty seriously: there’s even a guide on how to best enjoy Konjiki’s ramen.

Right now, just tea and water. (But you’re not coming here for the drinks.)

Konjiki’s North York location shares a space with Japanese dessert café, Saryo (which occupies the bright storefront). Konjiki’s much-darker room has table seating surrounding the perimeter and a central island with barstool seating. No reservations are taken for the 48-seat space (so, in other words, get in line). 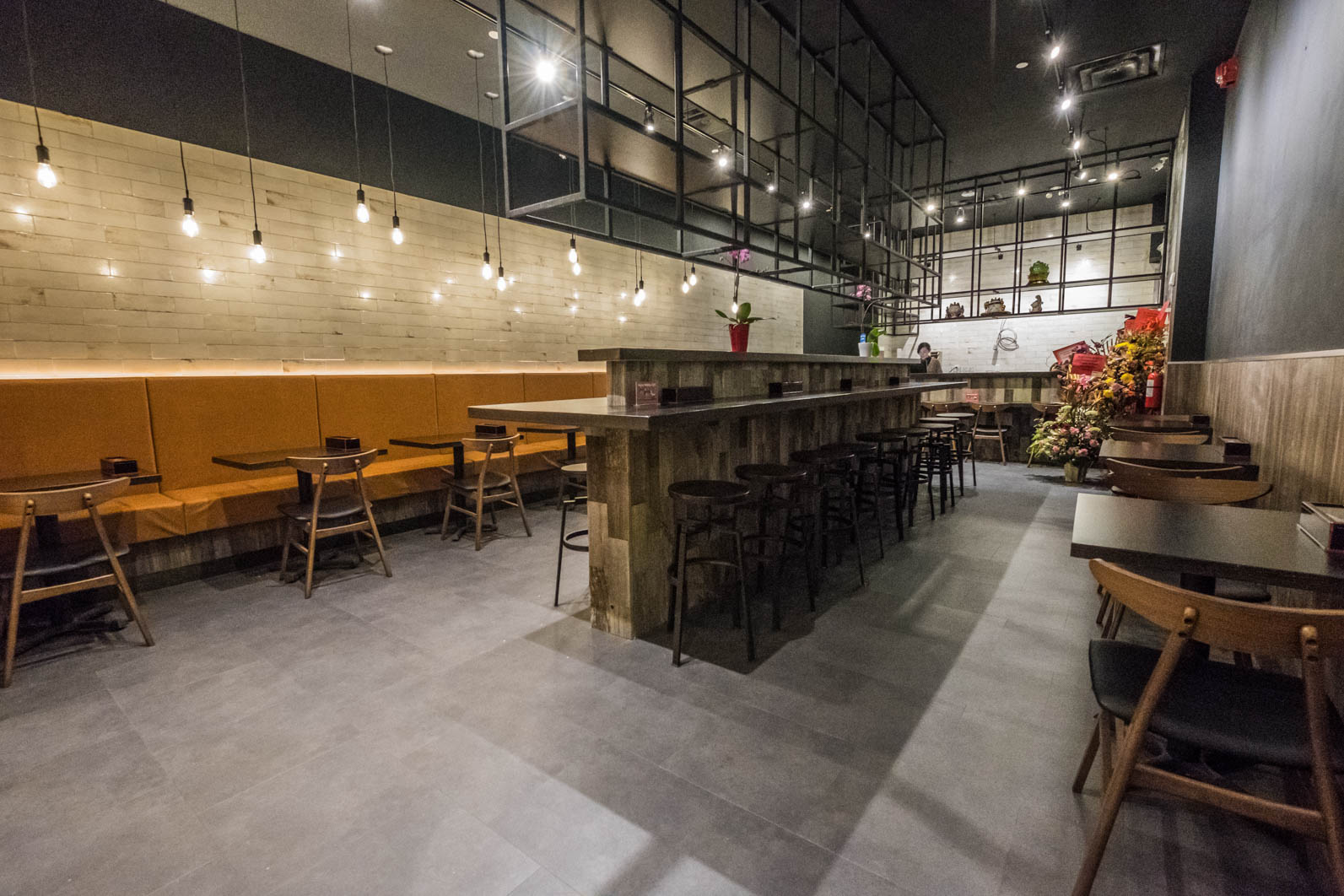 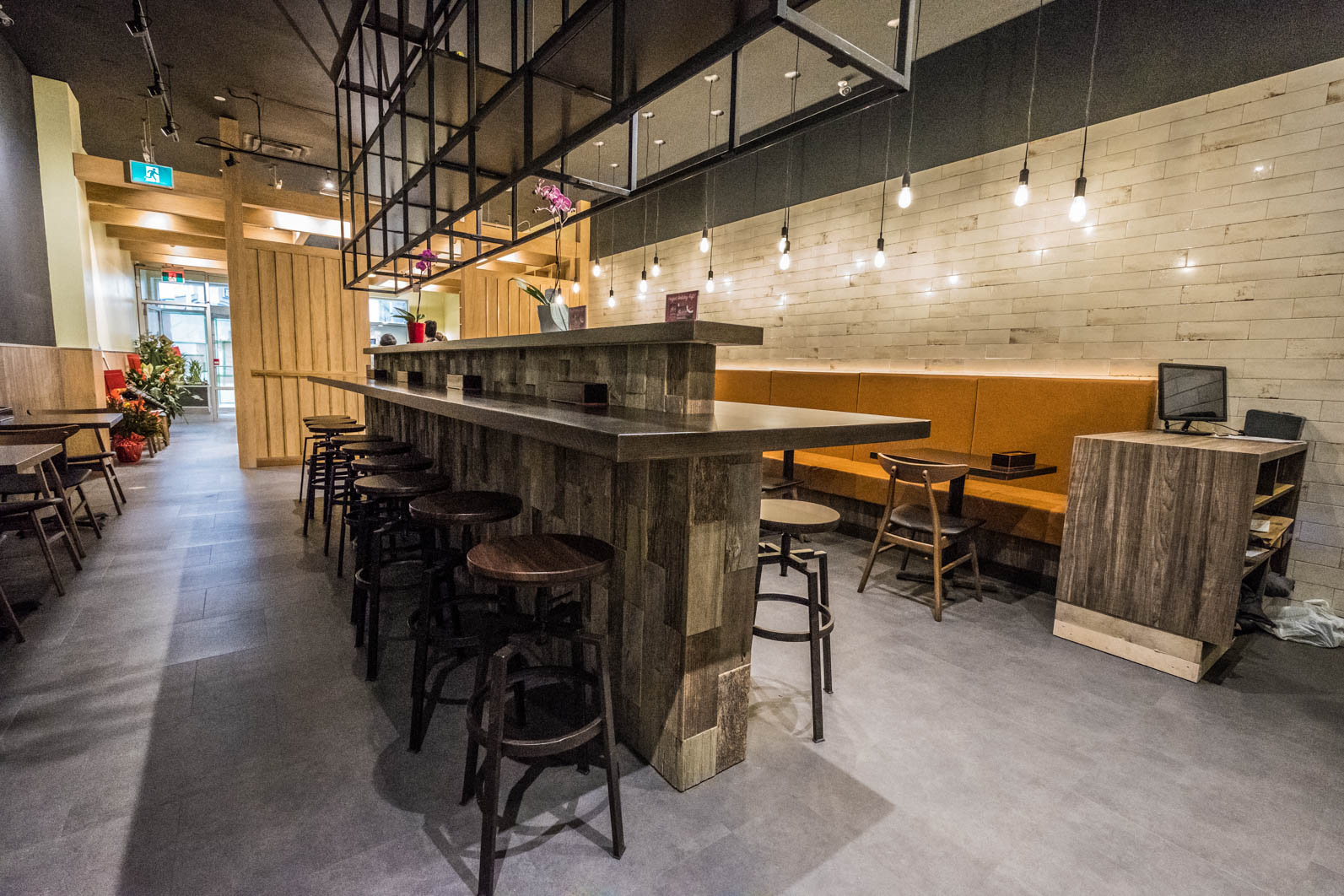 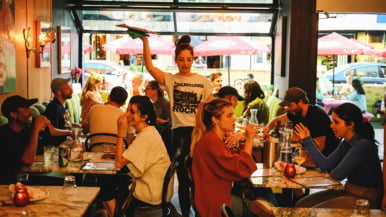 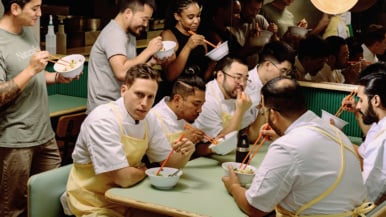 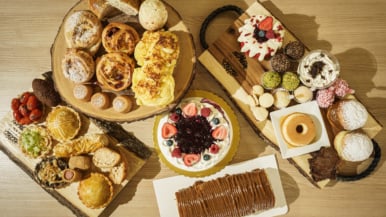