What’s on the menu at Convenience, a bar, corner store and portal to the ’80s on Queen West

What’s on the menu at Convenience, a bar, corner store and portal to the ’80s on Queen West

Assorted bar-food favourites (burgers, fried chicken, tater tots) but with a wacky twist here and there, like a sprinkle of Pop Rocks on a plate of shishito peppers, a gremolata of Goldfish on mac and cheese, or a Jolly Rancher-enhanced vinaigrette on an arugula salad. The Makin’ Bacon burger, meanwhile, is a shout-out to BK. “Everyone’s focusing on making Big Mac pretenders right now, but what’s that one burger from the ’80s that’s been neglected? It’s the Whopper,” says co-owner Jesse Carere. “Flame-broiled was where it was at.”

A motley crew of beers, on tap and in tallboys (Molson Stock Ale, Tecate, Guinness, Lagunitas IPA); Ontario wine on tap ($0.94 an ounce!); and a whole bunch of cocktails, including a few classics (old fashioned, sazerac), some kegged ones for only $5 (negroni, paper plane, pina colada) and fun signature creations, many inspired by (or made with) candy. Candy Bombs are the bar’s take on bombs of the Jäger variety, like the Dr. Pepper made with amaretto, beer and cola. “This way, you don’t have to drink something that makes you feel like you want to die after,” says Carere.

“As kids, everyone had that one favourite corner store, where they got their bag of chips or their Garbage Pail Kids cards from,” says Carere, and Convenience Bar’s storefront sells a selection of treats (chips, Bubble Tape) and novelty items (View-Masters). The Community-designed space is decked out in neon signs and hand-stitched, video game-inspired wall art. Between the floor-to-ceiling windows, hanging greenery and fluorescent lighting, it’s a bit like being in a fish tank… a fish tank with $5 cocktails.

The theme carries through all the way downstairs, where guests can pick up one of four party lines to hear music or pre-recorded messages, before visiting the retro-wallpapered (She-Ra, He-Man), black-lit washroom stalls, where everything glows. (Extra fun for anyone who has recently taken a multi-vitamin.) Come warmer weather, garage doors will open onto a street-side patio. 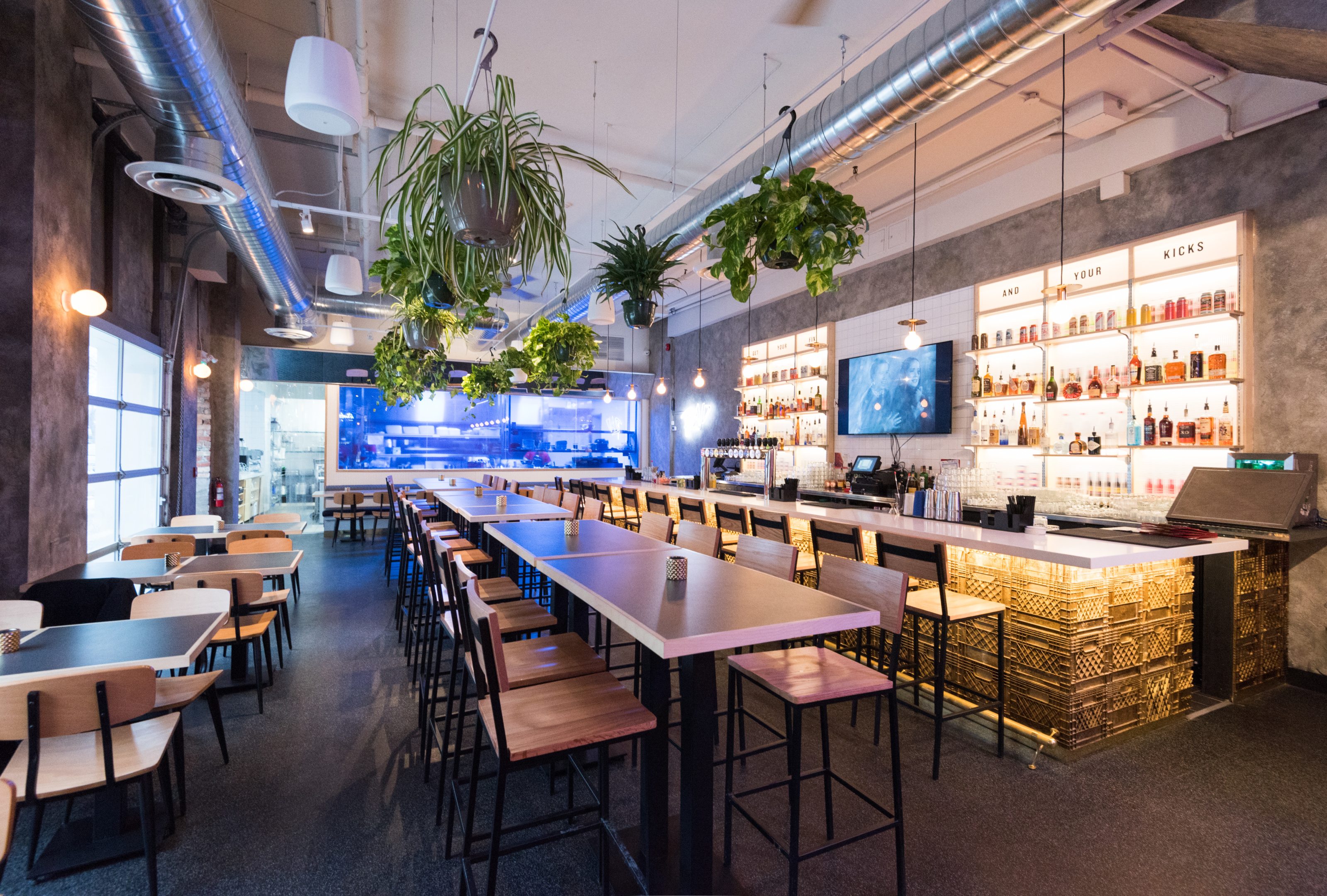