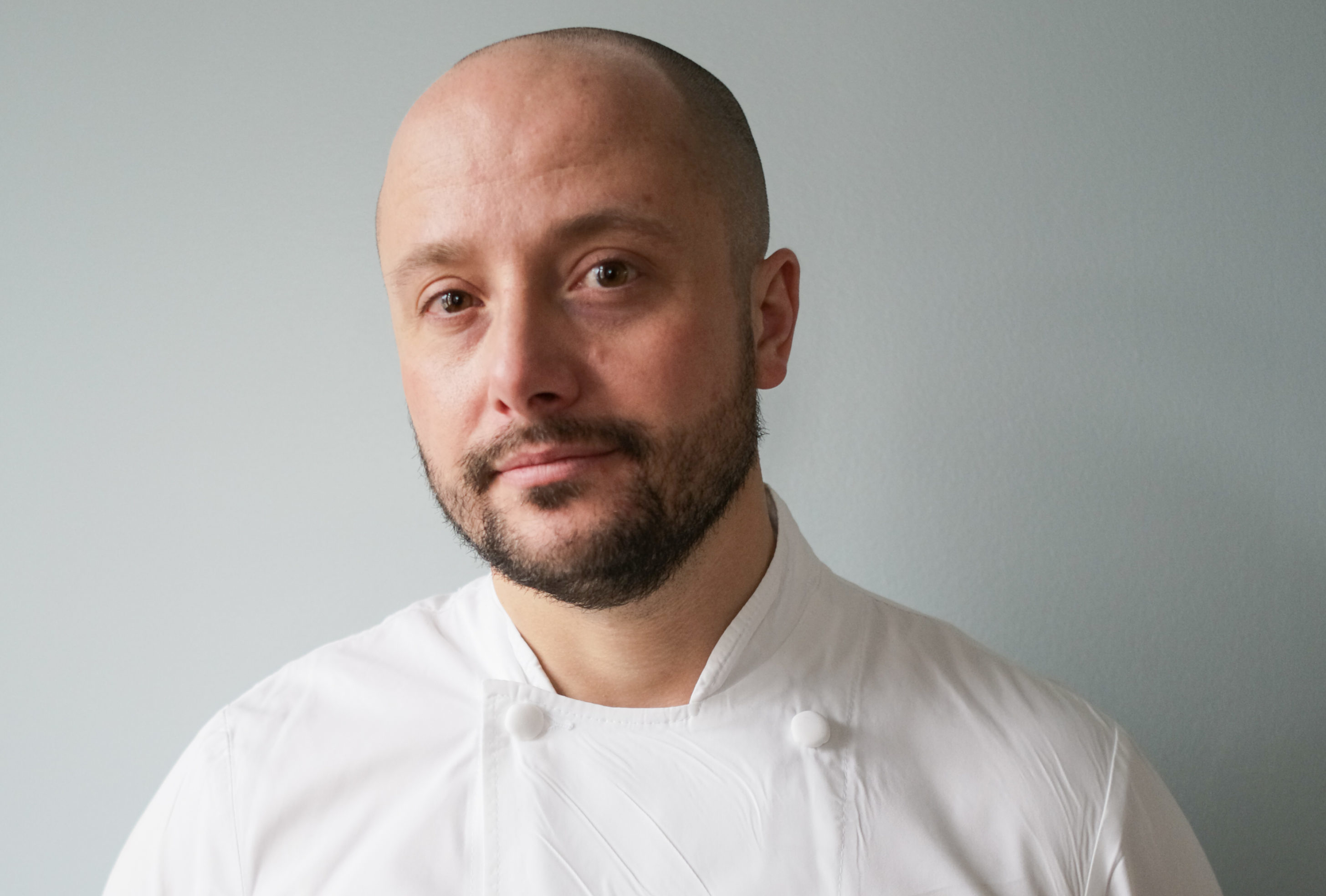 Chef Patrick Kriss’s restaurant Alo is consistently ranked as the city’s finest fine dining experience, with a 10-course tasting menu and a months-long waiting list. But that was then and this is Covid. After shutting down in mid-March, Kris made several tweaks to his mini empire (which also includes Alobar and Aloette). Here, he tells Toronto Life about how you transform a five-star dining experience for takeout, why butter is best and what it feels like to give up his control (and his playlist).

If someone had told you six months ago that you have been repackaging the city’s most haute dining experience as takeout, you would have said…
We were lucky in the sense that we were already a few months into planning a delivery concept before all of this happened, so we already had contacts with the delivery apps and we had looked into packaging suppliers. Obviously Alo isn’t a restaurant that was imagined with takeout in mind, but we’re in survival mode, so we’re seeing what works and learning as we go.

Transforming Alo’s signature 10-course tasting menu into a takeout experience can’t have been easy.
I wouldn’t say we’ve recreated the tasting menu exactly. In April, we started doing a five-course meal—a main, a side, a pasta, a salad and a dessert. That seemed like the right amount of food for people eating at home, and it was also what we could handle in terms of labour. We normally have 12 people working the kitchen at Alo, and we were down to four. We recently brought back one more person and we added canapés to the takeout menu, so now it’s six courses. Probably the biggest challenge is less in the cooking and more in making sure we can get enough product. Beef has doubled in price, tuna is a lot harder to get because there are fewer flights from Japan and while we’d love to use white asparagus this time of year, but no one is growing it—at least not enough. Normally, we’ll do about 60 plates per night at Alo, but now we’re doing more than double. About 150 per night, 600 a week. A lot of suppliers just don’t have the quantity.

That sounds like a lot of work. Did you ever consider throwing in the white napkin—at least for now? Even Noma has switched to burgers.
We are doing burgers out of Aloette. About 1,500 burgers a week. We’ve also started brunch out of Alobar, which isn’t something we did before. It is a lot, but if there is an opportunity to stay as true as possible to what we were doing before Covid-19, I want to take it. If people weren’t responding, that would be a different story, but we’re selling out every week.

Alo’s tasting menu price is normally well into the triple digits. Your takeout meal is $65. That must involve making some concessions
Pricing is just a matter or working backward. So we subtract the price of packaging. And then we start with the main dish, and work down from there. If the protein is particularly expensive, say beef, then we’ll save on a side, like cavatelli or a beet salad. Whereas if we do chicken for the main, the side might be morels or black truffles.

I’m assuming some fine dining dishes travel more successfully than others?
Definitely. A lot of it was trial and error. We’d just make the dish and let it sit in a container for 25 minutes and see how it held up. We knew we wanted to do sashimi, but we realized that it wasn’t staying cold enough, so we started including these tiny ice packs in the container. Or, recent we were doing a Caesar with baby gem lettuce. We compressed each individual leaf in ice water using a vac-pack machine and they stayed crisp for 45 minutes instead of 15. With meats we had a lot of success with the braises—short rib, lamb shoulder. Less so with a ribeye, which tends to bleed and dry out and get cold. Tenderloin works better because it’s not as fatty. Eating lukewarm fat is not the greatest. Some of the pastas congealed a little, so we added more sauce, more butter.

So that’s the secret to five star food?
Yes, that’s it. More butter.

Have you figured out how to do takeout wine pairings?
We are offering wine and three or four cocktails. We’re not doing pairings at this point, but we’ve brought our sommelier, Christopher Sealy, back. He can make recommendations on wines to go with different menus, or he’s doing three-packs, so if you’re interested in Tuscan wines, he will choose three kinds.

You’re known for having exacting standards, whereas takeout involves relinquishing a certain amount of control. How are you finding that?
I’m doing my best to make sure we’re sending out food that meets people’s expectations. We have customers who are ordering once a week. It is amazing to have that support and to feel like you can give people something they will enjoy. I guess the hard part is that you can’t ask, ‘Hey, how was your meal?’ they way we would at the restaurant, but we are definitely getting feedback and it’s been positive. The best feedback has been the people who are re-ordering every week. I appreciate that people are ordering in advance and they’re paying $65 dollars. It’s why the sourcing is so important. If a customer is expecting tuna and they get cod instead, that’s not okay.

Is there any way to package the overall Alo experience?
We do personalized menus at Alo with peoples names and dietary restrictions, and if they are celebrating a birthday or a special occasion, we’ll leave a message. So we’ve continued that tradition. We’ve also included instruction on how to access our Spotify playlist. People really like the music that we play, so now they can put it on at home and have a great meal. It’s not the same, but it’s something.

An earlier version of this story confused the restaurants Nobu and Noma.