I knew everything had changed when I found myself flipping between browser tabs: one with search results for “E.I. Application Canada,” and another to add a new item to our UberEats menu at Frankie’s Italian. It’s a roll of toilet paper. Since we shut the doors for regular operations last week, we have a rather large surplus. So I added it, after the standards like rigatoni pomodoro and caramelized-onion pizza, for anyone out there who might be facing their own household crisis. 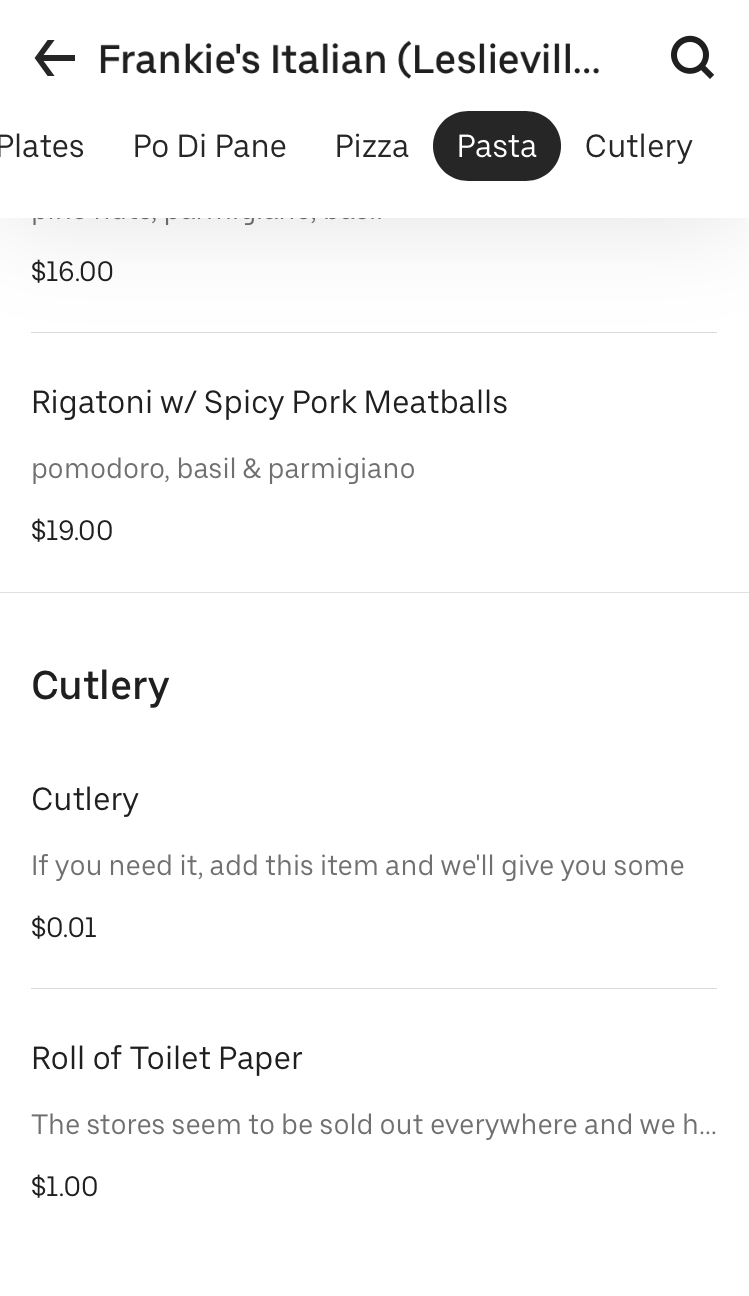 We’ve laid off 80 per cent of staff and are operating a skeleton takeout operation at both Frankie’s and Annabelle, while shuttering the Davenport entirely. The outlook is fairly grim, as we have no definitive timeline for resuming regular service. And given that we’re in a precarious industry perched upon razor-thin margins and rising costs, every lost day hurts. We’re attempting to run takeout in an effort to subsidize wages for those we can, and to keep the lights on for as long as possible.

Those of us with families have been kept on the payroll to minimize the impact of this as best we can. Those who have been laid off—so long as we’re open and running takeout—have been welcome to come eat a meal every day, on us. While it’s impossible to keep everyone on the payroll, we can at least make sure that nobody goes hungry and our people always have a place to go. We’ve been running two-for-one promos in order to quickly blast through our remaining supplies of fresh herbs and cheese, and any perishables that we can’t foresee using up have been given to or prepared for staff and friends.

If there’s a restaurant that you love and they’re doing takeout, go get some. When the dust settles, there’s a chance they won’t be around, so if there ever was a time to support local businesses, it’s now. And if you need any toilet paper, let us know. While nobody has ordered any yet, we have had some calls thanking us for the laugh. It’s nice to know that we can add a bit of levity in otherwise grim times.