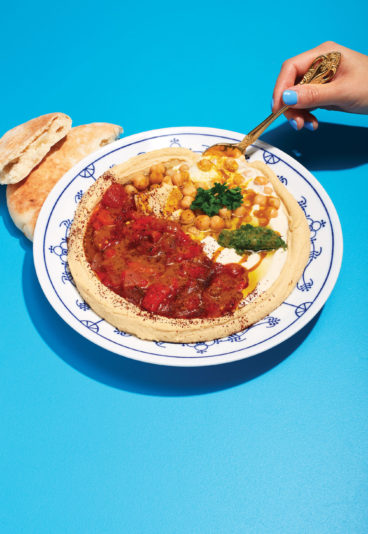 10 This veggie-forward King West kitchen offers a deconstructed take on a sabich, the popular Israeli breakfast sandwich, on its weekend brunch menu. A bowl with a hummus base—which stands in for the traditional pita wrap—is loaded with all the usual (and some not-so-usual) sabich suspects: a sliced hard-boiled egg, avocado and cherry tomatoes, zhuzhed up with pickled chilies, za’atar and a mixture of fresh herbs that includes cilantro, dill, mint and parsley. As for the missing pita, it comes on the side. $19. 77 Portland St., shookkitchen.com 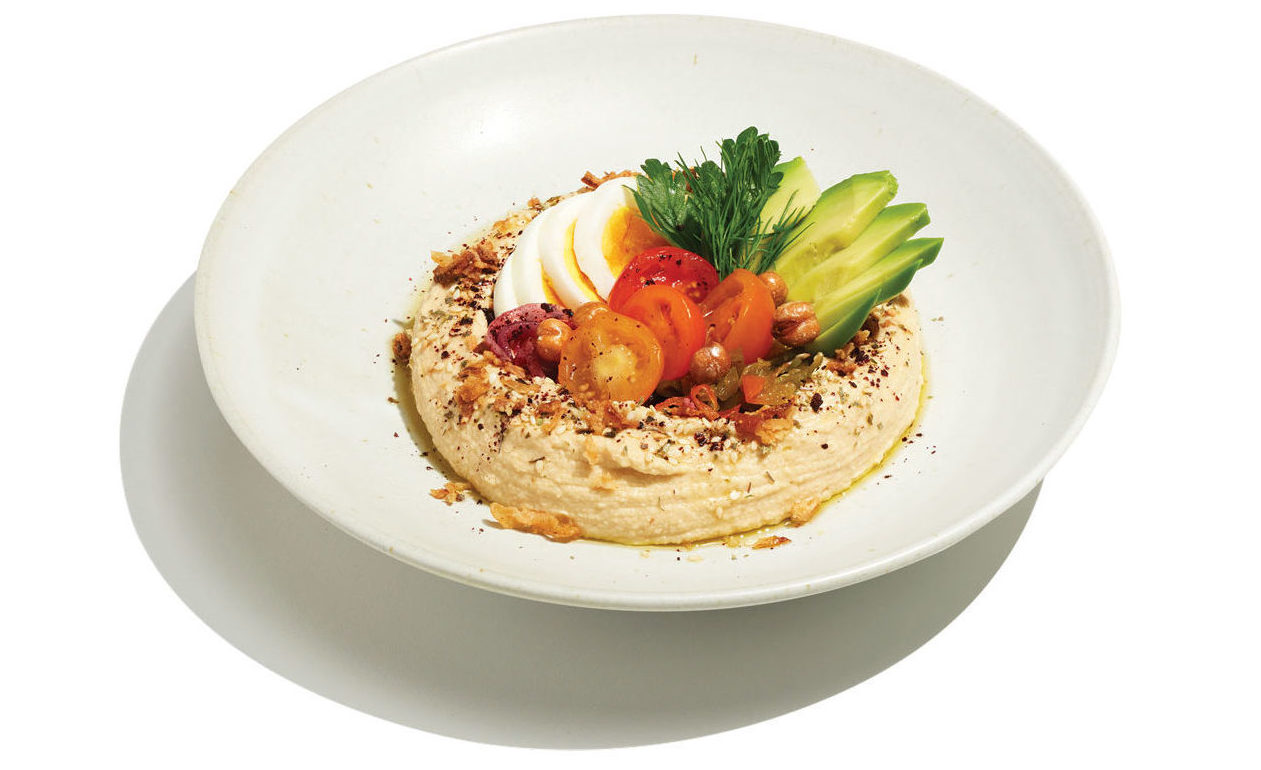 9 Tucked inside a Davisville Hasty Market is a takeout counter with chicken shawarma so good that it recently spawned a stand-alone location in Newmarket. But chef-owner Costa Warwar makes a mean hummus too, topping it with super-crispy falafel hemispheres, pickled turnip, parsley and paprika. It’s best scooped up with some saj, an unleavened Levantine flatbread made in house. $10. 21 Davisville Ave.; 869 Mulock Dr., Newmarket, flamingstove.com

8 The house-made hummus at this family-run spot on Pape is excellent on its own or with fresh pita—but it also plays a supporting role, providing a beautiful base for tender chicken shawarma that’s spent time luxuriating in chef Bakr Ghabra’s top-secret marinade. It’s finished with a colourful riot of pickles, banana peppers, onion, tahini and (by request) hot sauce. $12. 1011 Pape Ave., shawarmafrenzy.ca 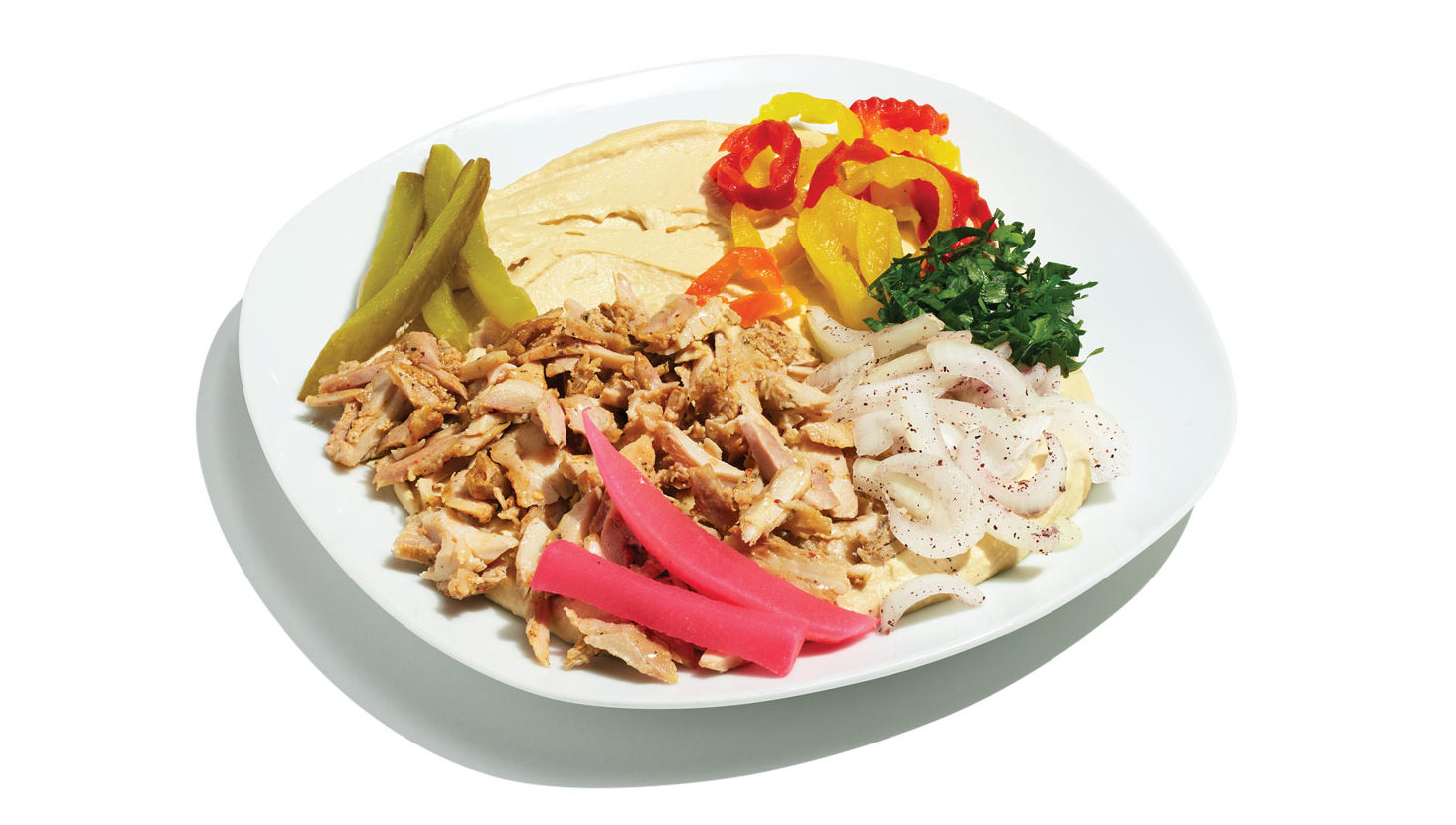 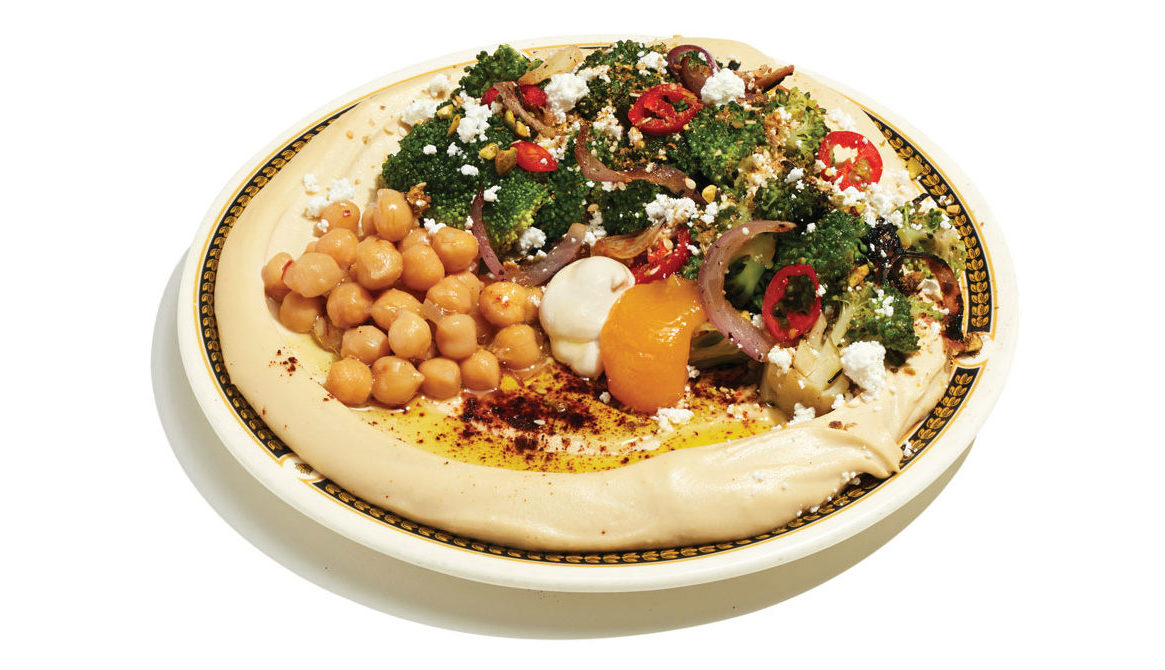 6 At this Ossington restaurant, Palestinian- and Israeli-influenced dishes co-exist in harmony on the menu, including the kitchen’s eponymous plate: a bowl of silken hummus topped with seasonal accoutrements—in this case, rings of roasted delicata squash, pumpkin and sunflower seeds, shaved black truffle, fried sage, and lemon-rosemary salt. $22. 224 Ossington Ave., thehaifaroom.com 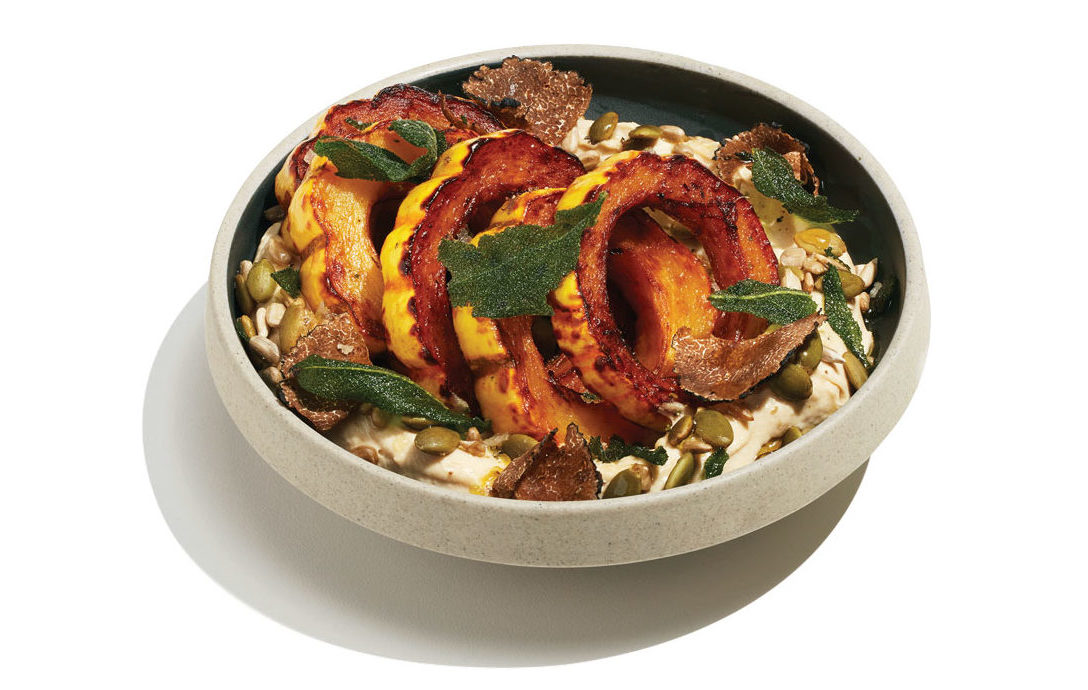 5 The Beiruti hummus at this strip-mall restaurant in Scarborough is whipped through with finely diced tomatoes and a truly whopping quantity of fresh parsley, which gives each bite an herbaceous burst. A side order of flame-grilled spicy flatbread for scooping is a must. $6 and $10. 1960 Lawrence Ave. E., aleppokebab.ca 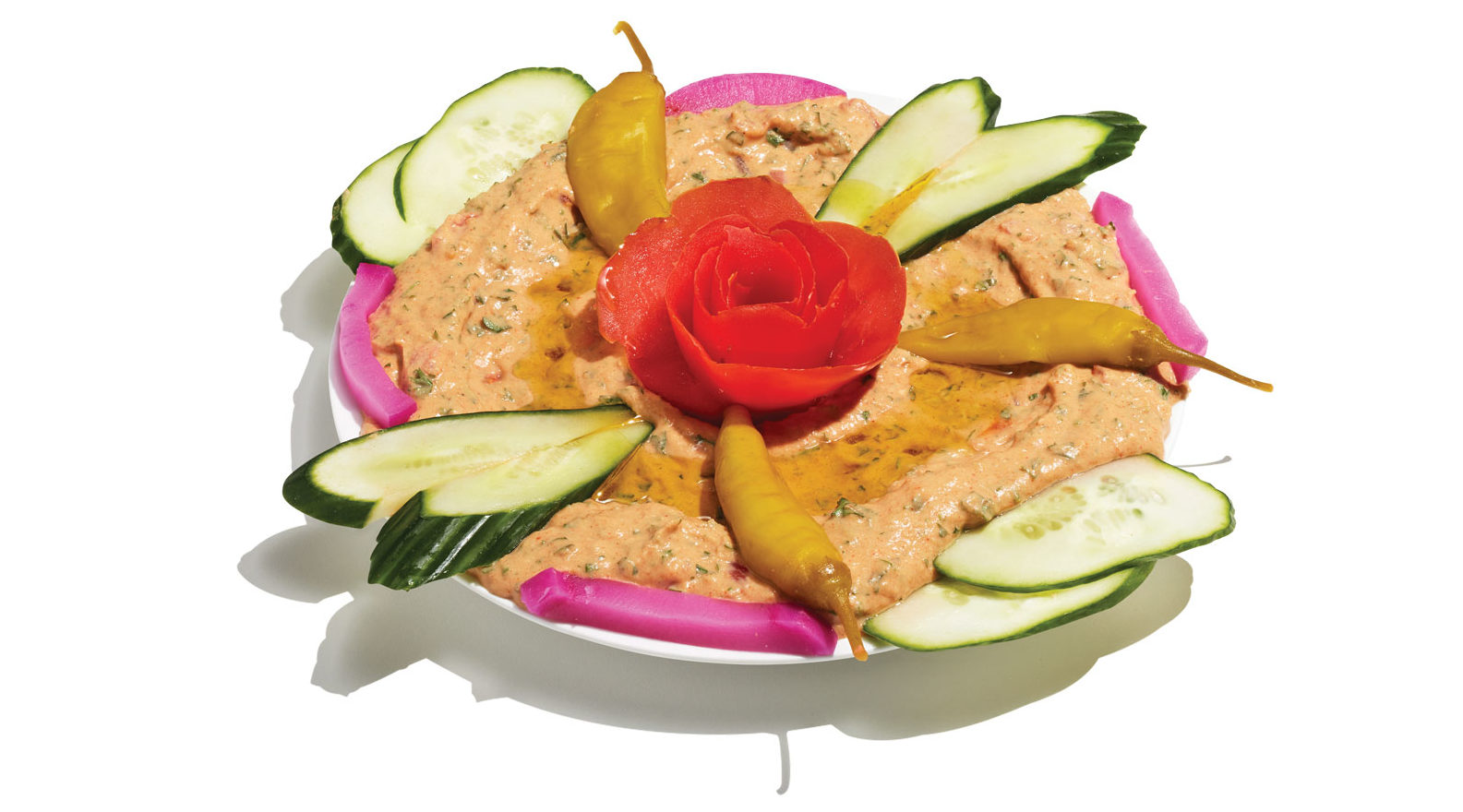 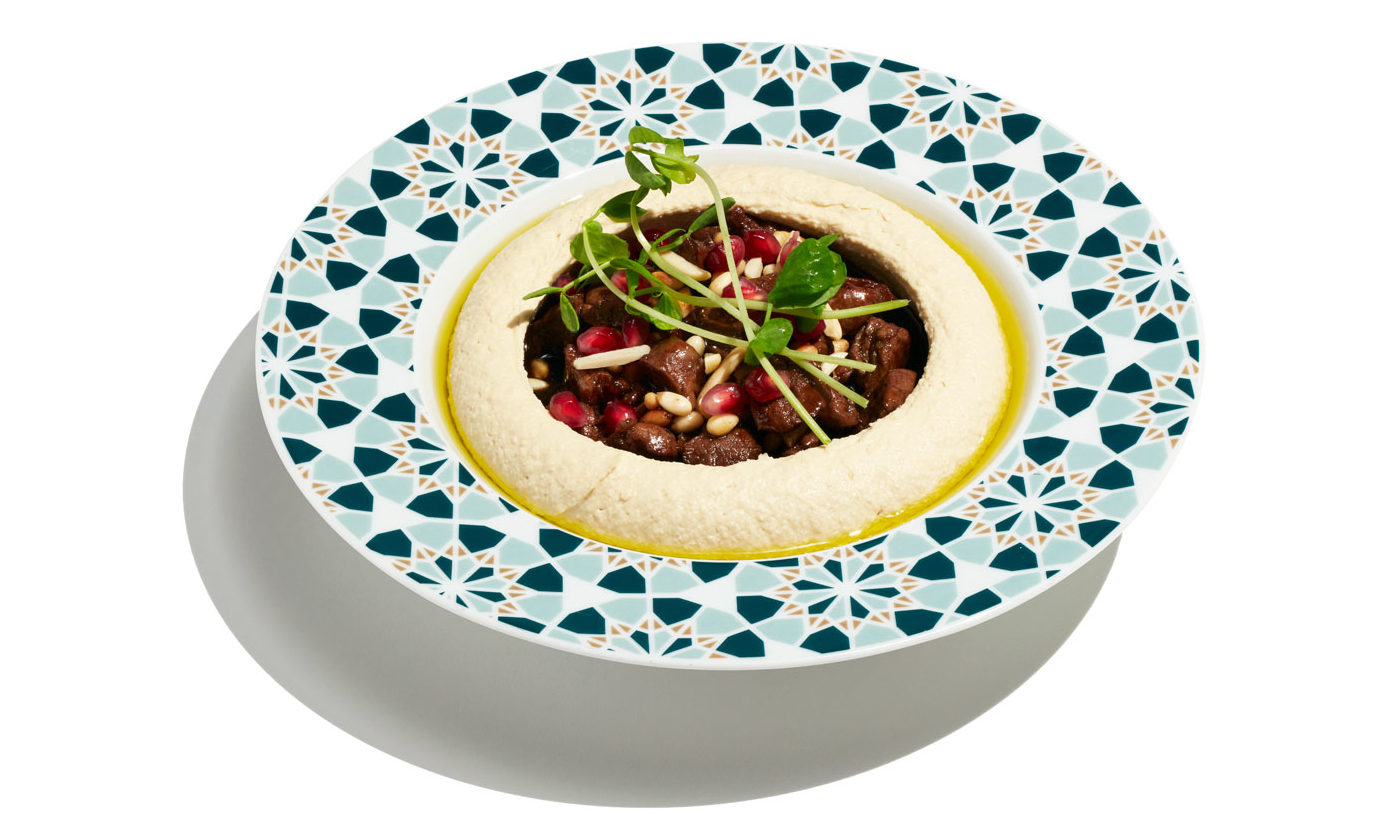 3 In Hebrew and Arabic, masabaha means “swimming,” and in this chain’s hummus masabaha, that’s exactly what whole chickpeas do in a made-to-order mixture of blended chickpeas and lemony tahini. On the side: a chewy house-baked round of the restaurant’s namesake bread. $10.99. Various locations, drlaffa.com 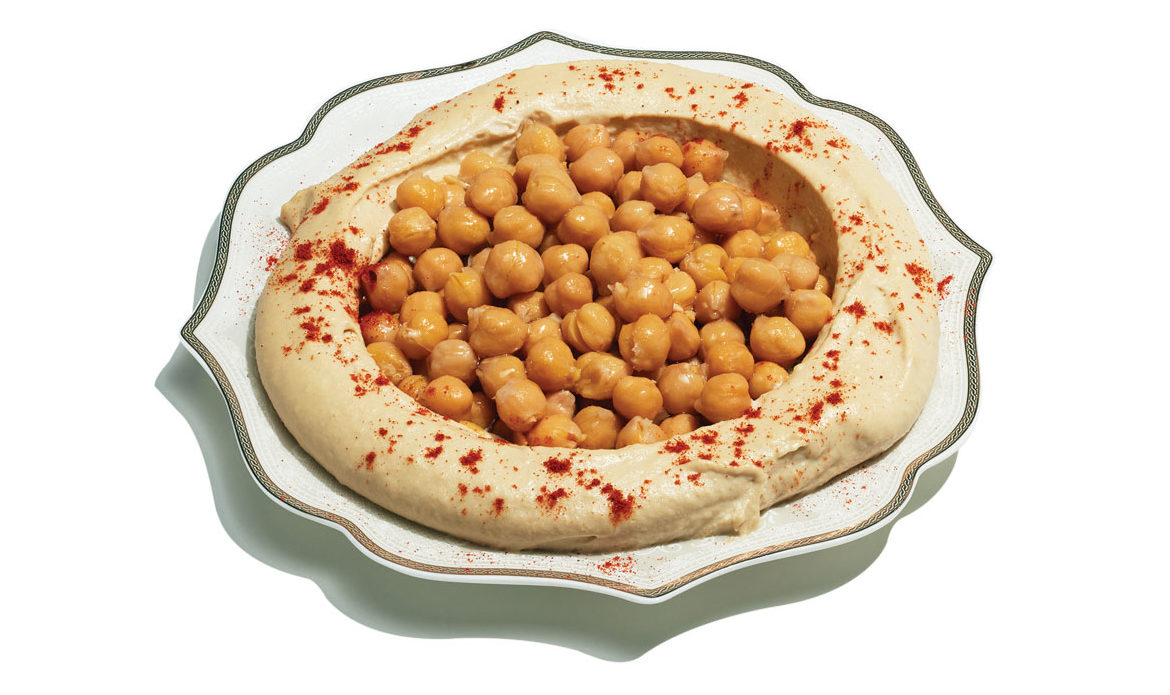 2 At this Israeli restaurant in the Beaches, chef Ben Mishaev’s hummus arrives as a ring of garlicky, lemony whipped chickpeas. Resting in the centre is a pool of tahini, a dusting of sumac, a dollop of herby house zhug and a river of olive oil. After a few drags with hot grilled pita, it all starts to look like edible spin art—and it tastes even better. $12. 1968 Queen St. E., limonbeaches.com 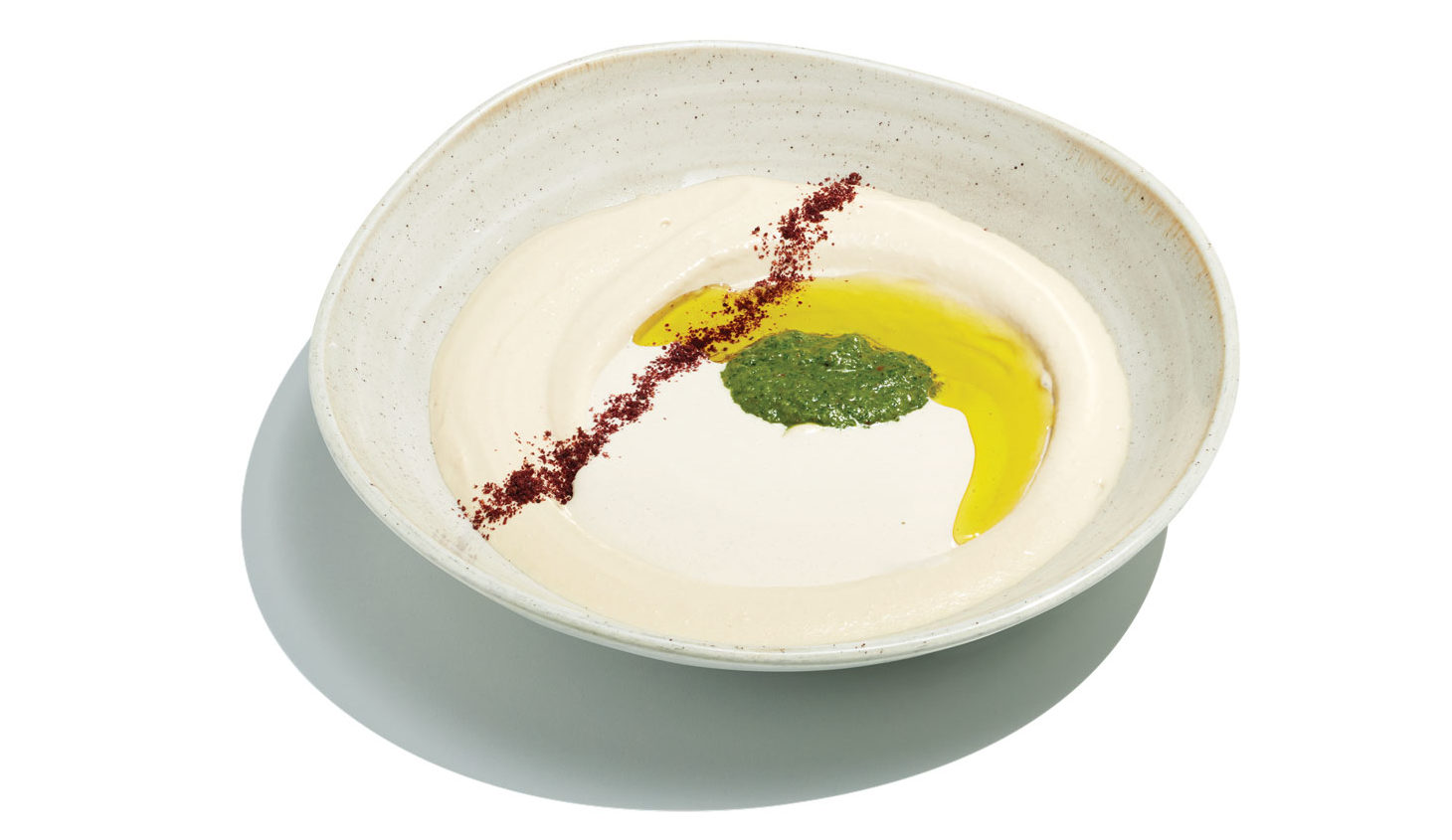 1 The secret sauce of the mashweya hummus at this Geary Avenue hotspot is the house-made tahini. They combine it with puréed chickpeas and add an array of toppings. This North African–influenced version is adorned with roasted red peppers, soft whole chickpeas, garlic, onion, parsley, a swift shake of sumac and a drizzle of tangy amba, a pickled mango sauce that adds a hint of sweetness and eye-popping colour. $19. 217 Geary Ave., parallelbrothers.com 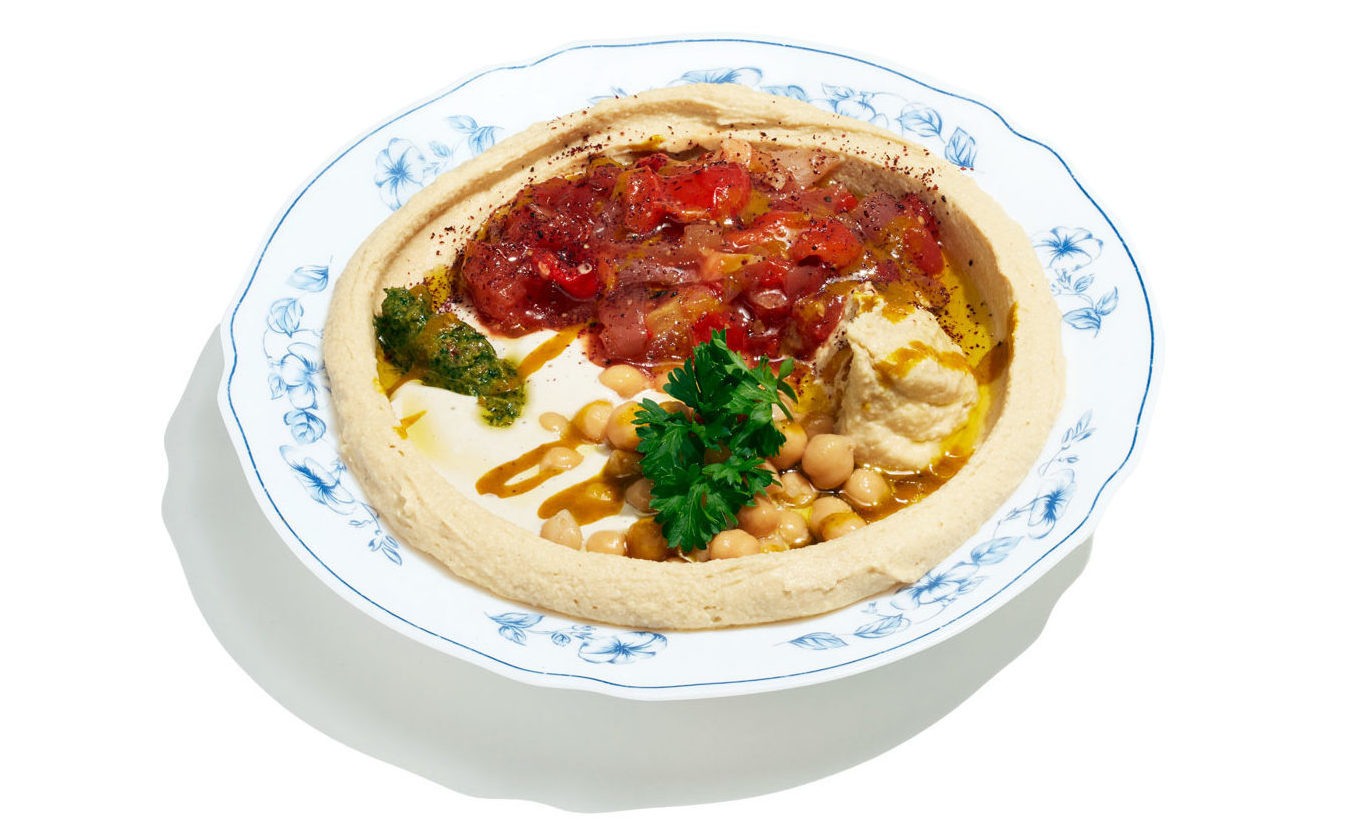