What the stars ate during TIFF: 26 celeb-approved meals from Toronto restaurants

What the stars ate during TIFF: 26 celeb-approved meals from Toronto restaurants

There’s something strangely intimate about knowing the detailed eating habits of major movie stars. Maybe it’s the realization that they do, in fact, consume nutrients like normal humans—or maybe it’s because enjoying the same food brings you closer to them. Here, 26 celebrity-approved dishes ordered by stars like George Clooney, Sandra Bullock and John Goodman during TIFF this year.

Sandra Bullock
Where she ate: Montecito, for the Our Brand is Crisis afterparty.
What she ordered: The restaurant’s crispy JW potatoes (named after chef Jonathan Waxman), which are parboiled, smashed, fried and sprinkled with parmesan. Apparently, she loved them so much that she ordered a second helping.

Gael García Bernal
Where he ate: Aria’s station at W Magazine’s IT Lounge in the Bell Lightbox.
What he ordered: Deconstructed timpano, a dish that combines pasta, meatballs, egg and salami in a rich ragú. The meal was made famous in the Stanley Tucci movie Big Night.

Kristen Stewart and Nicholas Hoult
Where they ate: Hooters at John and Adelaide (they snuck in during a screening of their movie Equals).
What they ordered: The restaurant’s classic buffalo wings and Patrón.

John Goodman
Where he ate: Cibo Wine Bar, for the Trumbo cast dinner.
What he ordered: Pollo matone, a roasted free-range chicken seasoned with rosemary and garlic. It came with sautéed spinach and roasted potatoes.

Sophie Tweed Simmons
Where she ate: The Thompson Diner, before heading up to the Bungalow 8 pop-up party on the hotel’s rooftop lounge.
What she ordered: She and her boyfriend split the double mac and cheese, a burger and chicken fingers.

John Travolta
Where he ate: Byblos, for Gotti’s cast party.
What he ordered: Lamb ribs encrusted with dukkah and molasses, and a Spanish empanada filled with romesco, braised oxtail and guindilla pepper. He also had salmon served over a house Turkish paste, with mint labneh and barbari bread on the side.

Our Dukkah coated Lamb Ribs are the ultimate start to your dinner tonight! Photo ℅ @jameshung A photo posted by Byblos Toronto (@byblostoronto) on Aug 23, 2015 at 4:13pm PDT

Gerard Butler
Where he ate: Byblos, at a party for his film Headhunter.
What he ordered: Chef Stuart Cameron’s Middle Eastern fried chicken, seasoned with za’atar and garlic sauce.

George Clooney
Where he ate: Bosk, while staying at the Shangri-La.
What he ordered: The green tomato salad, topped with feta, artichokes and grilled bread. He also ordered the double-patty Bosk burger. He took out the second patty and ate it separately. 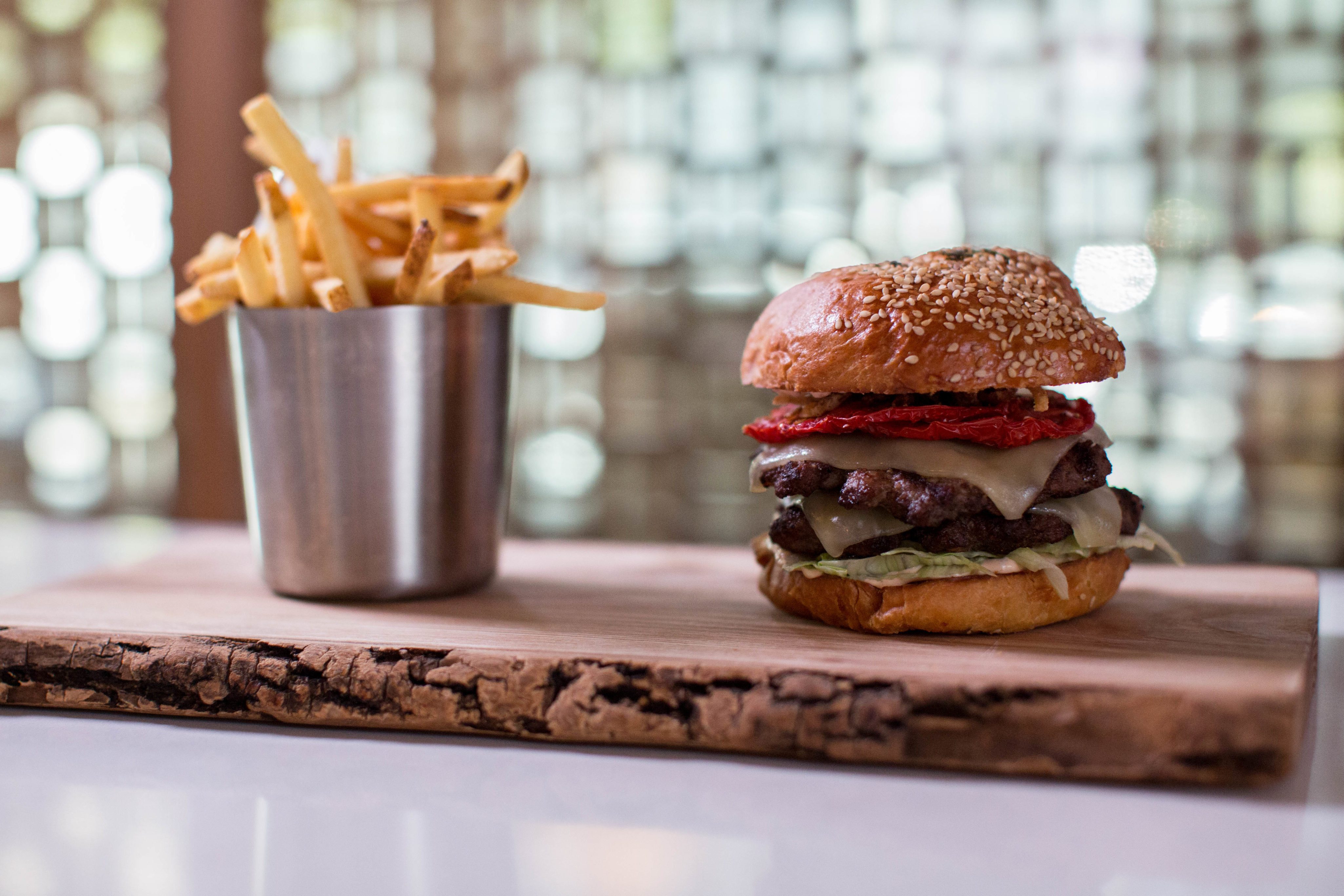 Sarah Silverman
Where she ate: ViaVai, for I Smile Back’s cast dinner.
What she ordered: The Marinara pizza, topped with tomato, arugula, prosciutto and parmesan. She also ordered the panarea salad, which is tossed with tuna, feta, olives, fennel, celery and chickpeas.

Have you made your #ViaVaiLicious reservation yet? Prix fixe menu features three flavourful courses including this perfectly crispy Marinara pizza. Ends July 31st.

Donald Sutherland
Where he ate: Real Sports, while watching tennis.
What he ordered: He and his crew split the nachos, quesadilla sliders, southwest triple dip, wings and sweet potato fries.

#RealSport Executive Chef @gastromatthew is working hard just for you. We can’t wait for you to try them. ・・・ after a month of trials and eating a crap load of cheese and Nachos, the genius Afrim came up with an unreal cheese combination for the new nachos at RS. look for it on the new menu launching August! #nachos A photo posted by Real Sports Toronto (@realsportstoronto) on Jul 5, 2015 at 4:31pm PDT

Johnny Depp
Where he ate: Bosk, for a Saturday night dinner with his wife, Amber Heard.
What he order: The hamachi sashimi (with cucumber and horseradish-lemon dressing) and the same green tomato salad Clooney ordered. Later in the evening he ordered the cheese board, which came with beemster, La Sauvagine and testun di barolo. 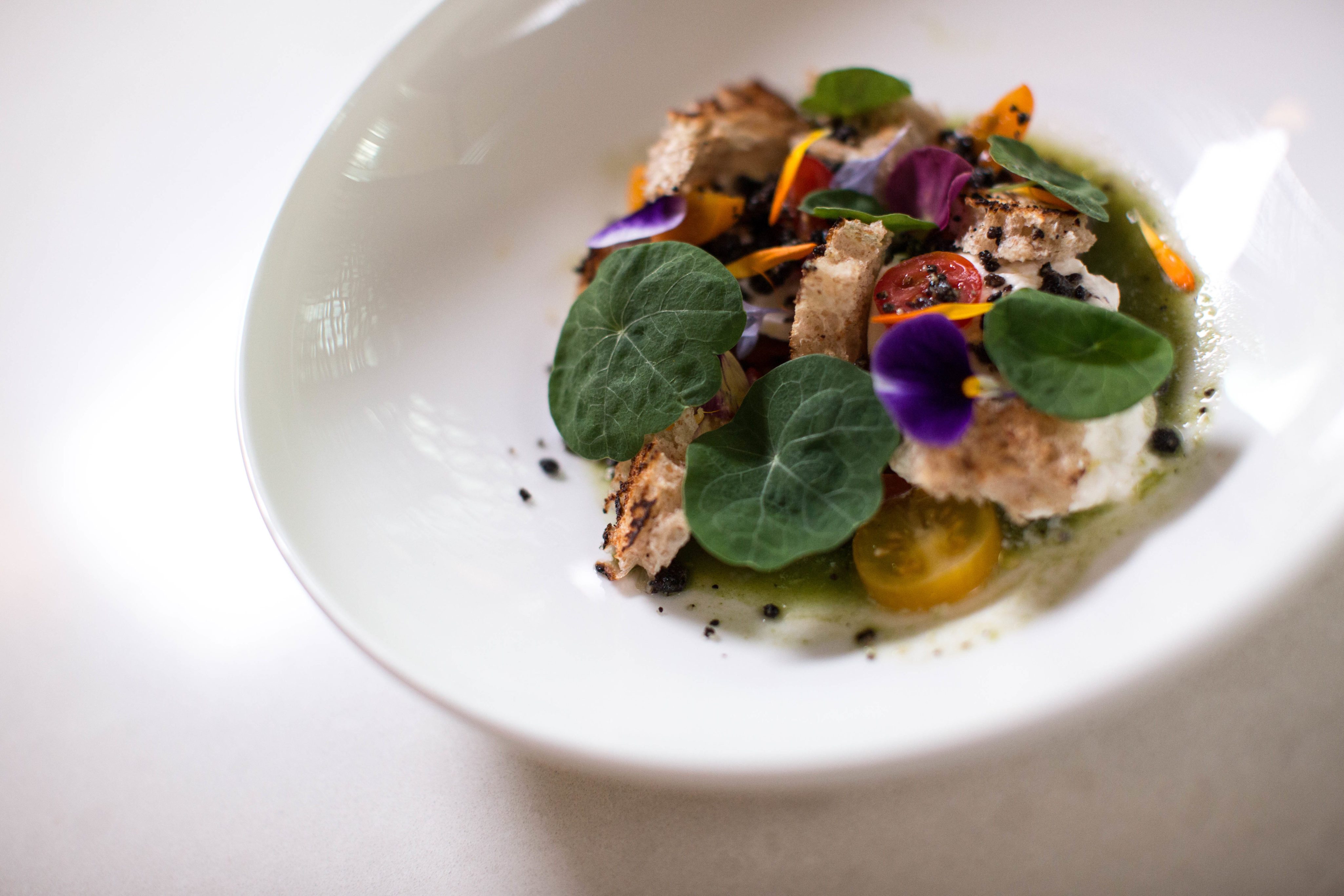 Jessica Chastain
Where she ate: Bosk, while staying at the Shangri-La
What she ate: The restaurant’s afternoon high tea menu, which includes dainty finger sandwiches (apple and cucumber, egg and watercress, roasted chicken and mustard, lobster and chive) and fresh scones. The restaurant made sure everything was vegan.

3 thoughts on “What the stars ate during TIFF: 26 celeb-approved meals from Toronto restaurants”