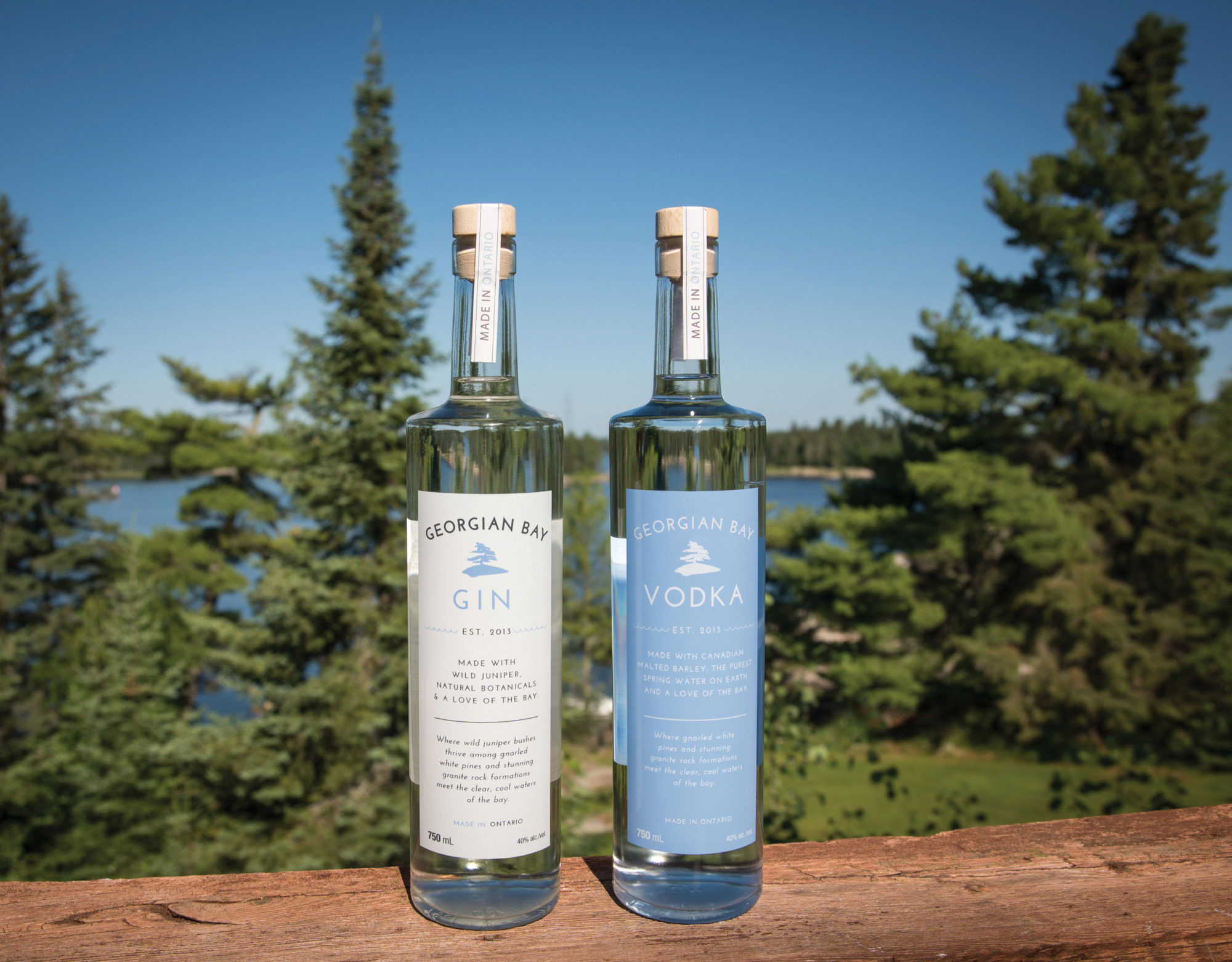 Georgian Bay Spirit Co. has come a long way since it was founded in 2013 by a pair of friends and entrepreneurs who wanted to combine their passion for spirits with their love of Georgian Bay. They spent a year making gin in their kitchen, developing 48 recipes until they found one they liked, using wild juniper and local spring water. In the years since, the company has stayed true to their small-batch, hand-crafted roots, but their popularity has exploded, and they’ve expanded into craft canned cocktails and an internationally renowned vodka. Most recently, at the International Wine and Spirits Competition, Georgian Bay Vodka was one of only ten global vodka brands to win the coveted gold medal. The judge’s tasting notes described it as, “Elegant, subtle, refined and achingly sophisticated.” The vodka also received another gold medal and “Best in Show” standing at the London Spirits Competition.

Georgian Bay Spirit Co.’s head distiller Joshua Beach says their success is due mostly to impeccable balance in both of their spirits. He describes their botanically distilled gin, which has also won numerous international spirits awards over the years (including gold at the 2020 consumer-evaluated SIP Awards), as having a citrusy, floral aroma, accented with pine from the juniper. “But then you get the underlying creamy-ness of the spirit,” he says. “It’s important that the spirit character isn’t overpowering, but is in balance with all of the botanicals around it.” For their vodka, he says the creamy caramel and malted vanilla notes come through on the nose, while still staying true to a vodka. “Vodkas should always be neutral, but hint at the underlying raw ingredients, and I think ours does that really well,” he says.

As their lineup of spirits and drinks are bar staples all year round, we asked their in-house mixologist and spirits ambassador Alyson McLean to come up with some seasonal cocktails you can easily whip up this fall—no matter your mixology skill level. Enjoy!

An indulgent twist on an espresso martini 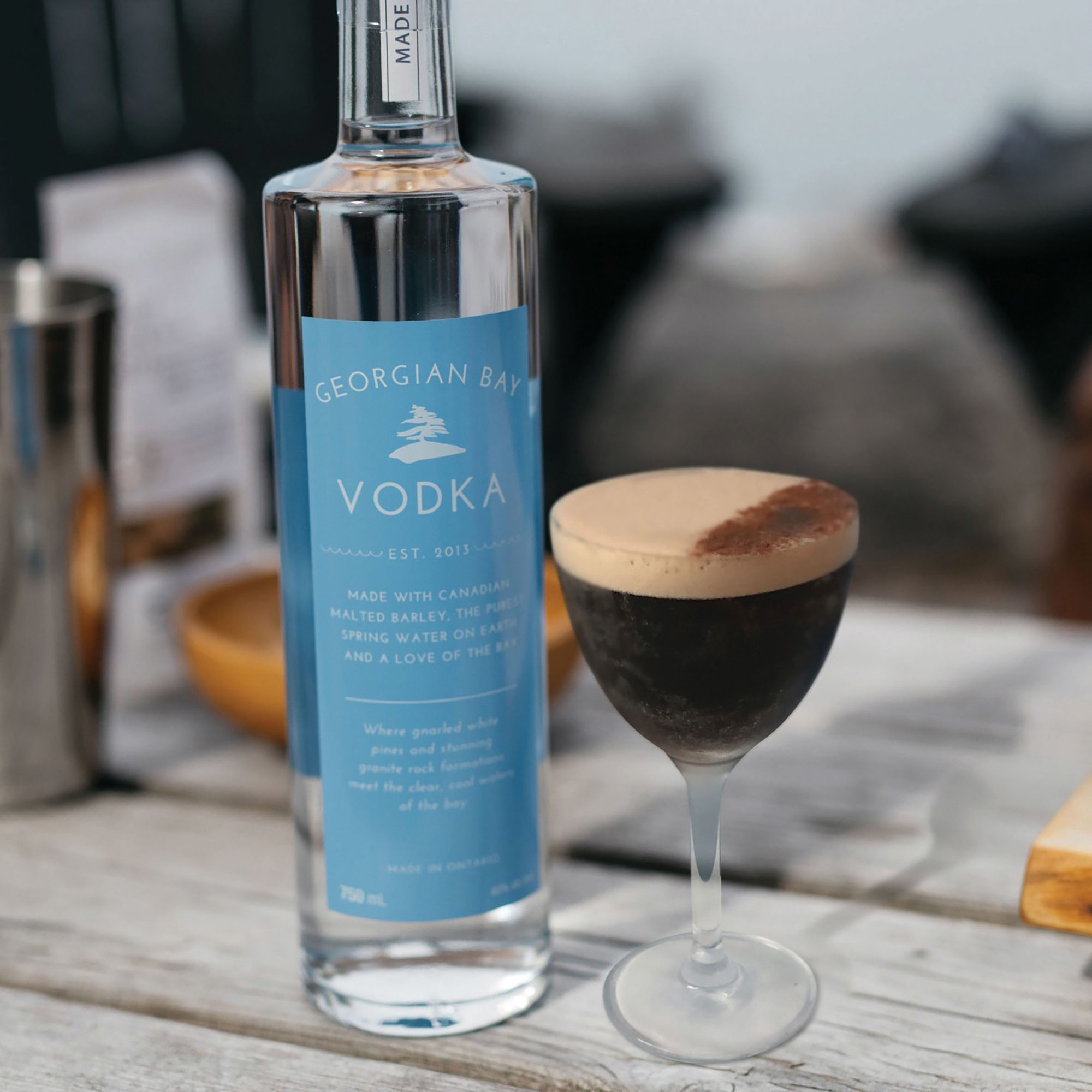 “I love this cocktail right now because not only are espresso martinis becoming popular again, to me, this is an ode to quarantine and all the homemade baked goods we made while stuck inside. This cocktail is tasty, balanced and not too sweet. Plus, it gives you a little caffeine boost.” ­–Alyson

Add all ingredients except cinnamon to shaker tin with ice and shake vigorously for 20 seconds. Strain into a chilled stem glass. Garnish with a dust of cinnamon and serve!

**banana infused vodka: slice up a banana that is not too ripe, add vodka and bananas to a glass or mason jar and cover for at least two days. Strain and remove bananas from vodka and it is ready to go!

“This is a great cocktail coming into fall. You can still use fresh produce from the summer, but add in warmer ingredients. It’s refreshing but the additional herbaceous flavours add a complexity.” –Alyson

Add all ingredients to a shaker tin with ice and shake vigorously for 15-20 seconds. Strain into a rocks glass with ice and garnish with a peach slice and a sprig of thyme.

**peach cinnamon syrup: in a saucepan, combine 1 cup of sugar, 1 cup of water, a couple teaspoons of cinnamon, and sliced peaches. Bring to a boil then reduce over medium heat for about 30 minutes, strain the peaches and you’re done!

A citrusy cocktail for pretending you’re on vacation 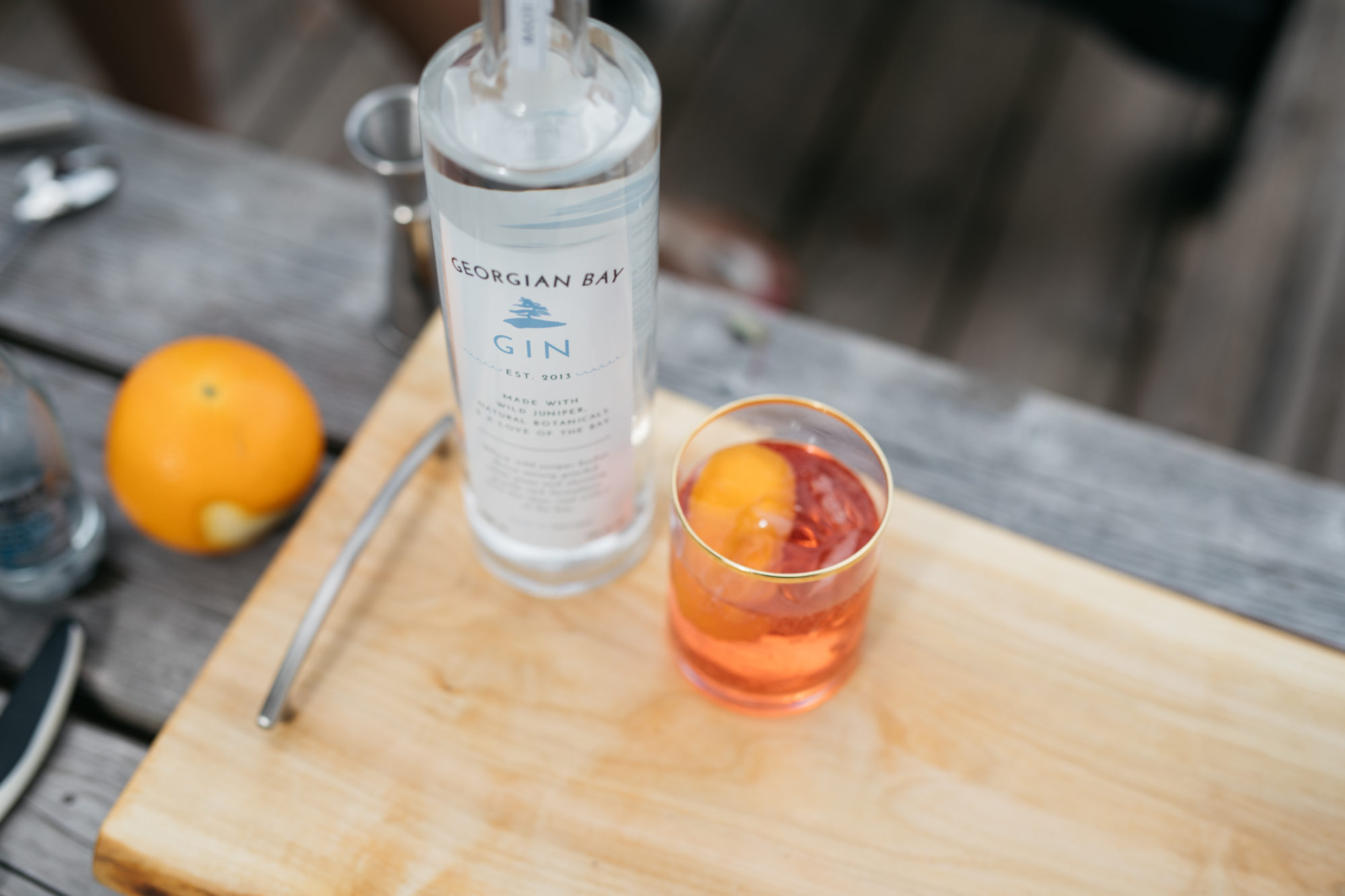 “This cocktail was inspired by using fresh, local ingredients, with some tropical notes to get you reminiscing about vacation season. Although traveling is not really in the cards for anyone at the moment, this allows you to enjoy a not-too-sweet, tropical drink at home.” –Alyson

Add all ingredients to a shaker tin with ice, and shake vigorously for 15 seconds. Strain into a rocks or collins glass with ice, and garnish with a pineapple wedge and basil leaves. If you want to tone down the intensity of flavours for this drink, you can top it off with our Georgian Bay Strawberry Smashed Soda.