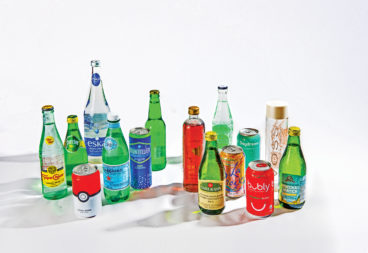 We tasted 20 sparkling waters and scored each for bubbliness, flavour and quenchability. Here are our favourites, from age-old classics to newfangled fizz bombs

20 We can’t say for sure if this nearly $6 can of hemp-infused water delivers on its promises of relaxation and peace of mind, but Daydream’s cucumber-lime concoction is fizzy AF and it’s got a zero-proof cocktail thing going for it. drinkdaydream.com 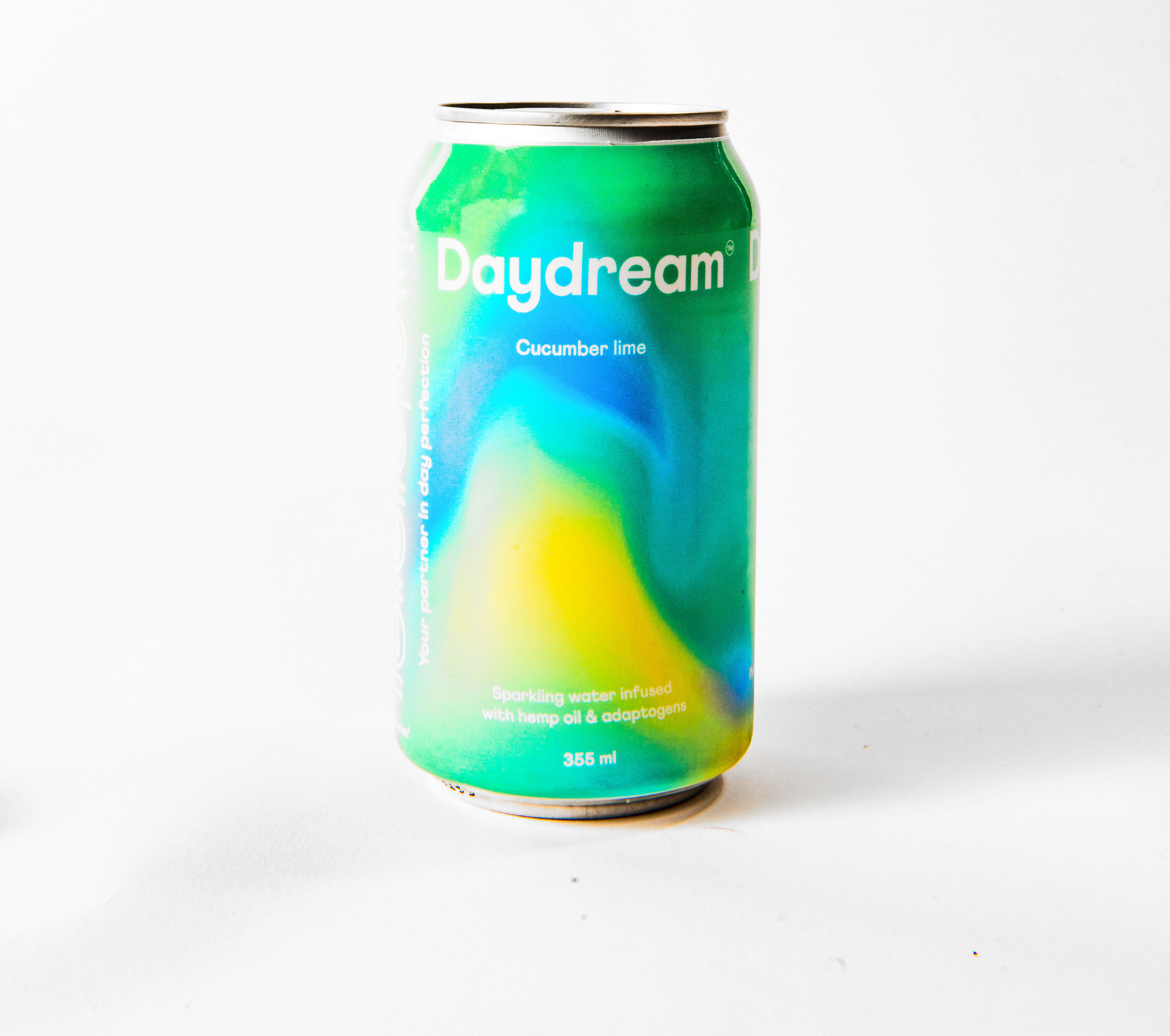 19 Lightly sparkling O.Vine gets its rose tint from spent grape skins—cabernet sauvignon, merlot, syrah and petit verdot—that already did their winemaking duty. It’s alcohol-free and tastes like a light red-wine spritzer, which makes it an ideal party beverage for drinkers and non-drinkers alike. winewater.com 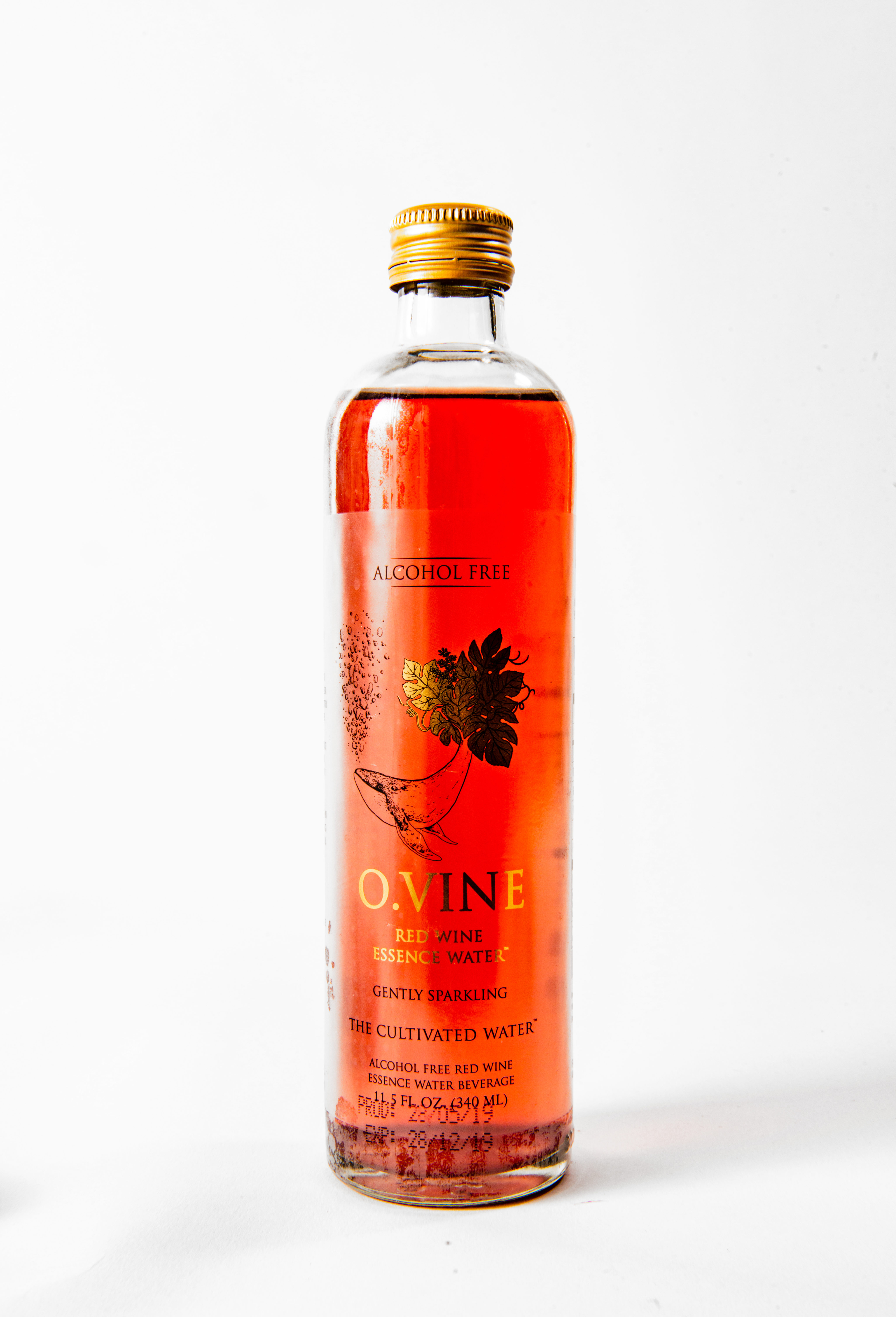 18 Bubble fiends may find this naturally sparkling French import to be a bit lightweight in the fizz department, but it’s beloved for its deft pair-ability with haute cuisine. Catch it while you can: the St. Galmier spring from which it emanates is reportedly becoming increasingly drought-prone. badoit.com 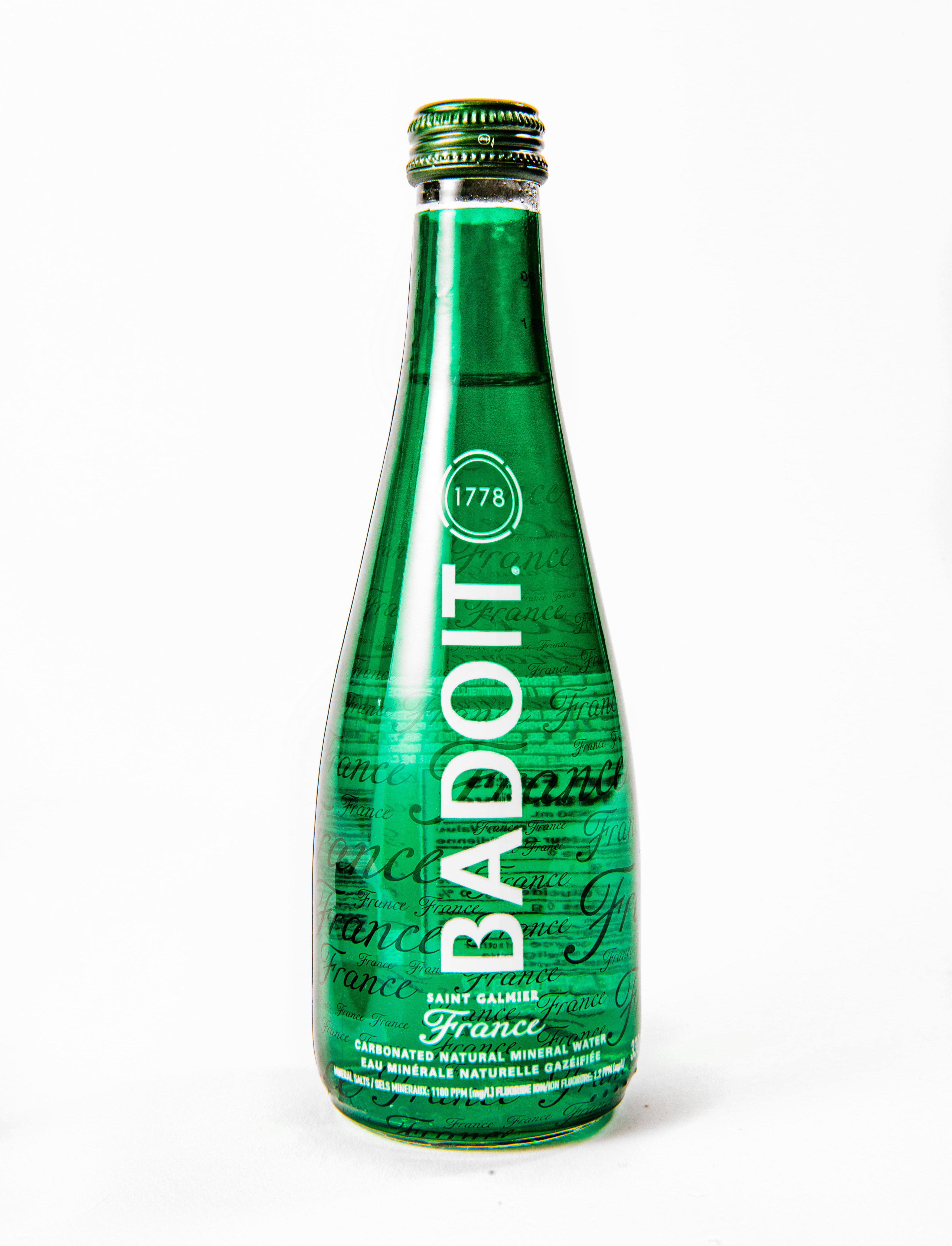 17 Coke’s zero-cal citrus soda now has a sister drink with some sparkle. The new bubbly bevy line comes in the O.G. grapefruit flavour, peach-citrus and this black cherry–citrus one that is not unlike sipping a fizzy and fruity popsicle. coca-cola.ca 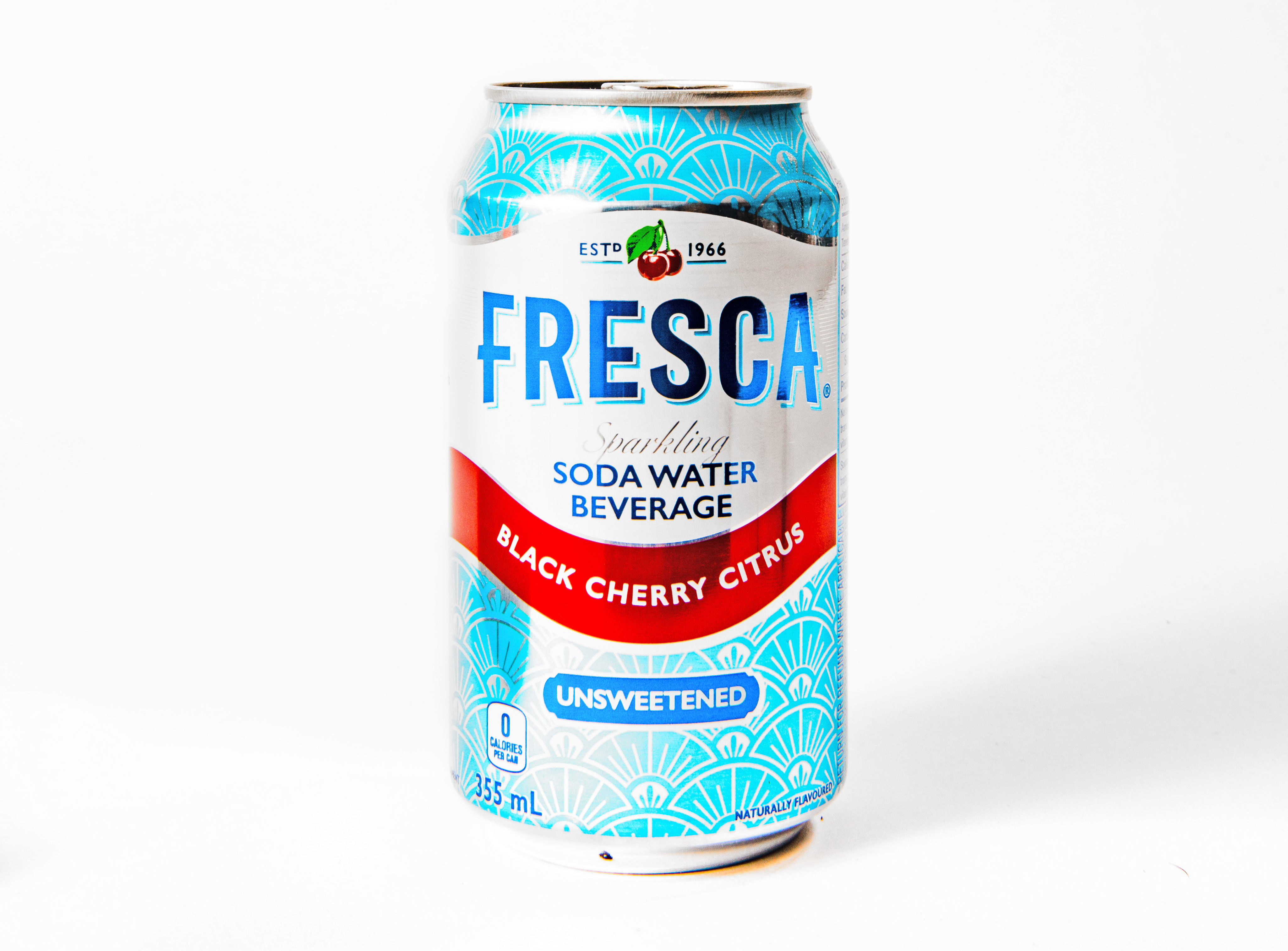 16 Anyone trying to curb their soda cravings will appreciate the sugar-free sweetness of Smartwater’s fuji apple–pear. Its flavour profile is green Jolly Rancher, but it’s packed with hydrating electrolytes, so it has all the qualities of a lightly carbonated Gatorade—without the spoonful of sugar. smartwatercanada.ca 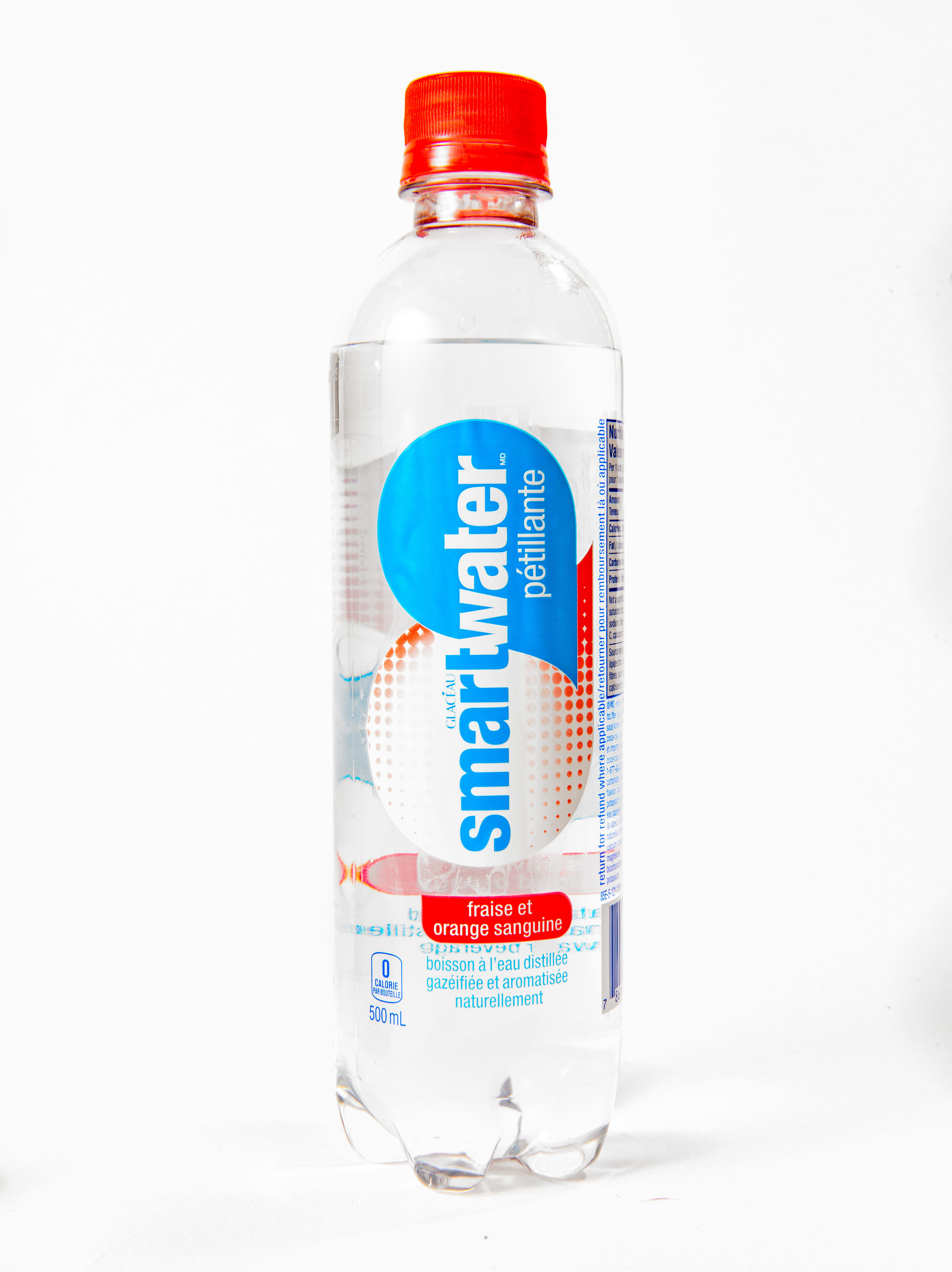 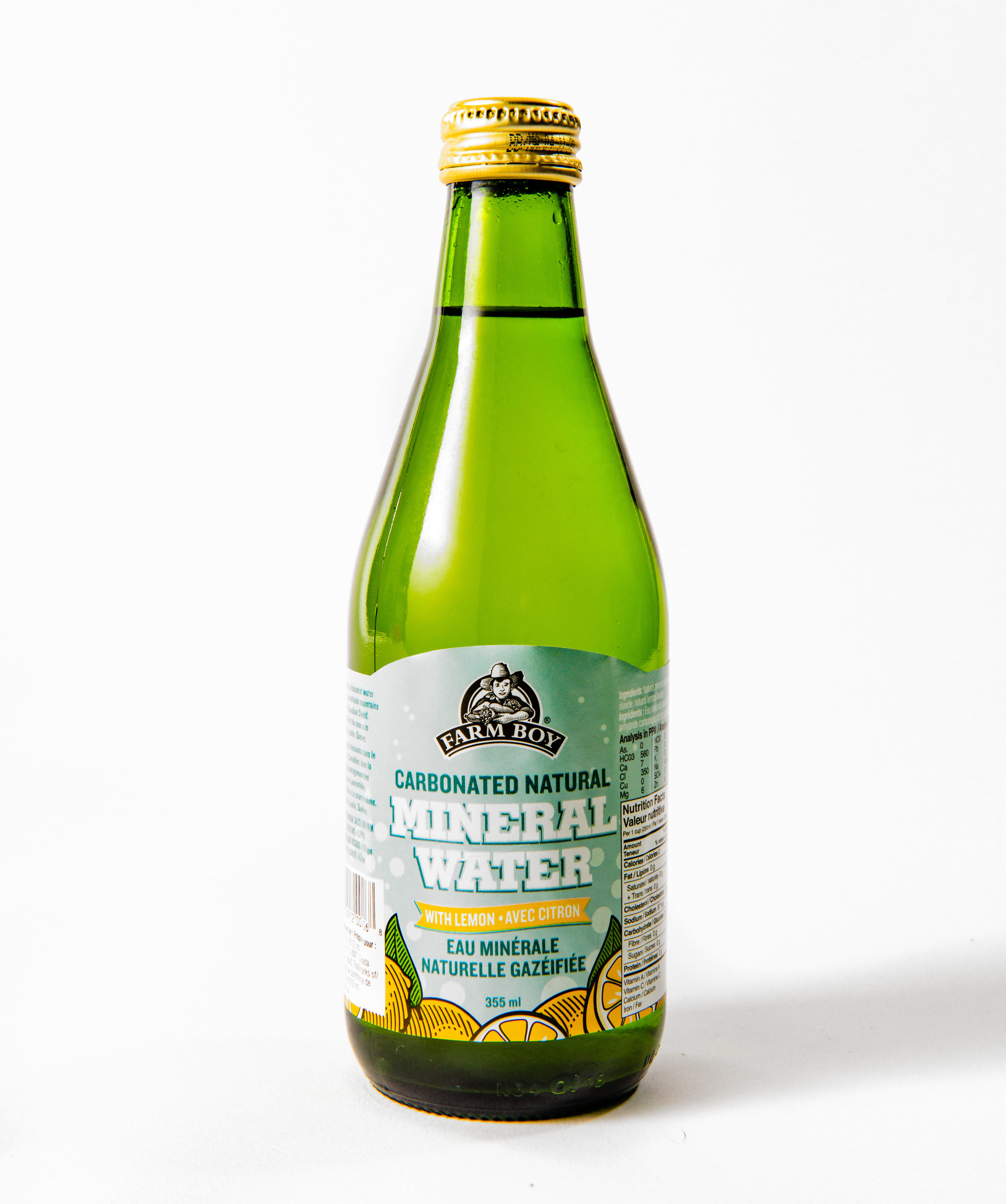 14 Sourced from a Norwegian aquifer, Voss is one of the fancier waters on this list. And with some obvious product placement in Succession and Ballers, it’s basically the Fiji Water Girl of the TV world. We like the tangerine-lemongrass flavour for its lightly carbonated citrus zing—every sip is like unpeeling a clementine. vosswater.com 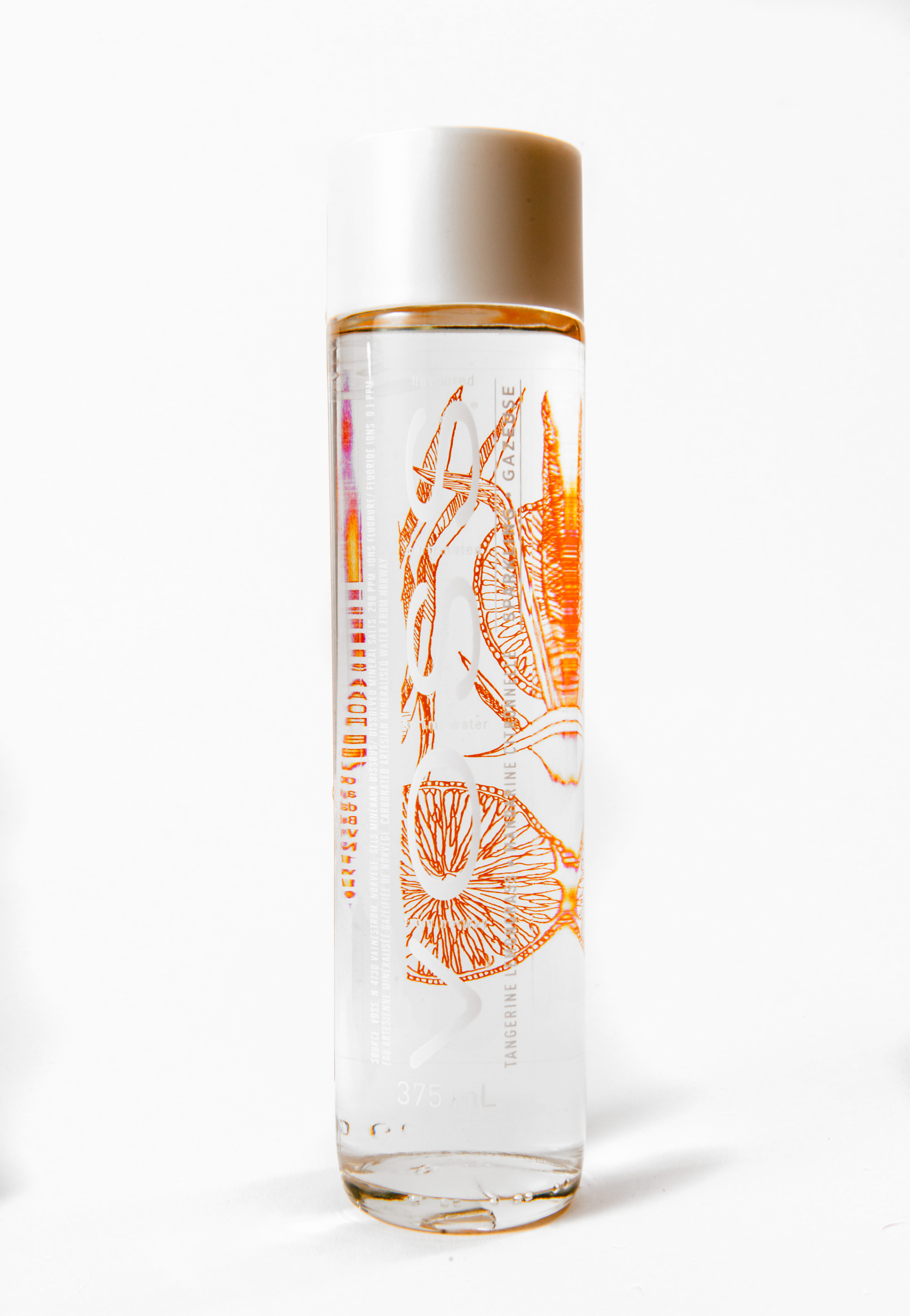 13 These smirking cans of flavoured bubbly water are PepsiCo’s answer to LaCroix. Strawberry Bubly smells like those pink marshmallows you can only find in cottage country general stores and tastes like a splash of summer with just a hint of sweetness. bubly.com 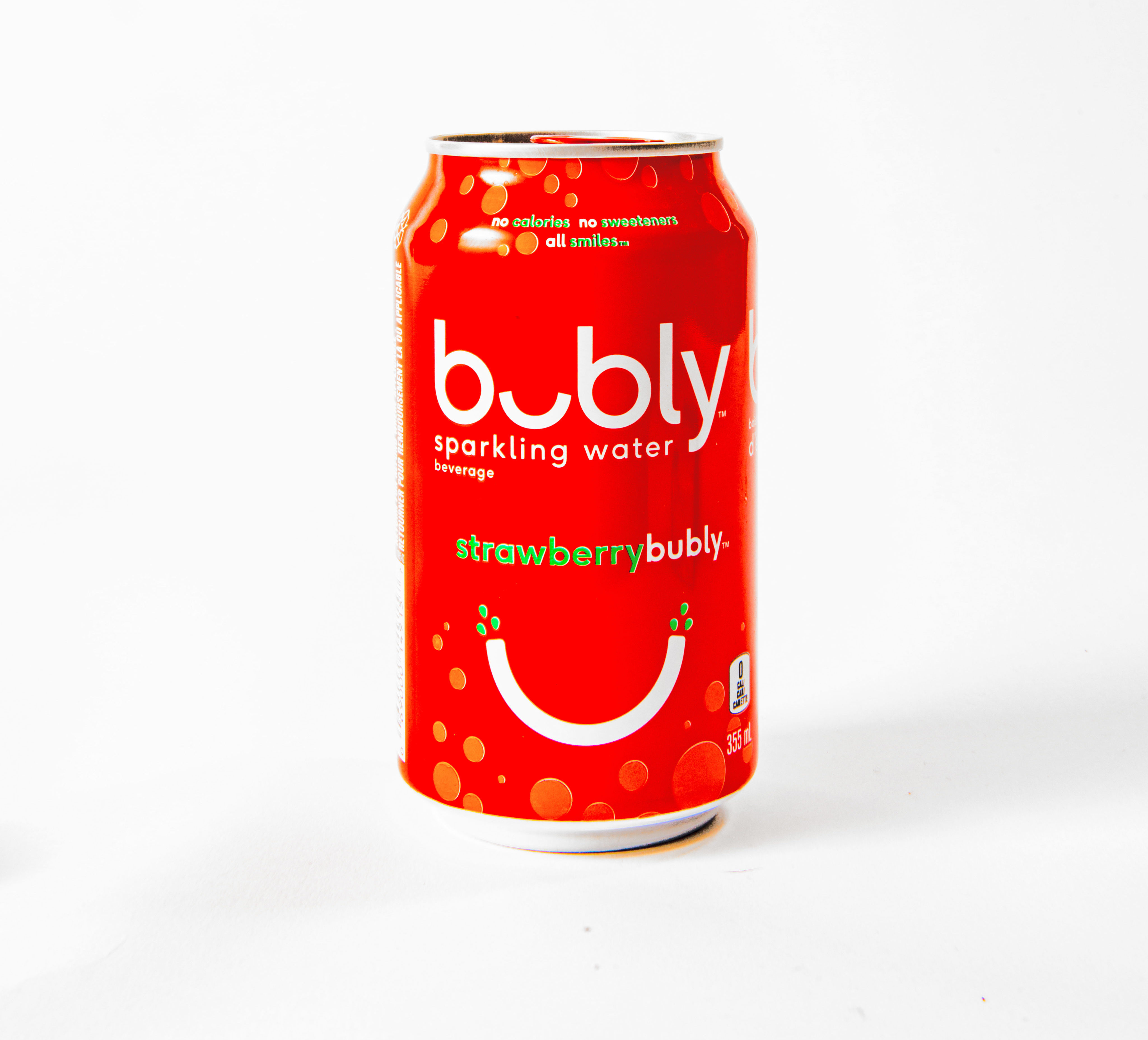 12 With roughly a bazillion private-label products under the McEwan banner, it should come as no surprise that celeb chef Mark McEwan even has his own line of fizzy water. It doesn’t blow anyone away with amped-up carbonation, but it’s one of the most well-balanced and refreshing all-around bubblers there is. mcewangroup.ca 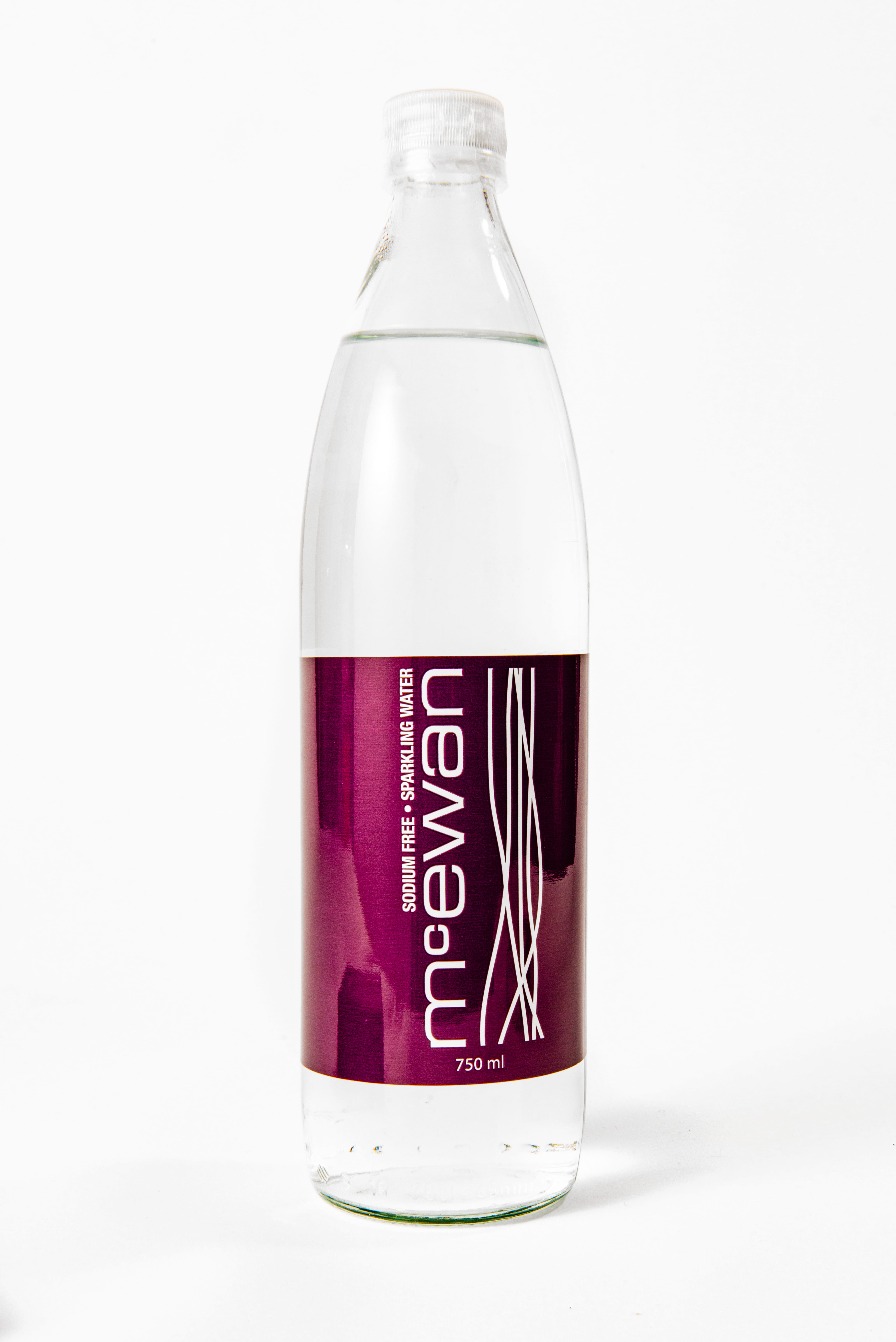 11 The can that made flavoured fizzy water go seriously viral comes in a dizzying assortment of flavours, from key lime to coconut. Some reproductions are more faithful than others, but our LaCroix pick is the pamplemousse for its gentle balance of sweet and tart, and all-around crushability. lacroixwater.com 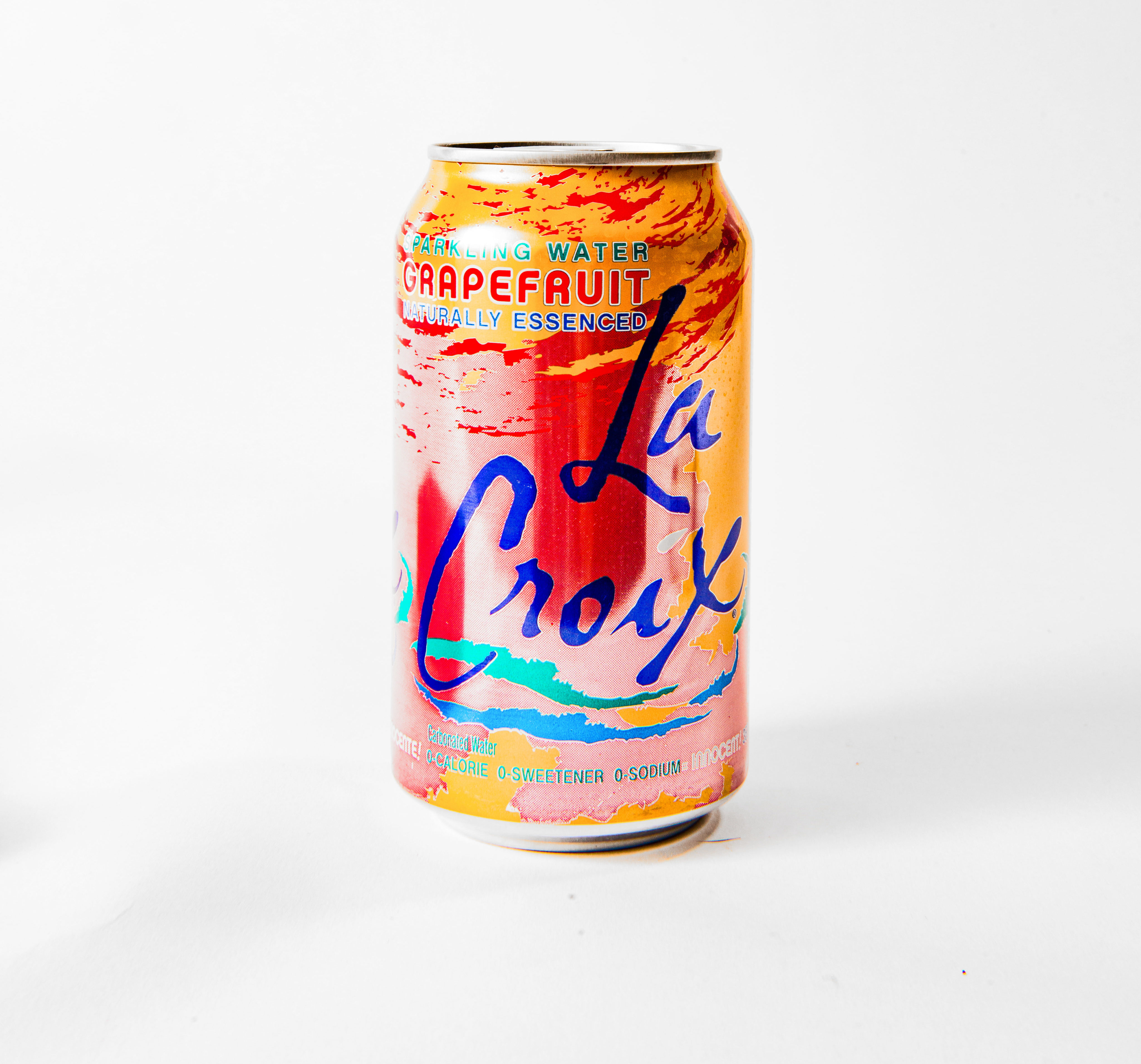 10 From Boylan, the label best known for its line of cane sugar colas, comes this crystal-clear throwback seltzer. The lime version is dosed with a suitable blast of fizz and spritzed with citrus, and while it’s far from boundary-pushing, the taste is as classic as the bottle’s two-tone mid-century labelling. boylanbottling.com 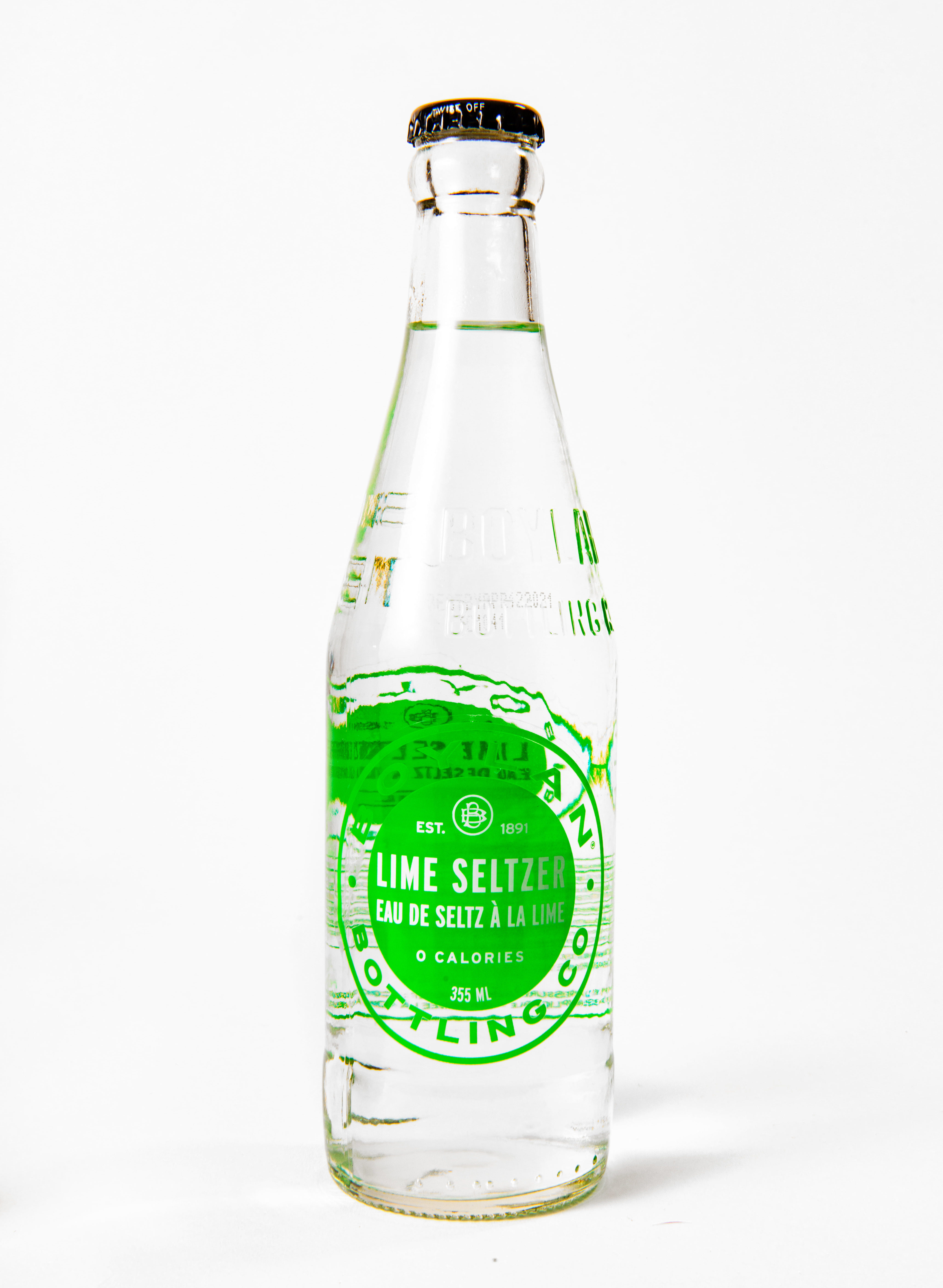 9 For more than 100 years, this naturally sparkling mineral water has been bottled at its source, a mountain-fed spring in the village of St-Justin, Quebec. Not only is it a real thirst-quencher, but its high concentration of bicarbonate means that its bubbles come from Mother Nature—and indigestion doesn’t stand a chance. saintjustin.ca 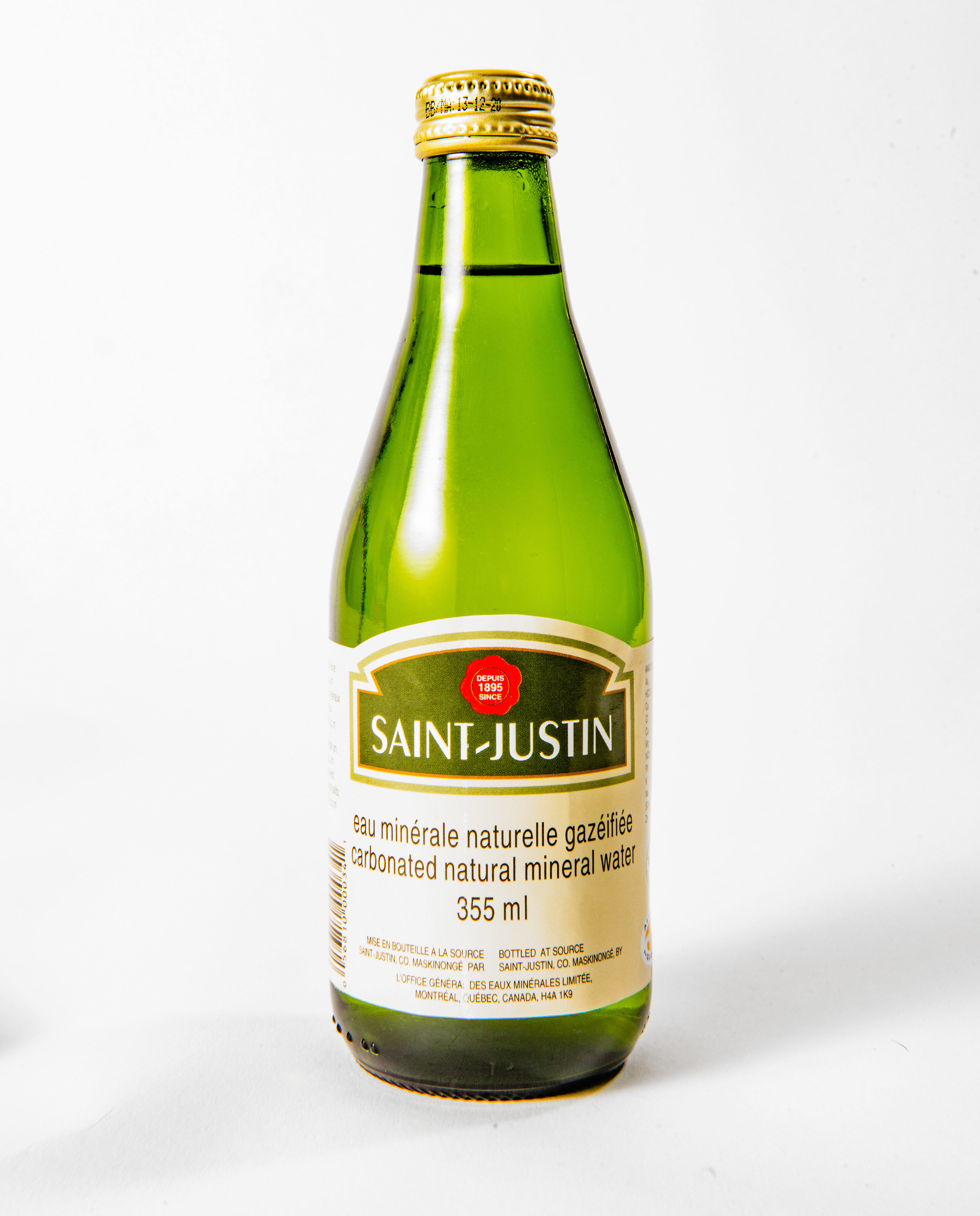 8 The pride of Arkansas was reportedly the White House water of choice for U.S. presidents Coolidge through Clinton—not to mention the Triple Crown-winning racehorse Secretariat. Our verdict: It’s clear, crisp, refreshing, and, for probably the first time, has us curious about a trip to the Natural State. mountainvalleyspring.com 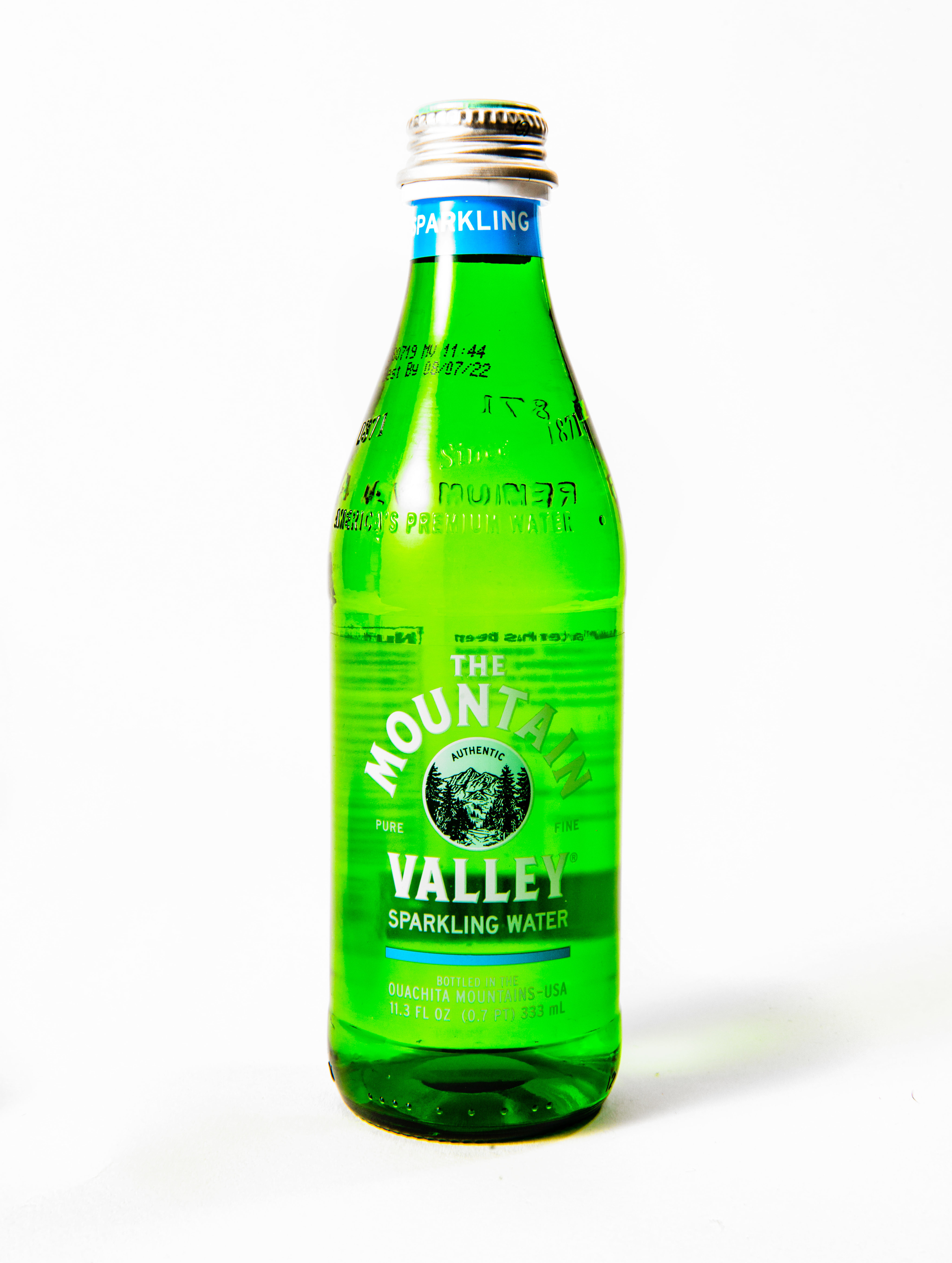 7 While it might be hard to take a Pokémon-inspired can seriously, don’t be fooled: Ocean Bomb, infused with mint and something called “marine deep concentrate” (so, ocean minerals, hence its name) is a seriously good, slightly saline sip. It’s the sort of thing you can find only at a global megastore like Nations Experience in the Stockyards. nationsfreshfoods.ca 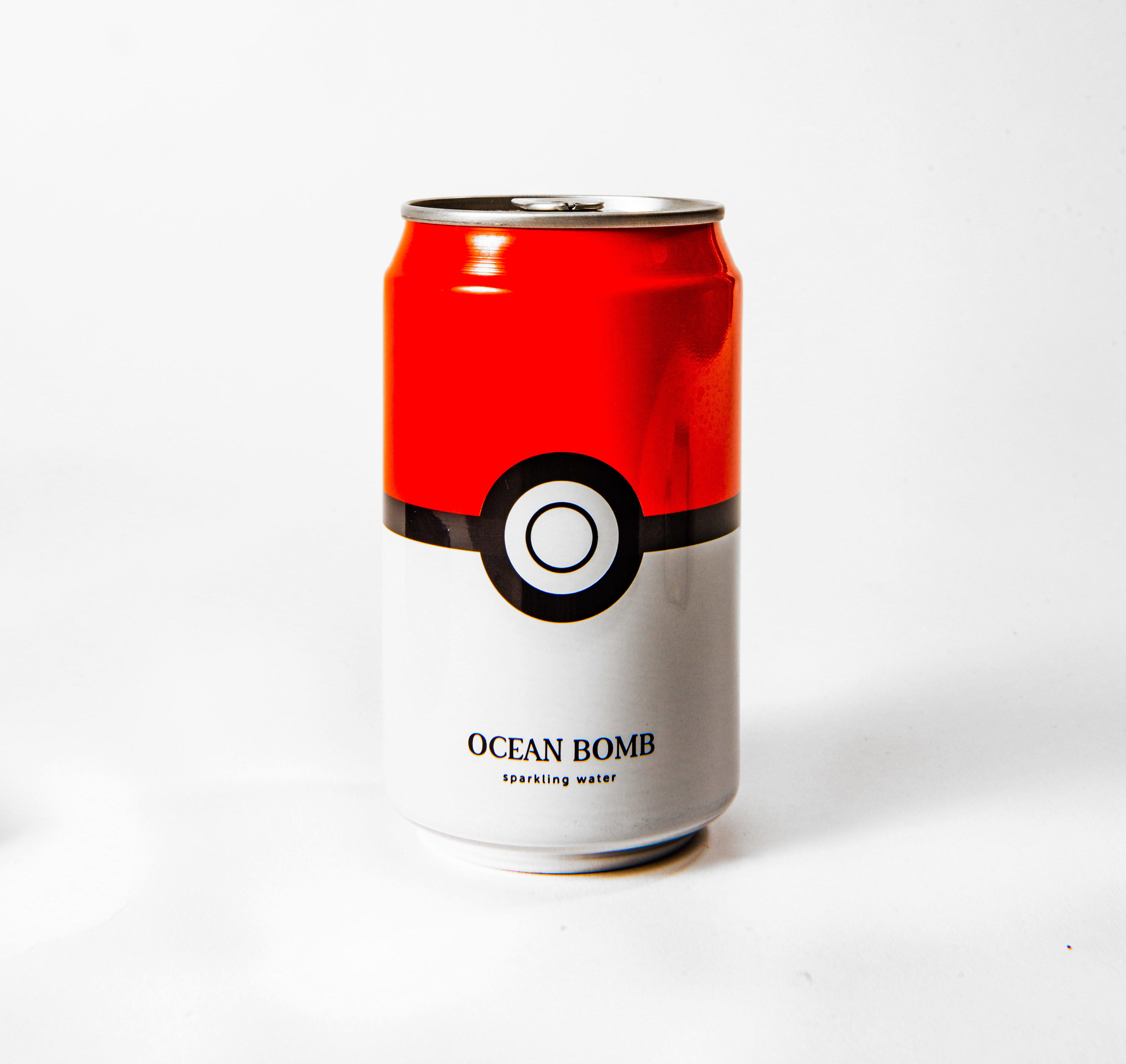 6 Trying to cut back on the sauce after the holiday blitz? Montellier’s lime-flavoured bubble bomb mixes Quebec spring water with a substantial hit of natural lime flavour, and it kind of tastes like a (booze-free) vodka soda. montellier.ca 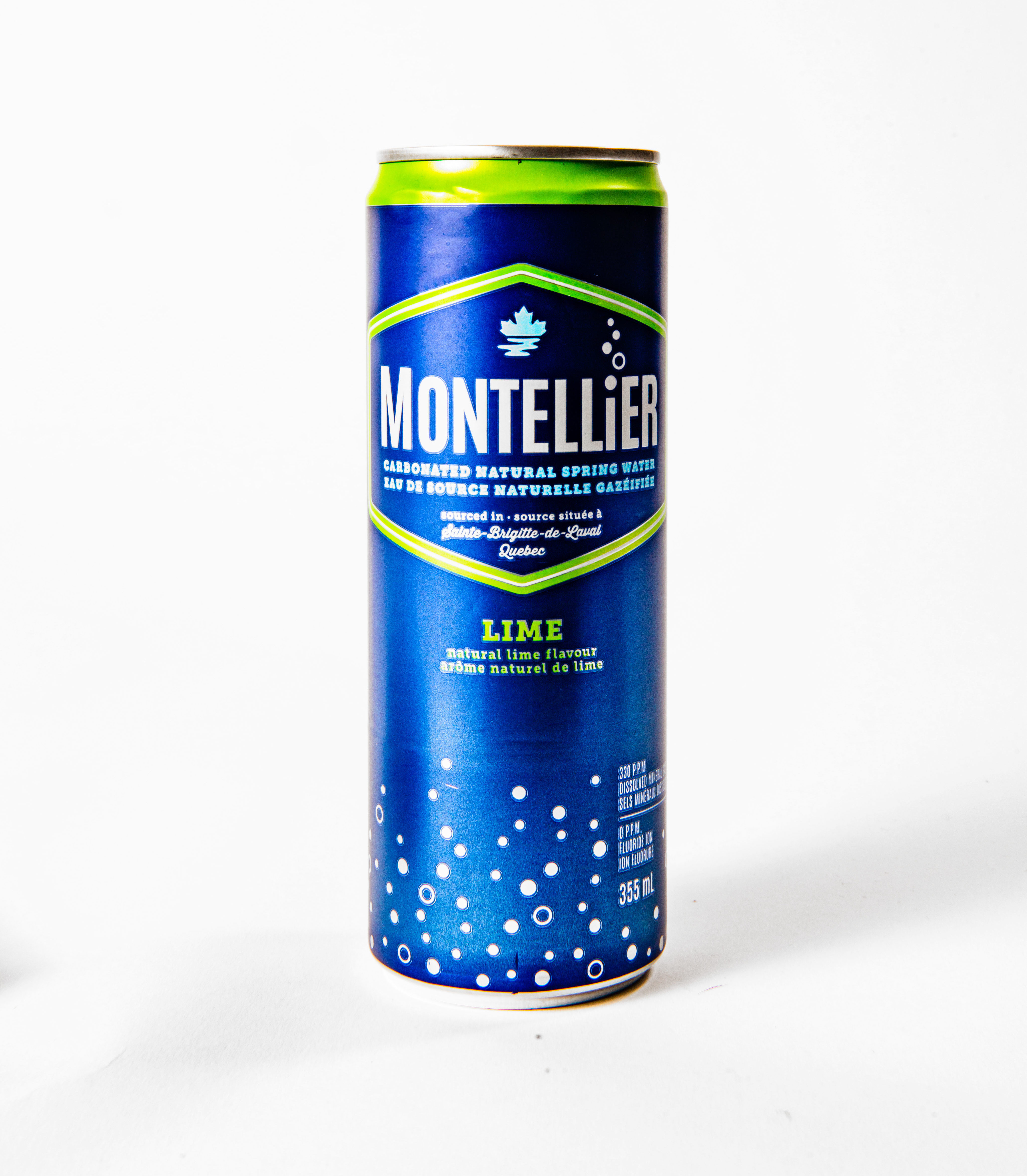 5 Sourced from a spring just up the road in Oro-Medonte, Ontarieau is crisp, fresh and all kinds of effervescent. And its beer-bottle look may have some kind of placebo effect during Dry January. ontarieau.ca 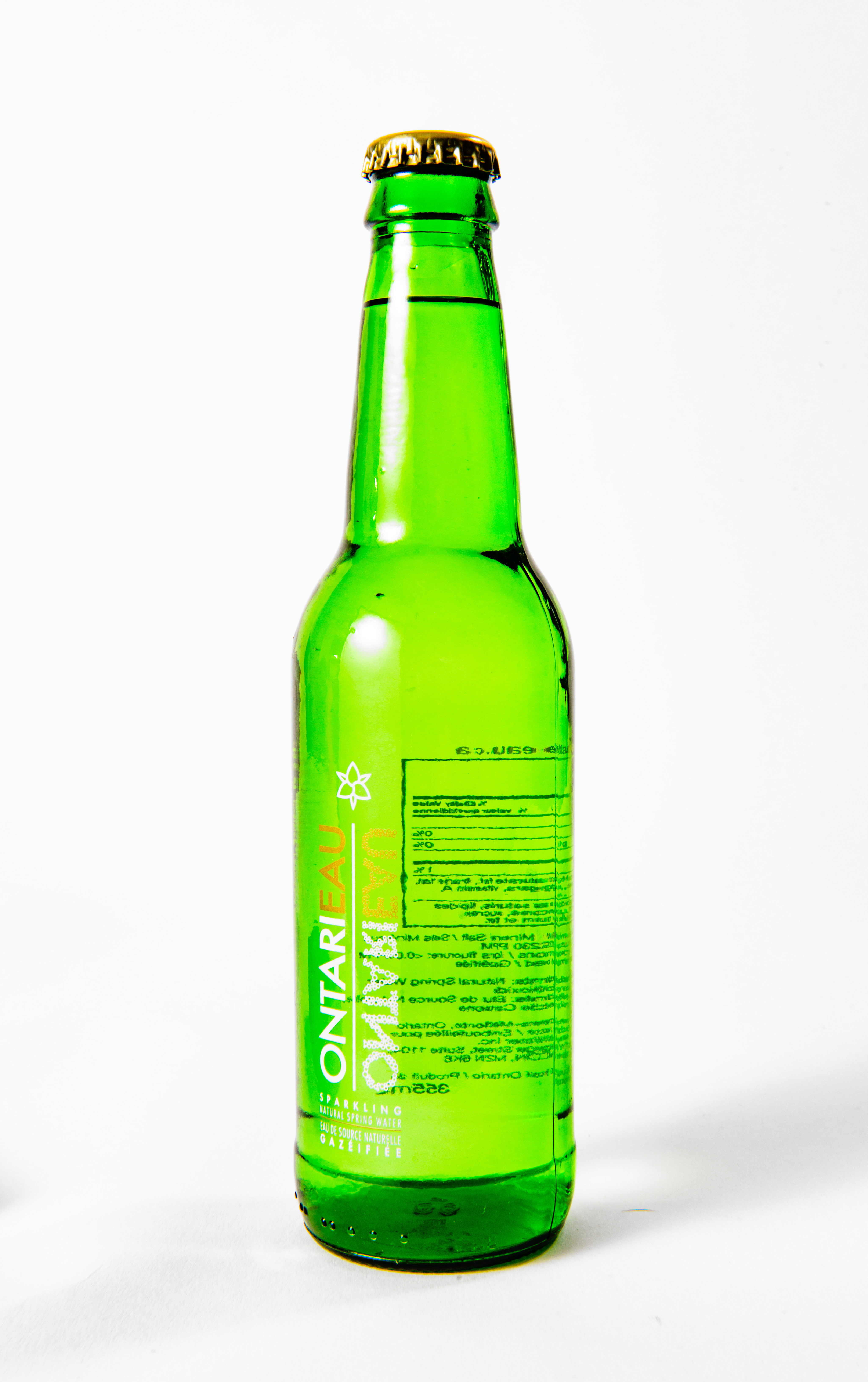 4 Aside from its thirst-quenching abilities, San Pellegrino’s greatest superpower is its Pavlovian ability to induce immediate pasta cravings on sight. It’s a classic of the genre, with long-lasting bubbles and a periodic table’s worth of minerals that give the water its slightly salty tang. sanpellegrino.com 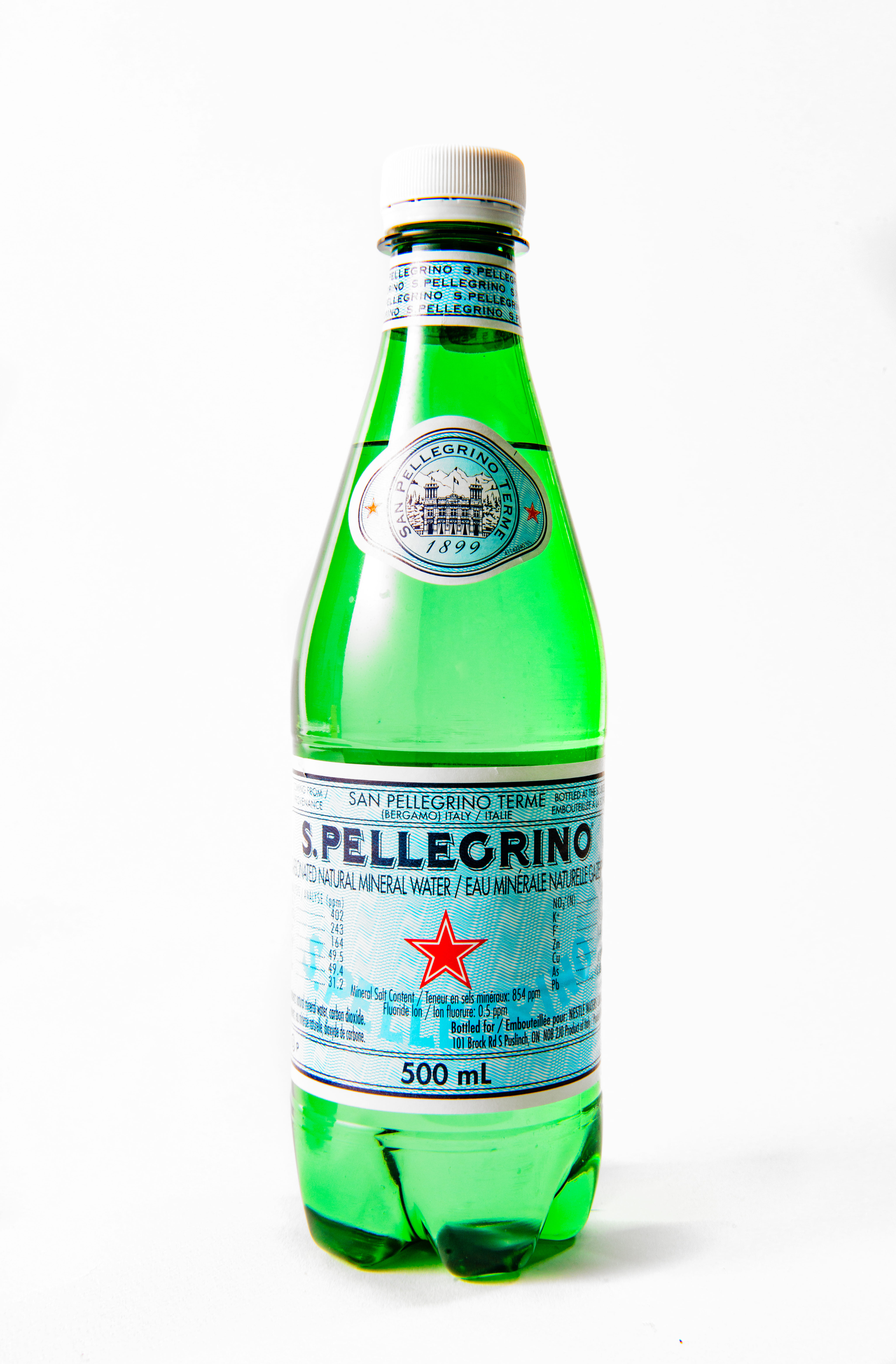 3 Eska’s time-tested water—it takes 15 years for it to filter through St-Mathieu’s rocks and soil—continues to stand tall against some of the biggest names in the business, becoming the standard-bearer of fancy Canadian H2O in the process. It’s lightly carbonated, yet comes off tasting more effervescent than most, with a crisp, thirst-quenching taste. eskawater.com 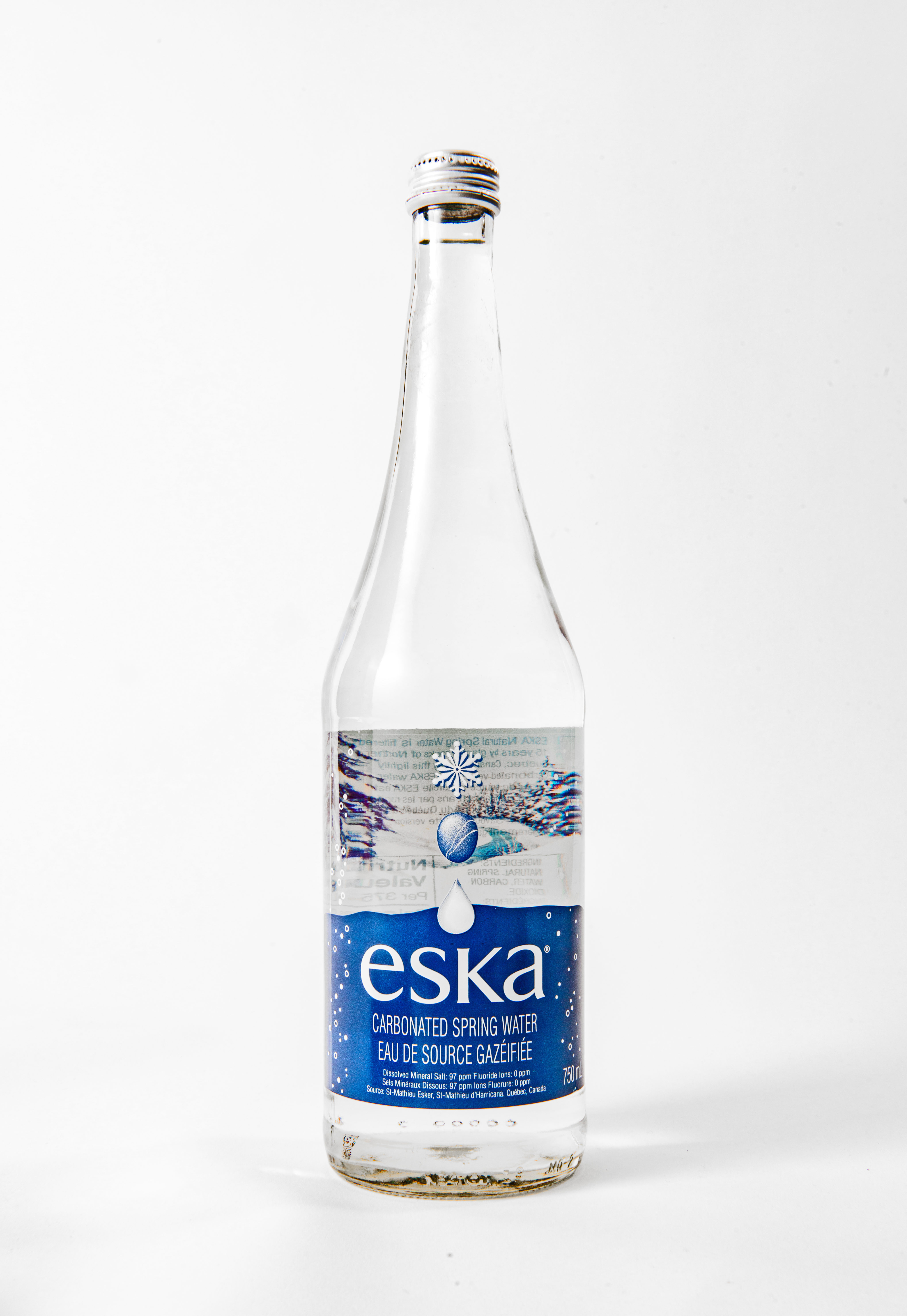 2 Perrier’s bulbous green bottle is one of the most recognizable vessels in all of beveragedom, and the bubbly spring water contained inside is liquid perfection. It’s sold in a variety of citrus flavours, but with a time-tested taste that’s this clean and refreshing, there’s no reason to deviate from the unadulterated classic. perrier.com 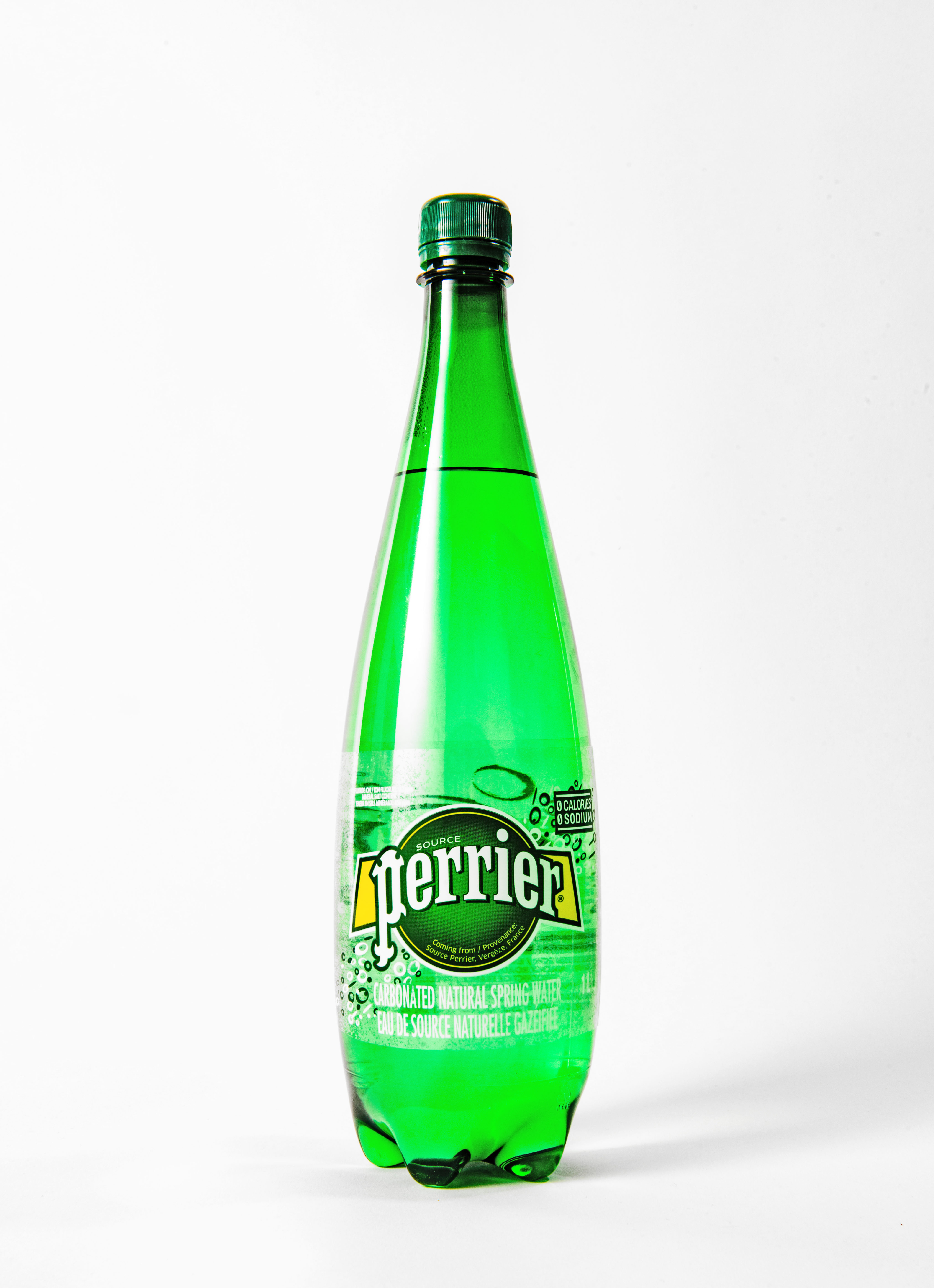 1 This hard-to-find bottle—ask for it at Perola’s Supermarket in Kensington Market, or order it online at topochico.ca—practically perforates your tongue with bubbles. But Topo Chico isn’t all about the fizz: despite its overwhelming effervescence, this mineral water is stunningly thirst-slaking and pairs exceptionally well with rich dishes, each swig simultaneously refreshing and resetting the palate. 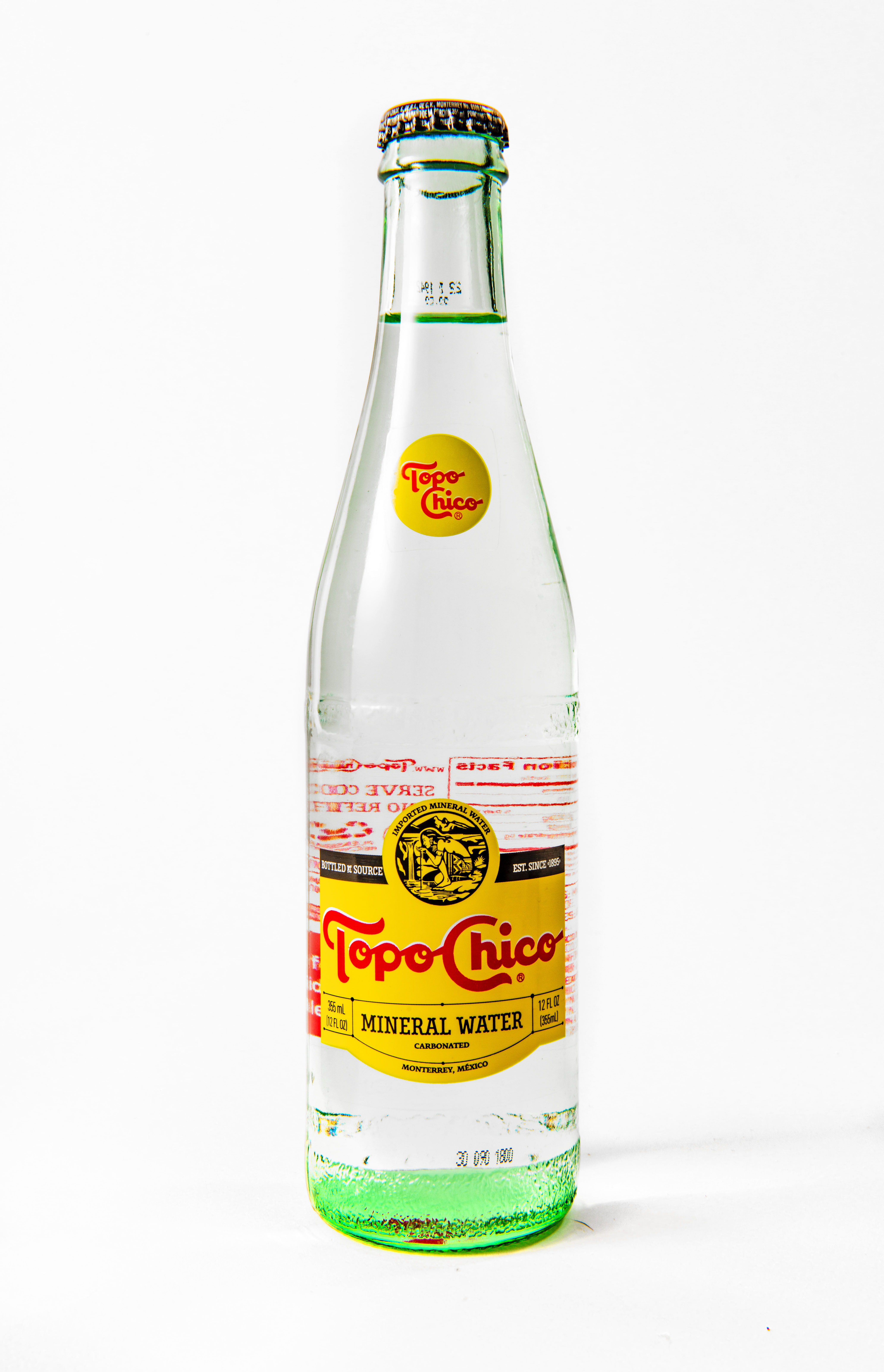