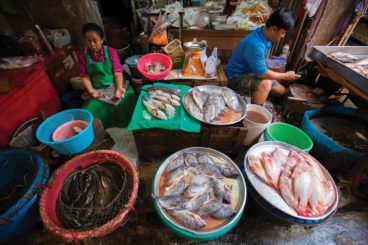 A Taste for the Road

Toronto chefs travel the globe for culinary inspiration. Here’s where they go—and what they bring back

Before opening Kiin in 2017, chef and co-owner Nuit Regular returned to her homeland to immerse herself in the high culinary art of Royal Thai cuisine. 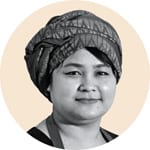 “I’ve been making Thai food in Toronto for almost 11 years. I started off serving traditional Thai street food at Sukhothai and then moved on to more regional dishes at Sabai Sabai and Pai. With Kiin, I wanted to introduce Toronto to something new. Royal Thai cuisine—dishes traditionally made for the country’s royal families during the 19th century—uses only the highest-quality ingredients, chosen only when in season, and time-consuming preparation and cooking methods; everything is very intricate and beautiful. It’s a dying art—the recipes are passed down from generation to generation, and very few Thai people are in possession of them—especially if you grew up in a village like I did. I wanted to preserve the tradition, so I travelled back to Thailand and attended M. L. Puang Royal Cooking School in Bangkok. I also studied every book and documentary I could find. I try to learn a little more each time I visit Thailand, and we always bring back special ingredients and tools that are impossible to find in Toronto, like edible flowers, finger peppercorns and heavy brass woks—my luggage is always very full!”

The country’s food-centric way of life made a lasting impression on the chef and his tapas-inspired restaurant, Labora. Bragagnolo lived in Palma and Barcelona for almost 13 years. 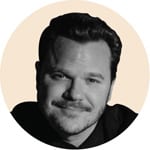 “What I took from my time owning restaurants in Spain—the thing that was most impactful—was their way of eating and drinking. Spaniards are very social animals. They go out to eat and drink three to five times a week, and they don’t often make iCalendar invites to go to a restaurant. They just say “vamos a tomar algo”—which means, basically, “let’s go meet”—and they hop along to these tapas bars where you’re having a bunch of snacks and a couple sips here and there while standing around a big, long bar, and you’re moving along to multiple destinations in one evening. That’s the kind of energy I wanted to capture when I opened Labora. There’s a massive bar area, and you can pop in any day of the week, even Friday or Saturday when we’re fully booked, and there’s still going to be spots for you to grab a quick bite and a glass and maybe move on. In the back, there’s a proper restaurant where you can have a seated dinner, but it was designed very much for a large ebb and flow throughout the evening, and I think when you’re there you see that big movement. It reminds me of Spain.”

The owner and pitmaster of Adamson Barbecue have been serving painstaking barbecue since 2016, but they recently revisited the Lone Star state to see how the high priests of Texas barbecue are continuing to evolve the craft. 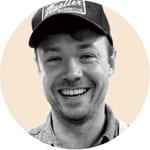 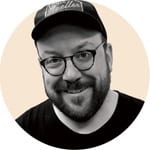 Adam: “Matt and I had both been to Texas before, but most of my staff had never been down there for a barbecue tour. How are we supposed to provide the most authentic Texas barbecue experience if these guys have never been down? It’s hard to verbalize, but there’s something that you learn going down there and lining up for barbecue and meeting the people and seeing it all first hand. So Matt and I took the staff on a trip in early August, and what we realized is that our food could hang with the real thing. But where we were lacking was in other departments like the hospitality, or the settings of the restaurant. It didn’t feel like Texas sitting at our place. There’s always something you can pick up from seeing the different places; it’s just about finding the little advantages that each one has. We also learned that we’ve built a reputation of being this great Texas barbecue place up in Canada. People were spotting us, pulling us out of the line and saying, ‘You guys don’t have to wait—you’re the guys from Adamson!’ It was really cool to earn that from those guys in Texas.”

The chef-owner of Tutti Matti is a student of Tuscan cuisine, and she makes an annual pilgrimage to Florence to tap directly into the cooking, characters and way of life that captivated her when she first went abroad to cook. 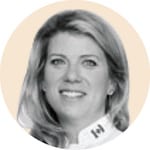 When I moved to Montalcino to cook, I had saved enough money for what I thought was going to be six months. I ended up staying almost seven years, starting in a very small trattoria in and learning to do everything from scratch in a Michelin-starred kitchen. I had my ass handed to me at first—I had no idea what it was like to work at that level. But I would come in every morning and the sun would be going up, hitting the hanging copper pots and pans, all shiny and beautiful. As a 20-year-old, it was like a dream. The day I had to break down an entire wild boar for the first time was one of the craziest experiences I’ve ever had, but it taught me that you don’t waste anything, and I brought that back with me when I opened Tutti Matti, where we’ve always done our own butchering. I visit Tuscany at least once a year, and I always spend three days in Florence, religiously—I really believe that as chefs, we owe it to ourselves to continue to educate ourselves by going back to what inspires us.

Partners in life and the kitchen, the chefs have been travelling south annually for eight years, soaking up everything there is to know about masa, mole and mescal. (Note: After this story went to press, the couple announced they were no longer affiliated with Quetzal.) 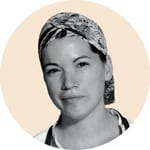 Kate: After our first trip to Oaxaca, we knew we needed to show Canadians what Mexican food really is. There’s a lot of Americanized Mexican food here, but it goes much deeper.
Julio: The first thing we do is go to the local market. A visit to one can be a real eye-opener to what a certain region has to offer. We also find people who are willing to take us into their homes to teach us traditional recipes. We’re hooked—now our vacations revolve around learning everything we can.
Kate: Mexicans are very proud of their culture, but not in a way that they want to keep it for themselves. 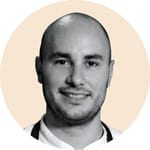 Julio: They’re happy to share, as it’s the only way to preserve the traditional recipes and techniques. Masa is at the heart of our restaurant, and we learned so much about corn and masa production.
Kate: And moles, too. There are two on our menu right now that we learned how to make in Oaxaca.
Julio: I would say almost the whole menu at Quetzal was inspired by all of our travels to Mexico—it’s like little memories from where we’ve been, pieced together with our own ideas.

This story originally appeared in the February 2019 issue of Toronto Life magazine. To subscribe, for just $24 a year, click here.