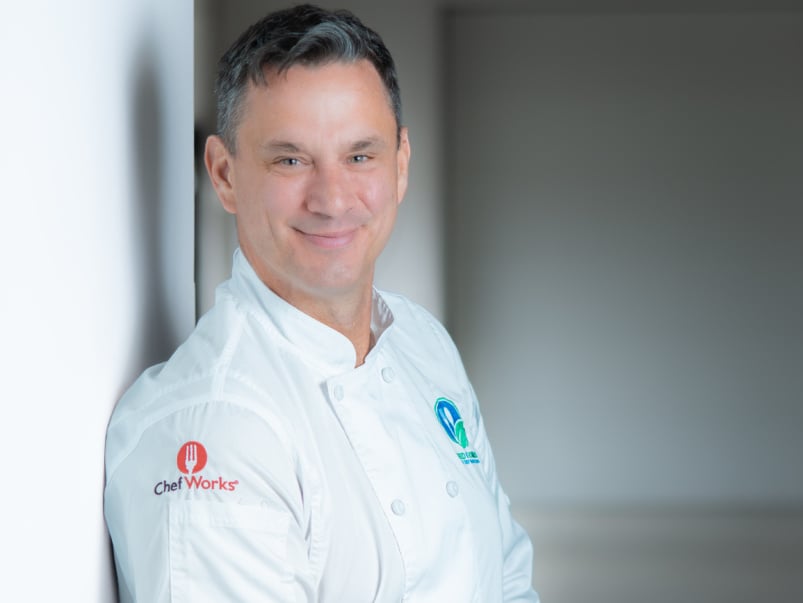 As the war in Ukraine continues, many Toronto restaurants are contributing to the war relief effort. Whether through supply drives, special menu items or donating a portion of their overall proceeds, these kitchens are using their delicious wares to prop up humanitarian and/or Ukrainian defence organizations at a time of desperate need. Here are six ways to support Ukraine and a local business, and get a tasty snack while you’re at it.

Perogies are just one of the delectable offerings at this tiny Ukrainian kitchen, which runs out of the basement of St. Volodymyr’s Ukrainian Orthodox Church at Bathurst and Dundas. “Ukraine is my motherland. It’s my roots, it’s where my heart and soul are,” says owner Tetyana Matkivska, who moved to Toronto from Ukraine 15 years ago. “I am here now and my family and friends are there experiencing the horrible war. The first question I had to myself when this war started: what can I do for Ukraine and my family?”

Every meal comes with the option to donate funds, which go to the Canadian Red Cross, Friends of Ukraine Defence Forces Fund (FUDF) or the BCU Foundation. Heavenly Perogy also donates five percent of its sales to these causes, and collects medical and other in-demand supplies on behalf of St. Volodymyr’s. Check out the “Support Ukraine” page on their website for a list of items you can purchase, along with drop-off locations.

Comfort food is a specialty at Janchenko’s, a cozy Eastern European bakery a few blocks west of High Park. Eighty percent of the proceeds from its bestselling items—hearty borscht and homestyle doughnuts—go to 4th Wave, an international organization for Ukrainian communities that’s helping send ambulances to Ukraine. (Ambulances and other medical equipment are among the most sought after items on the front). “Not everyone can fight on the front lines, but everyone can do something to help,” says owner Maria Janchenko. “We can all contribute with the skills we have.”

Mimico’s family owned Barrel House Korchma is a neighbourhood favourite for traditional Ukrainian eats like cabbage rolls and borscht. “My parents and I are all Ukrainian immigrants,” says owner Tetyana Barylko. “When the war started, we realized that we can’t just sit back and watch.” The restaurant partnered with Solo Bakery to offer a rotating selection of $10 cookies—a recent creation was a frosted sugar cookie—the proceeds from which go to the BCU Foundation’s Humanitarian Aid Fund. Donation boxes at the restaurant collect funds for the FUDF and the family’s personal contacts on the ground in the war zone. And for $8 (or $6 during happy hour), you can get a Ukrainian flag shot made with blue curaçao, orange juice and Zirkova—a Ukrainian vodka that donates 100 per cent of its profits to the Ukrainian Humanitarian Appeal Fund.

This east-end staple is all about convivial vibes. But its owner, Antonio Blaić, knows what it’s like to live in an environment that’s anything but peaceful. “I grew up during the war in Croatia, and was subjected to life under occupation in a besieged city,” he says. “I’ve witnessed the pain and suffering that war brings, and how it destroys everything in its path.” Every Saturday and Sunday, 20 percent of sales between 3 p.m. and 6 p.m. go to the Canadian Red Cross. And the restaurant just added wood-burning pizza to its menu—so why not try a slice on a weekend afternoon with a shot of Zirkova?

Elm Street staple Barberian’s specializes in steak, not Ukrainian food, but it’s added a special menu item in support of war relief: handmade perogies, filled with potato and cheese, sautéed in butter and served with sour cream. Fifty per cent of the proceeds from the perogies—which cost $7 or $13 for an app or main, respectively—goes to the Canadian Red Cross. “What’s happening in Ukraine is such a shock, and we thought this was one positive thing we can do as a restaurant,” says Bob Bermann, a manager at the steakhouse. “We hope it inspires other people to give.”

Issho is a delivery-only micro-bakery that uses locally milled flour for its goods. Cookies—like the creamy, nutty hojicha spelt sando cookie—are a specialty here. As such, their $20 fundraising dessert box includes six mantulky—Ukrainian honey cookies—along with a slice each of sernyk (curd cake with caramelized apples) and flourless poppyseed cake with a creamy bay leaf chantilly. This was the first time co-owners Martin Yeung and Yuka Watts attempted baking Ukrainian sweets—they had Ukrainian friends taste-test the results. Profits from the box go to World Central Kitchen, an organization that provides meals for people in countries in humanitarian crises, currently stationed in Ukraine and bordering countries. Order 48 hours in advance for delivery on the weekend.