Episode 6: Only one contender will be crowned “Chef Artois” after this Royal Thai cook-off at Kiin

Episode 6: Only one contender will be crowned “Chef Artois” after this Royal Thai cook-off at Kiin

“Chef Artois” is a new culinary miniseries that’s inviting diners to support Toronto’s restaurants. On this show, top chefs won’t be doing the cooking, though. Instead, diners are donning aprons and letting chefs judge their culinary skills. This episode, hosted by Pay Chen, takes us to Kiin, an authentic Thai restaurant that gives diners the royal treatment.

Kiin—which means “eat” in Thai—is a feast for the eyes: golden accents, opulent marble floors and lush tropical foliage combine to give this restaurant the air of Bangkok’s Grand Palace. It’s not just the space that feels noble, but the food also boasts a royal pedigree. Kiin specializes in Royal Thai cuisine, a cooking style known for its elaborate and artfully plated dishes that were once reserved for Thai sovereigns. 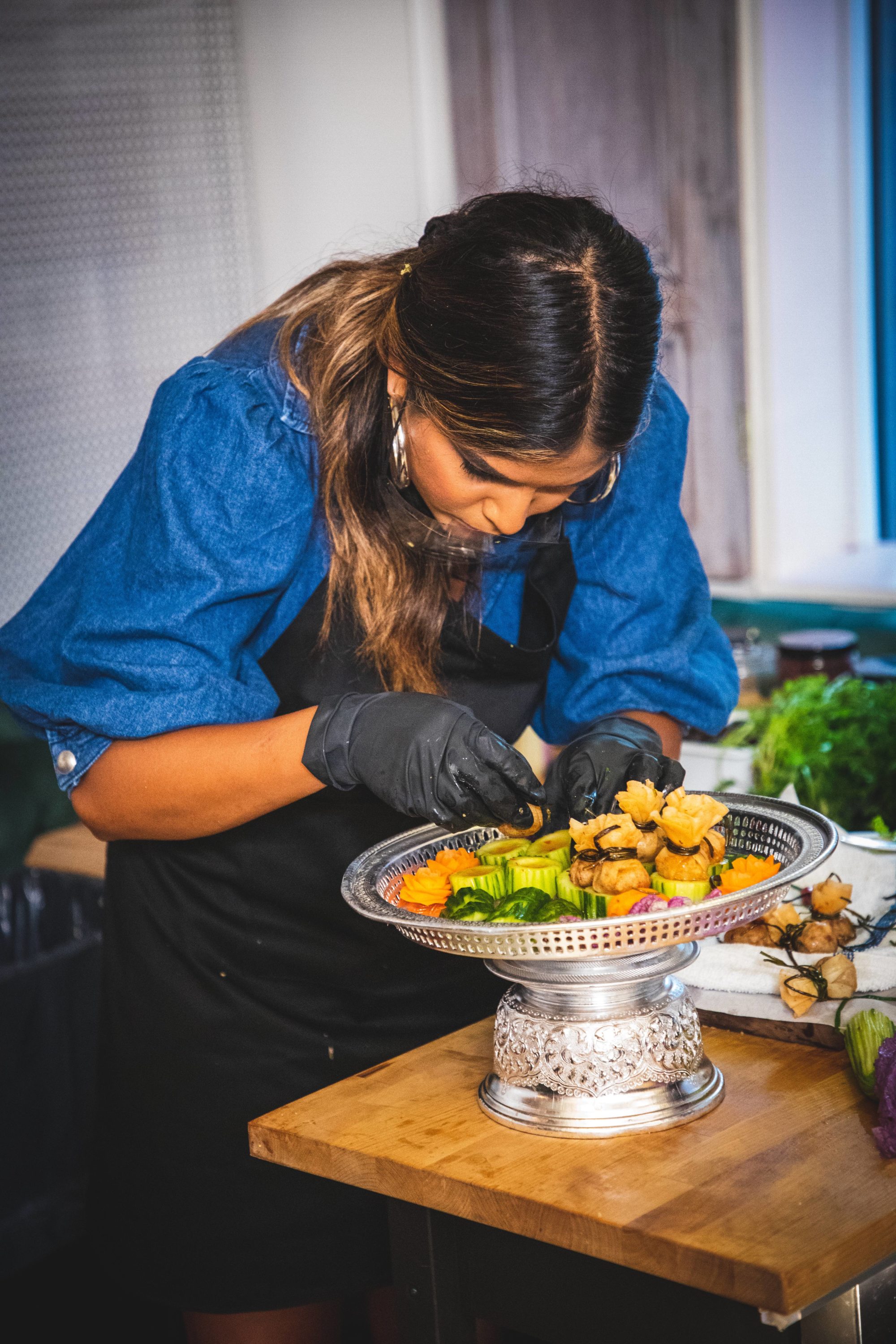 Chef-owner Nuit Regular has revitalised these ancient aristocratic recipes, which are all about precision and presentation. At Kiin, each plate is a work of art that you first eat with your eyes before biting into a depth of Thai flavours. Today, Regular will be challenging two home cooks—Armita Hosseini and Narida Mohammed—to make one of her signature dishes: thoong thong.

Thoong thong (or “golden bags”) are deep-fried dumplings stuffed with chicken and shrimp served atop a cucumber pedestal. These aren’t your standard savoury pockets, though. Royal Thai cuisine demands a visual spectacle. Every dish must be both dazzling and delicious. The home cooks need to ensure that these one-bite morsels are impeccably crimped and perfectly tied with chive strands, and they also must ensure the seasoning is on point. 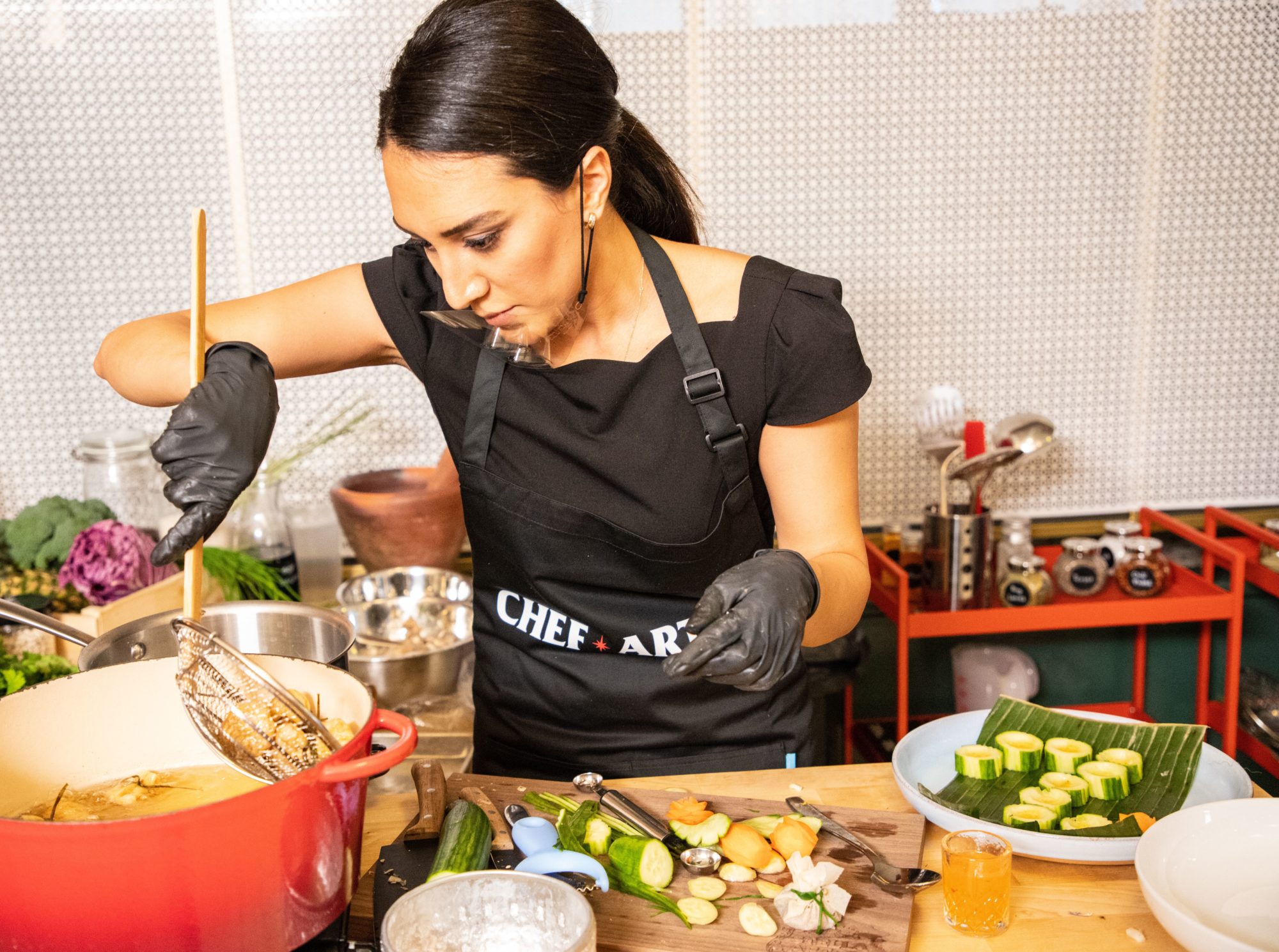 The care and precision of assembling each thoong thong dumpling resembles the art of brewing: bringing together ingredients with mastered technique in the pursuit of balanced flavour and texture. The gentle golden fry of the dumpling aligns with the golden colour and malt sweetness of the lager, accentuating the fragrant Royal Thai aromatics. While the chive, cucumber and herbs bridge with the signature floral hop character of Stella Artois.

With 60 minutes on the clock, contestants Hosseini and Mohammed step up to the chopping block and the dumpling duel begins. Who will triumph and be crowned the next Chef Artois?

“Chef Artois” is a new limited series created in support of Toronto’s top restaurants. On this bite-sized cooking show—episodes are a satisfying 12 minutes long—the city’s chefs aren’t doing the cooking. Instead, diners are donning aprons and letting chefs judge their culinary chops.

How to make Kiin’s Thoong Thong