Ripe for the picking

Ripe for the picking

Late summer is akin to a gold rush for produce, tomatoes in particular. Here’s how to capture (and can) the season’s bounty 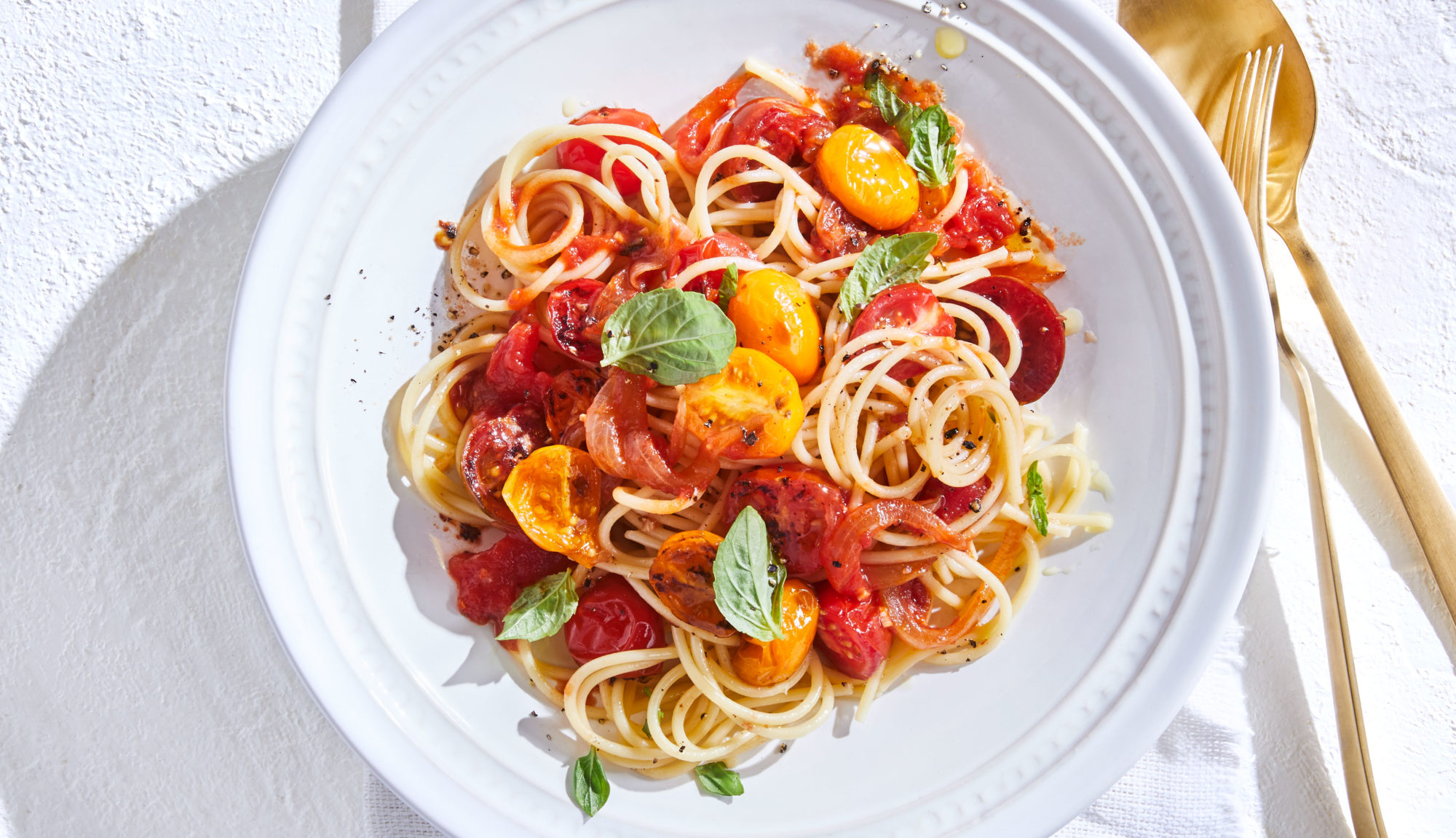 When Pusateri’s opened on St. Clair, Cosimo’s father, Salvatore, quickly became a well-known early morning fixture at the markets. But 29 years ago, Gerry, a young, eager new Canadian joined the business to learn the art of produce picking. One of Salvatore’s tricks of the trade included carrying a pocket knife to cut open apples, melons and mangoes, touring all the vendors and tasting everything as he went (not a bad job!). Every crate was hand selected then and still is today. Nowadays, while many other retailers use brokers, and only few grocers visit the market, we are still often the first ones there. Specifically: at 3 a.m., sharp.

Our philosophy is that nothing beats in-season local produce. Not only does it have a smaller environmental footprint, it supports the local economy—and when picked at the height of summer, it has the freshest taste around. After 50-plus years of shopping the market, we know many local growers, their kids and grandkids.

Ontario plums, tomatoes, strawberries, corn, peaches and nectarines are the best in August, and we bring these in by the bushel. You know a good nectarine when it’s firm with a slight give and smells so sweet it makes your mouth water. The test for a peach is that the juice runs down your arm when you take a bite—don’t be shy. For strawberries at their peak, try them drizzled with rich aged balsamic, especially on top of gelato for a sweet-savoury combo that’s hard to beat.

But the real star of the season is the mighty tomato, which I prefer on the vine and sweet like candy. Aside from eating them on their own and with everything—atop charcuterie boards, in salads or roasting them fresh with olive oil and salt—we are canners, and I learned that from my mother.

I grew up playing a key part in our family’s late-August sauce making enterprise. So I know the tricks. Roma or San Marzano tomatoes (fewer seeds) are best for sauces, and they need to be nice and ripe—not too hard. Start by cutting the tomatoes in half and cooking them down in a big pot for about 45 minutes. The tomatoes then get passed through a mill, which separates the skin and seeds from the juice. The juice is then jarred in glass with a few leaves of fresh basil. These mason jars are boiled in a bain-marie, cooled and stored until ready to use (just add the sauce to a pan with olive oil, onion, garlic and seasoning). The taste of summer is preserved, no matter when you end up enjoying it.

Given our merciless winters, the mood around our Pusateri’s stores come summertime is jubilant. Whether displaying our freshly made sauces or stacking skids of premium local corn, watermelons and cherries, we want to squeeze every last drop out of the season. Even if there’s always next year. 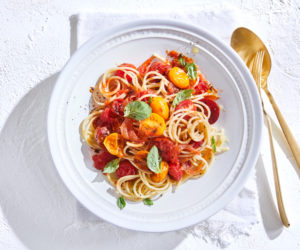 Kick this dish up a notch or two with some pitted and halved black olives.
Or… take it to the extreme by adding sliced marinated artichoke hearts to the sauce during the last 5 minutes of cooking. 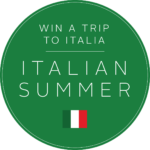 TASTE YOUR WAY THROUGH SOUTHERN ITALY!

Enter for a chance to win a 10-day culinary vacation for two to Italy’s Calabria region. Shop in store and visit pusateris.com/italia for more details.