It used to be that private wine clubs were hushed spaces reserved for stuffy collectors. But today’s clubs are centres of buzzy mingling as well as wine-soaked adventure. Here, six Toronto groups that cater to every type of oenophile.

For the Downtown Booze Schmooze Twenty feet underground at the corner of Richmond and Bay is the just-opened Wine Academy, the splashiest entrant on the wine club scene. The 6,000-square-foot industrial-chic sprawler is designed to be a private club as well as a wine geek’s haven. Social members (who pay $1,500 per year) take advantage of a boardroom that seats 16 people, a quiet library for small meetings, and a licensed bar stocked with an Enomatic machine to dispense wines by the glass, as well as small-batch spirits for classic cocktails. Cellar members (who pay an additional $150 a month for a personal locker that can store up to 92 bottles) get 24/7 access to the two-storey private cellar. Everyone congregates in the main lounge, where there are cushy leather club chairs to kick back in, and a communal table that seats a dozen people for winemakers’ dinners or sommelier-led tastings.

Aaron Joseph Bear Robe is the managing partner. He was once the chef at the acclaimed Keriwa Café in Parkdale, where he cooked contemporary Indigenous food like bison pemmican pierogies, and bacon-wrapped whitefish with pickled sea asparagus (Keriwa closed in 2013). Bear Robe trained at Splendido, and then lived and worked at Michael Stadtländer’s Eigensinn Farm, so he brings culinary expertise and a deft touch with local ingredients to the Wine Academy kitchen. He and chef Jesse Mutch—who recently revamped the menu at Parkdale’s Chantecler—developed a shared-plates menu with dishes like smoked trout with caviar, crème fraîche and fried artichokes, as well as house-made preserves and olives to go with charcuterie and cheese boards. The Academy also offers a grab-and-go lunch menu of sandwiches, salads and smoothies that lures its Financial District members down for a quick and healthy midday fix.

The club’s site was once the home of a Vic Tanny’s fitness centre—during the excavation process, workers dug up pieces of hot tub basins and gym equipment, along with railway ties and tires. Deals that were once struck in the locker room are now negotiated over a bottle of Loire Valley chinon.

Constantine Patiniotis, a 35-year-old hedge fund manager, and his business partner, chef Andrew Carleton Smith, opened this plush spot in 2011 (it’s equal parts storage facility and social club). Events include tastings led by winemakers, cultural outings (the club has a box reserved for the Adele concert this fall), networking events and fundraisers (like black-tie parties to raise money for cystic fibrosis research). There is no annual membership cost, only fees that vary based on the size of a storage locker (from $88 per month), and members have privileges at international wine clubs like London’s Pall Mall and N.Y.C.’s the Players Club.

For the Big-Ticket Collector

In 2002, Marc Russell, a mining executive, received a cellar-worthy bottle of port for his 40th birthday and had nowhere to put it. A quick search of high-end cellaring facilities in the GTA turned up slim pickings, so Russell and a few silent partners built their own: a high-tech storage facility complete with biometric fingerprint technology, infrared motion-activated digital CCTV and other spy-like security measures. (Annual membership fees start at $800). FWR is where small-lot, globe-trotting winemakers present their portfolios to the city’s top sommeliers and collectors. It’s also home to the scarlet-robed and -hatted members of La Confrérie des Chevaliers du Tastevin, a society devoted to premier and grand cru burgundy (Kevin O’Leary is a member of the local chapter). A new FWR storage space opened in north Toronto in March.

For the Laid-Back Enthusiast

The granddaddy of Toronto clubs was founded by a part-time actor and amateur winemaker named Ted Turner in 1977. And even though there’s no permanent meeting space, it’s still going strong, with monthly tastings in bare-bones community spaces or at restaurants like L’Unità (above), where members recently gathered to sip 2001 and 2004 barolos and barbarescos—killer vintages, according to board member Chris Morris. This is a non-profit association and fees are modest (around $50 annually), especially given the calibre of wines. A typical tasting features eight wines from a different region, vineyard or grape. Attendees rank the wines in order of their preference (the tasting is blind), and the results are tabulated to name the night’s winning (and losing) bottle—simple, educational and totally unpretentious.

Wine-buying co-ops like Opimian (named after the wine-guzzling Roman politician) exploit a loophole in our draconian liquor laws that allows them to buy in bulk and offer members access to wines that aren’t available through the LCBO. There’s no price advantage: you still have to pay the liquor board’s markup. But Opimian offers upward of 60 special, rotating bottles (like Gardet champagne) as selected by the club’s Master of Wine Jane Masters, a former wine buyer for Marks and Spencer who splits her time between London and the south of France. The annual fee is $125, and members get a 15 per cent discount at Iron Gate, a state-of-the-art storage facility in Leaside.

If you have neither the interest nor the means to drop four figures on an annual membership, there’s a wonderfully democratic solution: the iYellow Wine Club, with a 20,000-strong following and zero fees. The HQ is a cellar-like room accessed though an alley near Queen and University, where the gregarious founder, Angela Aiello (thus the name iYellow), makes wine tasting easy-breezy for young professionals. She runs about 100 events a year—social gatherings with winemakers, tours of Ontario wineries and weekly classes she hosts herself. For $49, participants run through a tasting of six wines grouped by a seasonal theme (like BBQ Favourites). The July Summer Wine Jam in the Distillery District will feature DJs and samplings of more than 50 wines. 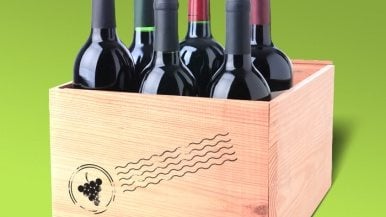