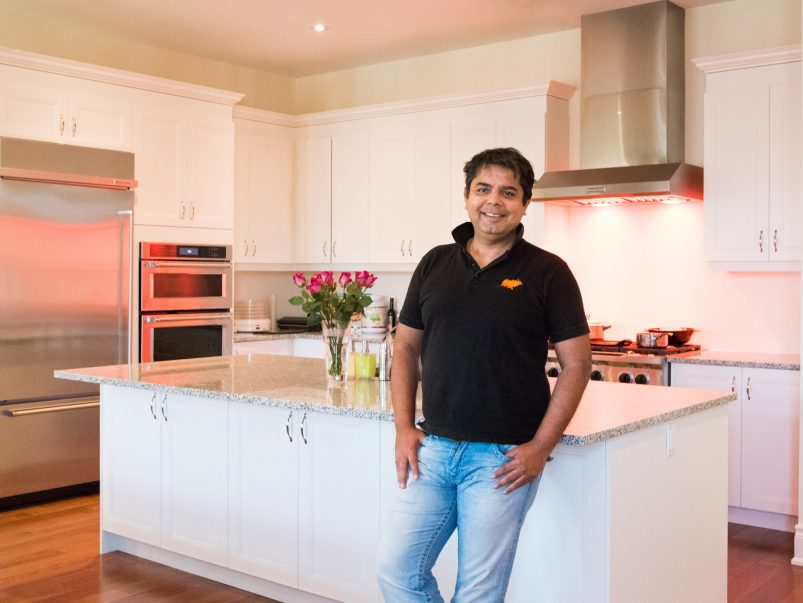 Restaurateur Hemant Bhagwani (the man behind Amaya, Indian Street Food Co. and Goa) has racked up some serious frequent flyer miles over the years. The Delhi-born chef left home in his late teens to study cooking in Switzerland. Shortly after wrapping up his studies, Bhagwani moved halfway around the world again, this time to Australia to study marketing. While living in Sydney, Bhagwani would vacation in Thailand, and since then, he’s visited Bangkok almost a dozen times. While he loves the city’s markets and nightlife, one thing he can never get enough of is the food.

According to Bhagwani, most of the Thai food in Toronto is pretty ho-hum, but he thinks that the food coming out chef Nuit Regular’s kitchens is easily as good as anything he’s had in Bangkok. Although Bhagwani knows all about Regular, he’s never actually met her. “I’m a fanboy,” he jokes.

Even though he’s based in North Toronto, whenever Bhagwani has a hankering for Thai he makes the trip to Pai. He doesn’t just love the food there—he also loves the restaurant’s atmosphere. “It feels like you’re sitting in a street market in Bangkok,” he says. “Too bad it couldn’t be outside.” Alas, Canadian winters make an outdoor-only restaurant next to impossible.

Although Bhagwani loves Regular’s curries, his absolute favourite dish is her tom yum soup. “In Bangkok, they say if you have not had good tom yum soup that means you haven’t had good Thai food,” says Bhagwani.

Regular is very picky about the ingredients she uses. When she was opening her first restaurant, Sukhothai, Regular wasn’t keen on any of the Thai-flavoured sauces and pastes readily available in Canada. She found a supplier back home and managed to import all her favourite brands directly from Thailand. She even brought over 60 mor fai, which roughly translates to “pot with fire” or “hot pot.” “Thai people, our meals last for like three hours. We eat, we talk, then we eat some more—but by then the food is cold, so I guess someone invented this to keep the soup hot,” says Regular, who doesn’t heat the spout with the traditional charcoal, but instead with a fire safety–approved alcohol gel.

To make the soup, Regular starts by making a shrimp stock. Shrimp shells, lime leaves, galangal and lemongrass are simmered for 30 minutes to make the broth. Next, she adds Pai’s special tom yum paste, shallots, more lime leaves and more lemongrass. The paste is then amplified with tamarind and some house-made shrimp floss that Regular calls her special ingredient. To add just a hint of creaminess to the soup, and to tone down the tartness, she adds just a bit of evaporated milk. Tomatoes, shrimp and mushrooms are boiled in the broth, which is topped with sawtooth coriander, lime leaves and cilantro springs, before the bowl is lit on fire and sent out to the dining room.

Although Regular loves all of her dishes equally, she is partial to the northern Thai dishes that she grew up eating. Also on the on menu at Pai is a northern Thai platter of fried squash fritters, barbecue pork skewers, northern pork laab salad, northern Thai sausage and tomato pork relish.

Regular took Bhagwani’s visit as a chance to try out a new dish on him. She’s planning to add kanom kin nham ngeaw to the menu and wanted to see what he thought about the plate of tomato-braised ribs served with vermicelli noodles. “This reminds me of my mom, it tastes like her cooking,” says Regular. “She died four years ago, and I spent most of my life with her in the kitchen, so when I’m cooking it’s like she’s talking to me,” says Regular.

As Bhagwani slurps down the noodles, he smiles knowingly. “My father passed away last year,” he says, as the two share a moment of silence over lunch. “This is great, though, the balance of sour and spicy, and it’s so filling and homey.” 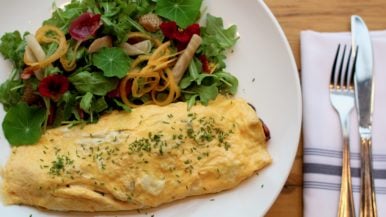 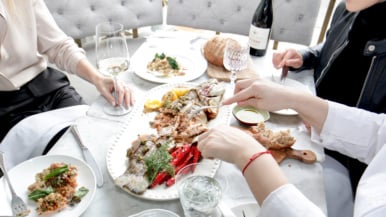 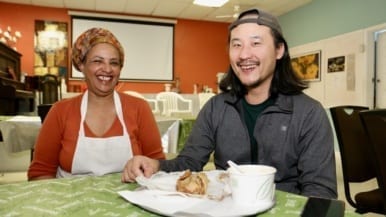 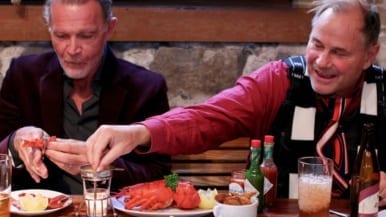 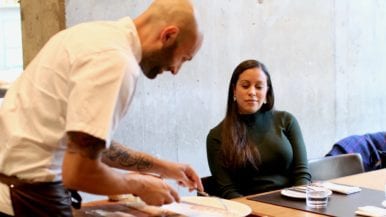