When Rob Gentile isn’t busy overseeing all of the Buca restaurants, foraging or trekking through Italy on culinary tours, he and his wife, Audrey, are prepping for their first (and soon-to-arrive) baby. One of the most onerous tasks was to renovate the kitchen of their 136-year-old Riverside semi. “All sorts of critters were getting in,” Rob says. Not only was it inviting to unwanted guests, but the June Cleaver–era kitchen was also dysfunctional. They hired Lino and Maria Gisondi to modernize the space.

By making the basement staircase a hair steeper, they managed to extend the kitchen, creating extra storage and, most importantly, more counter space. “We also opted for a smaller fridge, so that we could have even more counter space—there’s an overflow fridge downstairs,” Rob says. Of all the bells and whistles though, Rob’s been obsessing over his new Jenn-Air range. “It’s from their professional series and it’s super powerful. The touch screen is incredible—it’s like an iPhone.”

Audrey and Rob do most of their grocery shopping at Fiesta Farms, St. Lawrence Market and local farmers’ markets: 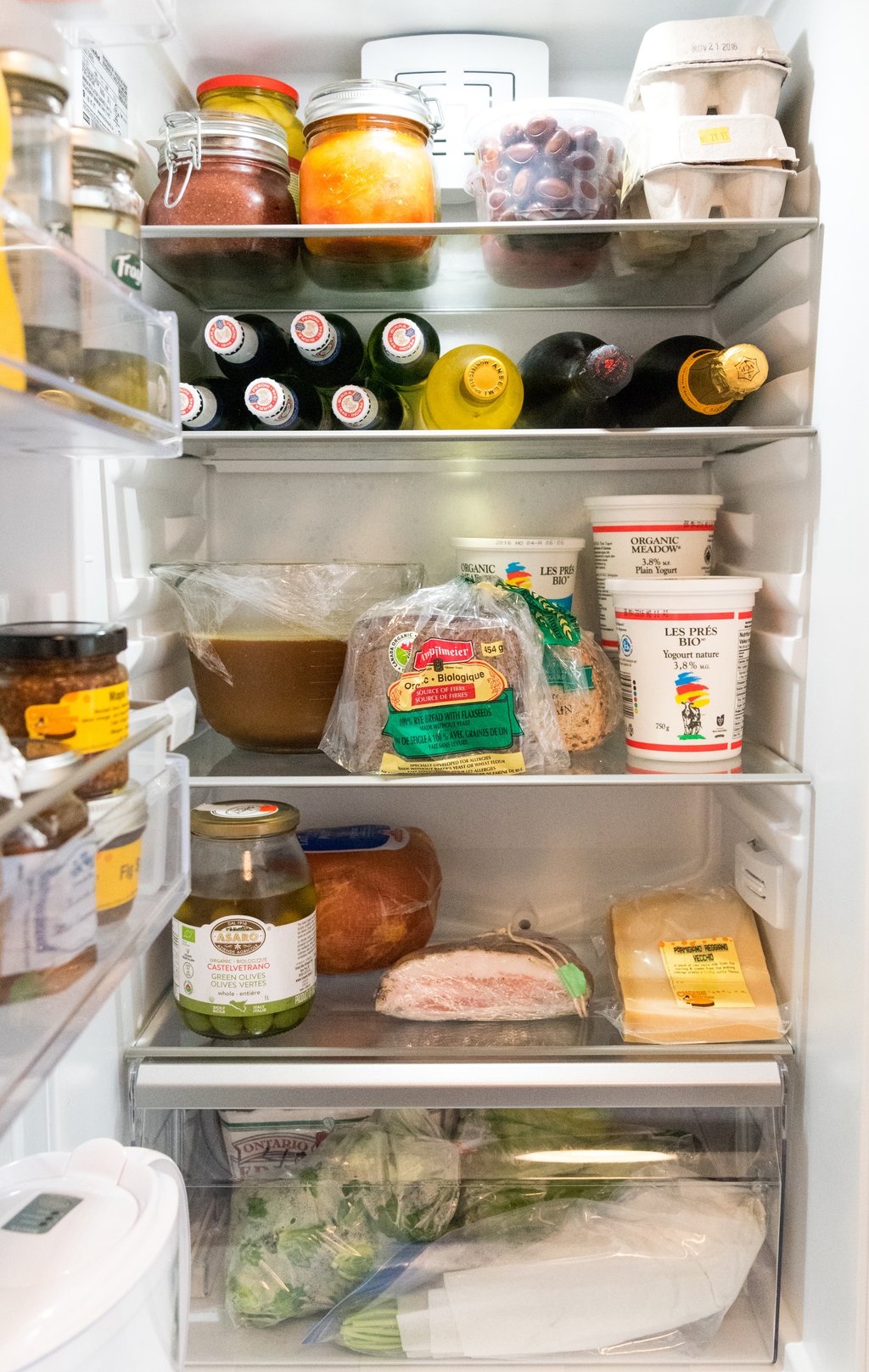 Audrey’s favourite dish of Rob’s is his riso e fagioli, a brothy bean soup. He swaps out rice for kamut and tops it with raw olive oil and curls of parm. When it’s Audrey’s turn to cook, Rob requests her zucchini-mozzarella pasta. 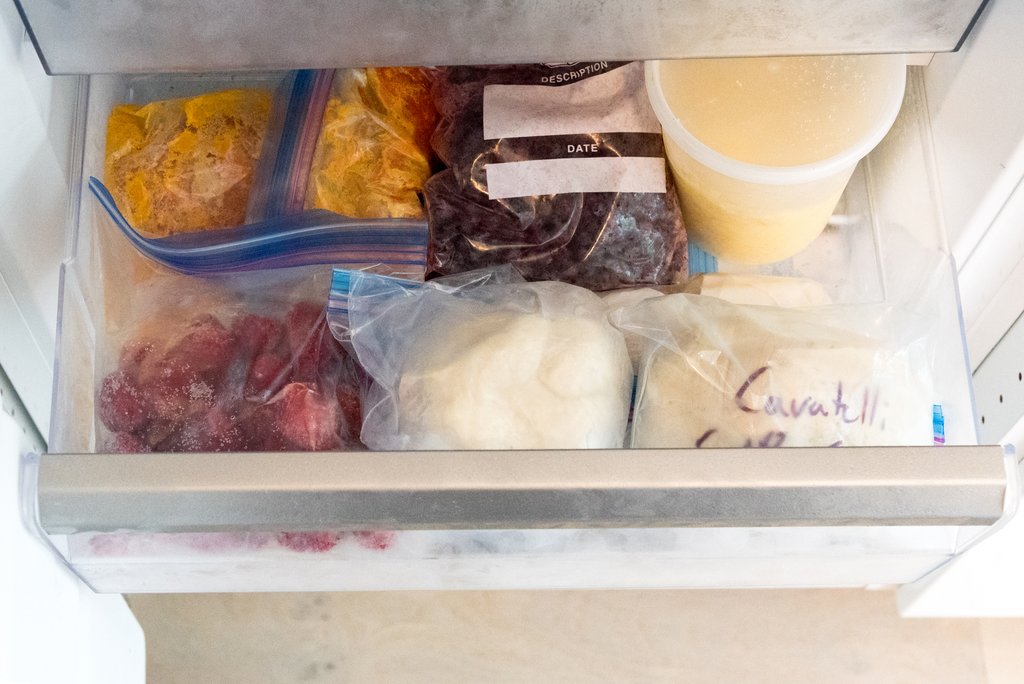 This is the second year the Gentiles have planted a garden in their 14-by-8 foot backyard. Most of the crop—which included zucchinis, eggplants, radishes, beets and tomatoes—was eaten as soon as it was ripe. A few items like hot peppers (pictured below) and late fall tomatoes will be preserved. In preparation for the baby, Rob and Audrey have prepared dozens of one-pot meals like Moroccan lamb stew and turkey chili: 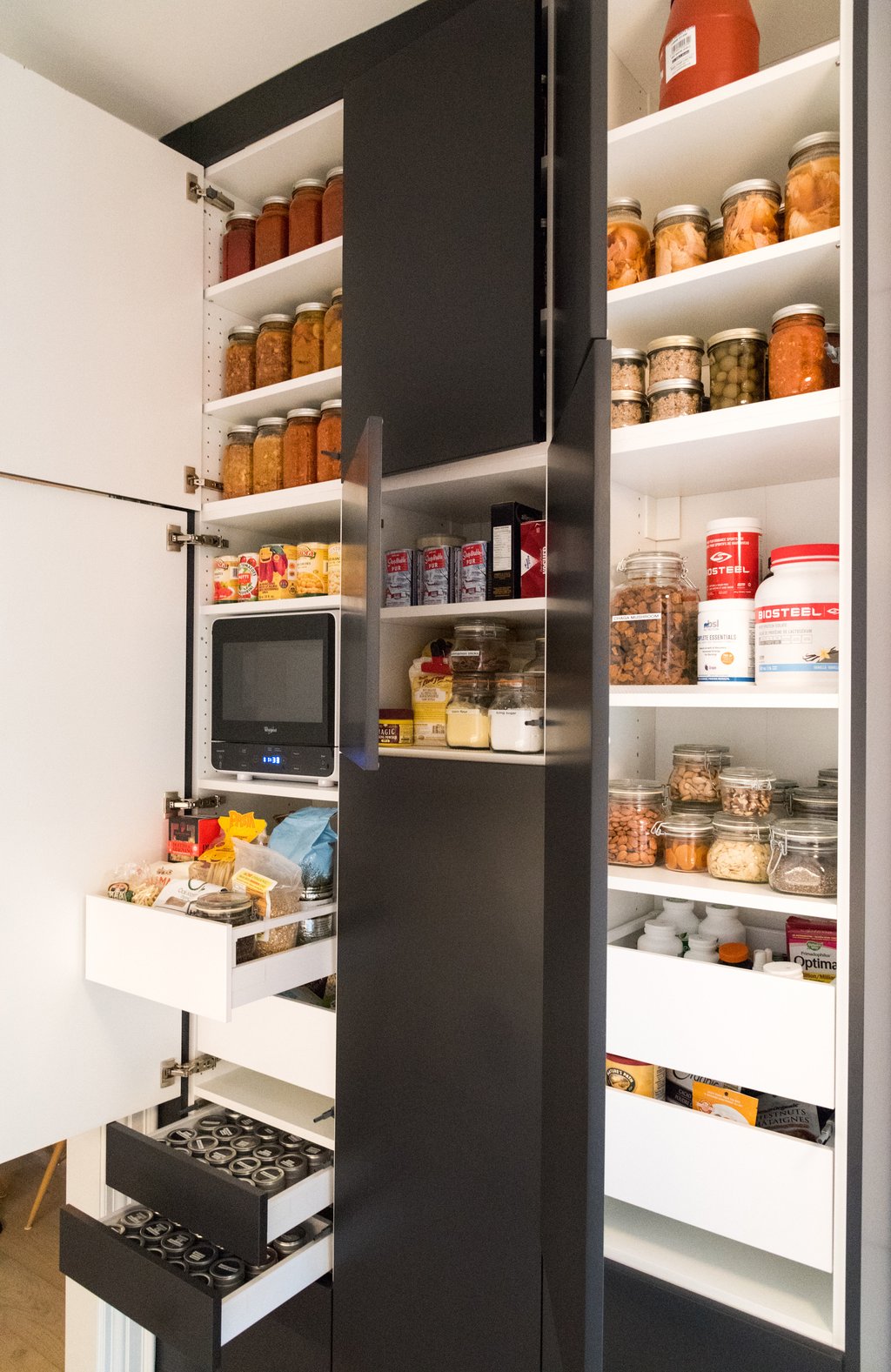 Coffee is its own food group in the Gentile household. Rob loves his Cuadra espresso machine and is currently squirrelling away for a grinder. He uses Manuel Caffe, the same stuff served at Bar Buca. Rob is a bigger fan of antiques than Audrey is. “The first floor is all antiqued out. No more,” jokes Audrey, who prefers clean Scandinavian design:

Rob’s particularly keen about regional Italian cookbooks. He always grabs a new one when he visits Italy: 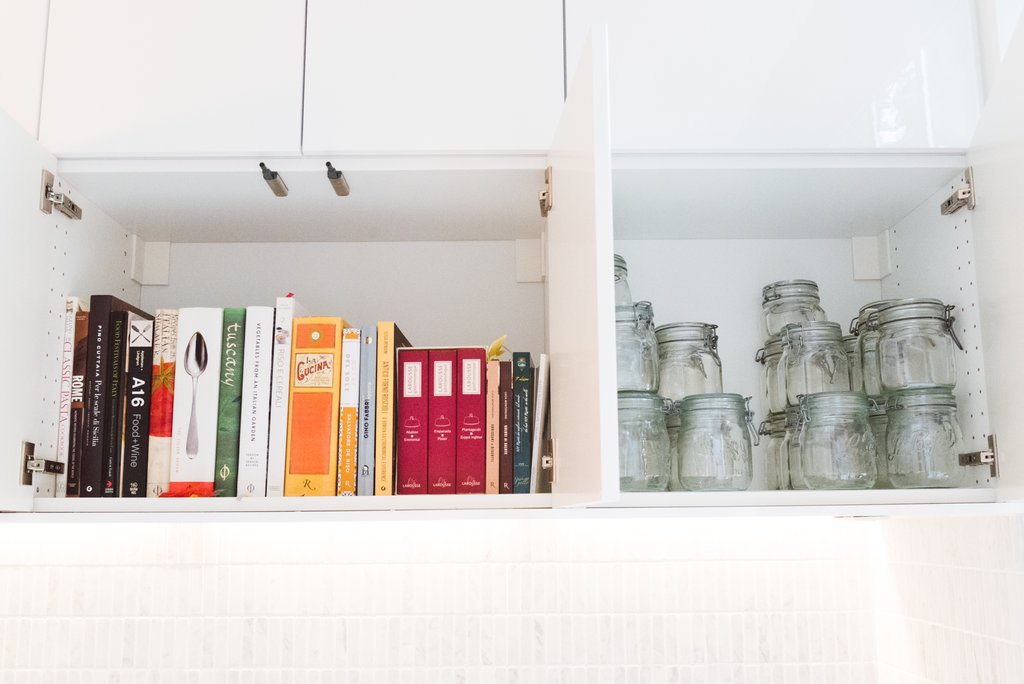 Apart from a few big toys—the oven and the espresso machine—neither Audrey nor Rob are that keen about cooking gadgets. Their most coveted kitchen toys tend to be heirlooms or workhorse objects: 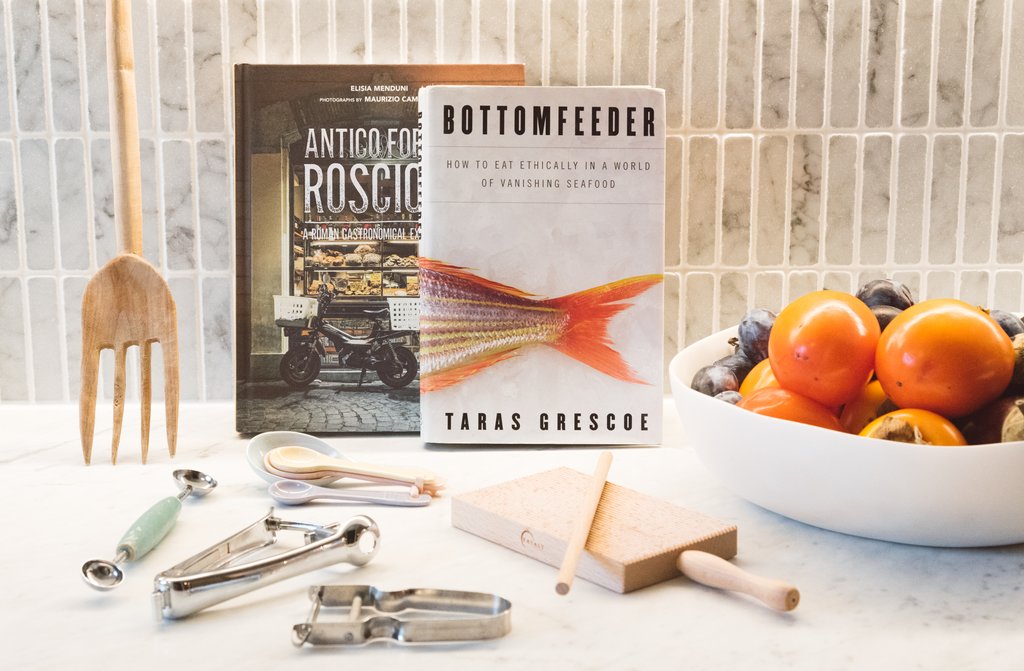 And here they are again, with another very important member of the family, Norma Jean the bulldog.