When Tommy McHugh isn’t helming the kitchen at STK, Yorkville’s swanky new steakhouse, he can be found at home, with his wife, Emily, and one-year-old son, Archer, cooking his family’s wintertime favourite: French onion soup. McHugh makes his from scratch, starting with roasted beef bones and finishing with broiled emmenthal cheese. It’s a crowd pleaser: Just last week he served the soup to his brother Morgan and sister-in-law, Nadège Nourian, of Toronto’s Nadège Pâtisserie. 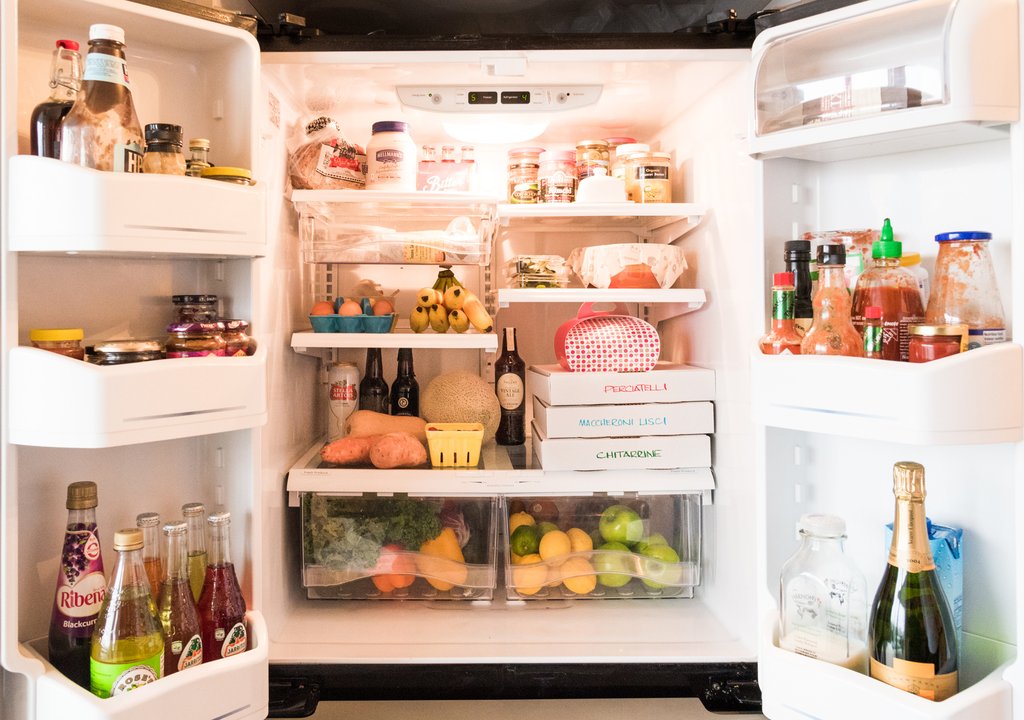 After Emily became pregnant, the couple decided to ditch their condo for something with a backyard. They moved into their 85-year-old red brick semi in Corso Italia a few months before Archer was born. “We used to live so close to the Cheese Boutique, that with a good arm, you could hit it with a stone,” says McHugh who admits he spends far too much money at the foodie destination. “It doesn’t help that Afrim [Pristine] always throws things in our trolley,” he says with a laugh. 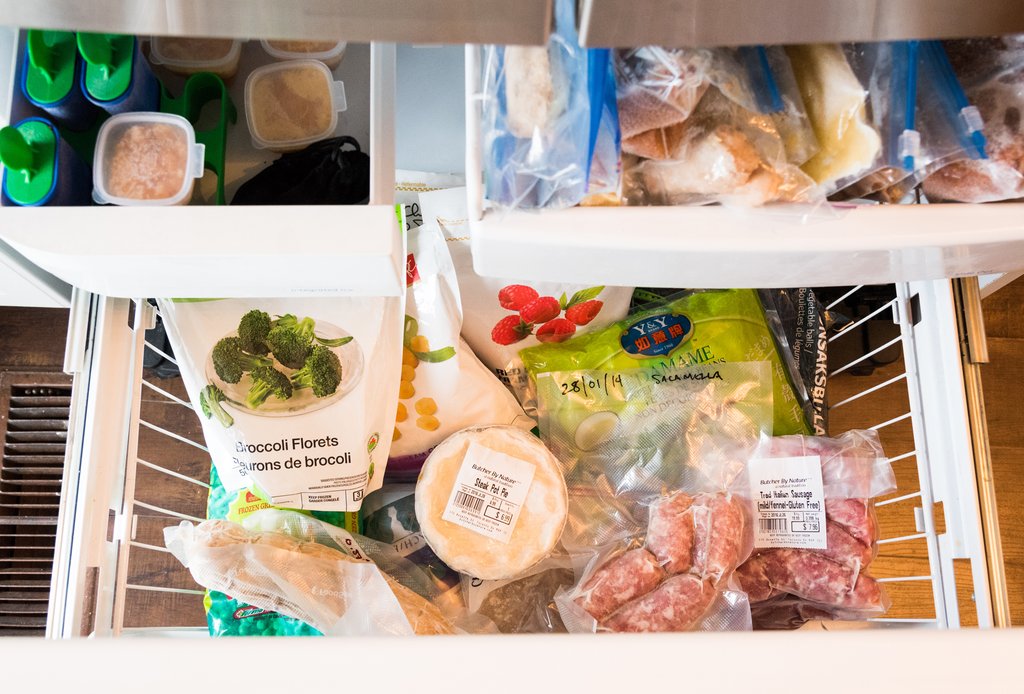 “Apart from my days off—Sunday and Monday, when we usually have company over—I only get to spend mornings with my wife and son,” says McHugh. He cherishes those family breakfasts. He’ll zip up smoothies for himself and his wife Emily in their Vitamix, and make some scrambled eggs with stewed fruit for Archer. For special occasions and anniversaries, the couple always books a table at Café Boulud, but for casual nights out, they’ll go to STK. Last time, Archer conquered the seafood tower. “He ate crab, shrimp, oysters, everything,” says McHugh. “It made me so proud.” 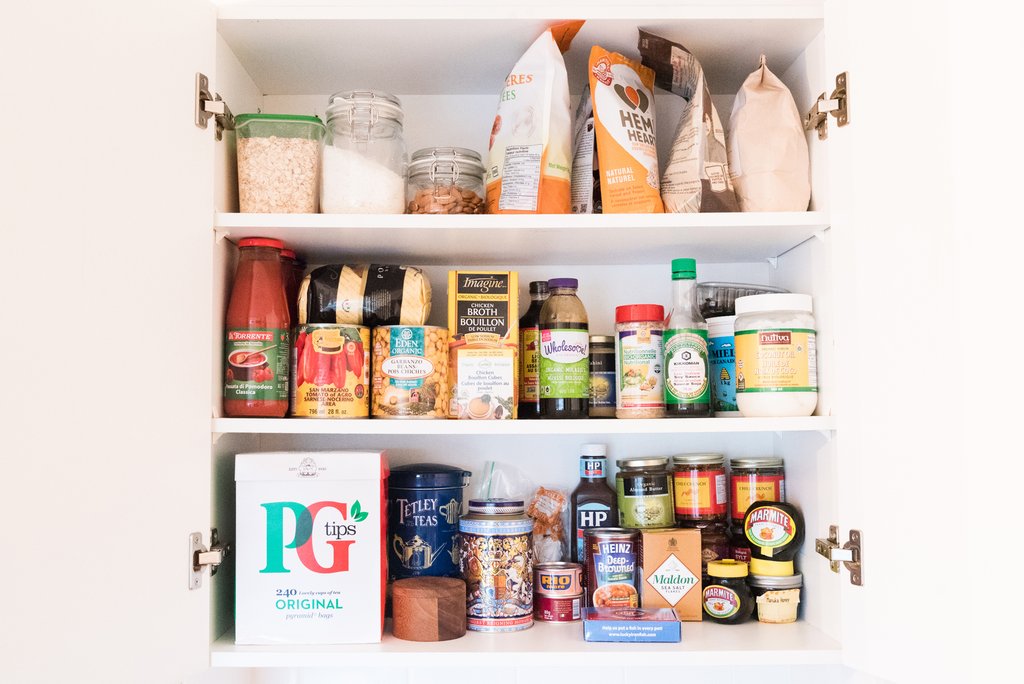 For the most part, the McHughs love their kitchen, which they lightened up with a coat of white paint, but otherwise left it as-is—for now. While McHugh is crazy about his gas stove, he’d love to upgrade one day. “A Wolf range is the dream, but this is still so much better than the induction stovetop we had in our condo.” 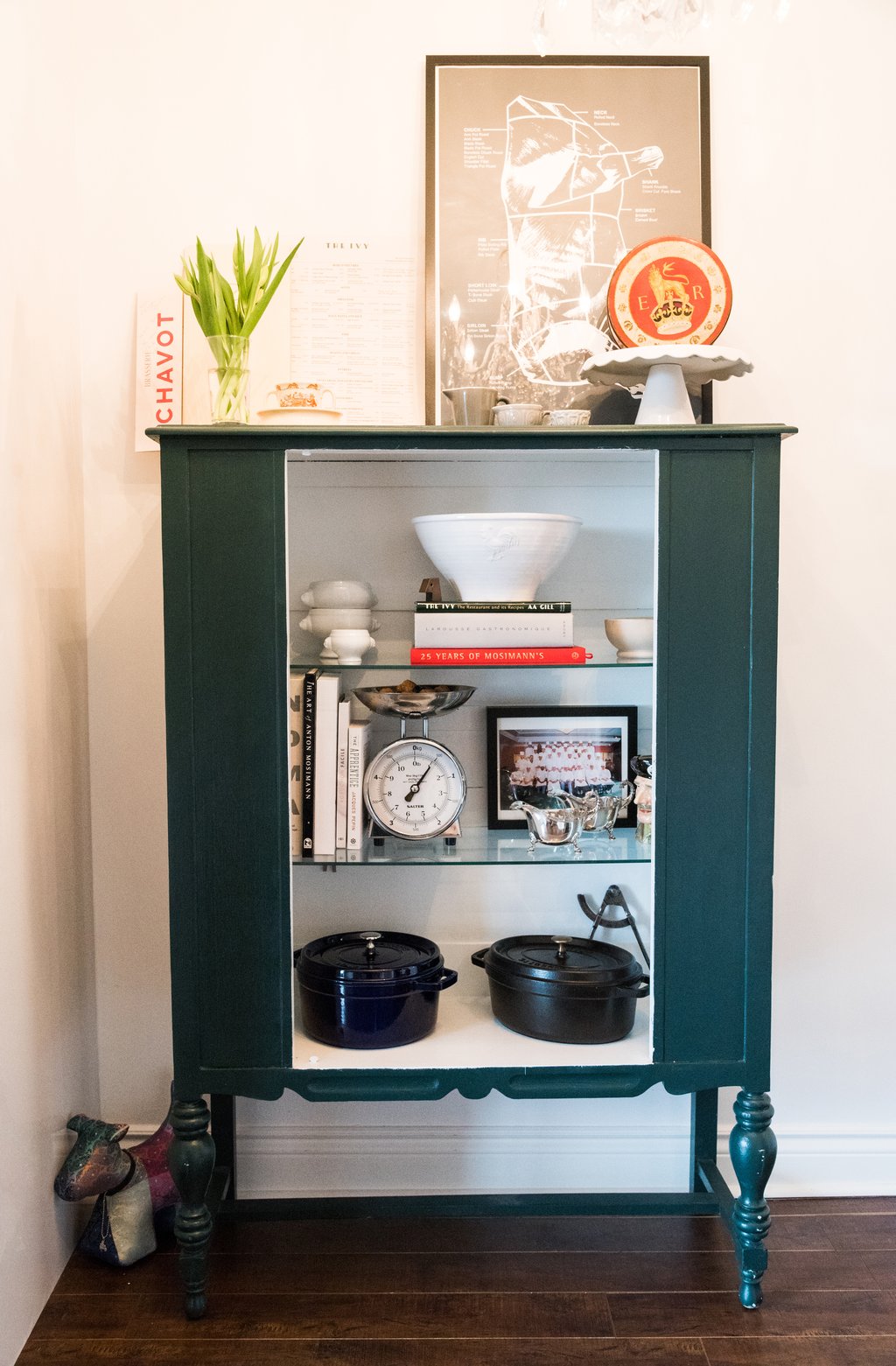 Growing up, McHugh’s grandfather would pop a bottle of Mumm’s champagne every Sunday. “The ceiling in the kitchen was pockmarked like the surface of the moon,” he says. Today, McHugh himself always has a few bottles of French bubbly on hand:

And here’s the rest of their booze collection: 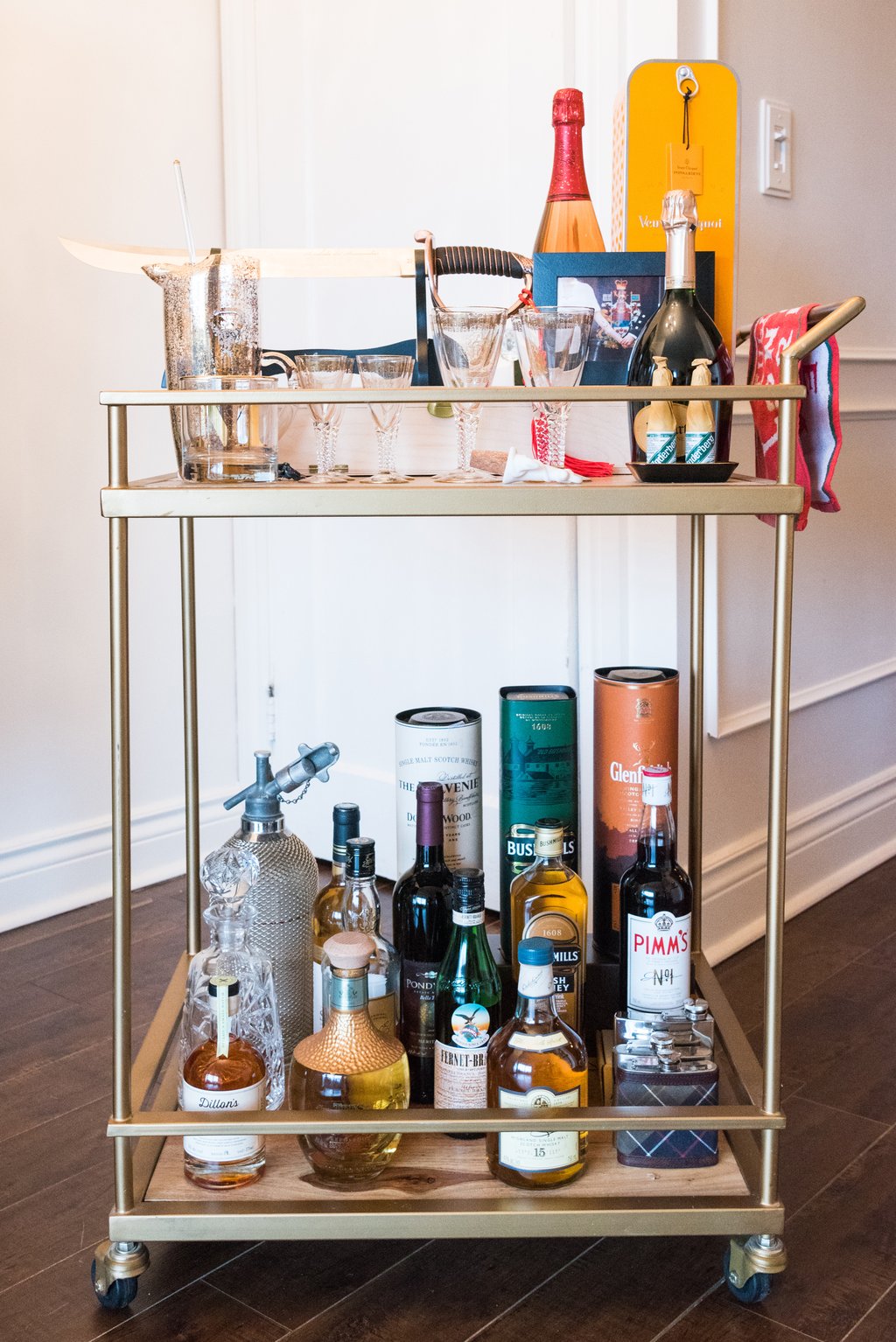 The couple loves to sabre champagne. This sabre was an anniversary gift for Emily: