After years of cultivating anonymity, restaurant critic Chris Nuttall-Smith’s face is about to be blown up on billboards all over town. The ex-Globe and Mail reviewer (and former Toronto Life editor and restaurant critic) is joining Mark McEwan at the judge’s table for the next season of Top Chef Canada. We visited the High Park home that he shares with his wife, Carol Toller, and their son, Cormac, to check out how he stocks his kitchen.

Nuttall-Smith is handy—and proud of it. He doubled the size of his kitchen by blowing out a wall, installed the cabinets himself and built the bookshelves tucked into the wide kitchen island. Previously, the island doubled as a casual dining area, but it was under-utilized, while the bookshelves lining the walls were overflowing. Nuttall-Smith does a lot of grocery shopping in his neighbourhood. He’ll pop into Stasis for cheese, vinegar and cured anchovies. For fish, he’ll bike up to Honest Weight, and he grabs sourdough baguettes from Mabel’s. He buys produce and other staples from No Frills, but when it comes to meat, Nuttall-Smith has specific destinations for particular cuts: Sanagan’s for pork chops, Cumbrae’s for beef and Fiesta Farms for sausages.

When Nuttall-Smith was the Globe’s critic, he would sometimes dine out more than four nights a week, so when he had the chance to eat at home, he was all about salad. “Food that wasn’t just protein and starch, which is what restaurants are all about,” he says. Nuttall-Smith is the main cook in the family, and some of his favourite meals to make are simple ones, like spatchcocked chicken on his charcoal barbecue. 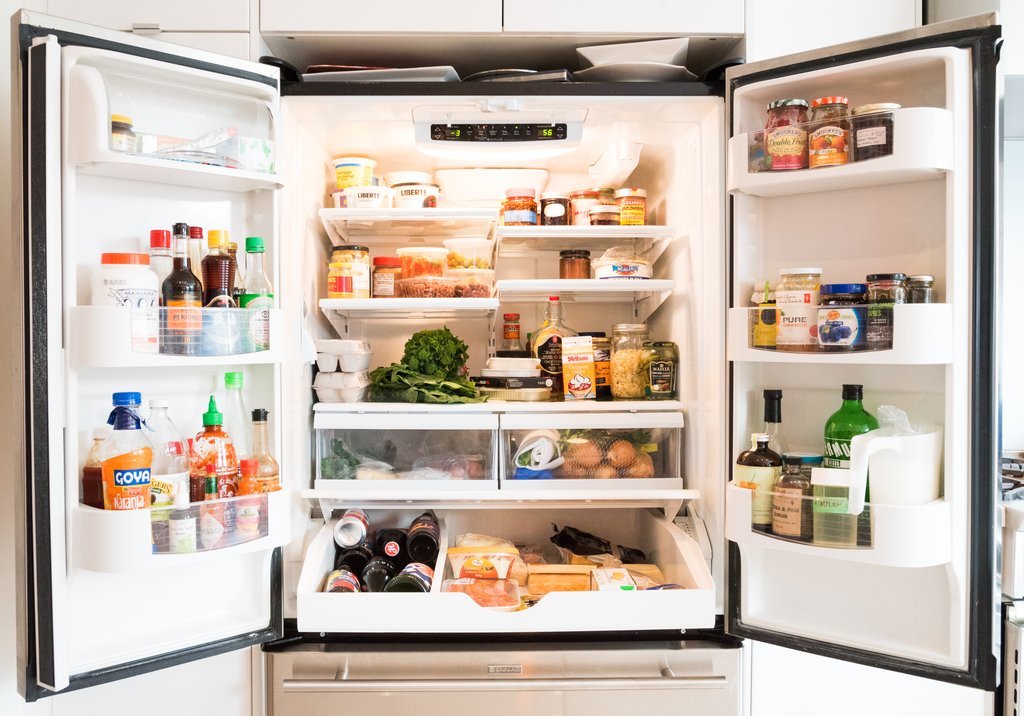 Nuttall-Smith and Toller regularly host epic, 10-person dinner parties. “We call them kitchen parties,” he says. Hors d’oeuvres typically include cheese from nearby Stasis as well as salt-and-vinegar chips topped with canned fish and vermouth-pepper sauce. For the main, he’ll make something like stuffed ravioli—nothing that requires too much last-minute fussing. The largest fête they threw was a sit-down dinner for 18 people. “That was stupid,” he says. 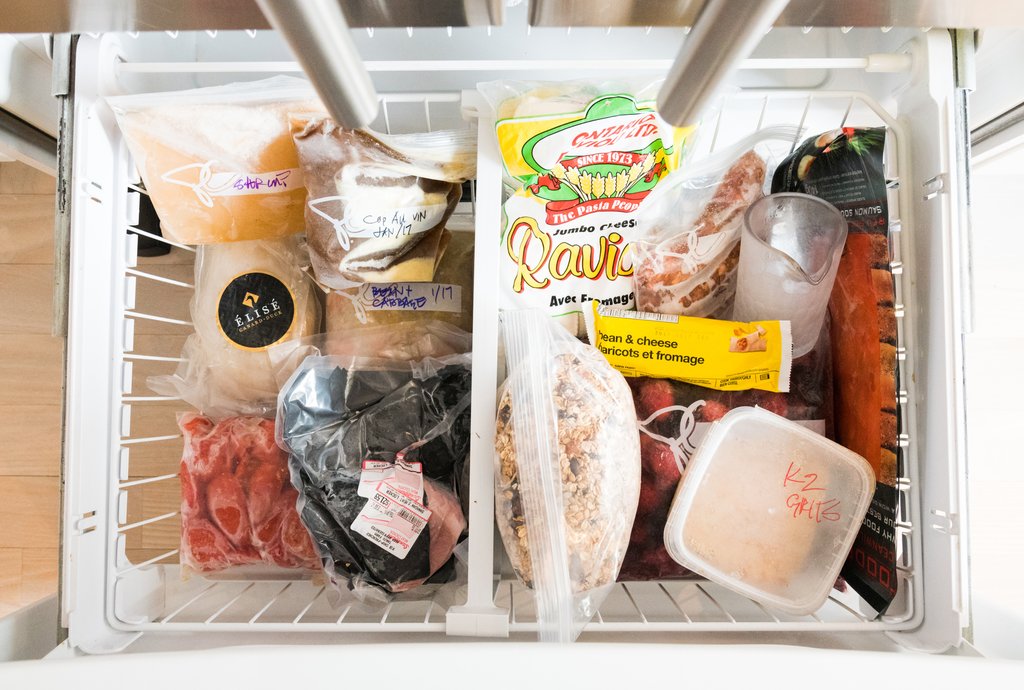 Here’s a look inside one of his cupboards: 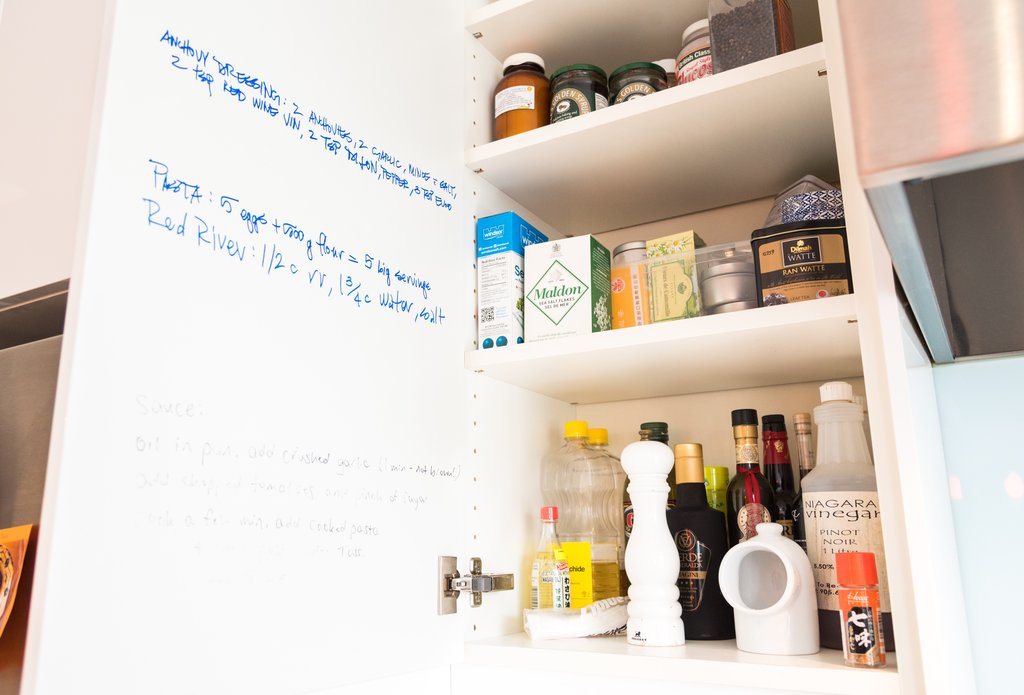 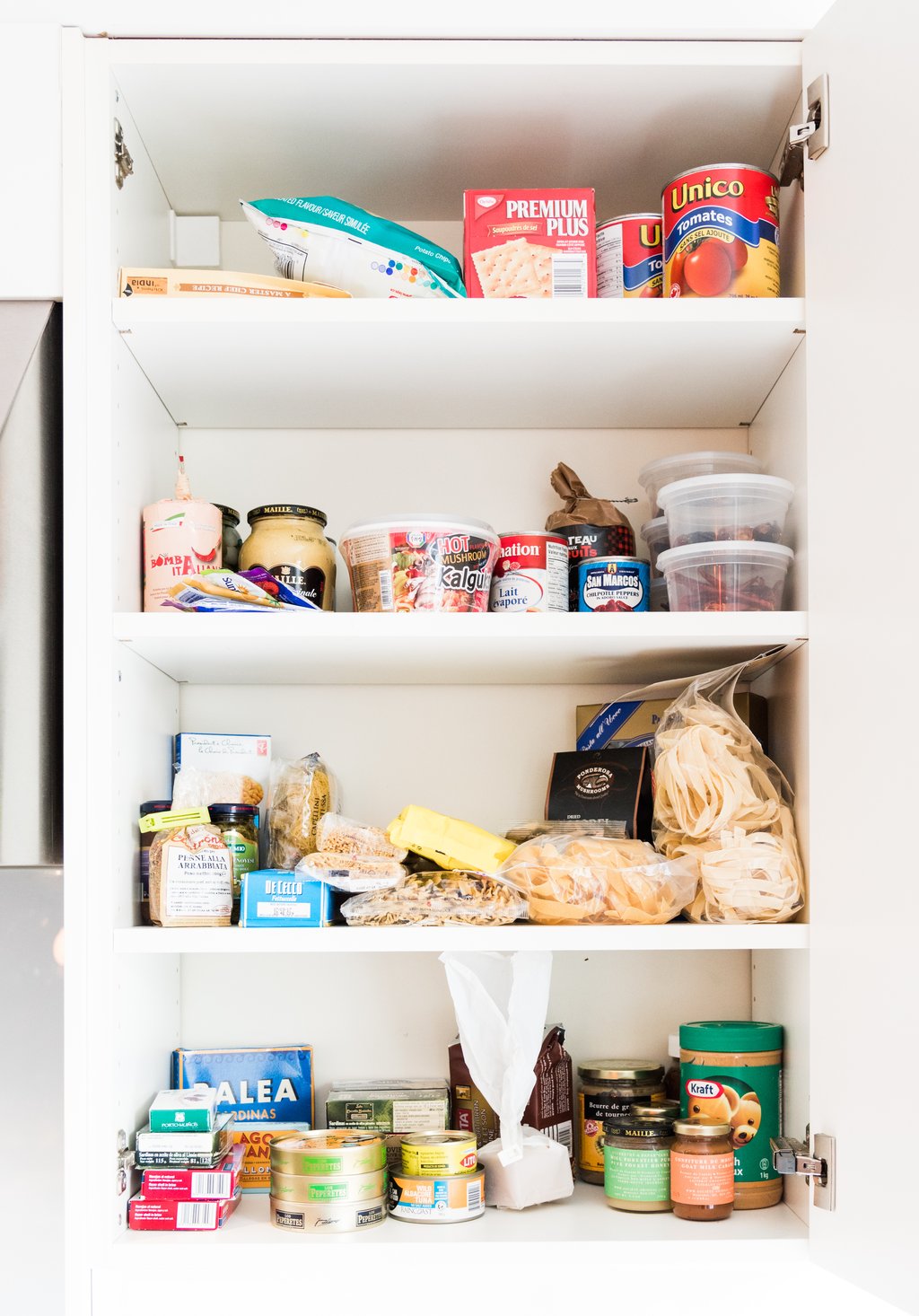 Nuttall-Smith and his wife start all their parties with cocktails. They picked up most of these bottles on various vacations: 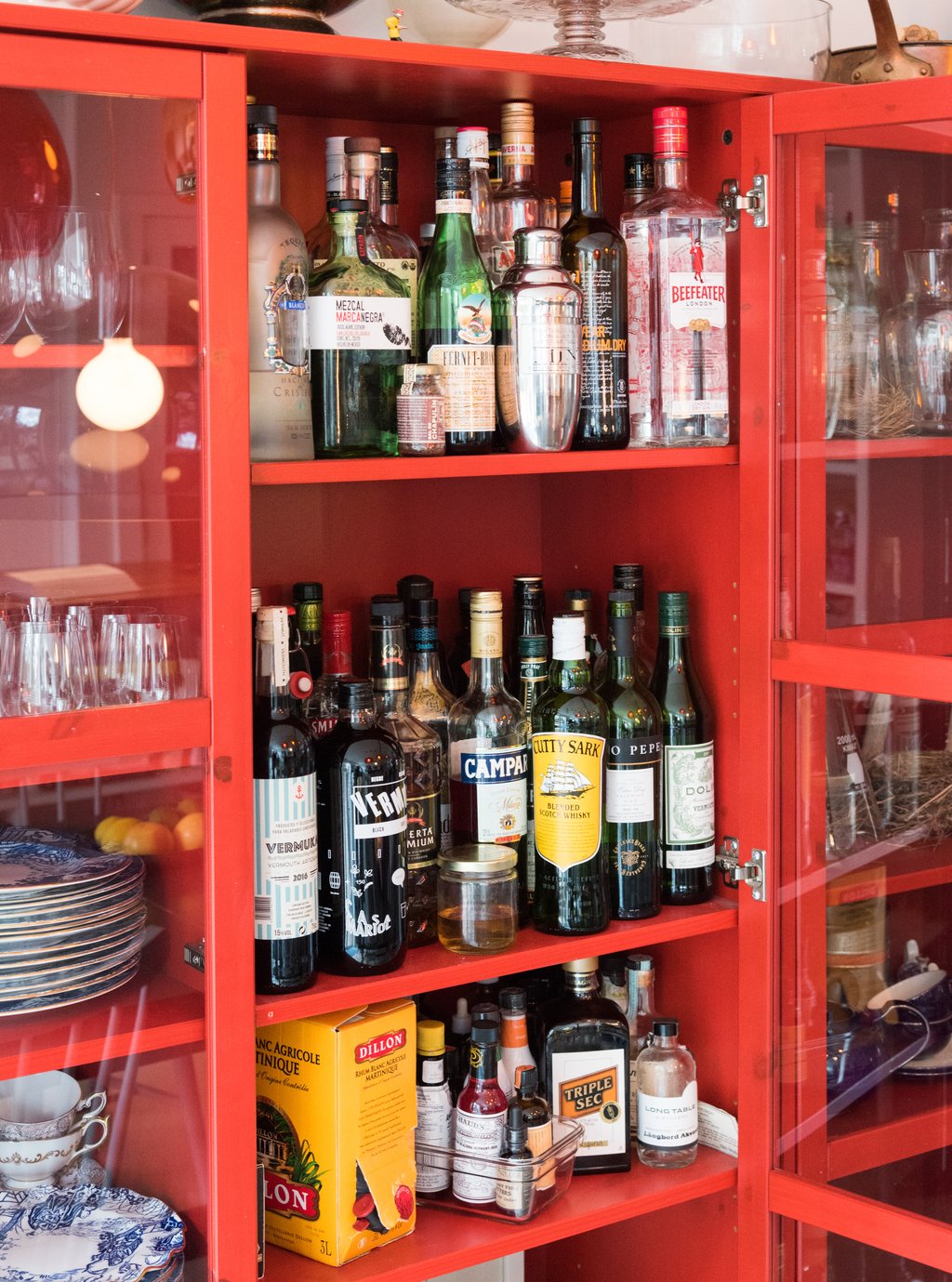 Nuttall-Smith has a voluminous cookbook collection. Here are a few of his favourites: 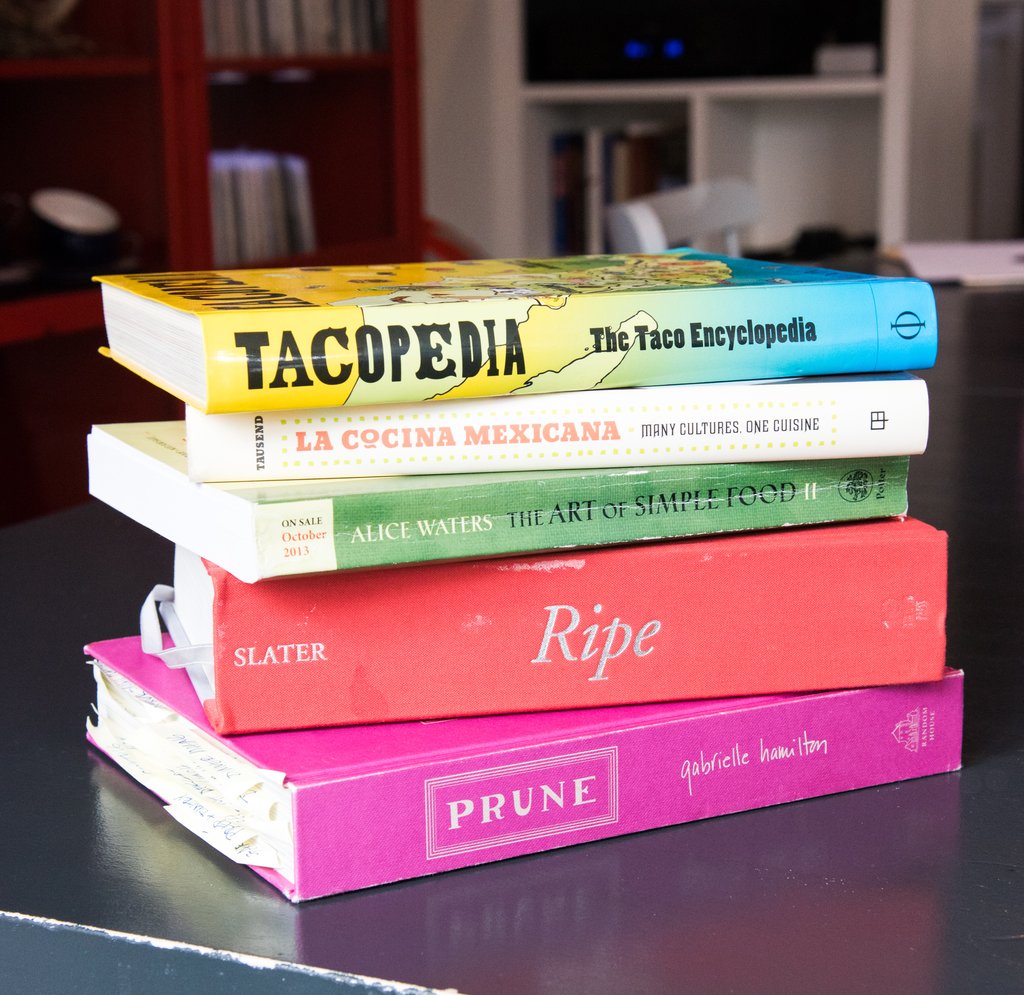 He doesn’t have too many high-end kitchen gadgets: 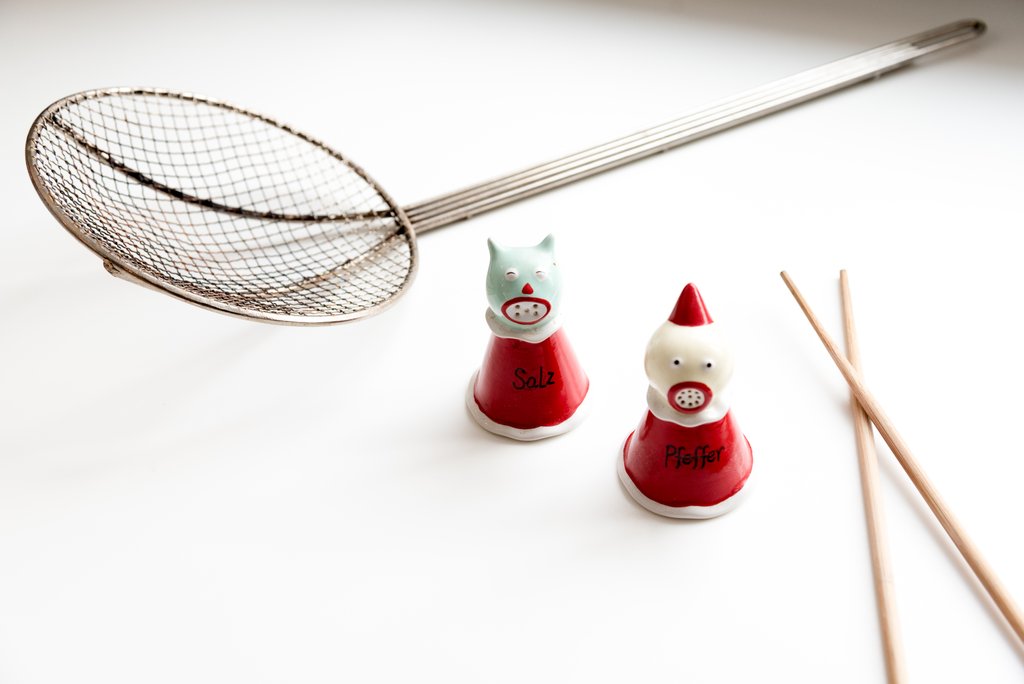 Here are some of his trusty knives (and some crusty rye): 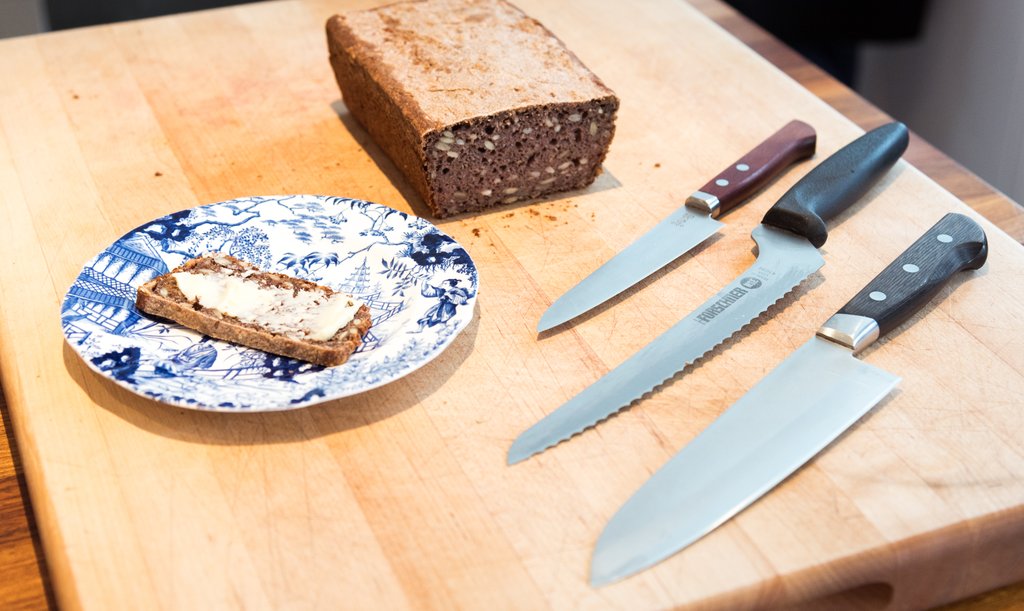 Nuttall-Smith stores the metal parts of this grinder in the freezer (so the meat doesn’t get mushy when he grinds it). His homemade burgers are 50/50 brisket and beef heart. Cormac is a huge fan of them: Three years ago, Nuttall-Smith went to Japan for the Globe. Every ice cream shop in Tokyo had one of these light-up cones, so he figured it would be easy to find one. “Because Japanese are so seasonal about everything—and because it was fall—everyone had put them away,” he says. On his last day there, he managed to track one down. In order to fit it into his checked luggage, he stuffed the cone and ice cream topper with his clothes.