Kiin’s Nuit Regular is judging “Chef Artois” this week, and she expects perfection

Kiin’s Nuit Regular is judging “Chef Artois” this week, and she expects perfection

Get your sneak peek of episode 6 here

On the next episode of “Chef Artois”—an eight-part culinary miniseries in support of Rally for Restaurants—we’re heading to Toronto’s Entertainment District, where Kiin owner and executive chef Nuit Regular will judge two home cooks as they try to make one of her signature dishes: thoong thong.

Hosted by Pay Chen, “Chef Artois” takes you inside some of Toronto’s best kitchens, where renowned chefs will unveil the recipes behind their signature dishes. These chefs, however, won’t be cooking. Instead, two home cooks will be putting their culinary skills to the test in a competition to earn the coveted title of Chef Artois alongside a $1,000 prize pack.

There’s nothing regular about Chef Regular’s Thai cooking, and Kiin is no run-of-the-mill Thai restaurant. Kiin is dedicated to Royal Thai cuisine—a rarefied style of cooking that shares some of Japanese kaiseki’s lavish attention to detail. Everything is so daintily pretty, you might find yourself fighting the urge to leave your plate untouched. But at Kiin, every little dumpling is as delicious as it is dazzlingly pretty, so best snap that Instagram picture and dig in before it gets cold. 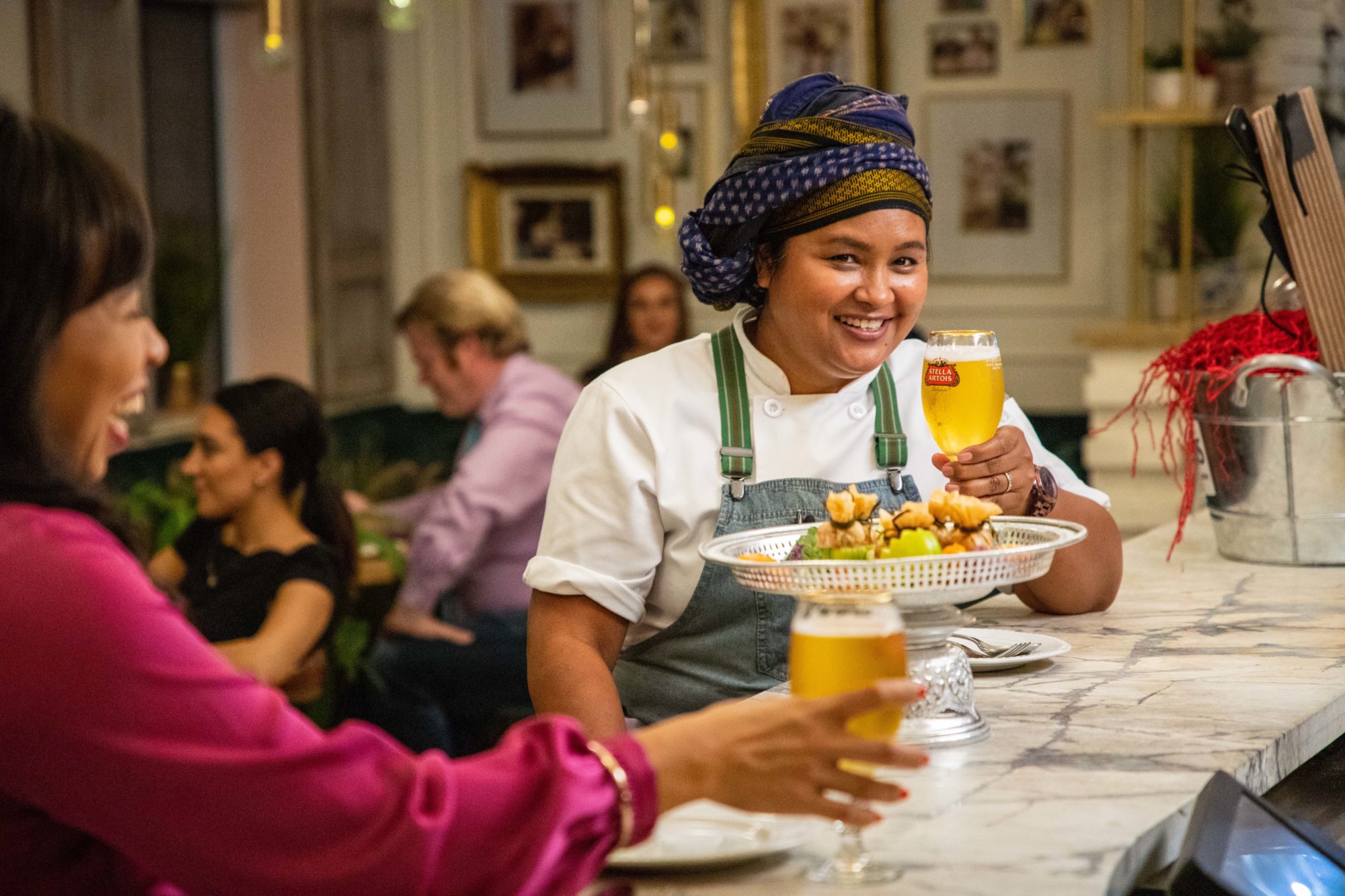 For the “Chef Artois” contenders, Regular has chosen a seemingly simple deep-fried dumpling for them to recreate. Thoong thong are chicken-and-shrimp stuffed dumplings folded to resemble wee chive-tied purses (roughly translated, thoong thong means “golden bag”). But looks can be deceiving—this two-bite dumpling cradled in a cucumber cup might be one of the hardest “Chef Artois” challenges to date.

“As with all Royal Thai cuisine, the flavours need to be balanced and the presentation has to be stunning. Everything needs to be perfect. From how the dumpling sits in the cucumber bowl to the crimping and wrapping—it all has to be perfection,” says Regular. “Nothing less than 100 per cent will do.”

Will the contestants be able to recreate Kiin’s dainty dumplings with only 60 minutes on the clock and no time to prep? Get a taste of the cookoff action below—then come back to torontolife.com/chefartois on October 14 for the full episode.